An awesome sporting event, great watches and amazing architecture all in one
Balazs Ferenczi
comments ...
Share

Bilbao is the largest city in northern Spain and the 10th largest overall in the country. It is an industrial port city with a population of about 350.000 people. Other than being an important place for the northern Spanish industry, Bilbao is also the capital of Biscay, one of the territories of the Basque country. The landscape is just beautiful with large mountains on both sides, and the Nervión River that runs through Bilbao.

As far as architecture is concerned, the best-known building is the Guggenheim museum. It was built in 1997 and designed by architect Frank Gehry. This amazing building is home to pictures and sculptures by many contemporary artists such as Andy Warhol, Jean-Michel Basquiat, or Jeff Koons. The Guggenheim also serves as the backdrop to the Red Bull Cliff Diving championship’s final stop. Mido is the official partner of the event, so when they invited us, we could not say no. 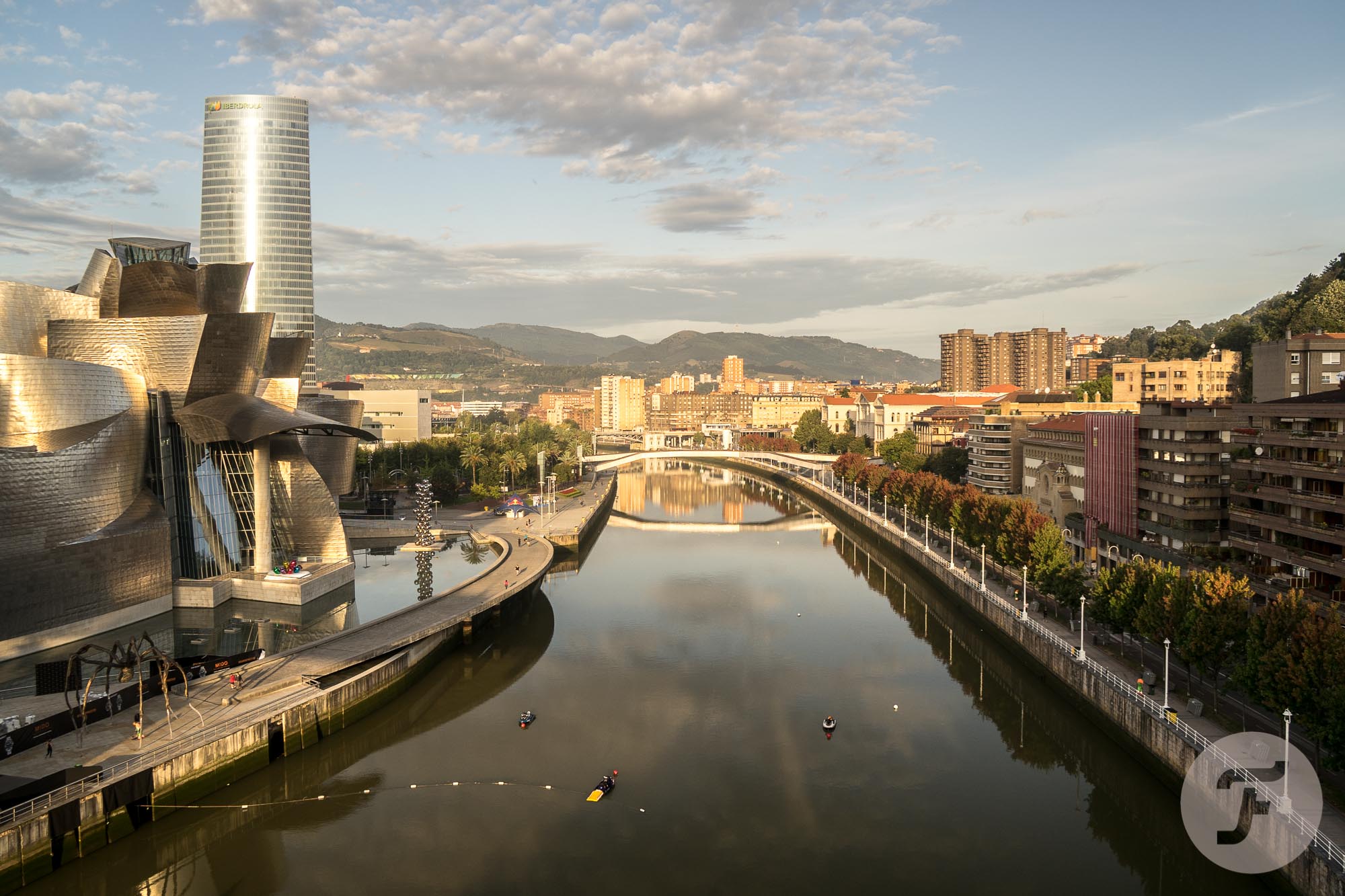 Many of you know a lot about Mido (perhaps even better than me), I’m sure. However, for the ones who have not yet heard of the Swiss brand, here are some details. Mido was founded in 1918 by Mr. Georges Schaeren (and his brother Henri). They later relocated the company to Biel (1946). Mr. Schaeren was already an experienced watchmaker who had previously worked at many local watch companies when he established his brand. The name Mido comes from “Yo Mido” Spanish for “I measure.” In the early days, the brand focused on elegant, ladies’ watches as well as timepieces that took inspiration from the growing automotive market. They looked like radiator grills of cars by certain brands such as Bugatti, Fiat, or Hispano-Suiza. In 1934 Mido introduced the Multifort model line, something that became the trademark for the Swiss company for the next 20 or so years. 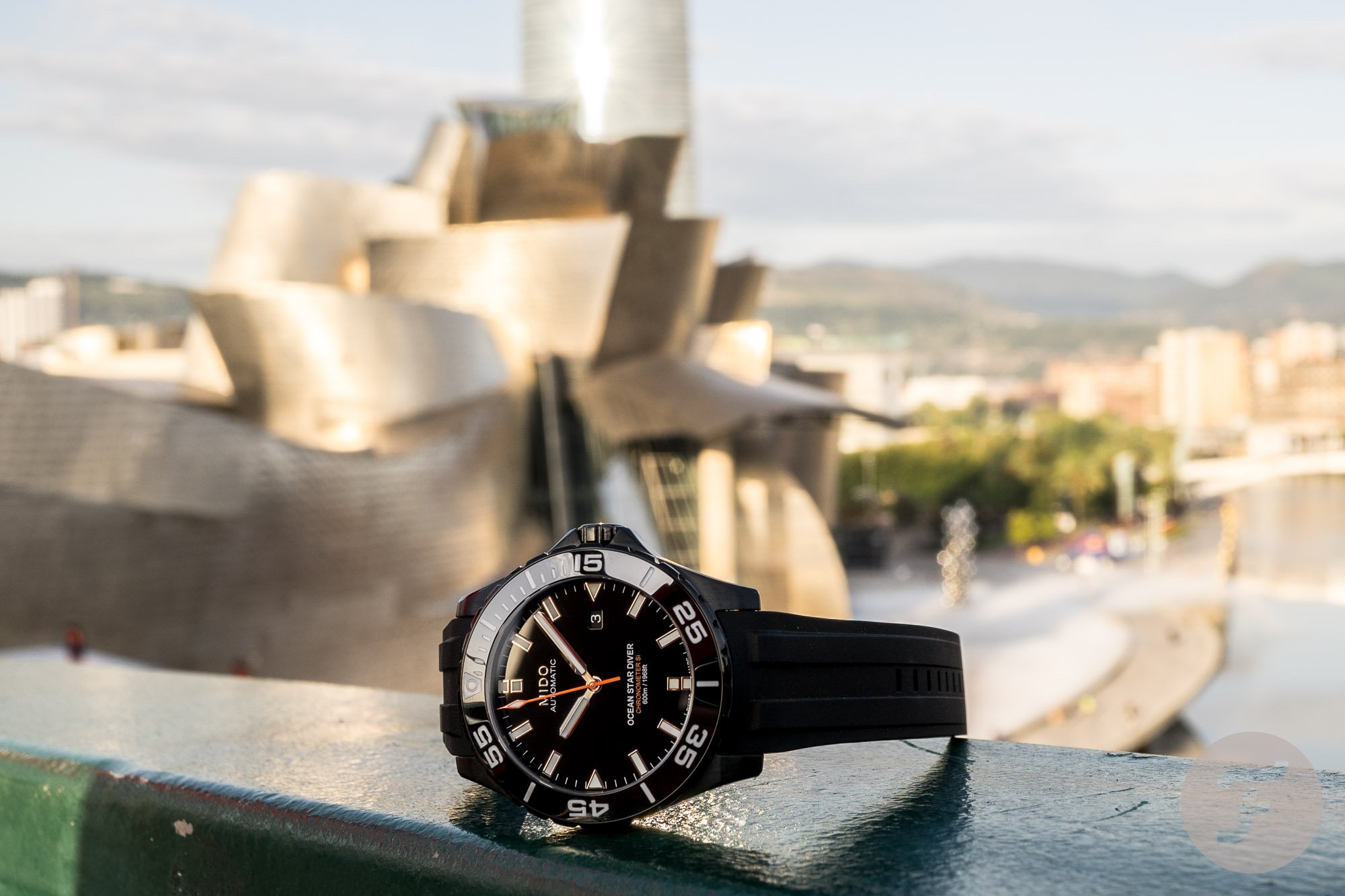 Mido Ocean Star Diver in front of a fitting background

Then In 1944 Mido’s new line, Ocean Star was born. During the 1950s, Mido presented Powerwind, a self-winding mechanism. Here due to the smaller amount of parts, the power reserve and reliability of the watch increased. Just at the end of the same decade in 1959, Ocean Star models were presented with monocoque, or as Mido calls it, single-shell cases. This helped with the watch’s water resistance. While the new Ocean star models do not have such a case design anymore (unlike some of Mido’s Commander models), it was this line that served as the reason for us to visit Bilbao and the Red Bull Cliff Diving championship. More about it a bit later. What’s still worth mentioning amongst other things is that in 1981, tennis legend and former World no. 1 player Björn Borg became the brand’s first ambassador. Today Mido is part of the Swatch Group. 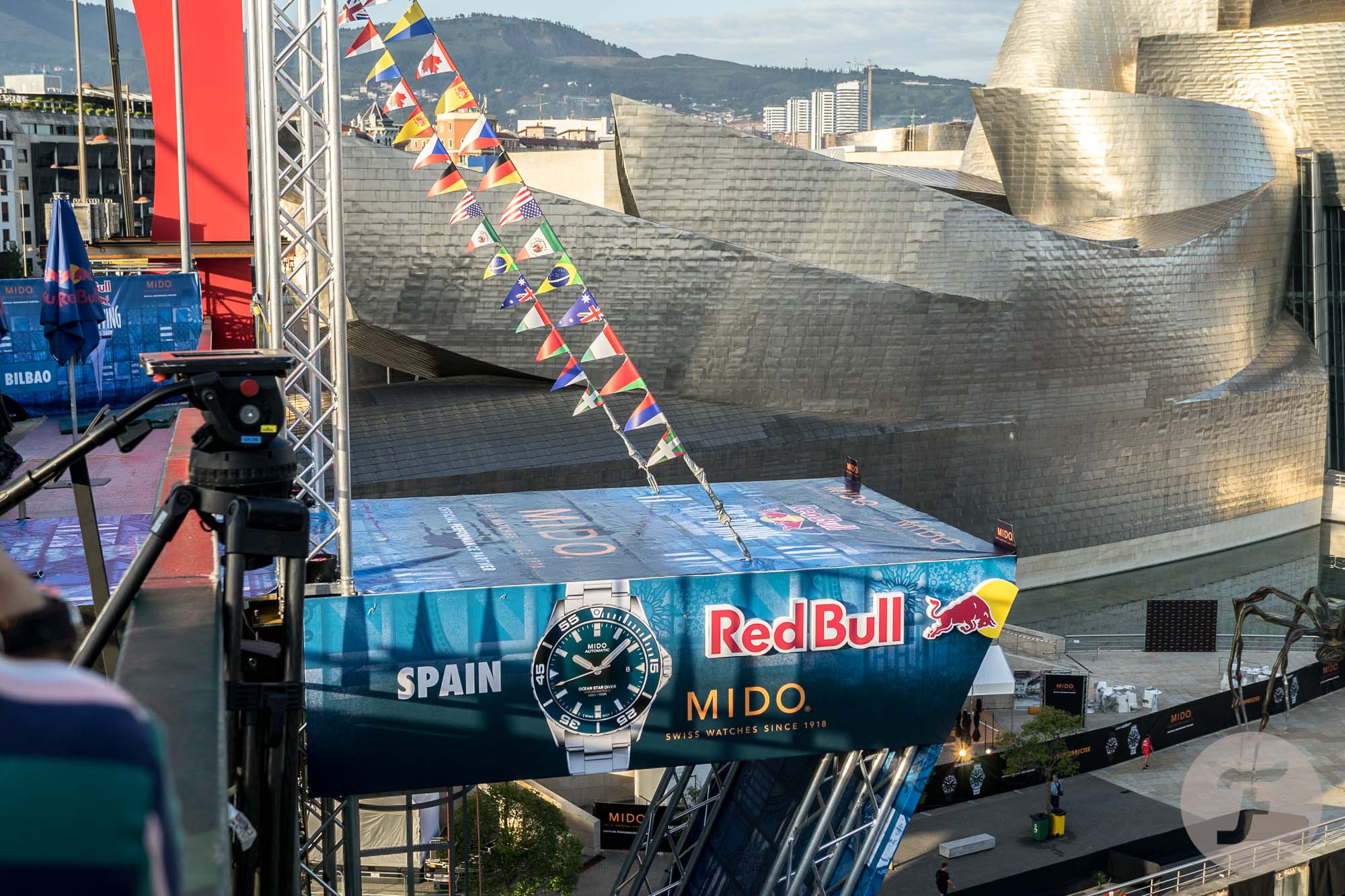 Mido is the partner of the Red Bull Cliff Diving, but solely this is not the reason for them to invite journalists from all over the world to the last stop of the championship. It is something else. As I write above, the Ocean Star line came to the market in 1944, 75 years ago. To commemorate this unique occasion, Mido released two exceptional timepieces; the Ocean Star Tribute. Available either in the Mediterranean blue or deep black, the Ocean Star Tribute models bear many characteristics of Mido diving watches from the 1960s. Their case size at 40.5mm is modern yet not large, made of 316L stainless steel. As a diver should have, the Ocean Star Tribute has a unidirectional rotating bezel with black or blue aluminum inlay – to match the dial’s color. As you’d expect it, the watch has water resistance up to 200m (660 ft.). 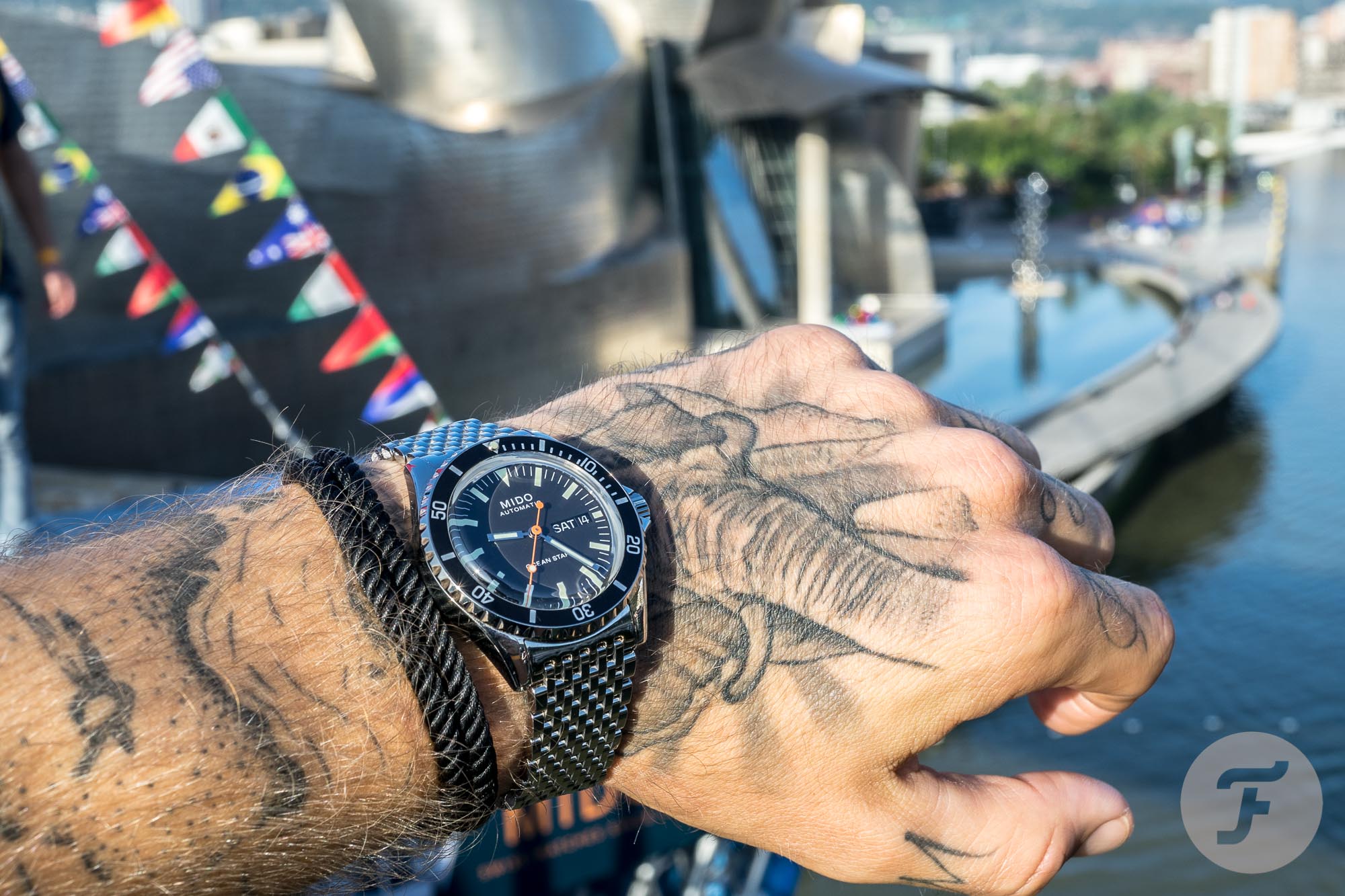 Mido Ocean Star Tribute being modeled by one of us from the team (sadly, not me)

The Ocean Star Tribute was the reason for the weekend. Yet, we still need to talk about the event itself. Mido is proud to partner with the Red Bull Cliff Diving and, as such, has a prominent role which allowed us to experience things an average spectator would not usually have the chance to do. During our behind the scenes tour, we saw and walk on the platform the divers jump from. Even though it does not look that crazy to jump into the Nervión river from a bridge, I would not suggest anyone try it. Those guys are jumping from 27 meters and impact the river at a speed of about 80-90 km/h. Just as a comparison, this speed equals landing on concrete from 9 meters high. Maman, the spider sculpture in front of the Guggenheim is about this high. 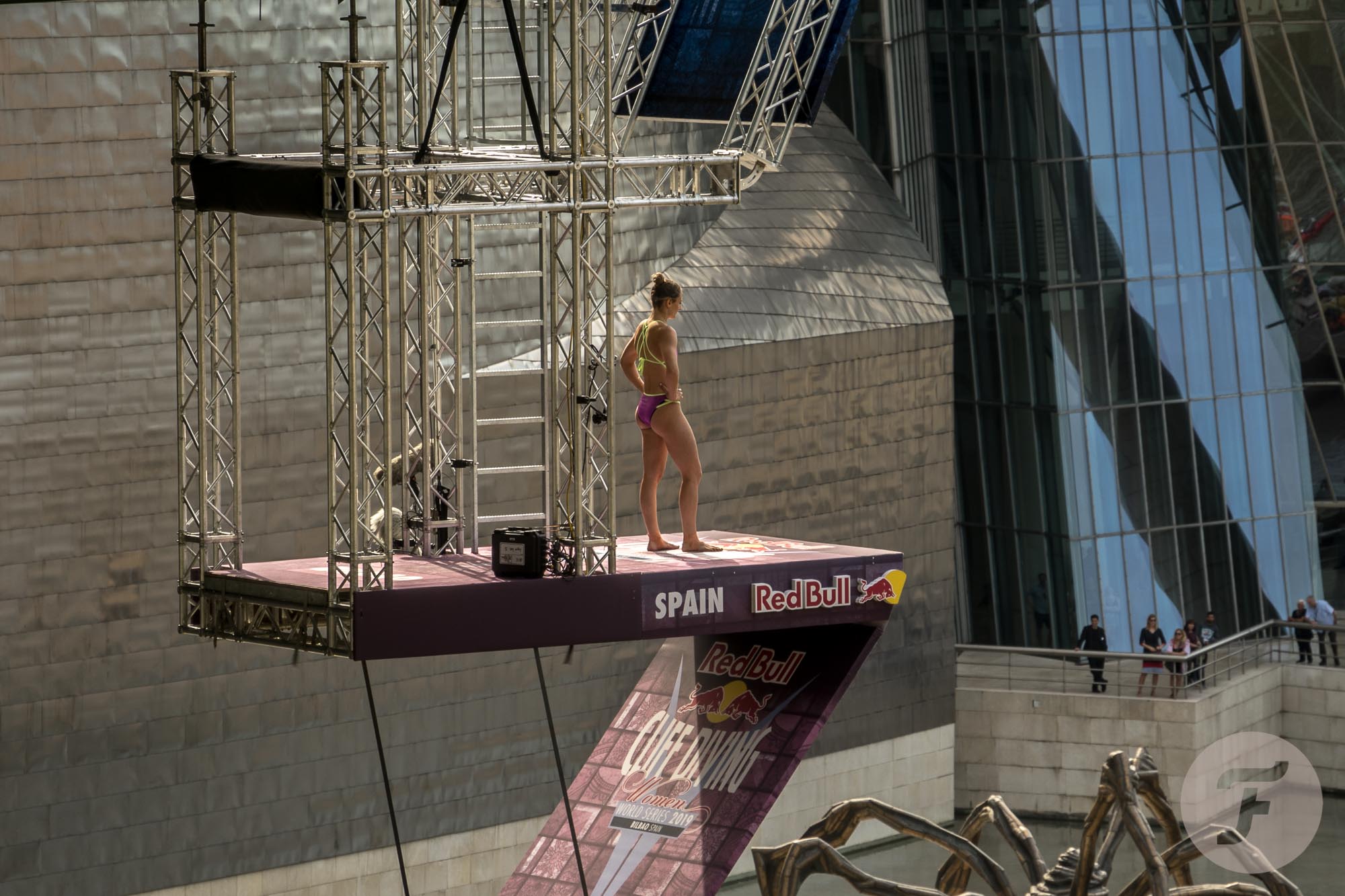 Imagine jumping from its back to the sidewalk. Not to mention that a river (or sea, at other locations) is not a pool. Meaning, the water is not clear, always waving and shining in your face. So, each and every jump requires concentration, preparation, and perfect execution. When the divers signal that they are ready to jump, it is somewhat fearful to hear the airhorn and witness what follows it; The complete silence of 27,000 spectators. As the divers prepare for their jump, the whole area with all its spectators is totally quiet. A few seconds of somersaults, twists, turns, and then a huge splash that triggers ovation from the crowd. The music comes back, and the commentator calls the numbers by the judges, and a jet-ski rushes in to take the jumper out of the river. 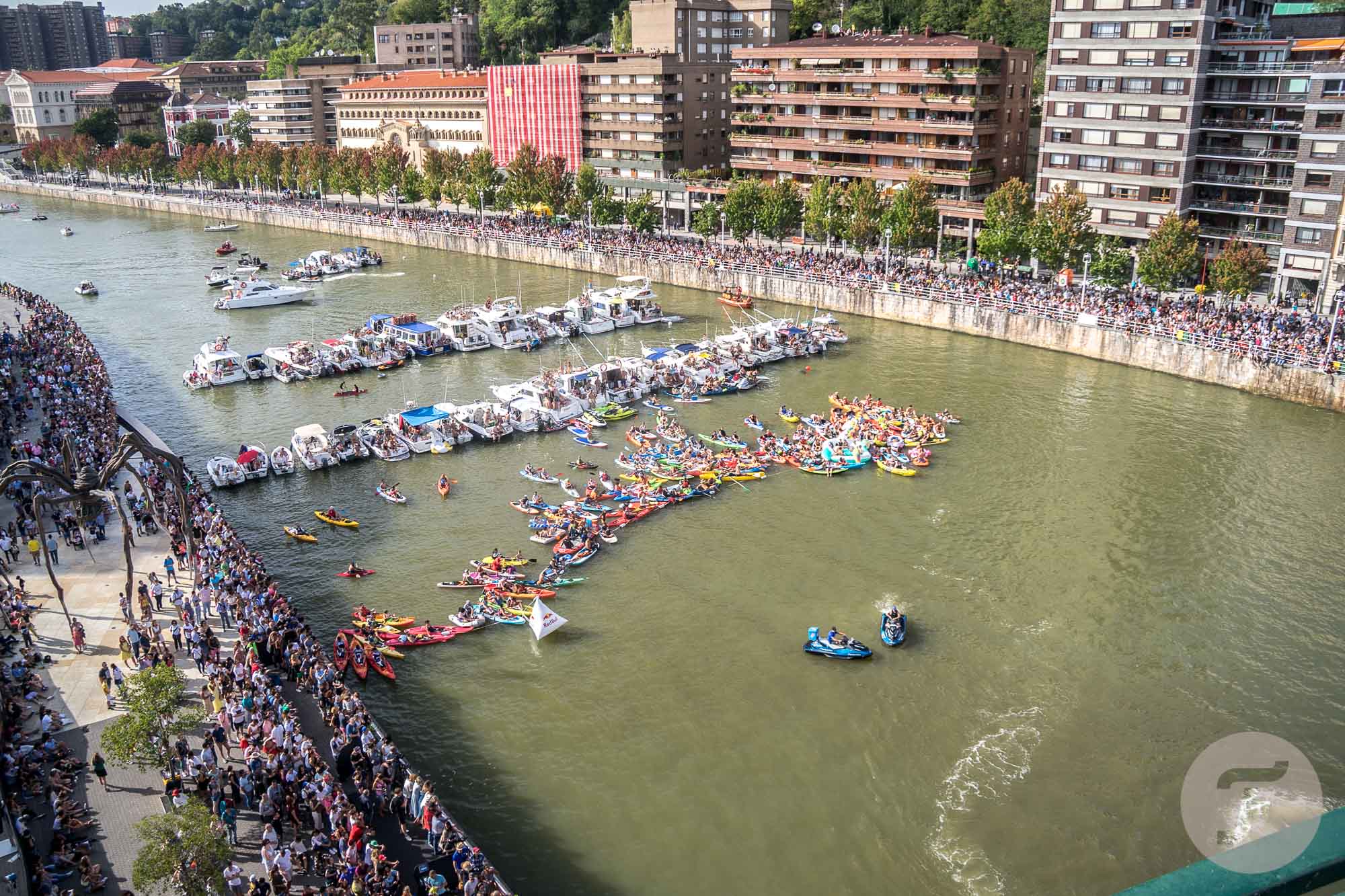 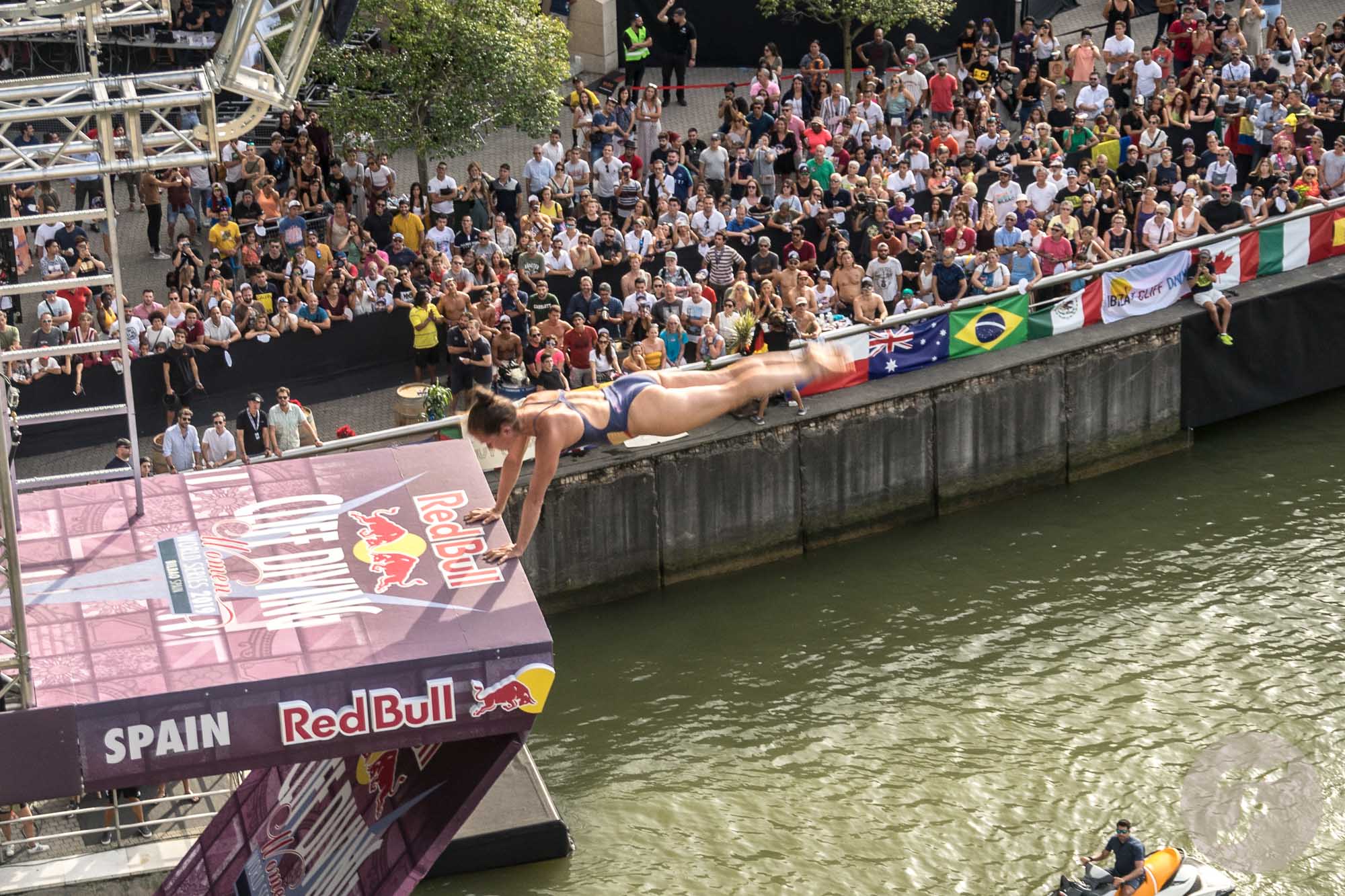 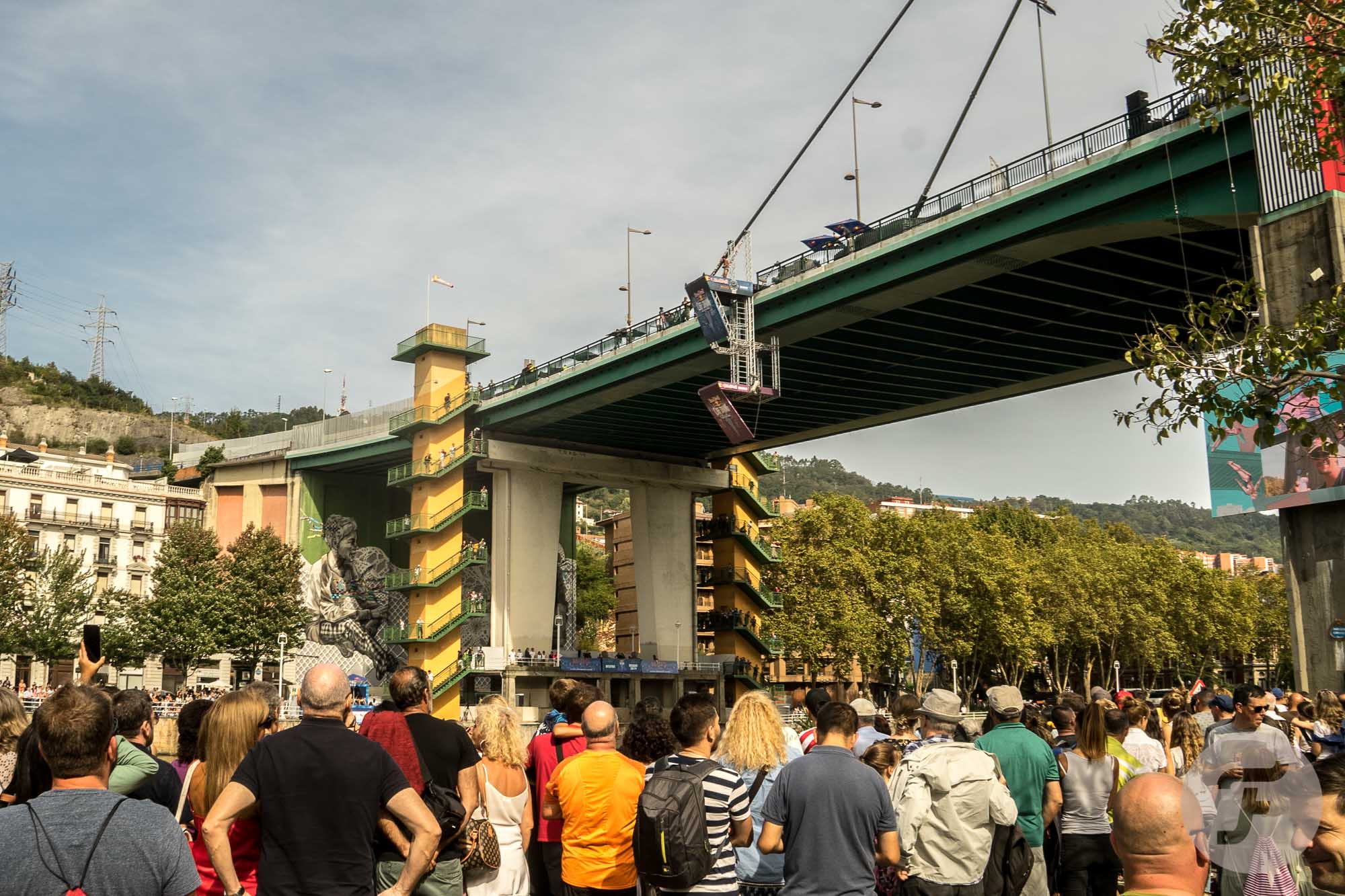 To see these fantastic divers in action was worth the trip, especially in a city like Bilbao. I’m lucky enough to have been to a few Red Bull events already (here’s my report of the Red Bull Air Race in Budapest last year), and all I can say is that the organization is top-notch and the enjoyment is guaranteed. Mido, with its long history of diving watches, is a perfect partner, so I can only hope that this collaboration will last a good few years. As far as the Ocean Star Tribute is concerned, with any luck, we will be able to get one soon for a review. With its cool vintage look (especially on the Milanese-esque bracelet) Mido Caliber 80 movement and super friendly sub-€1,000 price, the Ocean Star Tribute will surely be a success. More on it when we can finally put our hands on one. 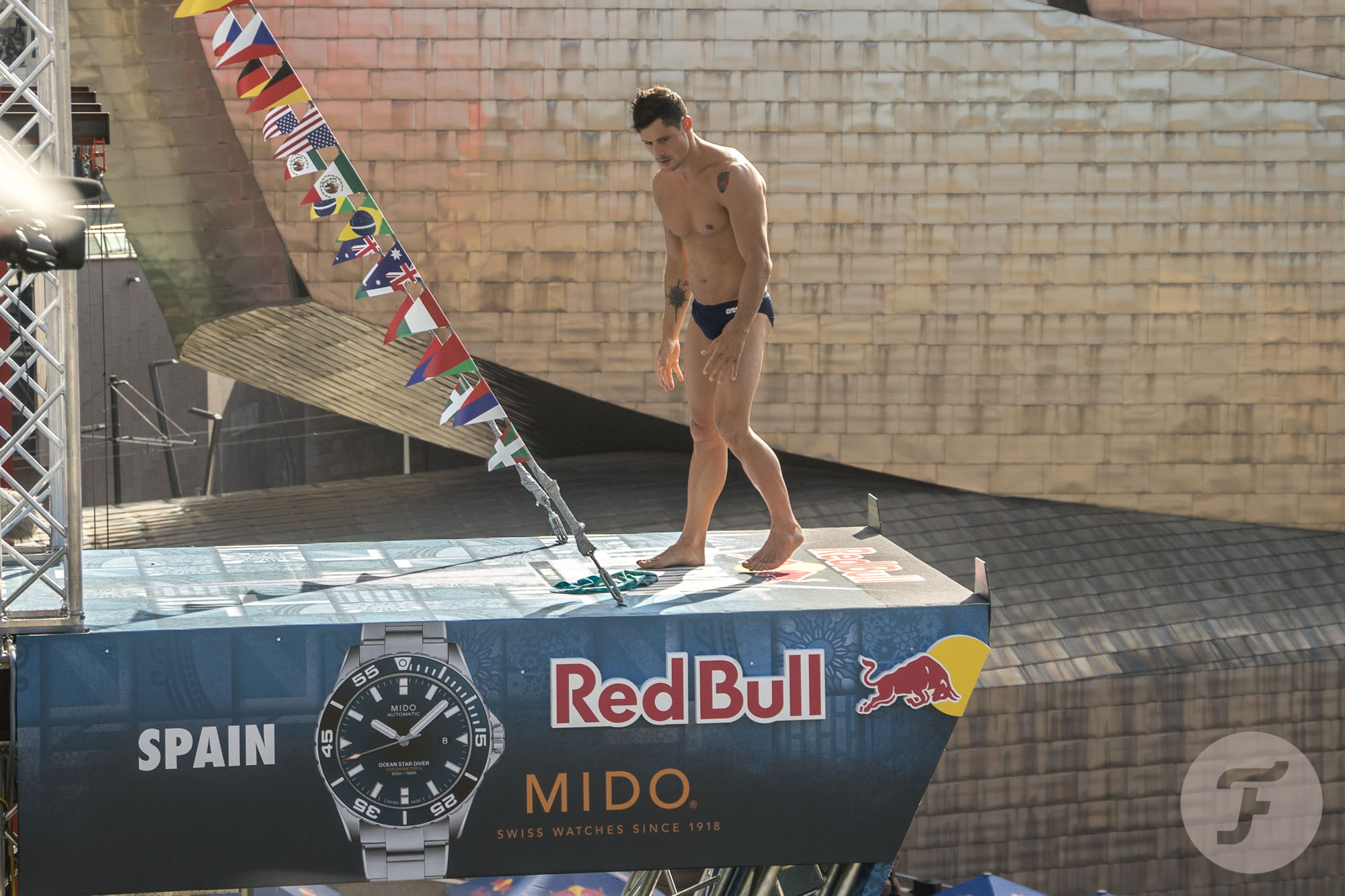 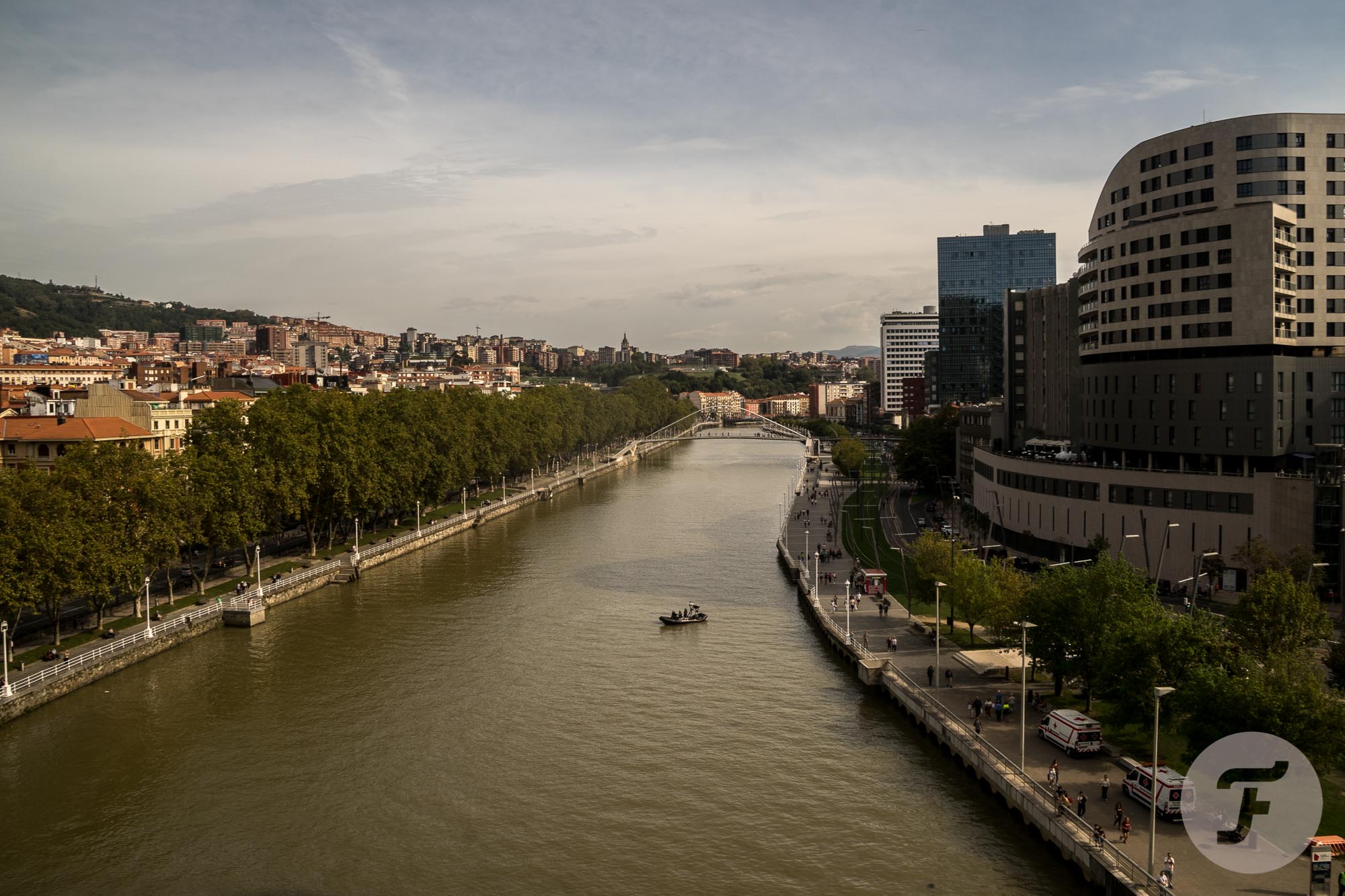 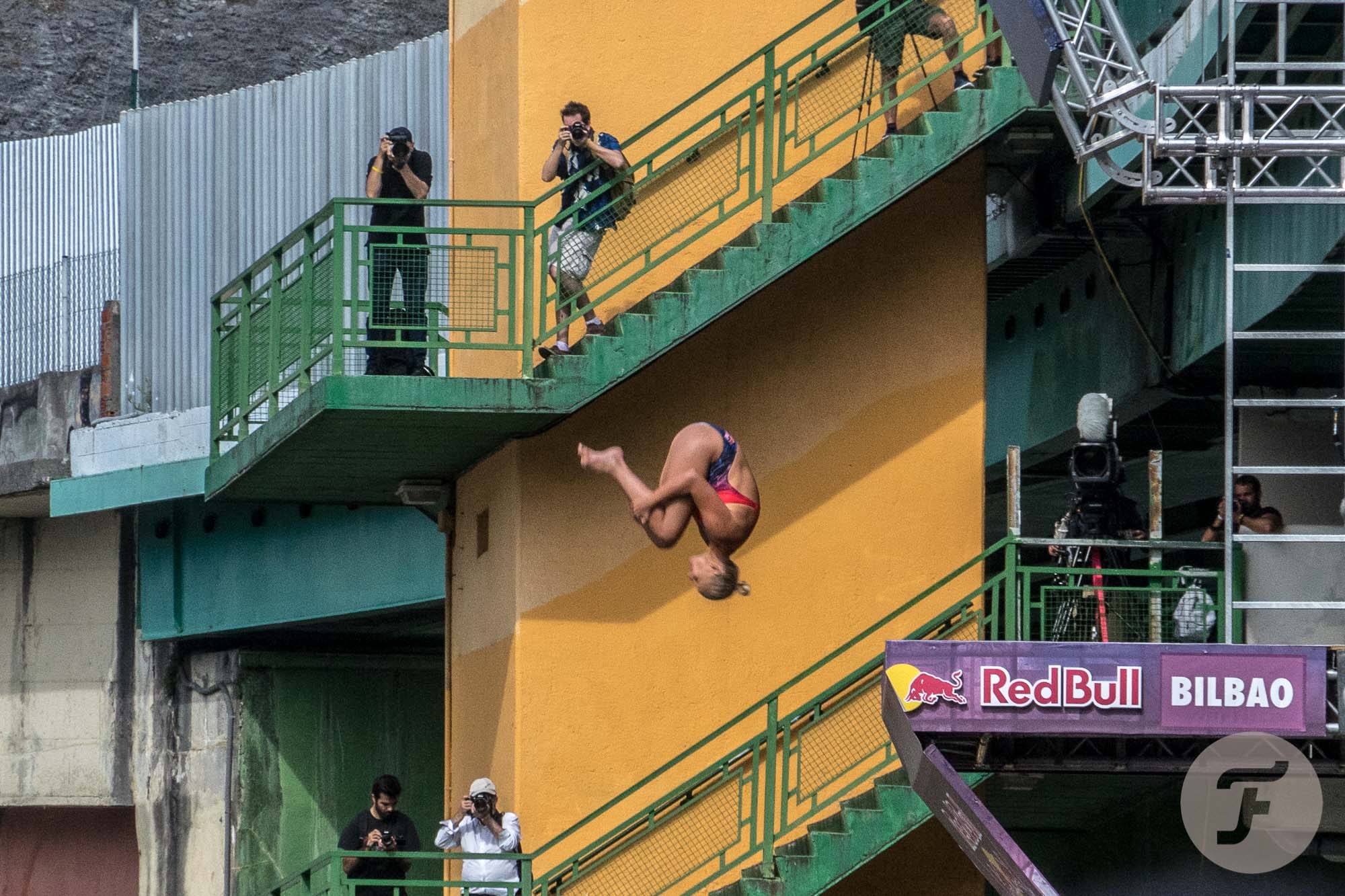 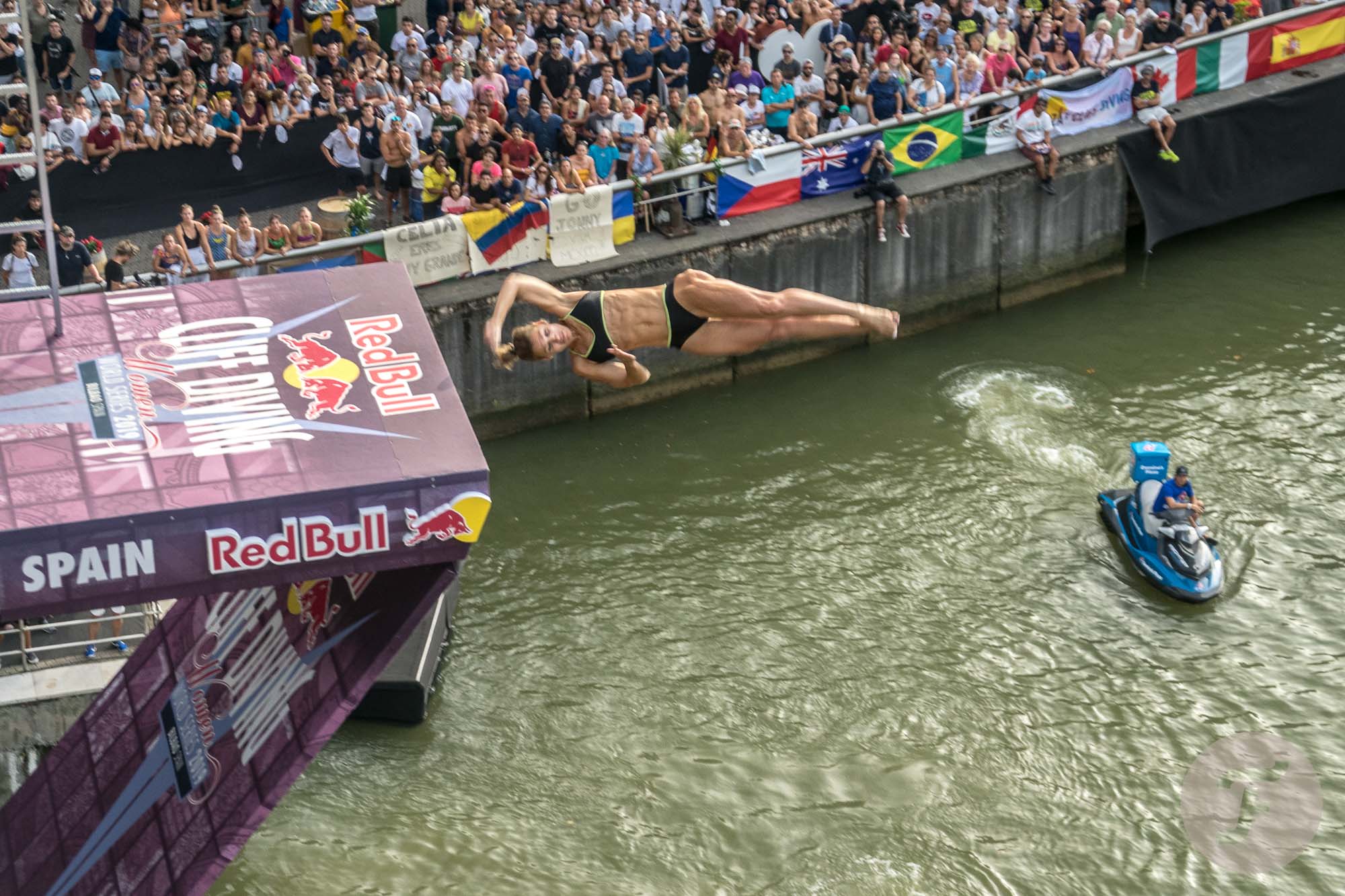 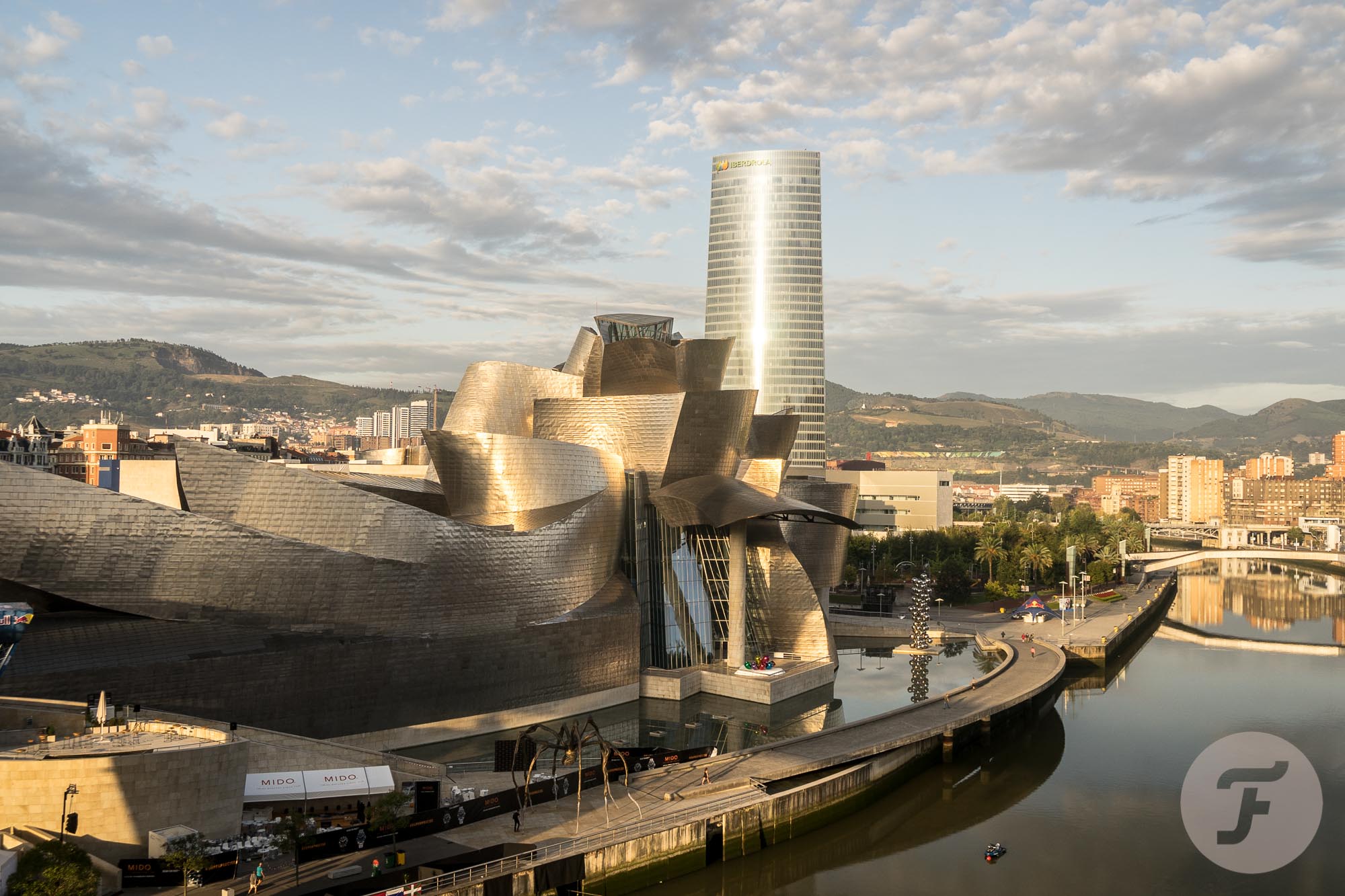 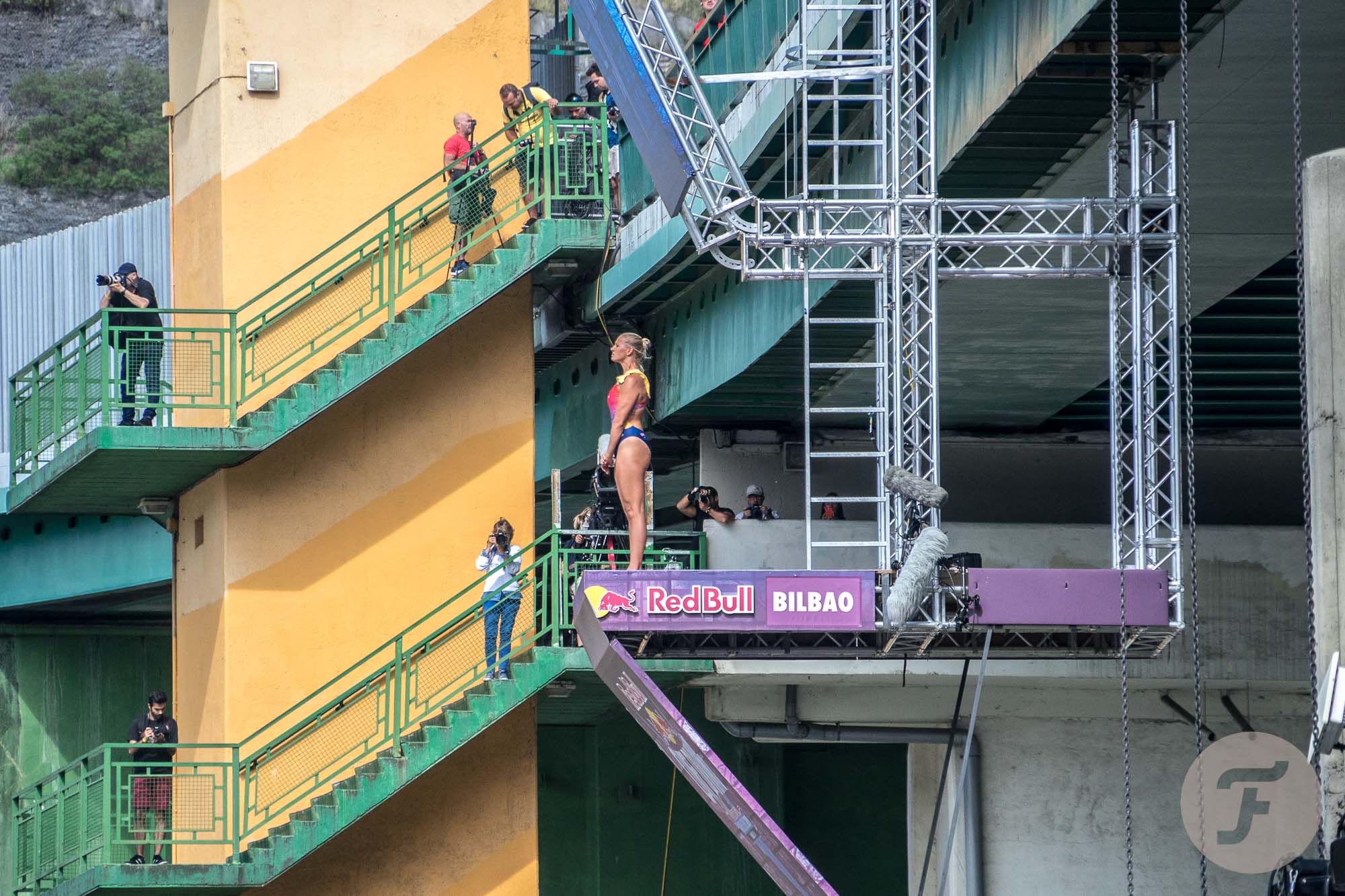 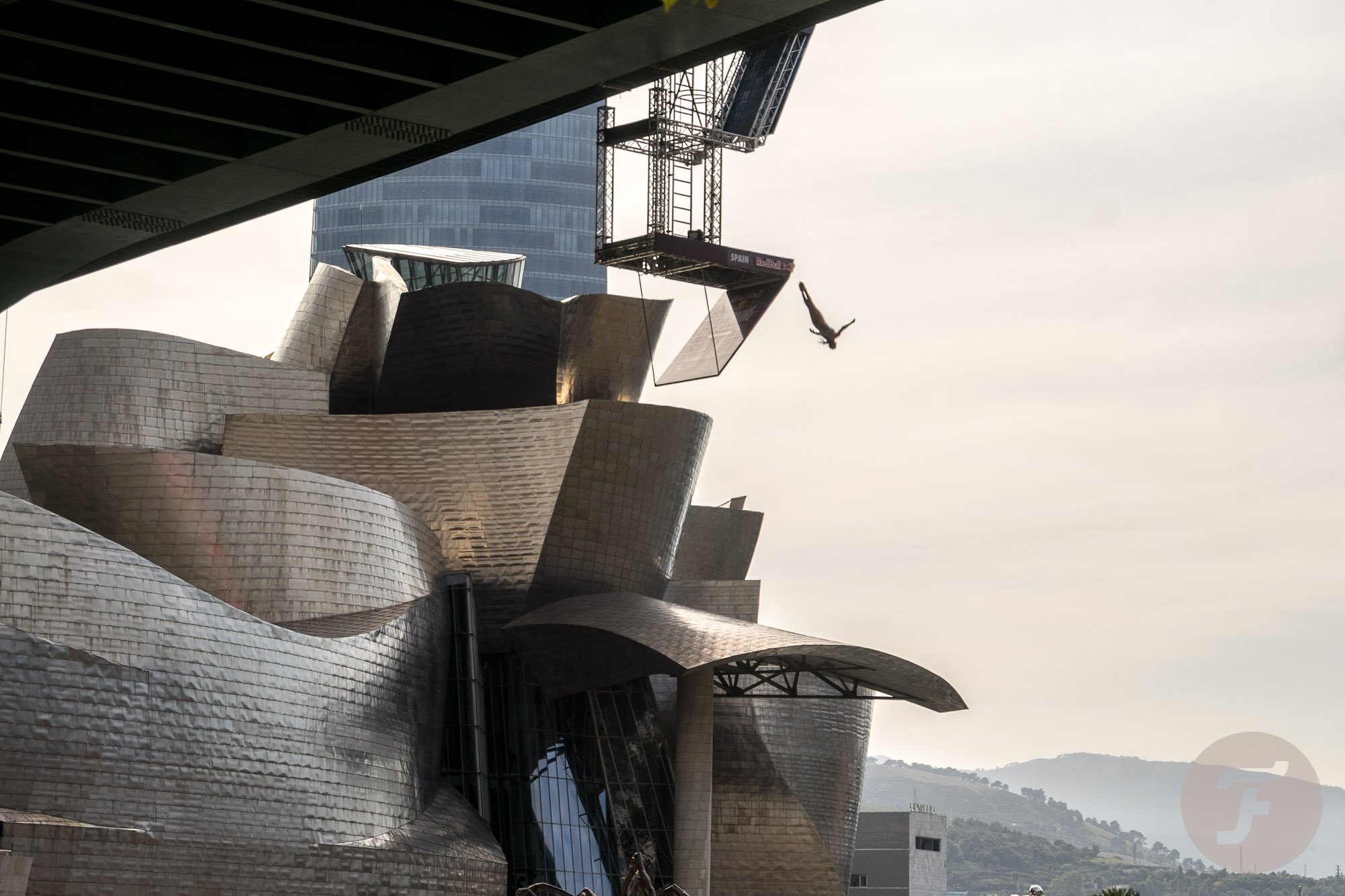 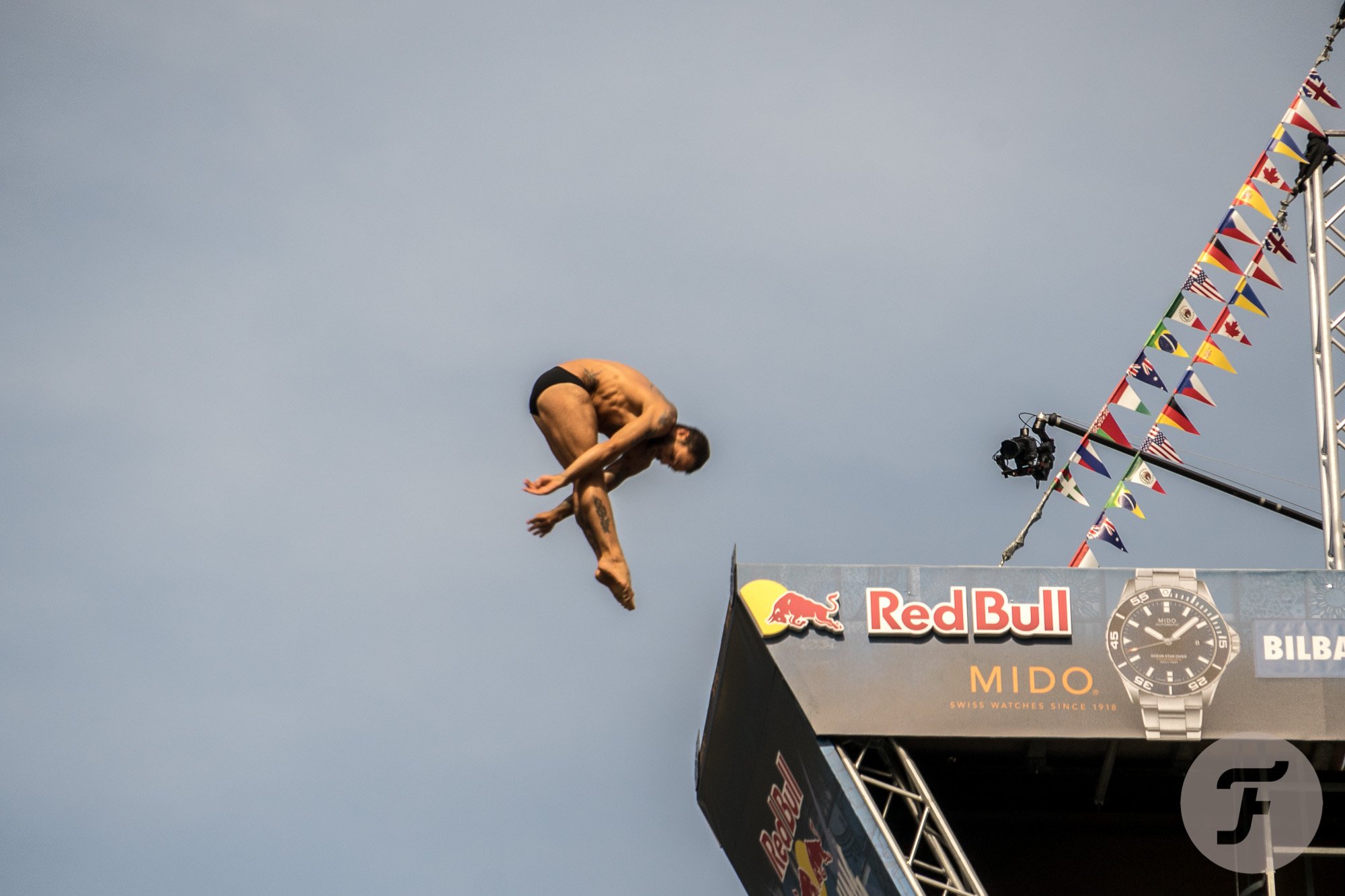 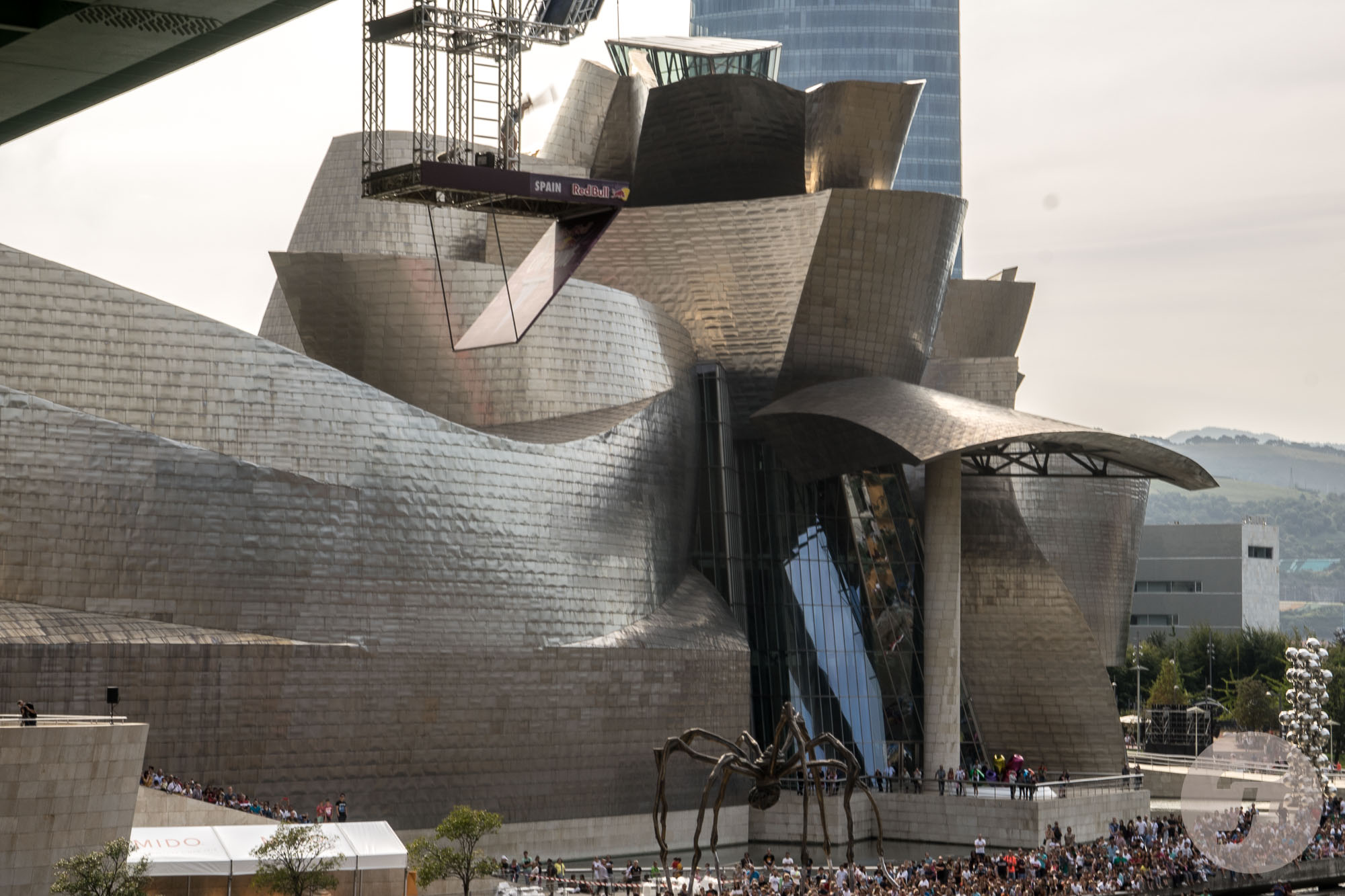 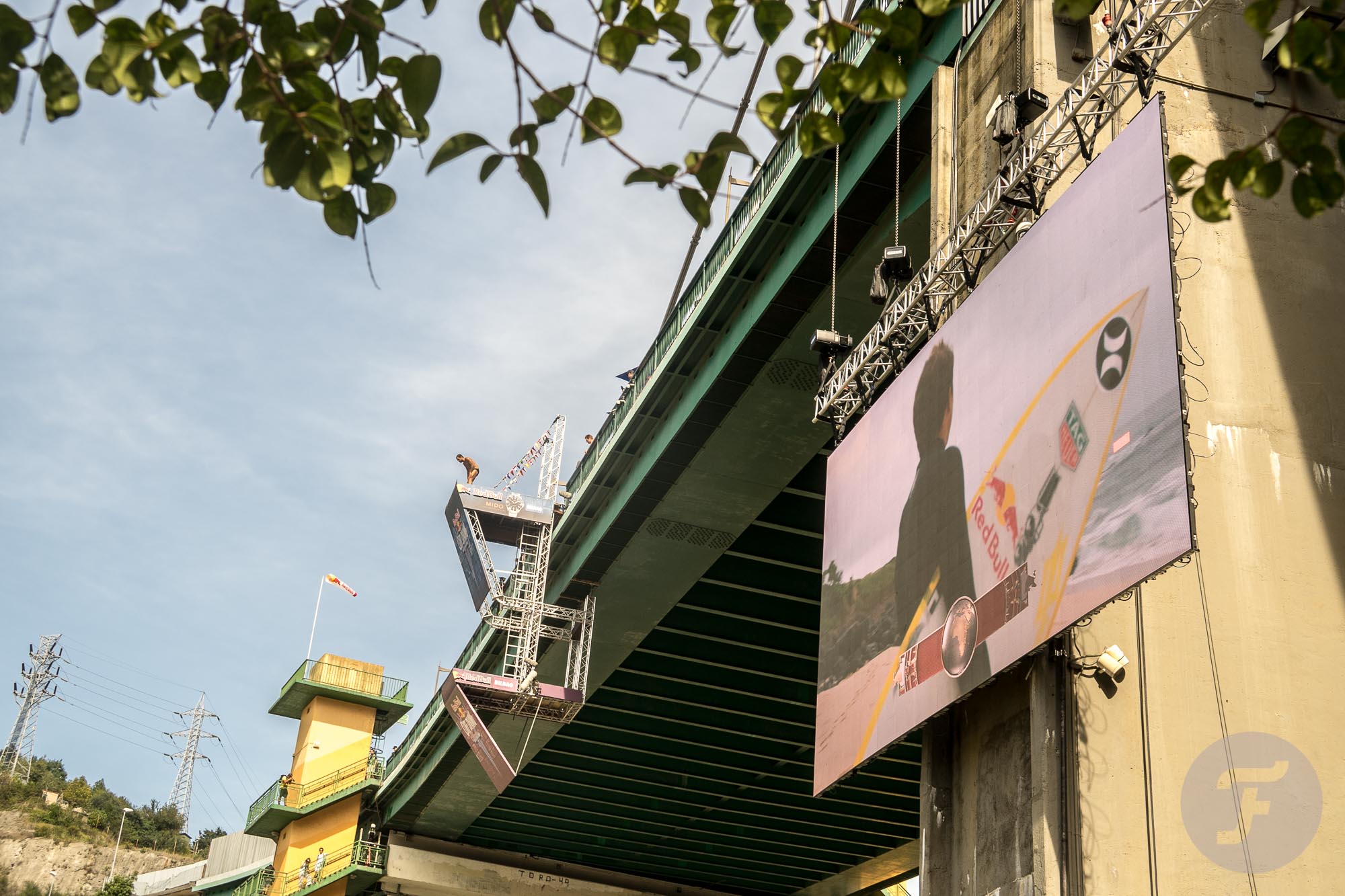 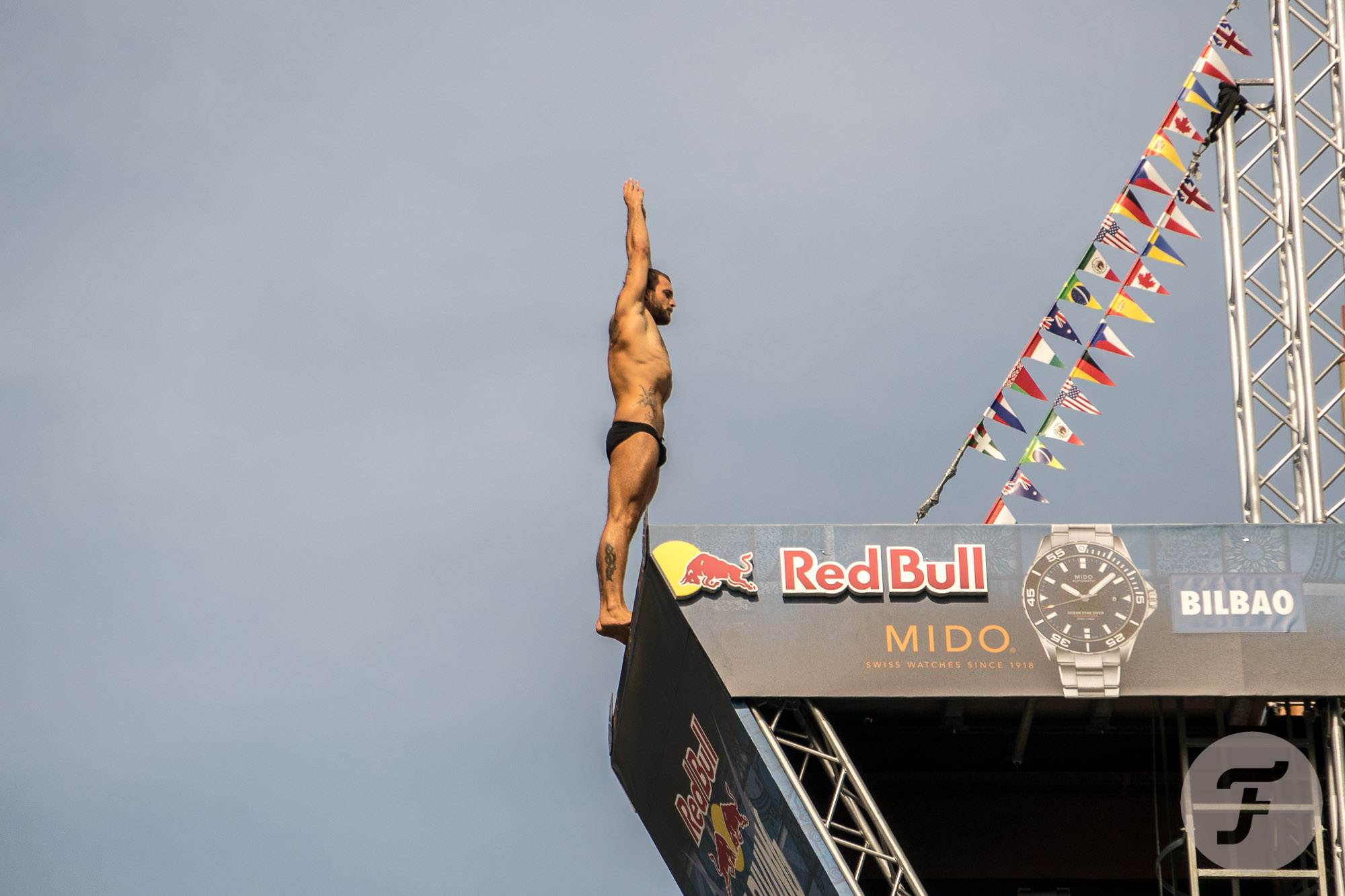 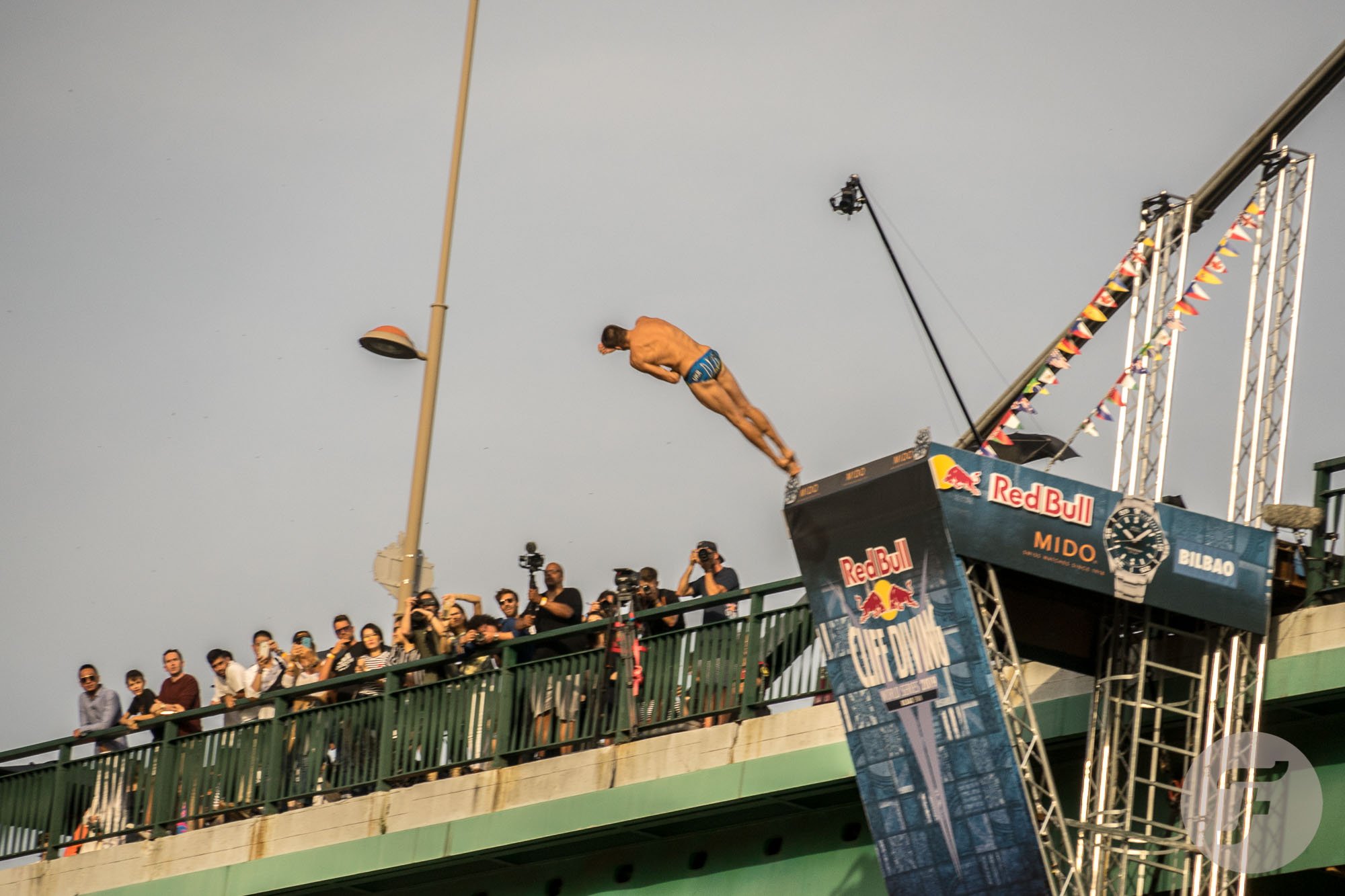 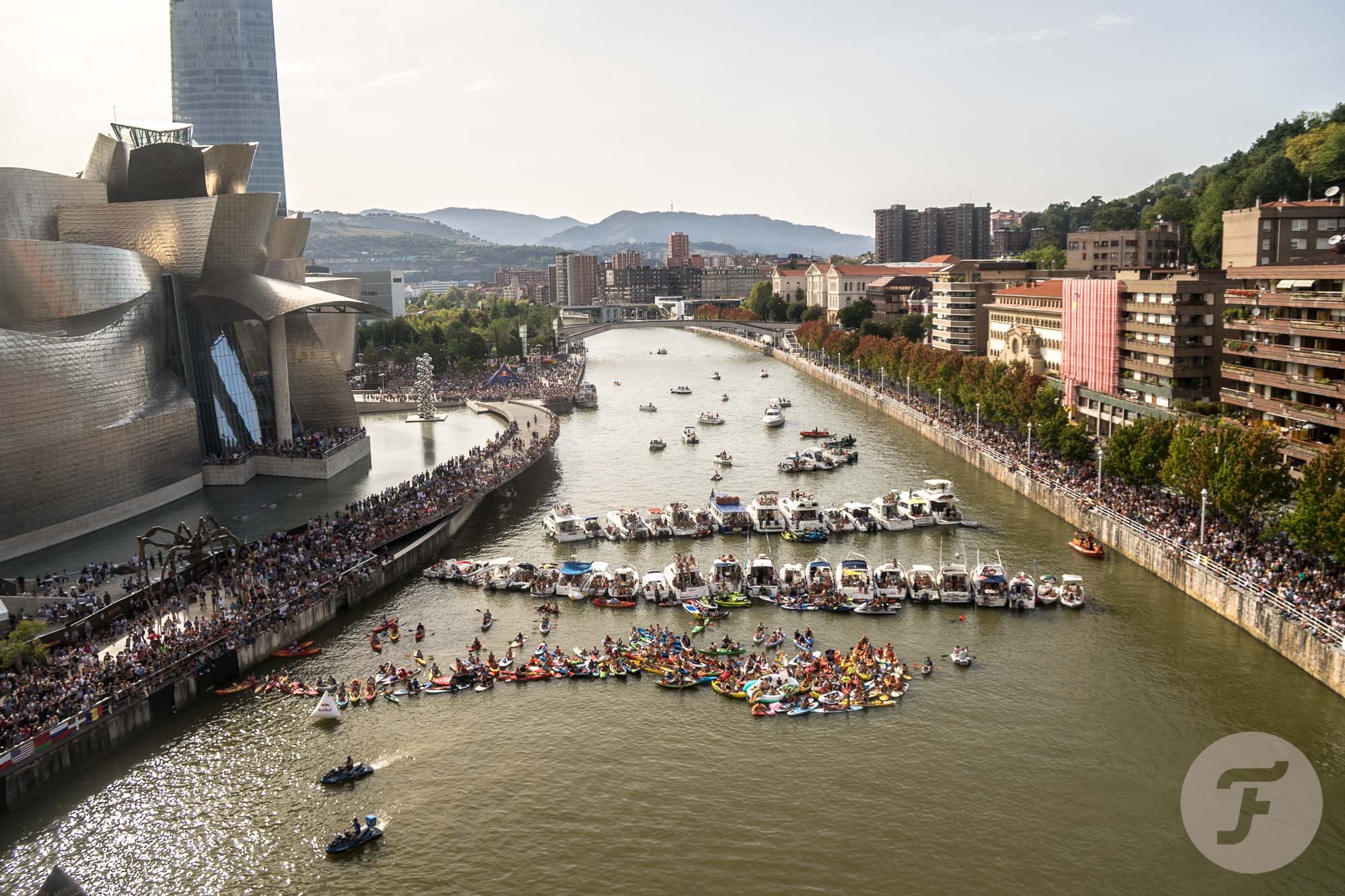 Hot Topics
Introducing: The Omega Speedmaster Super Racing With Spirate System
162 comments
Design Vs. Specs — Which Is More Important To You When Buying A Watch?
86 comments
The Time To Buy Is Now: How The Current Economic Climate Influences Watch Buying And How You Should React
51 comments
My Predictions For New Omega Speedmasters In 2023
48 comments
A Regret-Free Guide To Buying Your First Luxury Watch — Part Three: Higher-End Options From Omega, Rolex, Grand Seiko, And More
48 comments
Popular
Top 10 Rolex Watches – Overview of Models Favoured By Our Readers
Fratello
25
Speedy Tuesday – Omega Speedmaster Professional 145.022 Buyer’s Guide Part 1
Robert-Jan Broer
14
Oris Classic Date Or Save Up For an Omega De Ville Prestige?
Robert-Jan Broer
17