Reunification Anniversary With A. Lange & Söhne in Berlin

We are meeting with A. Lange & Söhne to celebrate the 25th anniversary of their re-establishment. As the brand was expropriated in the 1940’s, it was restored in 1990. So what’s the best location you can think of other than the place where the German reunification took place exactly 25 years ago? Exactly, Berlin! Friday evening we check-in at the 25 Hours Hotel Bikini Berlin and meet the rest of the group. Together with ?ukasz Doskocz (Polish site Chronos24) and David Schank (German-based Watchlounge.com) we will enjoy the program and city tour with a Lange timepiece strapped to our wrists. 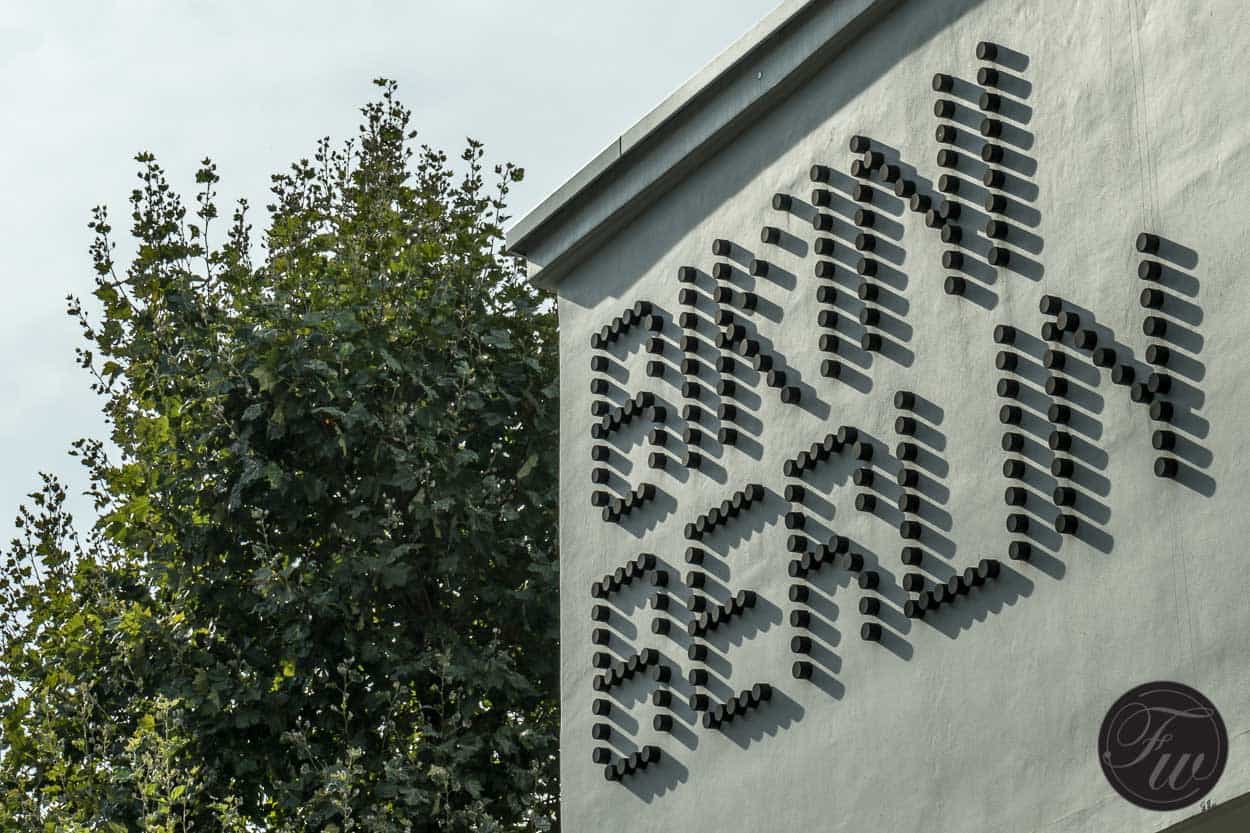 At the start of the day we all receive an A. Lange & Söhne (Lange 1, Day Matic and Sax-O-Mat) to wear during the day. The program begins at the photo studio of Stephan Gustavus in east-Berlin. After a short introduction Stephan tells about living in east-Berlin, before, during and after the wall. 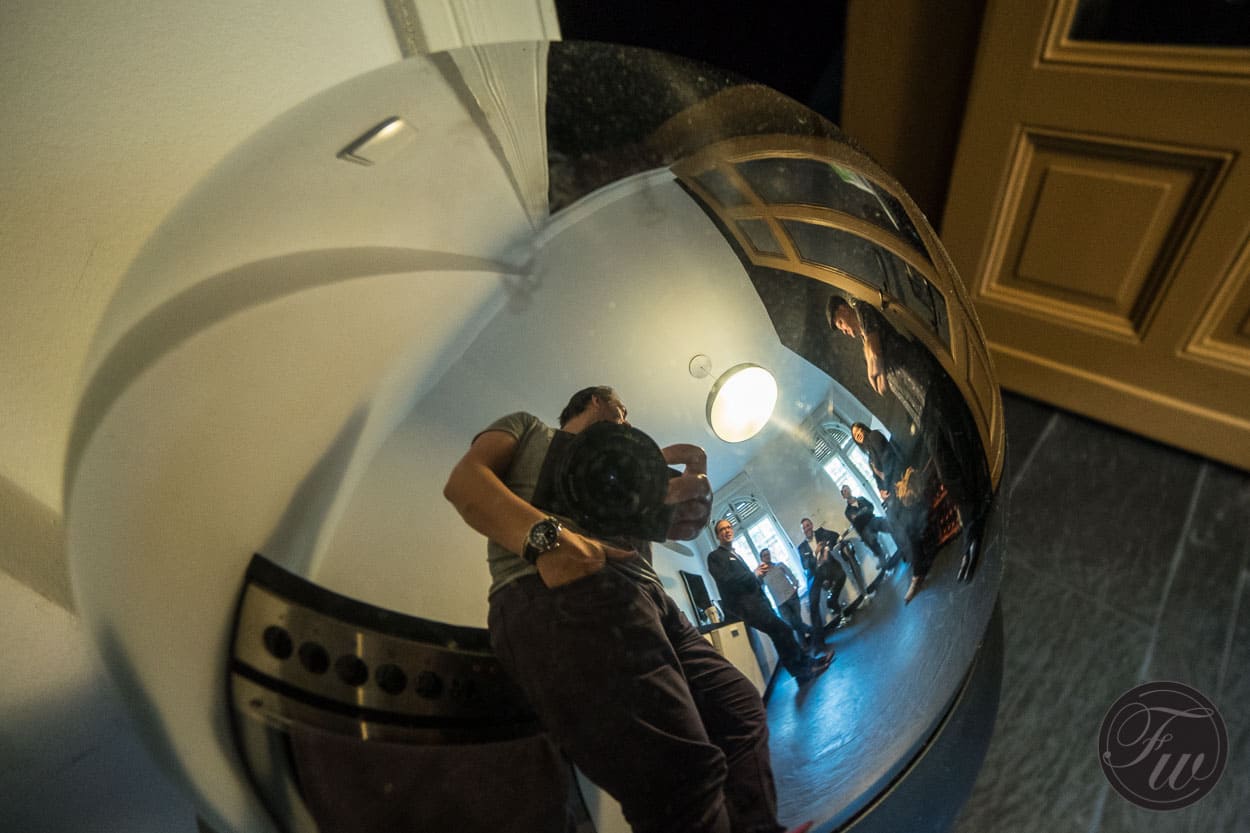 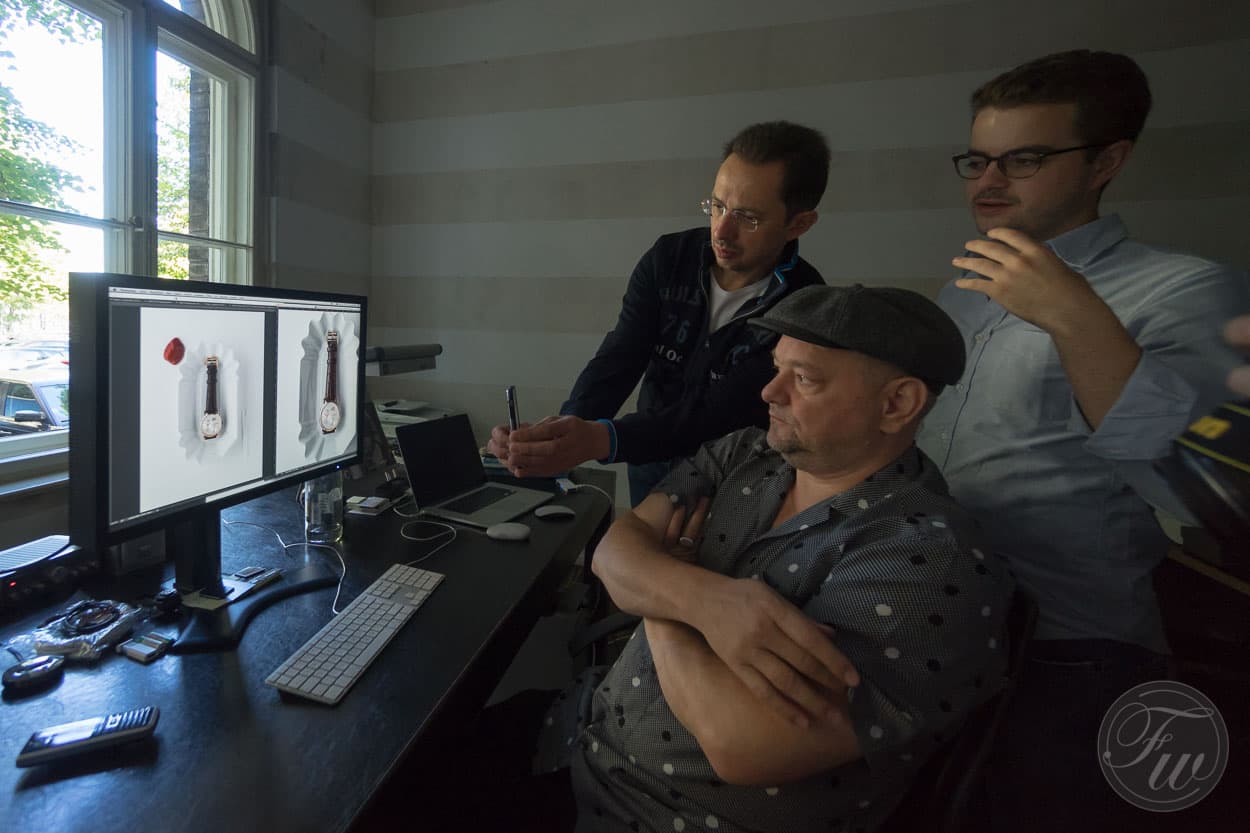 Time to go into the studio where some of the A. Lange & Söhne press photos have been produced. As Stephan shows us some recent work for Lange it’s nice to discuss the different views and opinions. We see some incredible photos passing along on the screen, some of which have not been published yet. One that really impressed us was this photo of the Lange 1 on top of an imprint of the Brandenburger Tor in cast. Very clear and the amount of details is endless, making it such a strong image for us. 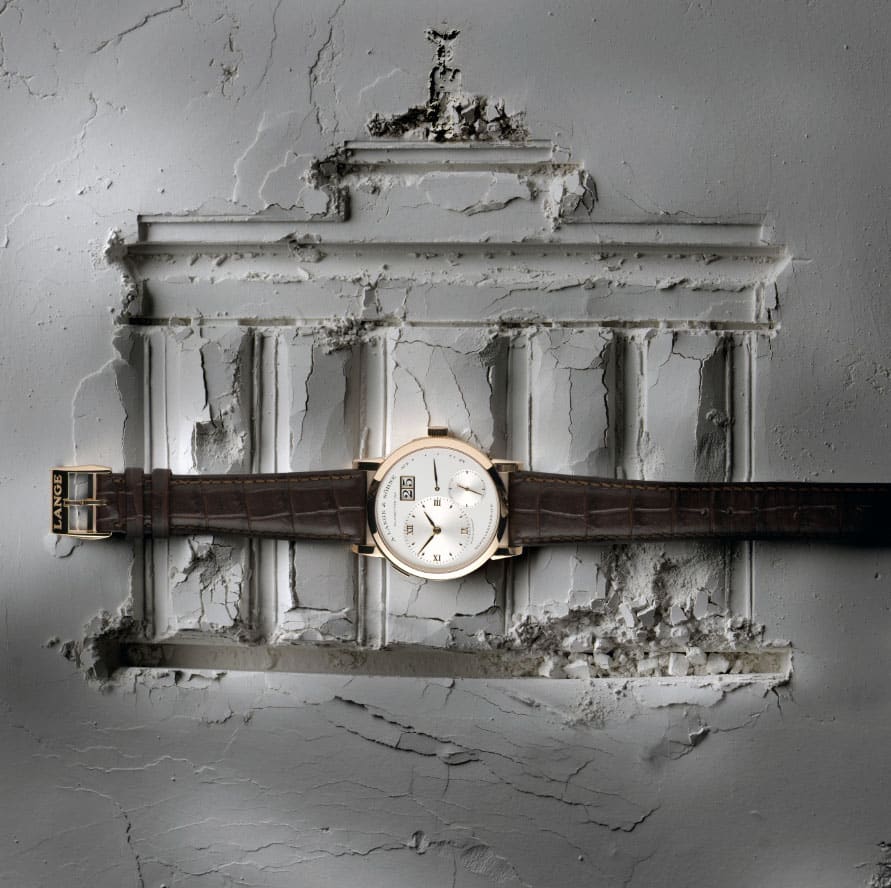 As it is the 25th anniversary of the German reunification there are many Brandenburger Tor props to be found in the studio. Perfect for us to use for some photos of the Lange watches. Stephan Gustavus is nearby for some advice, tips and tricks. Being experienced at watch photography myself, it is nice to notice a lot of similarities in the approach when it comes to shooting watches. Always nice to be able to have a look in a colleagues ‘kitchen’ so to say. 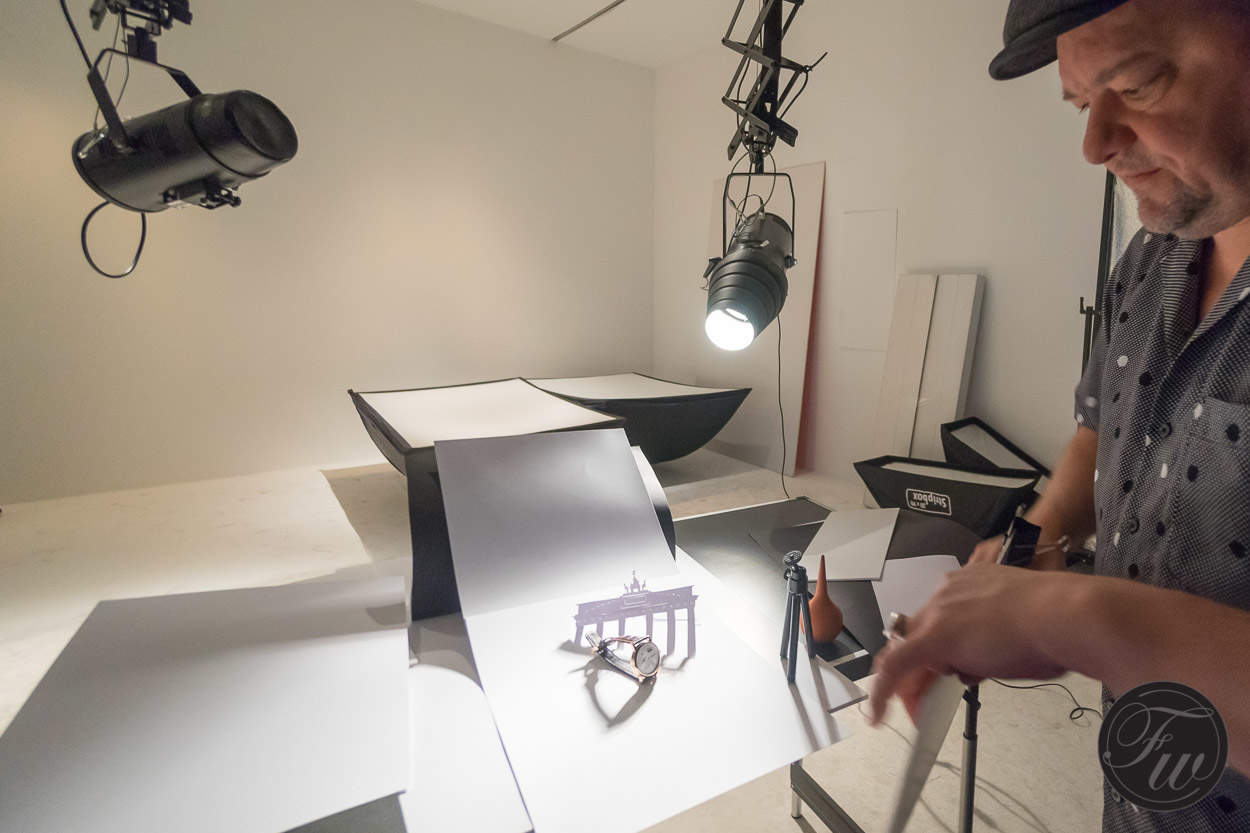 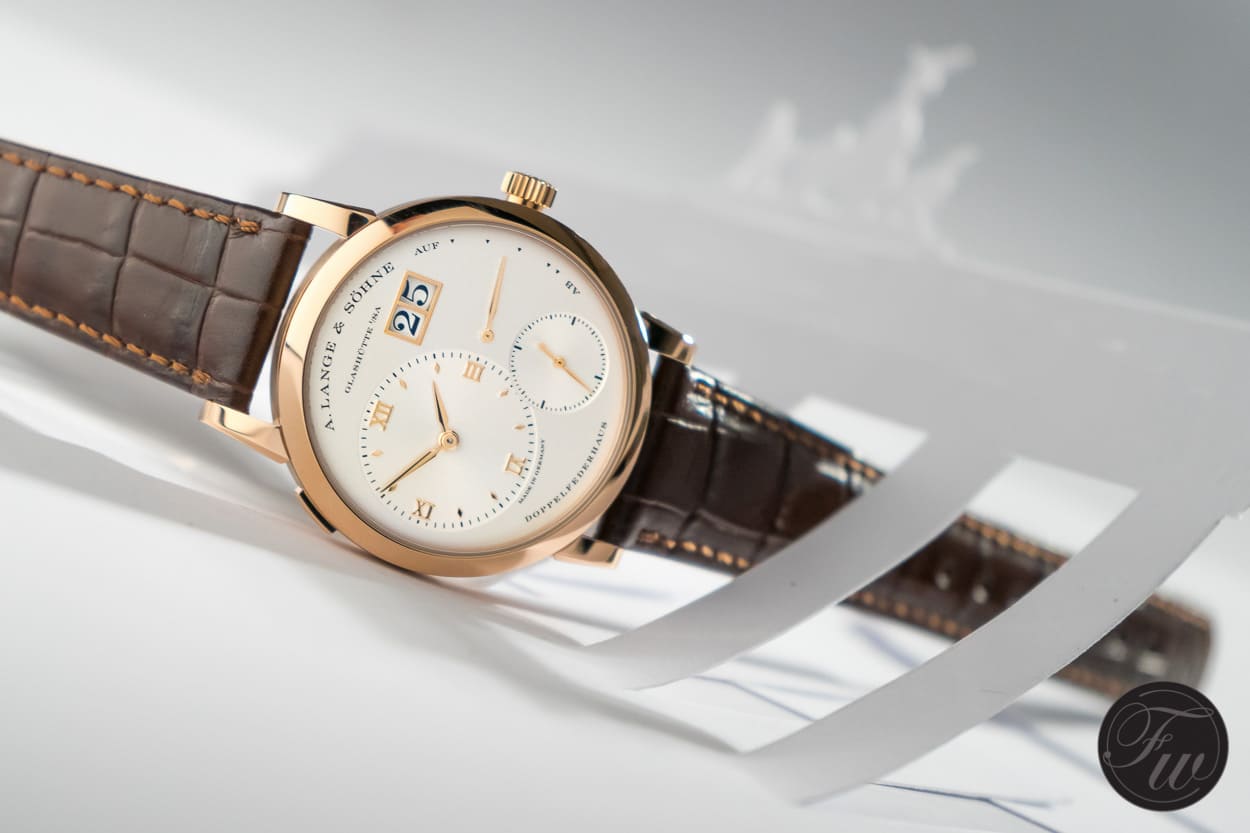 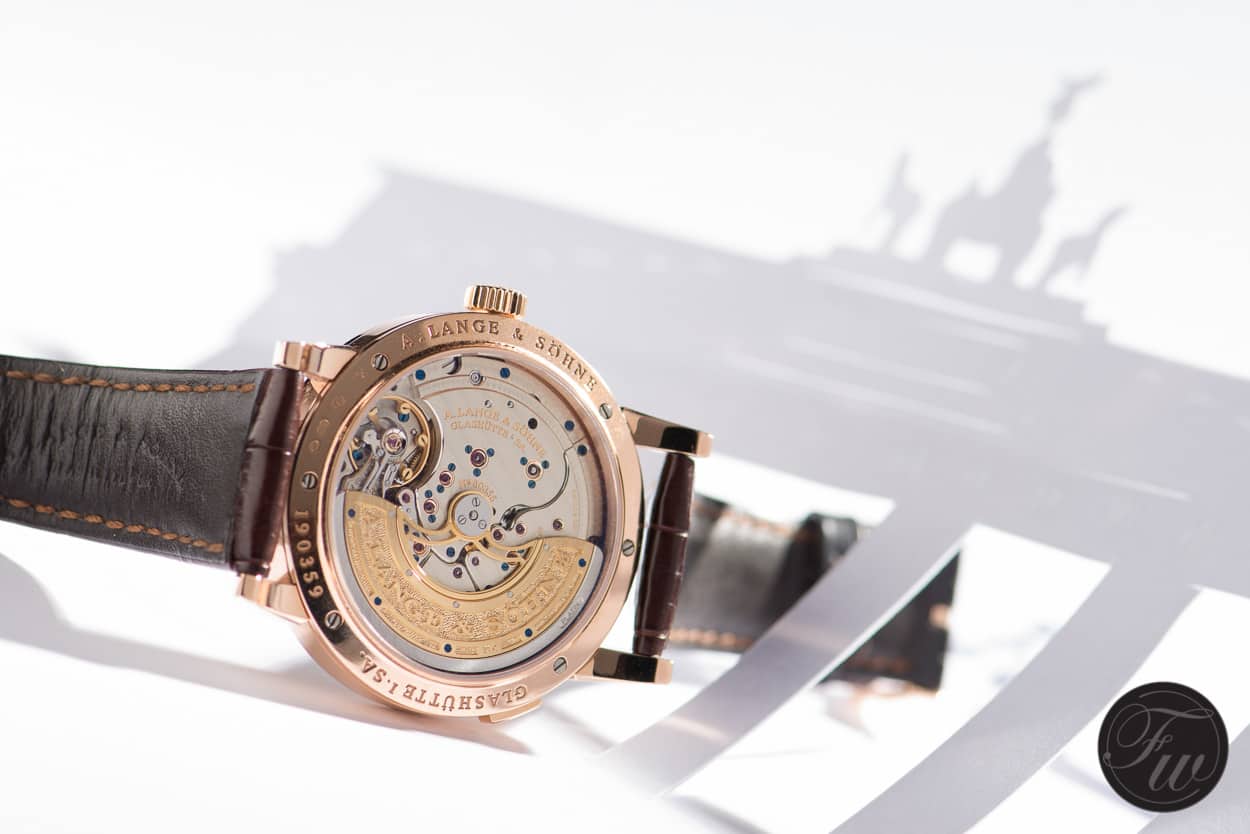 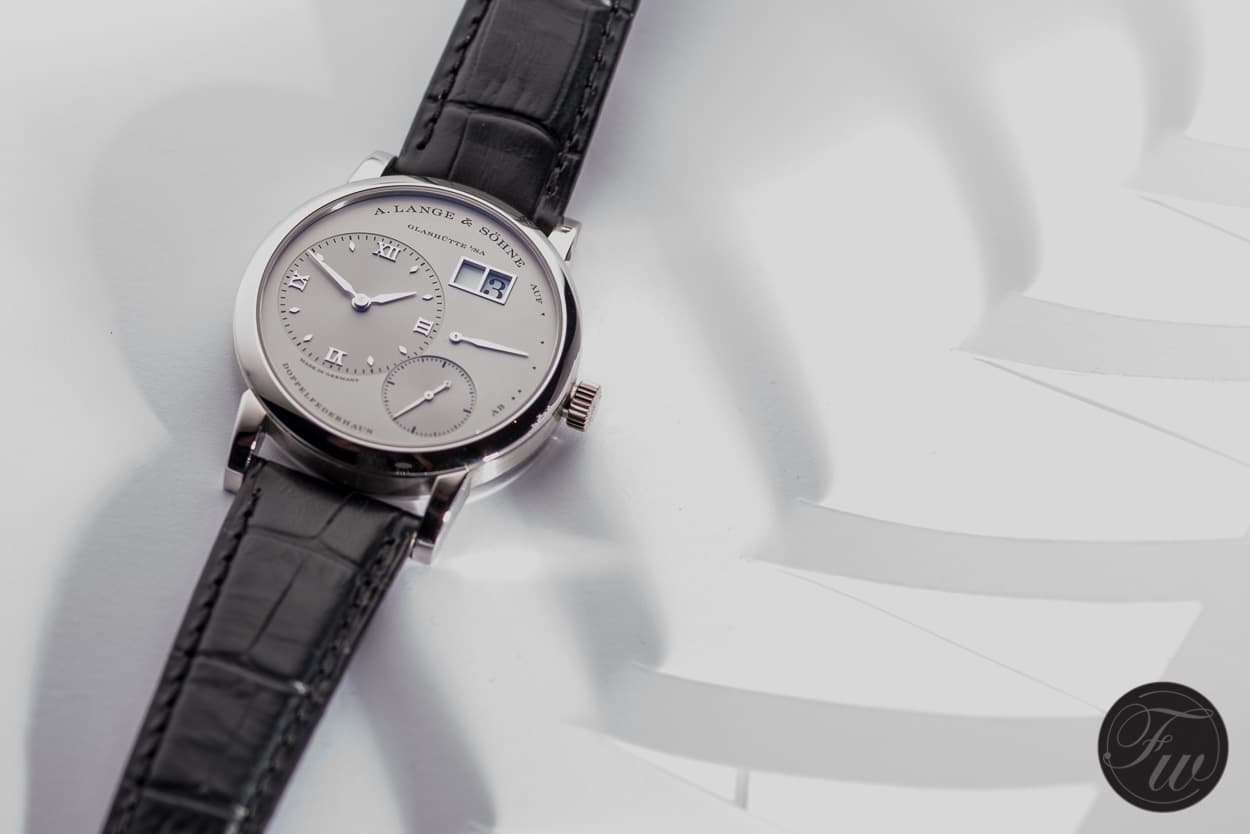 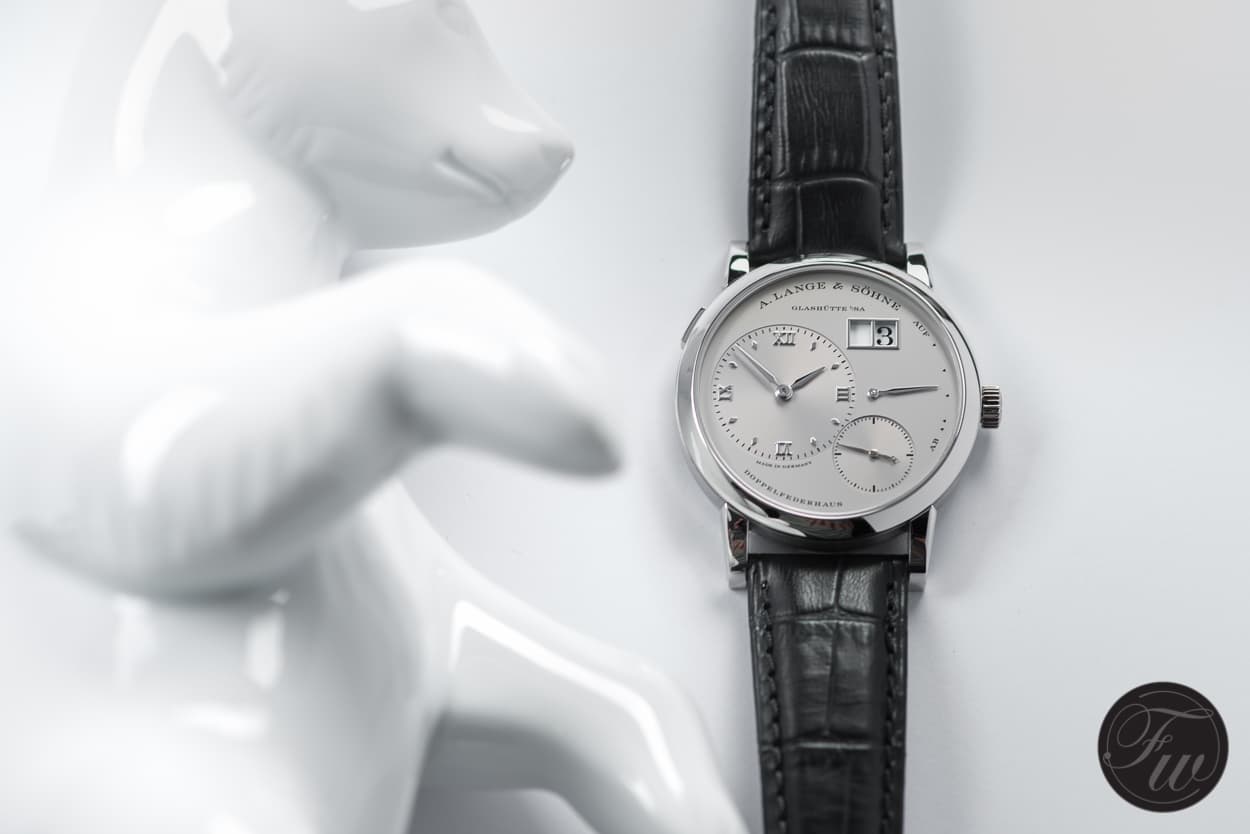 After the studio session we go out for lunch nearby and after being refueled, we energetically start with a guided tour of Berlin. We meet up with Jörg Benario, our tour guide for the afternoon with an impeccable knowledge about Berlin and its history. All told in a very pleasant and witty way. First stop is at haus Schwartzenberg, a complex full of creativity and cultural institutions. We were told the name Schwartzenberg comes from a place that was in-between troops from east and west back in the days. Somehow they stood down before this place. Hence it was unoccupied for quite some time, it was a free zone. One of the first, amongst many, graffiti’s we notice is from Ox-Alien, a Rotterdam based artist that is part of team Lastplak. 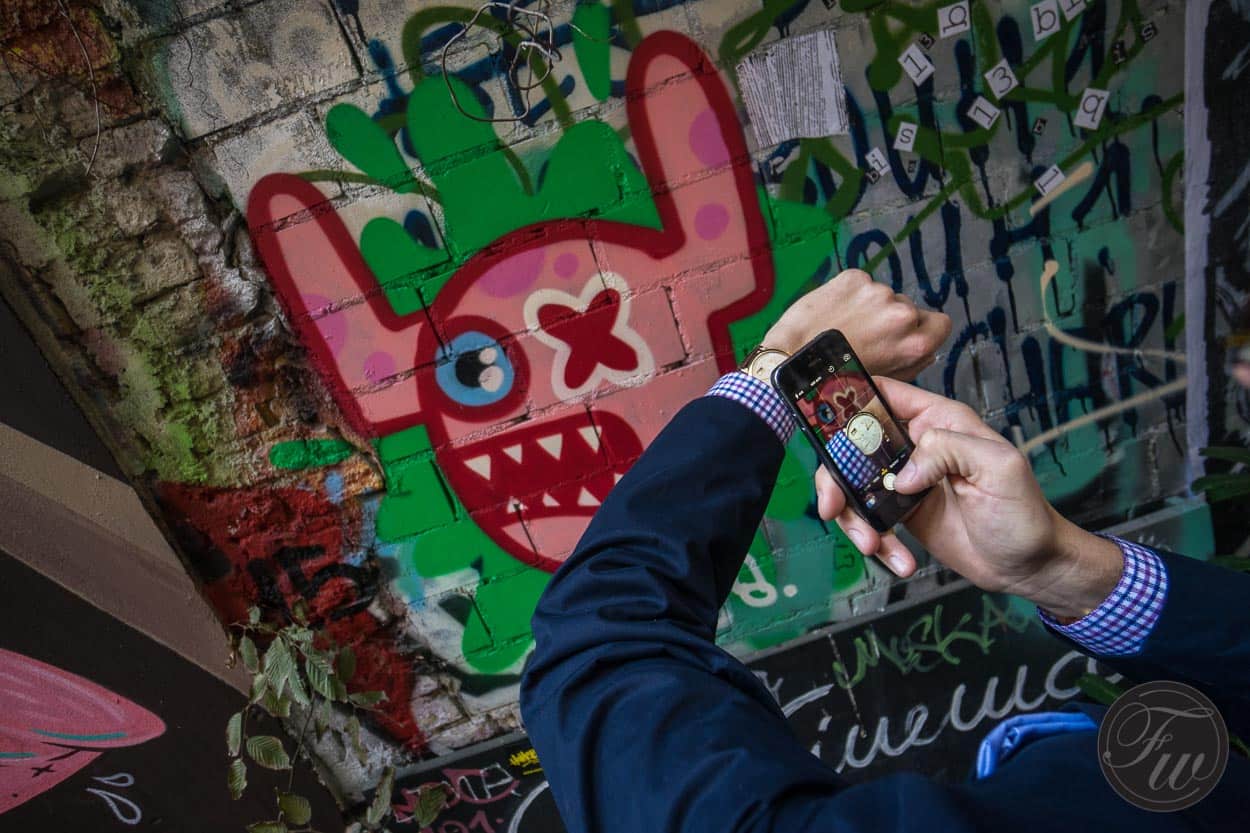 Going trough the complex we somewhere go down a small stairs and end up at the entry of the ‘monsterkabinett’. Inside some dark basement rooms there is an impressive collection of mechanical creatures. As they are brought to life, the show isn’t complete without the help of a story teller, creative lighting, heavy music and smoke. Some 20 entertaining minutes later the show is over. From what we are told these brilliant guys also did some work for Hollywood amongst thing. 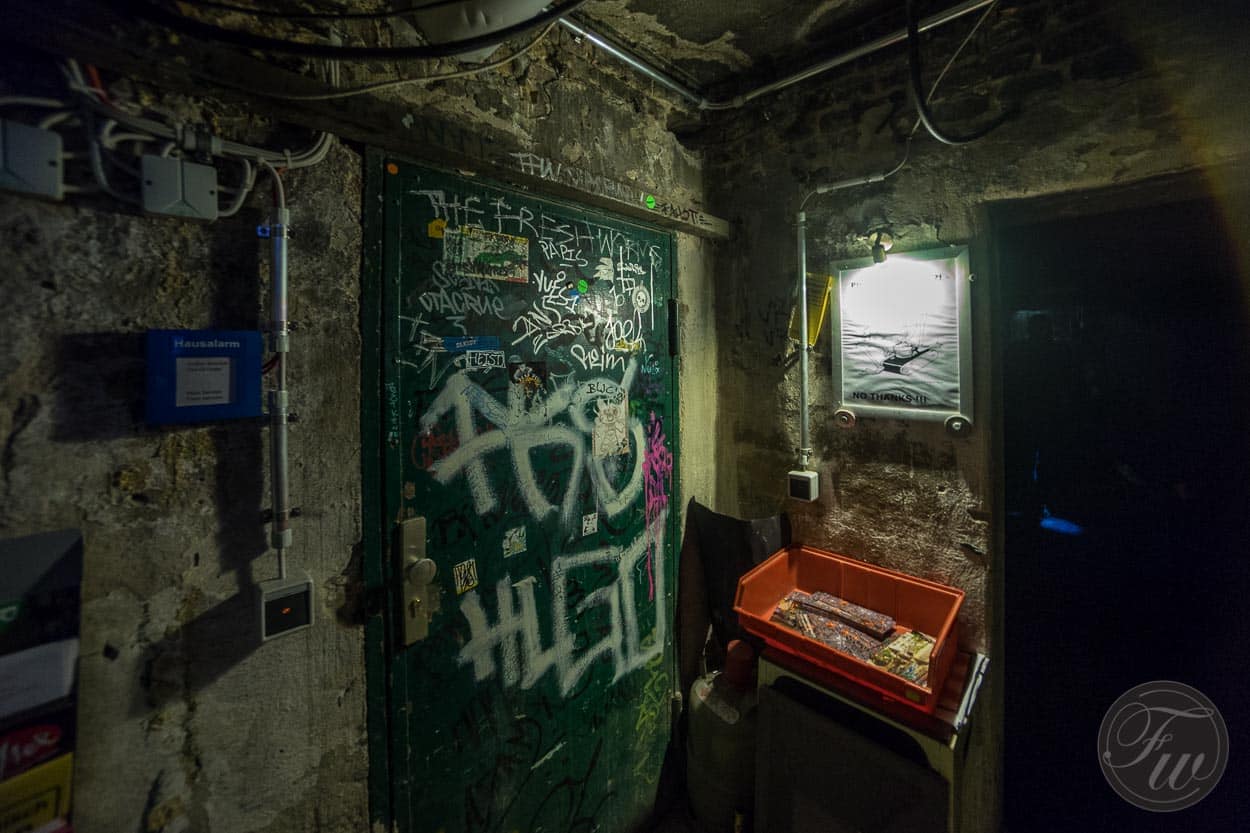 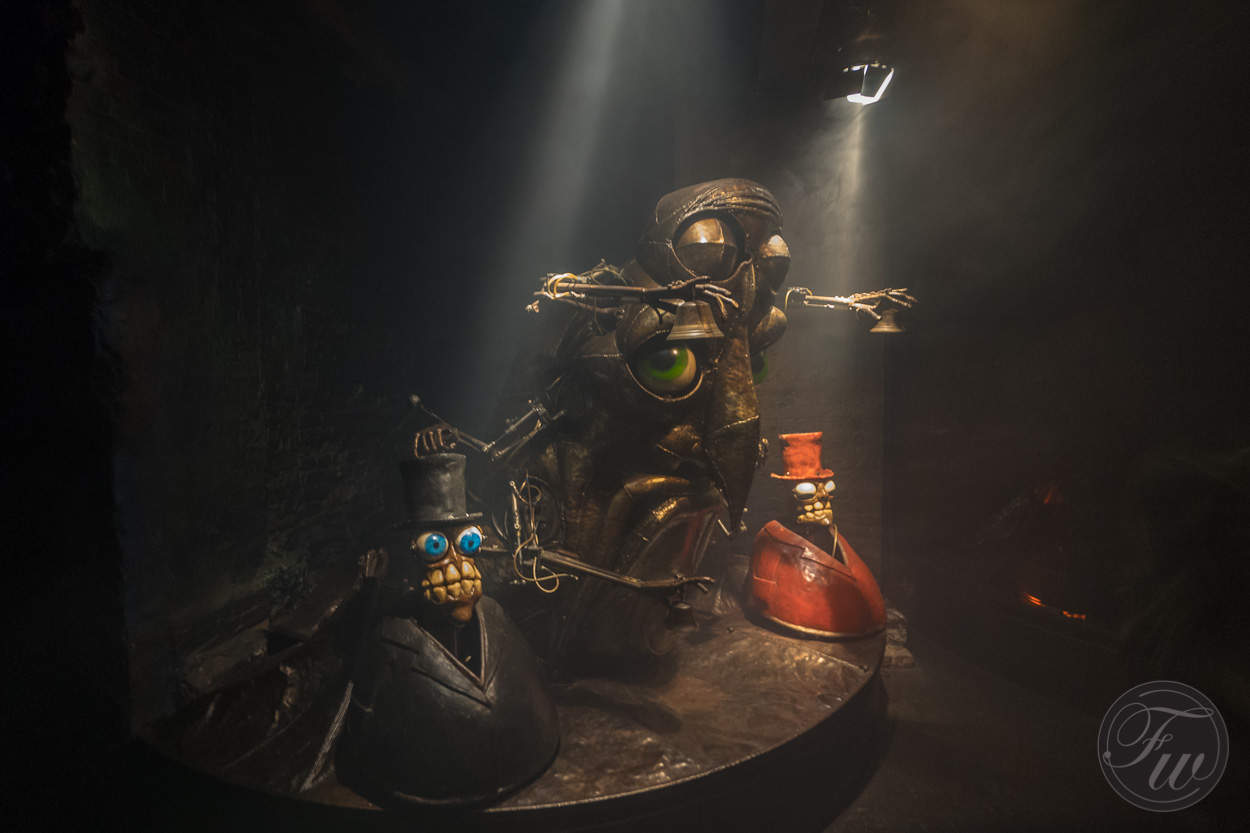 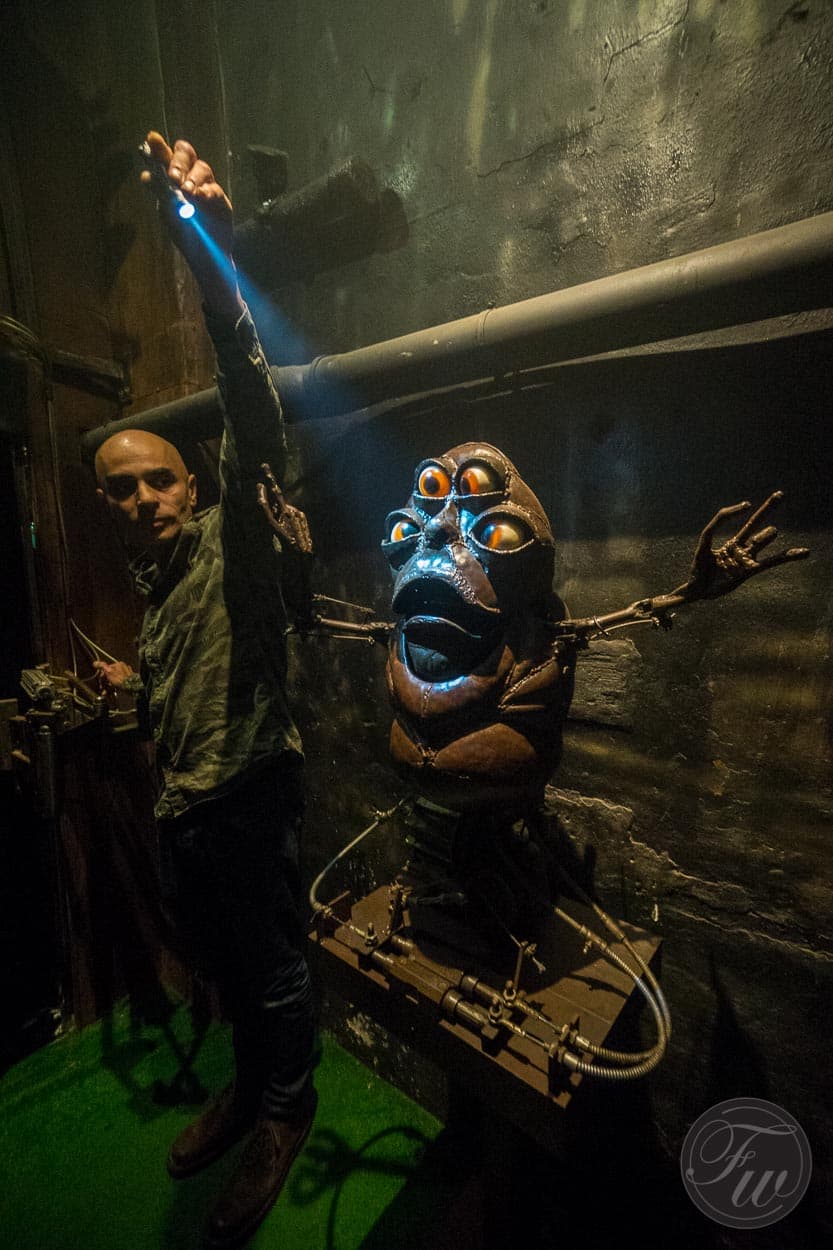 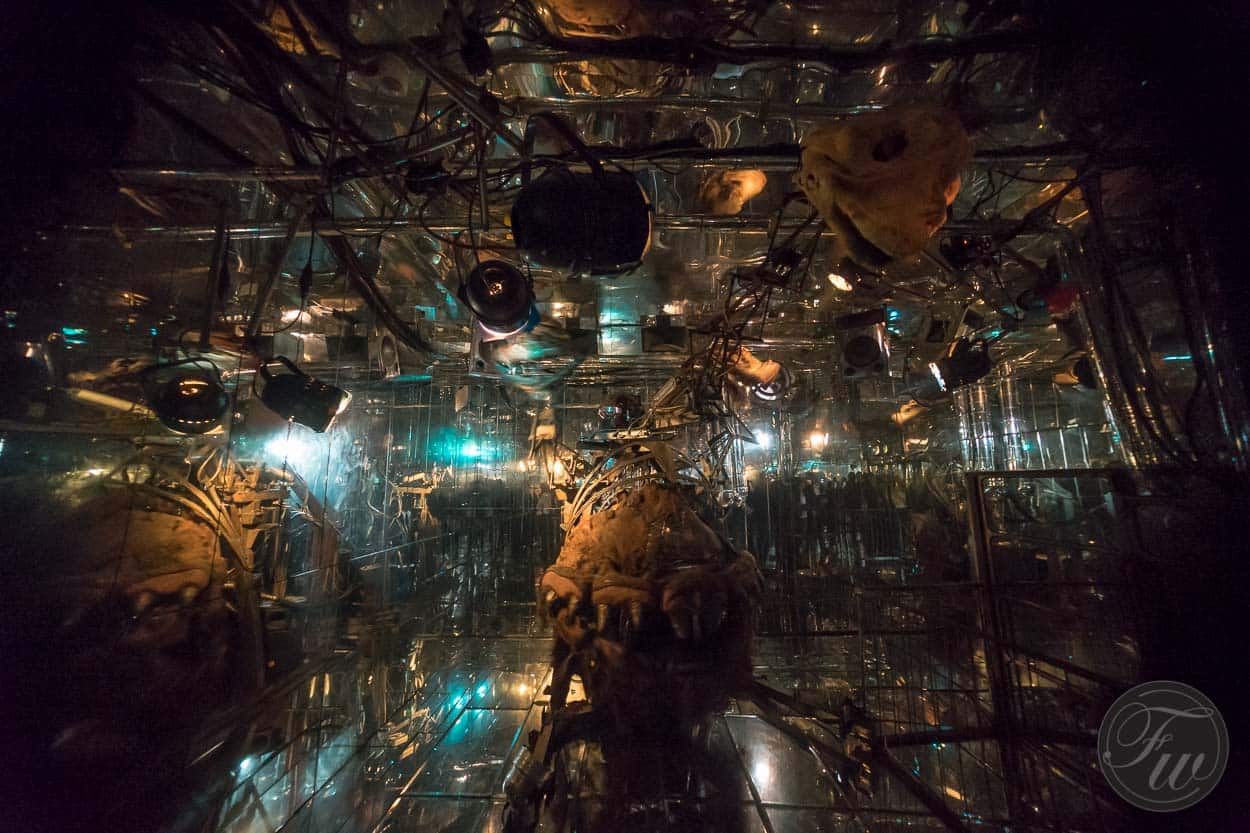 Moving on we pass along a bonbonmacherei where sugar sweets are made the traditional way on a ± 100 year old machine. 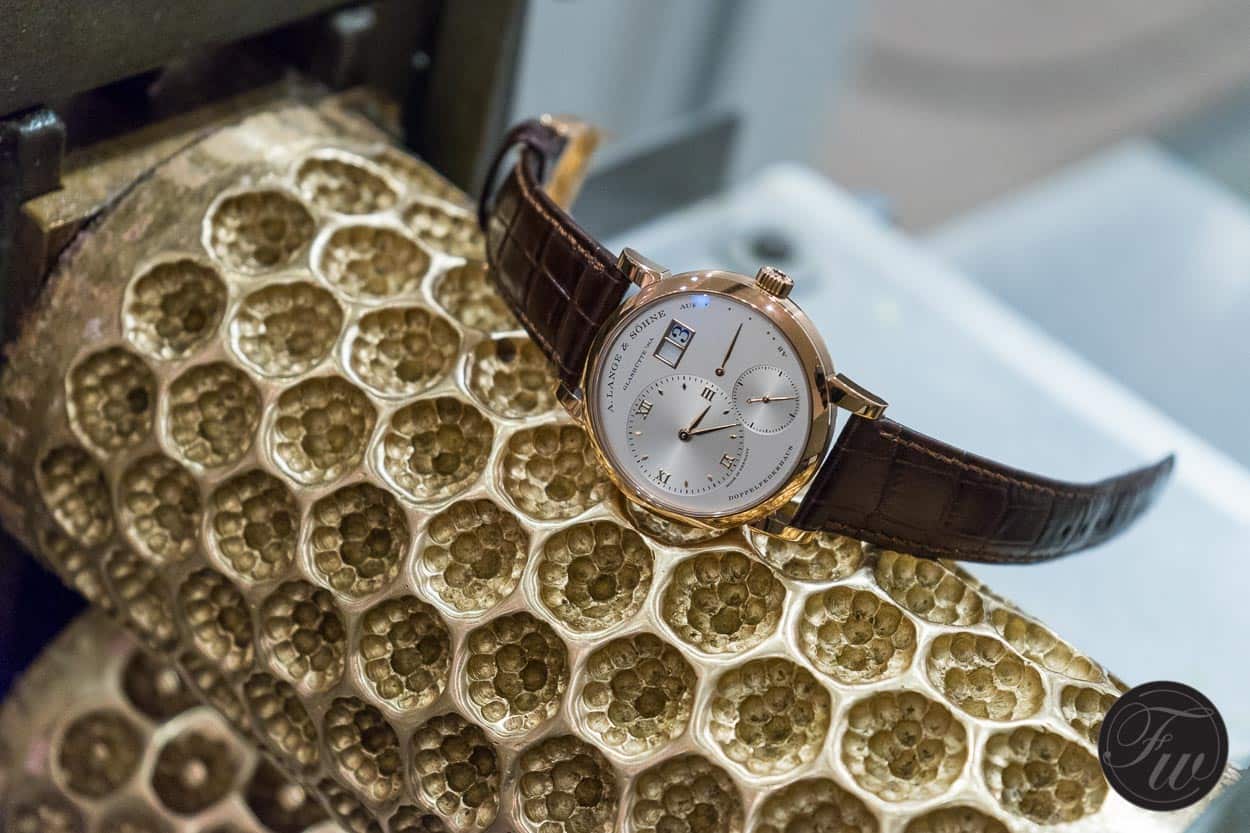 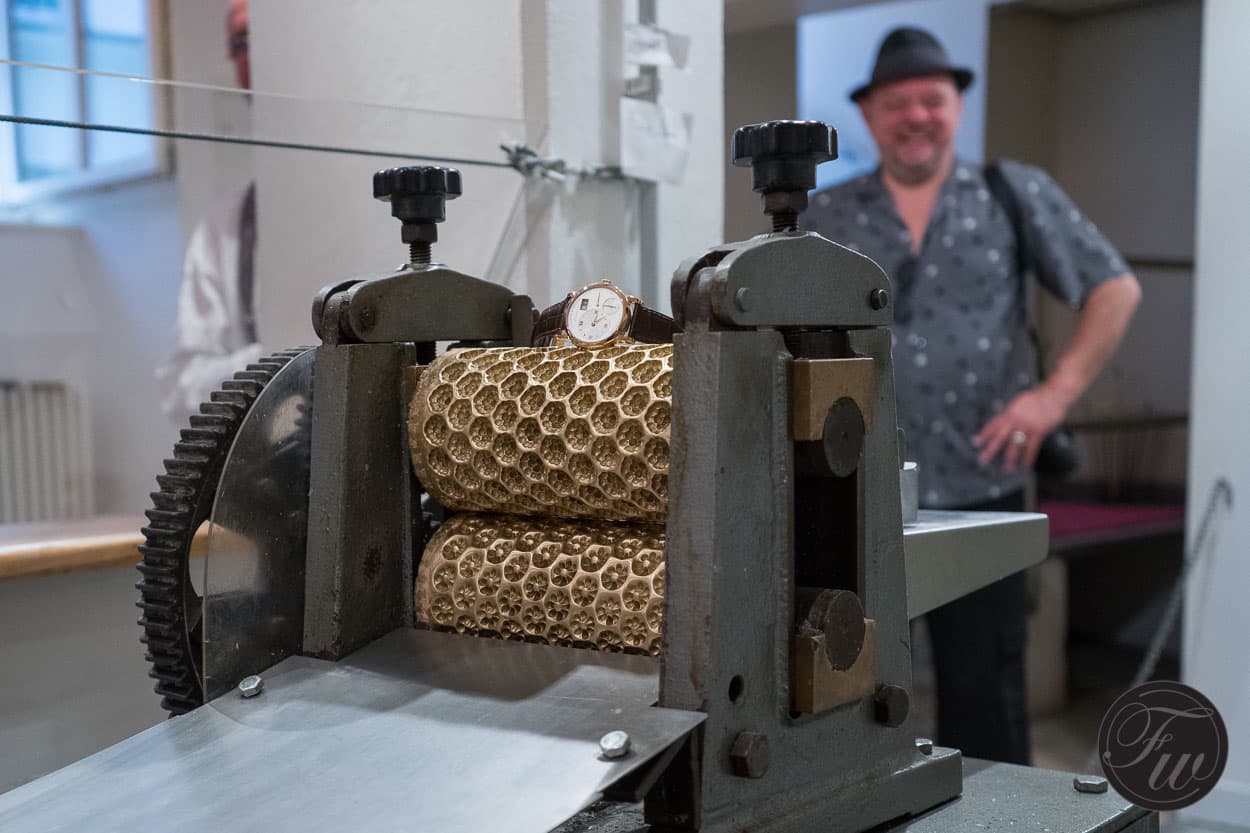 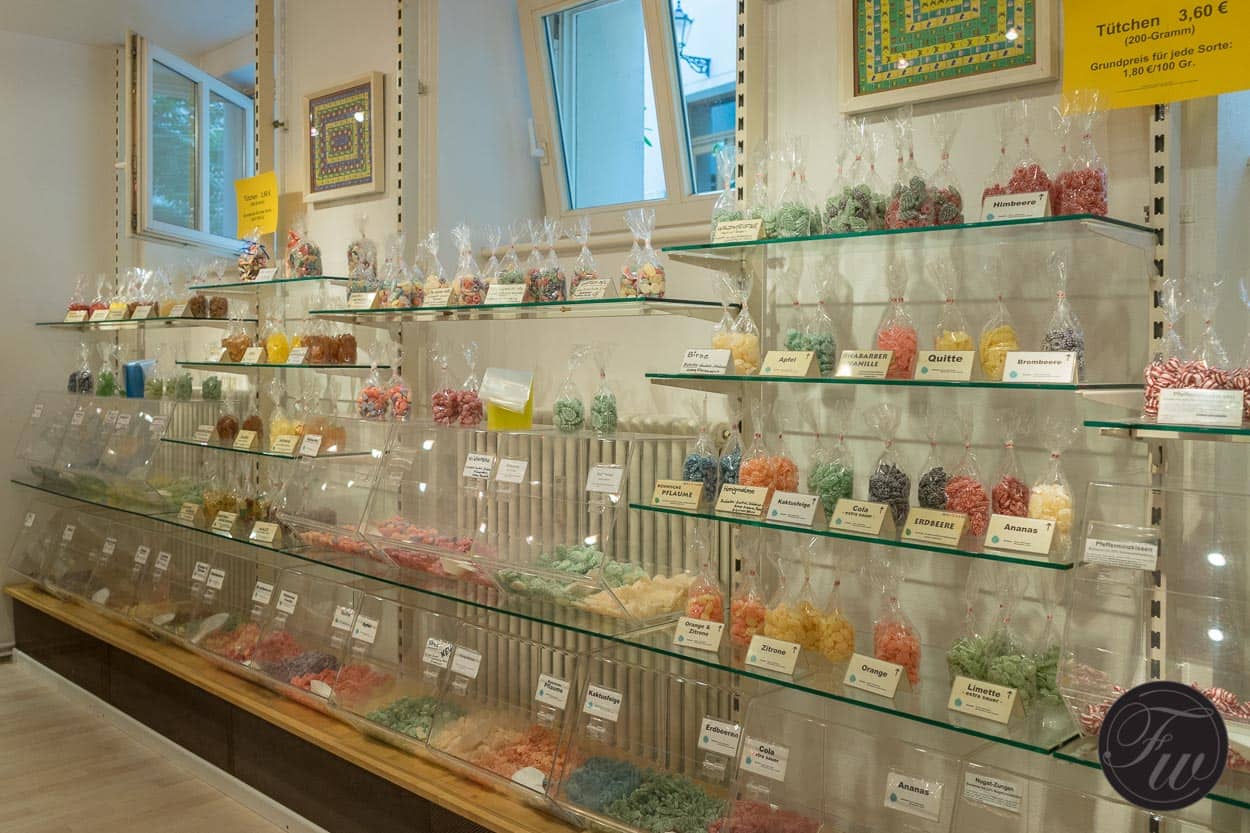 Next stop is at the ‘RAW gelände‘, a low paced and graffiti covered cultural oasis of rest, inside the busy streets of east Berlin. RAW is short for Reichsbahnausbesserungswerk, which translates into: a place for the maintenance & repair of trains. After visiting a gallery where we find the work of various artists on display, we enter a large complex that looks decayed on the outside. Once inside we find ourselves next to a huge and luxurious modern pool area with beautiful terraces of the Haubentaucher. The contrast couldn’t be any bigger. 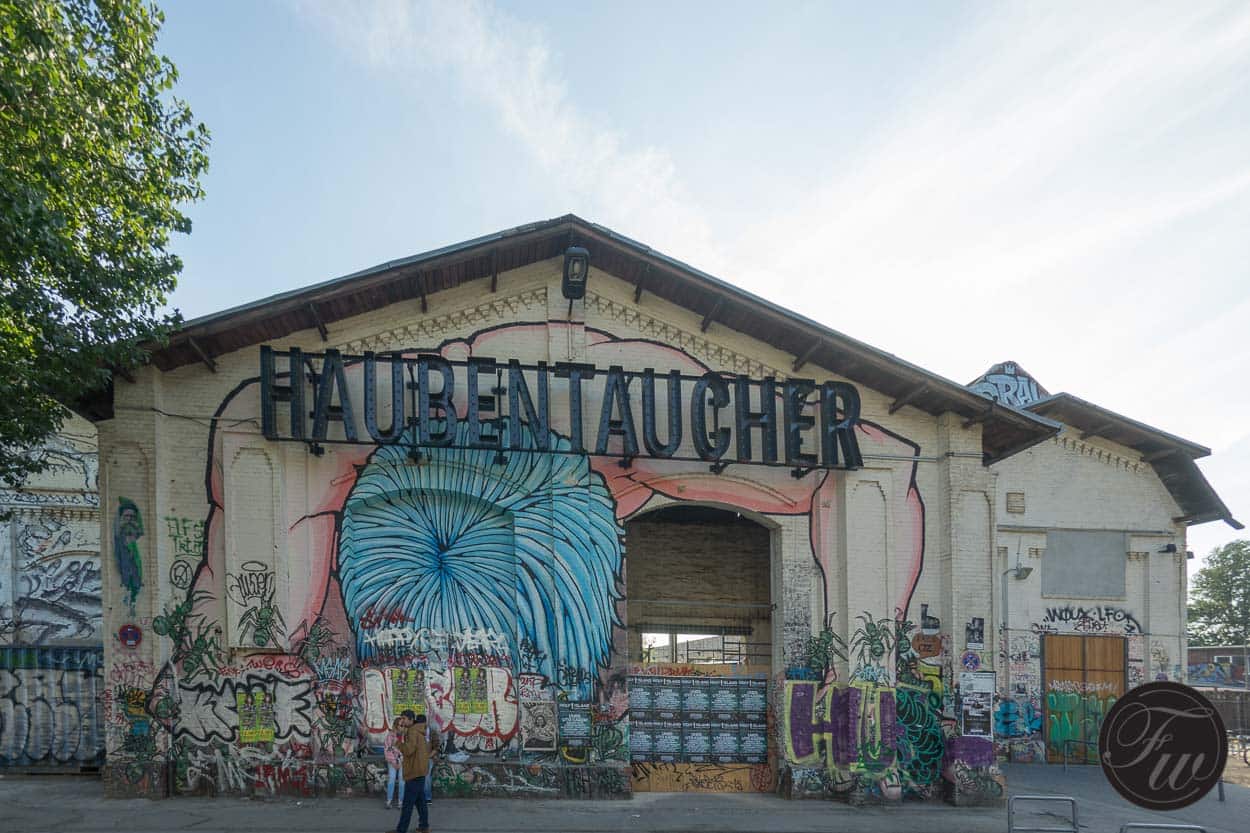 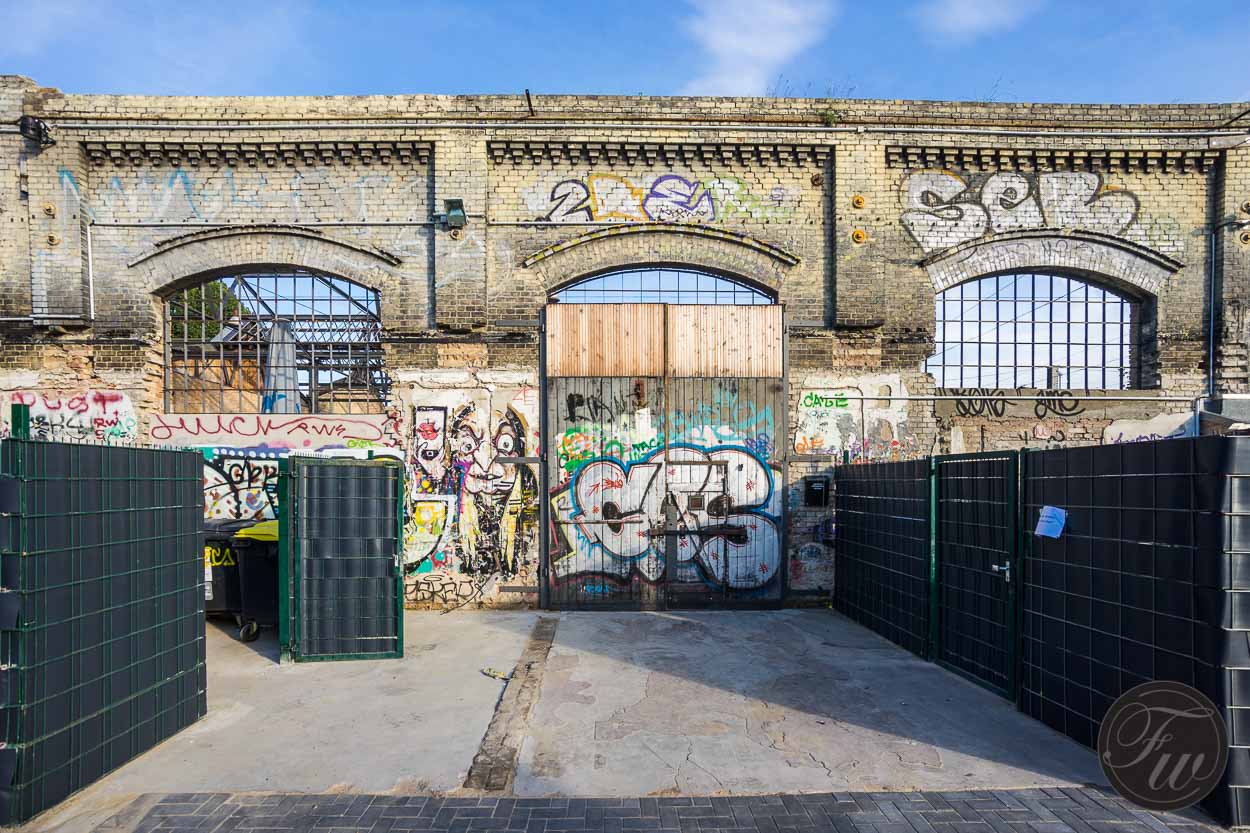 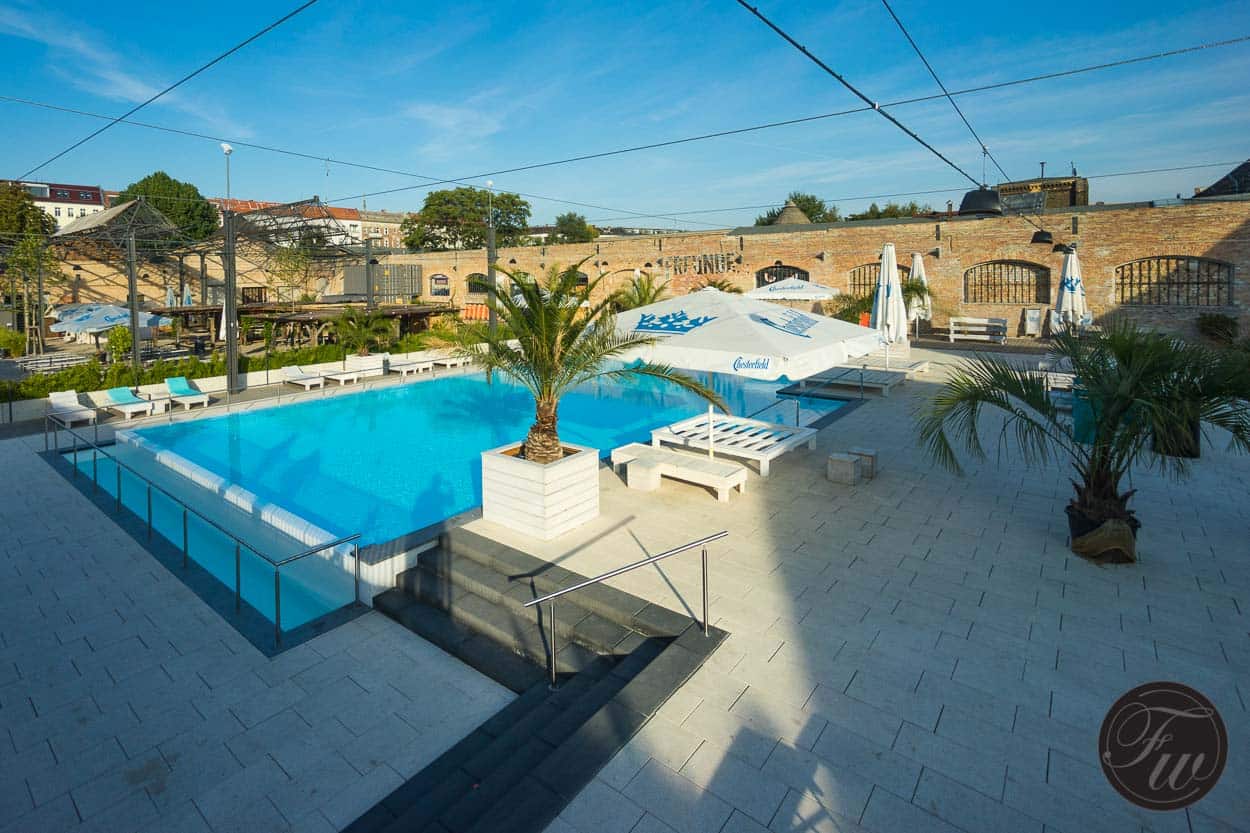 We continue our journey through the streets of east Berlin and stop over at some interesting sites. One of them is a street that has roughly 10 railway bridges over them in just a few hundred meters. Another place is an abandoned gas station from the 50’s. As it is an unwritten law to keep information about urbex locations off the grid we shall leave it’s location undisclosed. 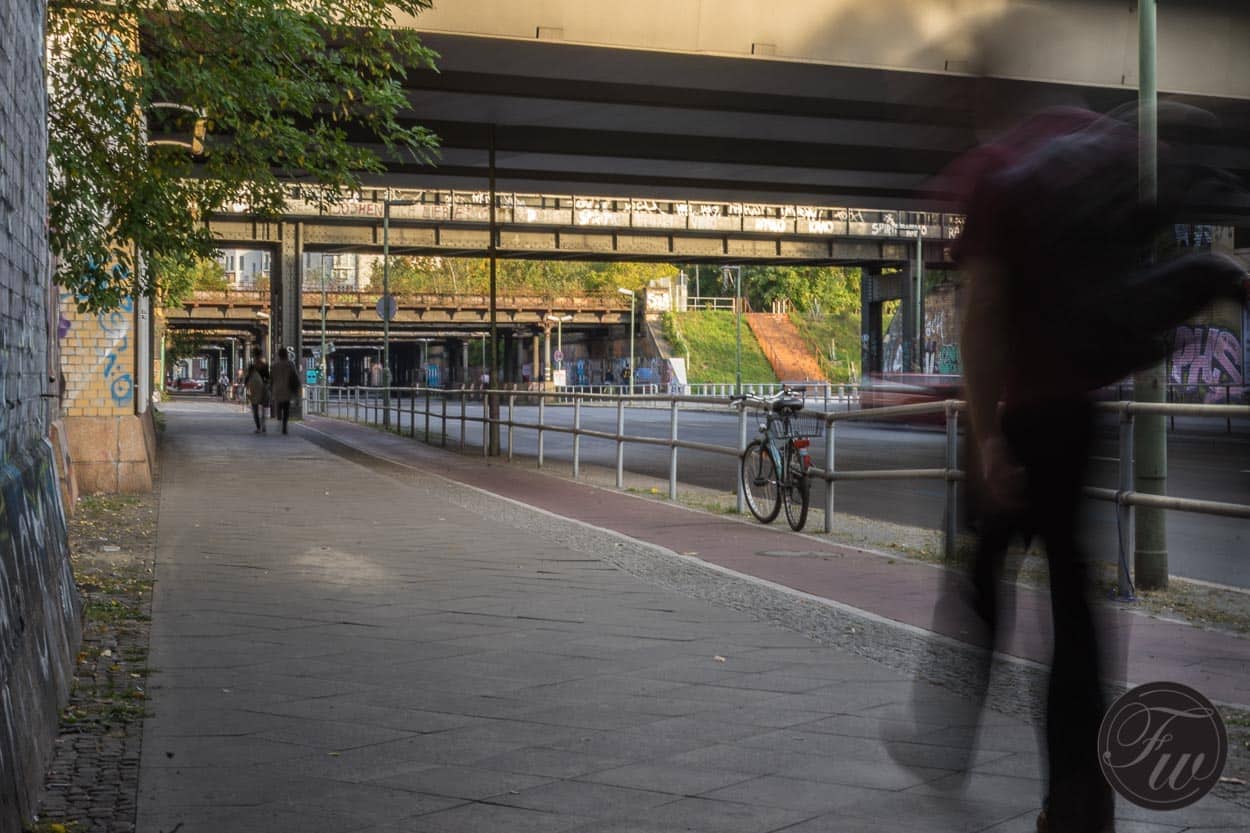 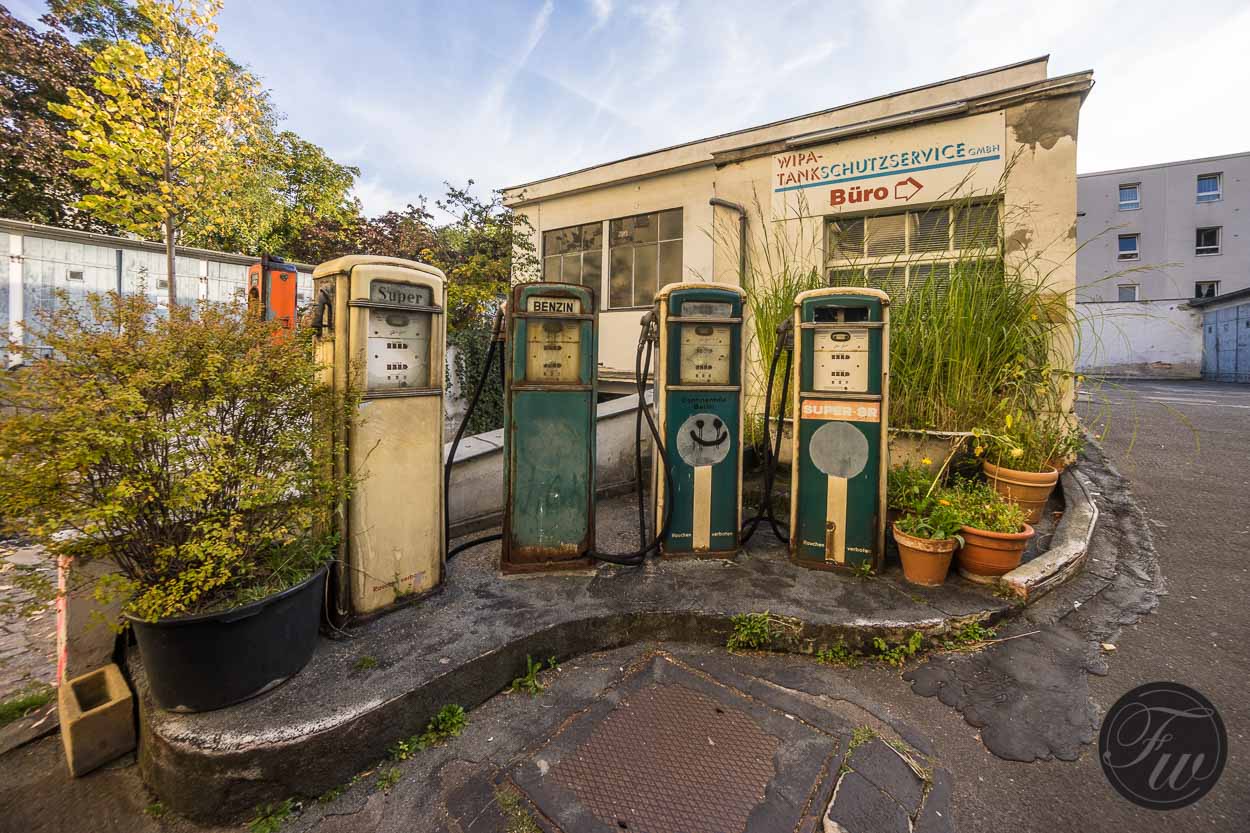 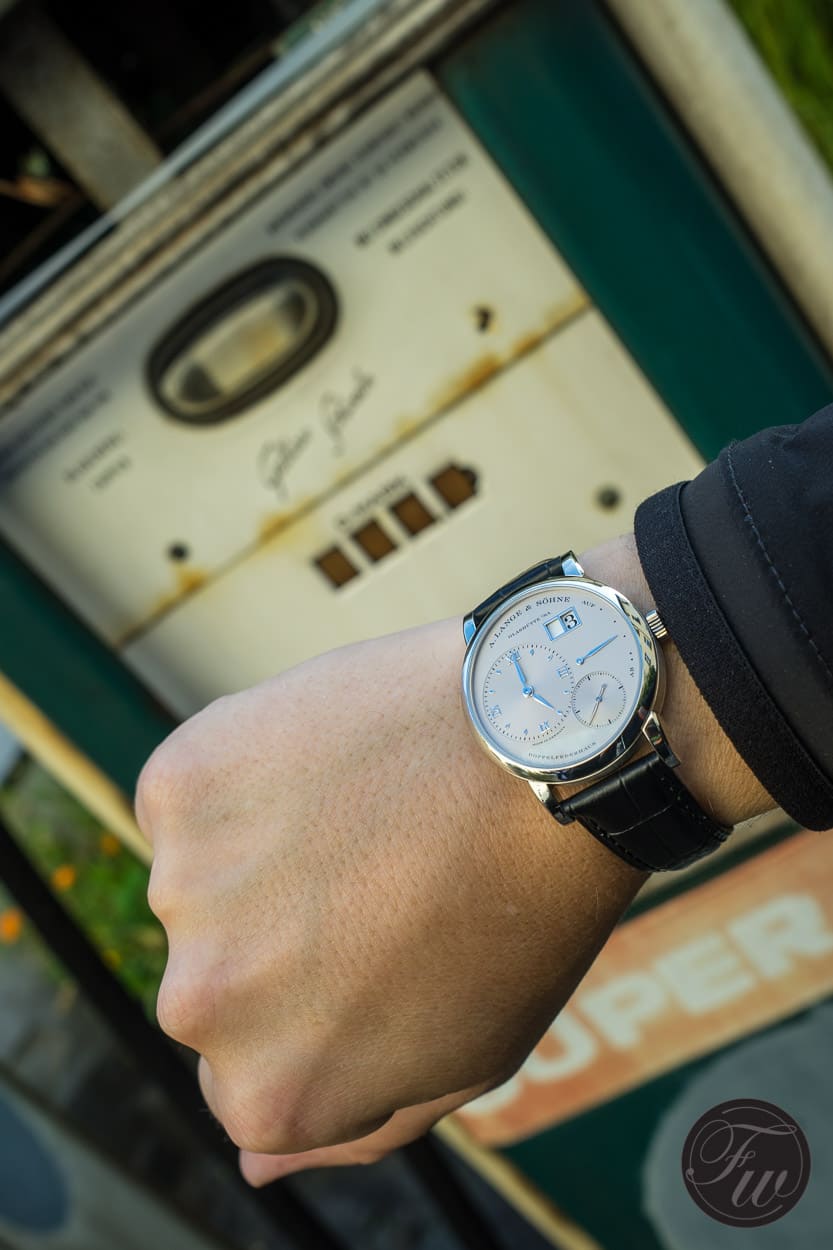 As it is getting late in the afternoon we slowly head back to the hotel. Meanwhile passing the Karl-Marx-Allee. Being nearly 2km’s long and 89 meter wide, our tour guide explains this is a typical and well thought over design by regimes back in the days. The long and wide streets are perfect for displaying parades. Along the way there are several spots for overlooking the parade.

So we slowly we find our way back to the hotel. After dinner we enjoy a last beer at the rooftop bar with great view. Closing off the trip, having a drink on our new PR contact, meanwhile saying goodbye to our current one and great friend who leaves Lange for a new challenge. We wish you best of luck at your new position!

We look back at a great trip to a special city and depart with a lot of impressions of Berlin, hoping to be able to go back soon to see more. Big thanks to all involved making this a trip an unforgettable one. For those interested, you will find the writ-up of our colleagues at Watchlounge (Sorry, German only) and Chronos24 (link will follow after publication).

More images in the Reunification anniversary with A. Lange & Söhne gallery