Or is The Crown as British as beans on toast?
Thor Svaboe
comments 14
Share

There is no getting away from it, Rolex is HUGE in the big US of A, but is Rolex really an American Company? With the most recognizable brand on any dial from Key West to Montana, the myth has deep roots. Did you know that a surprising number of people actually believe The Crown to be as American as apple pie and ice cream sundaes? That’s right, and I am sorry to have to disappoint you, but it isn’t. So where did this myth originate, and is there any truth to it? I mean Rolex sure is as Swiss as Raclette, right? 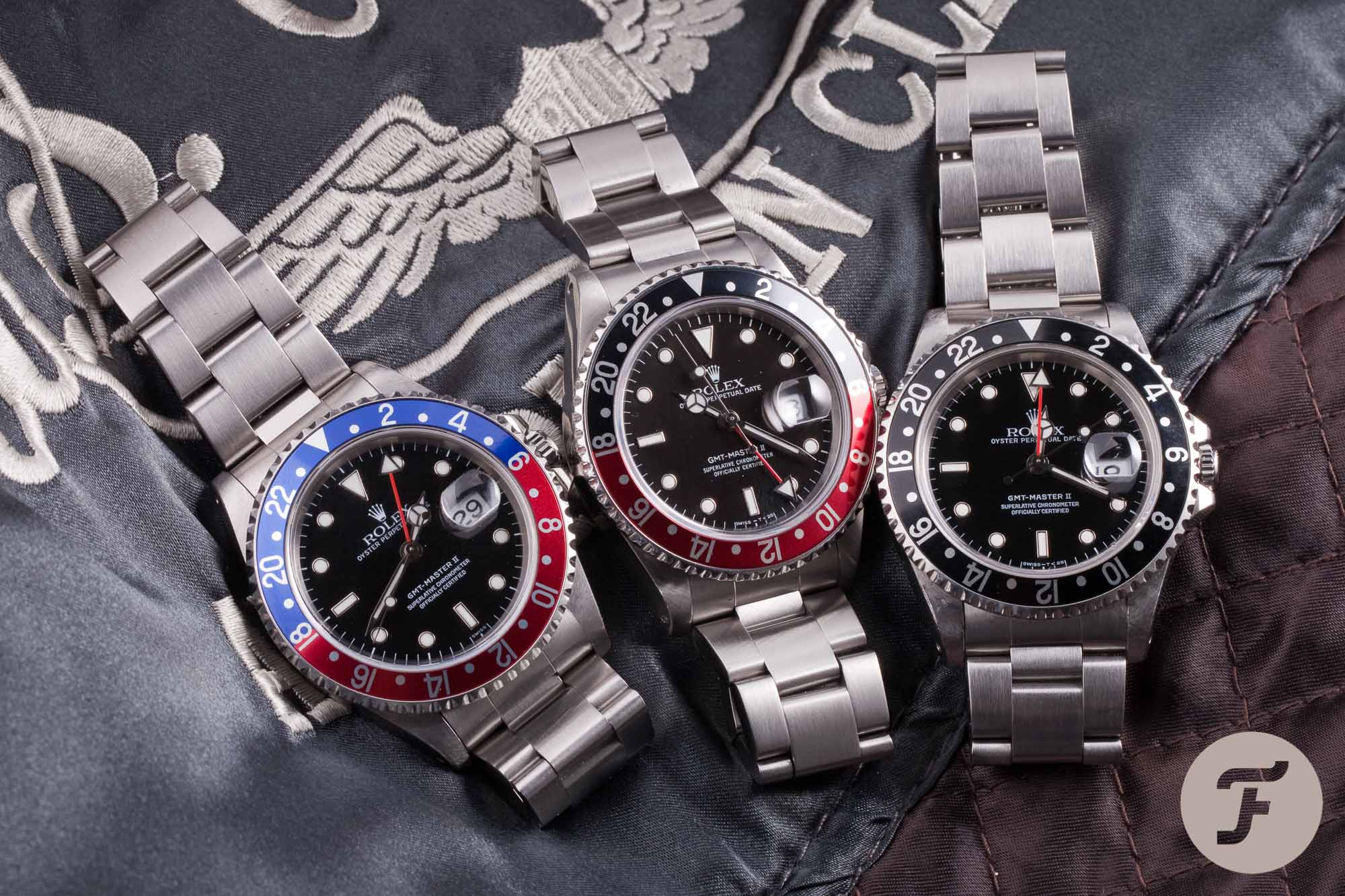 The Origin of the #1 Myth

Did you believe Rolex to be a Latin term with intrinsic meaning, perhaps riffing on the passage of time itself? Well so did I, but do you know what? No, just like the myth of an American origin, it is entirely made up, sorry to disappoint you. The name Rolex is entirely invented, and it is neither an anagram of luxury, much like the car brand Lexus. According to Business Insider, the inspiration is as charming as it is very likely true:

The name Rolex is entirely invented

“I tried combining the letters of the alphabet in every possible way,” Wilsdorf supposedly said, according to Rolex. “This gave me some hundred names, but none of them felt quite right. One morning, while riding on the upper deck of a horse-drawn omnibus along Cheapside in the City of London, a genie whispered ‘Rolex’ in my ear.” Another theory is that the name is an onomatopoeic word, sounding like a watch being wound (or so the Wikipedia story goes). 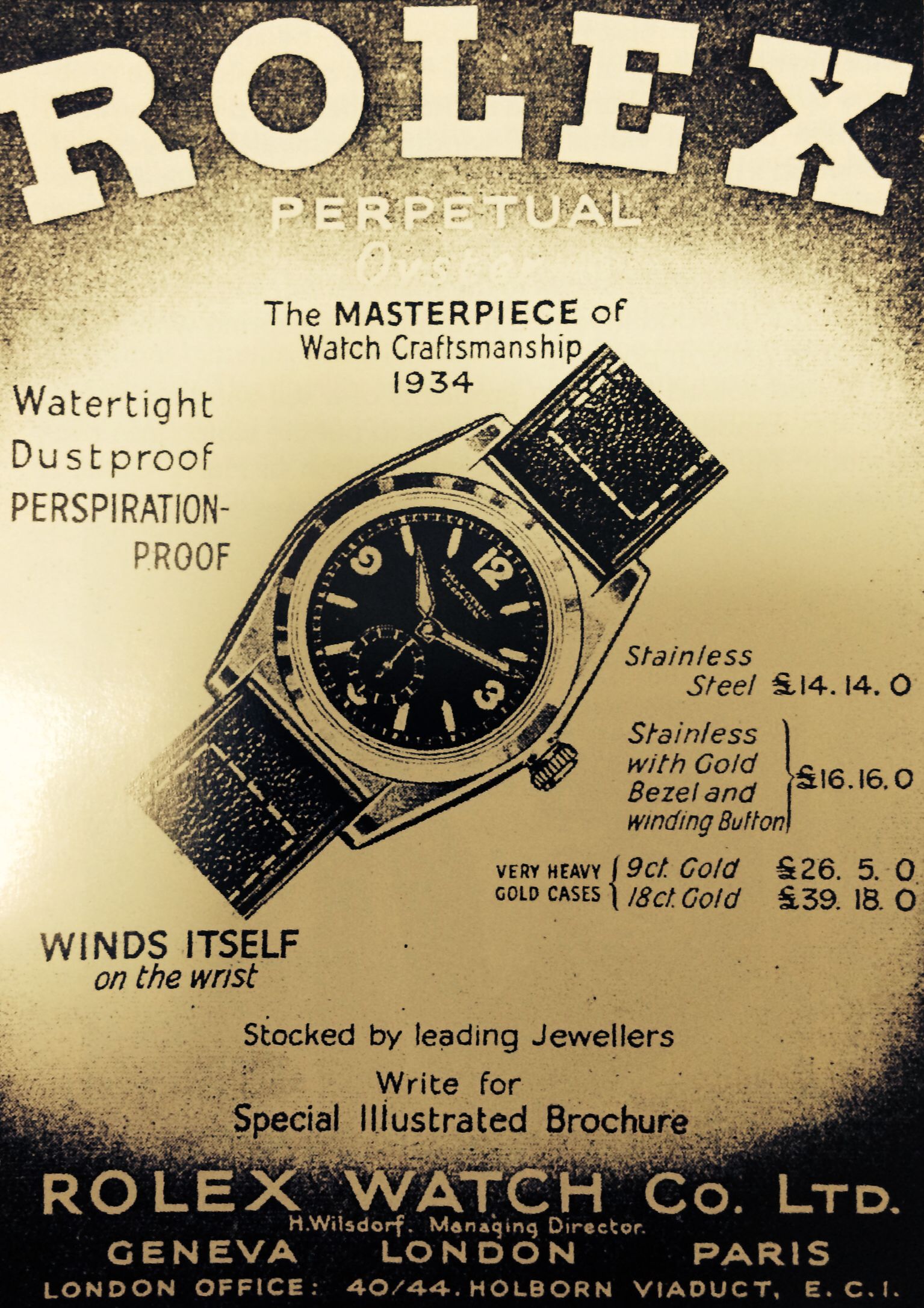 I know, imagine time traveling with $100 in your pocket..

Rolex is both a Swiss institution and the number one Swiss watch export. Many of us do know the origins of the brand, but I’ll still ruffle a few feathers when I unceremoniously remind you that the beginning was not in Geneva but in London. Rolex watches were Swiss Made from Day One (audible sighs of relief), but founded in 1905 as Wilsdorf and Davis. The company registered “Rolex” as the brand name in 1908 and became Rolex Watch Co. Ltd. in 1915. After WW1 the company moved to Bienne in the canton of Bern due to the economy in the United Kingdom. Bienne remains the main production site while HQ is in Geneva. In 1920, Wilsdorf registered Montres Rolex SA in Geneva as the new company name, it later became Rolex SA. Since 1960, the company has been owned by the Hans Wilsdorf Foundation, a private family trust.

Stop staring at my goddamn Rolex!

The magic of the Silver Screen

There is no escaping the fact that Rolex is the household name for Luxury watches. And especially throughout the large expanse of states across the Atlantic. Why? Well, it is obviously helped by the vast number of movies emanating from Hollywood. I would bet a fair few dollars that Rolex is the first name to pop up for a stylist when picking out accessories for a CEO slash Tycoon slash Mafia Don. And the nurturing of dreams is the raison d’être for the entire movie industry, including the world of unattainable status symbols. From James Bond to American Psycho, the movie-going public has been feeding on the hype for decades. 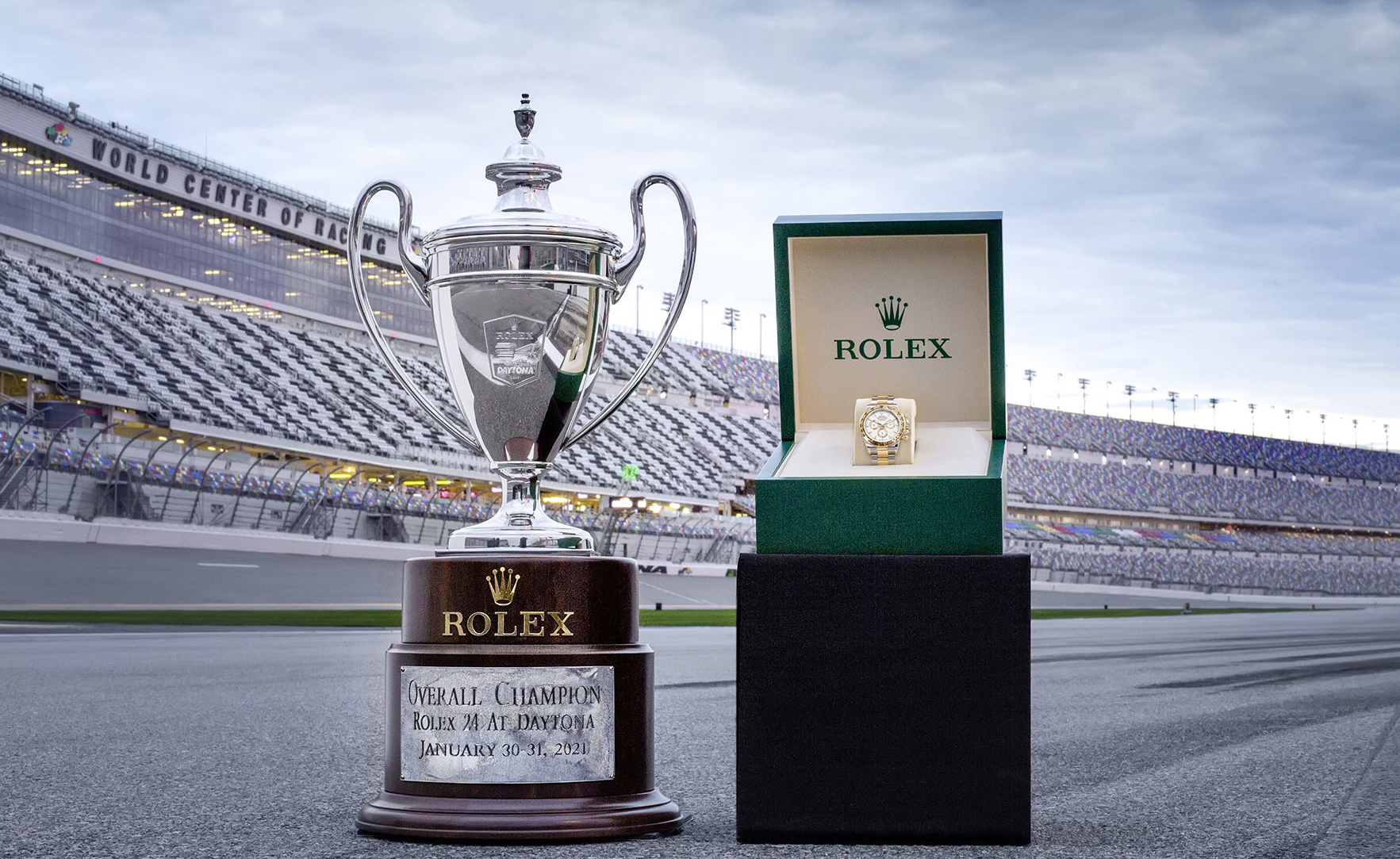 If you are a sports fan, whether it be Golf or the hardcore 24 hours of Daytona, Rolex sponsors the big events. How can this change the perception of the general public? And this means an engraved Daytona for all-American heroes like Mario Andretti, even Golf champions, a sure-fire way to perpetuate the myth. And we’re not even mentioning Brand Ambassadors. I mean, what better way to live the daydream of a racing driver than wearing his prize? 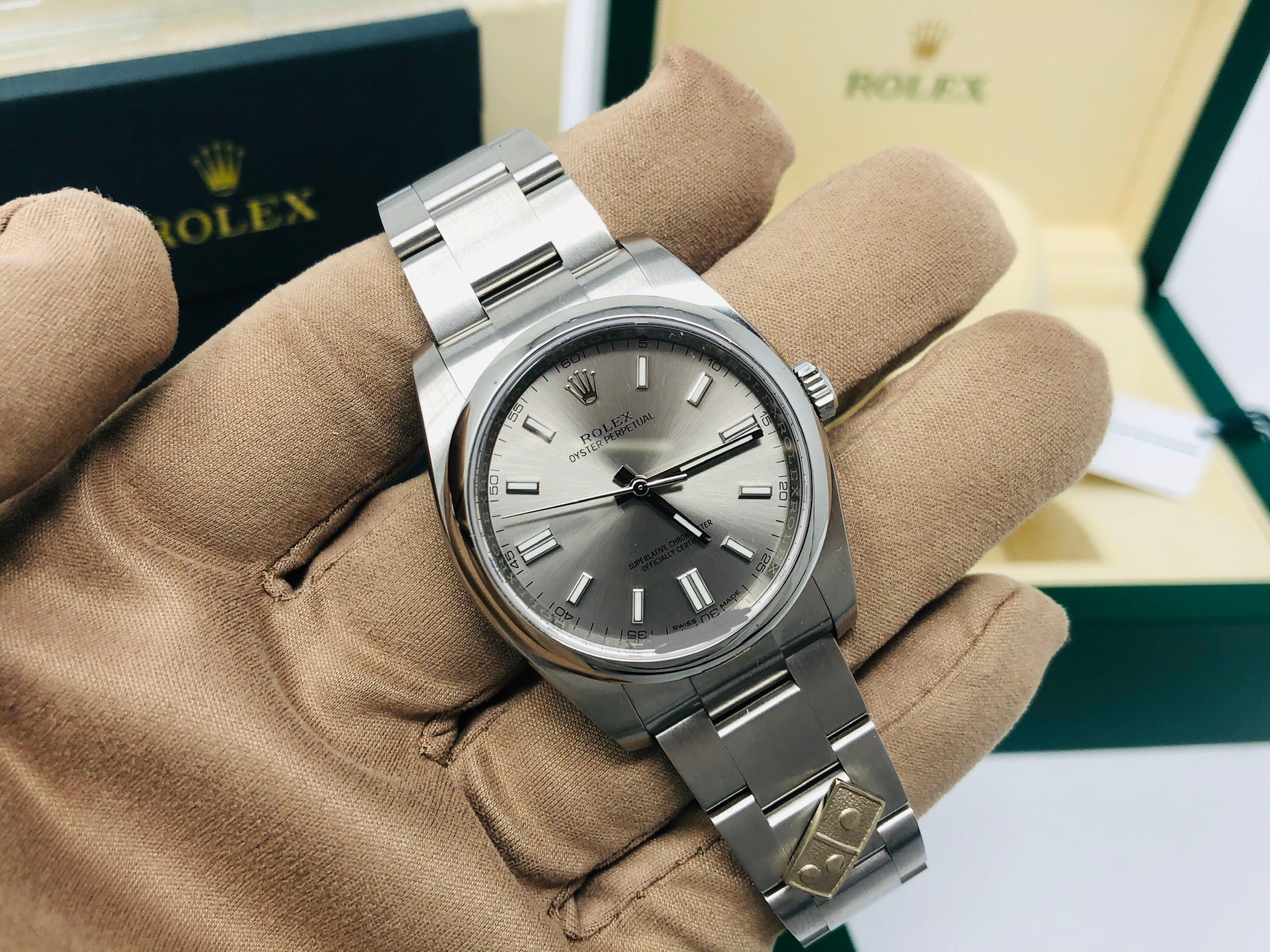 The Retirement Gift of Choice

A more quirky way to associate Rolex with all-American traditions is the double-logoed charm of a company anniversary watch. What better way to embody this than the crazy placement of a Domino’s Pizza logo, soldered onto the actual Oyster bracelet of an Oyster Perpetual? These are fun, though perhaps too much fun if an Oyster Perpetual is your elusive grail. Me, I love the quirky cool, and they are mainly attributed to US companies like Domino’s Pizza. Let me encourage you to Google these or check out Chrono24, and you might be tempted by the cheeky desecration of a be-crowned dial through cartoon colors. 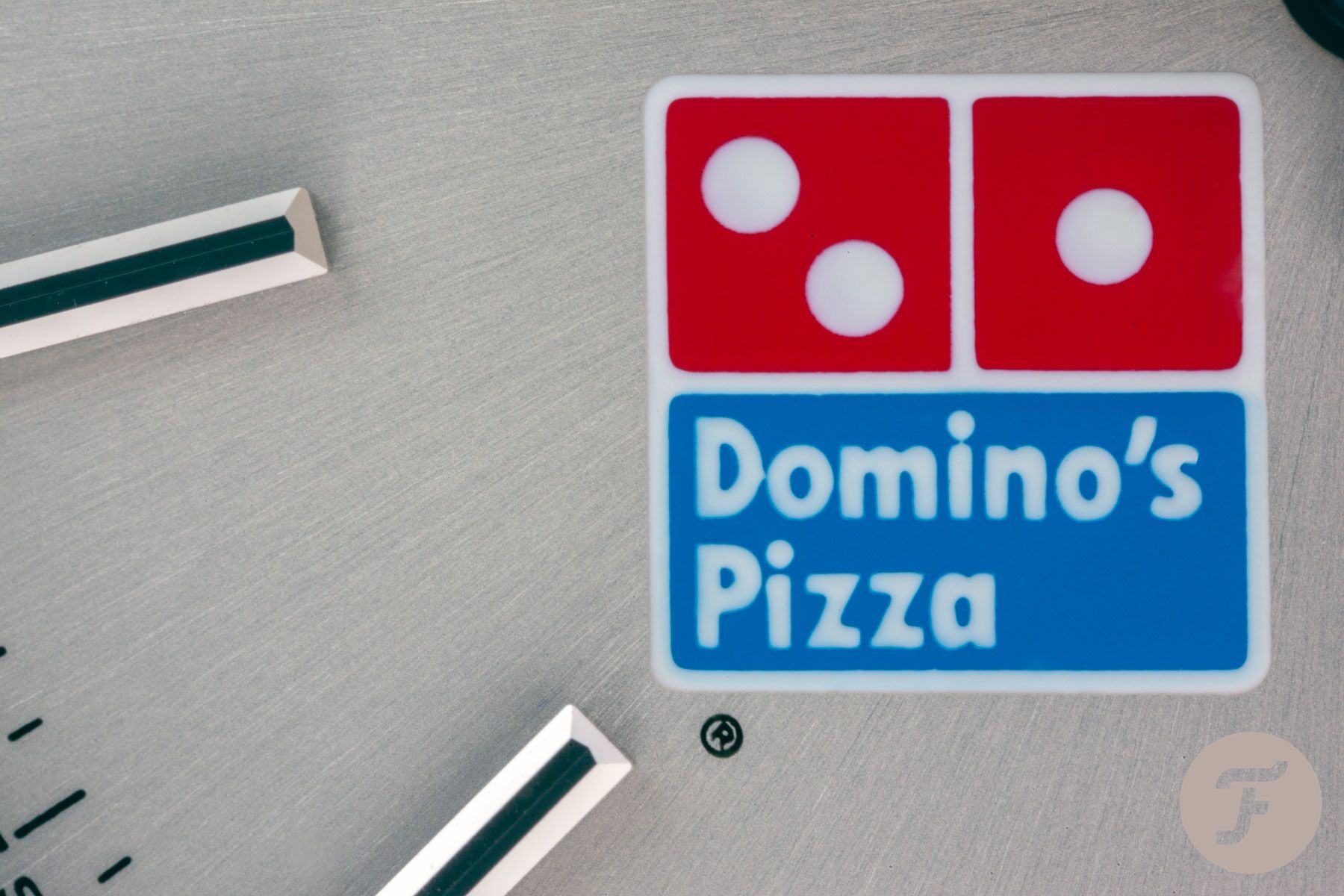 The present-day is very different than the reality we experienced only a few years ago. Two words that come to mind are “pandemic” and “availability.” Tell me the truth, none of us could have foreseen a virus bringing the world to a halt, or that unworn examples of the basic Oyster Perpetual are being auctioned off at double their retail price. Those candy-colored dials are delicious, but come on! The thirst for Swiss 904L steel seems unquenchable but just imagine (cue time-traveling sound effects) June 1968. Imagine humanely priced Air Kings and Datejusts being bought in the dozens by Domino’s Pizza. wheeled in by the UPS guy and shoved unceremoniously onto a shelf in a stock room. As American as Apple Pie! 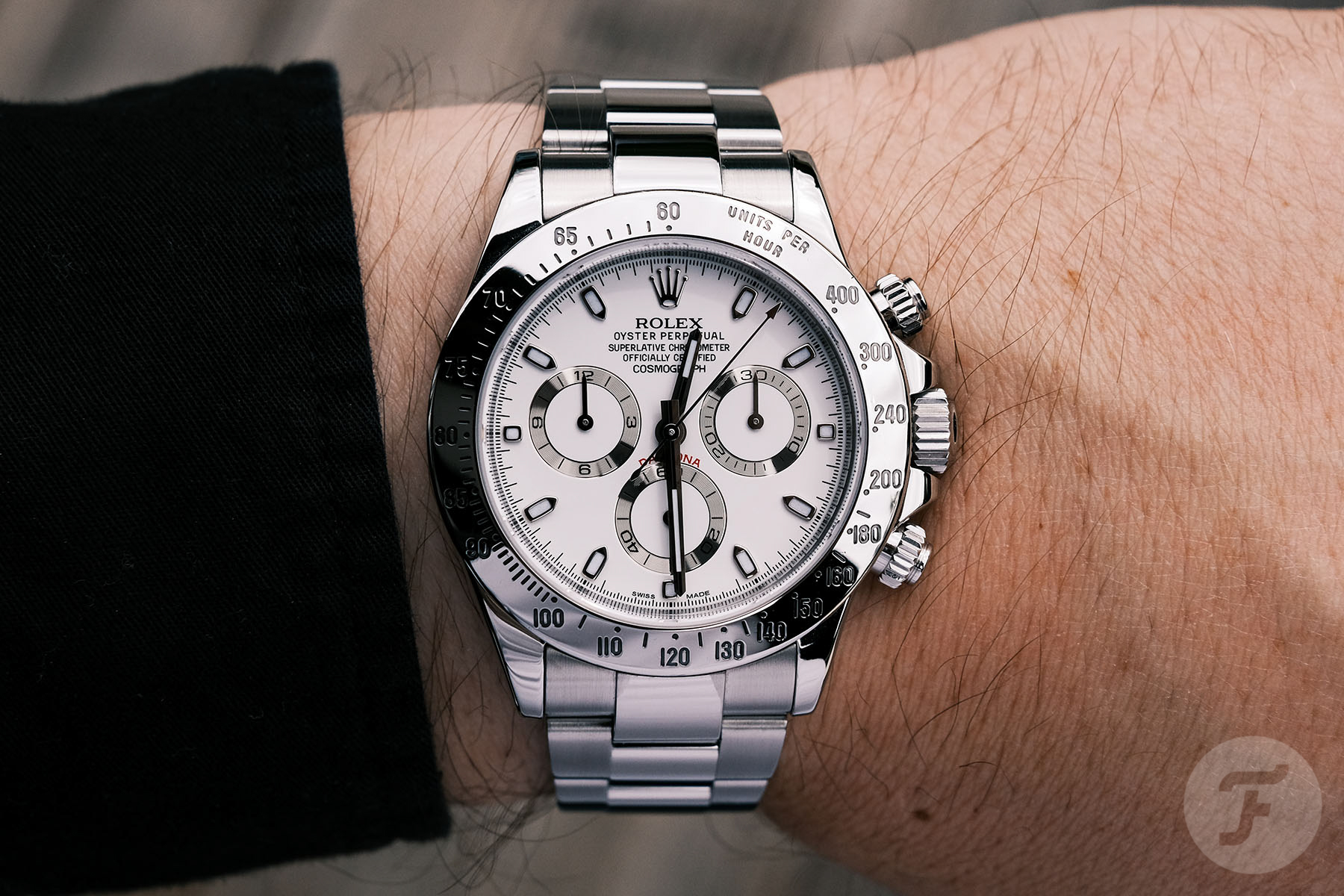 So one thing is now clear: Rolex does hold strong ties to American culture, brands, and even motorsport. Though these ties are perhaps the root of the myth, I can confirm that Rolex’s American origins are just that, a myth. Rolex is a Swiss brand through and through, though its roots are German and British.

As always, let me know your thoughts in the comments down below. Also, if there are any other horological myths and urban legends that you’d like to see broken down, note them down also.