Six Months On: Do We Care About The Rolex Explorer II Update?

Where does the time go? It only feels like a week or so ago that I was sat at my desk watching Rolex’s presentation at Watches And Wonders 2021. That was back in March. You may recall that Rolex released an update to the Explorer II. Subtle and minor tweaks rather than something totally wild and new, but does anyone really care six months on?

As with any Rolex announcement or launch, people get excited. People get very excited. Forums and Facebook groups become filled with guesses and theories about what the Crown will bring out next. March 2021 was no different. Rolex had hinted that something was happening with the Explorer. Still, nobody quite predicted the Explorer II would just get a minor facelift. 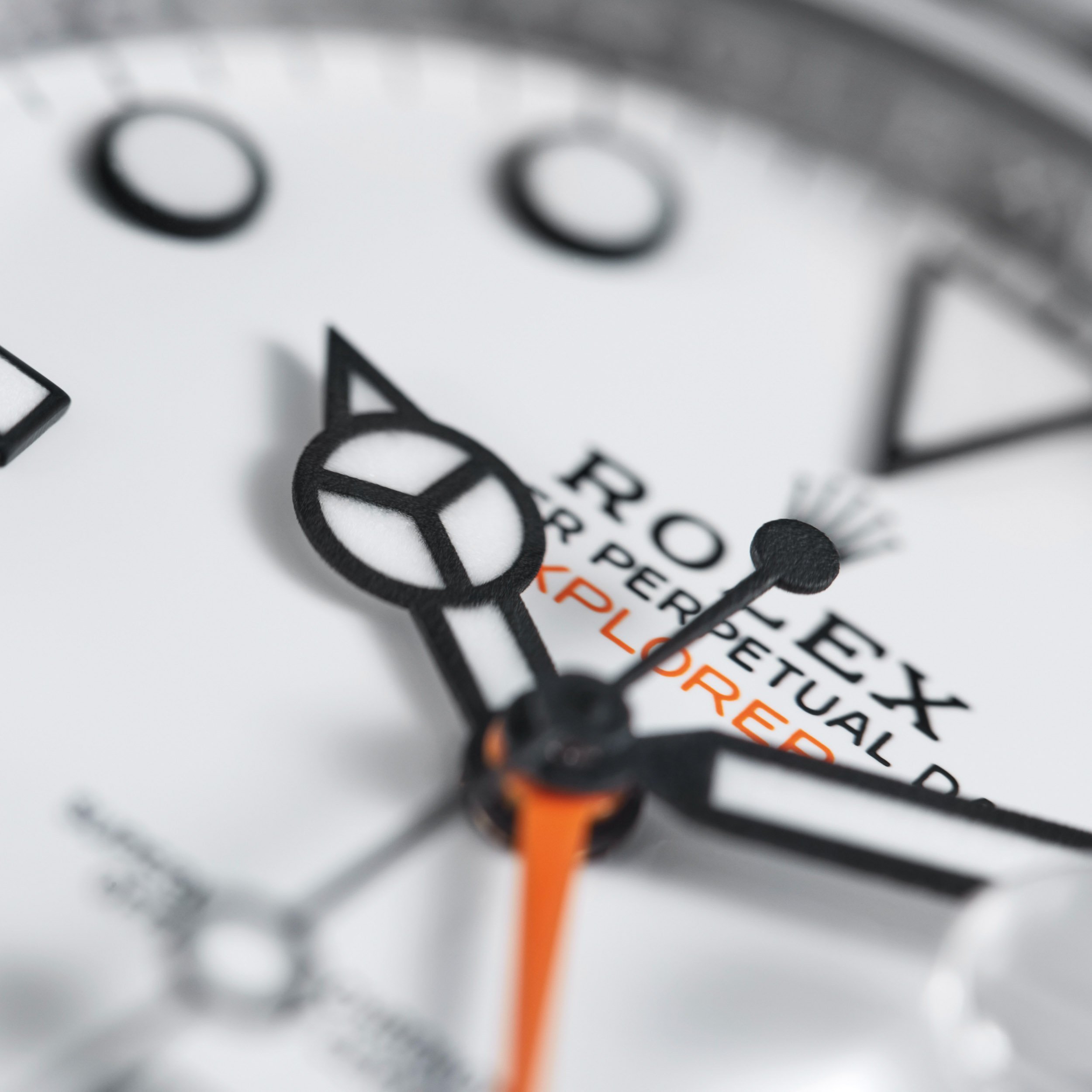 What did Rolex give us?

So, what were the tweaks? Well, it was undoubtedly a more iterative update than theorized during the buildup to the launch. The update of the new Explorer II 226570 is less significant than the previous versions launched back in 2011 when Rolex first introduced the 42mm case size. 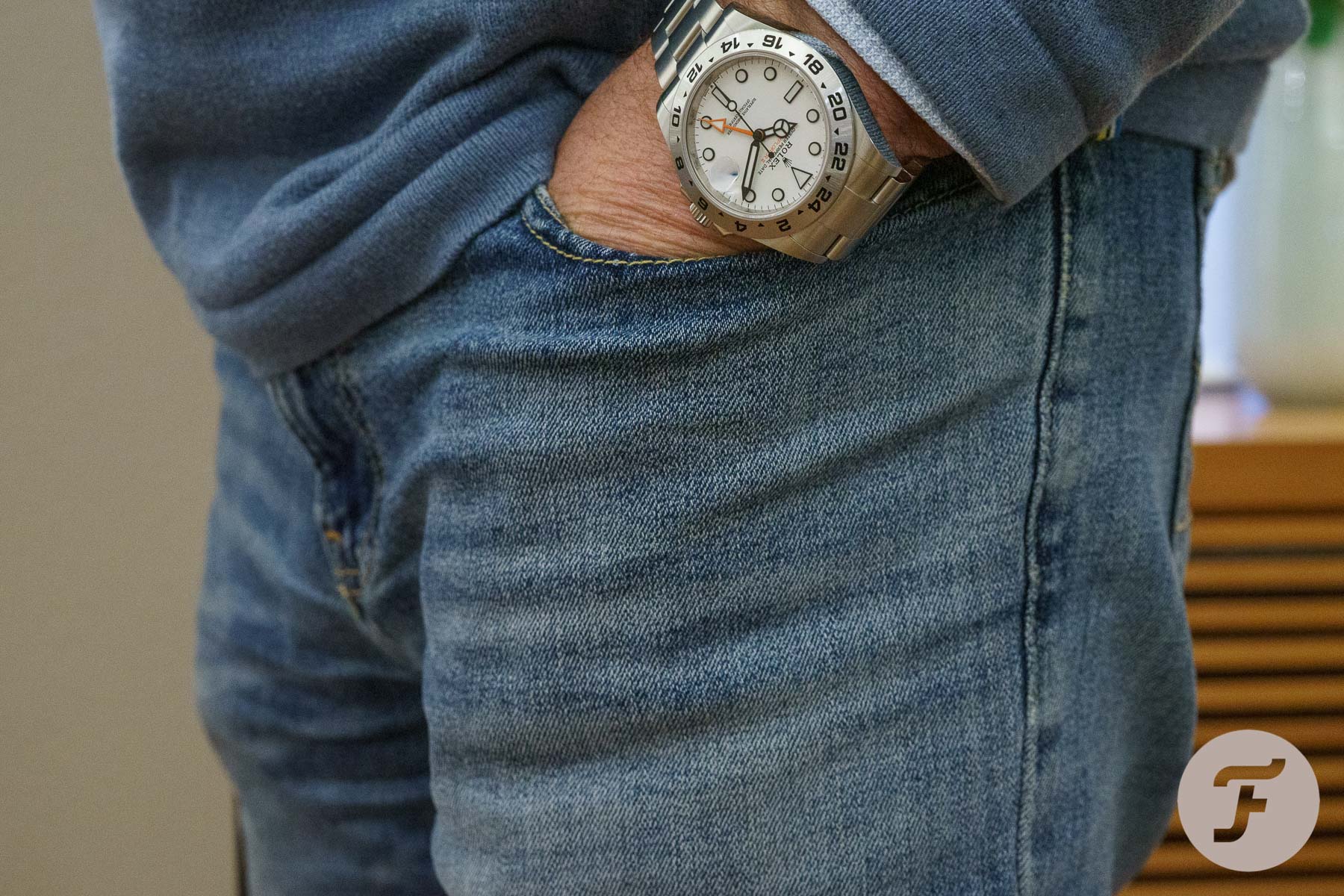 Like when Rolex updated the Submariner in 2020, the case lugs have been slimmed down, creating a more elegant silhouette for the Rolex Explorer II. The wider, tool-like maxi lugs were never my favorite, so I approve of this change. The overall case diameter remains the same at 42mm, though. So, if you’d been hoping to see a more Sub-like case size, then you were probably left a little disappointed. It makes perfect sense to keep the 42mm case, though. It allows the Explorer II to provide greater variety on the 40mm cases of the Submariner and the GMT Master II. In turn, this enables the Explorer II to have a more defined position within the Rolex catalog rather than getting lost among the competition. 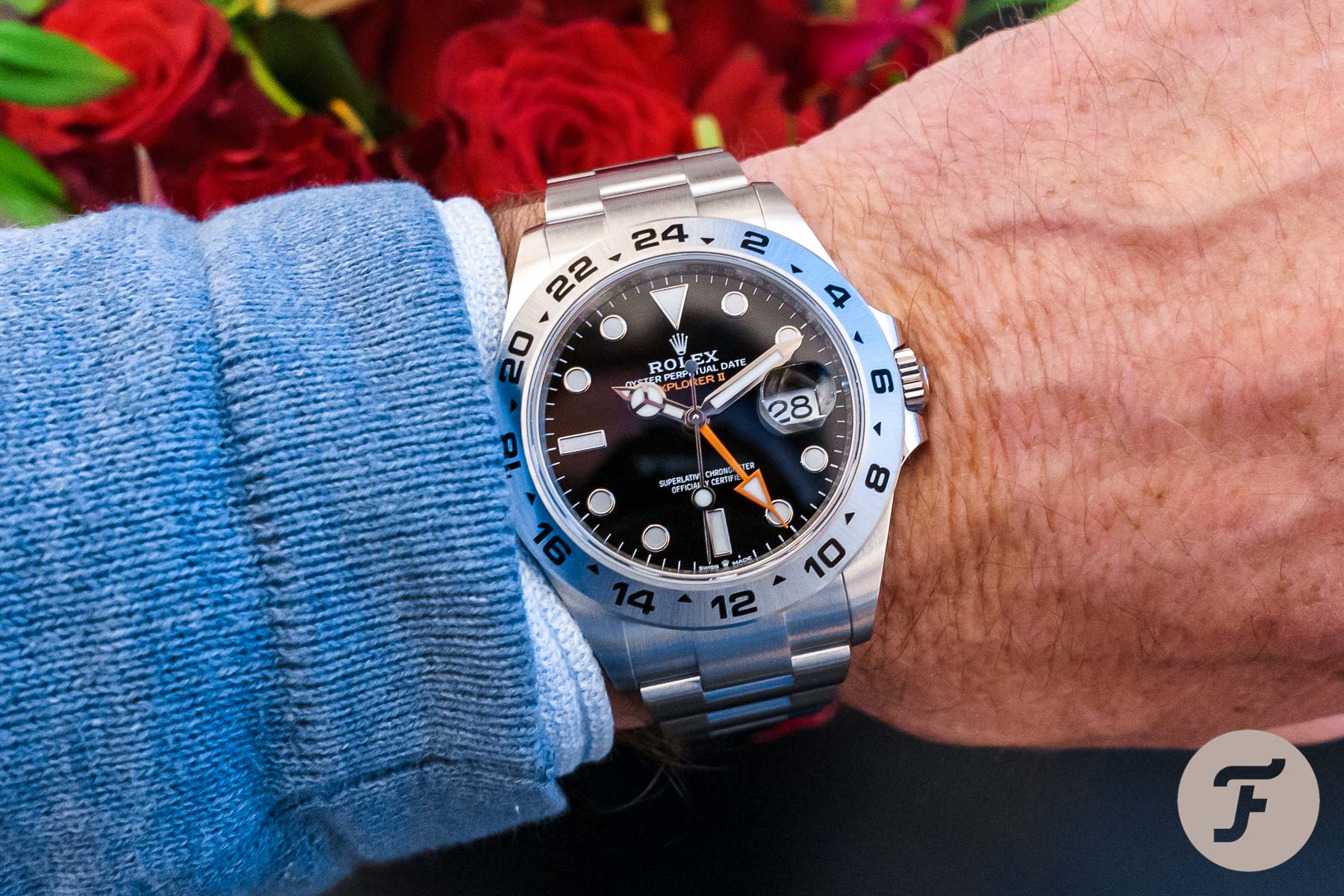 Rolex finally gave us the 3825

Rolex also finally gave us an updated movement — hurrah! The Explorer II was finally treated to the in-house developed caliber 3285 found in the GMT-Master II collection. The 3285 guaranteed precision to +2 / -2 seconds per day deviation on average, along with a 70-hour power reserve. Of course, the caliber 3285 also has the blue Parachrom hairspring and Paraflex shock absorbers. These innovations ensure your watch is unaffected by magnetism and shocks. 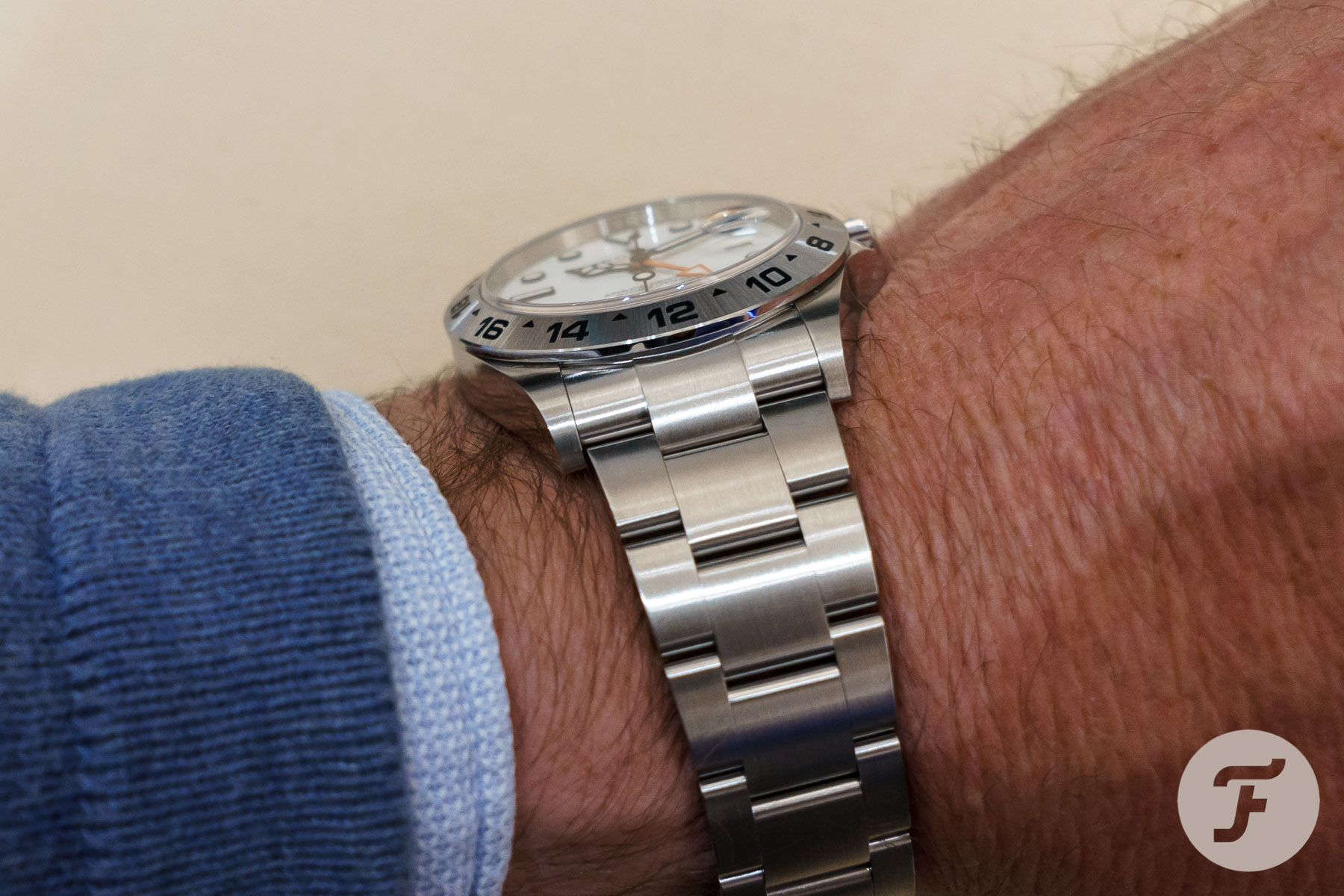 Finally, the Rolex Explorer II 226570 also received the latest version of the Oyster bracelet. It comes with the famous Oysterlock folding safety clasp, which prevents accidental opening, and it’s also equipped with the Easylink comfort extension. This nifty little feature allows you to adjust the bracelet length by approximately 5mm. In addition, a concealed attachment system ensures seamless visual continuity between the bracelet and the case. 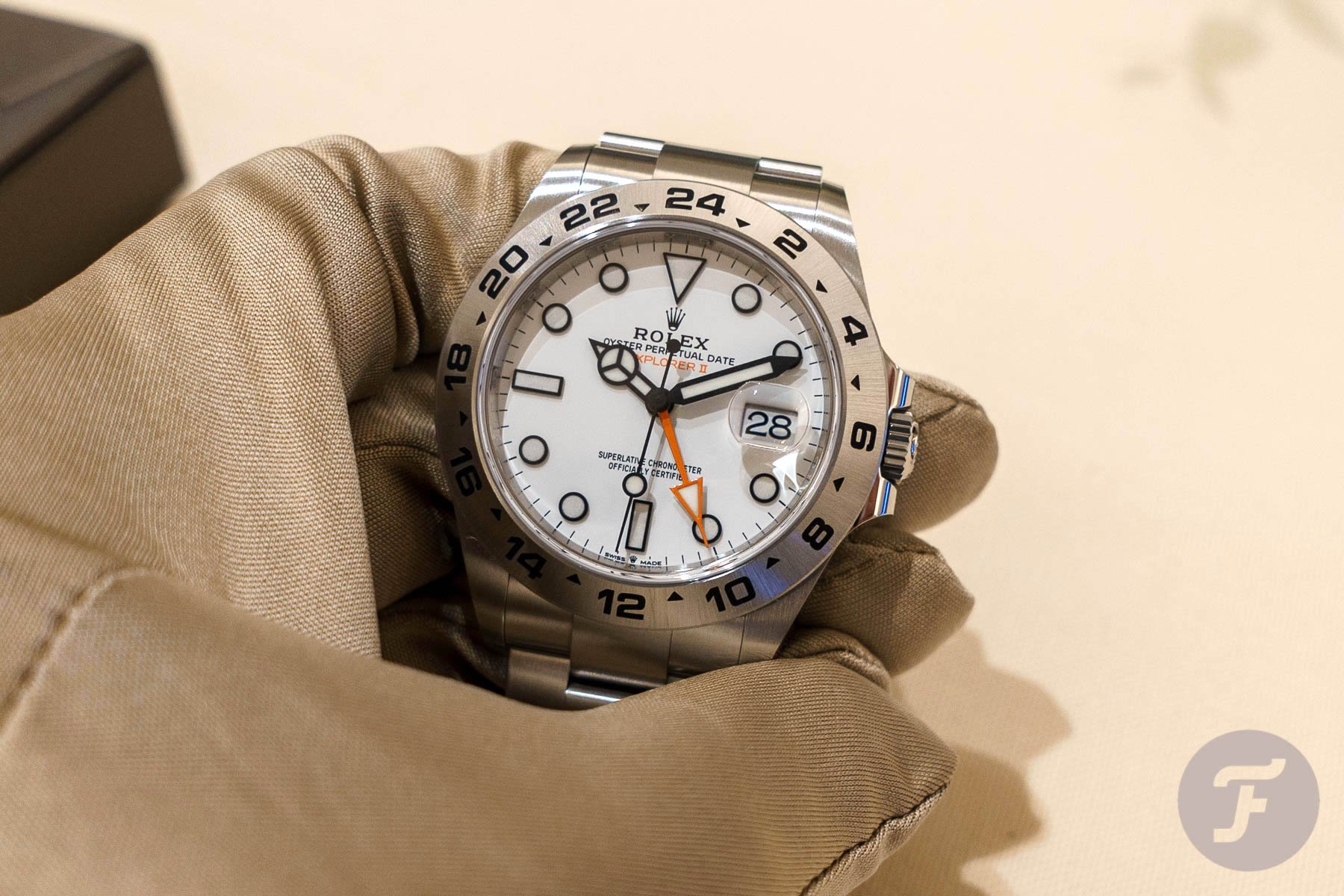 What did people expect of the new Explorer?

So, the updates were nice enough. Nobody was hollering from the rooftops that the watch was a backward step, but how did that match the plethora of rumors before the launch? Well, as with any rumor, you have to take them with a pinch of salt. While the saying is “there’s no smoke without fire”, rumors are often nothing more than people expressing their wants and desires in our wonderful world.

One of the most common rumblings from the enthusiast community was a new ceramic bezel. You may well have seen the mockups online. I’ll be honest, they looked good, and some were incredibly well made. They suckered me in and had me hoping for a nice ceramic bezel. I mean, there was some logic behind it all, too, albeit tenuous. Rolex moved away from metal bezel inserts for the other sports watches and moved to Cerachrom inserts instead. So, did a solid Cerachrom bezel seem that wild, really? Possibly not, but it did to Rolex. No dice. 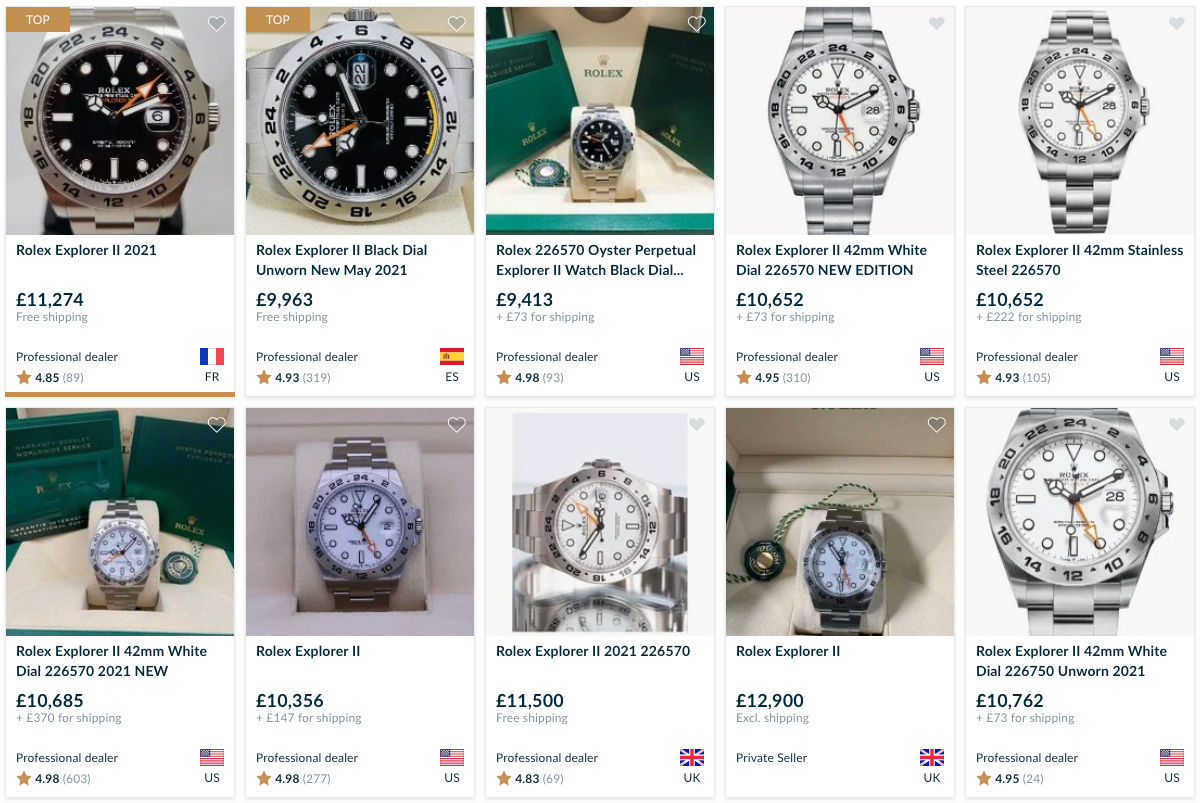 So what about the availability?

Well, that’s the interesting thing, and it’s hard to gauge it across the board. I can only speak from personal experience here, but I have seen a grand total of zero of these watches in shop displays. That’s right, zero. To put that into some kind of perspective, I have seen the odd “rare-as-hens-teeth” 2020 Submariner. Although I very much doubt they would have been available for sale had I gone in and asked. I’ve not explicitly gone into a Rolex AD and asked for one, as I’m not in the market for one. I am sure that if a dealer had one or two available, though, they’d be in the window to show them off! I reckon a nice stainless steel Rolex sports watch in the window is a pretty solid way to entice punters into the place, no?

This leads me to believe that the availability is somewhat strangled, similar to Rolex’s other steel sports watches. I very much doubt that the new 226570 has caused a wane in popularity versus the previous, older generation Explorer II model.

Taking a quick look at the second-hand market and using Chrono24.co.uk as an indicator, a quick search for the Rolex Explorer II 226570 shows prices between £9,413 and £11,500. So, at the upper end of the price bracelet, we’re seeing sellers offering the watch for 69% above the retail value of £6,800. To me, that says that there’s still plenty of people wanting the watch. 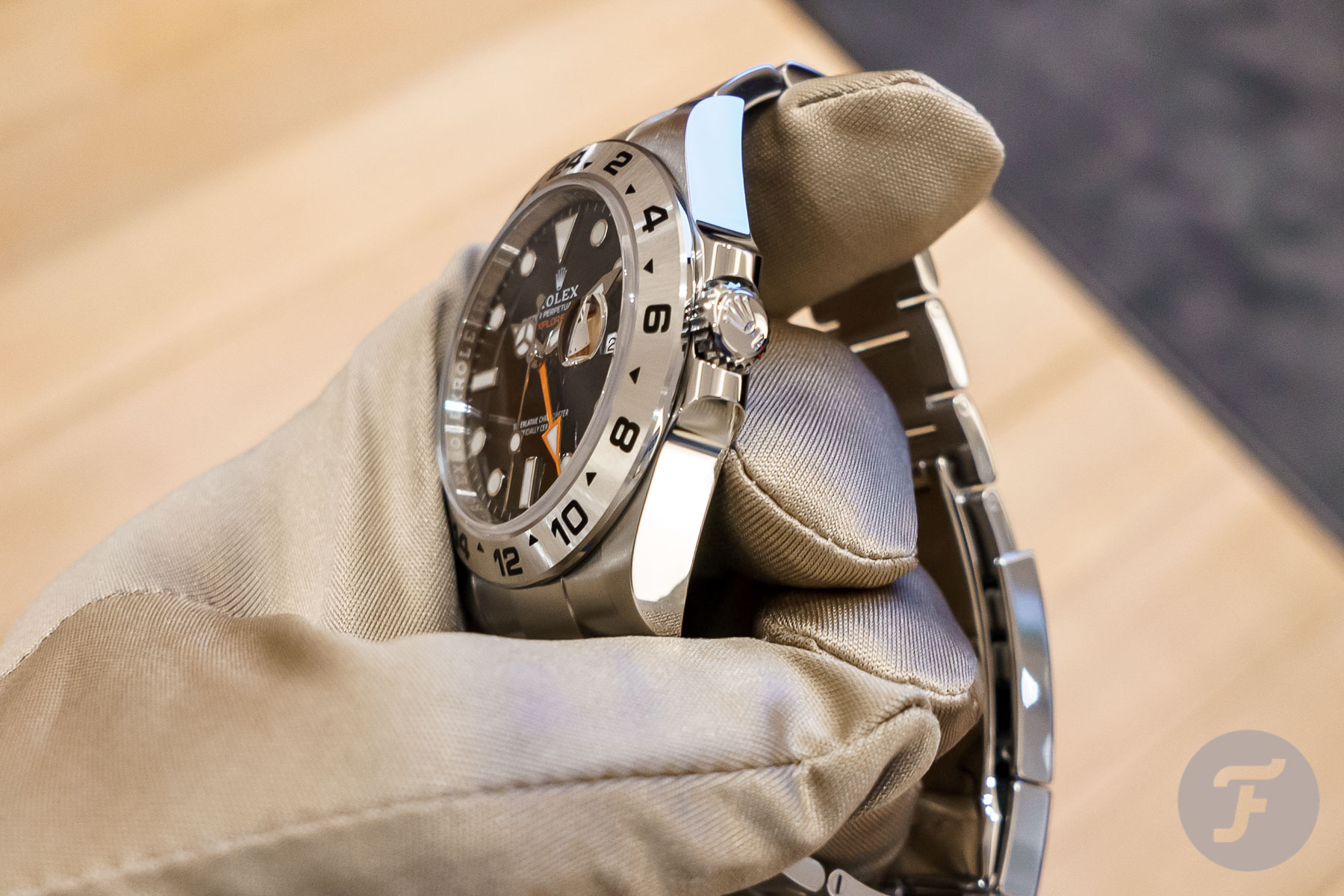 So what does this say about the market appetite for the new Rolex Explorer?

It goes to show the power of the Crown. When Rolex announced the minor updates at Watches And Wonders 2021, there was a lot of whinging across the community about how Rolex missed a trick to actually provide a tangible update to the Explorer II. Well, Rolex clearly knows exactly what it’s doing. We’ve not seen any visible loss of interest in the Explorer II. The second-hand market prices remain stable and well above the list price. I think that as far as Rolex is concerned, that’s a big tick in the “win” column.

To be honest, I can understand why. I much prefer the newer, slimmer case lugs to the older “maxi” style. The new, updated caliber is undoubtedly a big plus, too, providing multiple beneficial improvements to everyday wear and operation. Genuinely, what’s not to like? The Explorer II, specifically the polar dial, has long been my favorite model in the Rolex catalog. But it doesn’t appear like I’ll be getting one any time soon…

What about you? What did you make of this iterative update of the Explorer II 226570? Did you even care at all? As ever, let me know in the comments.

Hot Topics
Introducing: The New Seamaster Professional 300M 60 Years Of Bond — With A Special Animated Case Back
105 comments
Are You Still After An Omega × Swatch MoonSwatch?
84 comments
It’s Time To Invest In A Dress Watch — Our Picks From Breguet, Omega, Grand Seiko, And More
72 comments
The Rolex Waitlist Conundrum — How Much Will The Price Of Your Watch Increase While You Wait?
50 comments
The Best Omega Speedmaster Watches Of 2022
40 comments
Popular
Two Patek Philippe Nautilus Watches: 3700/1A Versus 5711/1A
Robert-Jan Broer
16
Speedy Tuesday – Olympic Games 2020 Speedmaster For the Japan Market
Robert-Jan Broer
3
Speedmaster Speedy Tuesday 2 “Ultraman” – Out Now! (Live Pics and Video)
Robert-Jan Broer
32