It's more than a matter of taste. Or is it?
Brandon Baines
comments 29
Share

I remember the first time my wife ever had a root beer. We were on our first trip back to my hometown in the U.S. from my new home in Japan. After being away for almost two years, my longest stint ever to that point, I was excited to eat and drink all the things that didn’t exist in Japan — ranch dressing, Reese’s Peanut Butter Cups, cake that didn’t taste like air, and yes, root beer! My wife (then-girlfriend) and I swung into the convenience store, and with an enormous adolescent grin on my face, I bought an A&W. I cracked that sucker open and took a swig. Breathing a satisfying sigh of nostalgia, I passed my Japanese partner the bottle, exclaiming “You gotta try this!” Excitedly, she took her first sip. But as her face shriveled up in disgust, she disappointedly muttered, “It tastes like cough syrup…”

My world came crashing down. This was the woman I was thinking of proposing to?! Okay, maybe it wasn’t that serious. But at that moment, I realized how much our conditioned sense of taste dictates what we enjoy. My wife has lived her whole life in Japan. Yes, it’s the “Land of the Rising Sun.” But it’s also the “Land of Stinky Fermented Soy Beans and Fish Prostate Sushi.” They are things that typical Japanese adults don’t think twice about consuming, very much like typical Americans don’t think twice about guzzling root beer. But for those not prepared for the (apparently) jarring flavor, it’s an utter shock to the system. Upon tasting the root beer candy I brought back to Japan, my Japanese co-workers echoed my wife’s sentiments. It tasted like cough syrup! And when Rolex released the current 126711CHNR “Root Beer,” I felt exactly the same way. 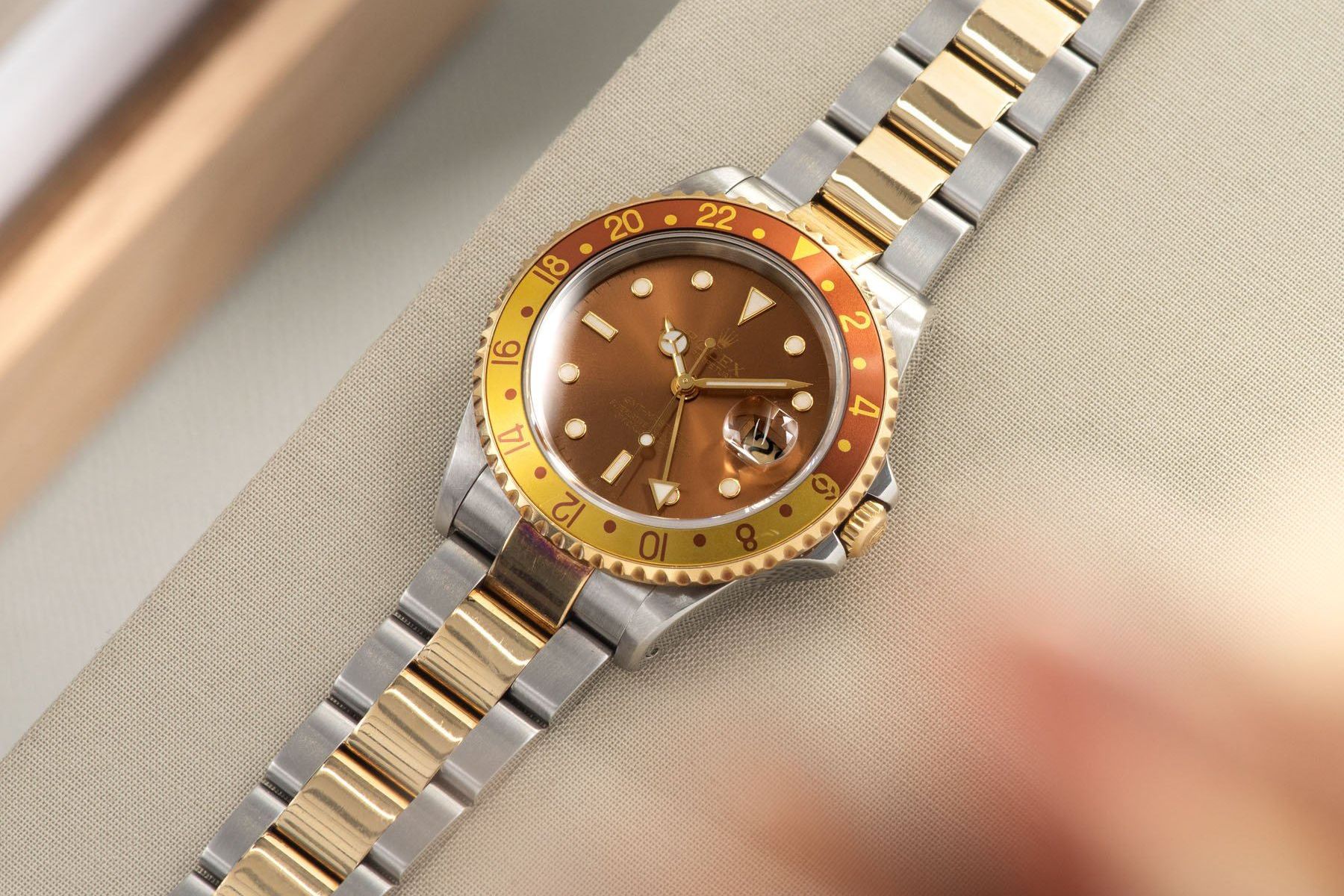 The two-tone Rolex 16713 “Root Beer” has long been my favorite GMT-Master. While the all-stainless 16710 “Pepsi” is a beautiful and more practical choice for everyday wear, I’m at the point in my watch journey where I don’t much care if a watch fits my everyday life or not. At this point, I’ve covered the bases for a reliable “daily driver” with my beloved Submariner 114060. All I desire going forward are watches that make my heart race. All I “need” for the collection are pieces that give me the thrill I experienced in the early days of “watch life” when everything was new, exciting, and packed with emotion. The 16713 pre-ceramic Root Beer is that kind of watch. With its fiery brown sunburst dial, glimmering metallic brown-and gold bezel, and flashy two-tone bracelet, it packs a punch that could crumple the mighty Chuck Norris himself. 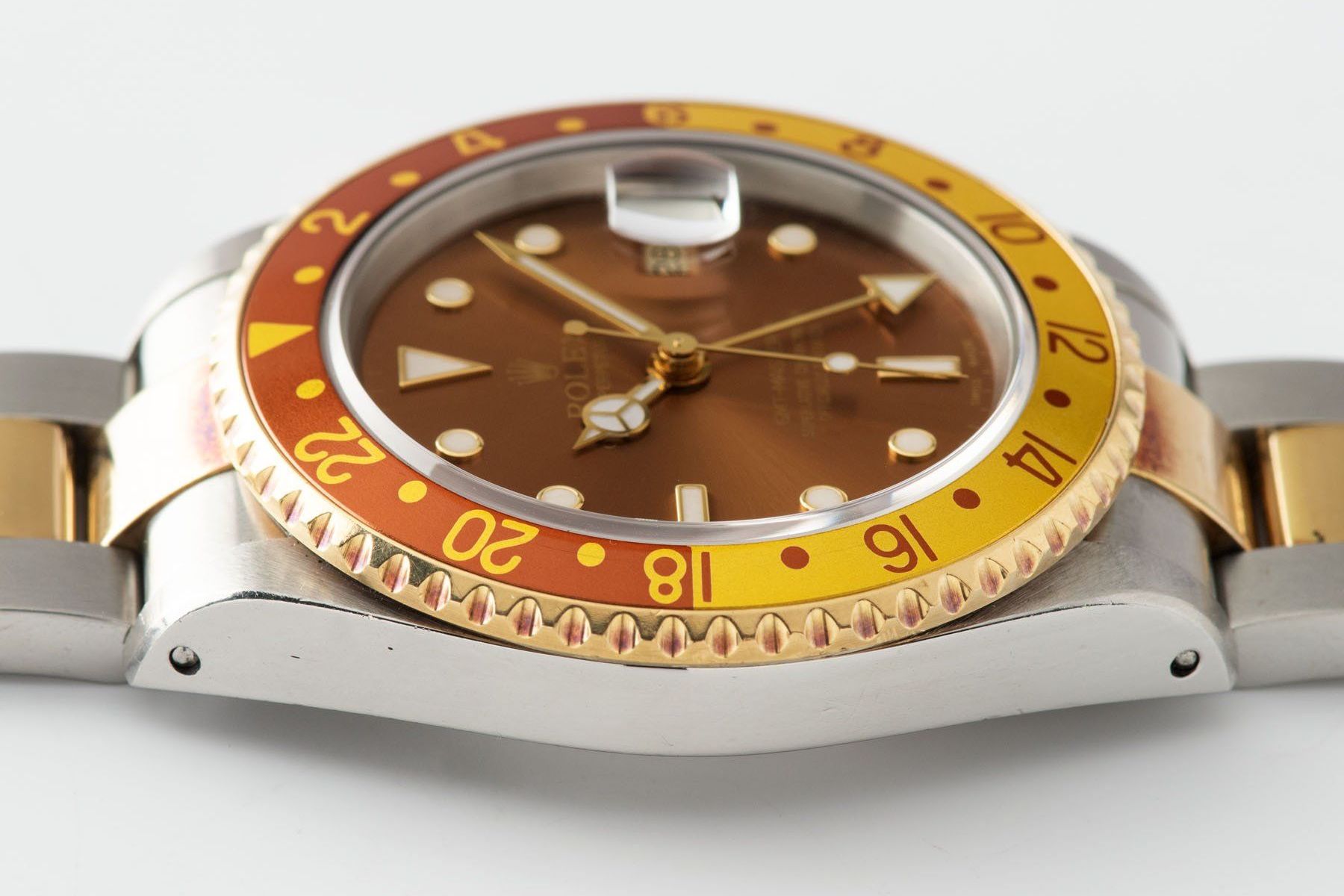 The K-serial references from 2001, such as the one pictured here, were an absolutely perfect blend of modern and vintage flavors. They featured the Rolex 3185 movement inside. Introduced in 1989, this caliber was a champion of its day. With a 28,800vph frequency, full balance bridge, Kif shock protection, variable-inertia Microstella balance, 50-hour power reserve, and an independently adjustable jumping hour hand, it was a true GMT movement and a hearty backbone for the Root Beer. These 2001 models also had some practical modern upgrades, like solid-end-link bracelets and Super-LumiNova hands and indices. Yet, they still retained the lug holes of the past for easier bracelet removal and a vintage aesthetic many appreciate today. But Rolex discontinued the 16713 in 2006. We all knew that if the Root Beer made a return, it would not be as it once was. 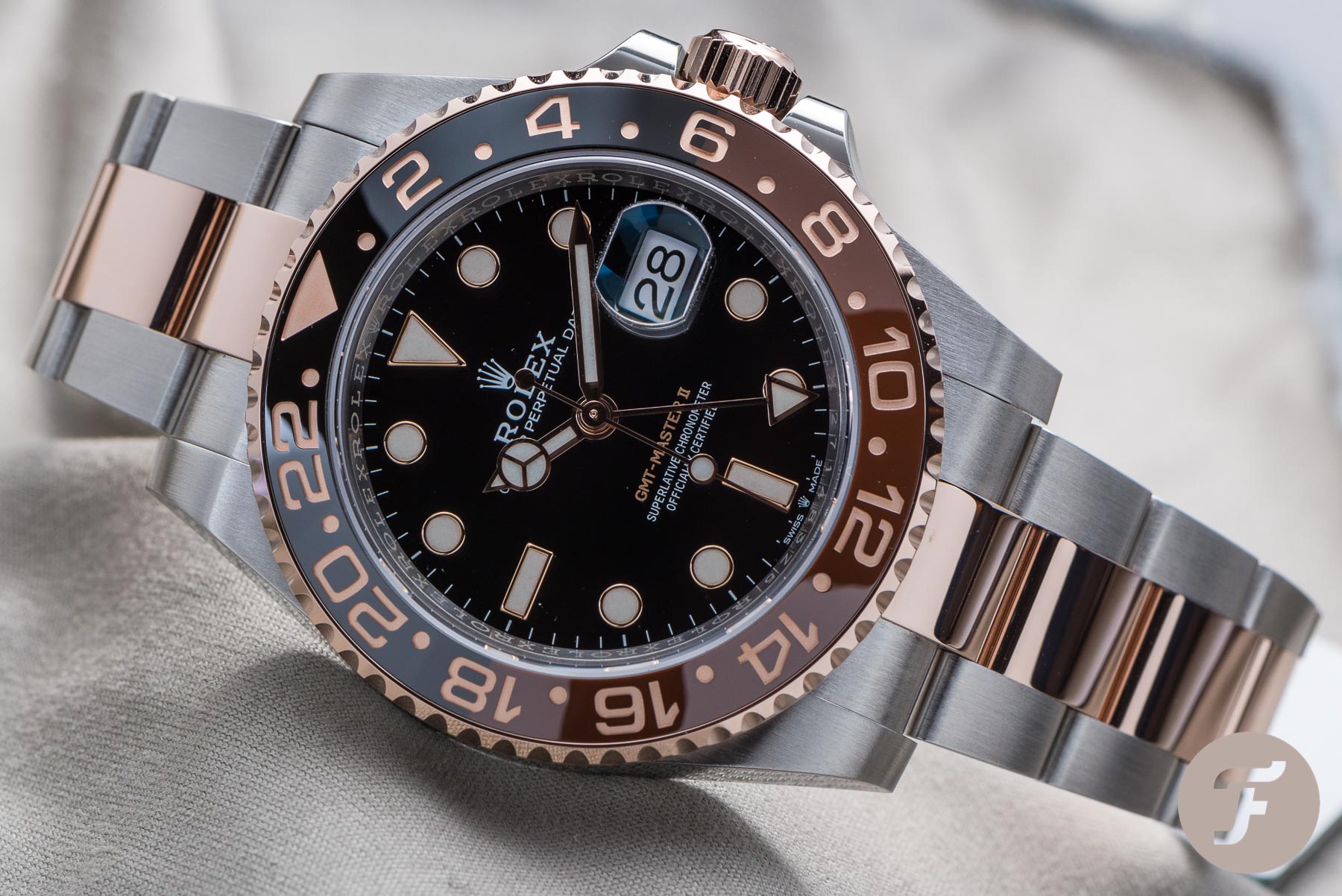 I just didn’t expect this

We all saw a movement upgrade on the horizon. The 3285, with its blue Parachrom hairspring, Paraflex shock absorbers, and 70-hour power reserve was a modern all-star caliber that would raise nary a complaint. Following in the footsteps of the 116710BLNR, every watch enthusiast under the sun expected the successor to the Root Beer to have a chunkier case, a more solid bracelet, and a new ceramic bezel. But this? Not a brown and gold bezel, and not even just a brown bezel by itself. Oh no. A brown and black bezel. Ugh. 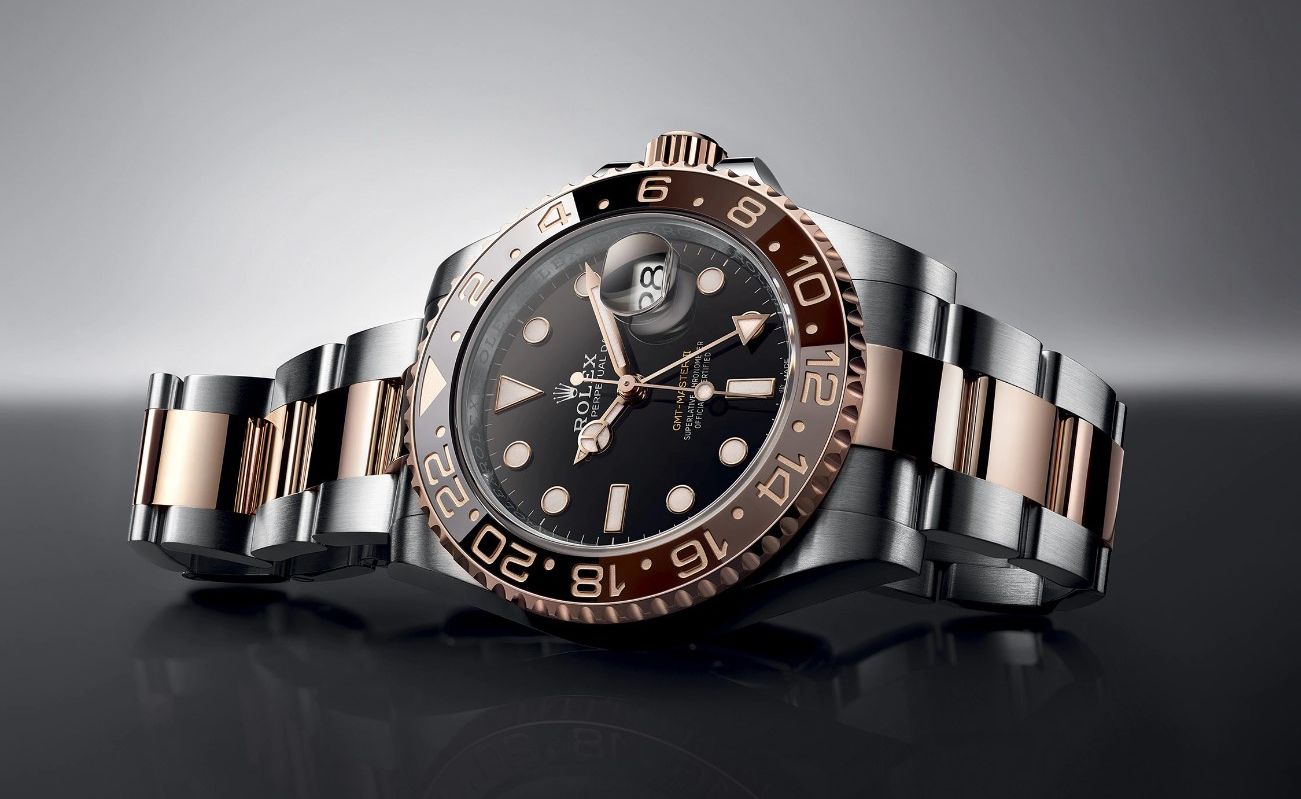 The yellow gold of the old Root Beer was gone, replaced with the more popular Everose gold. I can forgive that. But you know what else was gone? The signature brown dial! And I can’t forgive that. The luscious sunburst color that had lived on in the cognac Day-Date 118138 was nowhere to be found in the new “Root Beer”. In its place was the same, plain-Jane black dial we saw on pretty much every other modern GMT-Master II, but with rose gold hands and indices instead. The Root Beer, my friends, was over. The Egyptian sand and tiger’s eye aesthetic of yesteryear was dead and gone, replaced by a filthy smattering of quicksand and oil sludge. Finally, my wife’s words rang truer to me than ever before. This new “Root Beer” tasted like cough syrup. 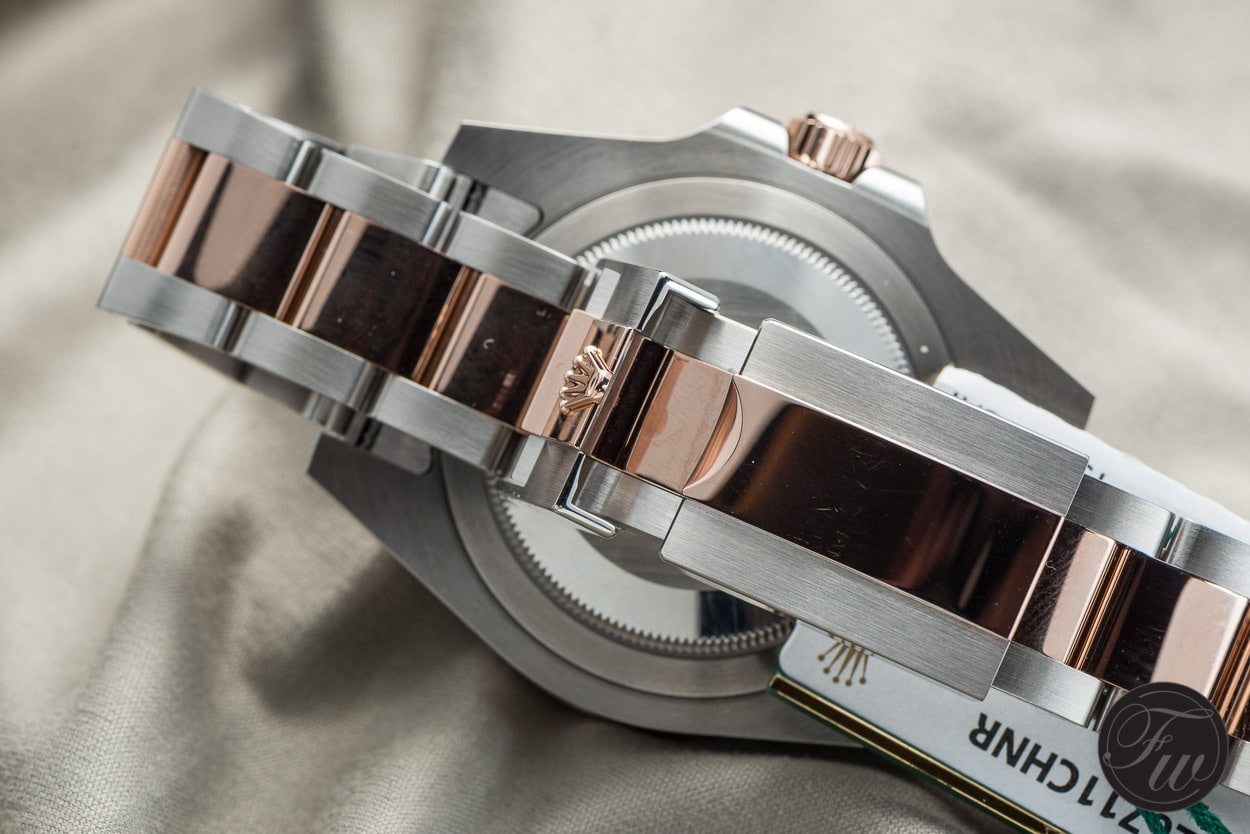 Is the Cough Syrup better?

Look, no one will deny that the new GMT-Master II 126711CHNR is a more modern watch. From the updated movement and scratch-resistant bezel to the next-generation bracelet and 150% gray market price, everything about this modern Rolex screams, “The future is now!” The 16713, as a pre-ceramic model, has an outdated movement, a scratch-prone aluminum bezel, a jangly bracelet with a flimsy stamped clasp, and a “laughable” current market value of thousands less than the newer model at retail. Following the logic that “you get what you pay for,” the new 126711CHRN must be better! In theory, anyway. 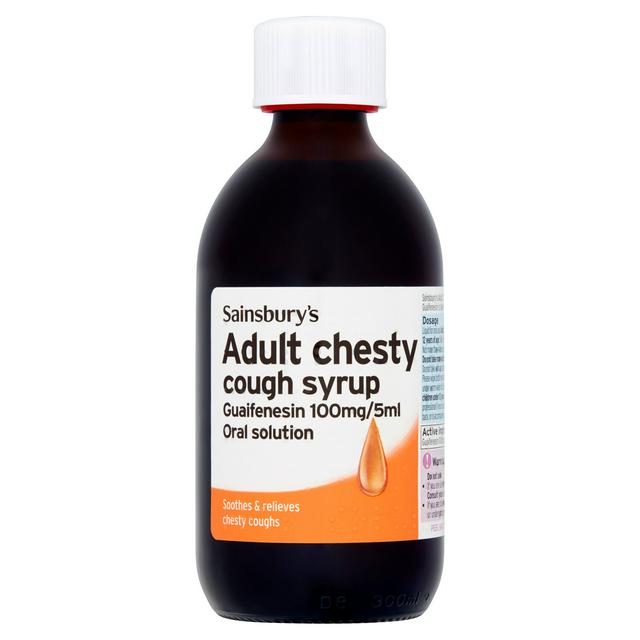 But in theory, cough syrup is also “better” for you than root beer. When used as directed, it’s a physician-approved remedy that soothes the throat, suppresses the desire to hack up a lung, and helps people rest when they’re too sick to sleep. Root beer? Well, it’s usually just a mixture of suspicious flavorings and high-fructose corn syrup. It spikes insulin, fills bodies with empty calories, and sends kids bouncing off the walls. But we need to be real here. Just because something can be better for you doesn’t necessarily mean it will satisfy you. 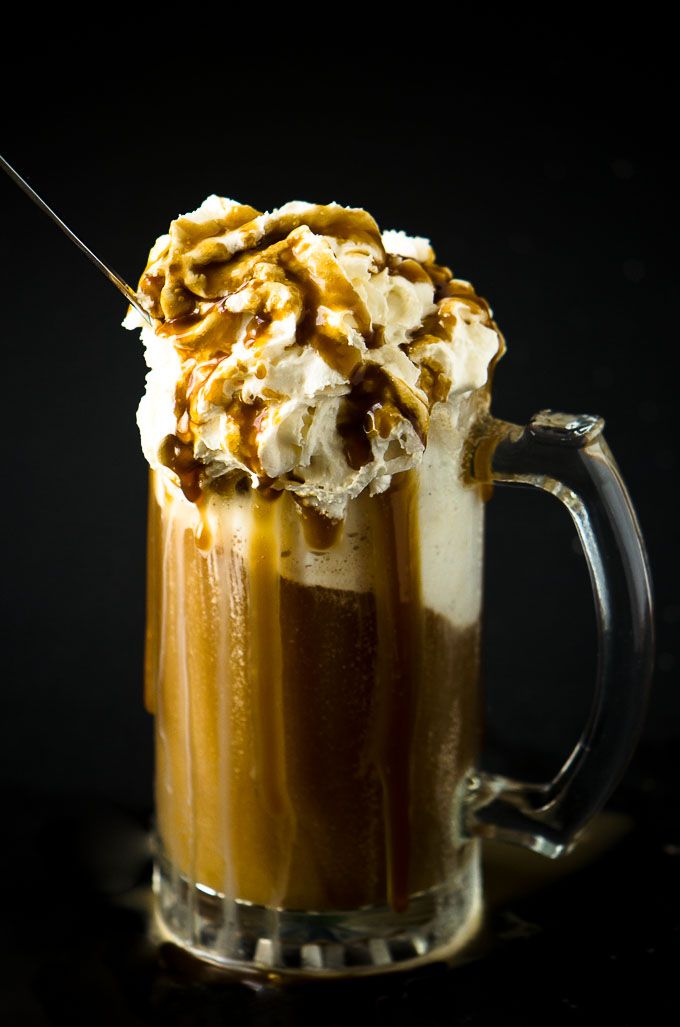 I’ll take one of these any day! Image credit: Palettedining.com

When I’m longing for the nostalgic taste of caramel root beer float, cough syrup simply won’t cut it. Why? Because life is about balance, and balance brings me happiness. I already have my young, robust, medicinal Rolex in my ceramic Sub. And yes, that watch will likely see me till the end of my days. But I don’t need another one. All I want now are emotive watches, ones that bring an innocent smile to my face and make me feel alive. Like the root beer of my American childhood, the 16713 GMT-Master II does exactly that. That’s why, my friends, it is better than the modern alternative. “It’s more than a matter of taste.”

Or is it? Well, actually it isn’t. In fact, I think it’s quite the opposite. In the end, our personal taste is probably all we can trust to bring us satisfaction. To this day, I haven’t been able to convince my wife that root beer tastes good. While she has grown to appreciate many uniquely American flavors, I highly doubt root beer will ever be one. And that’s fine with me. Her taste will dictate her satisfaction. As for myself, I’m just going to stay away from cough syrup all together. While I’ve never had tried Japanese “root beer-flavored” types, I don’t need any unwanted associations wrecking my nostalgia, thank you very much.

Likewise, I’ll stay away from the 126711CHNR, and let the rest of the watch world enjoy it if they do. You can find me on the sidelines, lying in wait for the perfect deal on a 16713 Root Beer. Then, my friends, it will truly be game on!

What do you think of these models? Are you Team Root Beer, Team Cough Syrup, or do both of them do nothing for you? Let me know down below. Also, let me know if there are any newer models you feel simply don’t stack up to their pre-ceramic counterparts. I’m interested to hear where your tastes lie. Until next time!