Barely a month before Baselworld 2018 kicks off, some good news arrived. Today, we received official word that the new Seiko Prospex Mini-Turtle series will be sold within European markets. In late November of last year, our friends over at Worn & Wound first showed these new releases but it seemed these watches would fall under the designation of Japanese Domestic Market only, aka the dreaded “JDM”. However, as mentioned, we’re here to report that this is not the case. If you missed the story, here’s a recap on these exciting Seiko’s from the Prospex series. 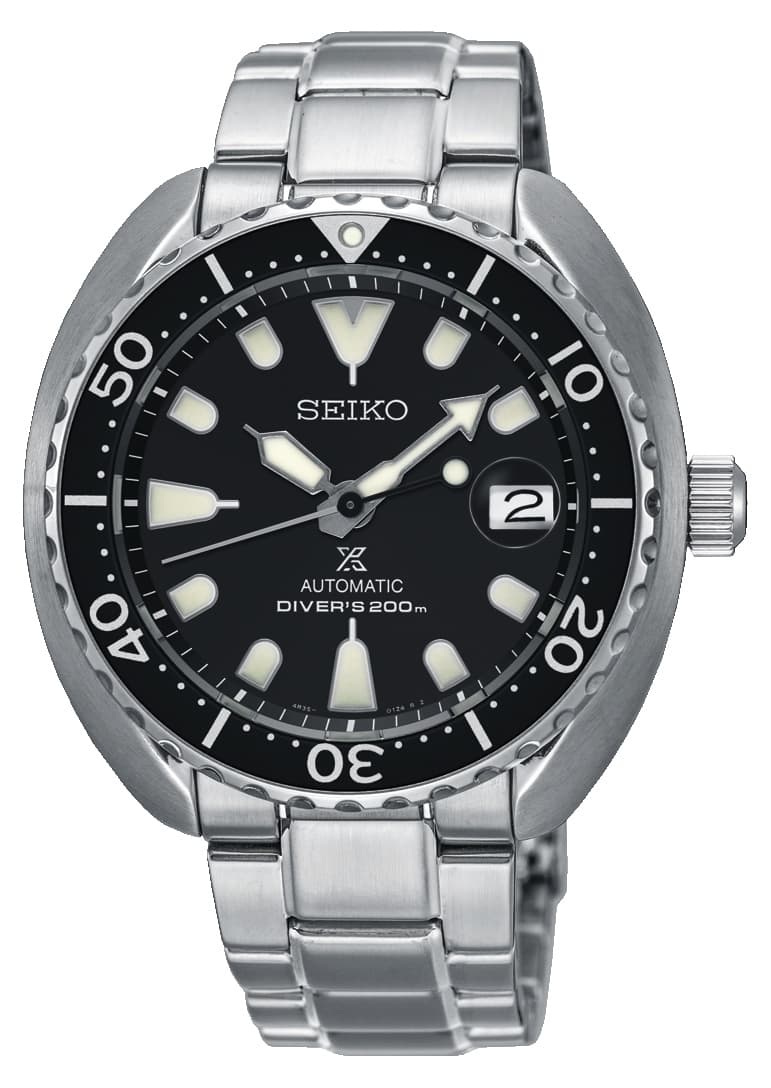 The Seiko Prospex Mini-Turtle received its nickname from the get-go due to its strong resemblance to the well-known SRP series, a reissue of the classic 6309, that debuted in late 2015.  Yes, we know that Seiko die-hards hate the Turtle nickname, but it’s become lexicon.  In this case, though, the new mini versions are exactly that: smaller. While I don’t know many who find the normal Turtles too large, a slightly smaller version can’t hurt and especially when it looks this good. Strike that, let’s be honest, we’re supportive of any new divers that Seiko wishes to introduce. 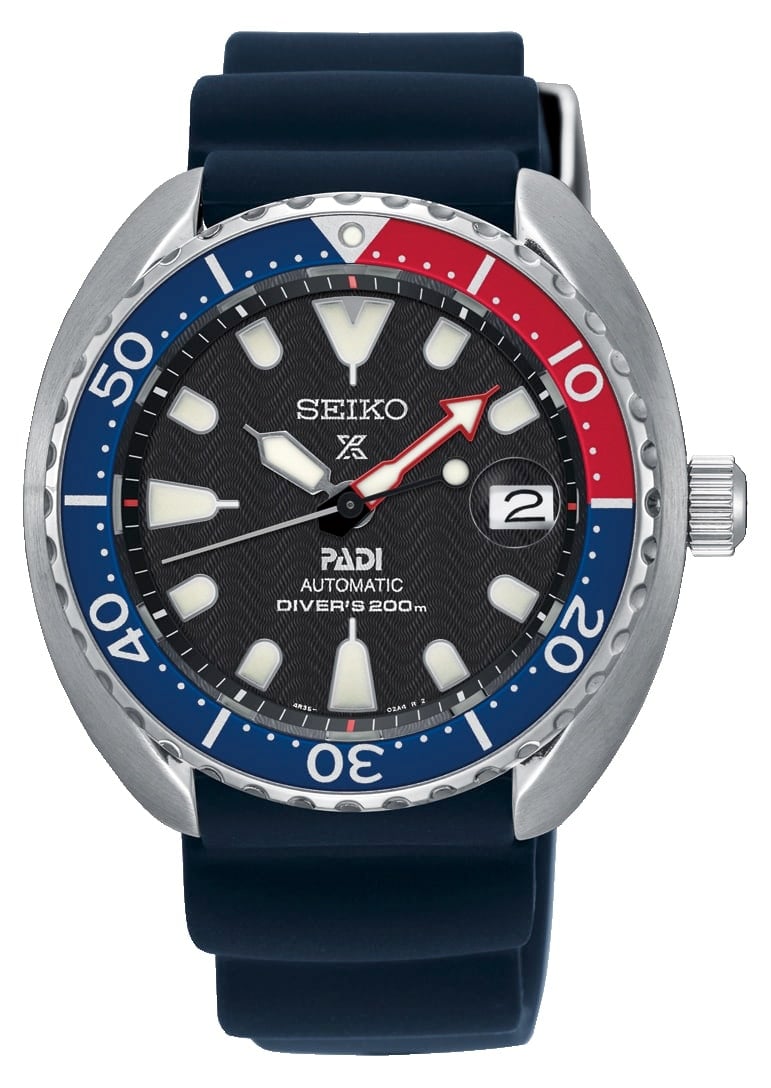 We get the new Seiko Prospex Mini-Turtle in three distinct flavors. There’s a typical black edition (ref SRPC35K1), a blue dial with Pepsi bezel (ref SRPC39K1) and a now-familiar PADI version (ref SRPC41K1). Silicone straps or a steel bracelet are also available.   Size wise, these watches come in at 42.3mm, which is a 2mm drop from the SRP777 and its brethren. Inside these watches, we have the same base movement as the larger Turtles. I make this distinction because the Turtles use the 4R36 and these new pieces use the 4R35. The difference is solely the lack of a day display wheel. This means we get hacking and hand winding as part of the package. 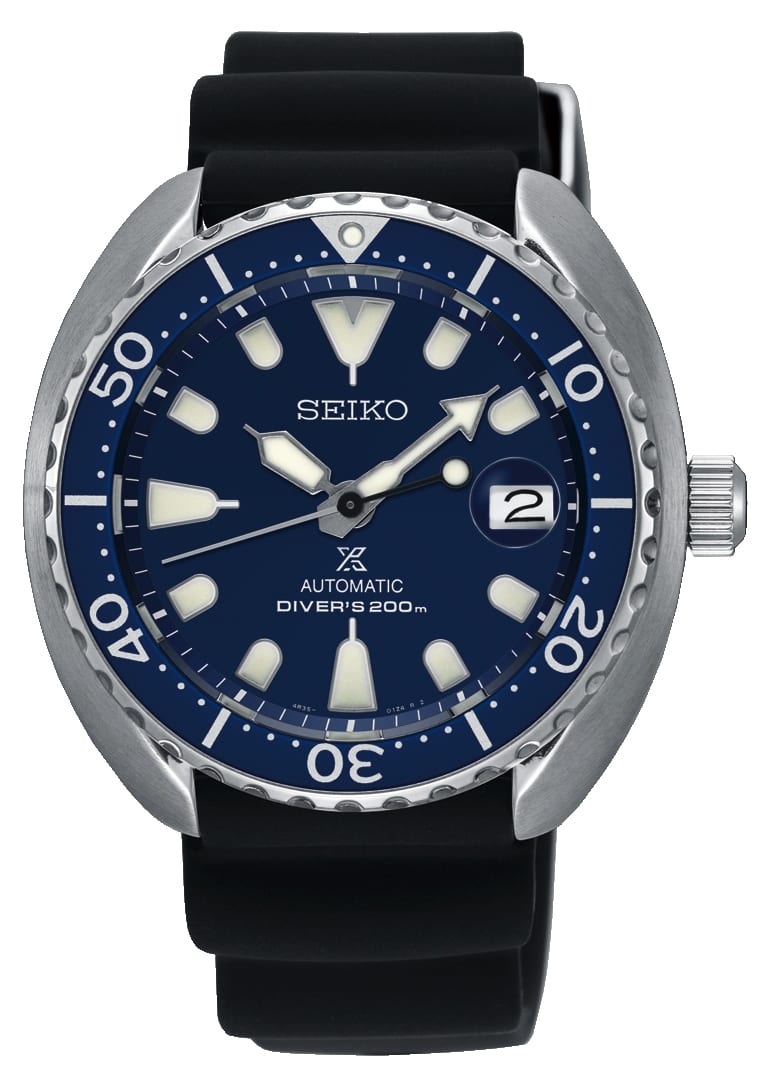 Other interesting details to note on the Seiko Prospex Mini-Turtle are the use of an embedded date magnifier in the Hardlex crystal and a rarely used, for Seiko at least, screw down crown at 3:00 versus 4:00. Water resistance remains at a healthy 200M. The dials are flat aside from a wavy pattern on the PADI version that reminds me of some Seamasters. 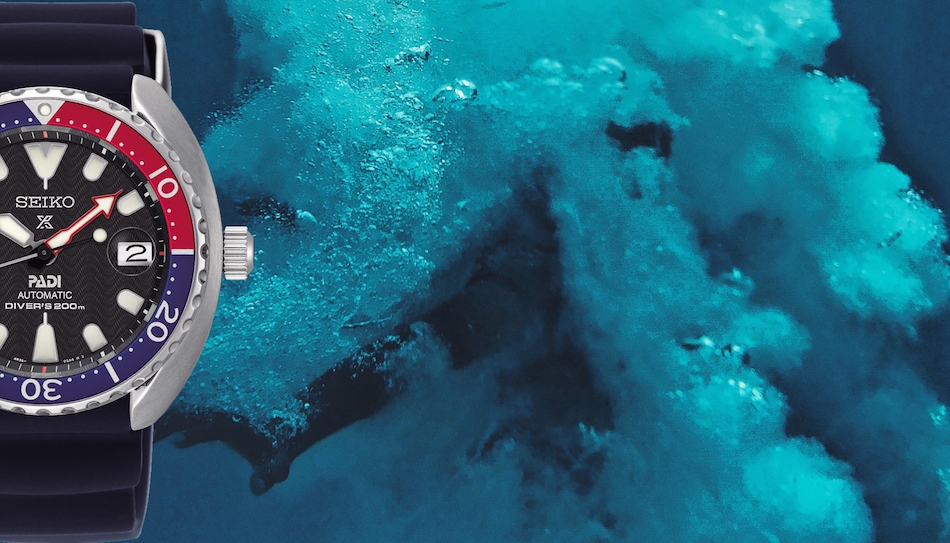 What’s my opinion on the new Seiko Prospex Mini-Turtle series? I think they look great and they give up little to their full(er) sized stable mates. I like the c-case styling that reminds me of many 60’s and 70’s divers including a lot of Seiko’s own. The dials are cleanly designed, seriously legible and thankfully eschew the day window to keep things simpler. Is this yet another Seiko hit? I think so. Perhaps not on the same level as the previously reissued SRP’s due to their legendary shape, but I have no doubt that they’ll be popular. We’ll issue a live report once we go hands-on.