The Seiko Astron GPS KOJIMA PRODUCTIONS Limited Edition SSH097J1 shows a design that is inspired by Ludens, a signature icon of the Tokyo-based creative studio. Game creator Hideo Kojima established the studio in 2015 under the slogan “From Sapiens to Ludens”.

Let’s start with an ultra-short Latin class: the Latin word “ludens” unfortunately has no direct equivalent in English, as it simultaneously refers to sport, play, school, and practice. But you get the drift. The term “Homo ludens” was first used by the Dutch historian Johan Huizinga in 1938. It was the title of his book that discusses the importance of the play element of culture and society. The humanoids called ludens are a fictional race of distinct humanoid beings in the science-fiction novel “The Time Wanderers” by Soviet Russian authors Boris and Arkady Strugatsky. Homo ludens are born human but evolve to a higher level of morality. Now, that sounds good, but they also routinely conduct experiments on humans. Not so good. 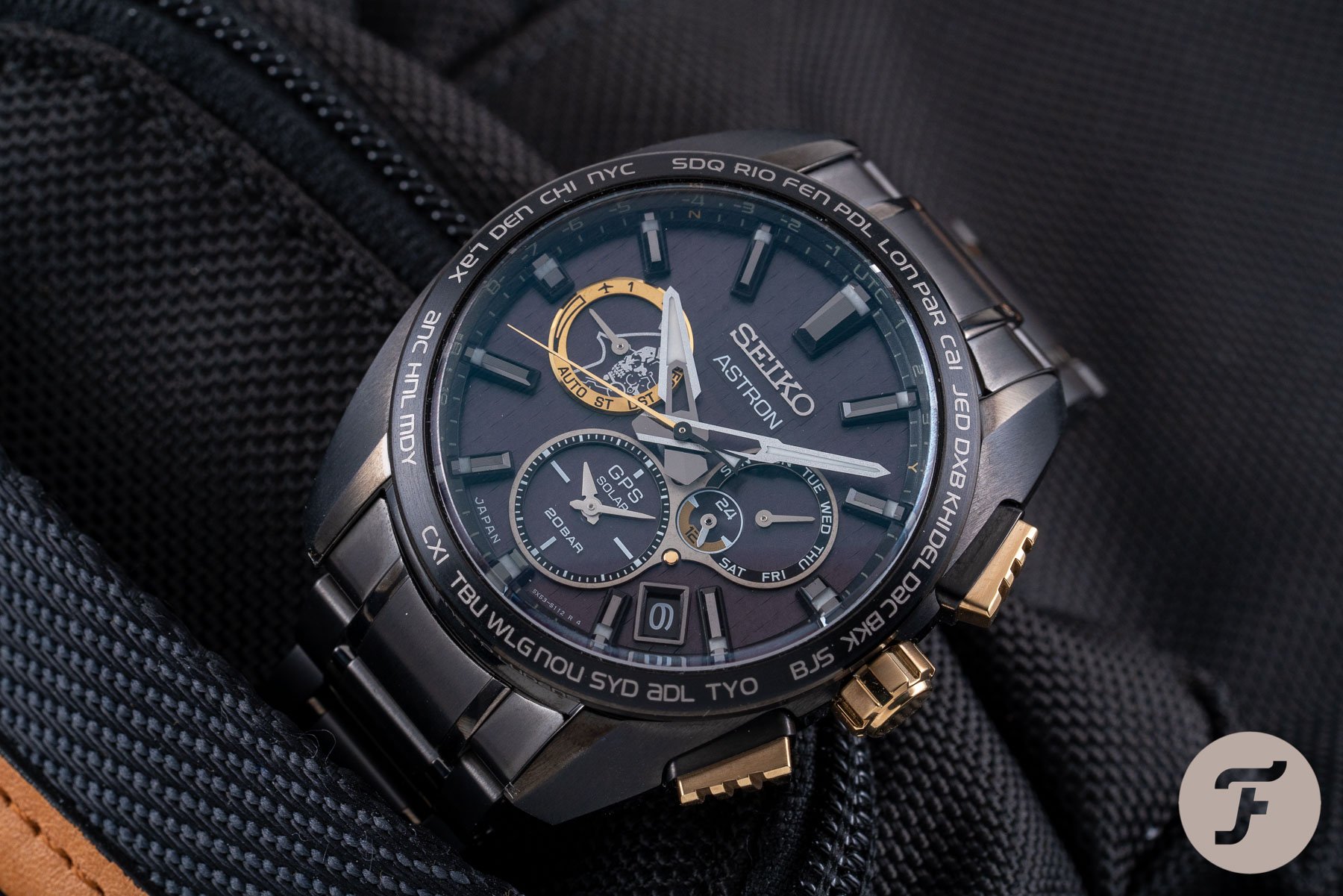 With “the playful man” in mind, game creator Hideo Kojima established the KOJIMA PRODUCTIONS studio under the slogan, From sapiens to ludens. From his viewpoint, evolved humans are gamers. And looking at the size of the gaming industry he’s not wrong. The studio’s first game “Death Stranding”, which featured world-renowned actors like Mads Mikkelsen and Lea Seydoux, was released in 2019 and won numerous awards since. Seiko now introduces an Astron with a design inspired by Kojima’s Homo ludens. It makes perfect evolutional sense if you see the Astron Solar GPS as the ultimate version of the original GMT-watch — from watch to ultra-watch or something. 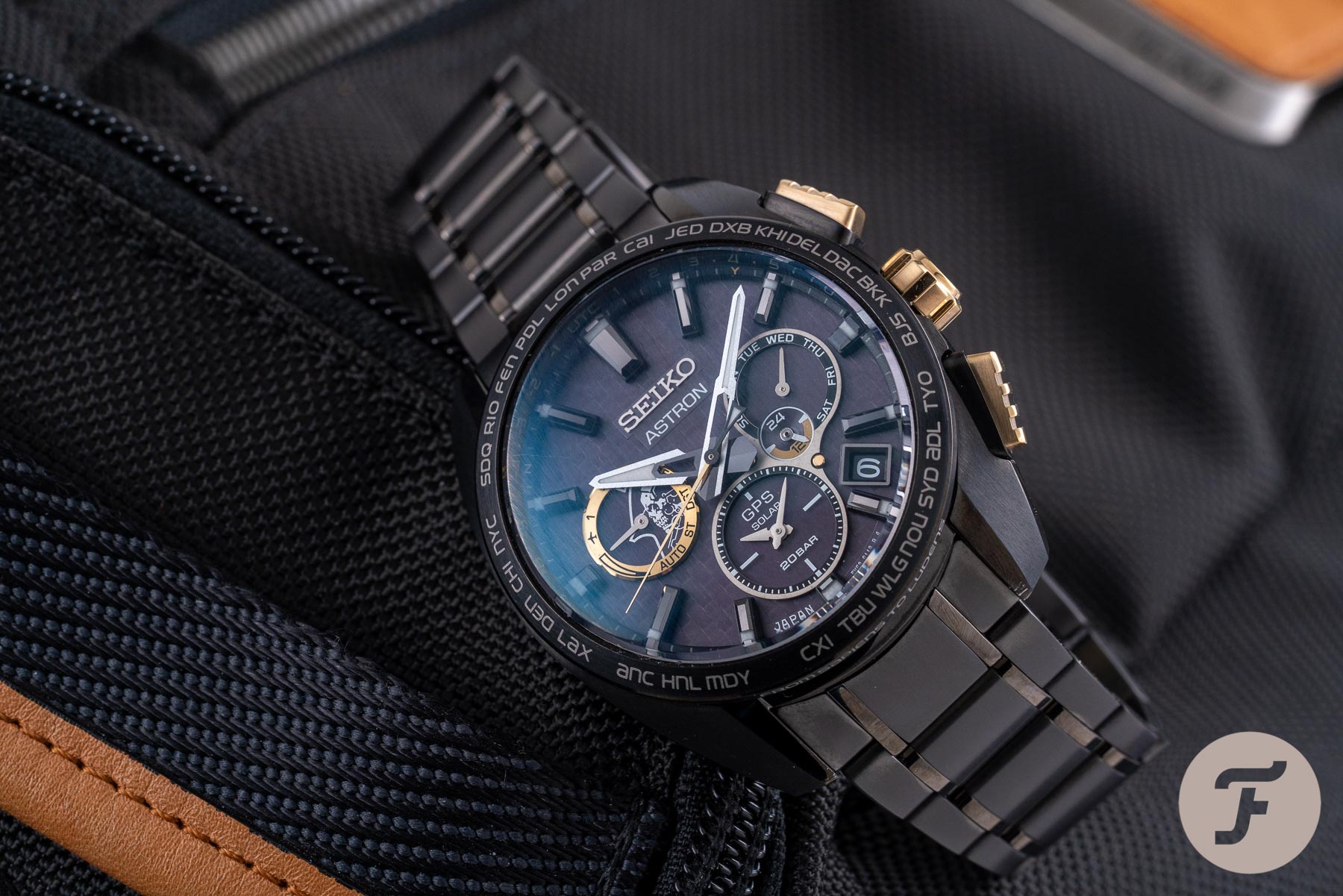 The Astron is an easy-to-operate kind of watch. When time zone adjustment is required, all it takes is a simple push of a single button. What happens next is that the hands move to the exact local time, including Daylight Saving Time, and the hands move fast thanks to the system that controls each hand independently. You can also change the main time display instantly from home to local time and vice versa. And to make sure the watch stays accurate it connects up to twice a day to the GPS network high in the sky.

When fully charged the Astron will operate for approximately six months.

Caliber 5X53 is the latest evolution GPS movement in the Astron collection. It’s smaller and much easier to operate than the caliber used in my first-generation Astron from 2012. It works far more intuitively and since the movement is significantly smaller, it is now placed in a much smaller case — it shrunk from a massive 47mm to a more moderate 42.8mm. The accuracy of the light-powered movement is ±15 seconds per month and that is without receiving a GPS signal and at temperatures between 5°C and 35°C. When fully charged it will operate for approximately six months. In power-saving mode, it will leap back into action when held in bright light after two years. 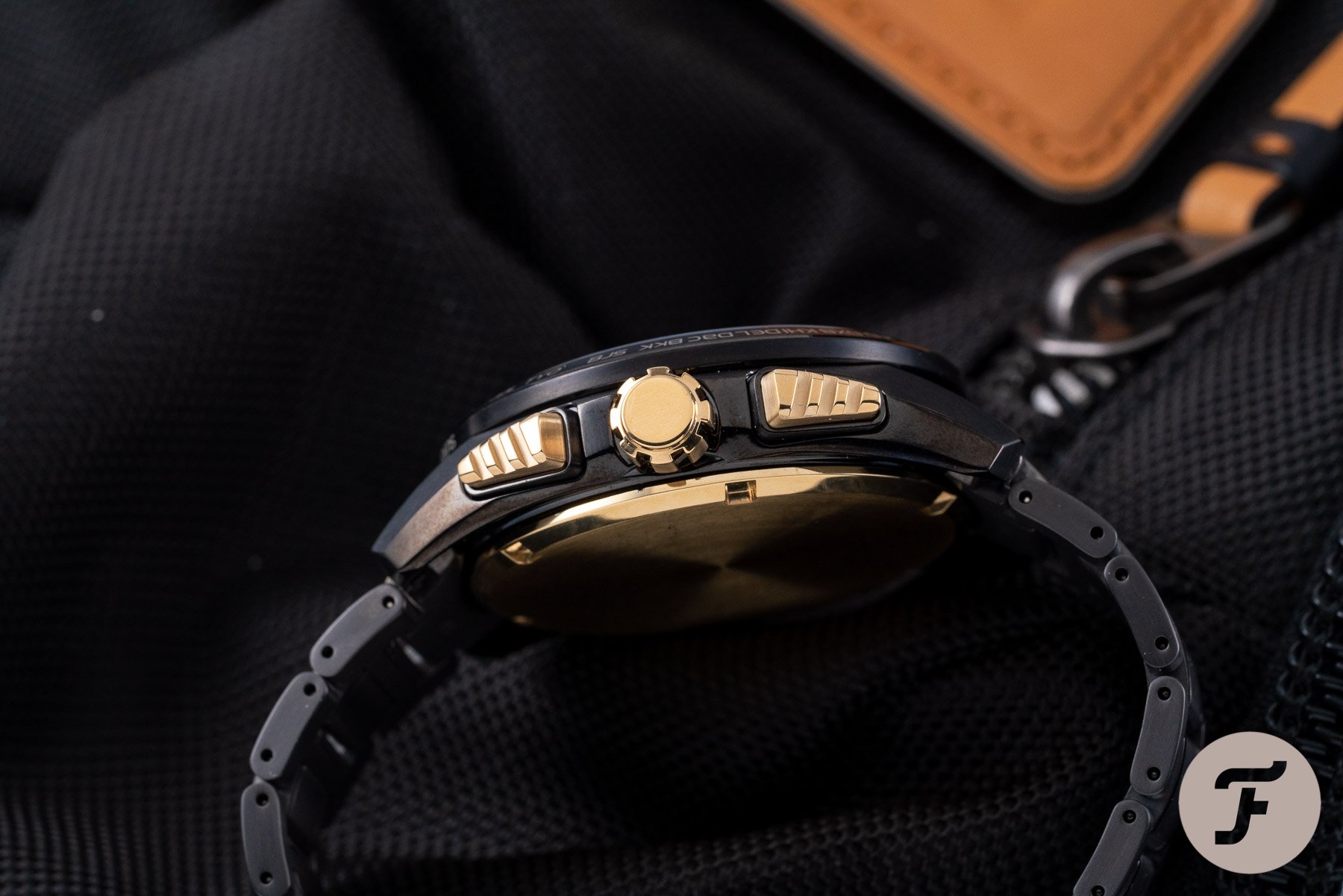 The design of the Astron GPS Solar KOJIMA PRODUCTIONS Limited Edition incorporates several elements inspired by Ludens’ suit. The interwoven pattern on the dial reflects the texture of his carbon face mask motif. Gold color accents echo the metal parts of the suit. Additionally, the interlocking sub-dials look like the hinges of the humanoid’s suit. And the cut-outs in the hour and minute hands imitate its flag mast’s design. 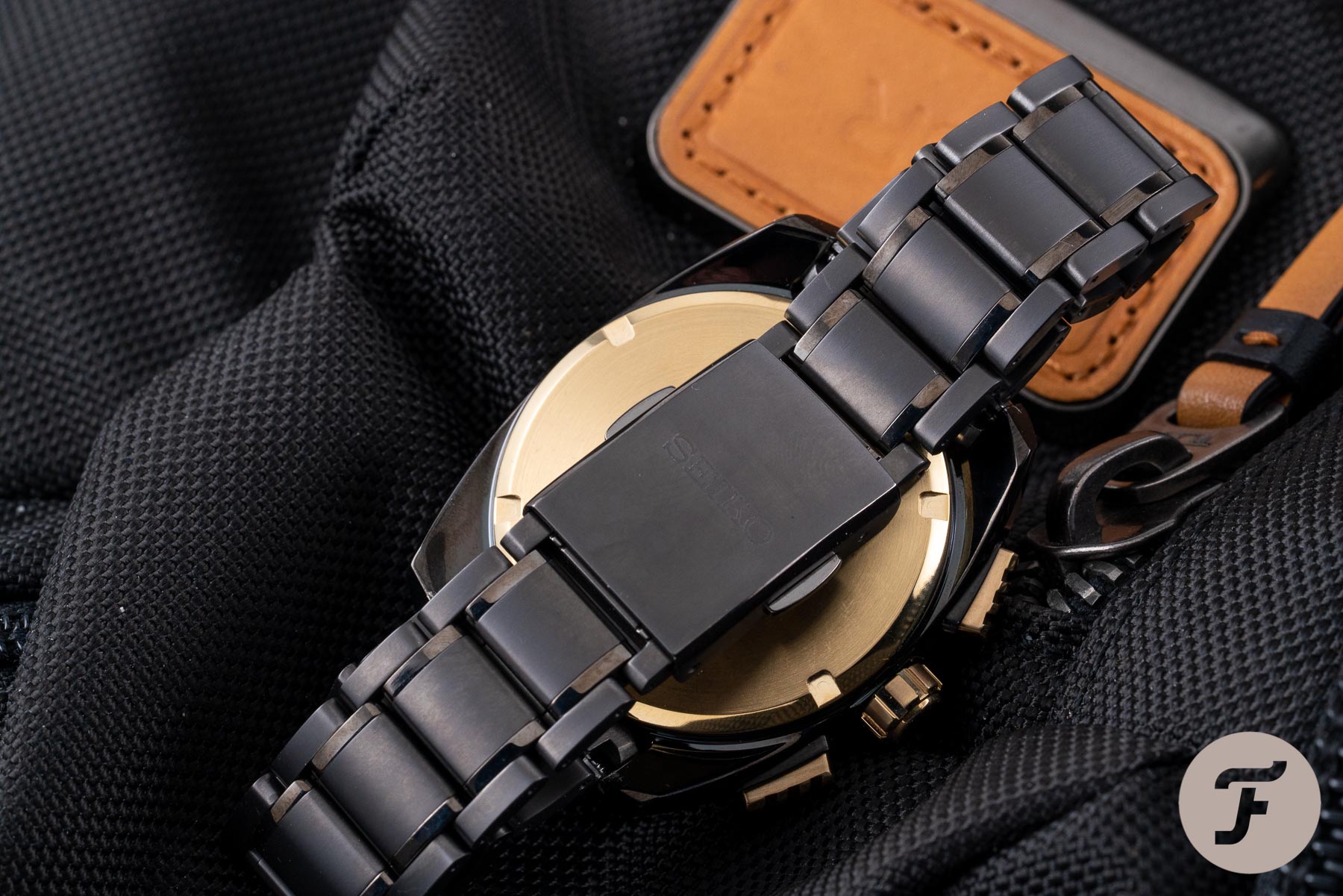 The watch wears like a charm. I’m used to the 47mm SAT001 version that wears much smaller than it actually is. And that is mainly because of the shape of the ceramic case and because the material feels warm and comfortable. The 42.8mm is even comfier. You don’t feel its 103-gram weight, and it also doesn’t make an overbearing visual impact. That said, the ludens details are striking and give the watch more presence than a regular Astron. The Astron GPS Solar KOJIMA PRODUCTIONS Limited Edition comes on a well-made, comfortable titanium bracelet matching the titanium case with a super-hard black coating. It’s limited to 1,000 pieces and will be available worldwide in June. More info right here on Seiko’s website.