Impression of a power tool on the wrist
Bert Buijsrogge
comments ...
Share 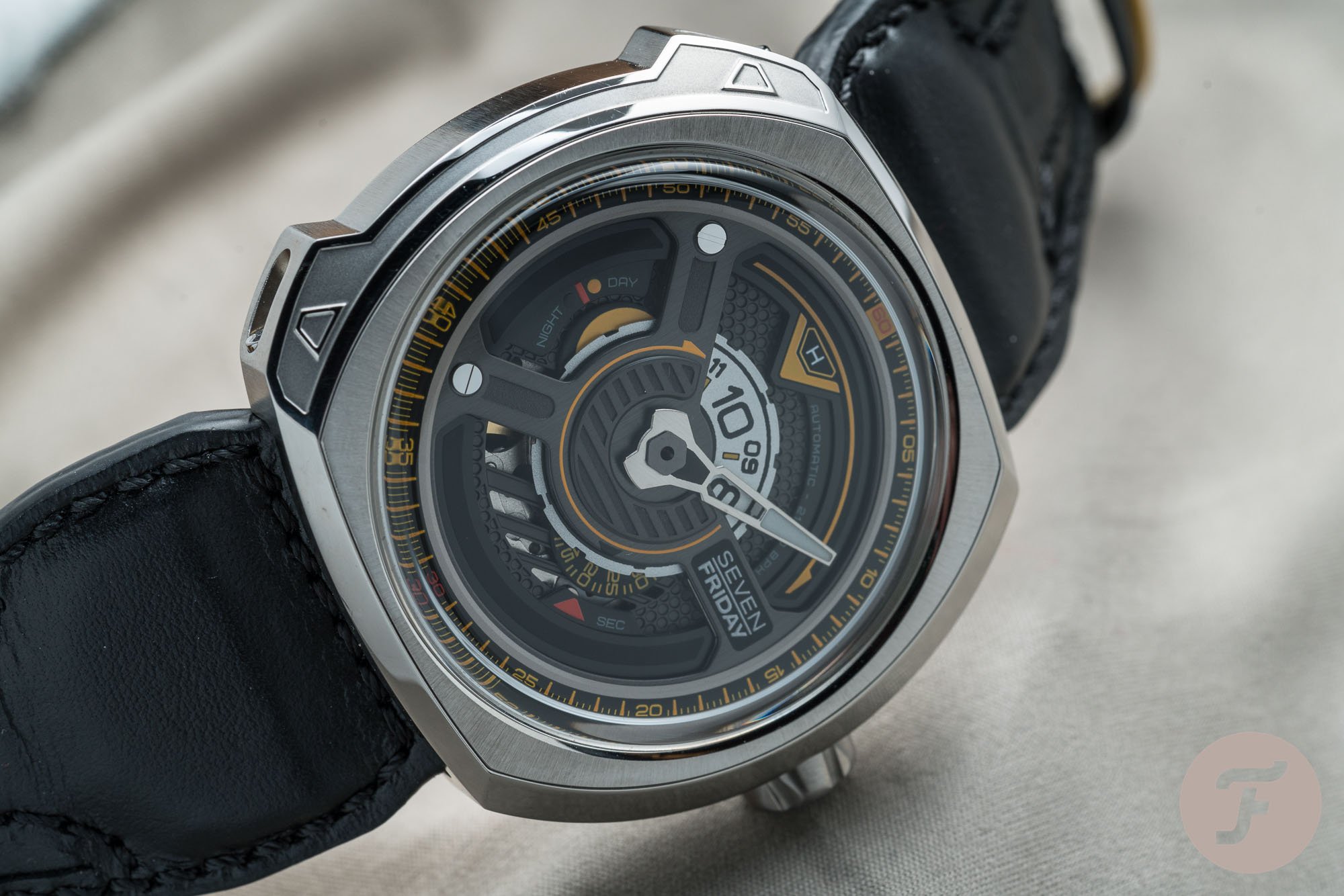 When you search for SevenFriday, look at the image results, and you can see why they stand out. Their cases usually are a mix between square and round. Combined with the lack of lugs makes it something you don’t see a lot, apart from them, of course. Typical, one of those designs which you either love or hate right away. Usually, when something evokes such an instant emotion, it says something about the way it was designed. When you have to look over and over to get a feeling about it, that pretty much says enough. So most of their models stand out because of their typical case design but the Blade, however, is different from that. 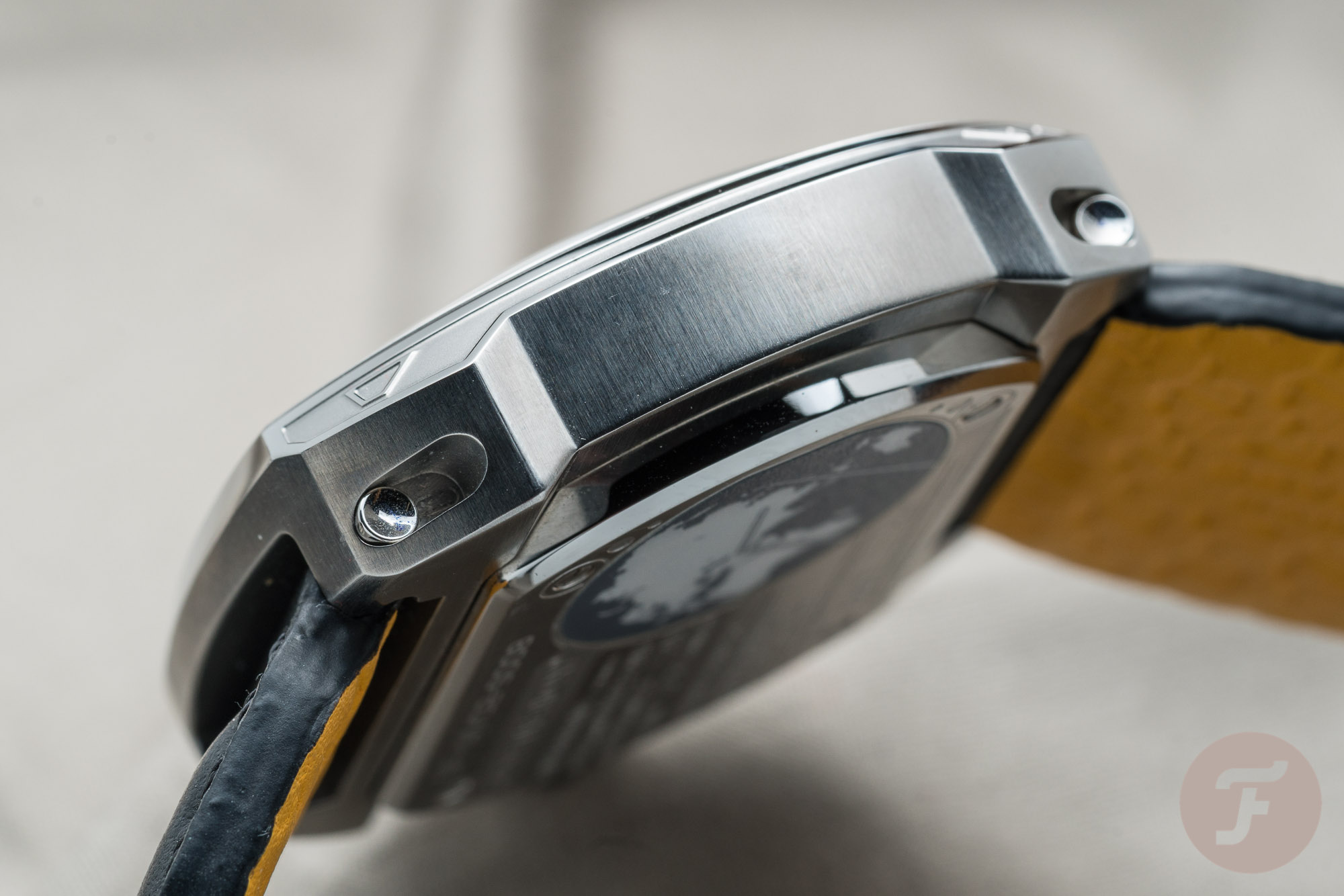 Although you can still recognize the style of the brand, the W-series watch comes with a different case design similar to their V-Series. Designed with a more cushion-shaped case, it has two remarkable protrusions on the left side of the case. Not only do they give the case its distinctive look, but they are more or less functional also. In the center of each shape, there is a button which functions as a quick release for the strap. Of course, this could have been done without shaping the case around them, yet it gives the watch a somewhat funky look. Probably also to prevent an accidental release of the strap. It fits within their mentality of making things fun again without taking life too seriously.

The inspiration for “The Blade’ comes from industrial power tools and it has several details which show that. These show in the multi-layer dial, which is open-worked, so it shows the balance wheel at 7 o’clock at the bottom. In total the dial is made up of 5 layers. In-between there is an hour-disc which is shaped like a cutting blade. This watch only comes with one hand that shows you the minutes. At 5 o’clock there is a small seconds disc, and at 9 o’clock there is a day and night indicator, also in the shape of a disc in a light and dark color scheme. All colors are chosen by following the theme and make a nice combo. 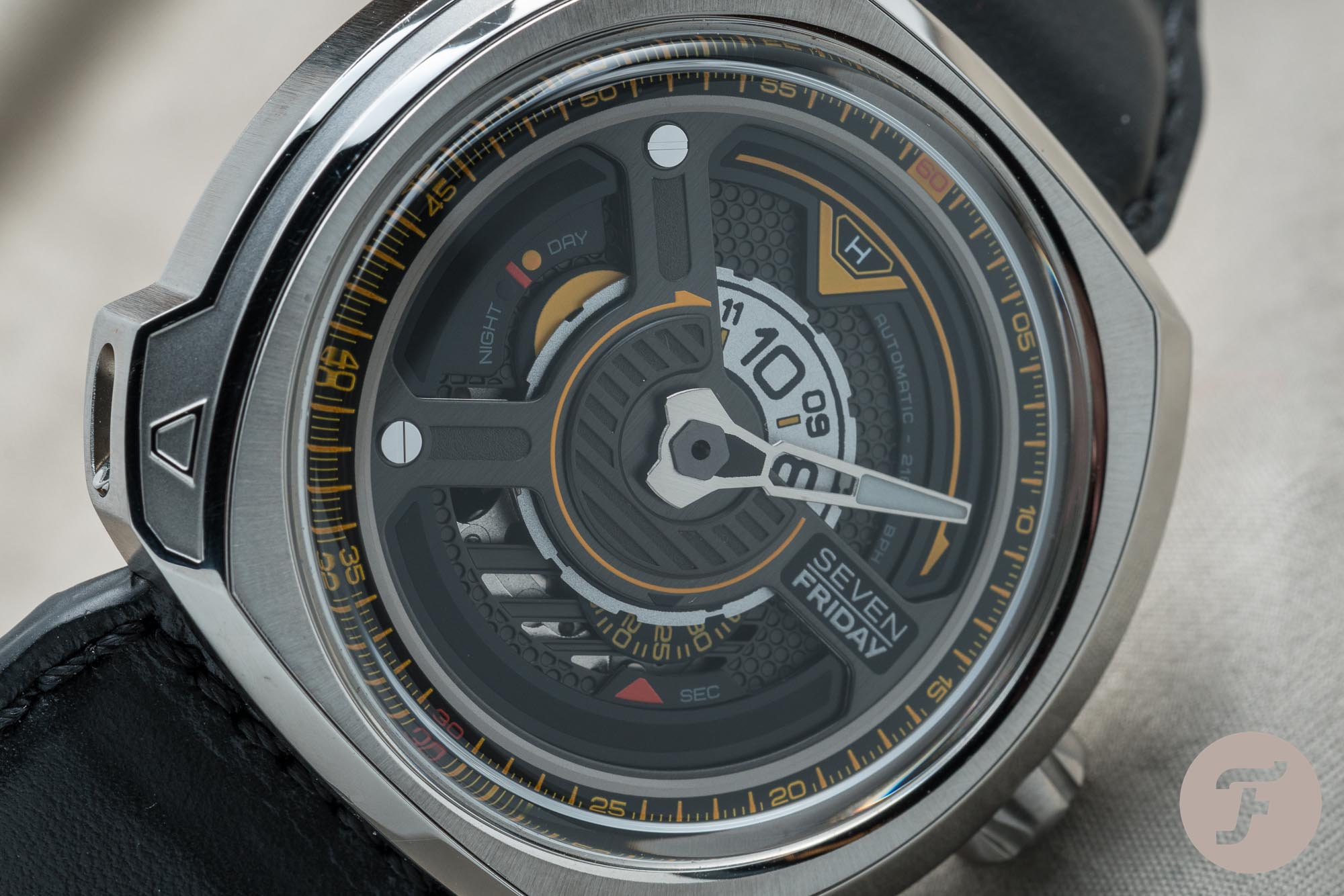 Underneath the dial, there is an automatic Miyota movement which has a power reserve of about 40 hours. On the back, you will find a screwed case back with some specs about the watch. As one can see, they have never made a secret, or are vague about, what’s being done where when it comes to these watches. Also, note the small indents next to the strap. They are to guide the pushpins when installing a different strap. Everything is guaranteed waterproof up to 30 meters or 3ATM, which means it’s splash-proof or rain-resistant only. 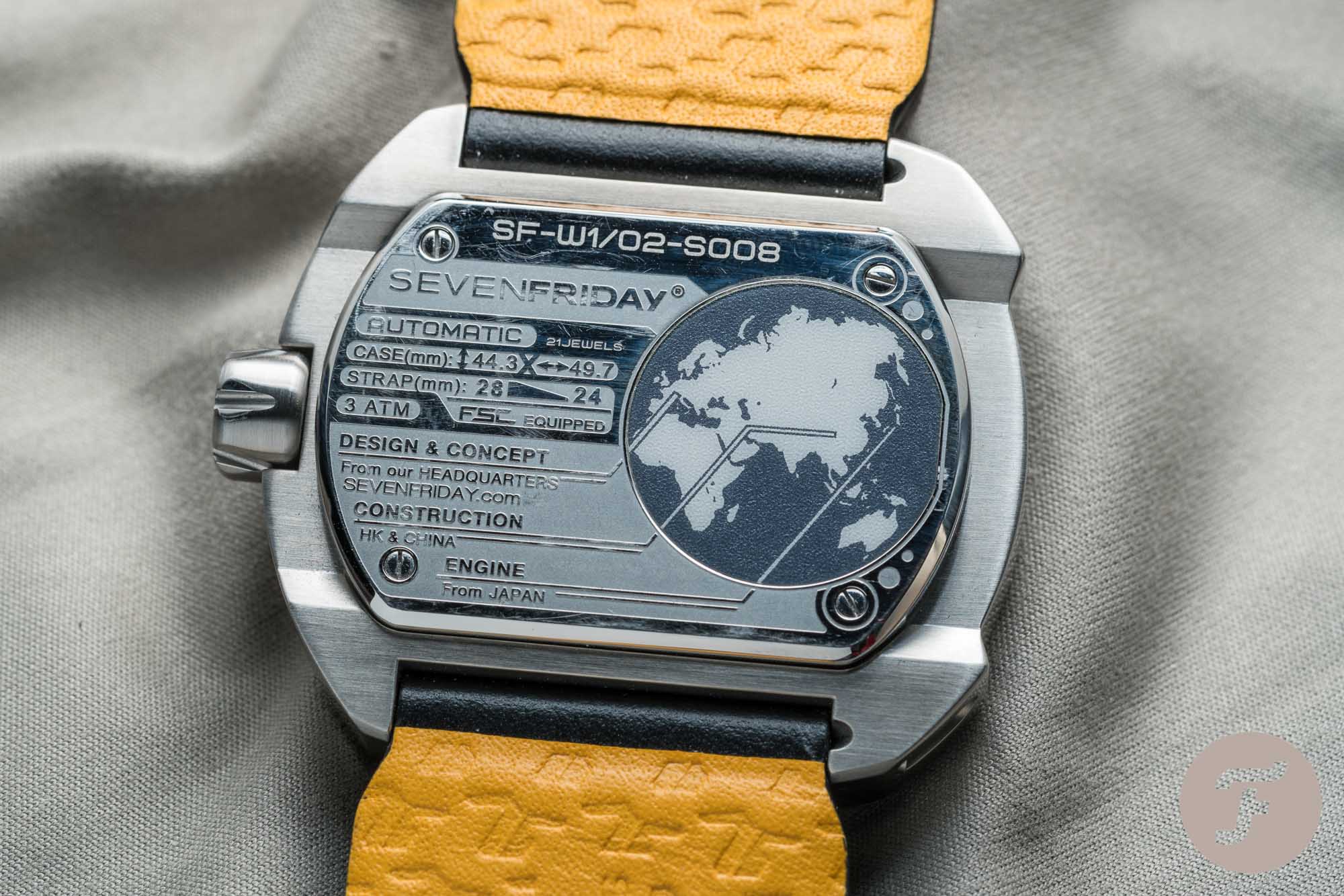 To fight replica watches, all watches come with an integrated NFC chip which allows verification & registration. To do this can download an app on an NFC enabled device, create an account, and follow the steps. They say that over time, additional features and benefits will be added. However, this is something we haven’t tried ourselves.

These watches have a significant fun factor to them. For sure this type of watch isn’t one for die-hard watch aficionados, but there is a market for these. SevenFriday had proven that quickly since their start back in 2013. When Balazs did the first review in 2014, they only had two collections, the M and P series. Since then they have added the Q, S, V & W series.

Probably the best thing is that the prices have remained more or less around the same level. When RJ covered a similar model back in 2015, it retailed for just under 1K. Now,  some four years later, the price for a similar watch has only gone up by roughly 11%. If you take into consideration that the NFC verification has been added in the meantime, they haven’t gone up a lot in price compared to some other brands out there. In the end, it all comes down to one thing, as with all watches, whether ‘The Blade” is a watch for you depends on your taste.

For more info head over to the official SevenFriday website.