This year, Roger Dubuis showed us a couple of new pieces. But one of the pieces that we liked best, is this Excalibur Spider Pirelli. That’s right, Pirelli. A partnership with the sole sponsor of Formula 1. It isn’t just a ‘container’ partnership, but Roger Dubuis is actually using the rubber of F1 tyres. Used rubber, that they plucked from the circuit.

Not sure whether some staff members of either Pirelli or Roger Dubuis will do the plucking of tyre parts themselves on the F1 circuit of Monaco, but fact is that they exactly seem to know which tyre they have been using for the straps. Each strap will have a code that matches the product code (like a serial number) of the tyre. Each tyre will result in multiple straps, of course. 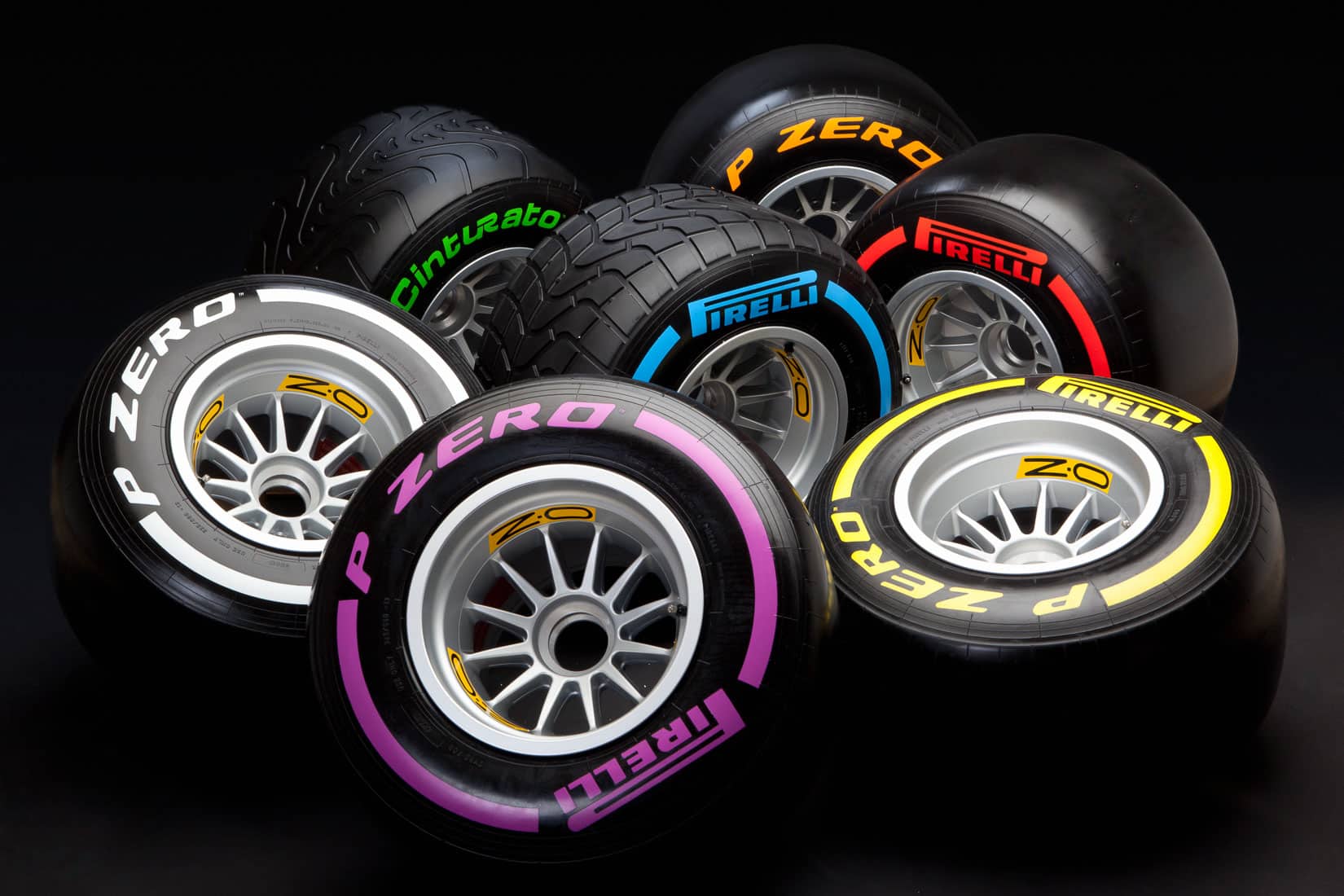 The Roger Dubuis Excalibur Spider Pirelli is a 45mm timepiece with a skeleton case and movement. The case is made of black DLC titanium combined with blue accents. The movement inside is their in-house developed calibre RD820SQ. A movement that Roger Dubuis introduced in 2015 already, consisting of 167 parts and meets the requirements of the “Poinçon de Genève” certification. 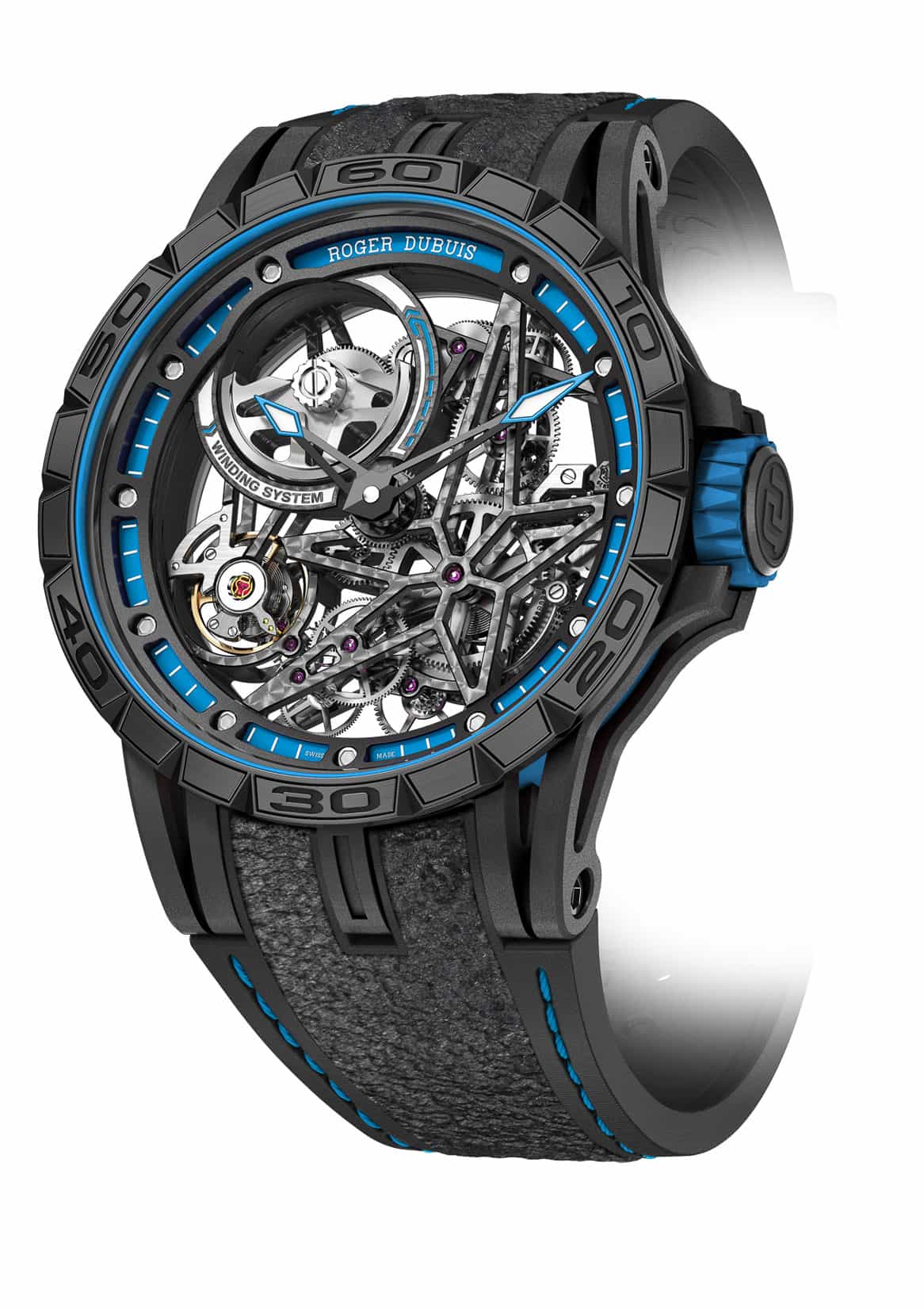 The real deal about this watch is of course the use of the Pirelli tyre for its rubber strap. Only 88 pieces are made of the Roger Dubuis Excalibur Spider Pirelli. Its more expensive and complicated brother, the Excalibur Spider Pirelli – Double Flying Tourbillon, is limited to 8 pieces and also use the rubber from Pirelli tyres. This piece will be only available exclusively from Roger Dubuis boutiques. The eight pieces in this limited edition come with a “money-can’t-buy” (but it actually can) high adrenaline experience: a two-day VIP program organised by Pirelli at motorsport event. 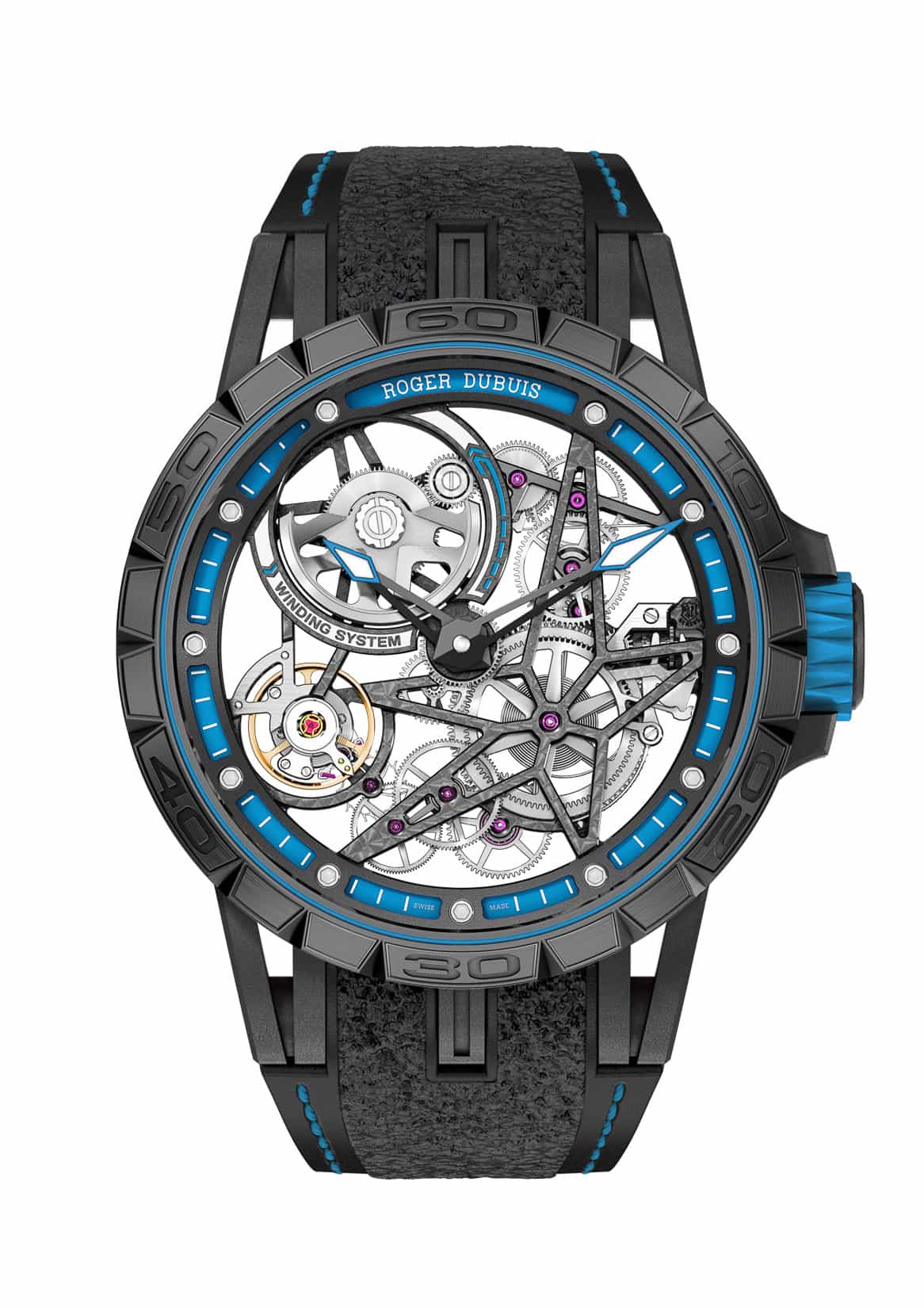 We will soon get back to you with more information and the results from our photo shoot with them.

In the meanwhile, go to their official website for all specifications.