Last weekend, on July 10th, it was three years ago that we — together with Omega — introduced the Speedmaster Speedy Tuesday Ultraman, or ST2. In this article, I look back on that special day, and on the Speedmaster ST2. 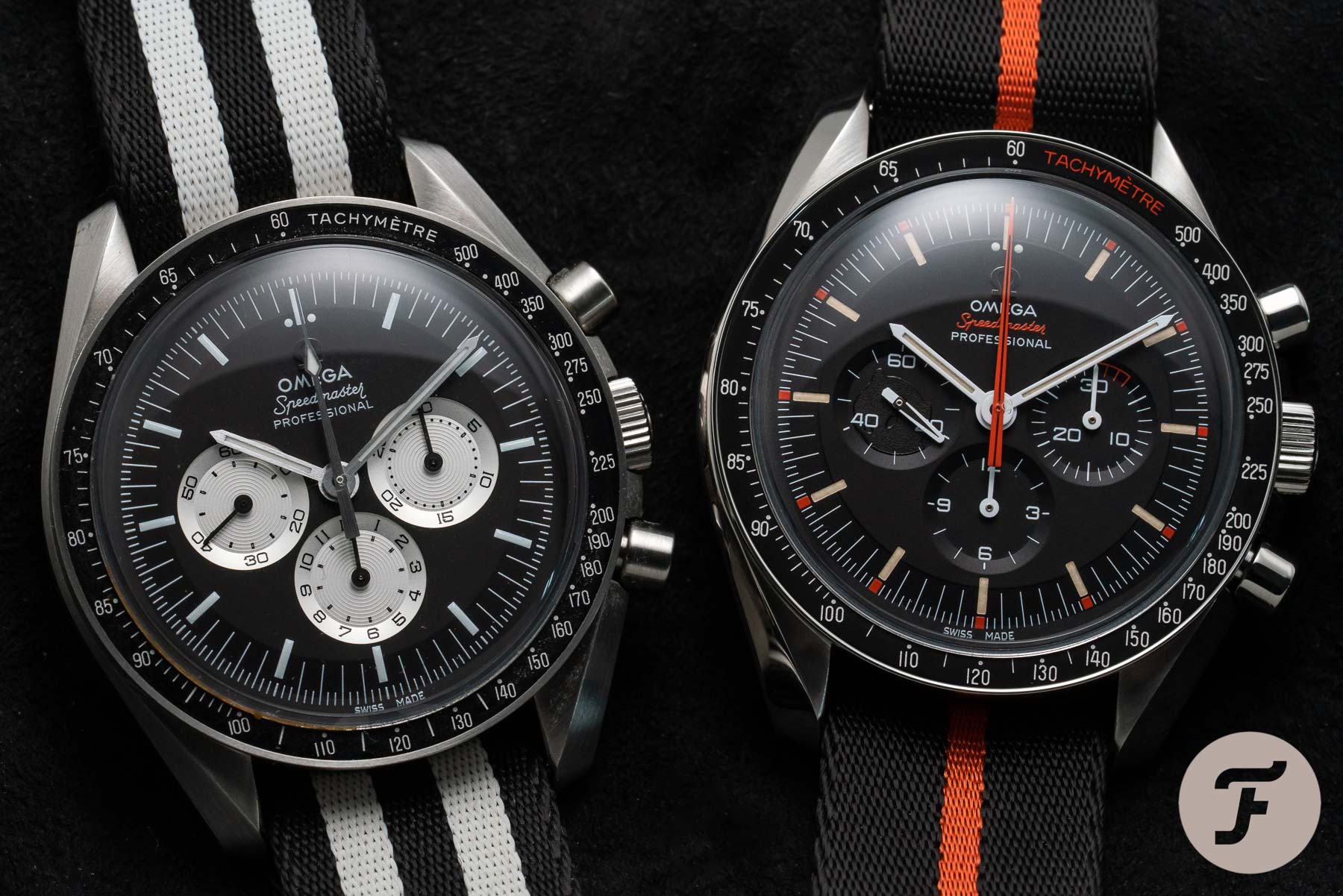 A few months after the successful launch of the first Speedy Tuesday, the “Tribute to Alaska III” (or ST1), we had another idea for a special Speedmaster watch. The idea was for a watch that should be a nod to the rare Speedmaster Ultraman, which is basically a standard Speedmaster Professional 145.012 with an orange chronograph second hand. A lot of extras were added to the Speedy Tuesday Ultraman, including a luminous silhouette of Ultraman’s face in the 9 o’clock sub-dial. 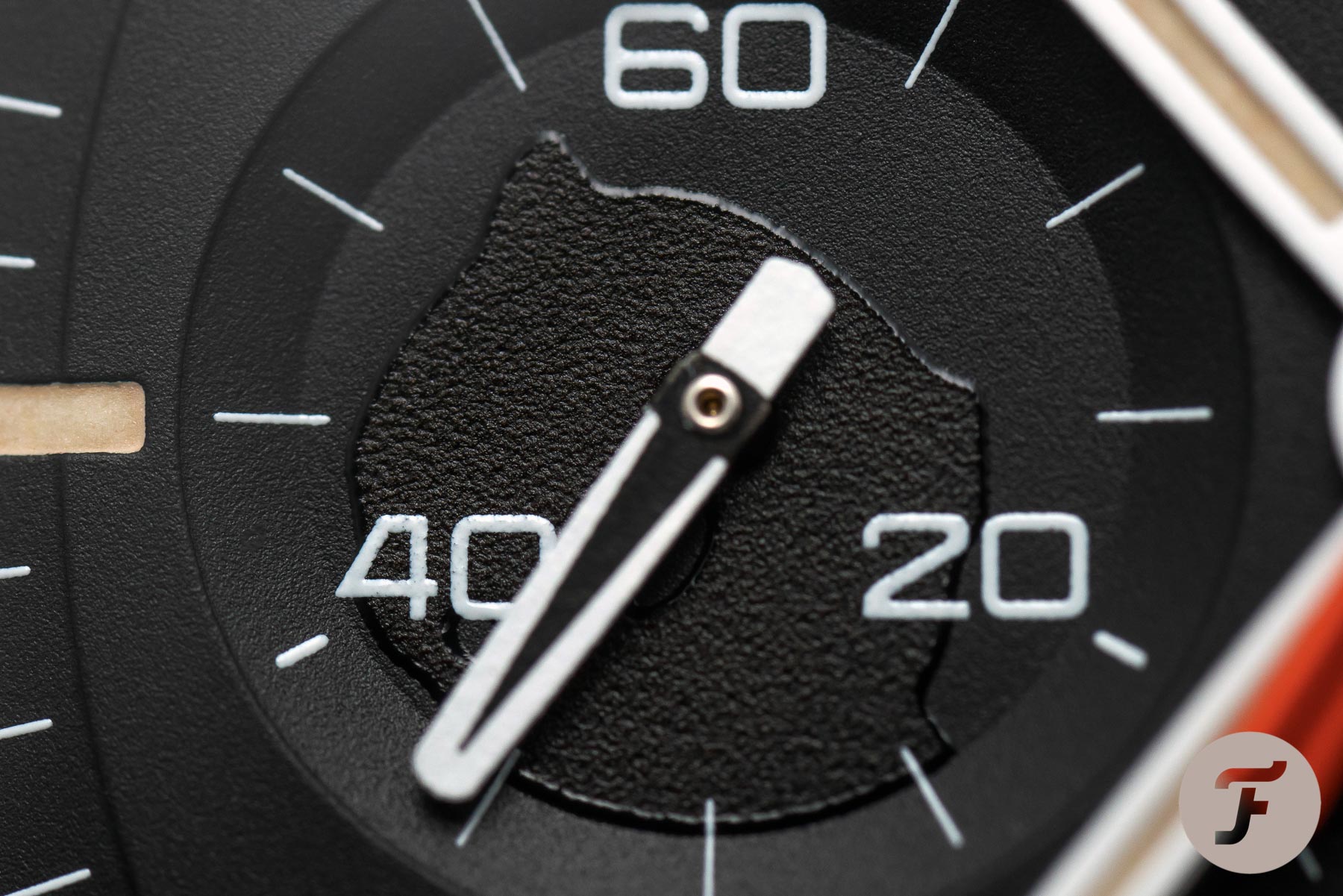 My personal favorite features of this watch are the use of orange on the dial and bezel, having the applied logo in the old style (with a flat top surface), a step dial, and the Dot-Over-Ninety bezel. The DON bezel was something that had not made a comeback to the Speedmaster at the time, but in the new and modern Moonwatch it’s there again. 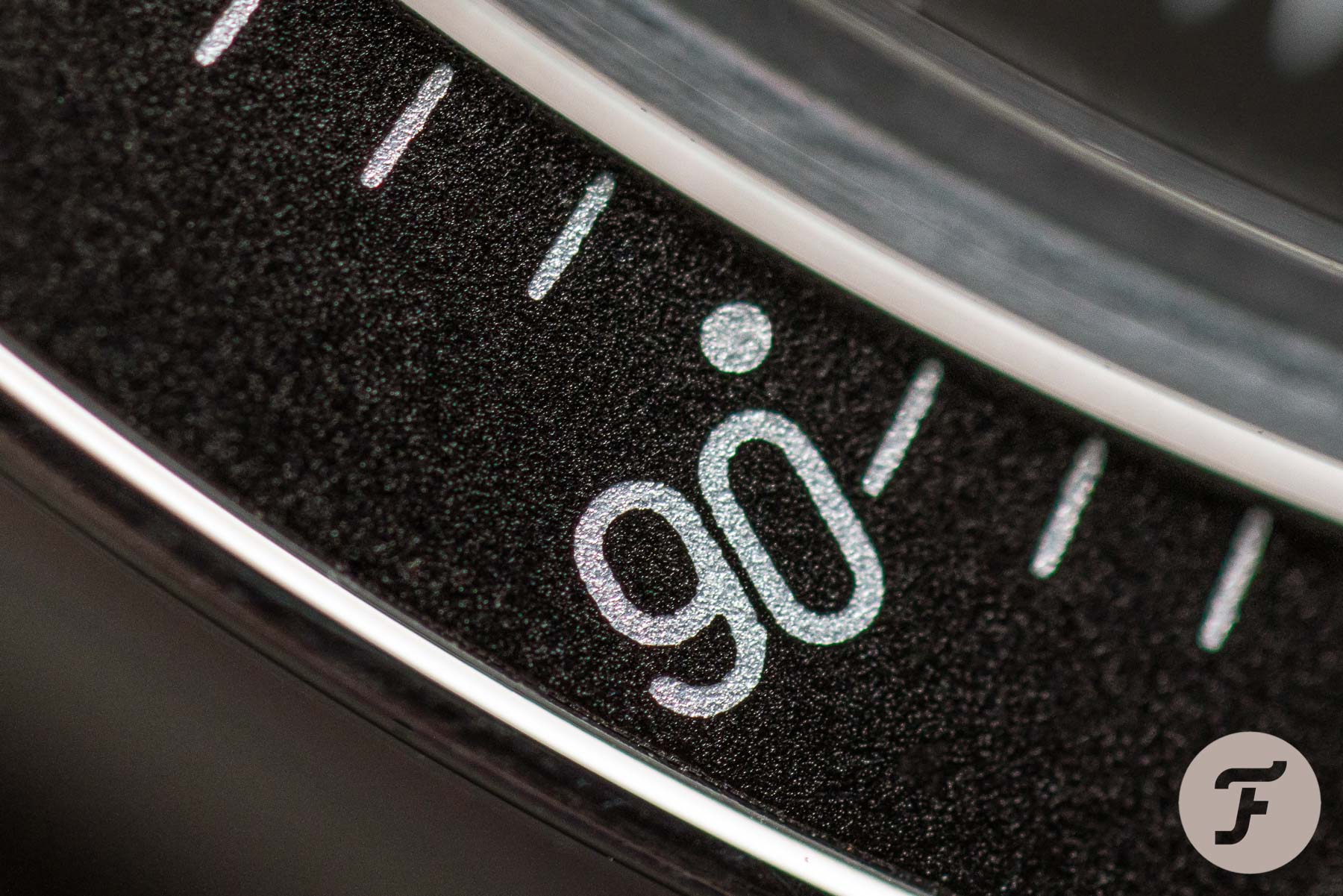 But I also like the step dial, which is made of aluminum. This was a first for the Speedmaster, or any Omega model. Afterward, Omega also used aluminum for the dial of the Bond 300M watch. 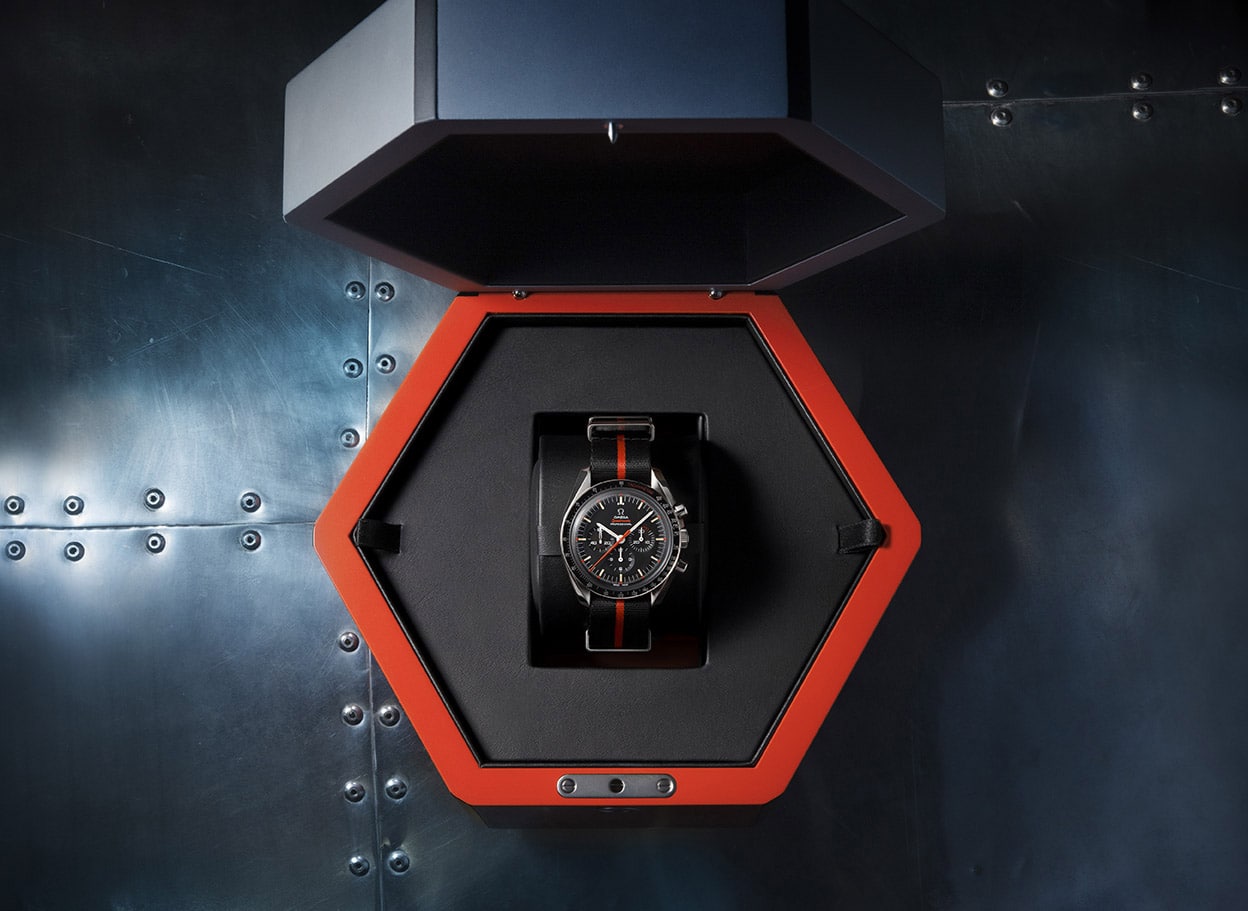 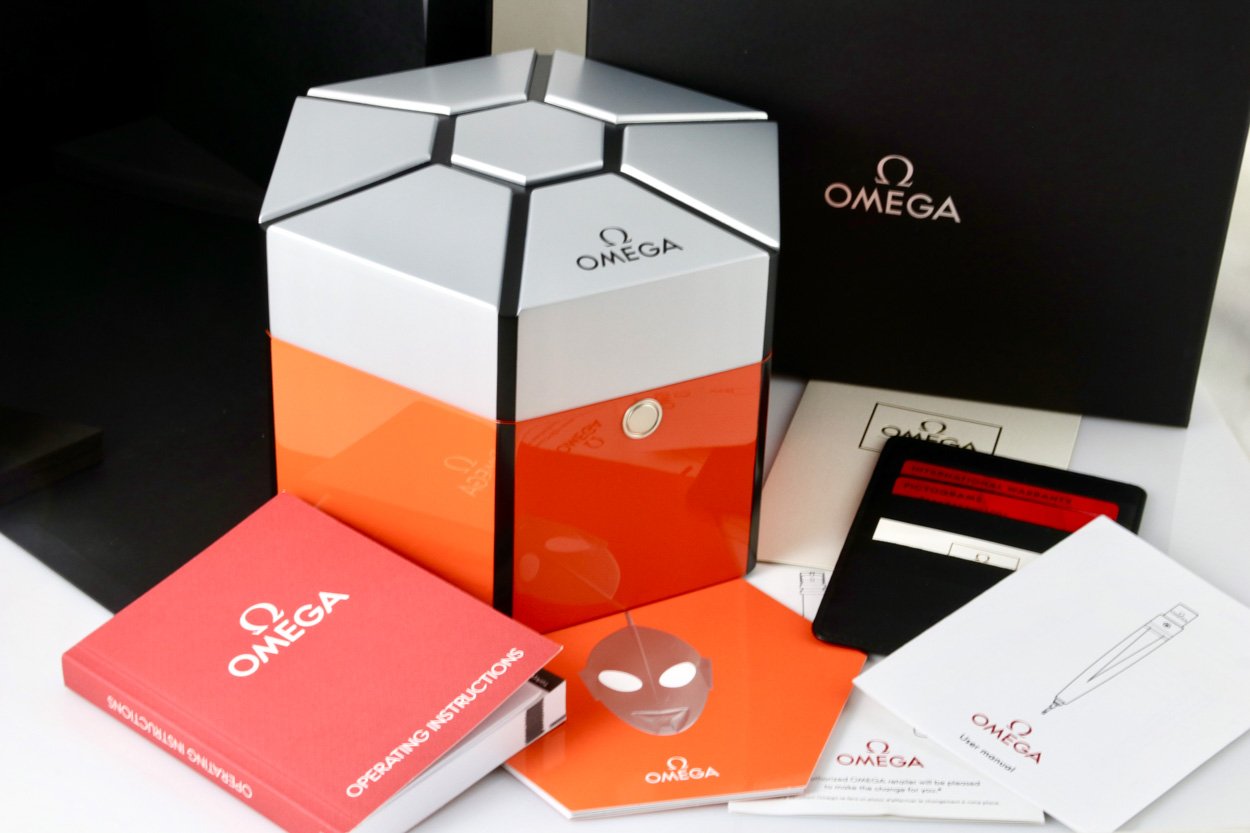 The watch is packed with little details that refer to the Ultraman TV Series. For example, the minute recorder at 3 o’clock, showing the first 3 minutes in orange, because Ultraman could only stay in superhero mode as long as that. But also, the small running seconds, referring to Ultraman’s Beta Capsule. 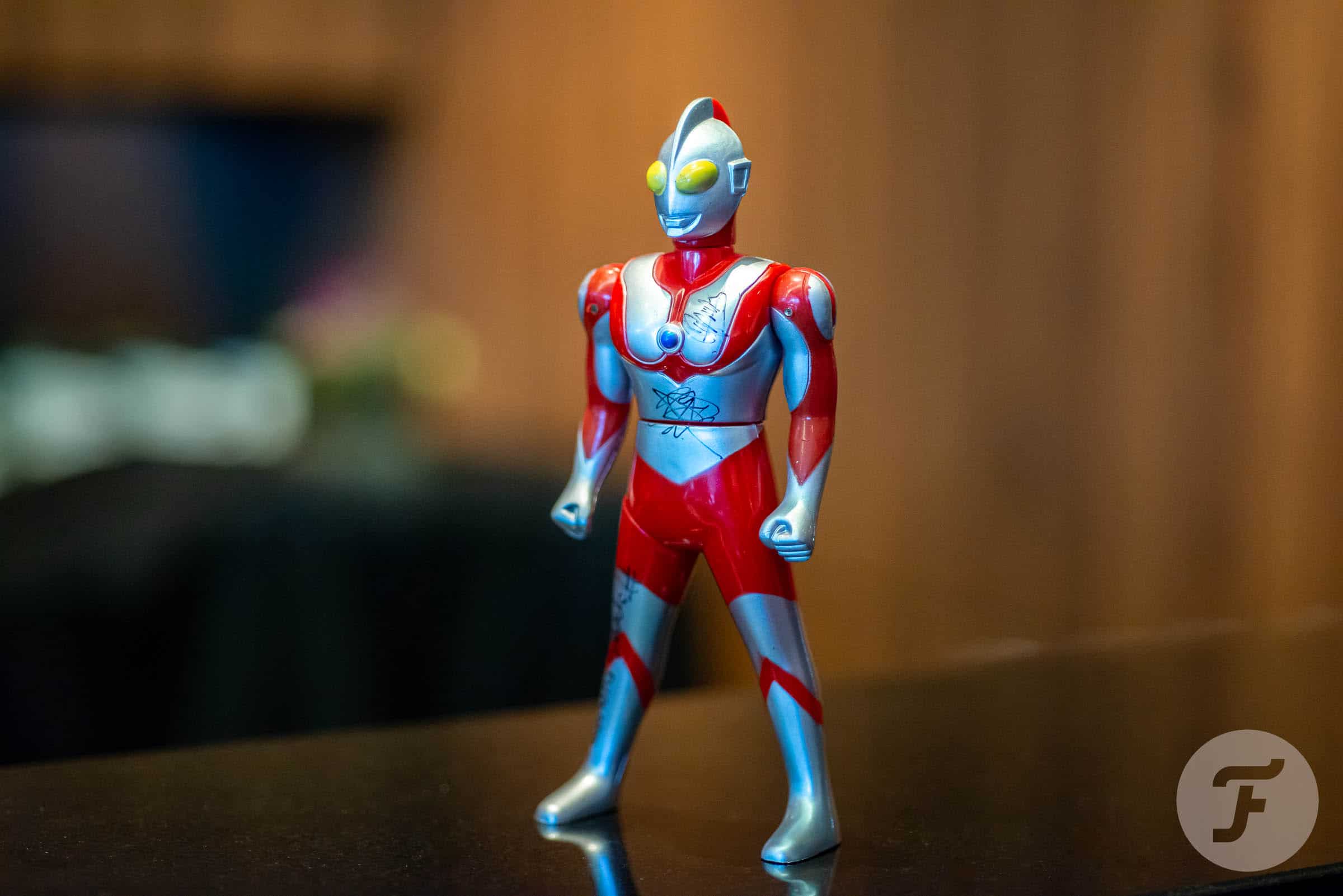 Then, a bigger detail perhaps is the box in which the watch is presented. It was a hexagonal box — a reminder of the futuristic table used by the Monster Attack Team in the Ultraman series. Inside, a compartment for either the black leather strap or NATO strap and the “Beta Capsule” strap changer with its UV light. Without wanting to brag, I think it is one of the coolest watch boxes ever. 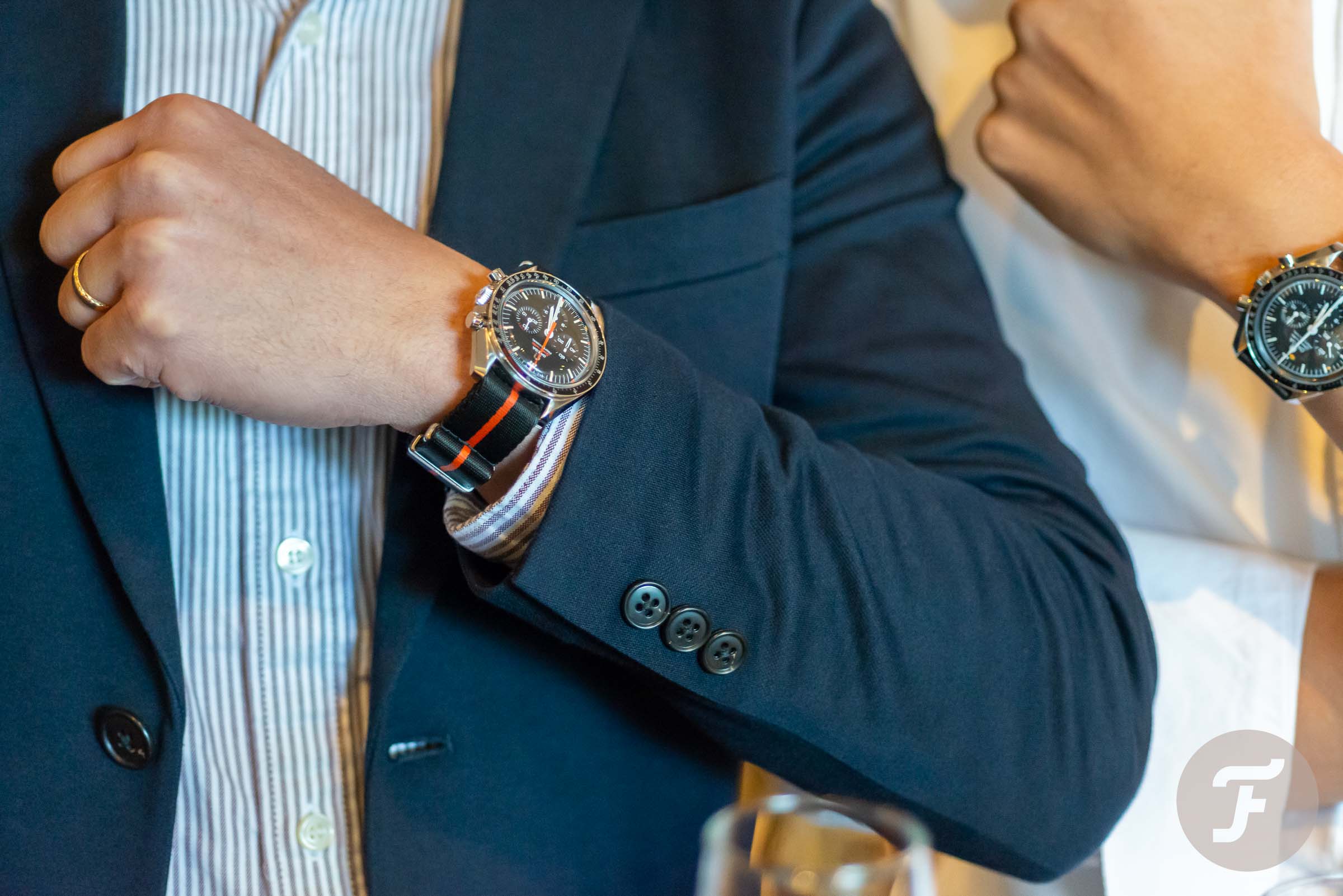 Ultraman was part of their youth

Truth be told, I didn’t know Ultraman from my youth. It was the Speedmaster 145.012-67 with the orange hand that made me aware of this series, some years before the release of the Speedy Tuesday Ultraman. Only during our Speedy Tuesday events in 2019, in Tokyo, Singapore, and Hong Kong, did I realize how big Ultraman was. Collectors and enthusiasts from the Speedy Tuesday community explained to me that Ultraman was part of their youth, making the watch even more meaningful to them. 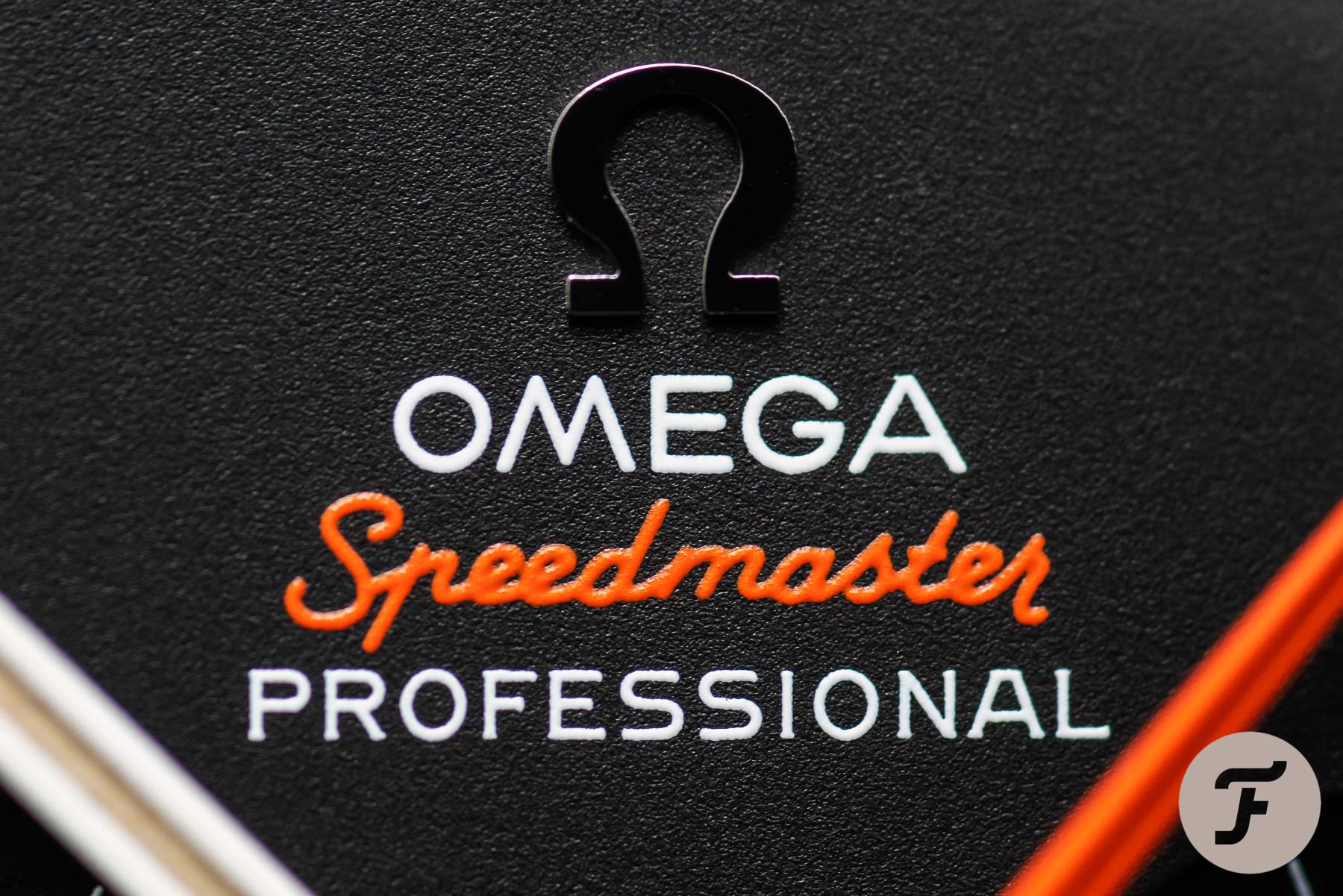 July 10th, the introduction of the Speedy Tuesday Ultraman

The Speedmaster Speedy Tuesday Ultraman was offered on July 10th, 2018 (click here for the introduction article). Omega invited me to go over to Bienne, Switzerland, to visit the brand’s HQ. During the first Speedmaster Speedy Tuesday release, in 2017, I was just in my office, flabbergasted by the number of messages, phone calls, emails, and messages I received as soon as the news was out. It was very unreal, and it made me sit almost motionless in my office chair for the entire day, watching the responses flood in. And this will make you probably laugh, but I was incredibly worried about the number of watches. When we started the first Speedmaster Speedy Tuesday preparations, I thought of producing more like 300 to 500 pieces for that watch. I didn’t think there would be that many people interested in our “funky” designed Speedy Tuesday model. 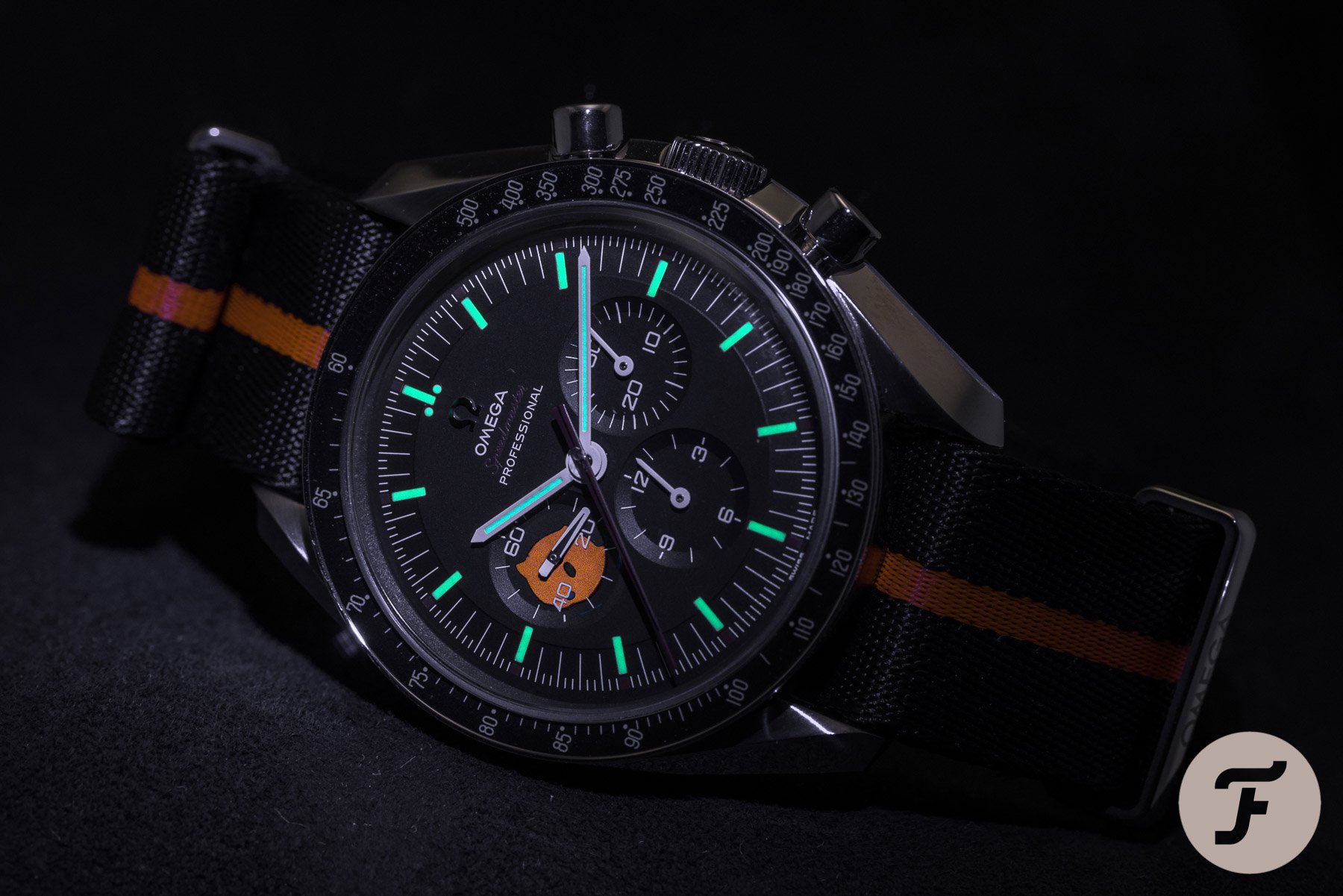 For the second edition, in 2018, I was at Omega’s HQ during the launch. It was a completely different experience, but very interesting to see how their teams worked incredibly hard during the day, to make the experience as smooth as possible. And sure, things go wrong that could not be foreseen — c’est la vie. But in the end, the Speedmaster Speedy Tuesday Ultraman was allocated to 2,012 people all over the world, in a record time. At the time, the Speedy Tuesday Ultraman retailed for CHF 6,350/€6,020/$7,100. For this watch, which was different from the first release, there was also a heads-up a few hours in advance that something was coming. An orange hand, on Omega’s official IG account and on our Fratello account. 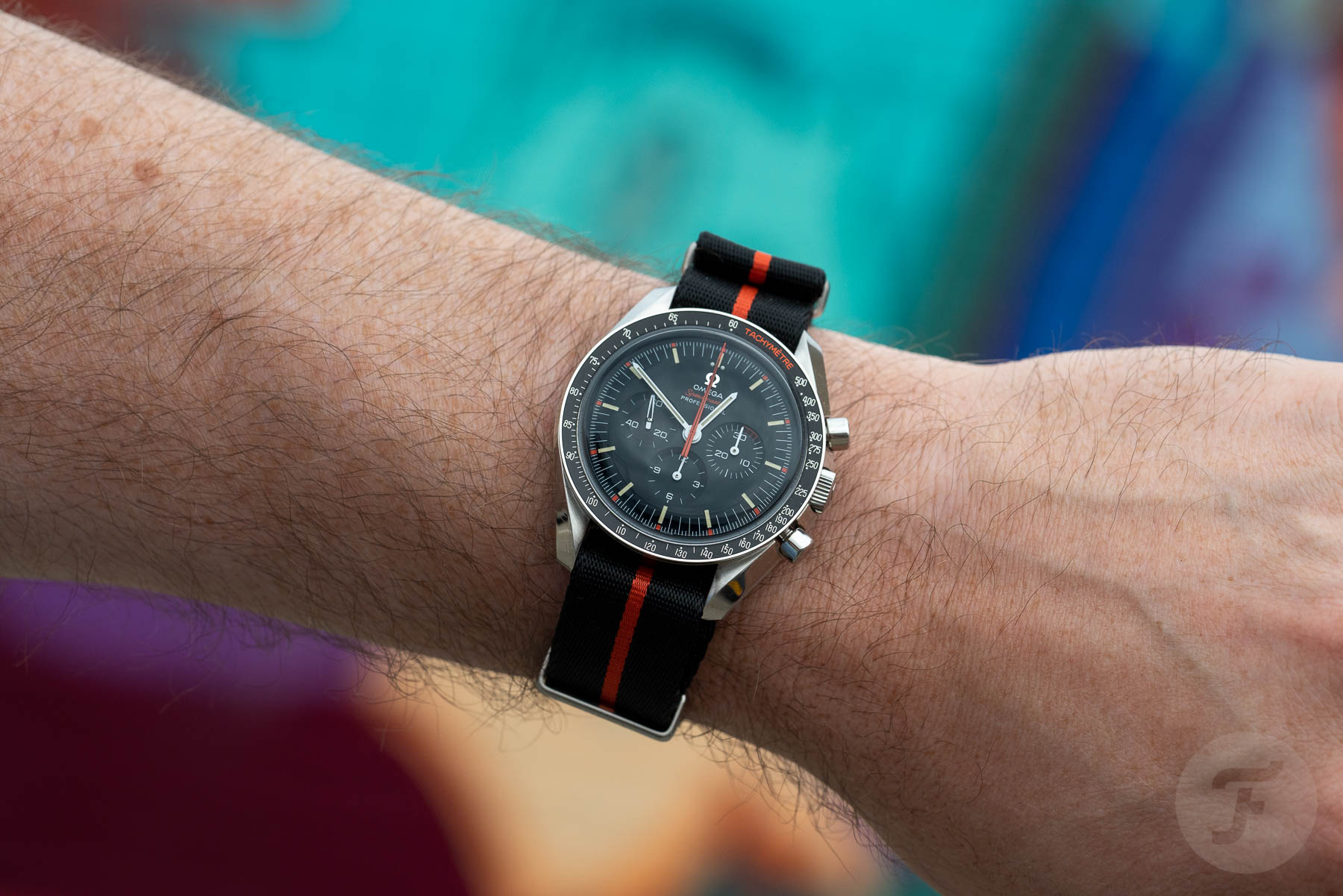 And now, three years later, I am wearing the Omega Speedmaster Speedy Tuesday Ultraman on my wrist and still feel that same sensation I felt when I saw it for the first time. The same applies to the Speedy Tuesday “Tribute to Alaska III”. I have no real preference, they’re both incredibly important to me. As I always try to collect the number 13 when it comes to LEs, both models have this number. My daughter was born in ’13 and it is also the day I was born (April 13). These are the watches I will tell her about when she’s old enough to understand. 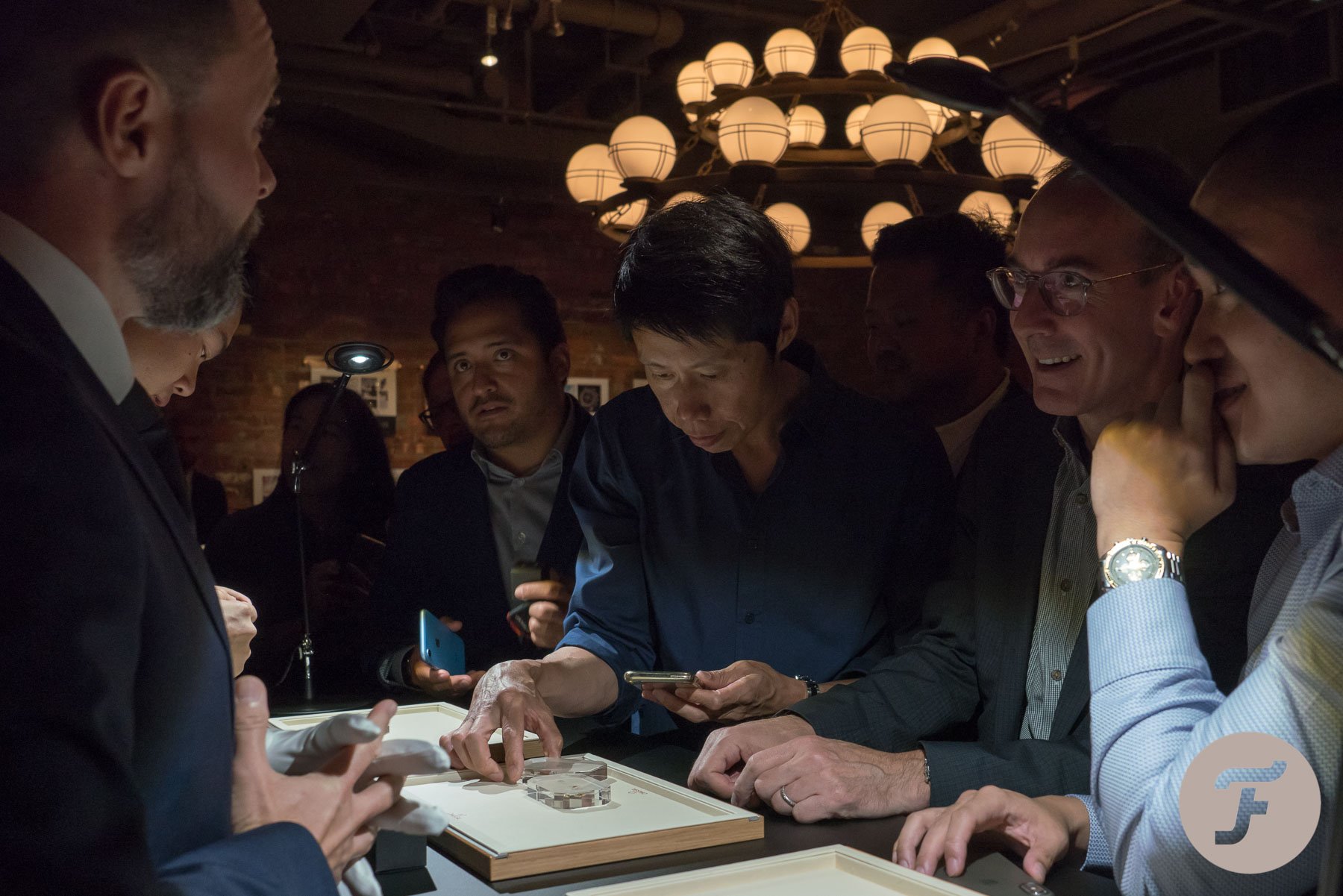 However, in the end, Speedy Tuesday is not about these ST1 or ST2 watches, it is about a community consisting of enthusiasts and collectors. And perhaps not even that, it is an “identifier” in order to seek out and find each other. Look for the #SpeedyTuesday on Instagram or Facebook for example, and you might find someone who has an interest in the same quirky Speedmaster references you have or perhaps has the answers to questions you might have about your Speedmaster. These watches are simply a celebration of that community, and I am sure that by now, most of them found their way to those who really love them and are part of the Speedmaster community. 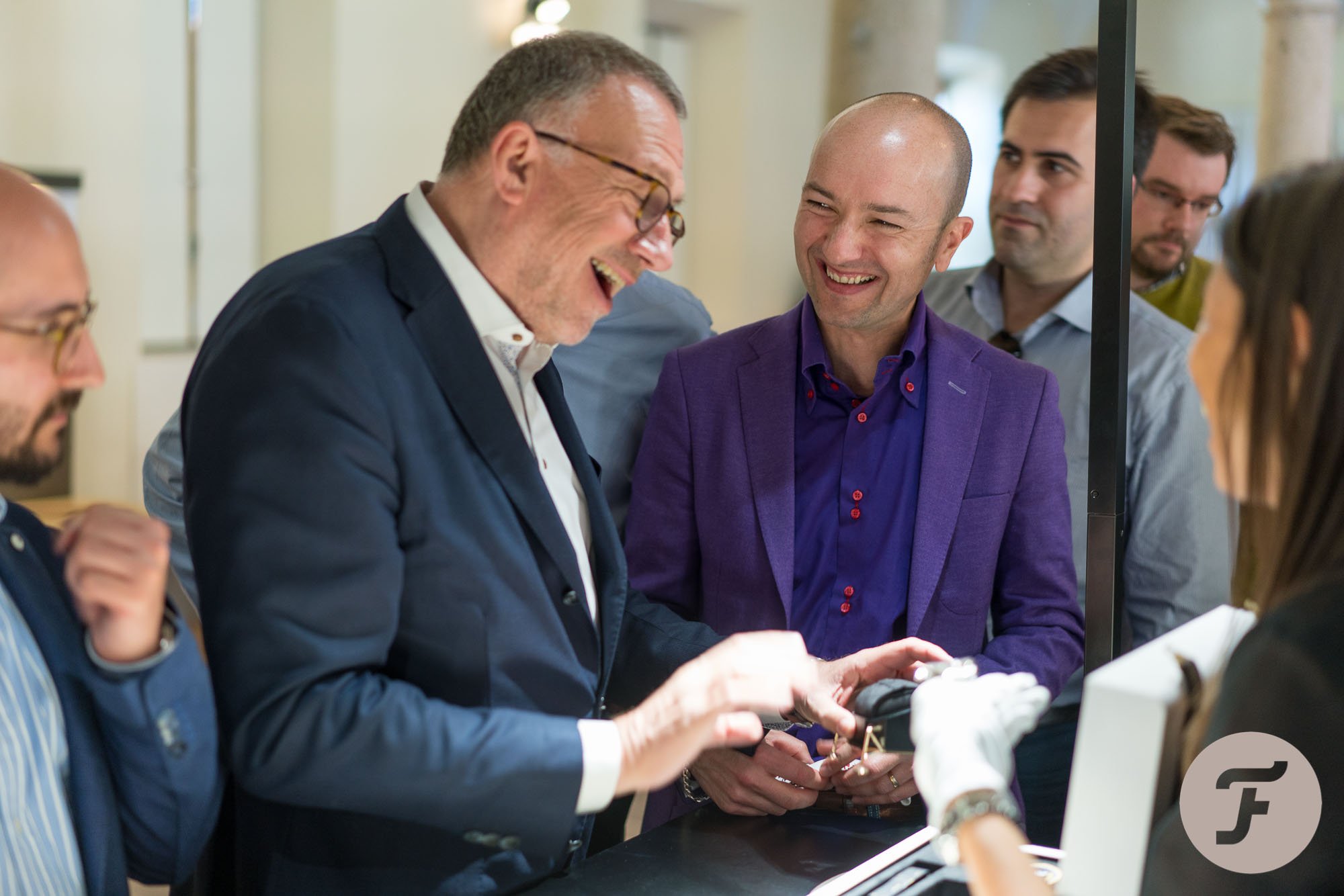 I am also very grateful that Omega has been incredibly supportive, and how much effort they’ve put into organizing the Speedy Tuesday events with us, allowing us to create these watches together and giving us a little peek inside their kitchen. It has been extremely educational to see how a new design comes together, how the production process works, and last but not least, how to deal with customer service. 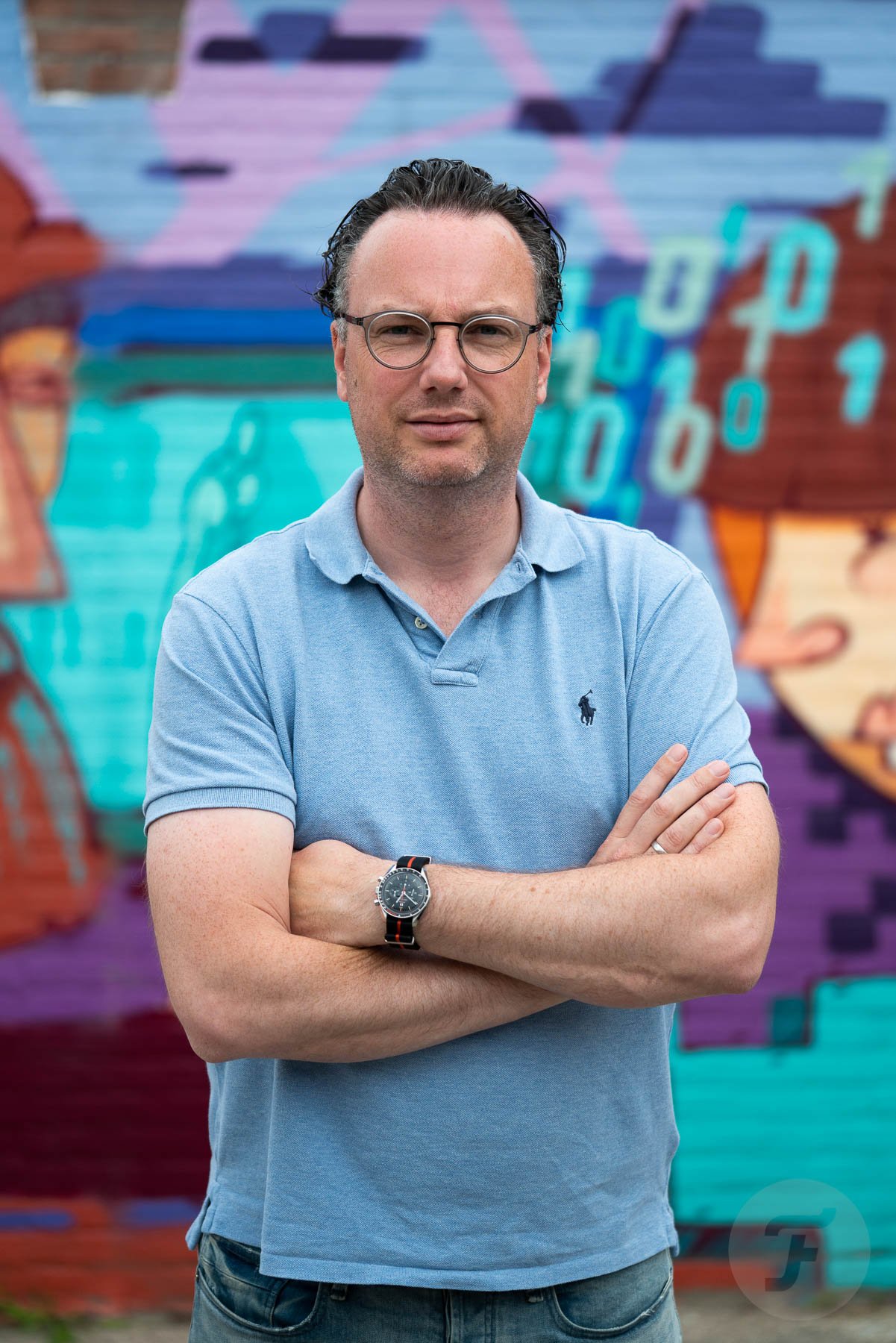 Next year, Speedy Tuesday will celebrate its 10th anniversary. In the past 9 years, I’ve got to know many of you in person, also thanks to our Speedy Tuesday events. To me, that’s absolutely the most valuable thing. If I’m honest, it is also what I miss the most about these strange times in which we live (or perhaps more accurately, exist). Together with the team here, we’ve met so many interesting people. And I am not talking about the Apollo astronauts and Space Shuttle astronauts who were guests at our events, but about you. With some of you, I’ve become very good friends, for which I am grateful.

We (Omega and us) had some wild ideas on events for 2020 and 2021, but there’s this thing out there that ruined it for everyone. I hope that next year, in 2022, for the 10th anniversary, we can meet up again and celebrate this milestone in good health and spirit.

Till then, make sure to join us in the #SpeedyTuesday Facebook group here.