It is Speedy Tuesday and today we have Philip Kisloff giving his thoughts and opinions about the new Omega Speedmaster X-33 ‘SkyWalker’. This X-33 is already the 3rd generation of this astronaut’s timepiece. Where the 2nd Generation model was more or less a little update of the 1st Generation model, both in functionality and aesthetics, the 3rd Generation is a complete redesign and considered to be the real 2.0 version of the X-33 watch. 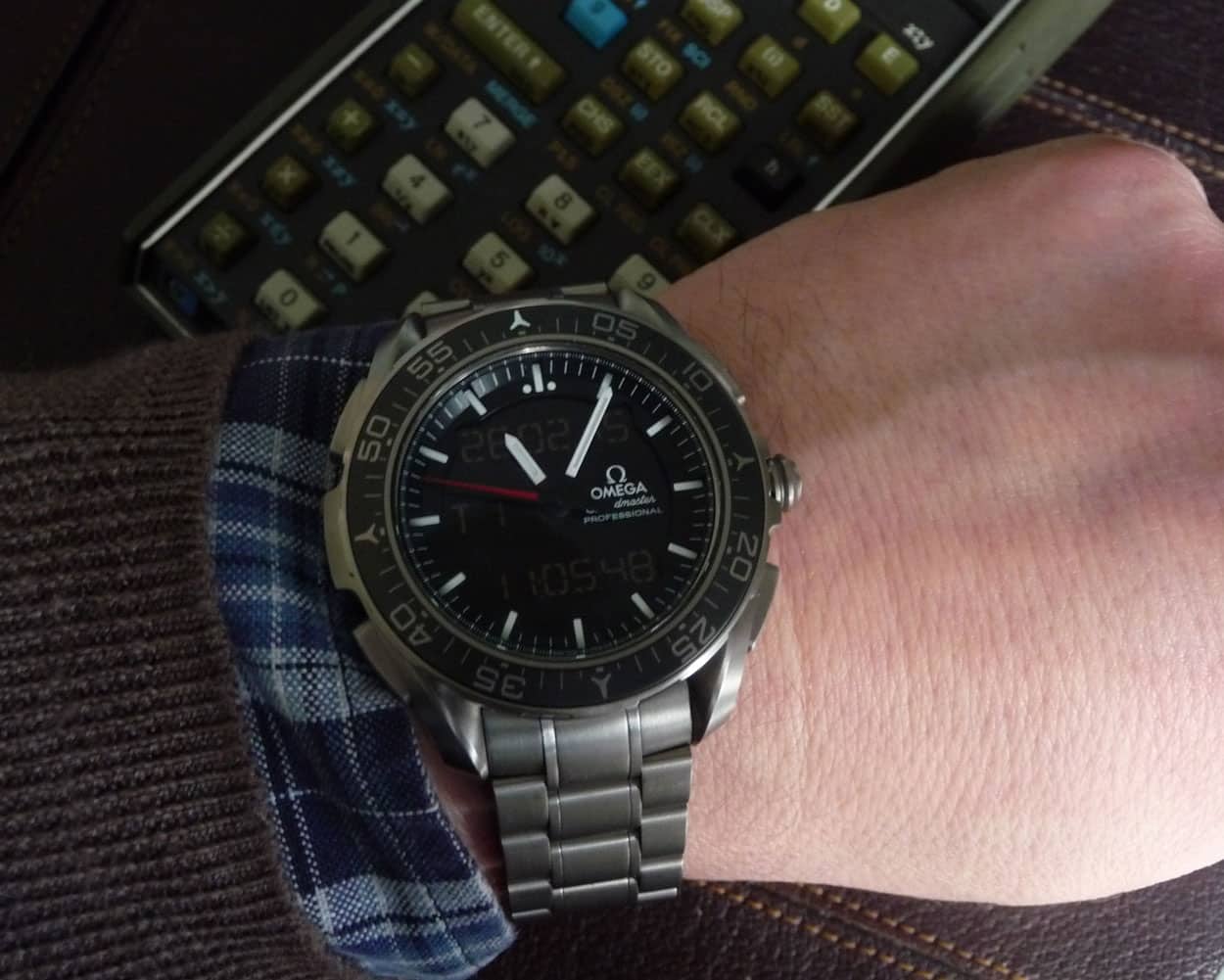 The Speedmaster X-33 has been out for 3 months now, and several owners have already posted their reviews on line. My video was uploaded to YouTube at the end of last year, where I ran through all the operations of the various functions. What I avoided in that review was any critique of the watch, but that is now going to be addressed here. While examining this watch, as a long-time software developer and IT consultant for a wide variety of business systems, I took an engineer’s eye over OMEGA’s claims and functions, and tested it as I would anything that was my responsibility for quality evaluation. So in some respects this is a more technical report, but limited to just a few things I personally feel noteworthy.

One thing (out of many, I may add) that greatly impresses me about this watch is the unique Phased Elapsed Time function (PET). PET combines the traditional function of the timer and alarms, but in such a way that both are much easier to set without recourse to troublesome calculations. It is an incorrect assumption that this watch adds nothing that a smartphone (or smart watch for that matter) does not provide. PET is a patented function, and is only to be found in the Speedmaster X-33 ‘Skywalker’, or 3rd Generation.

The first innovated timing function made possible by PET is the ability to automatically initiate the start of a timer (countdown function) and chronograph (elapsed time function). Without PET, all timers and chronographs are manually triggered and this functionality is still included as functions in the Speedmaster X-33 Skywalker. But manual triggering of the timer creates issues when a countdown is required to end at a specified future point in time. The only way to accomplish this without PET is to calculate duration from an imminent future point and then manually trigger the timer function. With PET the alarm has an in-built count down function (with elapsed time going forward, too). It really is that simple, but elegantly addresses a real gap in time keeping functionality.

Using PET and MET to calculate the setting of an alarm.

Another use of PET is combining it with Mission Elapsed Tie (MET). Imagine if you will that there is a moment either just past or in the near future that marks the beginning of a chain of events culminating in an end point a precise period of time into the future. Now, you would like to set an alarm for this future time, but only know the start time and duration, not the end point. For example, the start point is or was at 11:43, and the duration is 1 day, 5 hours and 17 minutes. I hope you can immediately appreciate that it’s not a trivial task setting this alarm. Of course it can be readily done, but imagine if it has to be calculated in circumstances that are quite stressful, when you are tired, in a hurry, overloaded with other tasks and unfortunately aware of severe consequences if you get it wrong. Then you might prefer PET, with the unique advantage that is there are only two settings that need to be made for the alarm to be set at precisely the right time:

Done, and brilliantly so.

How many hours in a day?

In the Speedmaster X-33 Skywalker Operating Instructions, a documentation error I found was in the maximum time for the timer settings. On page 22 in the English version, the timer’s maximum is incorrectly quoted as up to 99 days, 99 hours, 59 minutes, 59 seconds and 99/100 of a second. The true maximum of the timer is 1 second short of 99 days (in other words 98 days, 23 hours, 59 minutes and 59 seconds) something easily checked by decreasing the “all zeros initial setting” by one second.

This error was introduced partly I imagine by copying the instructions for the similar timer functionality of the original X-33. In that watch, there is no ability to count days, but there is a maximum of 99 hours. Finding this error was for me a reminder that the Skywalker X-33 has in a sense crossed a boundary, one that separate time-pieces from software applications. If that is really true, have the criteria by which it is judged also shifted? Keep this thought in mind while I reveal another problem, and one that is not likely to be fixed any time soon.

Make settings only in adequate lighting

The Speedmaster X-33 Skywalker digital display is an attractive antique gold colour that contrasts best against the black background in reflective light. In low light conditions, electro-luminescence is required to read the digits. This illumination switches itself off after approximately 5 seconds, just long enough to read the display, but the illumination can be repeated for another 5 seconds as often as necessary.

For setting any of the functions in low light conditions, you have the same 5 second illumination. If you activate the light immediately before entering programming mode, the illumination goes off as the hands swing around out of the way, but then come back on for 5 seconds to help you see what you are doing. And if you don’t manage to complete scrolling through and setting the many options (i.e. time reference, year, month, day, hour, minute and seconds) in 5 seconds? Tough. There is no option to repeat the illumination for another 5 seconds!

The “problem” is that you can’t operate the light whilst in programming mode because the same pusher that operates the light is now used for saving the settings and exiting programming mode. In software terms is this a bug, or a feature? If such a question were to arise concerning something like a Google or Apple smart watch, then software release cycles provide a well understood roadmap for resolution. Such an option is not easily available for a luxury the watch supply chain. It’s not that there aren’t plausible ways of providing this function. The light could stay on until programming mode is exited. Or the program set/exit button occupying the light could have been swapped with the P1 pusher, whose only function is to remember a screen and toggle back to it (and is not used in programming mode).

OMEGA has indicated to me that “the 5 second back-light meets all the model’s specifications”. It’s not a deal breaker to me I have to admit – but I’d love to see a firmware update when I next get it serviced.

I definitely don’t want to end this review on a downbeat note, however. I absolutely love this watch, and use its functions as often as I can think to do so. Never again late for a meeting or mis-judging the preparation time for a presentation, or confusing the times of international conference calls. And ready for any adventure at a moment’s notice, too.