Hereby we share with you the Speedy Tuesday Event videos that we took on January 8th in Biel, Switzerland. Also, you will find some of the official photos that were taken during the day by Omega’s photographer. Our own photos can be found in our previous “How to wear it!” report here.

Today, we share with your three Speedy Tuesday Event videos that Bert Buijsrogge shot during the day. The first one below gives an overall impression of the day in Biel. With about 45 guests, 6 of the Fratelli (Bert, Gerard, Balazs, Michael, Sky and RJ) and of course the Omega staff, we had a day where we not only celebrated the Speedmaster on a Speedy Tuesday, we also had the honour to be the first to see the new caliber 321 movement in the flesh. It is only today (22/1) that the press will get to see the new movement in the flesh during Omega’s 125th-anniversary event in Biel (125 years of the brand name Omega, and thus Omega movement as the name was derived from their important caliber).

After the welcome speeches (video below) and the lunch in the new Omega manufacture building (opened in November 2017) in Biel, one group went to have an exclusive tour to see the production and assembly floors. On these floors, you will also find a department where the testing and certification takes place by METAS for the Master Chronometer watches. The Speedmaster Professional doesn’t (need) to be certified, of course, as these are produced and manufactured the same way it was decades ago. So although it is not anti-magnetic like the Master Chronometer models, or as water resistant as the new models, it definitely has its charm to be produced in the old fashioned way.

The other group joined a little forum hosted by Omega’ Brand Heritage Manager, Petros Protopapas, not an unknown name meanwhile among collectors and enthusiasts. It is during this talk where he also paid tribute to the late Chuck Maddox. The Speedy Tuesday Event videos also include his forum, see below. 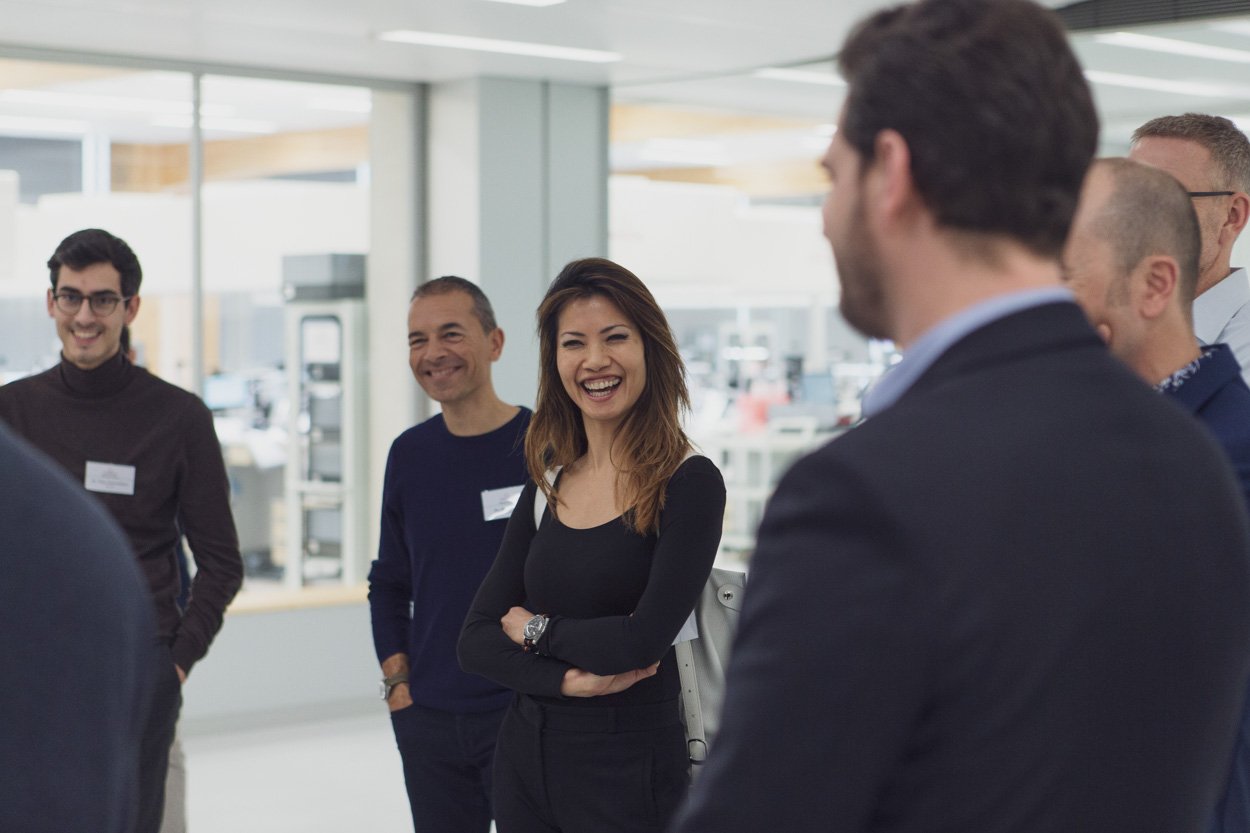 Below, the words of welcome by Omega’s VP Communication Jean-Pascal Perret, Omega’s Brand Heritage Manager Petros Protopapas and Fratello’s RJ. Omega’s CEO and VP Raynald Aeschlimann joined later in the afternoon, as he was occupied by other appointments. He made sure he was in time for the introduction of the new caliber 321 movement of course, which he did together with Omega’s Head of Product Development Gregory Kissling and again with Petros Protopapas. This part could not be filmed (or photographed), which we all respected.

A man we greatly respect is Petros Protopapas. He started out as a watch enthusiast and collector and applied for the job of Museum Director / Brand Heritage Manager a few years ago at Omega. He has the dream job that many of us would like to have. In the Speedy Tuesday Event video below, he talks about the Speedmaster Alaska that was used by Cosmonauts, the NASA connection and of course the caliber 321 movements (and compares it to the Valjoux 72 movement that was used in the two watches that failed the NASA tests). Little did the guests know that about an hour later, they would be the first to see the new caliber 321 movement.

After the forum and manufacture visit, Raynald Aeschlimann joined the Speedy Tuesday party and did a word of welcome to the guests. He was also in for the mandatory wristshot, of course. 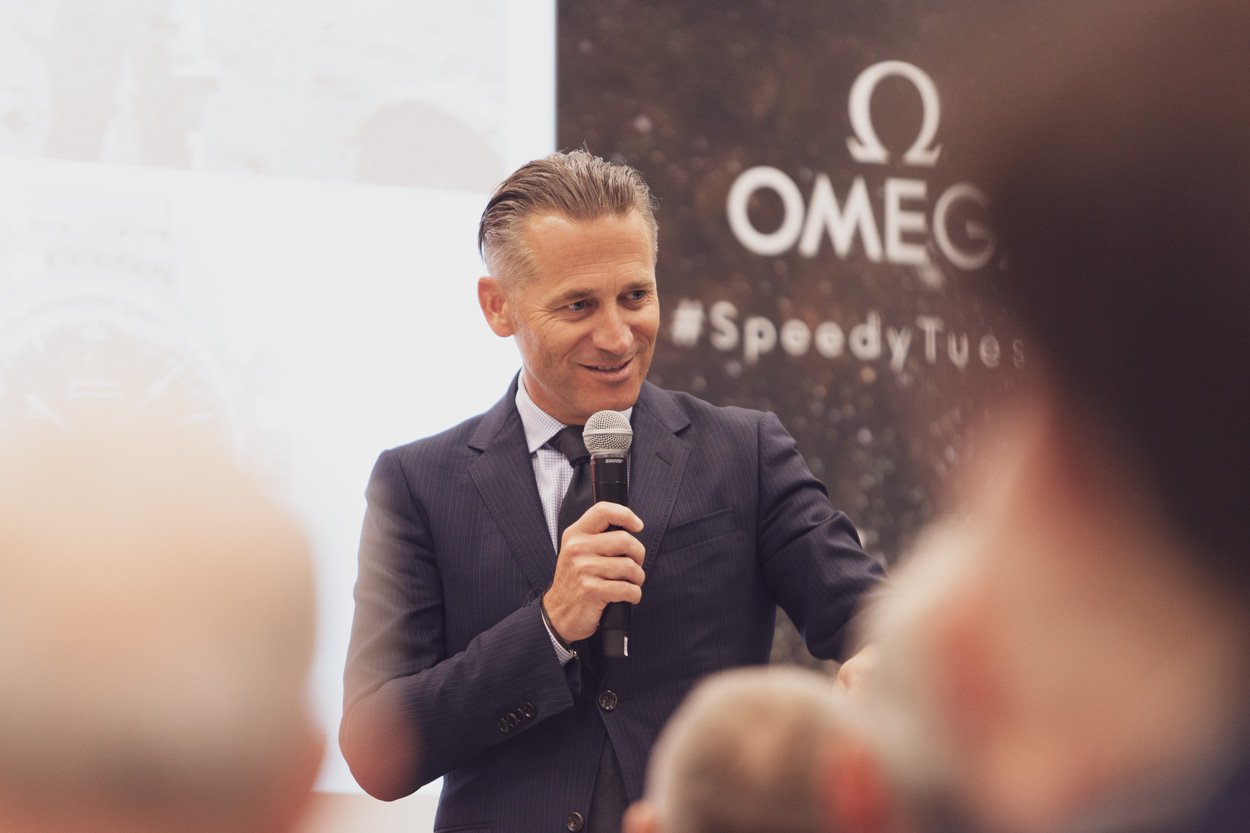 After the group shot and wristshot we headed to a special floor in the manufacture that had been set-up to accommodate all the guests for the introduction of the new caliber. As said, no pictures or video allowed. Below, the mandatory Speedy Tuesday group shots. 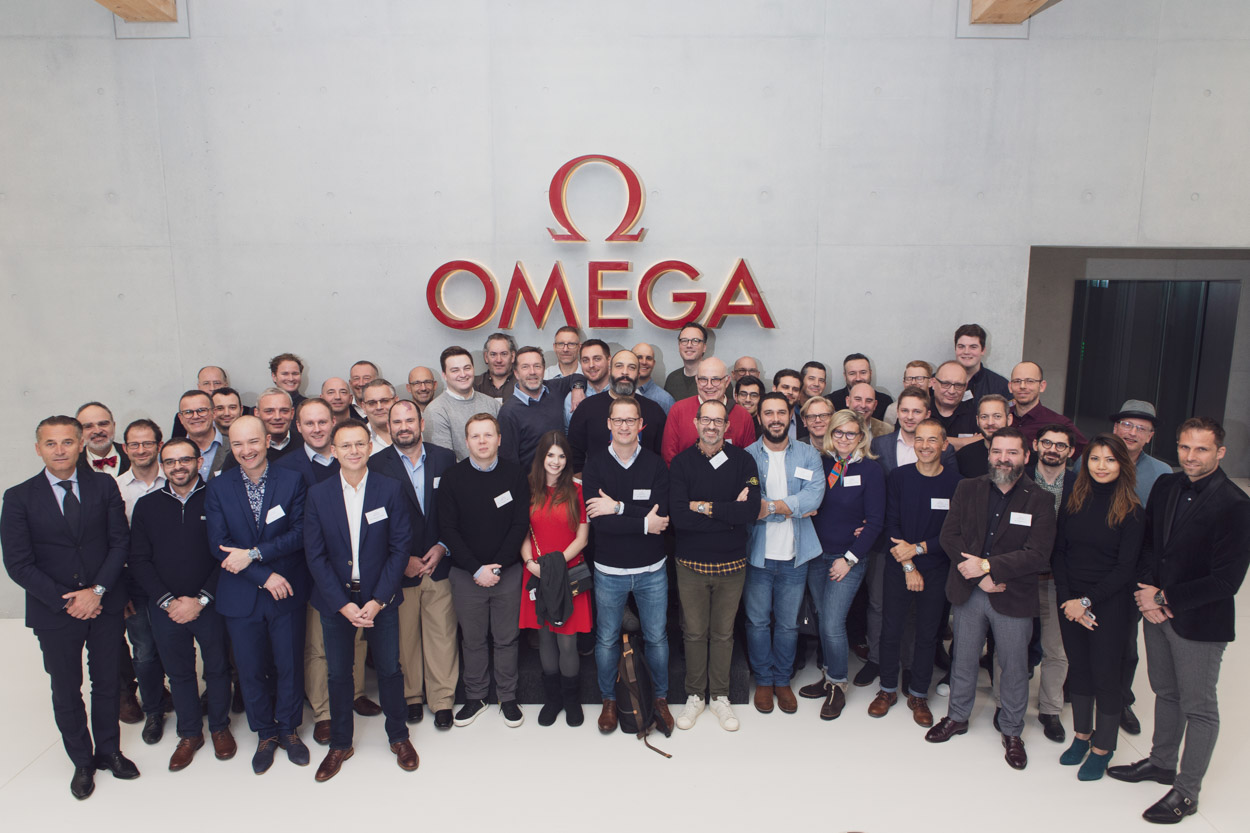 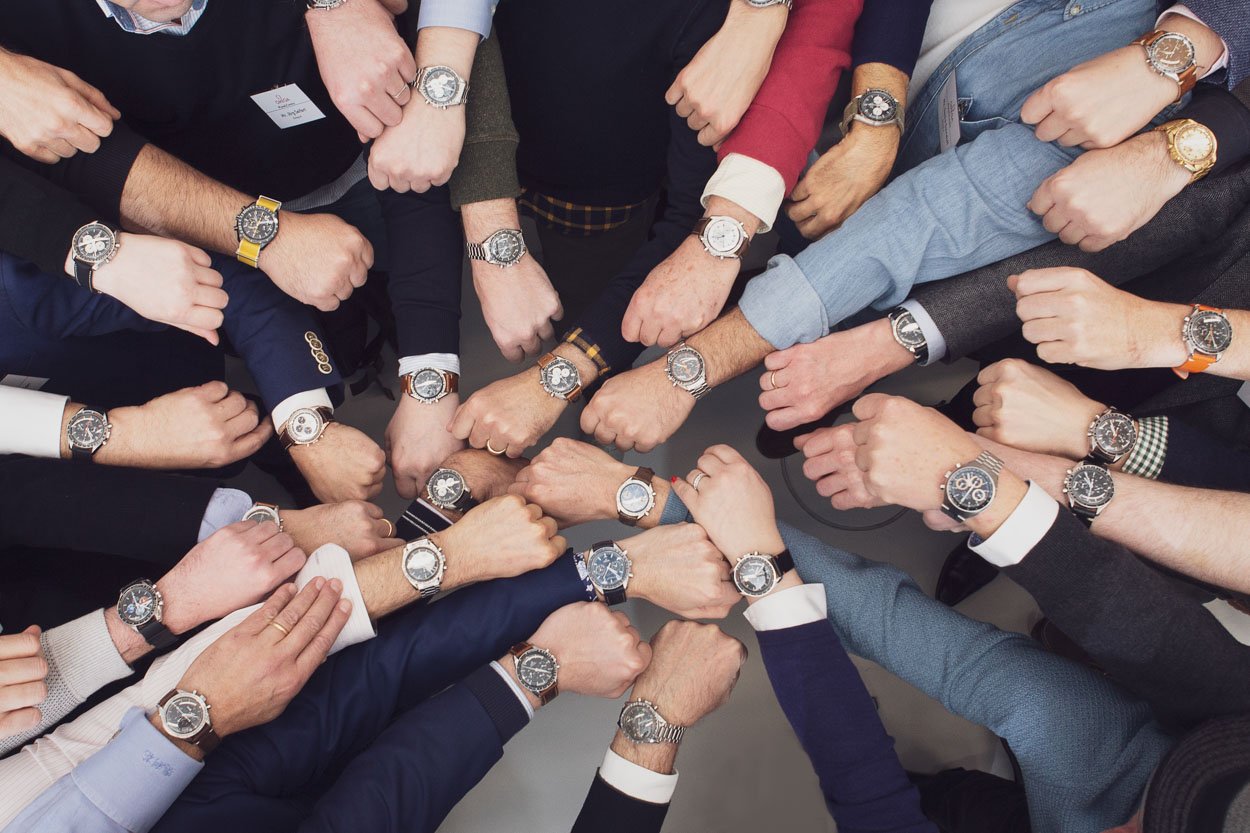 A big thank you to Omega for hosting this great Speedy Tuesday event and to supply us with the official photos of the day.

Hot Topics
Introducing: The New Seamaster Professional 300M 60 Years Of Bond — With A Special Animated Case Back
104 comments
Are You Still After An Omega × Swatch MoonSwatch?
79 comments
It’s Time To Invest In A Dress Watch — Our Picks From Breguet, Omega, Grand Seiko, And More
71 comments
Sunday Morning Showdown: The Tudor Pelagos Provocation — Pelagos Vs. Pelagos 39
55 comments
The Rolex Waitlist Conundrum — How Much Will The Price Of Your Watch Increase While You Wait?
48 comments
Popular
Grand Seiko SBGA211 ‘Snowflake’ And Why I Didn’t Buy It
Robert-Jan Broer
22
You Asked Us: Tissot Powermatic 80 Seastar 1000 or Longines HydroConquest
Robert-Jan Broer
20
New Hamilton Intra-Matic Auto Chrono – An Introduction (with live pictures)
Balazs Ferenczi
12