Although it might be a close call between this LCD Speedmaster and the later Speedmaster X-33, I feel the LCD still wins the ‘Most Geeky Speedmaster’ title due to its high late 1970s/early 1980s design.

We covered the LCD a couple of times before (read this early Speedy Tuesday story for example), and especially our team member Gerard warmed up to them quite a bit. But if there’s one guy who knows them best, it must be the Speedmaster fan from Switzerland who goes by the name of @kovpics on Instagram. He just finished a website that perfectly documents the LCD Speedmaster that was actually submitted to NASA for tests in 1979. A project by Omega that’s known today as Alaska IV. Yes, that’s right after the 1978 Alaska III on which the Speedmaster Speedy Tuesday was based. In the course of publishing a story each week for our Speedy Tuesday feature, we ran across a number of LCD Speedmaster watches through the years. Somehow they do have the attention of some die-hard Speedmasters fans, especially since these were part of the Alaska projects done by Omega. A bit geeky, but it is a nice and welcome change if you have a number of Moonwatch models already. Or a nice addition to any digital watch collection, of course. Without further ado, I want to let the owner of the new Omega LCD Speedmaster website do the talking (or writing).

Working in IT I have always been interested in any kind of geekery and, as an avid Speedmaster collector, when I first saw the Moonwatch cased LCD Speedmaster, it immediately caught my eye. After I finally managed to buy that watch, my curiosity pushed me to research it and I realized that very limited information was available online or otherwise.

Besides some technical information about the Quartz calibre 1620, I learned that a small batch of approximately 20 prototype watches had been developed by Omega out of which 12 were submitted for qualification tests to NASA in 1979, a project nicknamed « Alaska IV ». 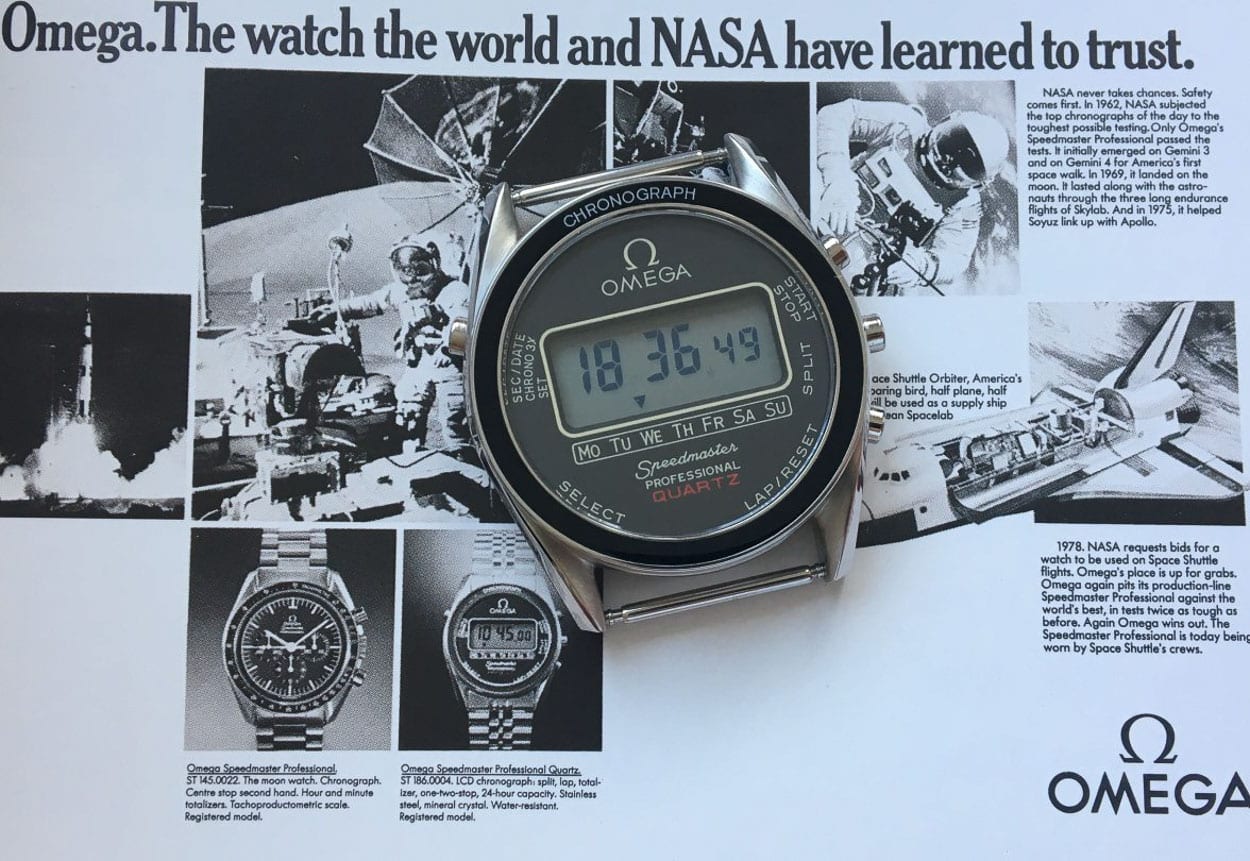 I chose to research further and to see if I could find one for my collection. Thanks to the awesome community of watch collectors, it took just 1 year to end up owning the first « unnumbered » Alaska IV prototype. Another couple of months later, by pure coincidence, I managed to acquire a second Alaska IV prototype this one bearing the number 7.

With three different watches in my collection (the regular production model, the unnumbered and the numbered prototypes) I was now able to put them together and compare. It was a pure « spot the differences » game and I soon came to the realization that although they look almost the same, they are in fact all very different!

While talking about my findings with watch friends, the idea of sharing my work with the community became real about a year ago when another collector and friend @T_solo_T published his research website dedicated to the « Holy Grail » Speedmaster. After contacting him and after an extended conversation about my research and the possibilities of sharing my work we came to a consensus on using a common website template and schema.


As an IT specialist, using a web content management system was the easiest part of the job. Writing the content and drawing a story, adding some quality photographs to illustrate my findings was a challenging task and it actually required much more time than I initially expected. 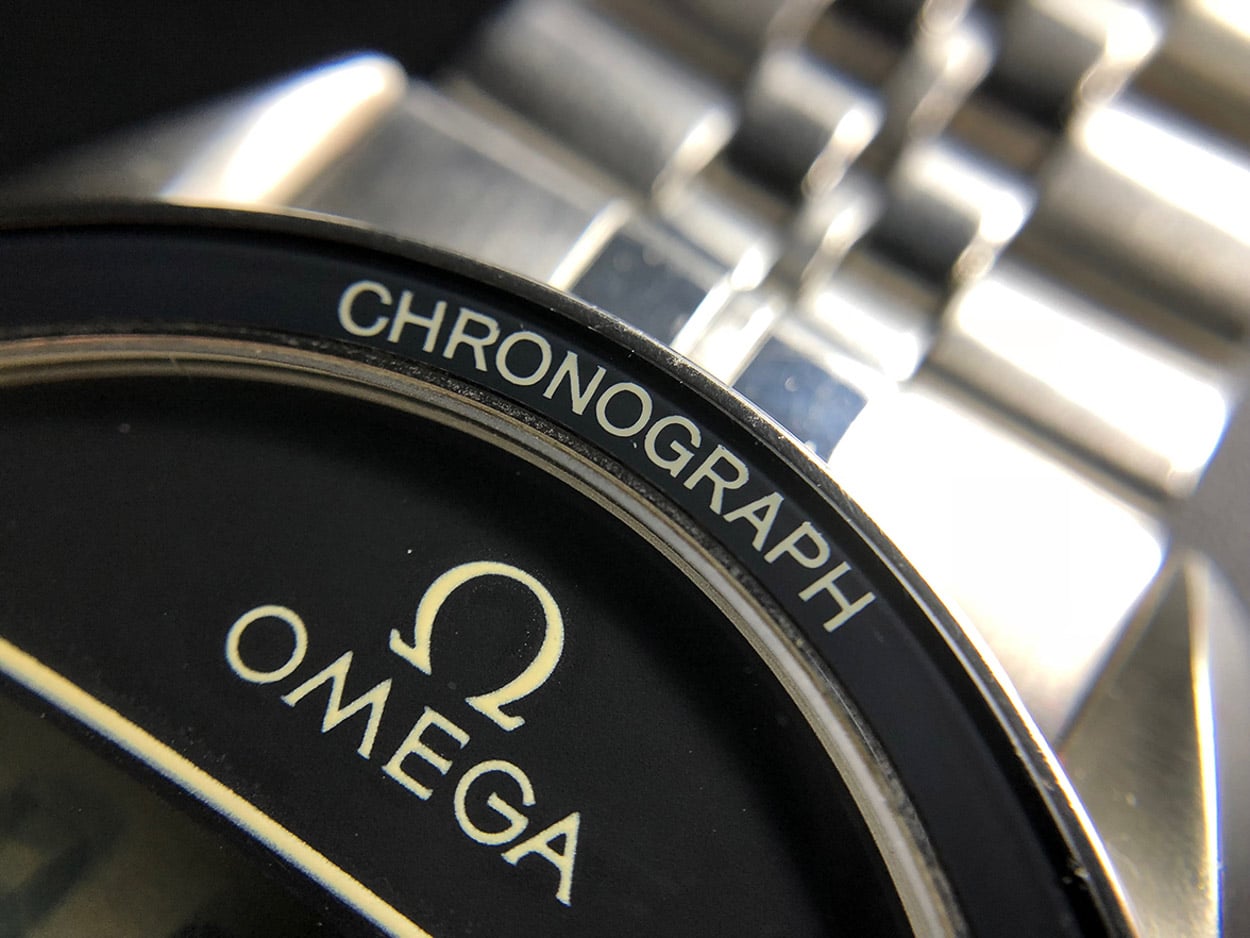 I felt that it was important that every single part of information had to be reviewed and approved by the Omega Museum and their Heritage Brand Manager Petros Protopapas has been very supportive from the very beginning. Not only had my observations matched internal information at Omega but the museum crew also contributed by adding some exclusive information about the prototypes and NASA testing requirements. Finally, after good 6 months of work and a couple of hundreds of revisions I am happy to share the result with the community and publish something I hope to be educational and interesting: www.omegalcdspeedmaster.com. 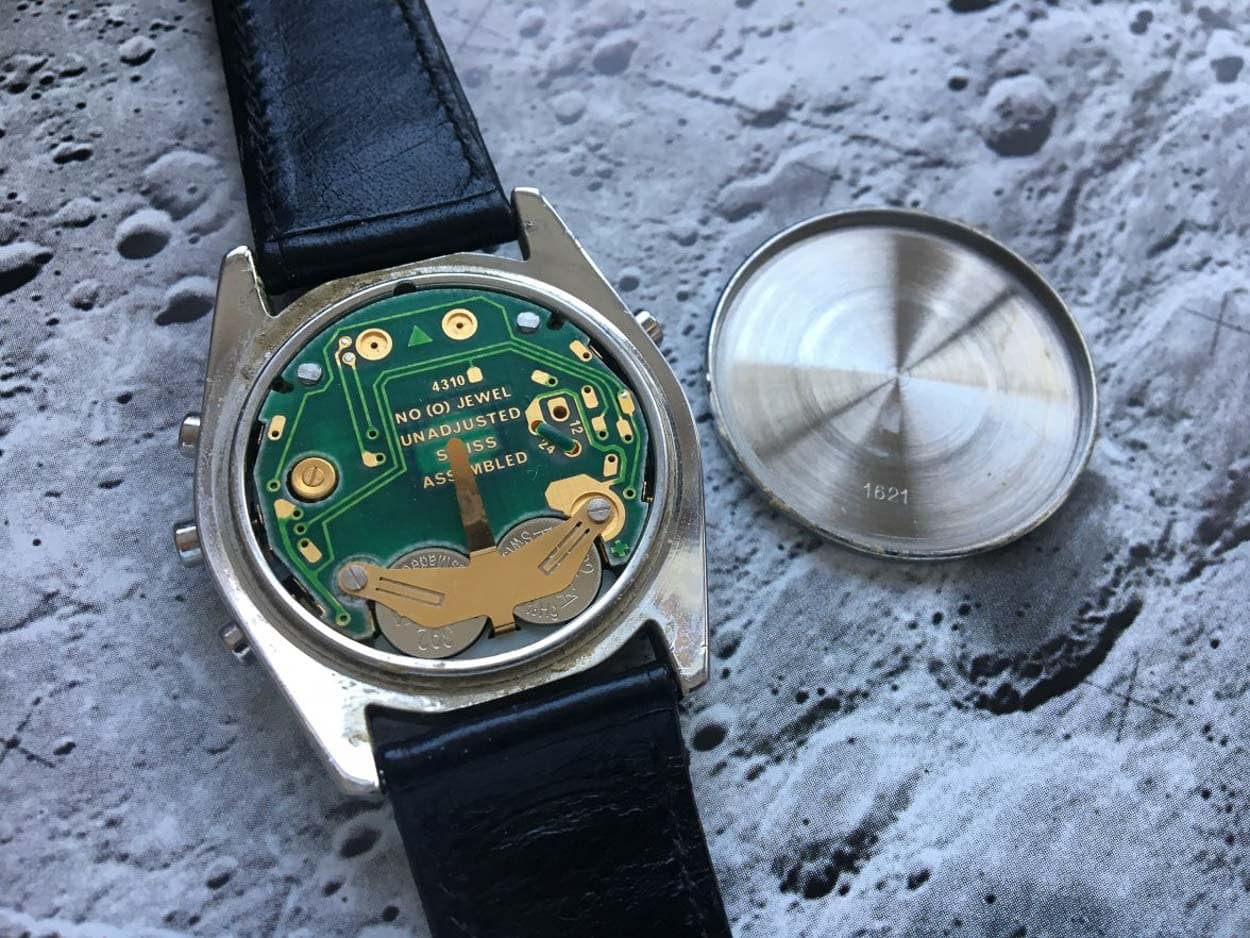 Hot Topics
Introducing: The Omega Speedmaster Super Racing With Spirate System
159 comments
Design Vs. Specs — Which Is More Important To You When Buying A Watch?
86 comments
The Time To Buy Is Now: How The Current Economic Climate Influences Watch Buying And How You Should React
51 comments
Introducing: The New Cartier Tank Française
49 comments
A Regret-Free Guide To Buying Your First Luxury Watch — Part Three: Higher-End Options From Omega, Rolex, Grand Seiko, And More
48 comments
Popular
A Question From A Reader: “Which Modern Speedmaster Is Closest To The Original Moonwatch?”
Robert-Jan Broer
14
Speedy Tuesday – Omega Speedmaster Professional 145.022 Buyer’s Guide Part 1
Robert-Jan Broer
14
Hands-On With the Seiko Prospex SRPC91K1 – Save The Ocean
Robert-Jan Broer
15