Most of you Speedmaster enthusiasts and collectors love a bit of NASA history as well. Now, you probably remember that when Omega introduced the Speedmaster “Dark Side of the Moon” (we reviewed it here) in 2013, it was referring to the Apollo 8 mission in 1968. The second human space flight by NASA and the first where a spacecraft left Earth orbit to reach for the Moon and orbit it. Astronauts Borman, Lovell and Anders were the first to see that dark side of the Moon and perhaps even more important, to witness Earthrise.

The mission took from December 21st till December 27th, so exactly 47 years ago this week. The 24th of December was one of the greatest days in manned space flight history, as the astronauts witnessed Earthrise during their Lunar orbit. If you are an Omega Speedmaster fan of the first hour, you probably know that astronaut Bill Anders’s photo of the Earth rising was used by Omega for their caliber 861 Speedmaster manuals in the 1980s and partly 1990s. 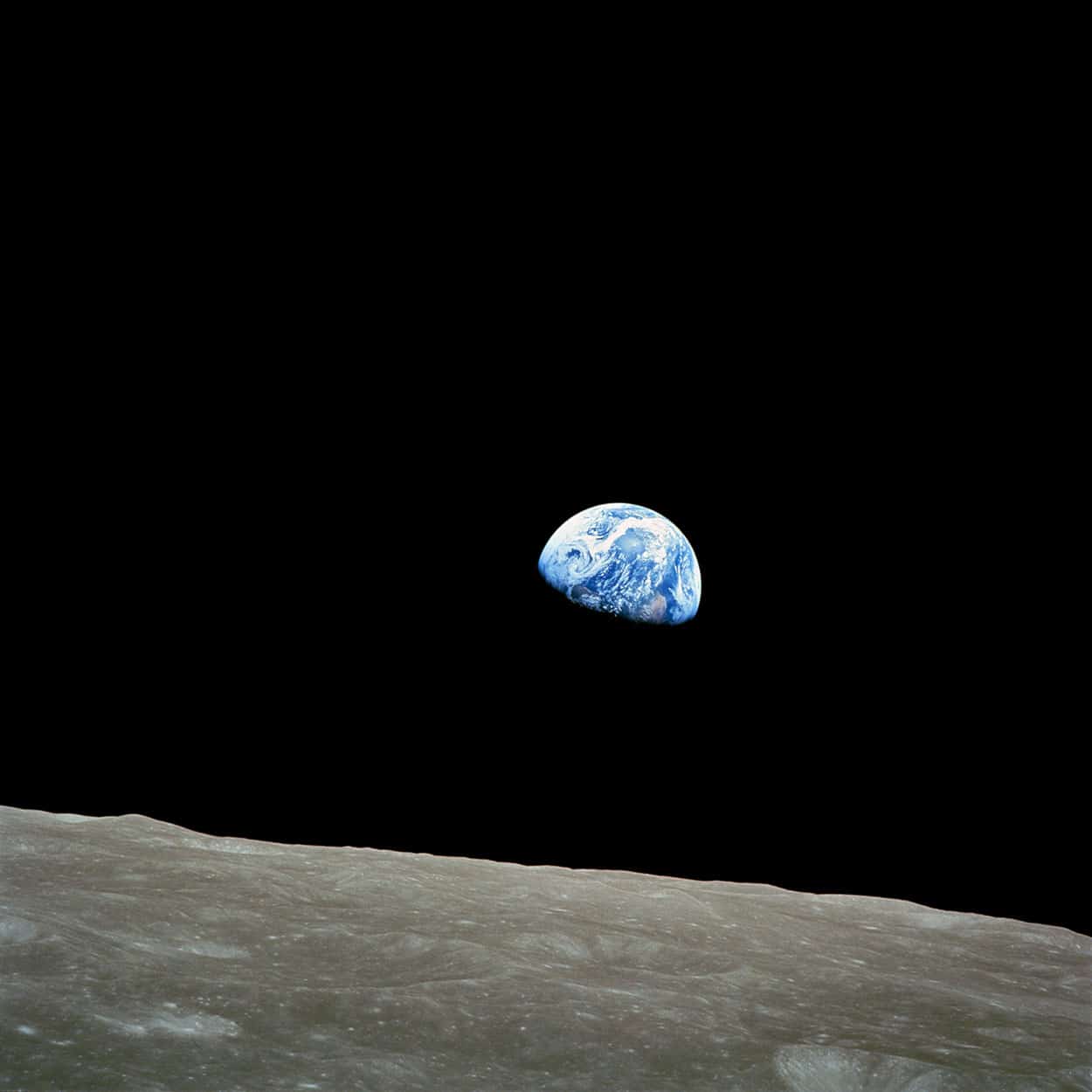 Speedmaster enthusiast TLI Guy is one of those people who loves the history of space exploration and especially the one of the Gemini and Apollo era. About 6 months ago, in June, we showed you his caseback project in which he has Omega Speedmaster casebacks signed by astronauts from Gemini and Apollo missions. The result is a collection of caseback images that tell the story about the Gemini and Apollo missions between 1965 (Gemini IV) and 1972 (last Man on the Moon). The Moonwatch casebacks have been signed by the NASA astronauts who were happy to cooperate with this project.

Since this week is so important for manned space flight history, with the Apollo 8 mission between December 21st and 27th of 1968, he shows one more caseback that marks these days in history. We already showed you the caseback signed by James Lovell (also Apollo 13 astronaut), but now there’s also this Moonwatch caseback signed by Frank Borman. 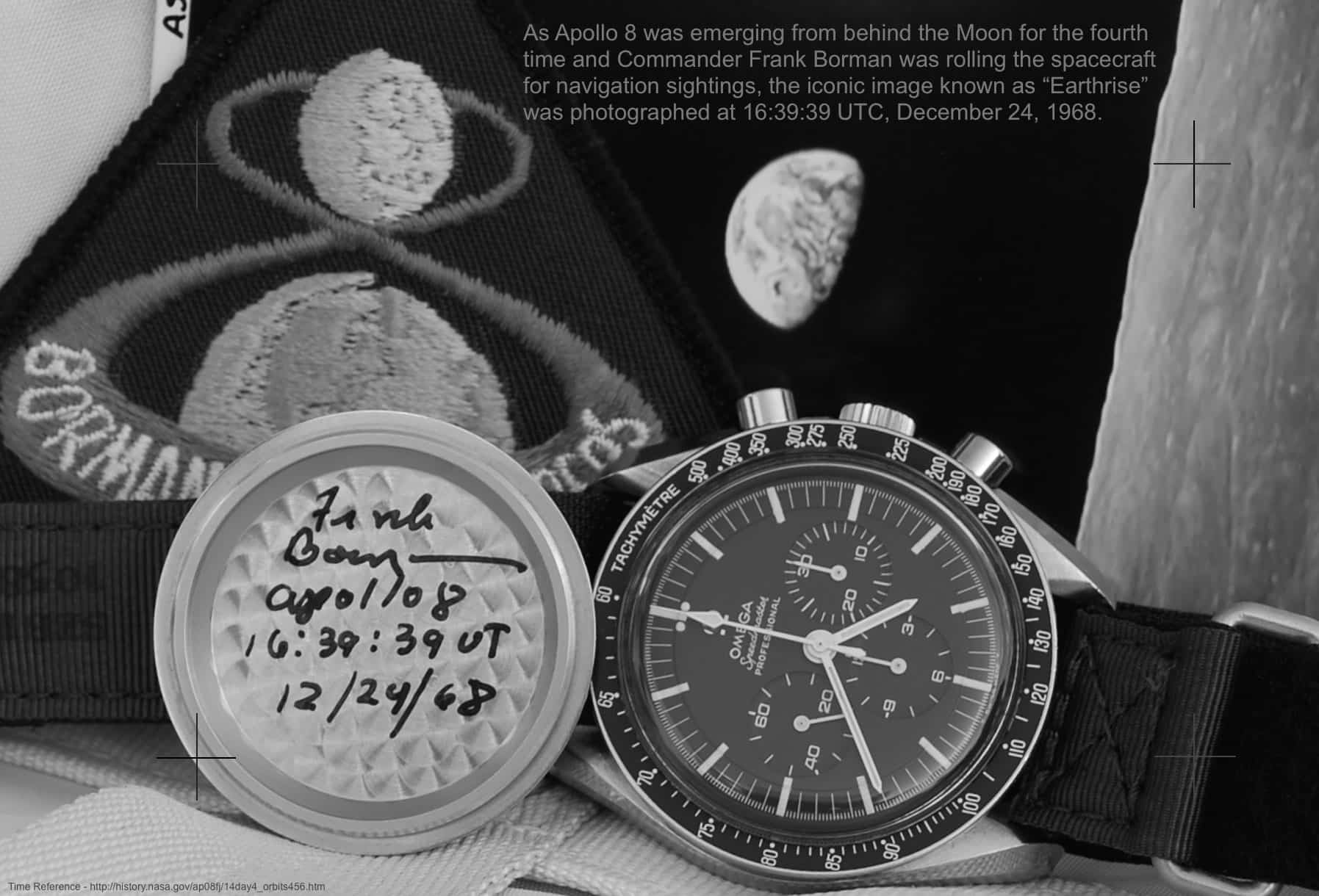 There is an interesting video published by NASA Goddard about Earthrise. The historic event can now be relived using new technology and data, from NASA’s Lunar Reconnaissance Orbiter (LRO), that combines perfect lunar maps with the original photographs that the astronauts took during Apollo 8. It allows you to see what the astronauts saw through the window of their spacecraft when orbiting the Moon, Earthrise. The video is from 2013, but if you haven’t seen it yet, make sure to click it.

We will keep following TLI Guy and his caseback project. 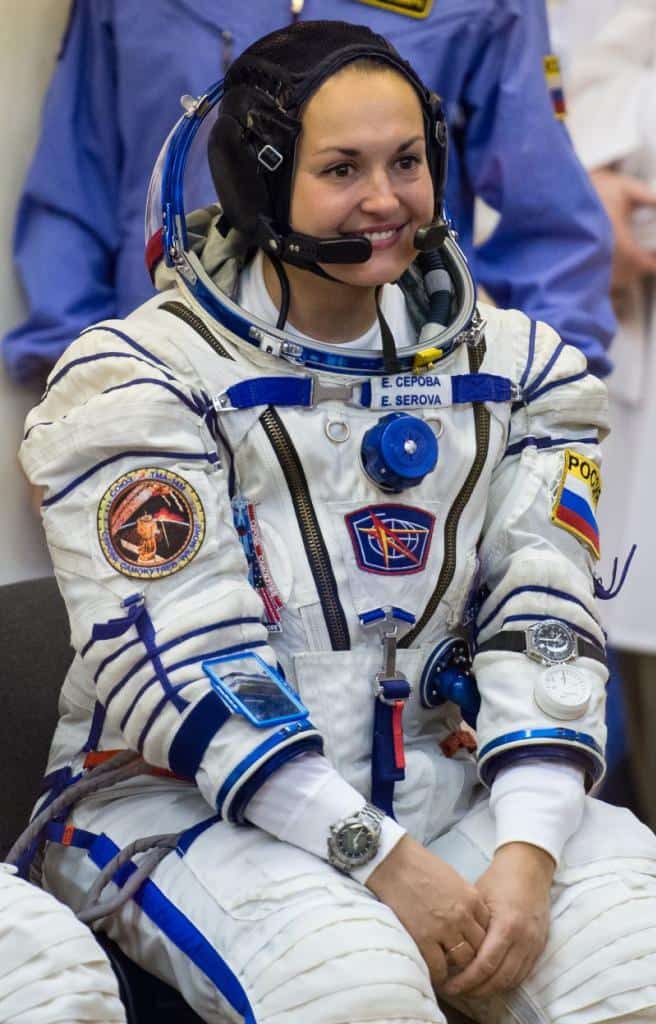