This isn’t the first time I’ve had a Sternglas Marus on my wrist. The German brand’s dive-inspired beast is a hulking monster that punches in a different category from the rest of the line. Considering the brand is best known for its Bauhaus-inspired minimalism, the Marus is surely an odd duck. With proportions that suggest a tool watch, but an unlumed bezel, it confused many upon its release. However, while this watch presents as a dive watch, it is something else entirely. This is a reference point. An homage to a genre. And now, for the first time, it is available in a new flavor — Pepsi!

The Marus Sport “Basalt Gray” differs from the regular Marus line in color alone. Its specs, therefore, remain unchanged. We’re dealing with the largest 42mm case in the industry. That diameter is bloated beyond belief by a 14mm thickness, a 53.8mm lug-to-lug, and a blockish, unforgiving lug shape that looks ready for a fight. 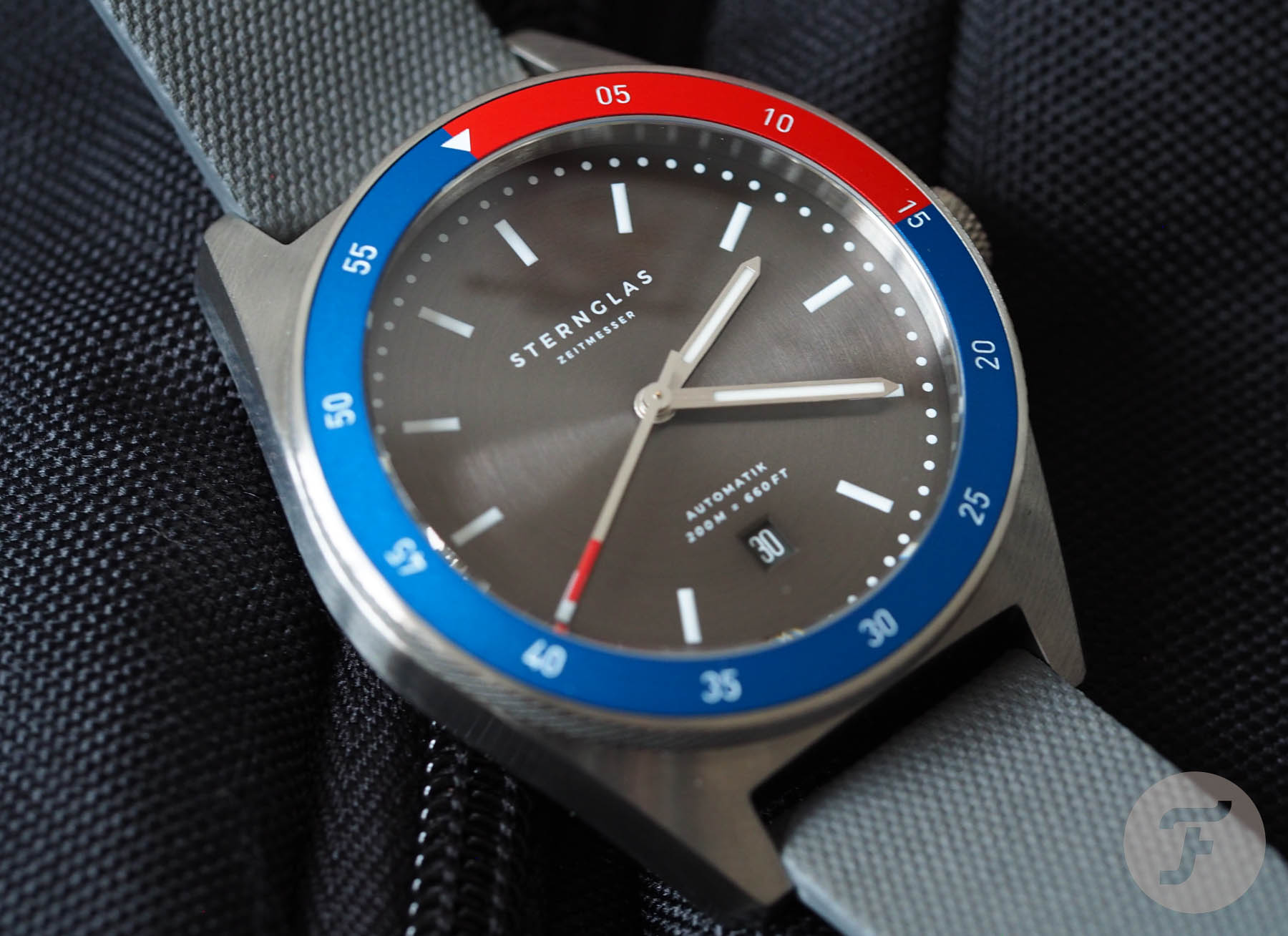 The last time I reviewed models in this collection, I had them side-by-side with the almost “lugless” Hamburg models. To suggest the two were the same diameter seemed madness. Worse, it seemed idiotic. But the calipers do not lie. The Marus packs about as much presence into these dimensions as I’ve seen. If you know your wrist can handle a 42mm × 53.8mm case and you want to make a statement, it was always a good choice. Now, with the bright blue and red bezel, it’s an even better one. 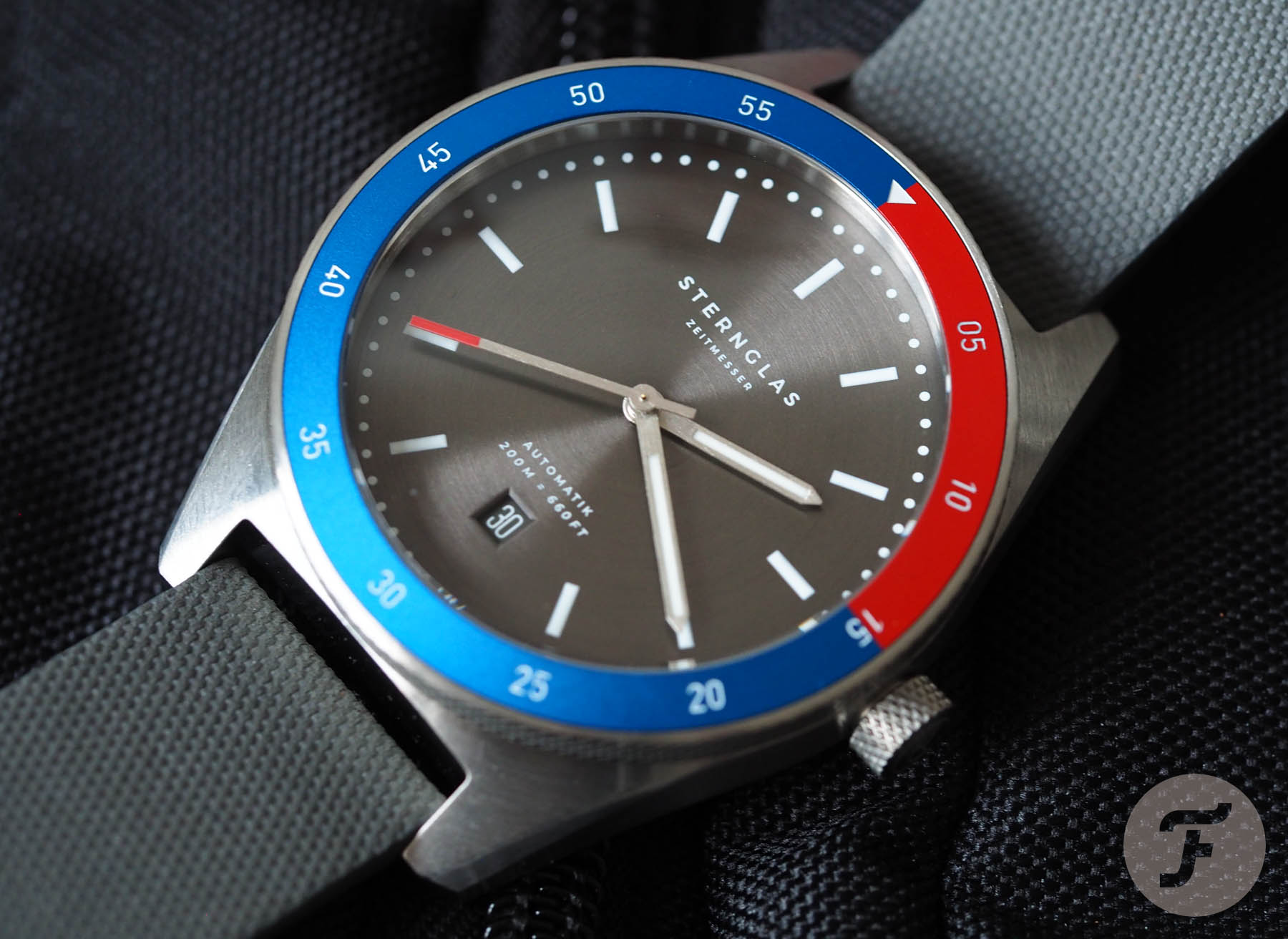 Bright is the word. While the modern Rolex Pepsi is famous for its more muted red and its purplish-blue, and its close corollary the Tudor Black Bay GMT is respected for its much duller colorway, the Marus turns up the vibrancy several notches. This is the most eye-popping combination of blue and red I’ve seen since Superman first donned his underpants over his tights. 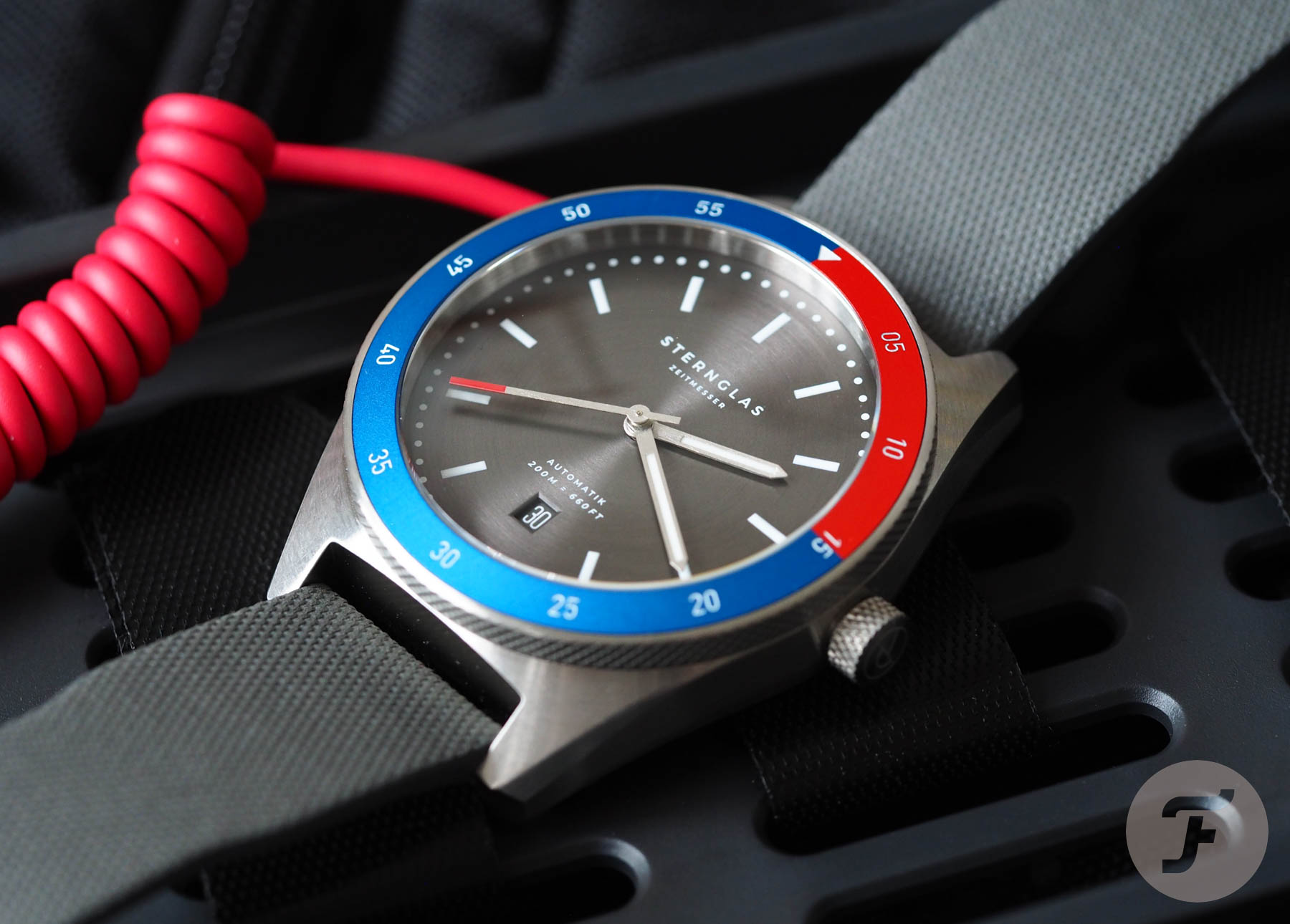 The red is continued onto the tip of the seconds hand. That’s a first for the Marus line. In the original models (that featured a black dial and a moss-green radially grained dial), the seconds hand was plain. In fact, it was plain and too short for my liking, which made it stick out and the rest of the watch look even bigger as a result. Here, the red tip does improve the overall connectedness of the design, but that hand is still way too short for my liking. I’d much prefer it to touch the seconds track, which is picked out by a ring of dot markers. 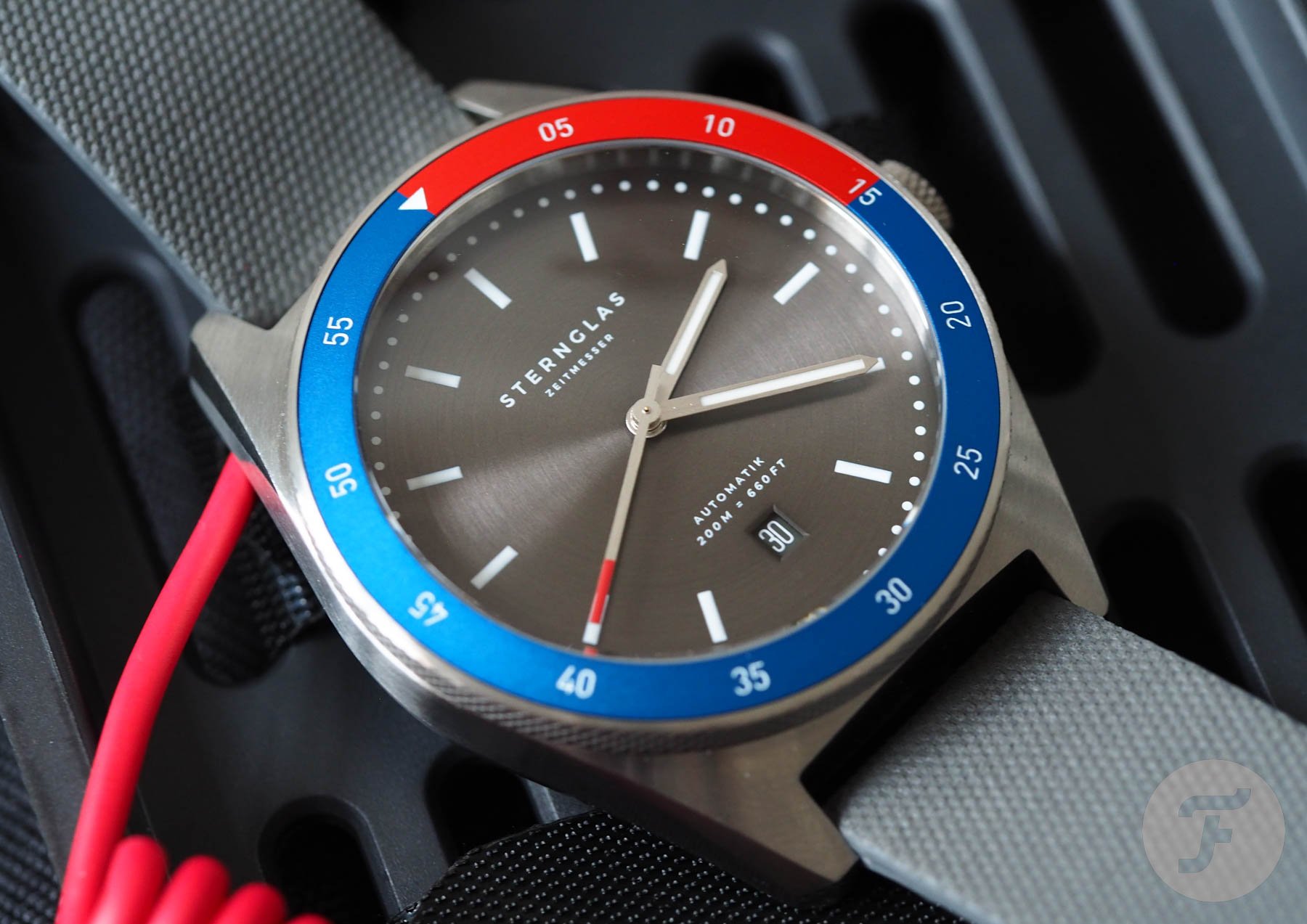 The circular graining of the moss-green model returns. Here, the anthracite dial is the beneficiary. This dial really is anthracite, too. It has a lot more brown in it than you’d first expect. From some angles and in some lights (as I’ve tried to show with the images), it appears totally black. From others, it almost becomes a warm silver! It really is unusual and chameleonic. 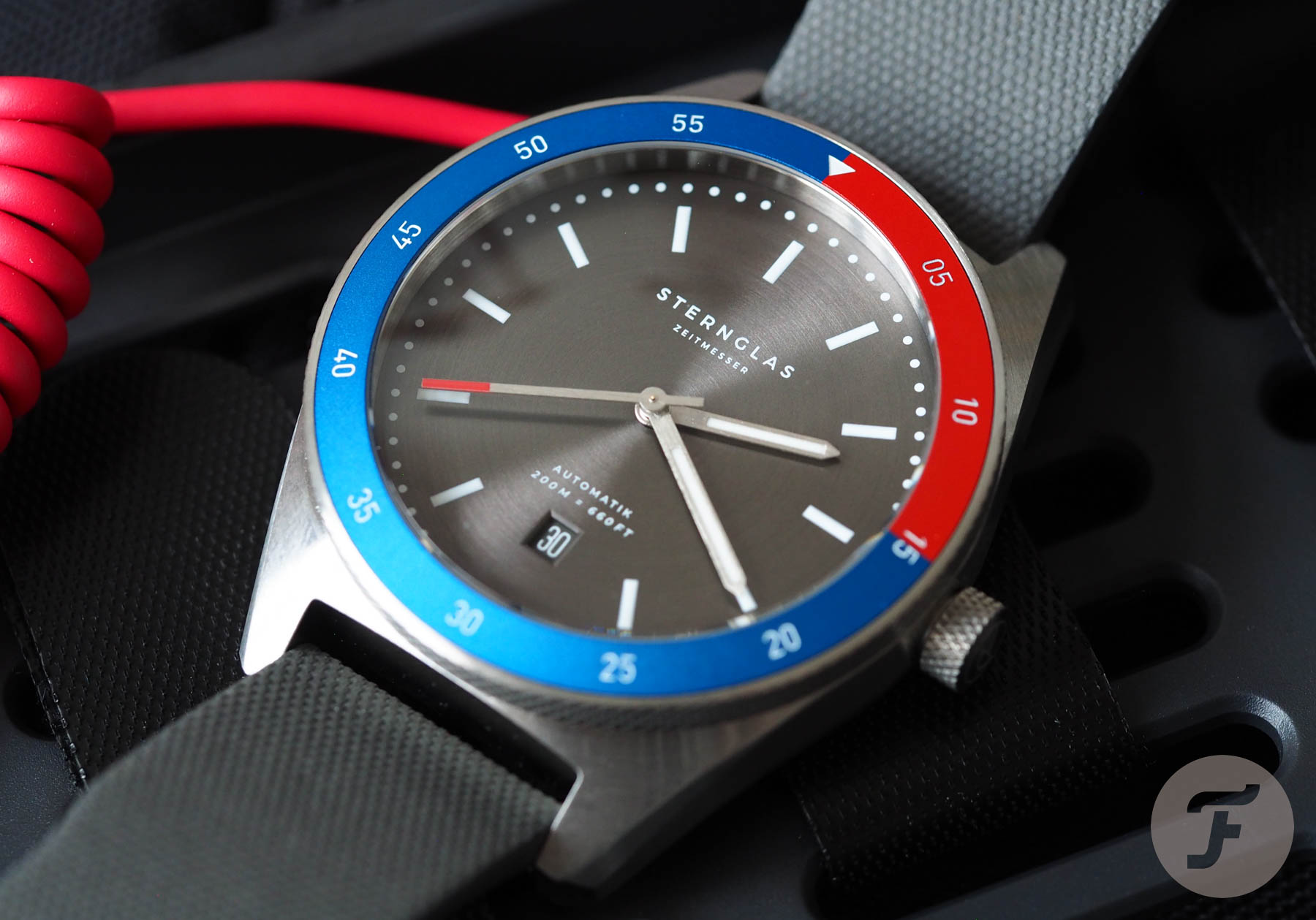 However, for that reason exactly, the Marus once again distances itself from the regular tool watch tropes you’d expect. Whether that’s for better or worse is for each individual to decide. What is clear, though, is that by doing so, it becomes very much its own character. Personally, I prefer tool/dive-inspired watches to be, quite simply, tool and/or dive watches themselves. 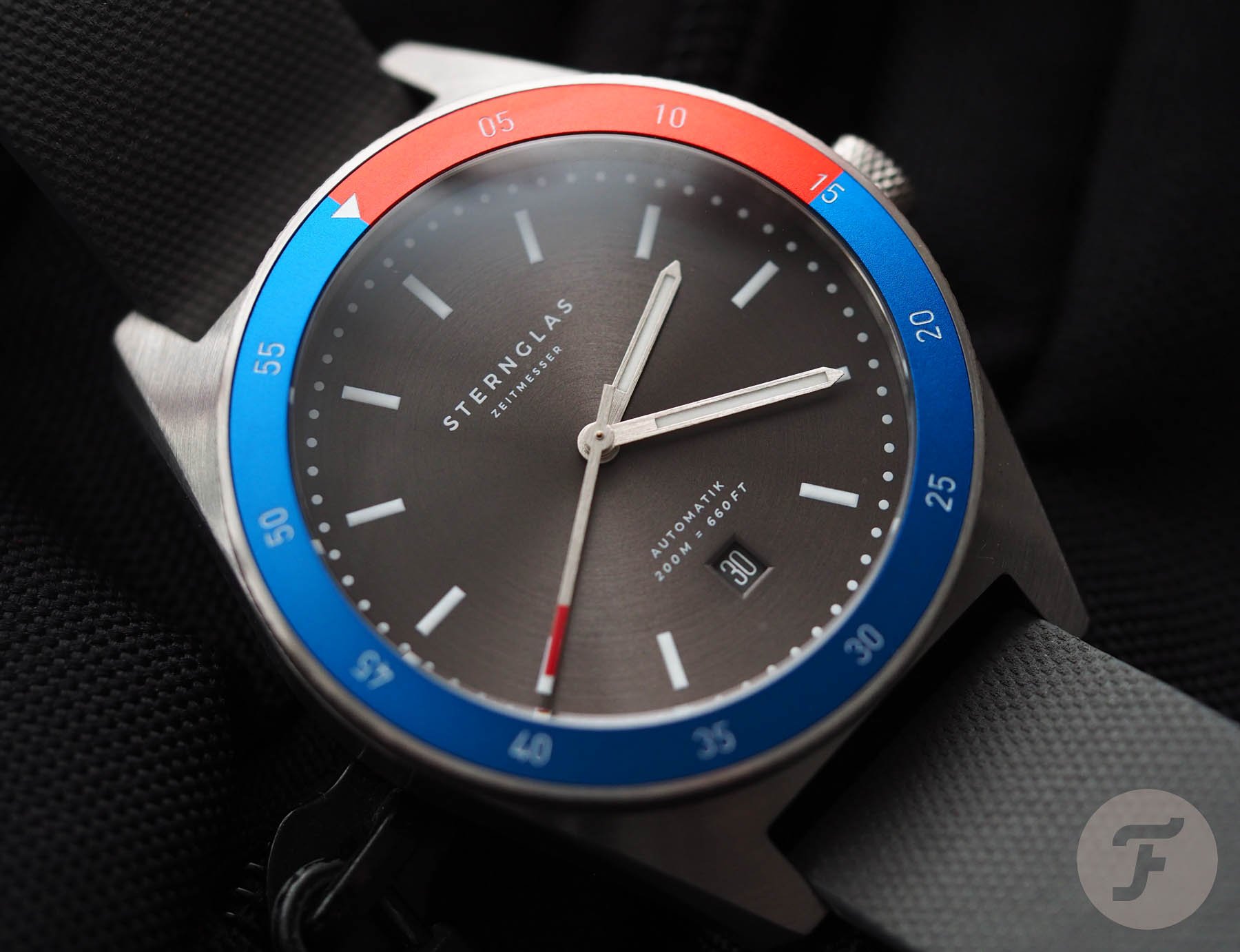 Notice how the dial looks so much darker all of a sudden?

I feel the same way about this watch as I did about the NOMOS Glashütte Ahoi when that was first released: I like the watch but I don’t love the concept. I think I understand what the brands were trying to subvert with these releases (to take popular design codes and dress them up a bit so you end up with a tough-as-old-boots beater that also looks decent with a suit), but I just don’t need that kind of intentionally “Go Anywhere, Do Anything” (GADA) watch in my life. 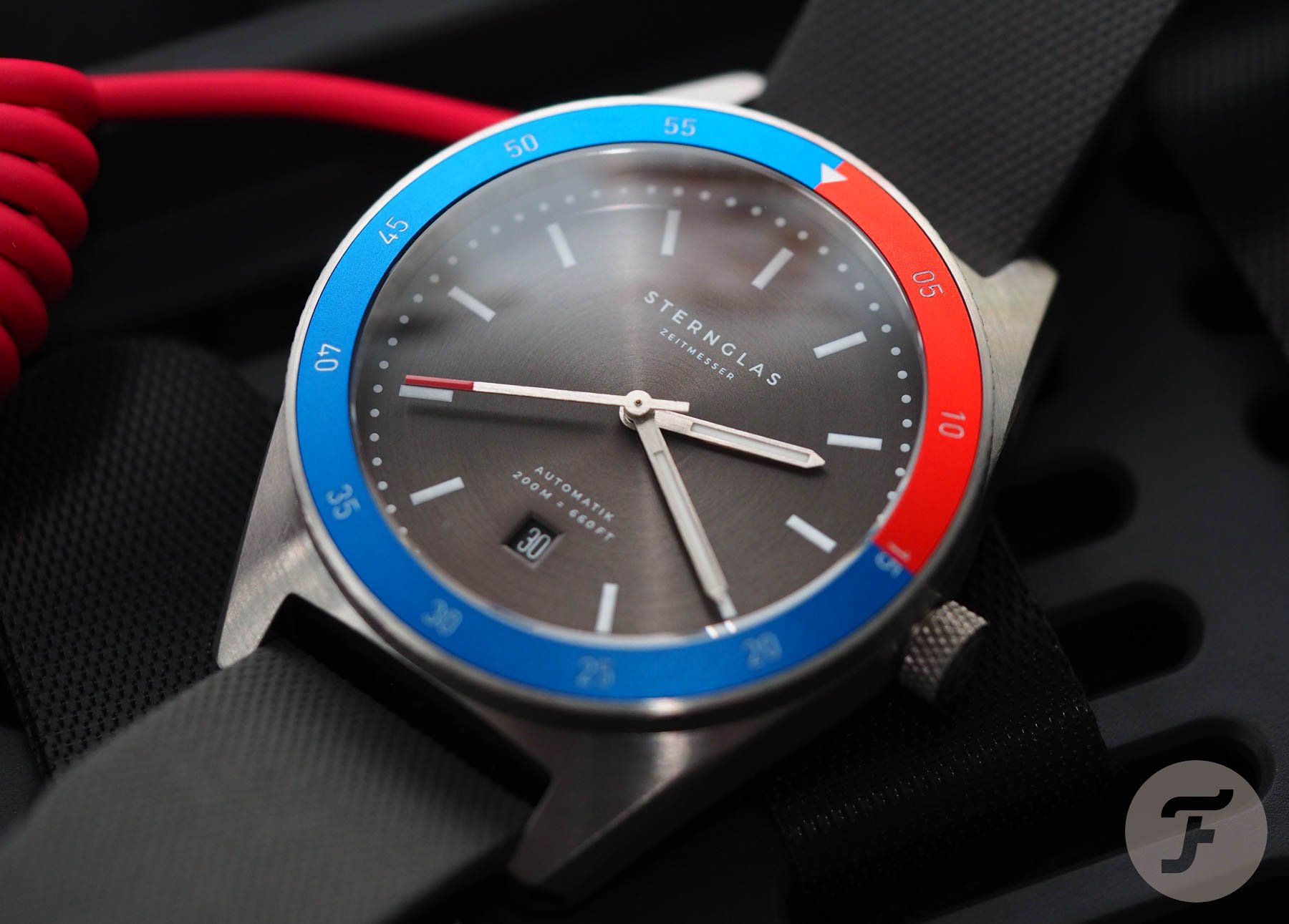 In fact, as much time as I have for the object, for an old hack like me who has too many watches in his collection all capable of performing their intended functions expertly, having a watch that tries to do everything in this way is actually a drawback. For me, it is more of a Go NOwhere, Do NOthing kind of proposition, because, if I’m being honest, I have plenty of good dive watches and plenty of smarter watches so I simply don’t need a hybrid. That said, I am not everyone (and you can all be thankful for that!). 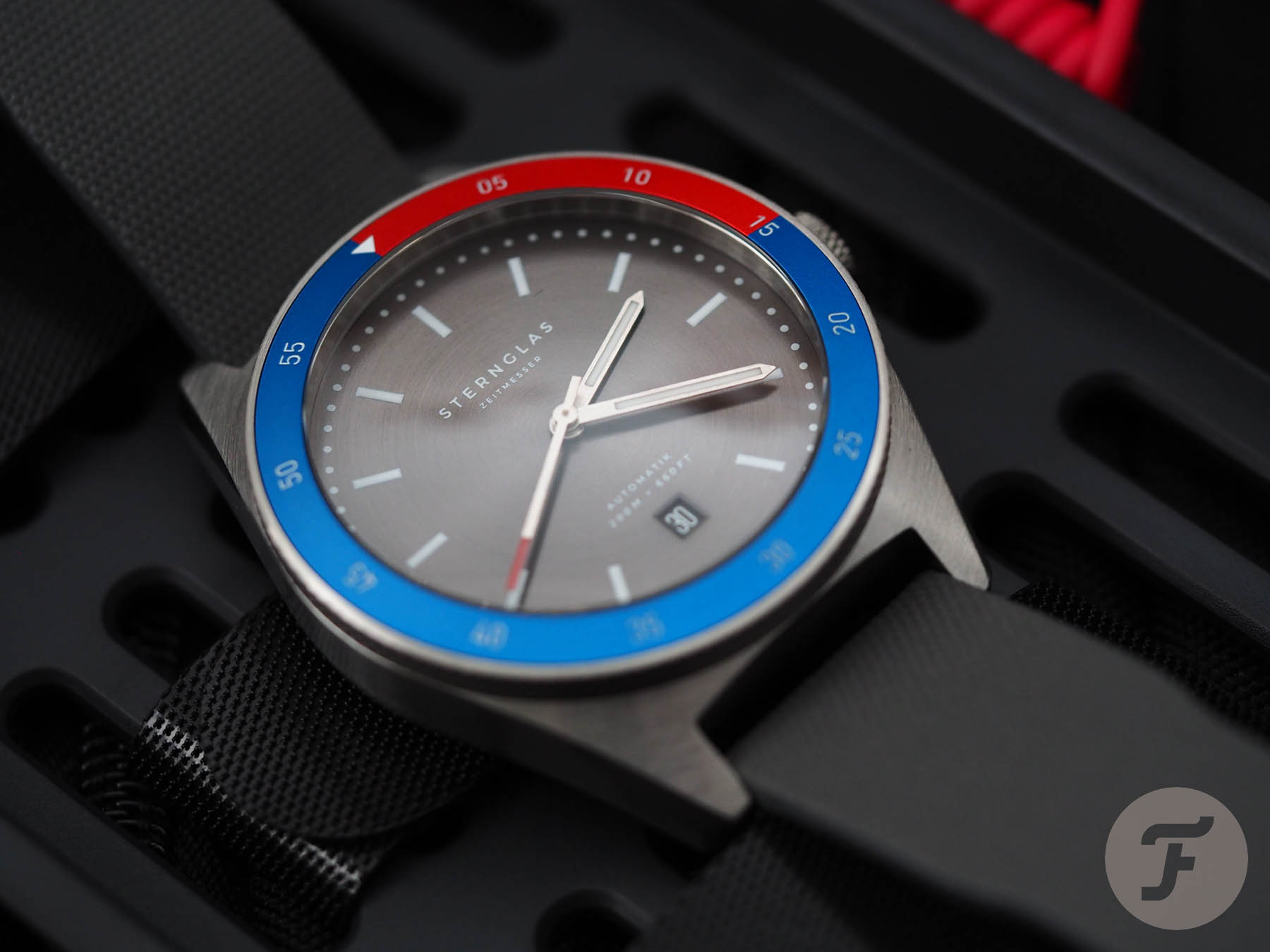 Back to the beginning

I say this regularly when it comes to Sternglas: the brand’s entry-level pieces are not for mature watch collectors. They are, however, excellent starting points for a collection. This watch is not only no different from those that have gone before it in this regard, but it may also well be the best of type. Find me a 14-year old soon-to-be fully-fledged watch lover that wouldn’t adore this kind of watch. It’s bright, joyous, practically indestructible, doubles up as a weapon with which to see off any playground bullies, has a mechanical movement (which would make any young horophile weak at the knees, I’m sure), and costs under €400.

…fun, affordable, and perfect for someone at some point in their collecting career.

I’m not going to sit here and pretend that because I like the people at Sternglas that the Marus Sport is the best diver in its class. It isn’t. It isn’t even at Dive School. But it is fun, affordable, and perfect for someone at some point in their collecting career. For €399 you get a Japanese-made automatic movement (the Miyota 8215), with a 42-hour power reserve, housed in a 96g stainless steel case, topped with a sapphire crystal and water-resistant to 200m. To learn more about the Marus Sport and the rest of the Sternglas line, visit the brand’s official website here.