Stowa’s Sustainability: The Democratization Of Repair

Stowa is the sort of brand that has been around for a while but remains conservatively low-key. “Conservative” may be the keyword, as the description applies to the brand’s design, execution, pricing, and marketing (or lack thereof). Stowa is a German company that makes watches, full stop. For those chasing the hype high, Stowa may forever remain off the radar. But the brand is radical in its own low-key way. Stowa has committed to full transparency and post-sale access to parts and repair, perhaps a first in the industry. Where many other companies are going digital with exclusive NFTs, Stowa digitally marches in the opposite direction towards “open source”. Stowa, in a sense, is embodying the pure, original nature of what many hoped the internet and technological revolution would be — democratic.

I’m not at Watches & Wonders with the rest of the gang this week. Neither is Stowa. That suits me fine. While I do occasionally fall victim to the seductive allure of a new watch release, my heart is with the understated, tried-and-true, quiet champions of the industry. Stowa is one such champion, taking a backseat to the limelight, quietly continuing to produce good watches at great prices. The brand’s watches across its entire catalog are simple and refined affairs, though there is ample room for customization. That customization is a telling window into how Stowa thinks a watch should be. Because where some watch companies might stop at engraving a case back for a customer, Stowa goes as far as to custom engrave gears on its watches’ movements. As far as Stowa is concerned, no part of a watch is sacred. Rather, the entire watch belongs fully to the customer. 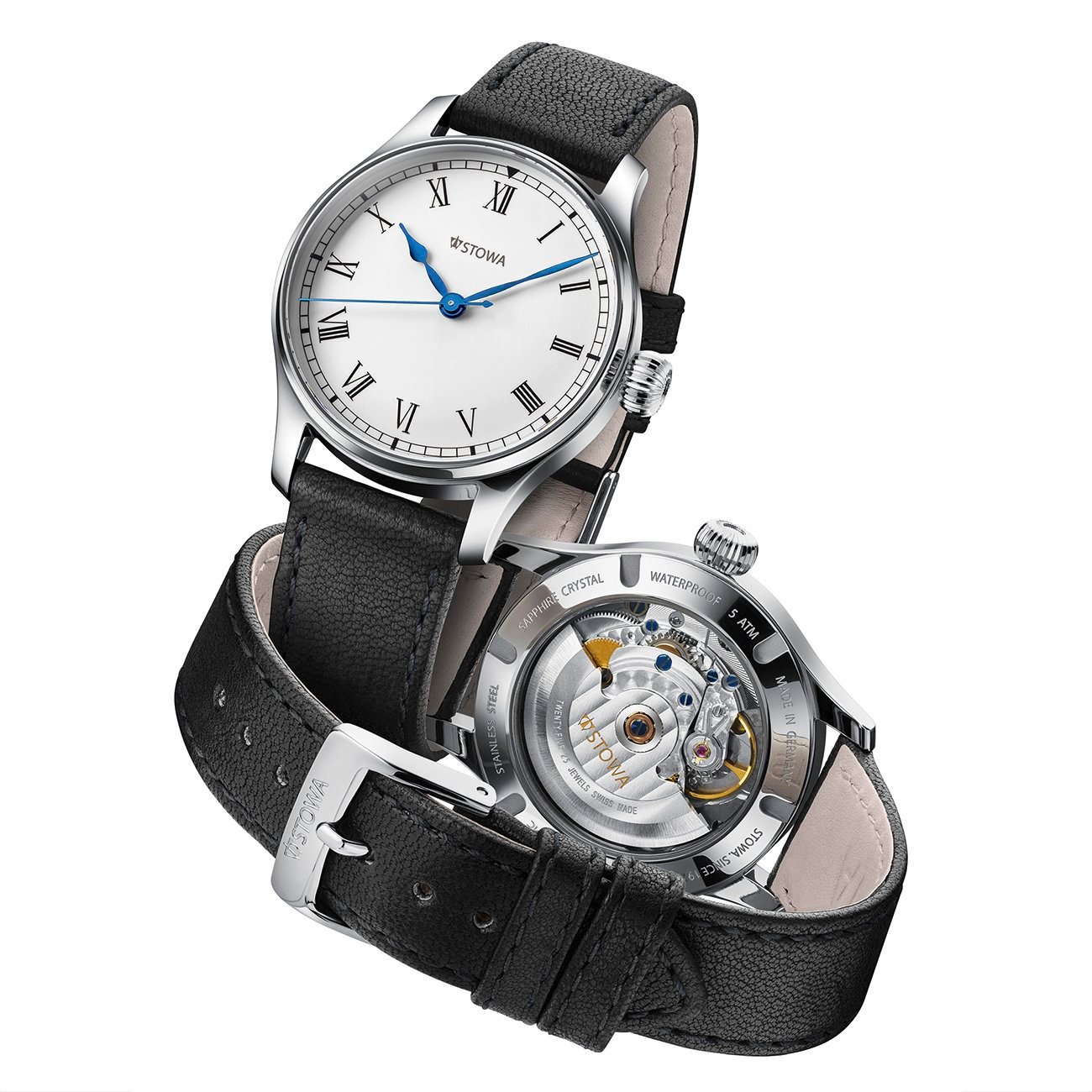 Stowa’s unique commitment to sustainability and the customer

Stowa describes its DNA as being comprised of “openness, transparency, and authenticity”. These are noble aspirations for any entity and not the typical content of a mission statement for a watch company. I typically expect catchy word-vomit depicting some ephemeral quality of eternity, progress, and heritage from most watch manufacturers. Stowa’s approach is refreshingly sober. But “openness, transparency, and authenticity” carries its own aloofness if left to just lip service. Thankfully, it seems to be genuine in Stowa’s case.

Caught in the same environmental existential crisis the rest of us are in, Stowa sought to make its mechanical watches — already sustainable by nature — even more so. Stowa’s efforts, combined with its self-appointed DNA, resulted in a novel approach to service and post-sale maintenance. In an effort to reduce unnecessary costs and expending of energy and resources, Stowa has ensured that all the components that comprise its watches can either be easily attained locally (wherever local is to the watch owner) or mailed individually by Stowa. There is a substantial difference in the money and resources required in sending a watch to and from its manufacturer for repair versus receiving the few necessary components in a small envelope for local repair. By electing to trust and assist local watchmakers in repairing its watches, Stowa has passed savings on to its customers and reduced its carbon footprint. 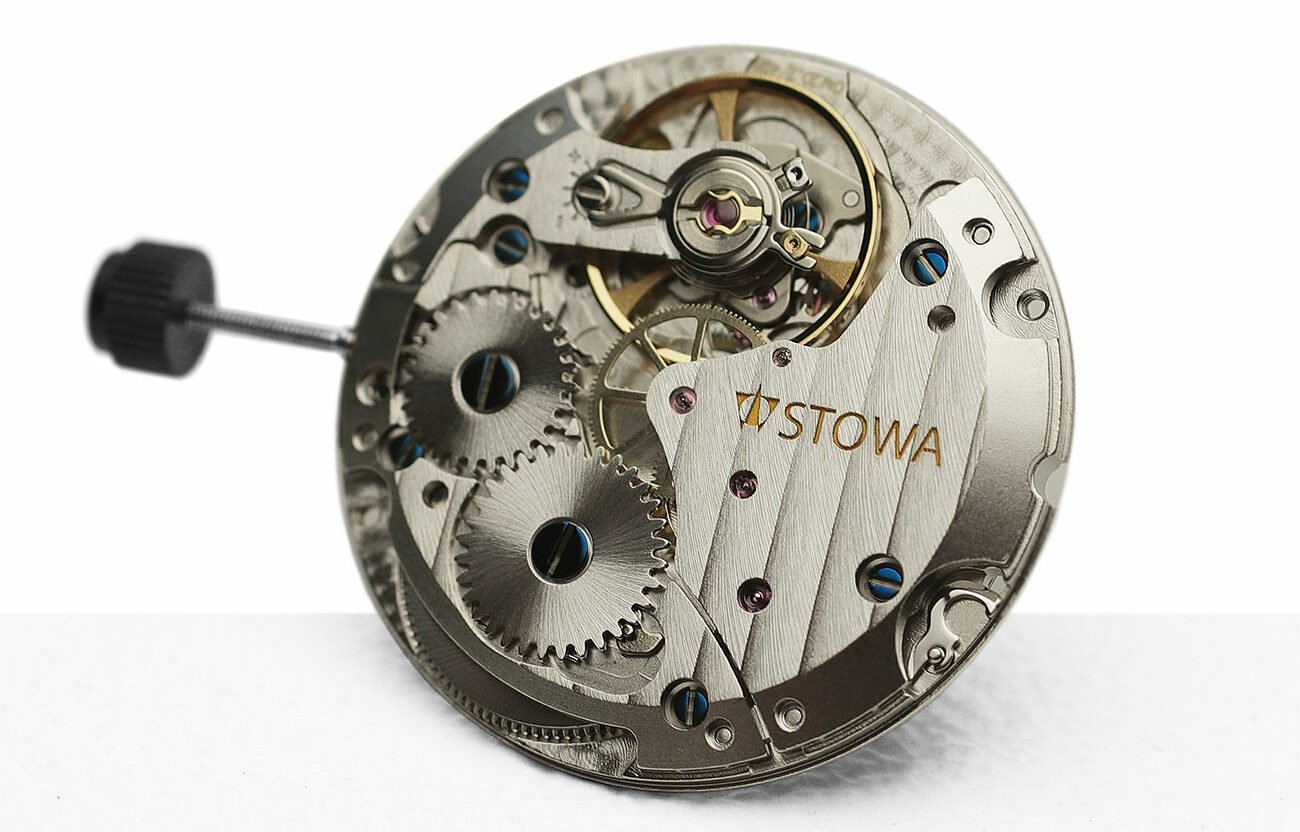 Buying a watch or a relationship?

I think most watch companies are happy enough to sell you a watch, then just as happy to charge you to send it back for periodic servicing at a premium. On one hand, it’s a necessary process — many watch manufacturers employ proprietary parts and processes that only they can provide. On the other hand, there is an element of opaqueness and control at play that directly benefits the manufacturers. Who’s to say what a fair price is for proprietary parts and services? We must either accept their terms and recognize the nature of the relationship we’re entering into when we purchase their watches, or not play the game and risk sub-par maintenance with local watchmakers.

Stowa uses standard, off-the-shelf movements in its watches. This allows the brand (and its customers) complete flexibility in after-sales service. Stowa certainly isn’t making money by providing individual components via mail order, at least not the margins in-house servicing would generate. And that’s a service that Stowa offers as well, as any reputable watch company should. But the brand makes it clear that its movements aren’t special, and neither is the process of servicing them. To me, that makes Stowa special. 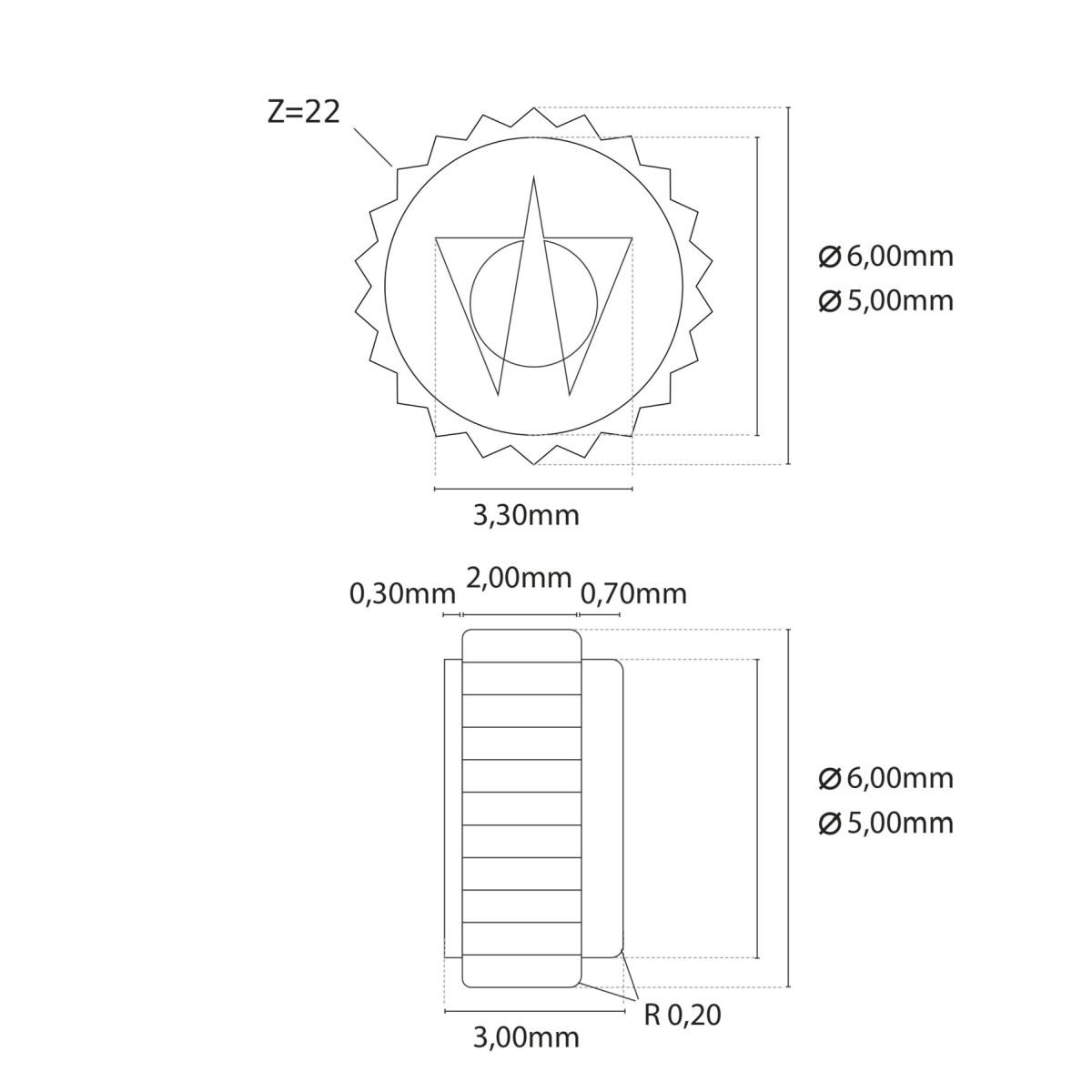 The other arm of Stowa’s commitment to sustainability (and democracy) is in its approach to information — it’s free. Stowa’s instruction manual for maintaining and repairing its watches is available to the public. Stowa has taken two watches from its catalog, the Antea 390 Dynadot and Verus, and provided case-part schematics with measurements so that, in theory, these components could be fabricated anywhere by anyone. This is the antithesis of the fiercely-guarded, copyrighted information we’ve become so accustomed to with the companies that make the products we use. There are lawyers dedicated solely to copyright infringement, and now Stowa is saying, “Here, you try making it.” In an information-based economy, making information free is a radical move.

This part of Stowa’s sustainable servicing is still in its infancy. The brand only features two watches, and the designs are limited to static two-dimensional files. But it’s a start, and I see this as a foundation and model for development. In an age where many people have 3D printers in their homes, the potential for decentralized part manufacturing is limited only by technology and information. Technology is constantly improving. It’s companies like Stowa that need to continue to put in the work to develop the information. Three-dimensional schematics of each unique component is the next step for Stowa. Hopefully, it’s the next step for much of the industry as well. 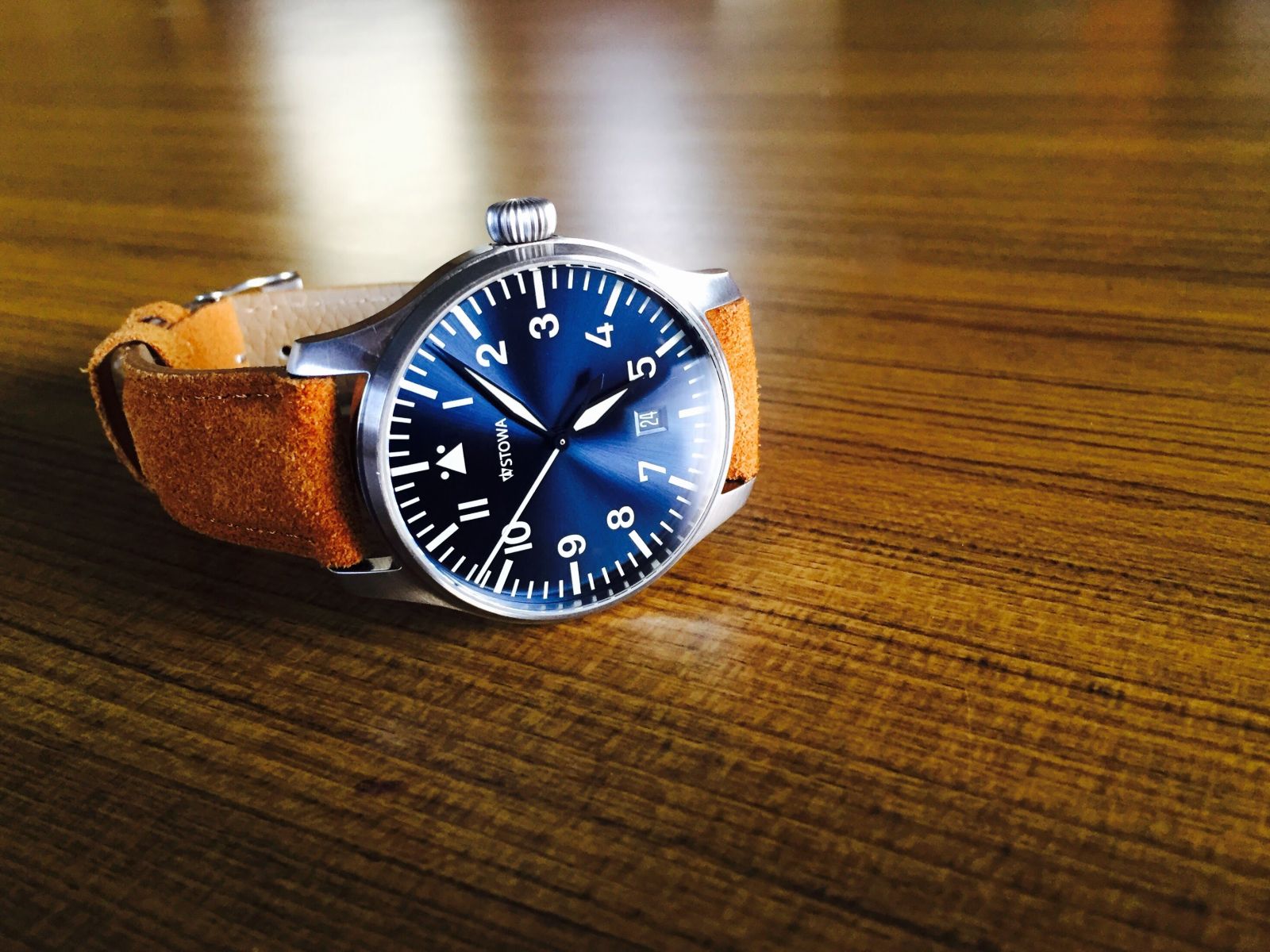 “When the ego dies, compassion prevails” — Wait, what?

Stowa thinks highly enough of itself to put its logo on the dial (most of the time), but its self-indulgence basically stops there. The brand’s watch designs are based mostly on old standards, powered by reliable yet sometimes unique workhorse movements. There’s little branding and no exclusivity — Stowa’s approach to maintenance makes that incredibly clear. It is a brand that is the embodied passion for watches first and a company second. That works out incredibly well in the customer’s favor. Stowa’s efficiency and transparency spell savings for the buyer.

And the environment wins as well. Feasibly, almost any given Stowa watch — being based on an established design — won’t go out of fashion anytime soon. Maybe that’s because they aren’t following fashion trends. Likewise, the solid specs and accessibility of maintenance make them excellent candidates for one-watch collections (is there such a thing?). Fewer watches bought over time equals less mining, less manufacturing, and less use of natural resources. Local repair means less material and fuel used in shipment. This works out well for Mother Nature. This could also work out very well for Stowa, and the brand is certainly betting it will. But it will rely on attracting customers that find the designs desirable and who are seduced by Stowa’s unique approach to transparency, access, and sustainability. 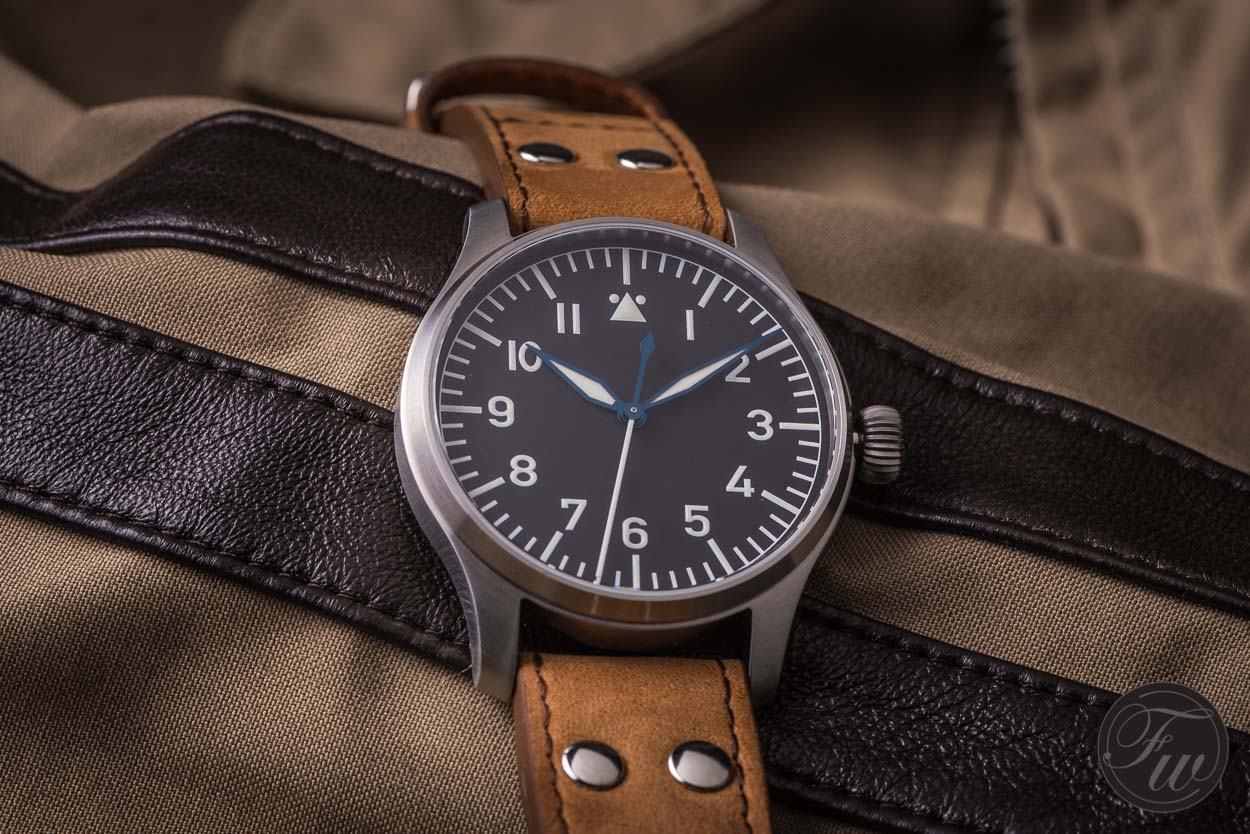 But in all of this transparency and access is perhaps a contradiction. Stowa, as a company, needs to make money. The brand has been around long enough (and I haven’t been around long enough) for me to know I can’t make any sort of judgment on Stowa’s business practices. The brand has certainly done well enough for itself thus far. But concepts like “open-source” exist easiest in utopian daydreams. And as a company based on simple, nonproprietary design, accomplishing full transparency and access to information is a balancing act that I’m not sure Stowa can pull off.

I look to the Seiko-modding culture and industry as an example. What started as some savvy enthusiasts designing and manufacturing unique parts with which to modify their Seiko watches has ballooned into an entire industry of parts and design that almost entirely side-steps Seiko itself. Using nothing but enthusiast-created parts — cases, dials, hands, crowns — one can build a “Seiko” watch. The only thing that is still Seiko is the NH35 caliber placed within.

In Stowa’s case, the brand can’t even lay claim to its movements, with all of them being off-the-shelf calibers. Looking down Stowa’s road towards transparency and access to the foreseeable end, I can’t see what would stop someone from making a “Stowa” watch with nothing actually to do with Stowa the company. If Stowa does end up making all of its designs available to the public, the brand will be giving away everything that is inherently its own. 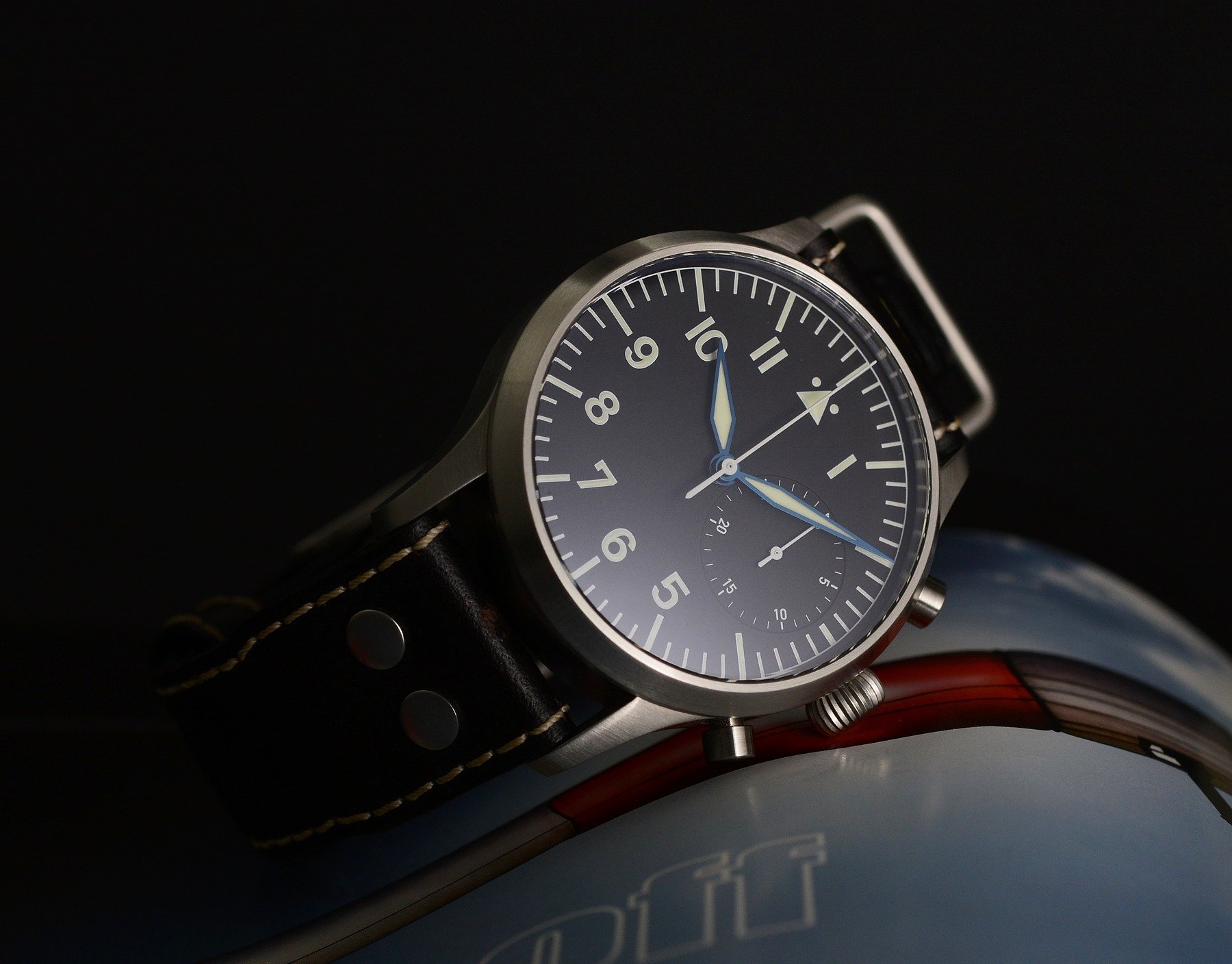 Hope for Stowa’s (and the planet’s) future

But that’s an extreme view of the future. With every modification you can imagine available for a Seiko 5 Sports watch, thousands of people are still buying them brand new from Seiko and leaving them unchanged. Building a watch from scratch without even manufacturing the parts yourself is a labor of love. One thing any watch company has over any individual “DIYer” (Do It Yourself-er) is economy of scale. Stowa will forever be better able to make a Stowa watch than anybody else.

I think the apprehension I feel towards an “open-source” model is a residual effect of the so-called “truths” that capitalism has relied on — people are inherently selfish, and business is a battle. Now, I personally haven’t seen anything yet to indicate that a giving-based economy won’t work. Maybe we haven’t been giving ourselves enough credit. Maybe it’s time that changes. The folks at Stowa certainly see something in the future of watchmaking, the environment, and people. I have to say, I’m inclined to agree with them. Either way, I’m excited to see how Stowa’s experiment plays out. Between Stowa and human selfishness, I’m putting my money on Stowa.

What are your thoughts on the matter? Do think Stowa’s sustainability model stands a chance? Let me know in the comments section. To read more information about the brand’s practices, head on over the Stowa website.

Hot Topics
Introducing: The Omega Speedmaster Super Racing With Spirate System
165 comments
New Release: The Limited-Edition Seiko Prospex SLA067J1 Diver
65 comments
My Predictions For New Omega Speedmasters In 2023
60 comments
The Best Independent/Microbrand Alternatives To The Rolex Explorer In 2023
53 comments
The Time To Buy Is Now: How The Current Economic Climate Influences Watch Buying And How You Should React
51 comments
Popular
(From The Archives) Shut Up & Read The Truth About Cartier Watches
George Cramer
21
You Asked Us: Rolex Submariner vs Omega Seamaster
Robert-Jan Broer
25
Hands-On With The Seiko SLA019J1 Marinemaster
Robert-Jan Broer
4