As you might have heard, 2020 is a special year for Grand Seiko — the brand’s 60th anniversary. For some time, a determined team in Seiko’s Suwa facility in central Japan had been working on the creation of a watch that would be as precise, durable, comfortable, and beautiful as humanly possible. The re-creation of that legendary timepiece has just launched. And it is a beauty.

The result of their efforts? A watch with a 14k gold filled case and a slim movement, whose precision met the highest international standard of the time. The level of their achievement was such that it was decided to call the watch Grand Seiko. Now, in this special year, a re-creation of the first Grand Seiko watch from 1960 has been brought to life.

In January, Grand Seiko released four new models to commemorate its 60th birthday. We covered them here and here. But recently it pointed out that there was more to come. Those commemorative models all sported attractive blue dials. But beyond that, there wasn’t a huge amount to get excited about. Not unless the renewed quartz caliber 9F85 was enough to tickle your fancy, that is. With this latest announcement, however, Grand Seiko has presented us with something truly special. For the first time in a long time, we have a new Spring Drive caliber to celebrate. And that’s not all… 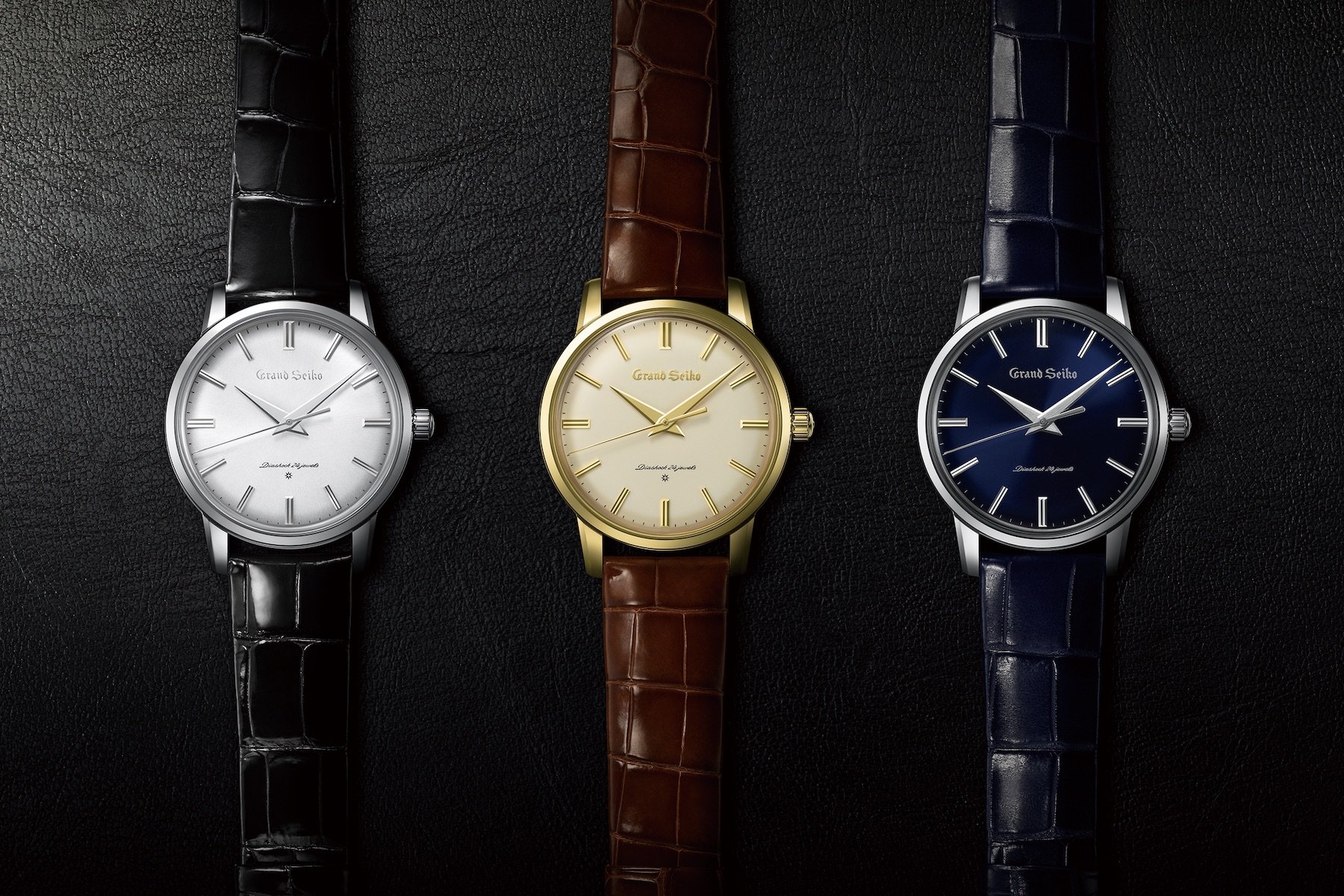 Robert-Jan just wrote about the new 9RA5 Spring-Drive caliber, as presented in the SLGA001 Diver’s 600M. And shortly we will learn that Grand Seiko, this year, presents a radically redesigned new automatic hi-beat caliber as well.

… but not the manual winding

That, in fact, only leaves the Grand Seiko manual winding caliber not being renewed. And indeed, in the three commemorative re-creations, of the first 1960 Grand Seiko model, we see the well-known, tried-and-trusted 9S64 caliber being used.

The re-creation of the first Grand Seiko is presented in three versions. The case shape and the softly curved dial and hands are entirely faithful to the 1960-original. The case back, however, is now in sapphire, revealing the beautiful finish of the movement. In line with today’s aesthetic, the case diameter has been increased slightly, from 35mm to 38mm. While the shape of the watches is the same, three different materials are used: 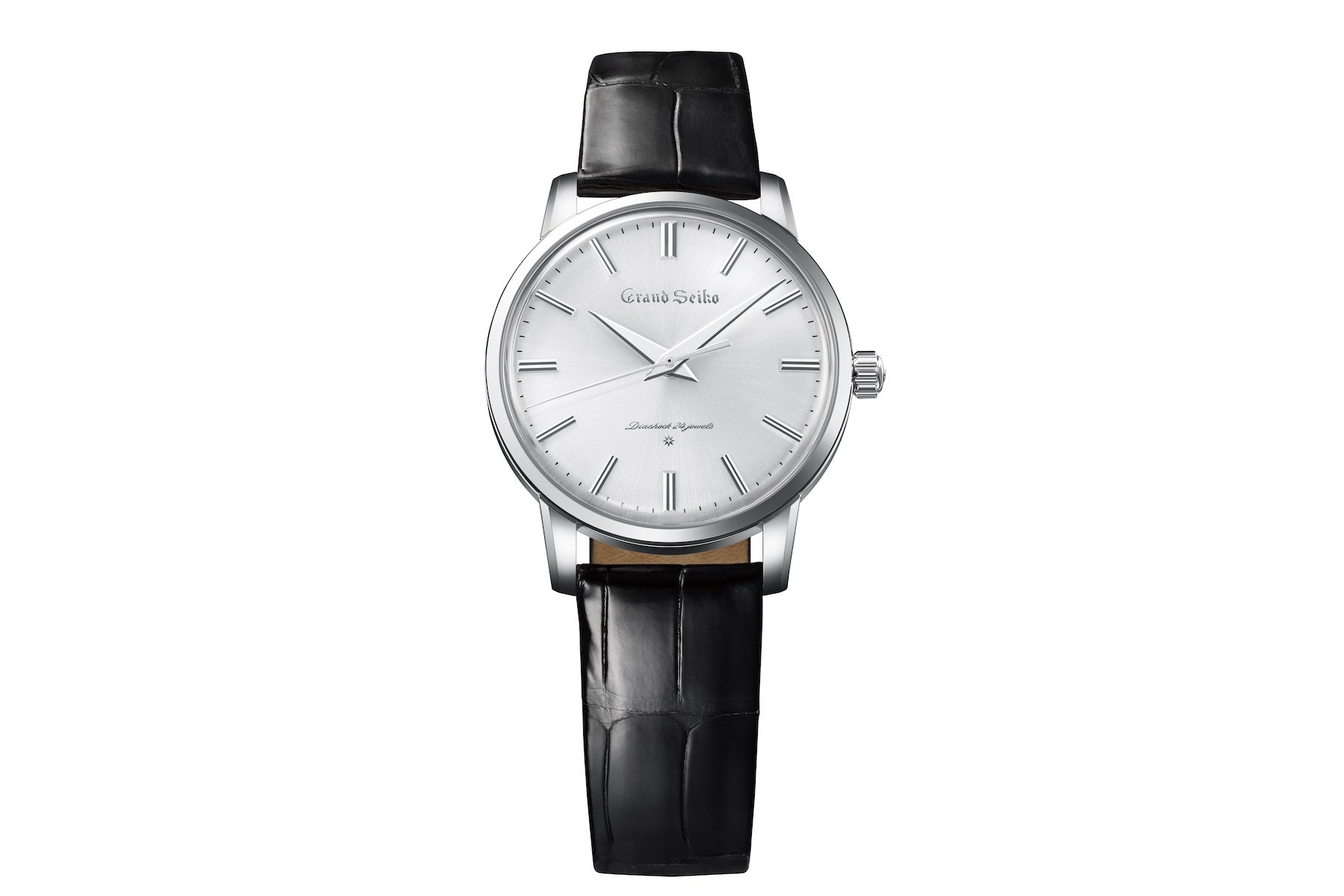 First, there’s a version (SBGW257) in Platinum 950. The dial carries a star mark that signifies that its hour markers are in 18k gold. The engraving of the Grand Seiko name on the dial is particularly sharp thanks to the fact that the dial, too, is in 18k gold. 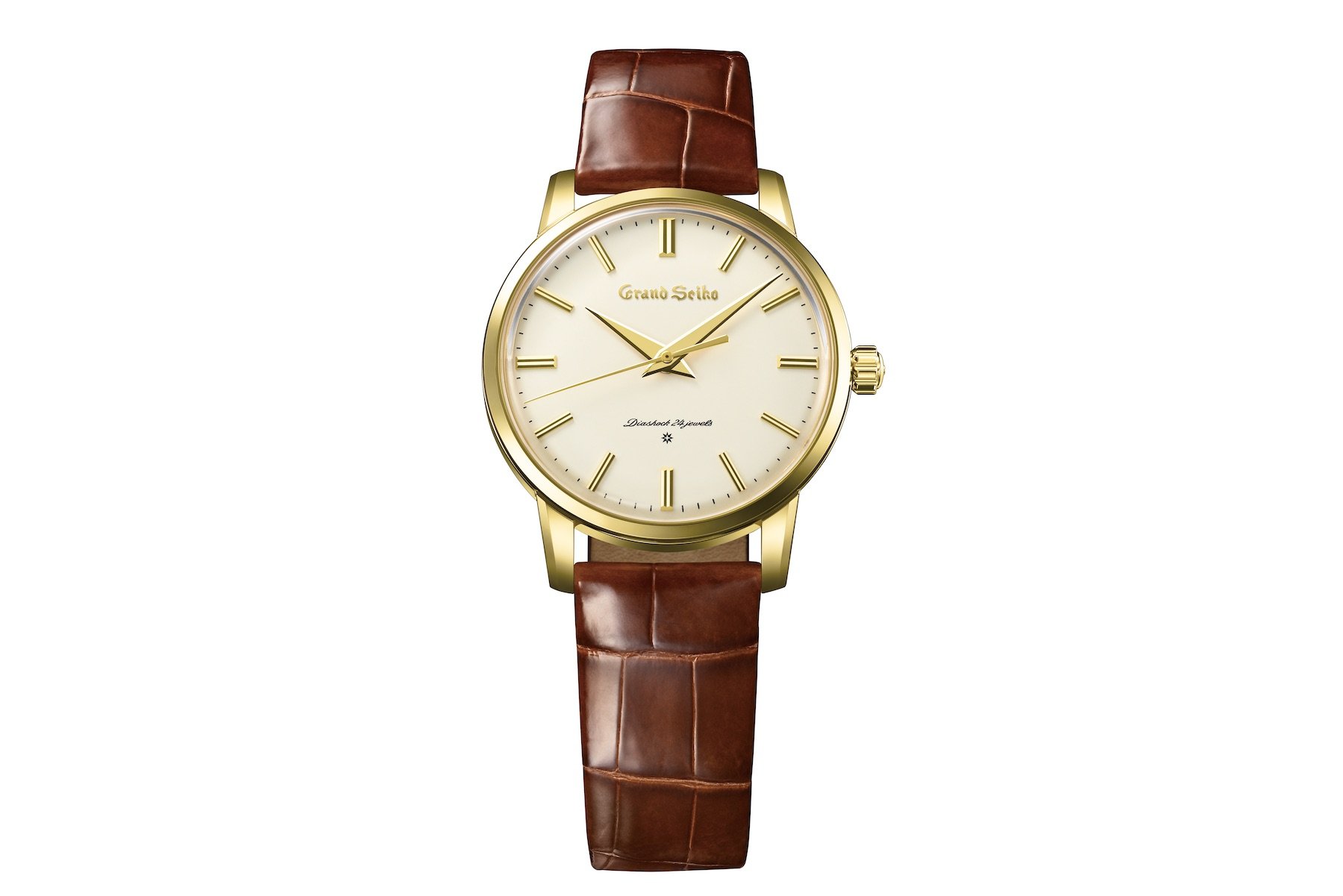 The case of the second creation (SBGW258) is in 18k yellow gold. So are its hour markers. Here as well we see a star mark indicating an 18k Gold dial, however, an embossed wordmark takes the place of the engraving seen on the platinum model. 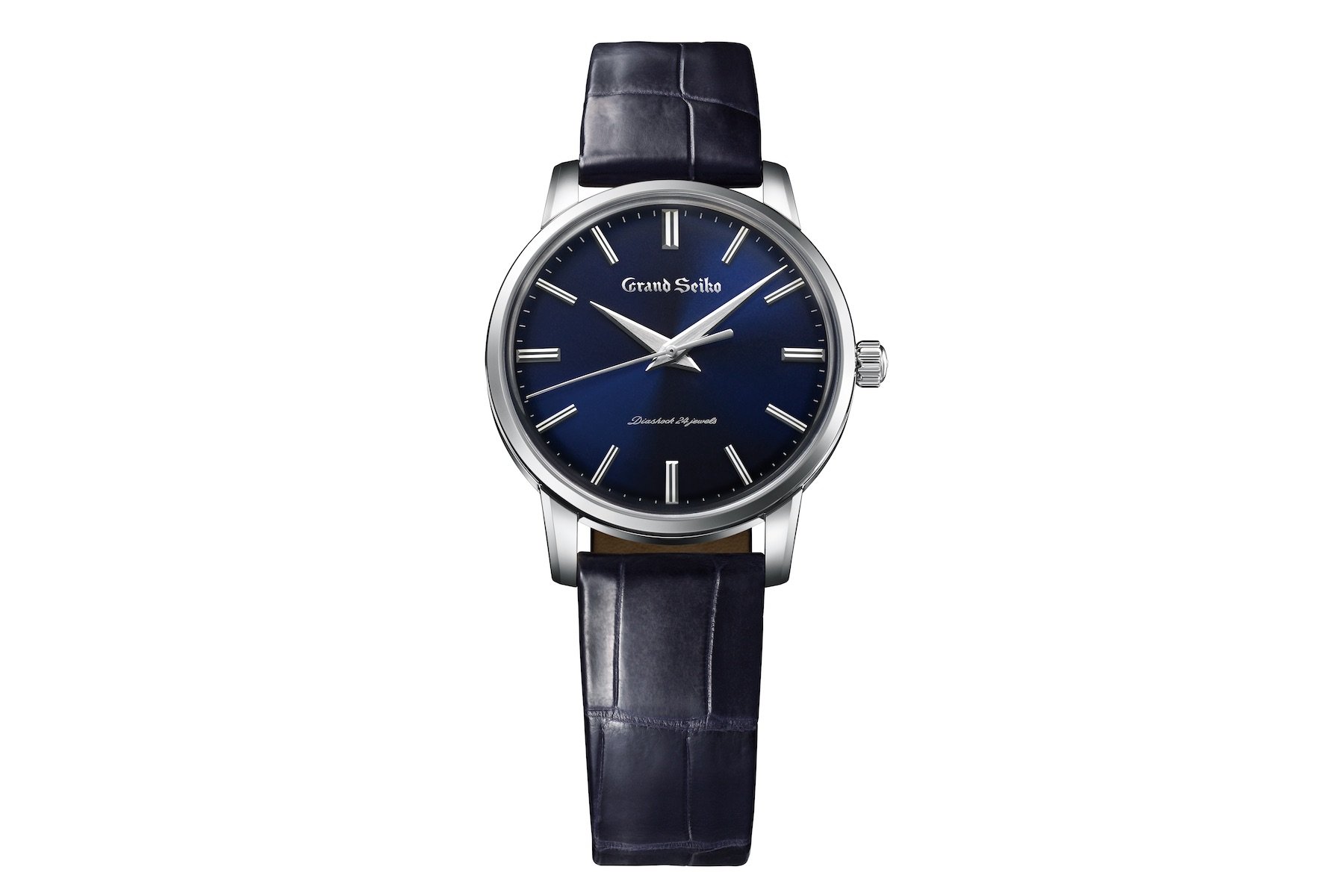 The third case is in Brilliant Hard Titanium, which is exclusive to Grand Seiko. It is as light as pure titanium but twice as hard as stainless steel and therefore highly resistant to scratches. Its color is brighter than the other forms of titanium used for Grand Seiko and allows the Zaratsu polished surfaces to stand out even more prominently. Here we don’t see a star mark, and thus — as we understand it — no solid gold dial. 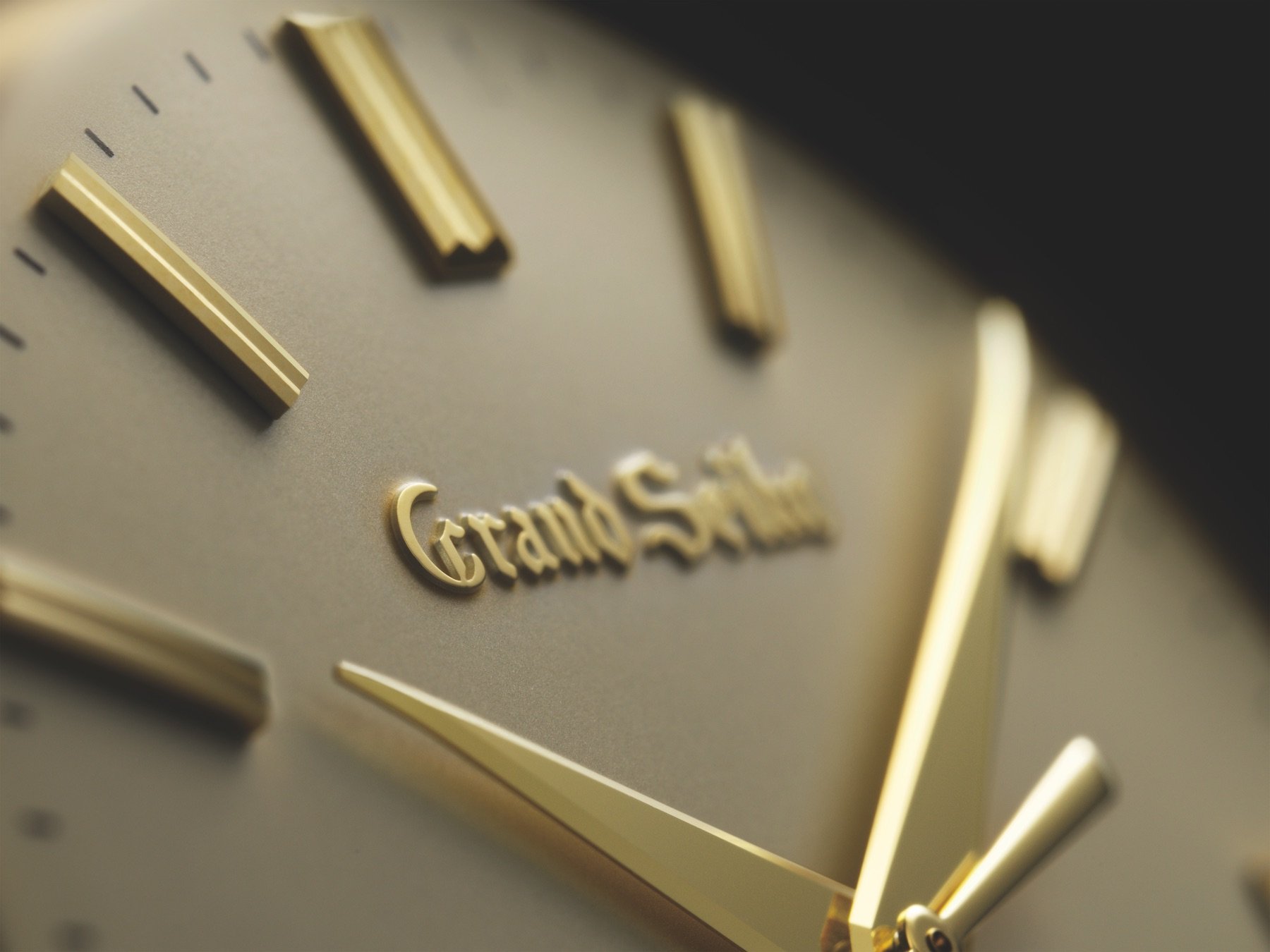 Except for the differences in material and dial colors, these watches have many similarities. All three watches show a remarkable slimness. The cases are just under 11 mm in height, which isn’t much, certainly in combination with the 38 mm diameter. All sport the same beautifully dual-curved sapphire crystal. Underneath which, the hands are carefully bent to follow the dial and crystal’s contours. Ultimately, all three versions feature crocodile straps with a three-fold clasp to make the watches easy to wear, to don, and to doff. 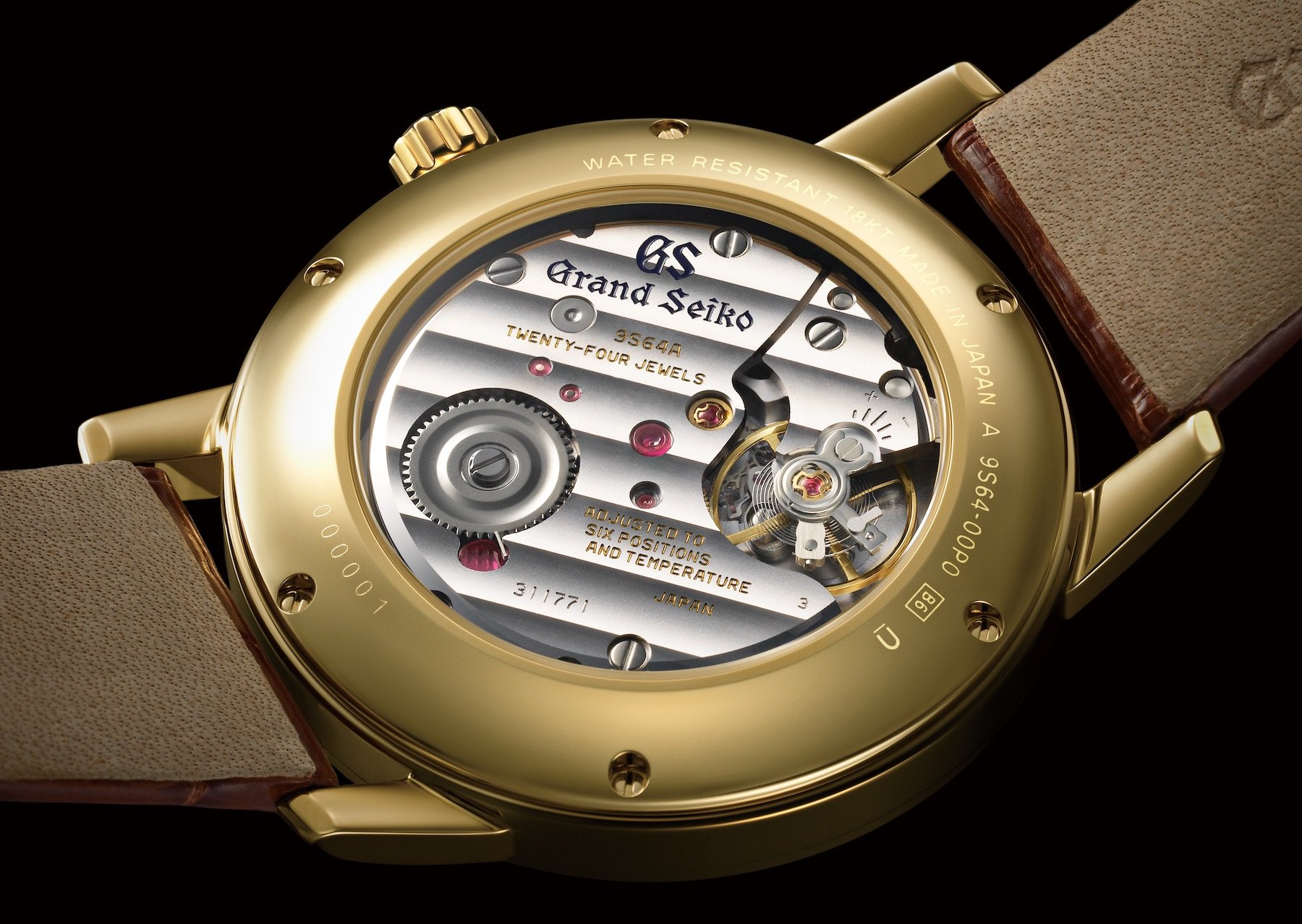 About the 9S64 caliber

Grand Seiko caliber 9S64 is a 24-jewel hand-wound mechanical movement, introduced in 2011. It delivers a 72-hour power reserve, thanks to the use of a thinner and longer mainspring made of the proprietary alloy Spron510. In addition, the balance spring is made of another, recently developed, highly shock resistant, and anti-magnetic alloy Spron610.

…the highest published standard in the industry…

The 9S64 caliber uses an escape wheel and pallet manufactured by MEMS technology. This contributes to reliable and precise performance. Its timekeeping precision is -3 to +5 seconds per day. An accuracy that is confirmed in every case by a rigorous set of tests over the course of 17 days. These calibers are tested under various conditions including six different positions and three different temperatures. Throughout these trials, its daily variations must fit within the strict tolerance rates. Grand Seiko is said to have the highest published standard in the industry here.

A feature not often mentioned is a rather unique over-winding protection of the 9S64 — extra assurance, which is only briefly mentioned in the operation manual (page 29). 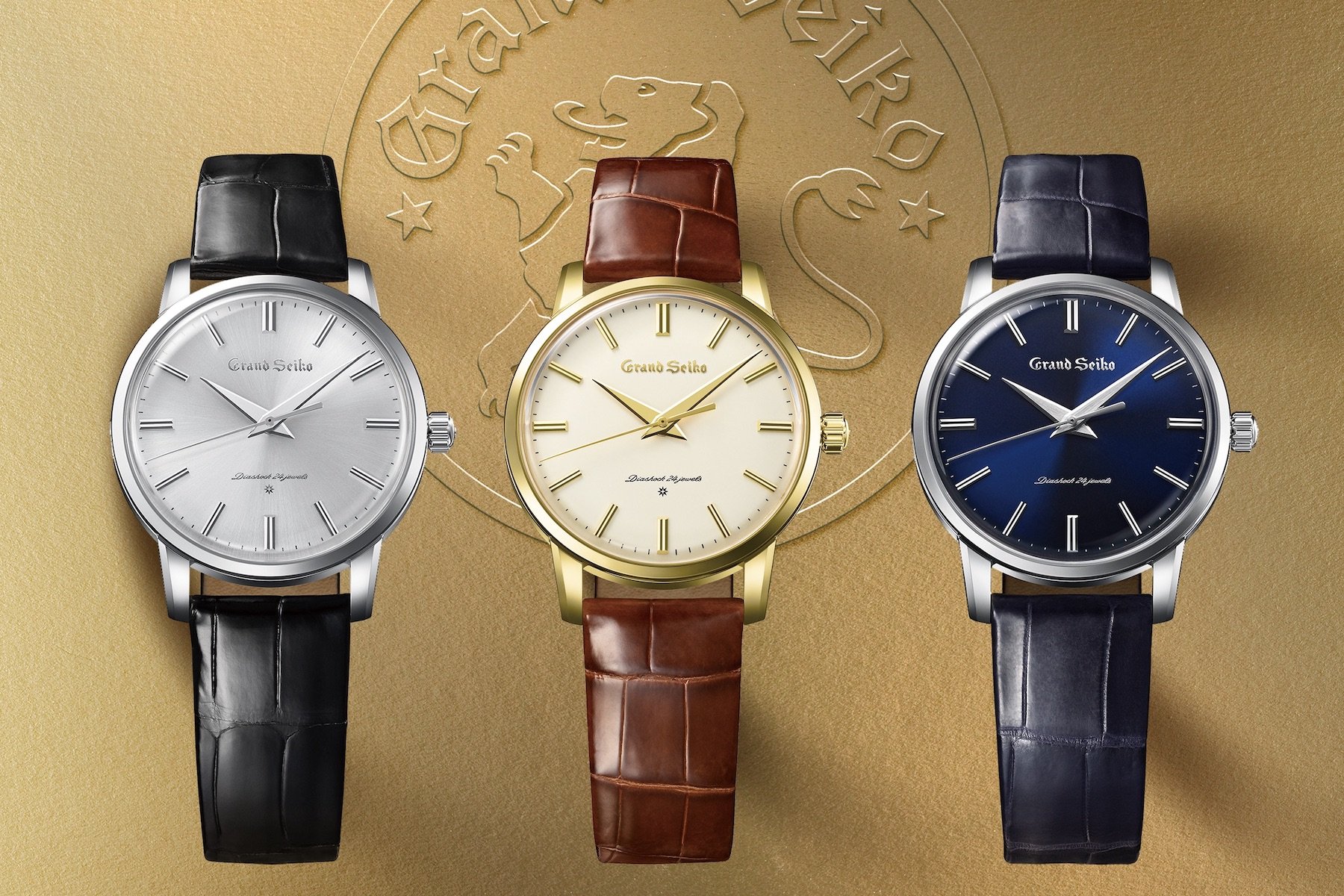 Re-creations but not limited editions

Many of the presented celebration watches are limited editions. However, the re-creations of the 1960-original — the ones we’re talking about — will be part of the regular Grand Seiko Elegance collection. Currently, there aren’t many models in the regular Elegance collection using the hand-winding 9S64 caliber. One, which is one of my personal favorites, is the SBGW231. Unfortunately, its brother on a steel beads-of-rice bracelet, the SBGW235, seems to have left the party. All three re-creation watches will be available at Grand Seiko Boutiques from June 2020 onwards. Prices will vary from €39,000 to €27,000 and €8,300. Learn more about Grand Seiko here.