At Watches and Wonder 2021, we saw several beautiful new watches launched by many different brands. Some were expected, and some were a bit of a curveball and caught us by surprise, but in a good way! At the digital event, TAG Heuer launched its new Aquaracer Professional 300 collection. The release marked a new generation of the famous model, with a refreshed look that blended a bold-yet-elegant contemporary look with a functional and versatile form. 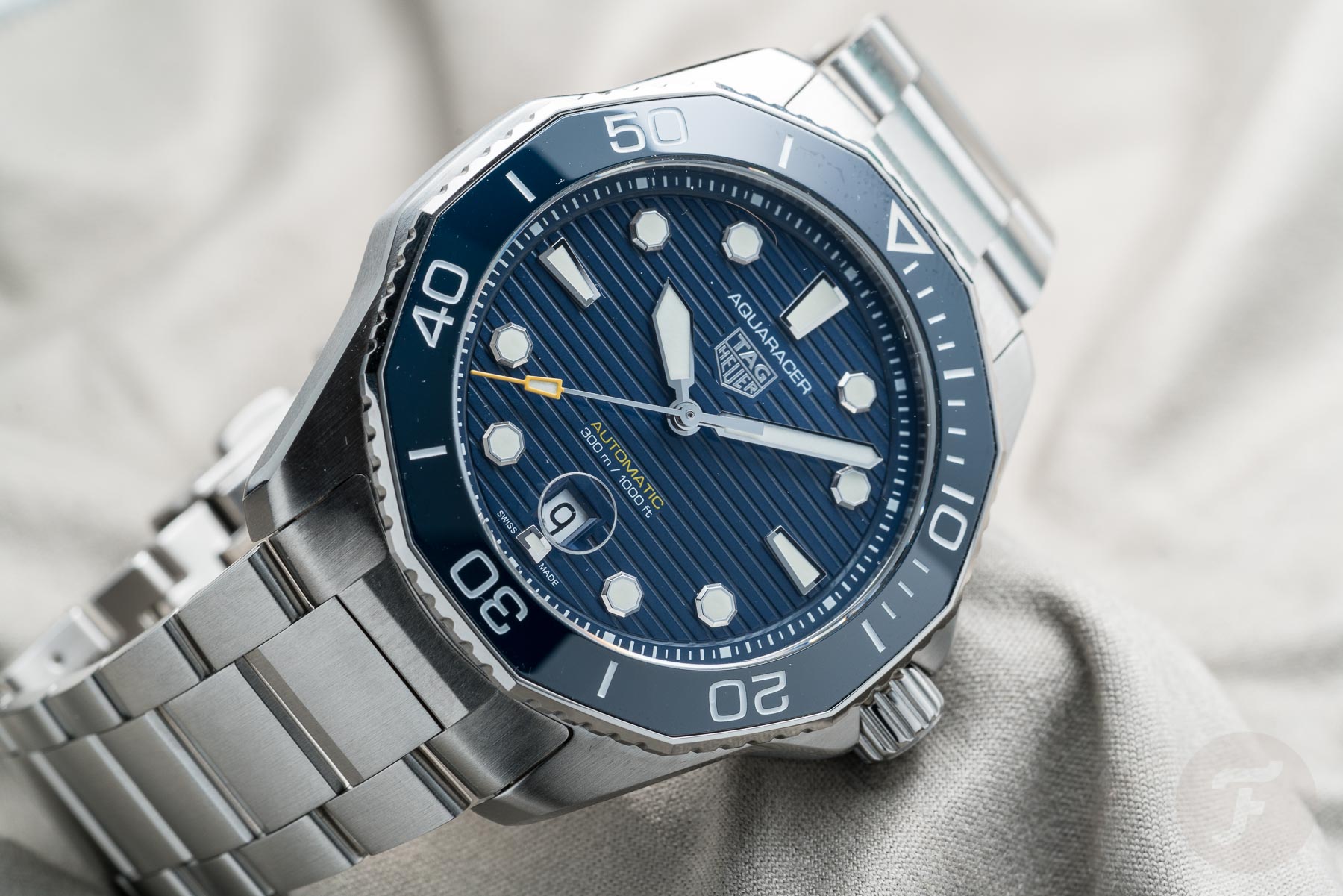 After the launch’s success and the subsequent availability of the watches from boutiques and dealers, TAG Heuer has revealed an unprecedented look behind the scenes of the fascinating advertising campaign that accompanied the launch. So sit back as we deep dive into the brand’s universe in an examination of the process of pushing beyond; beyond fear, beyond reason, beyond the edge. 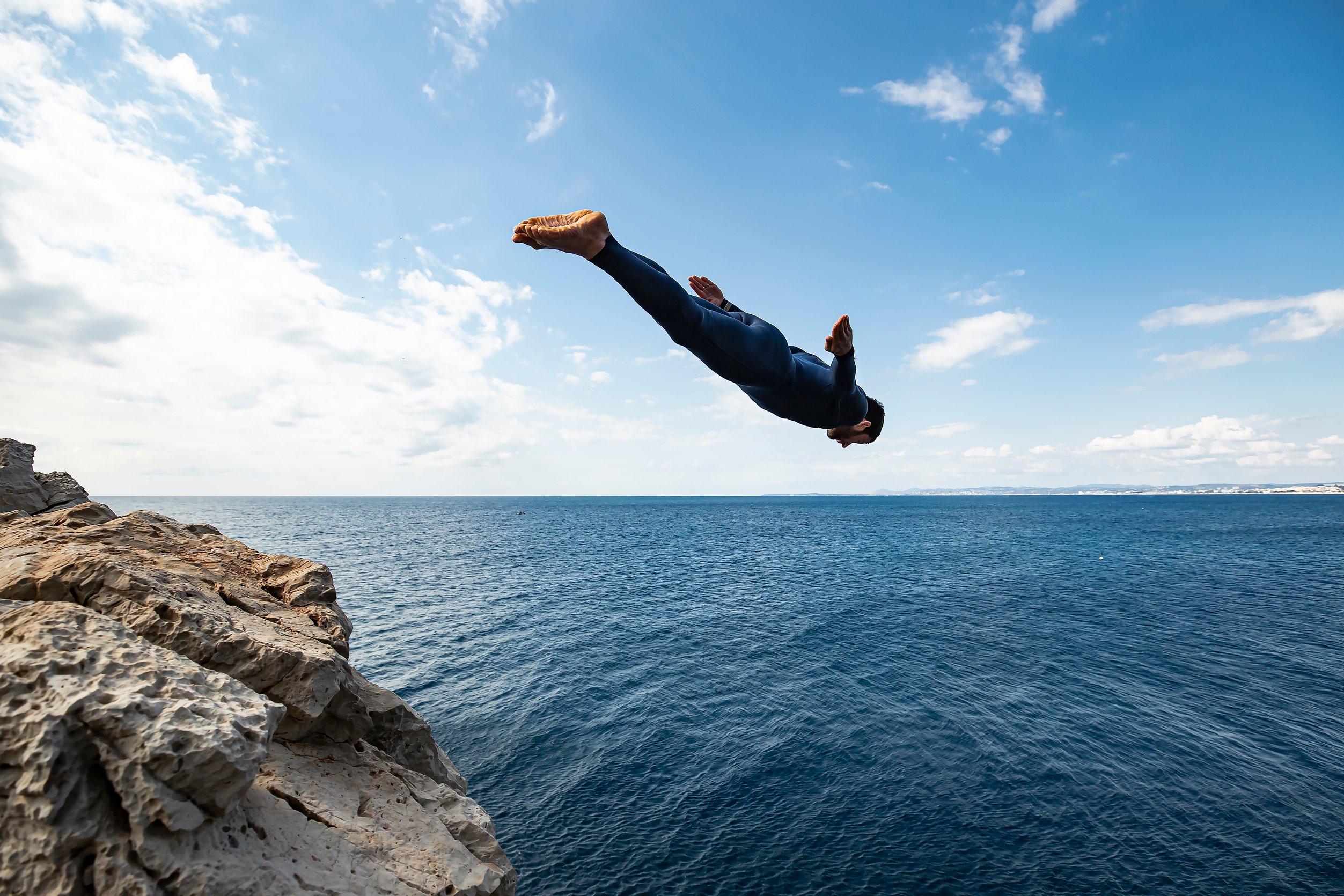 Be sure to take a moment to watch TAG Heuer’s promotional video, below. It was filmed by a young Swiss filmmaker called Jonas Egi. In it, three athletes explore their own limits in extreme sports settings, filmed in Nice, France, Nazareth, Portugal, and Hawaii:

I enjoyed the video, and seeing the athletes enjoying time in the water makes me miss the ocean even more. The last time I was able to go diving was several years ago. Being beneath the waves, Scuba diving is probably the most peaceful and relaxing place I have ever been. There’s something about it that I find so liberating — being able to forget about everything else going on in your life and just enjoy the moment. This video does a good job of making me yearn for that again. I wouldn’t usually transcribe the voiceover from a video, but I found it quite poignant:

“The edge is not a limit — it’s a moment, a vision; a distance, daring to be reached; an answer daring to be found. There is no turning back. You forget about time, and you transcend reality. This is the edge of your world and the beginning of a new dimension.” 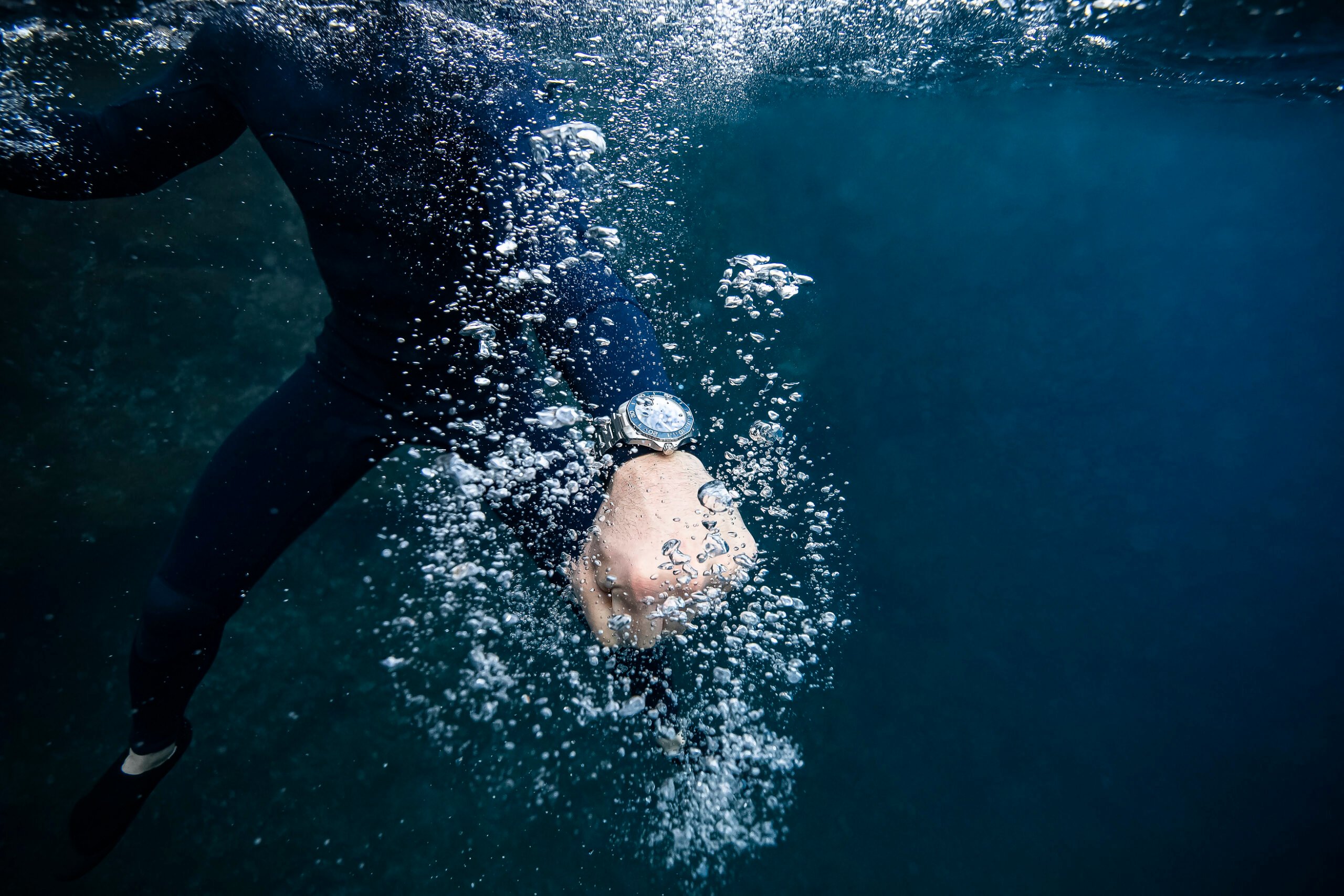 The idea of the video campaign was to take the viewer on a journey beyond watches and into the depths of extreme sports. TAG Heuer makes it clear that the Aquaracer Professional 300 is about more than being a watch. The Swiss brand wanted to inspire its audience by highlighting those special moments when world-class athletes go beyond their limits and enter new dimensions. In doing so, it is also able to showcase the incredible technical qualities of the new Aquaracer Professional 300 range. 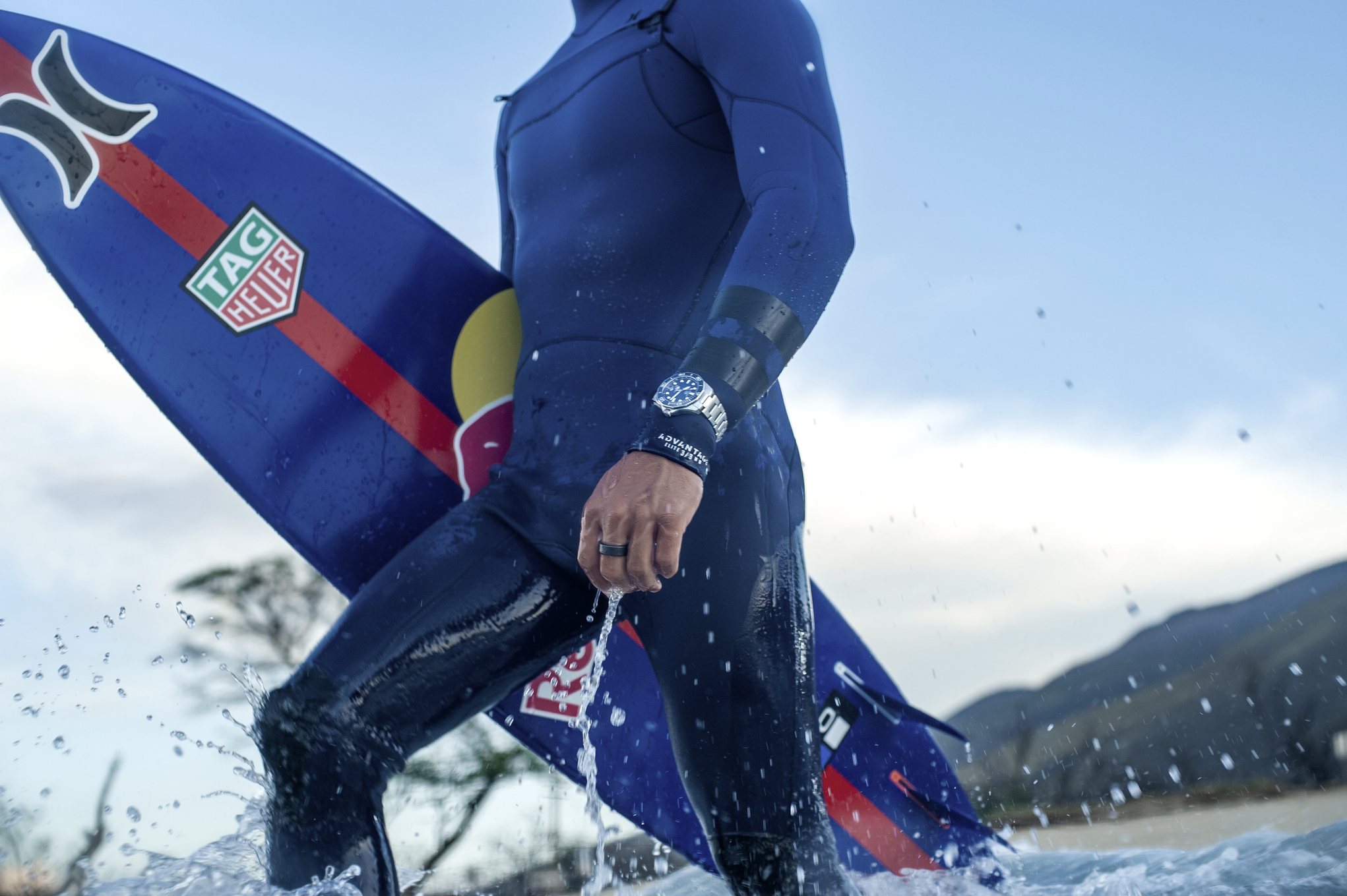 The 45-second film reintroduces the Aquaracer as TAG Heuer’s ultimate tool watch, and affirms the brand’s endless quest for a challenge. For example, one of the athletes in the film, Kai Lenny, said:

“When I put on my wetsuit, my instinct for survival jostles with my competitive spirit. But this competition isn’t about beating others – it’s about pushing myself beyond the limit, attempting to reach my full potential.

Beyond the edge is that extreme point in time when there’s no way back, where you’re 100 percent committed, and you have no option but to believe in yourself – totally.”

It’s an interesting comment to make. However, suppose you can put aside the apparent marketing spiel for a moment. In that case, it does make you think about the connection one has with their artform. Be that an athlete and their sport, a musician and their instrument, or a painter and their brush. Art is not a competition but a personal experience to explore and grow. 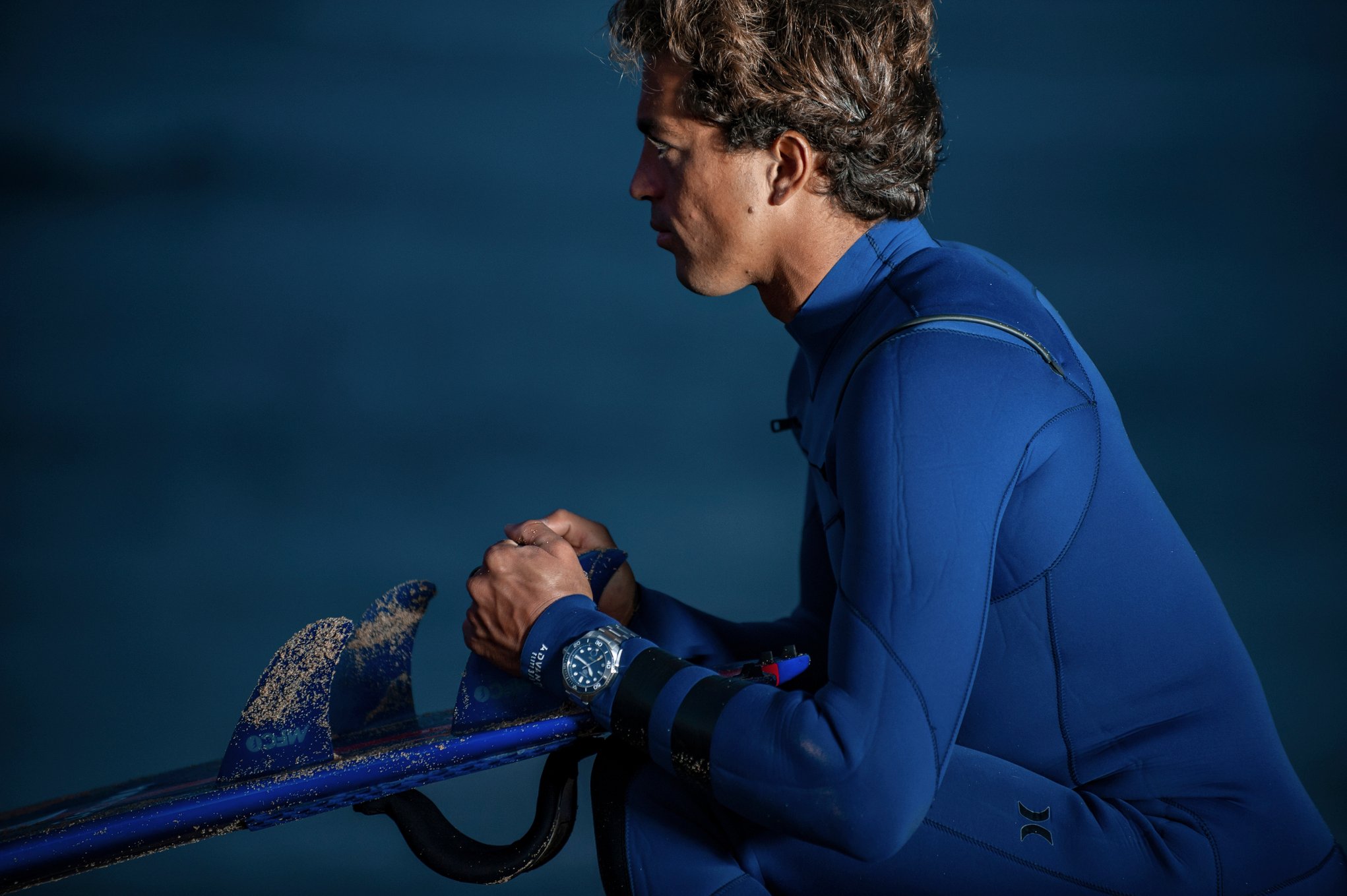 I think the point that TAG Heuer is trying to make is that all artists need the correct tools to perform, and that is as applicable to a watch as it is to a paintbrush. Am I getting caught up in the poetic marketing TAG Heuer is creating? Maybe, but I genuinely think that means the campaign is a success. It’s hard to deny that the video is evocative, no? 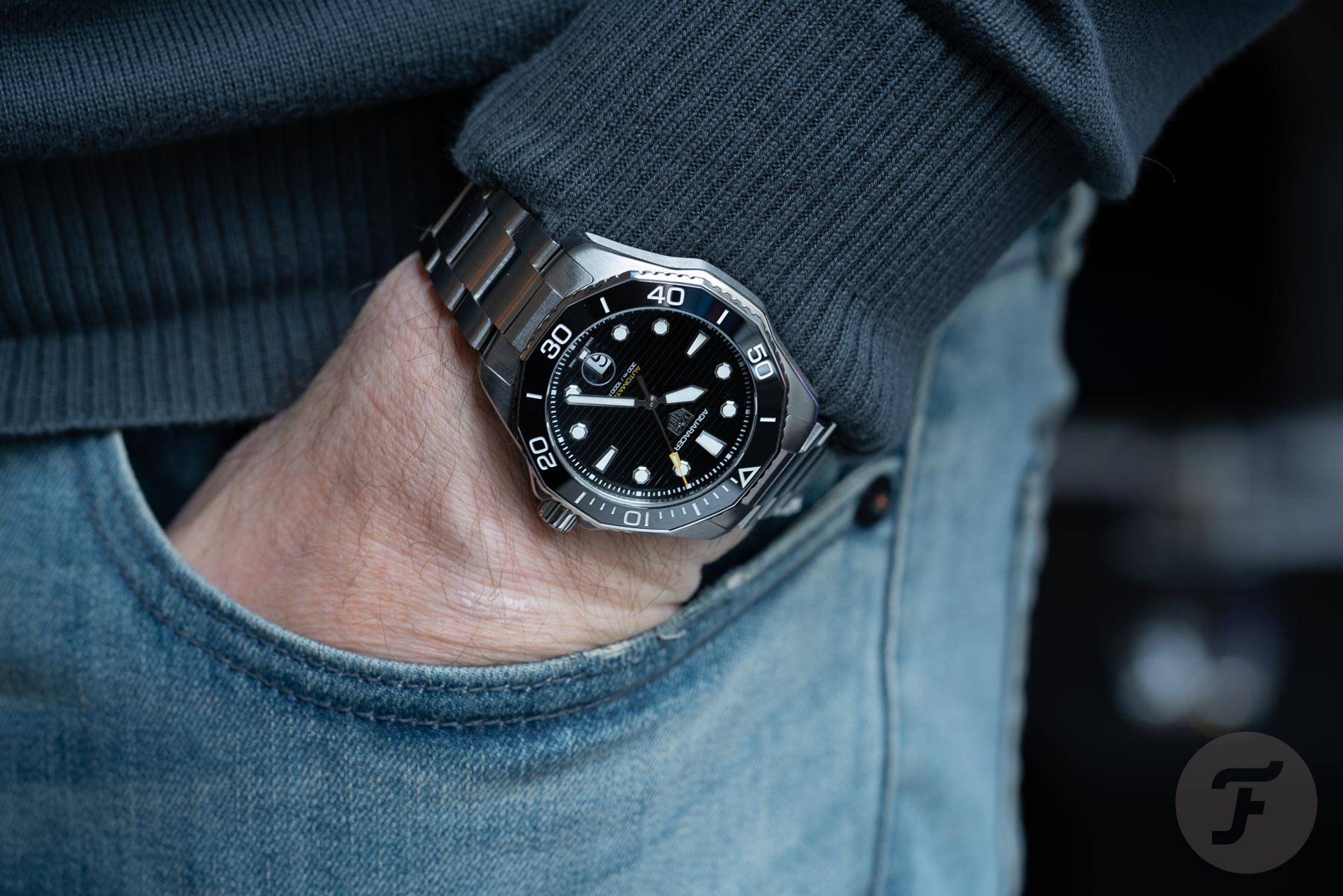 In a world where we are still bound by COVID-related restrictions, it was nice being able to live vicariously through the athletes in the video. For that reason, I do recommend giving it a watch. Just make sure you let me know what you think in the comments! The video is in the article above, but you can also find it here. For more information about the Aquaracer range, please visit the official TAG Heuer website.

Hot Topics
Introducing: The Omega Speedmaster Super Racing With Spirate System
165 comments
Design Vs. Specs — Which Is More Important To You When Buying A Watch?
87 comments
New Release: The Limited-Edition Seiko Prospex SLA067J1 Diver
59 comments
My Predictions For New Omega Speedmasters In 2023
57 comments
The Time To Buy Is Now: How The Current Economic Climate Influences Watch Buying And How You Should React
51 comments
Popular
A Question From A Reader: “Which Modern Speedmaster Is Closest To The Original Moonwatch?”
Robert-Jan Broer
14
Speedy Tuesday – The Original Omega Speedmaster Ultraman
Robert-Jan Broer
7
New Hamilton Intra-Matic Auto Chrono – An Introduction (with live pictures)
Balazs Ferenczi
13