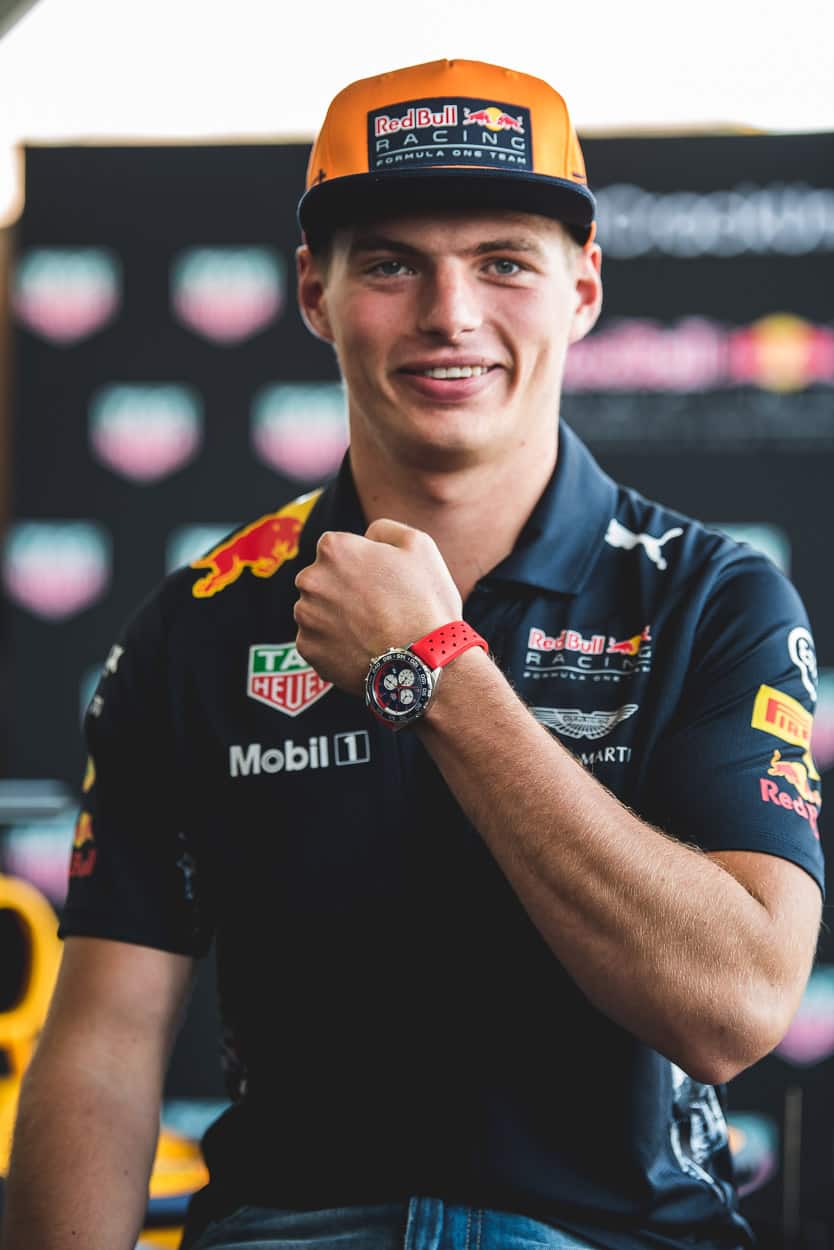 About a year ago, we saw the very first ‘Max Verstappen’ special edition watch from TAG Heuer being introduced (also in Amsterdam). However, this year, and a few F1 Grand Prix richer, there is a new watch for Max Verstappen. This time, no orange elements, but red, white and blue instead. Colors of the Dutch national flag.

The TAG Heuer Formula 1 No.33 Max Verstappen 2017 Special Edition (the TAG Heuer rep indeed admitted that this was probably the longest name ever for one of their watches) carries Verstappen’s no.33. Max Verstappen said during the event: “I wanted something that is dear to me. Athletes are quite fetishist, and this number 33 is always with me now, on my wrist, with this special edition. It will remind me of my challenges and my performances to always do better. It has been so much fun to do this reveal in my home country!”. 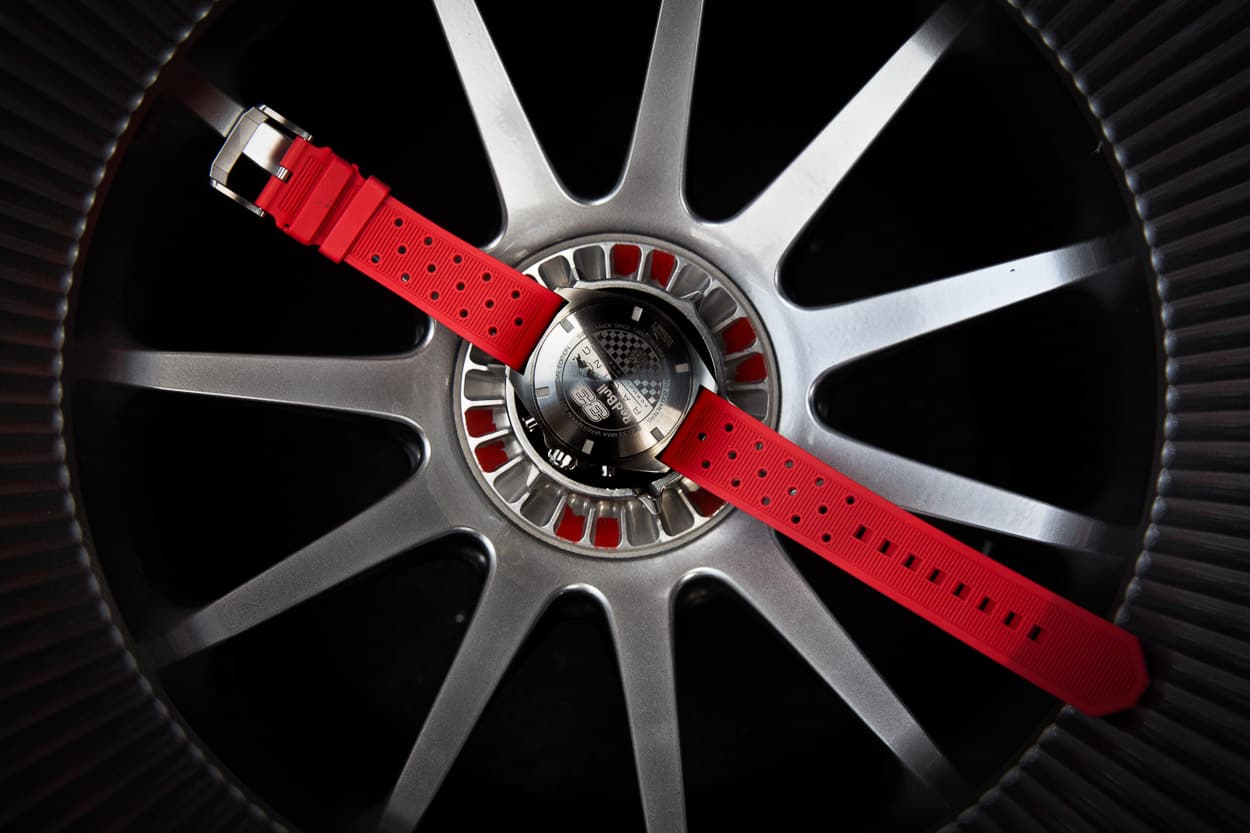 On the case back of the Max Verstappen watch you will find the ’33’ engraved. Besides that, the unique number of the watch is engraved as well as there will only be 533 pieces available.

The Formula 1 watch from TAG Heuer had its 30th anniversary last year, as it was introduced in 1986. It was the first model that was introduced after the merge of TAG and Heuer. Once introduced as a low-cost Swiss time piece (based on the success of the plastic Swatch watches that were introduced in 1983), the Formula 1 grew out to be a huge success over the years. In the meanwhile, it isn’t exactly a low-cost watch anymore, but the specifications of the current Formula 1 watches is also more impressive than it was back in the days. A very good and in-depth source on TAG Heuer’s Formula 1 watch family can be found on Calibre11, the source for TAG Heuer fans. From my own experience I can say that during my study I noticed a lot of people wearing these TAG Heuer Formula 1 watches, received during their teen years from their parents, and some saved up for one themselves. For many, it was the first experience with the Swiss made brand.

Max Verstappen’s watch is also part of the Formula 1 collection, and if you look closely, you will see that his watch is definitely related to those very first 1986 F1 watches from TAG Heuer. 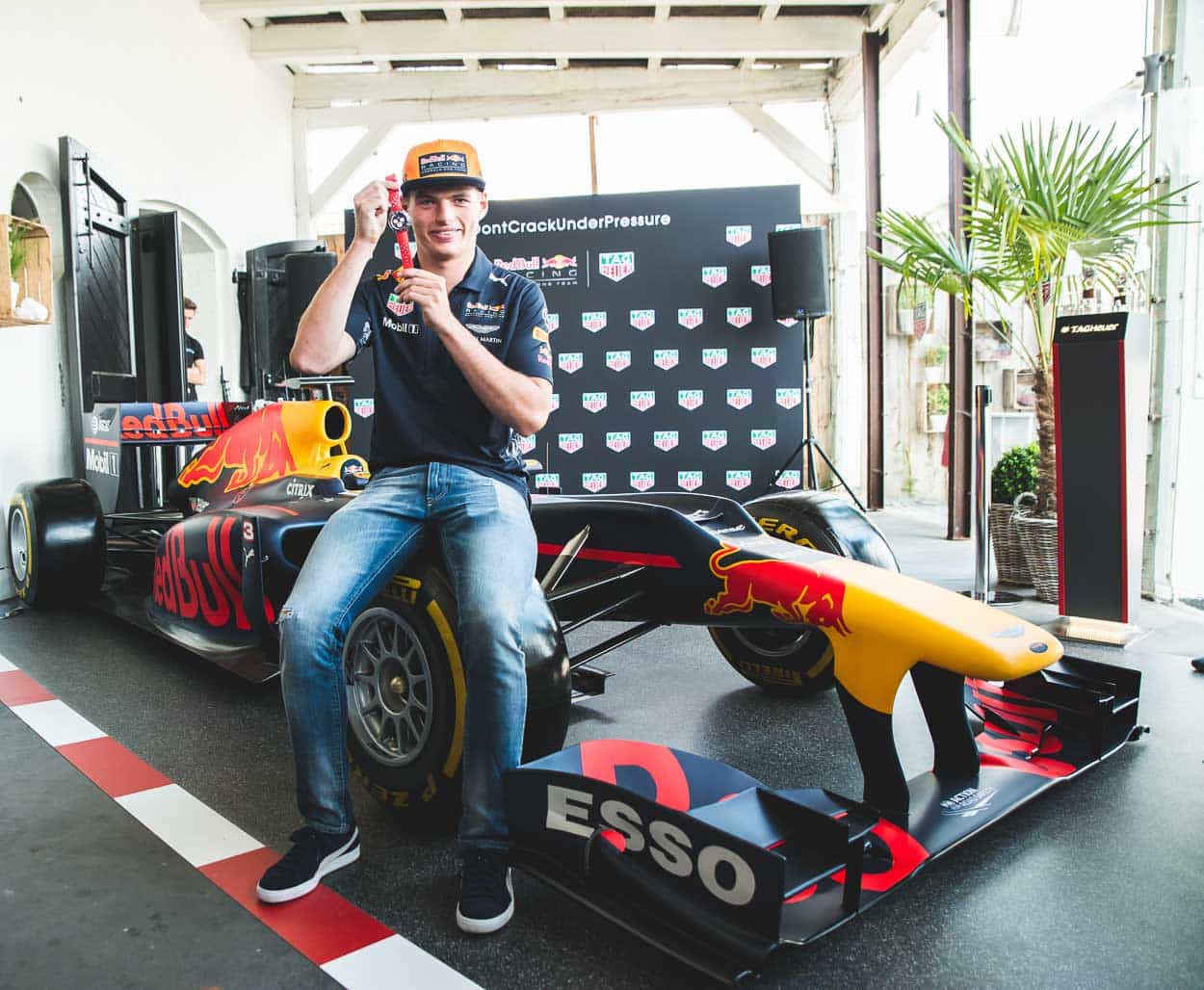 For those of you who wonder if there’s more to this partnership than just an ambassador and his watch, there is. In December 2015, TAG Heuer became the official timekeeper of the Red Bull Racing Formula One (click here for our report on visiting the Red Bull Racing HQ) team. Red Bull Racing and TAG Heuer then also announced the name of the 2017 car, the “Red Bull Racing TAG Heuer RB13”. TAG Heuer is included in the team’s official constructor listing, and it is the very first time that a watchmaker ever has been listed.

The watch that Max Verstappen received last Sunday in Amsterdam, has reference CAZ101G.FT8030 and is a 43mm stainless steel (quartz) chronograph. The blue opaline dial has a white and red flange with 60 second / minute scale. The green and white TAG Heuer logo is printed at 12 o’clock. Around the hour counter at 6 o’clock, it reads TAG Heuer Formula 1. The hour and minute hand are filled with red lume, as well as the hour markers. The chronograph seconds hand is also in red. The watch comes on a red rubber strap with pin buckle. The minute track (flange) is red till the 33rd minute, Max Verstappen’s number. 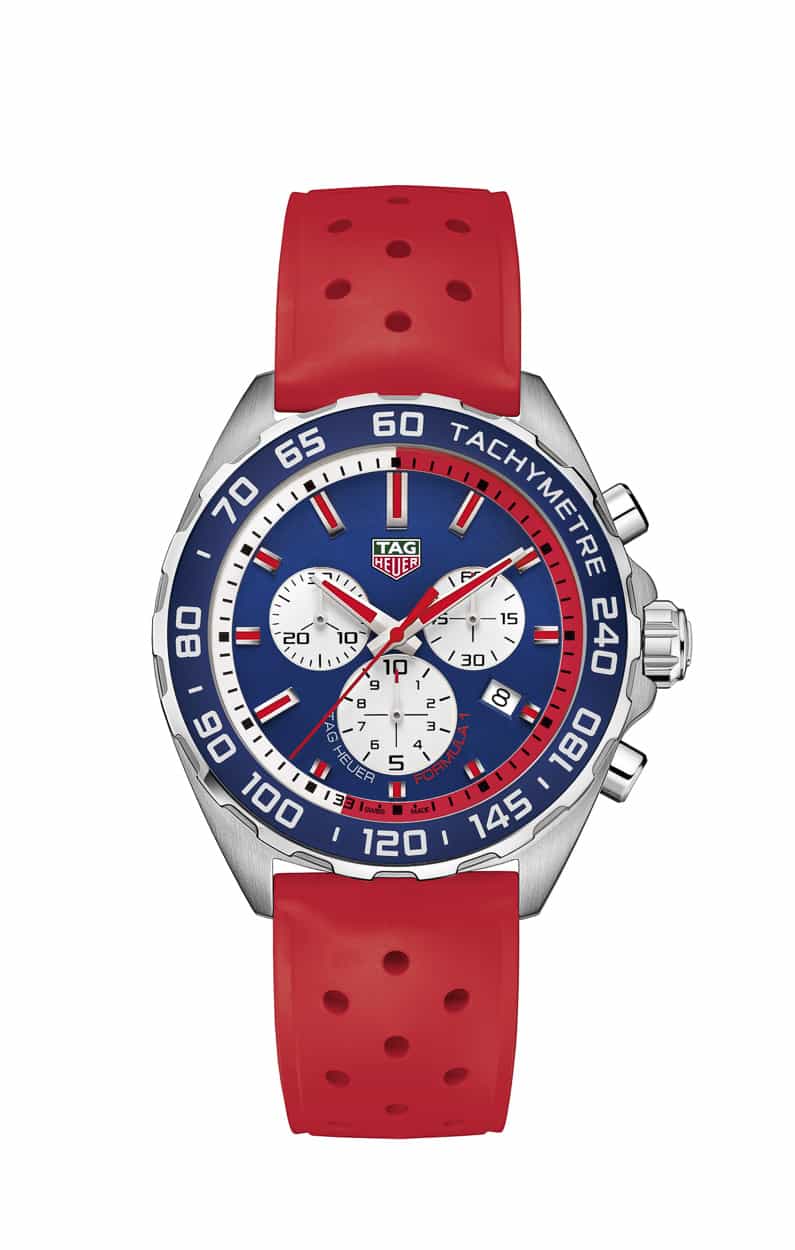 For us it was a bit of a pity this watch is (only) available with a quartz movement, but let’s not forget about all those Max Verstappen fans that are probably not all watch enthusiasts like ourselves. It would also give the price of the TAG Heuer Formula 1 No.33 Max Verstappen 2017 Special Edition quite a mark-up if it would come with an automatic chronograph movement. The use of a quartz movement make it possible to keep the price tag friendly and relatively accessible for a large (young) audience. The retail price of this watch is 1350 Euro.

This watch will be exclusively for sale in The Netherlands, but we assume you will find your way if you are located outside The Netherlands and still want one. It will become available in September 2017.