#TBT A Tropical Day With The Excelsior Park EP-4

No doubt about it, summer is here. It’s about the highest time to put “the original” Excelsior Park into the spotlight.

The last few weeks, it has been pretty hot in the heart of Europe where I live. The temperature climbed almost up to 40°C, and I wished that I could go to the office naked. I have been wearing shorts with linen shirts or light T-shirts every single day for a few weeks now. With more and more watches coming into my collection, the morning pairing ritual takes longer. No matter how long it took last week, I always ended up with some colorful or bright-dialed watch. 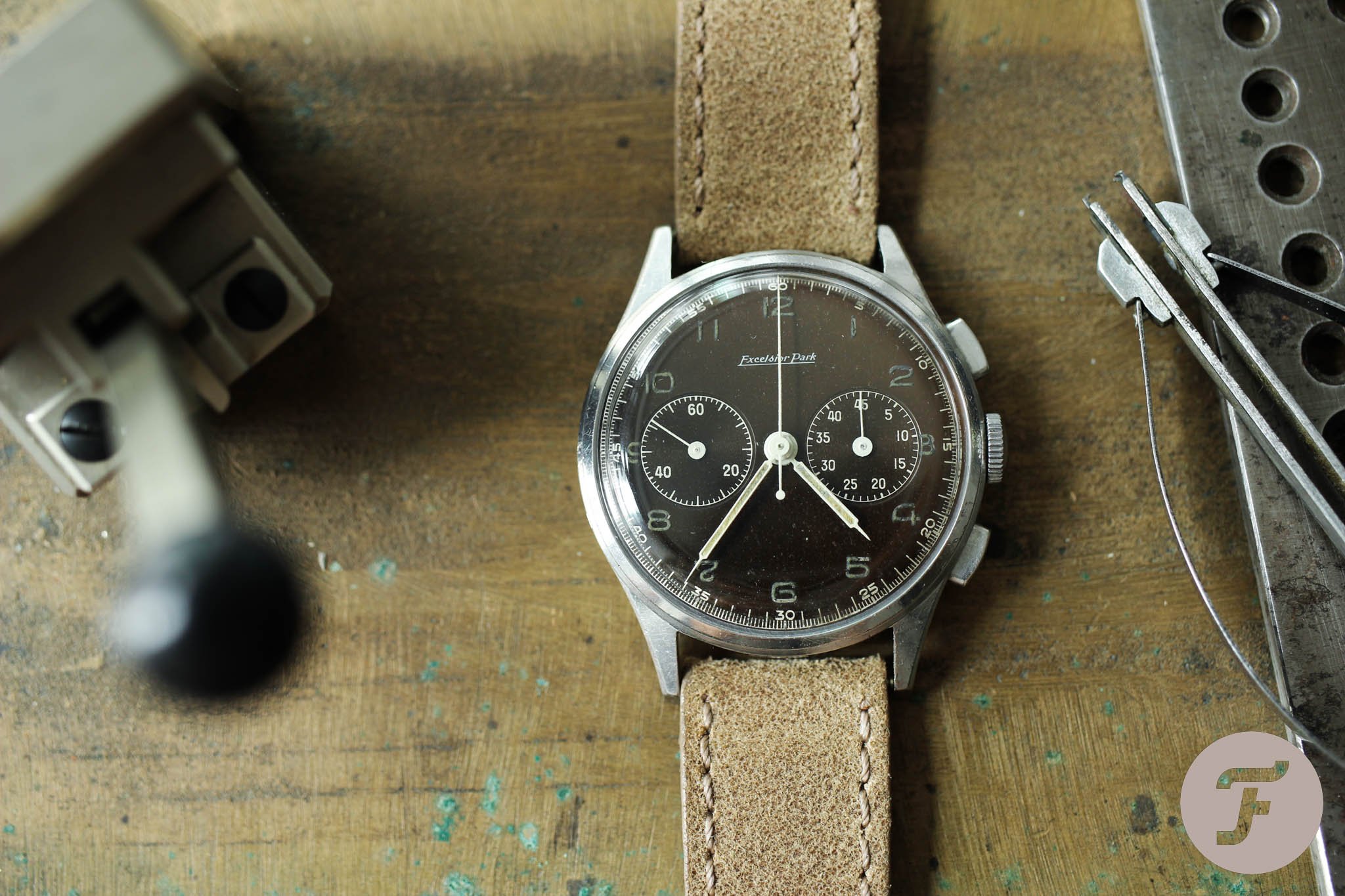 The moment I took this Excelsior Park into my hands, I realized that I hadn’t sported a black-dial watch for quite some time. Technically, this Excelsior Park EP-4 belongs to the black-dial group. And when I put it on my wrist in a shady apartment in the early morning, it stays black. The brighter microscopic “freckles” developed over the years don’t break the dial’s uniformity. Rather, they remind me of some dust particles that are not a permanent part of the dial. 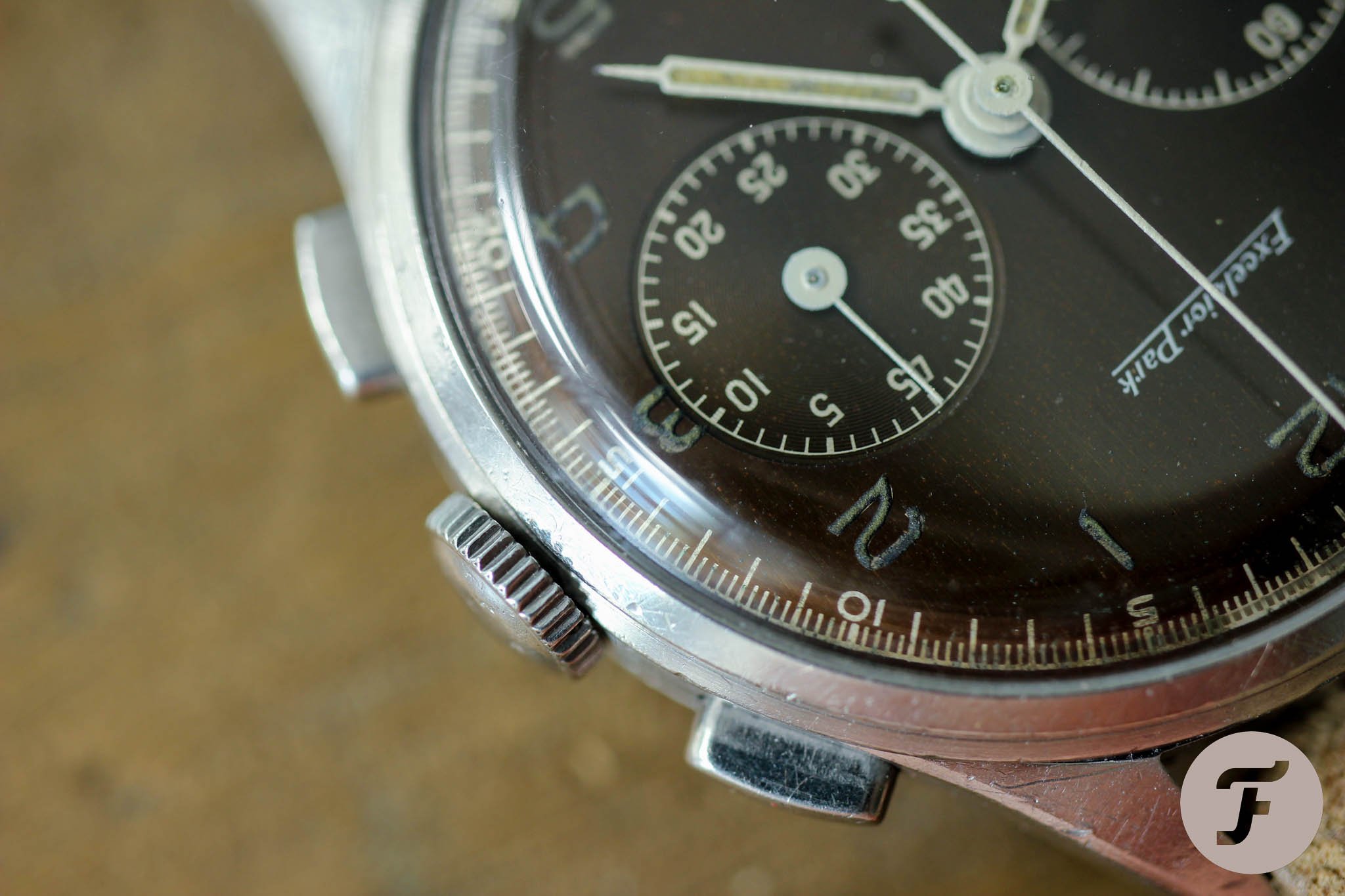 The weather forecast warns of a tropical day today. I’m strapping on this EP anyway, though, because this black dial has more to it. I tried to catch it on camera and bring you a bit of the excitement that emerges when this Excelsior Park comes into contact with direct light. Honestly, I usually hate the “tropical dial” label because it has so many dubious associations with it, including the fabrication of tropical patina with the intention to multiply the value of the watch. 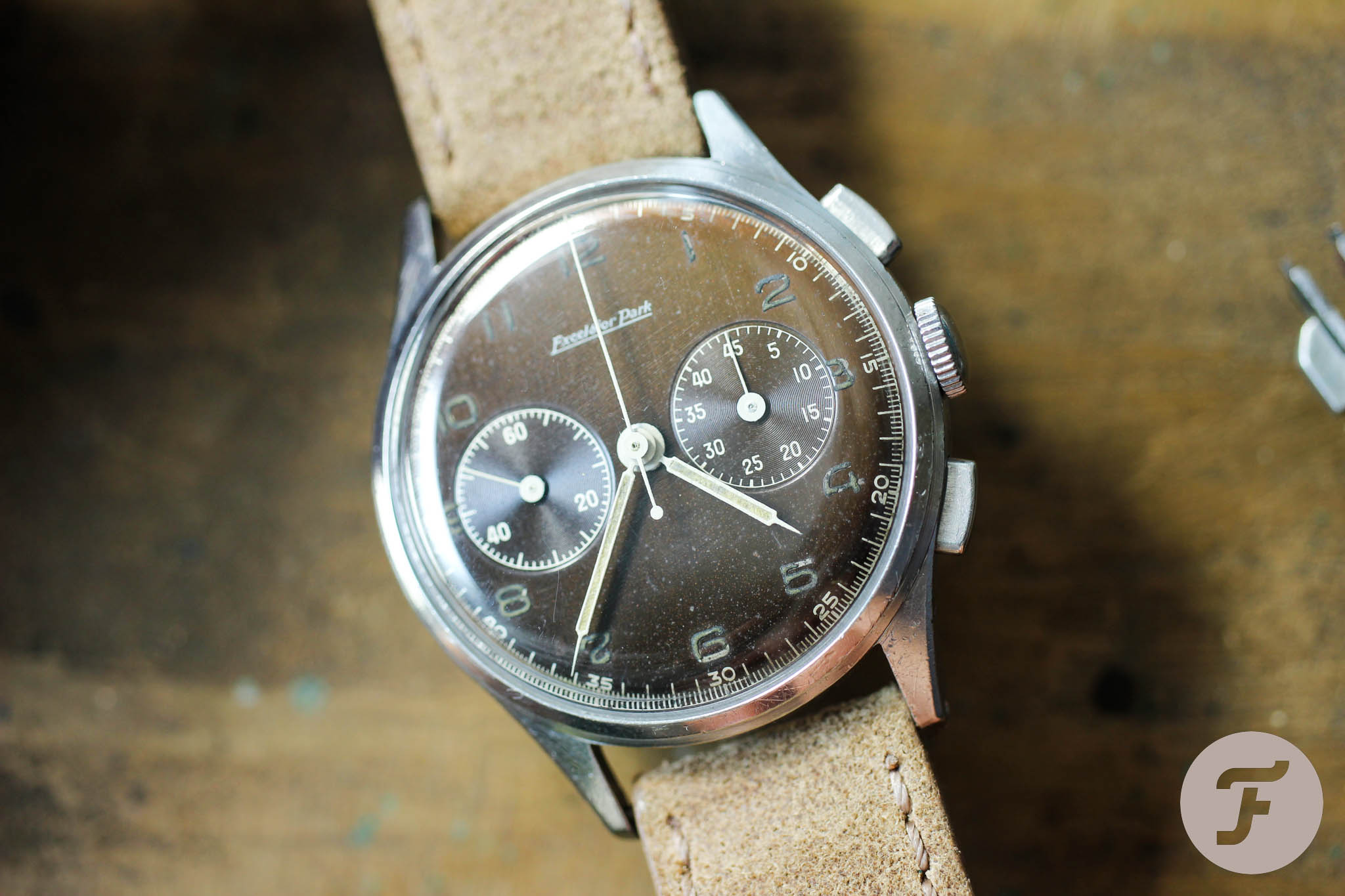 It’s the one you weren’t aware of before you bought it. When I bid on this Excelsior Park, it looked like a deadly pale black watch with lume so deteriorated that you had to pay extra attention to spot it. The listing pictures were pretty bad, and the seller didn’t mention it at all. That’s the beauty of private sales where normal people would only shake in disbelief over any excitement about tropical dials. I bid on it because it’s not so easy to find a black-dialed EP these days.

I guess I was lucky. Right after I unboxed the Excelsior Park, I took it on a walk outside. And let me tell you, I couldn’t have been more surprised. Even the lume instantly came alive with the sun pulling out some of the bright tones hidden under its heavily burnt skin. 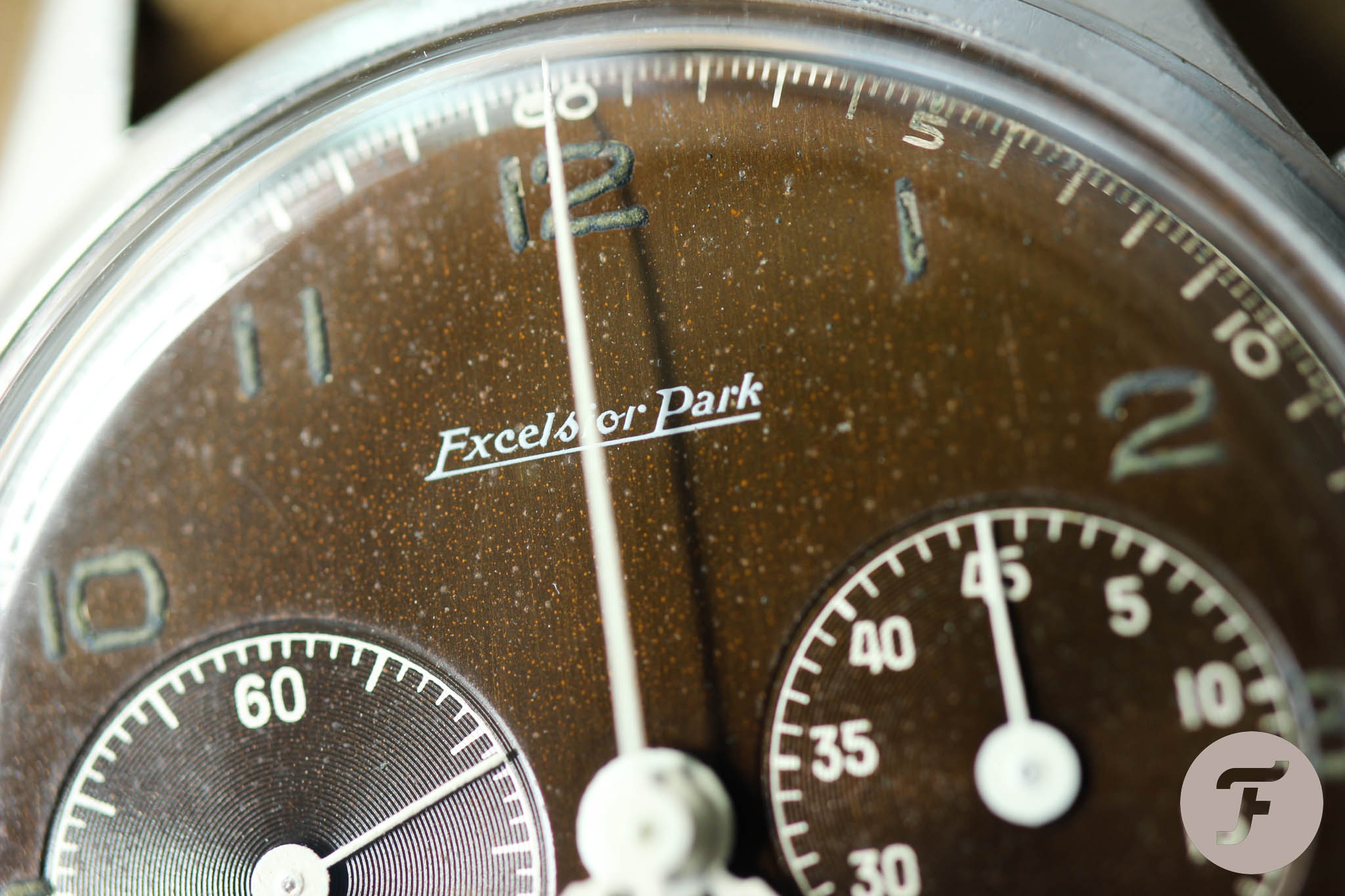 Natural movements of the wrist instantly brought out a rich palette of tones from rusty red to Martian brown. Warm colors were spilling over on the dial like waves from the sea. When I explored the dial under the loupe later, I found a stunningly even dial structure created by millions of rusting freckles trying to overrun the original black color. Never before had I tried to understand the magnificence of tropical-dial patina, but well, it just happened to me. 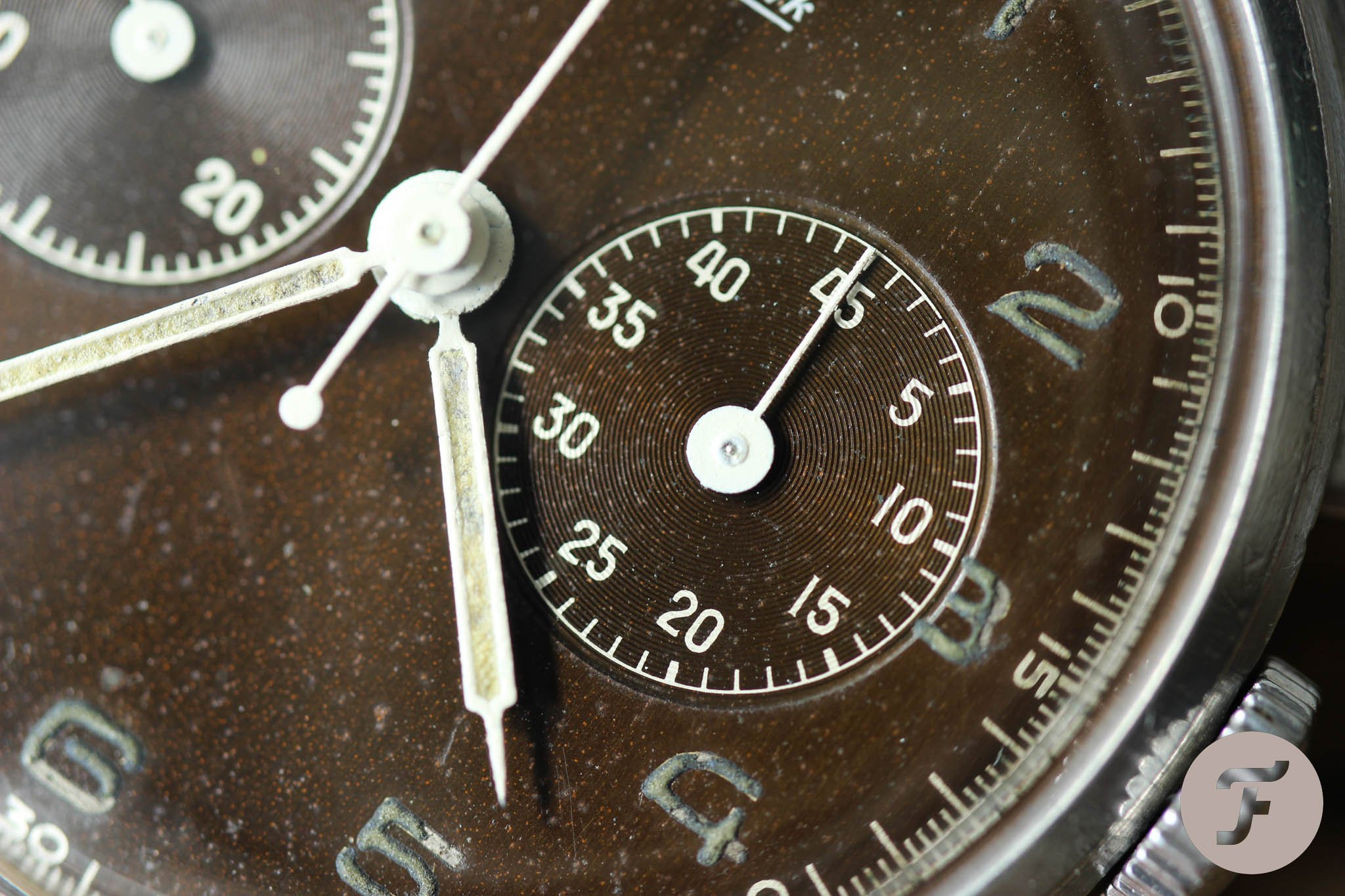 The show goes on

If you’re nervous that I’ll be weeping about an overwhelmingly aged dial all the way till the end, don’t worry. The patina is a surprising bonus, not a core element that makes this watch special. What really struck me instantly was the minutes sub-register with unusual Arabic-numeral markings at the five-minute intervals. The post-WW2 EP chronographs (meaning most of the vintage EP chronographs out there) had longer indexes to highlight three-minute intervals for easier timing of telephone calls. This specific design of the 45-minute recorder is pretty unique and suggests that what you’re looking at could be one of the earliest Excelsior Park EP-4 models, possibly from the early 1940s. If I remember correctly, I found online records of only two other examples like this.

Not only is the design rare, but it’s also functional. From my personal experience, markings of 10, 20, and 30 minutes are not always sufficient for me to quickly read the exact elapsed time. I admit, changing watches every day doesn’t help much in that regard. If I wore one or two watches tops, my eyes likely wouldn’t have such an issue. No matter how many watches I rotate, though, I find five-minute markings both practical and quite sporty. If the dial stays clean visually, they don’t even make any mess. I would like to see more modern chronographs taking advantage of this. 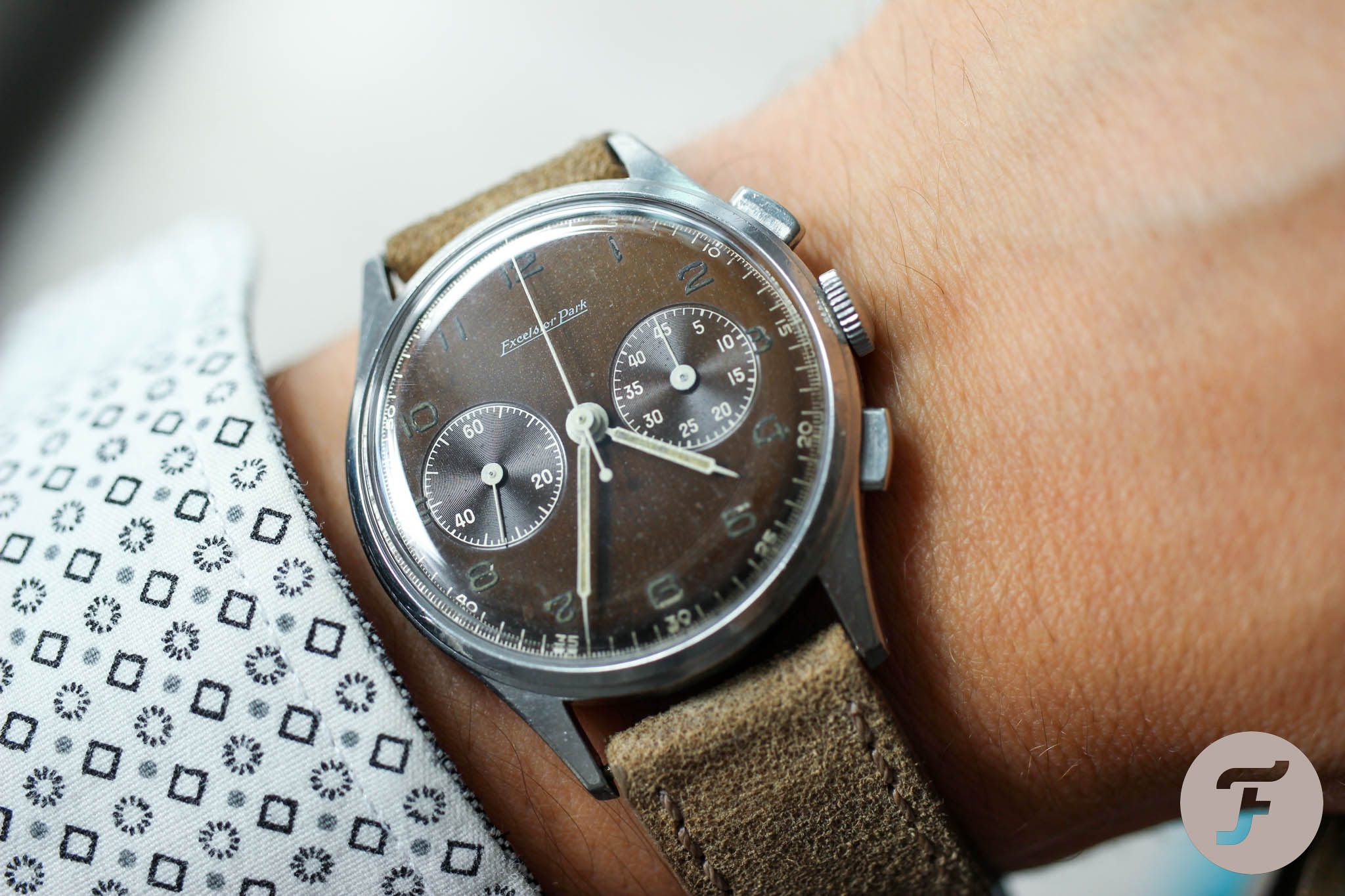 We need to fix that

I checked our archive today, and I quite shockingly realized that beyond today’s piece, there was only one other deeper introduction to early Excelsior Park watches. Mike wrote a nice article about his beautiful “Tuxedo”, and that’s it from early EP production.

Looking at it from the perspective of the recent re-birth of the Excelsior Park brand, it might be interesting to bring more stories about its early watches. I chose this watch today because it’s one of the role models for the resuscitated brand’s first release. Balazs shared some of his thoughts on the new Excelsior Park that has been brought back to life by the same guys behind the successful revival of Nivada Grenchen.

The movement is doubly relevant today

If you had asked me, I wouldn’t have been ready for Excelsior Park to be reborn with Sellita movements. Well, at least they are manually wound. Excelsior Park is not merely a watch brand. It’s also a fine movement manufacturer, and that’s why generic movements just don’t do it justice. I am really curious to see what comes next. It would be a wasted opportunity to keep future Excelsior Park models as soulless, generic-movement-powered clones of stars from the old catalogs. 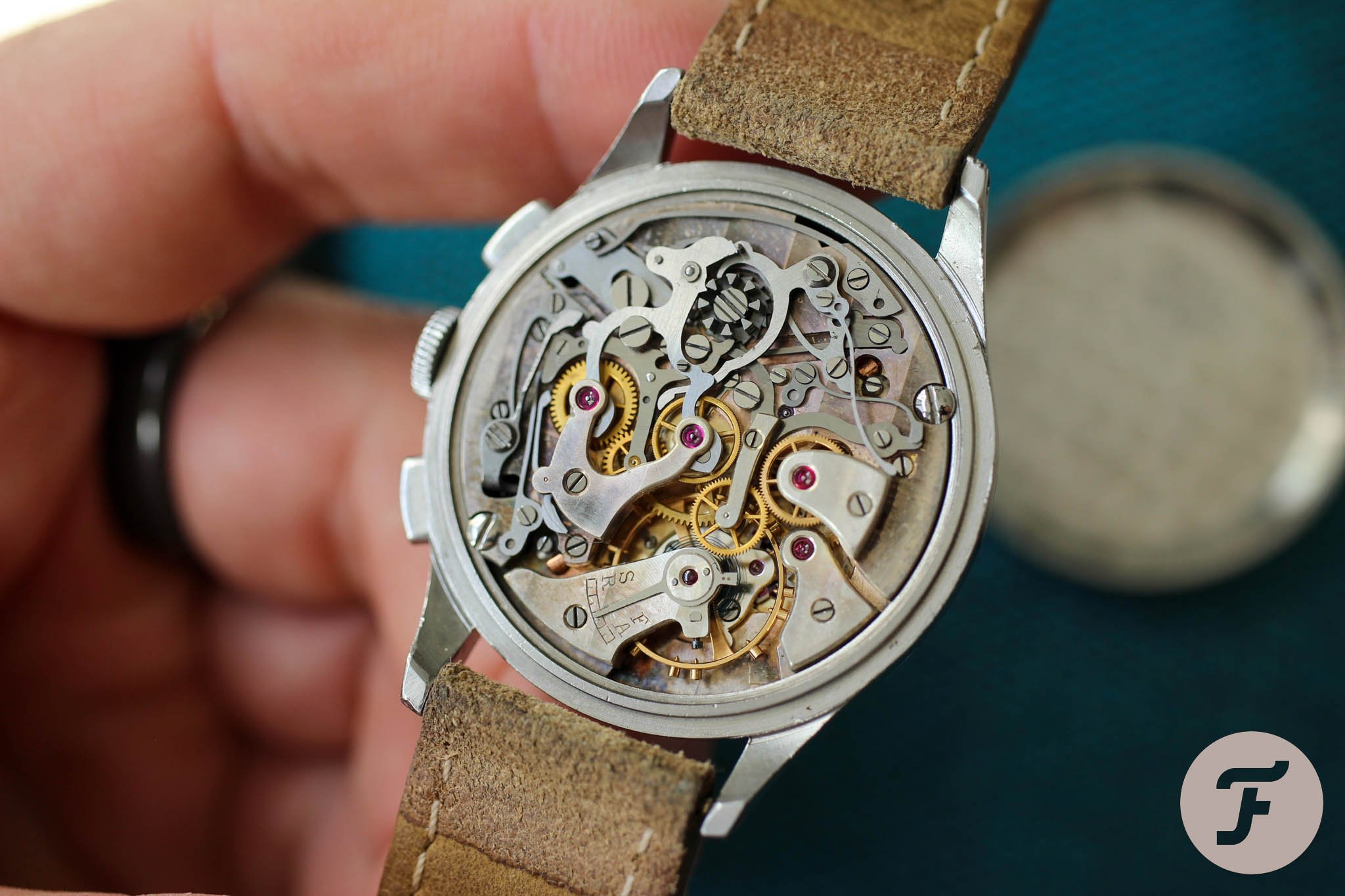 Until we see what’s ahead for the rebirthed Excelsior Park, I promise to bring you more of the original Excelsior Park spirit in months to come. If you get lucky, for the price of the new Excelsior Park models, you can score an original one. And I guarantee that the sensation of operating an original EP-4 movement is worth it. Happy hunting.