Longines Conquest 1972 is a truly symbolic watch that stands out on so many levels.

Oversized pre-1950s Longines dials have always fascinated me with their simple beauty. They might seem generic to an indifferent eye, but a trained collector can recognize them in a heartbeat. However, I’m not quite as enthusiastic about the bulky and over-stylized indexes that you can find on some mid-fifties Longines models. Namely on the Longines Conquest, that in 1954 started a new model naming product strategy. 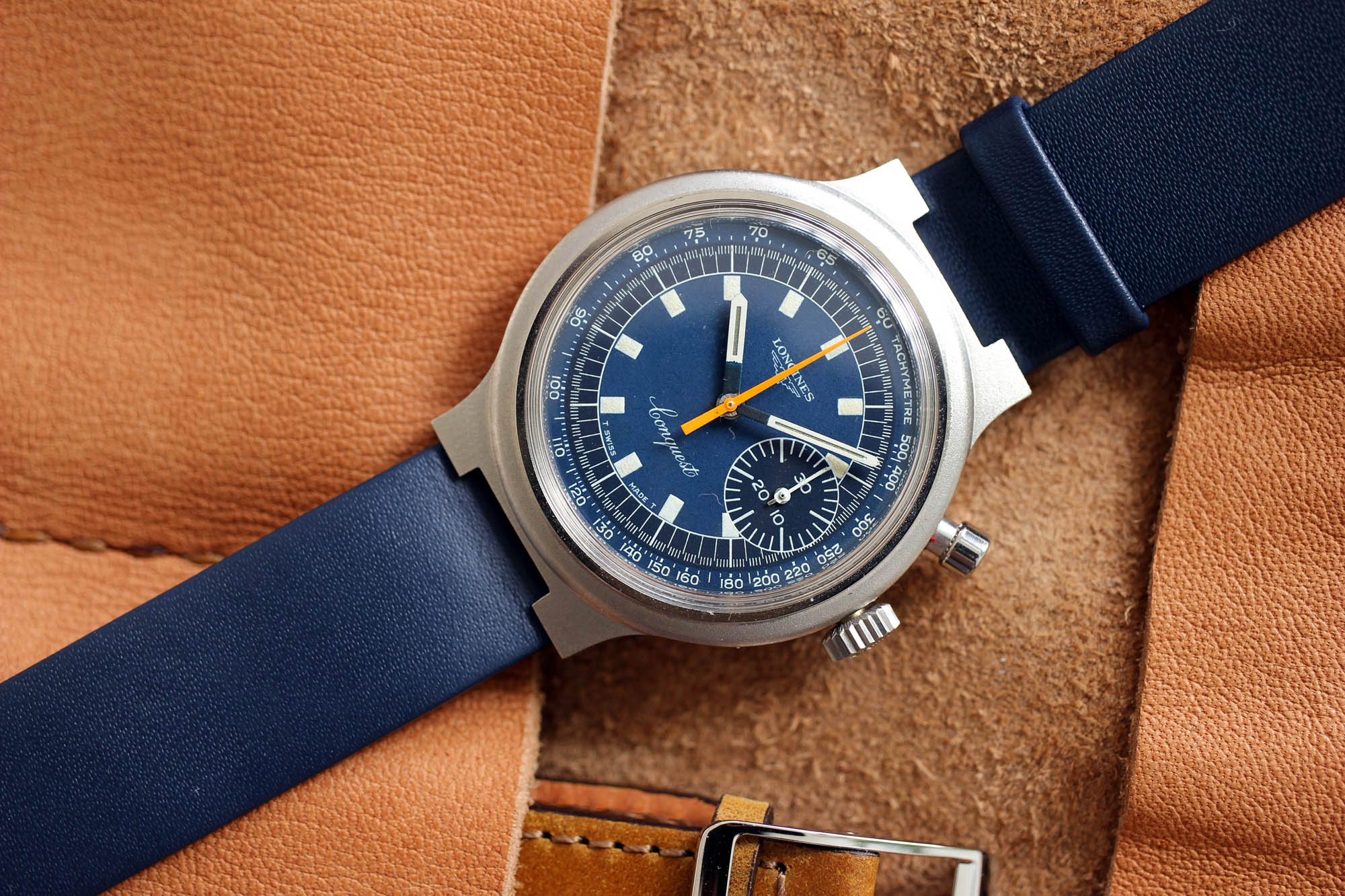 My conquest conquered me

To keep the story short, let’s fast forward two decades ahead when Longines introduced the Conquest 1972 Munich. It was a watch to celebrate their achievement in becoming the official Olympic co-timekeepers (along with the German brand Junghans). Until then, Omega had dominated this field big time. The first time I spotted this Conquest, it immediately spoke to me. I liked the size, the styling, and the functionality. 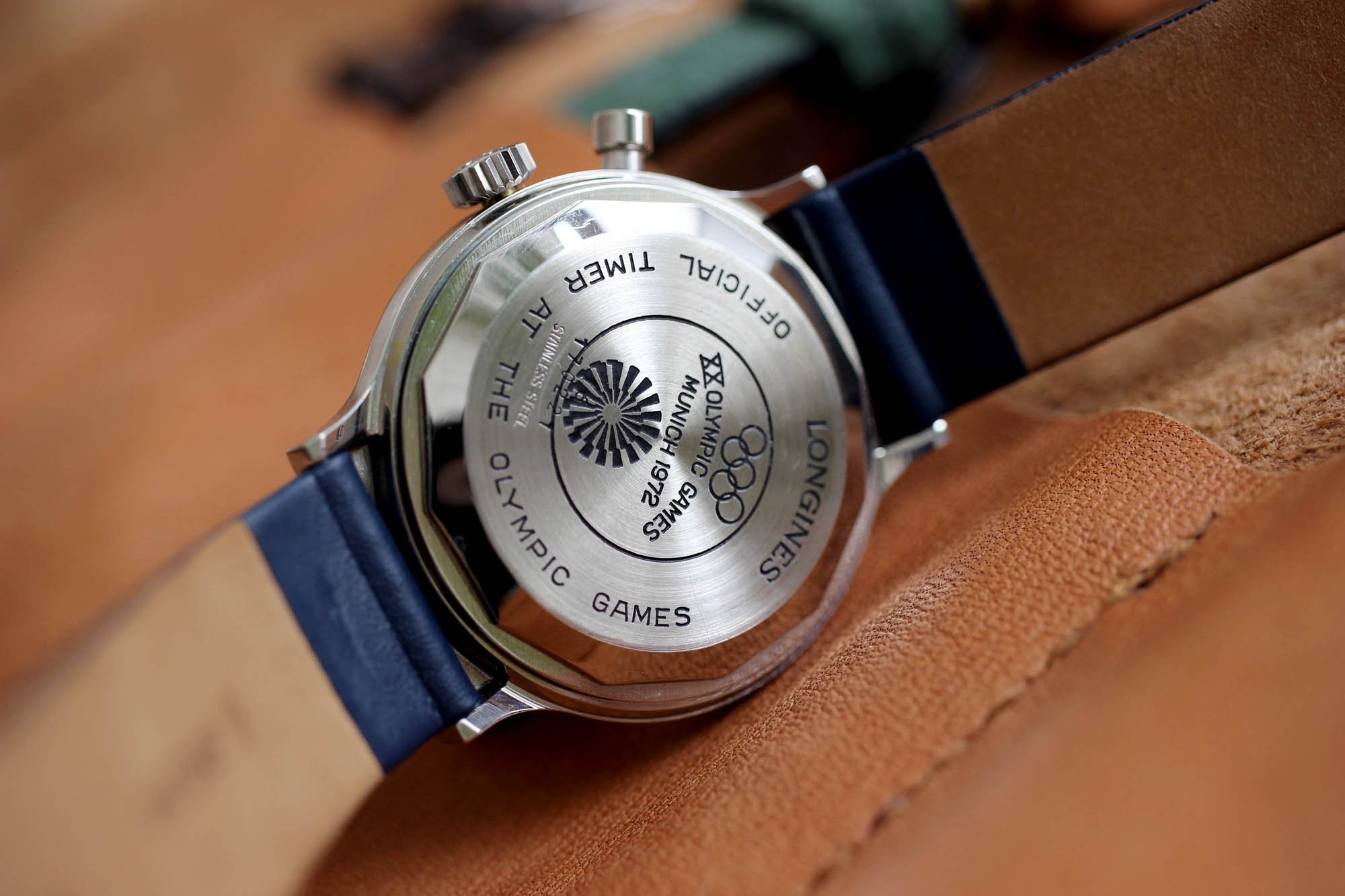 I don’t know how to frame it better, but the Longines Conquest 1972 Munich is more rounded than any other watch. The perfectly round shape reminds me not only of an Olympic ring but also of a stopwatch. If I let Conquest hypnotize me for a few seconds, I feel like I understand what the designers wanted to achieve. The pusher at two is so present that it slowly starts consuming all your attention. At first glance, it might seem dull or cumbersome, but you realize its size and proportion to the case is declaring, “I am a chronograph and I am about to be used.” 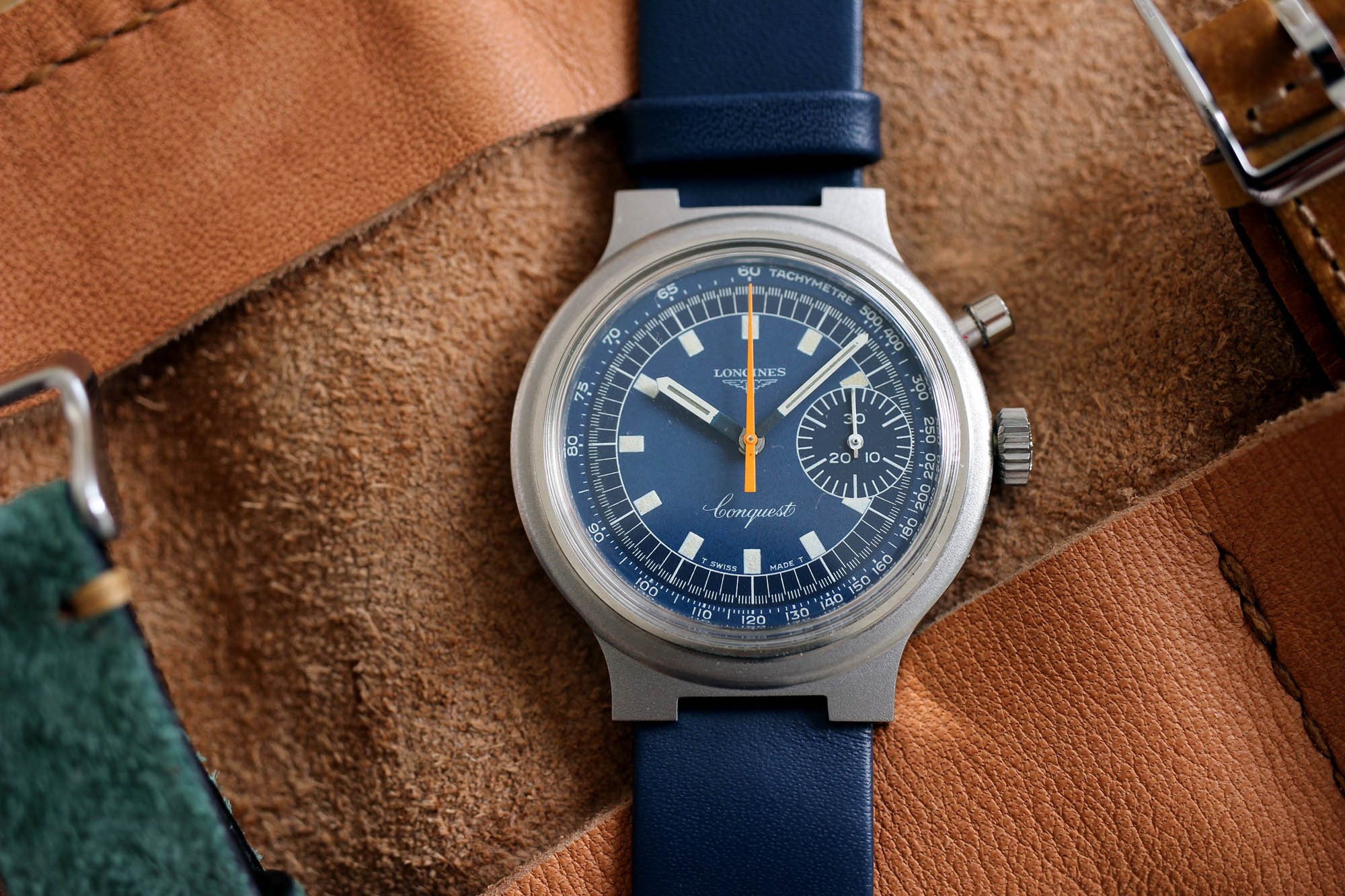 What I am about to explain now, I did purely subconsciously. While with other chronos I usually activate them with my forefinger, I gripped the Longines Conquest Munich as a typical stopwatch and pressed the pusher with my thumb. The moment you press the pusher and kick off the sporty central hand, you immediately understand why there isn’t another pusher at four o’clock. It’s such a natural fit. You press it again to stop the chronograph and again to reset it to zero. I cannot imagine releasing the hand for a mere millisecond. Fiddling around, trying to press another button is an unnecessary workaround, takes focus away and might endanger timing precision. I didn’t read this from any manual, I just got this feeling after playing with it. 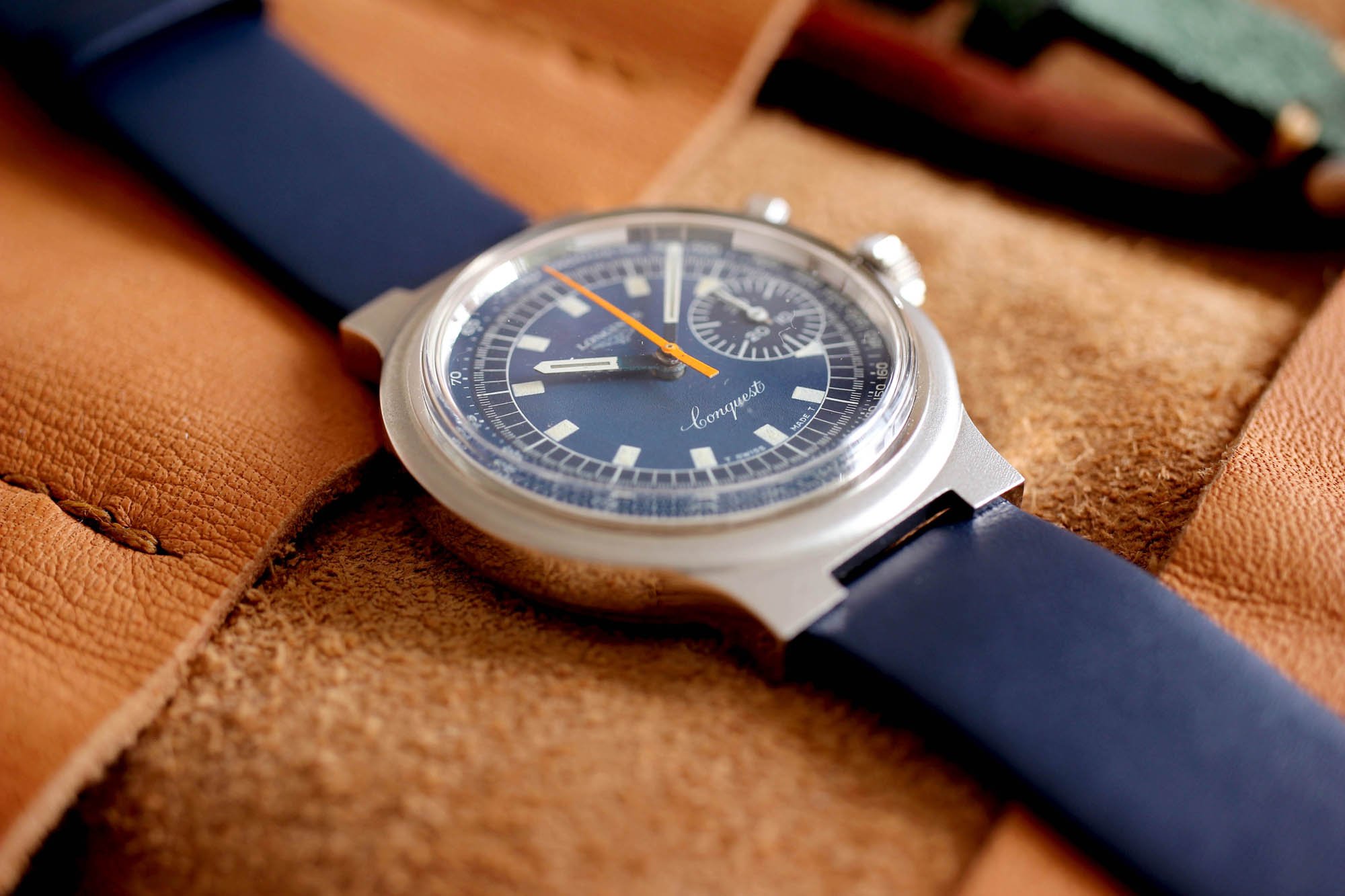 And let’s not forget, the Longines Munich 1972 is so different from other Conquest designs. If you start shifting your focus towards the center of the watch, you might recognize other interesting details. I love the extremely high and closed seconds track so much. It’s original, it underlines the chrono character and allows the perfect reading to one-fifth of a second. The track is printed in a slightly darker color that helps it jump out from the dial background. 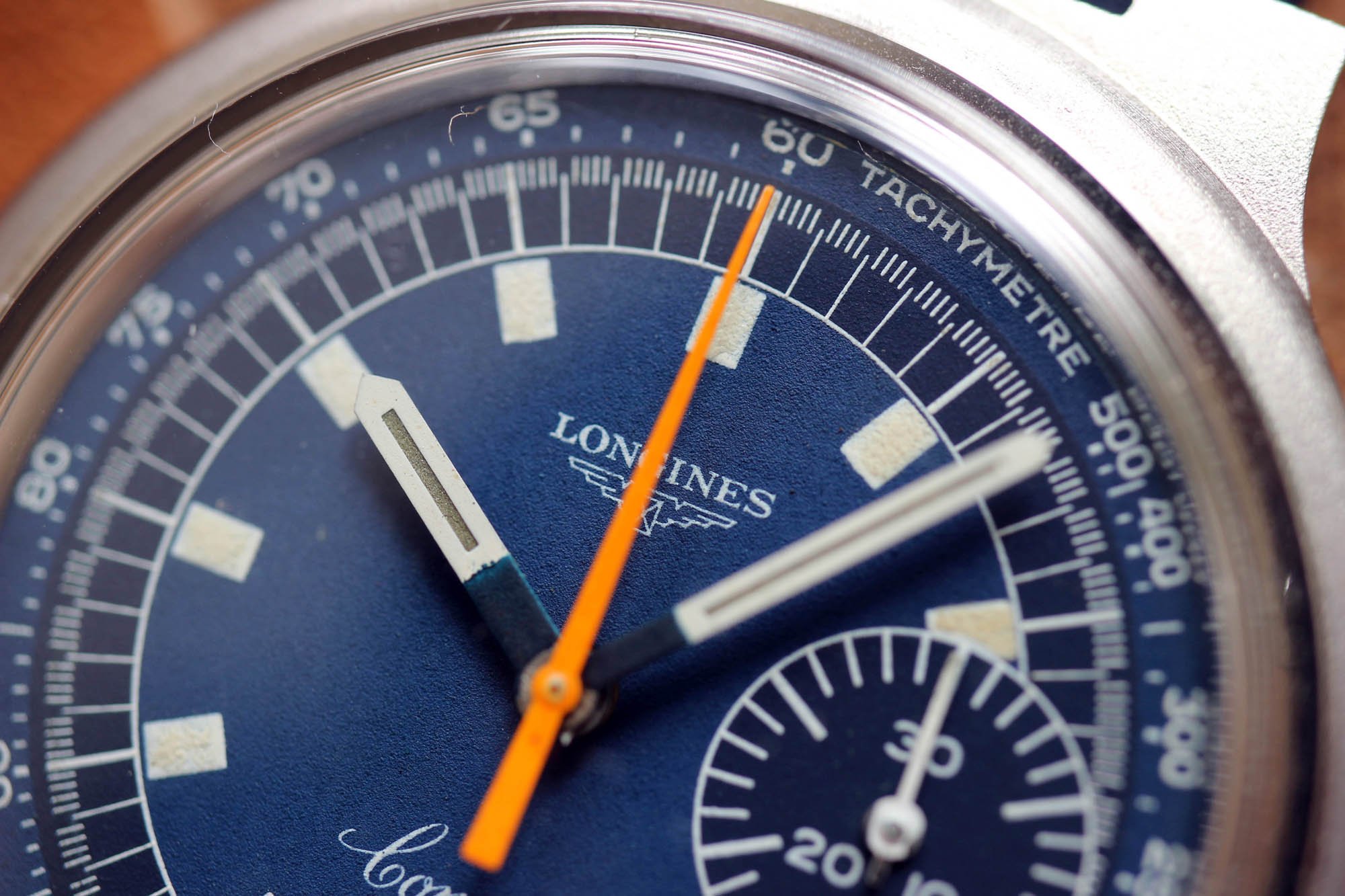 Oh, there is no running second hand! As if the Longines designers tried to tell you once more what this watch was intended for. The one and only sub-register counts minutes up to 30. It is highlighted in a darker blue, exactly as the seconds track and sits close to the start/stop pusher. Your eyes don’t need to travel far to read it. Not being able to see the second small seconds sub-register is an important part of the Longines Conquest 1972 design story.

There is no redundant information on the dial. The only numbering is restricted to the tachymeter scale and 30-minute sub-dial. The Longines and Conquest logos are not disturbing at all. They look majestic and give the watch a particular elegance. The simple and relatively thick hands perfectly match the short, chubby indexes. The tritium on some of the Munich 1972 Conquests ages into a seductively rich yellow tone. Mine has gone a pale yellow color, which I very much enjoy. The central orange hand plays a core role as it narrows slowly to the tip. Considering the 36mm diameter of the watch, the chrono hand length is remarkable, especially the tail part. 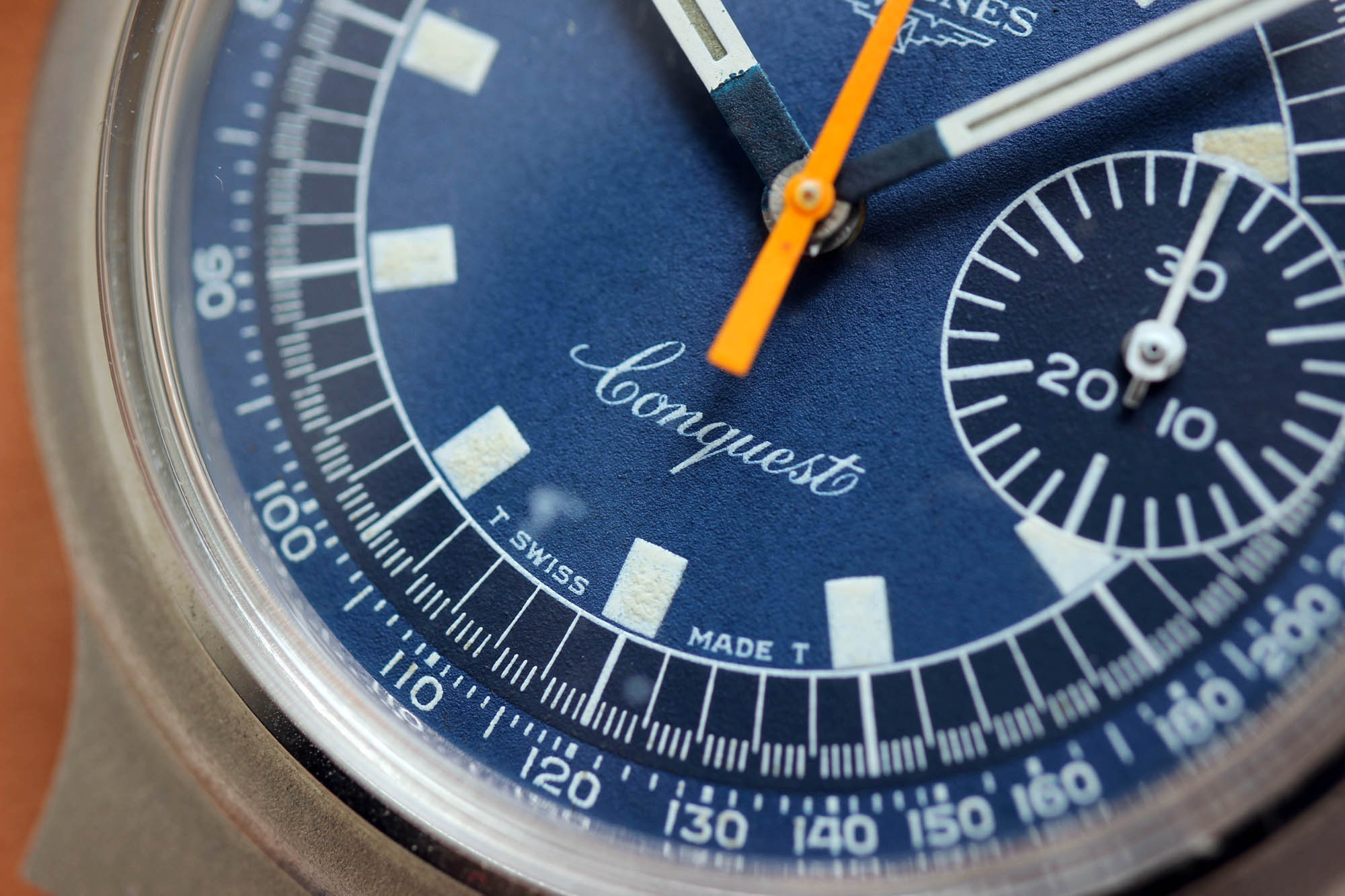 The lugs are so short they don’t even look like lugs at all. From the front, it is hard to call them lugs. They seem much more like two broad pedestals that the dial stands on. I would not expect to like it, but funnily enough, the opposite is true. They don’t make the case feel like a chunky piece of steel, which is often the result of this design solution. By the way, the top matt finish looks almost like titanium and it contrasts nicely with the thin, highly polished ring around the Plexi. 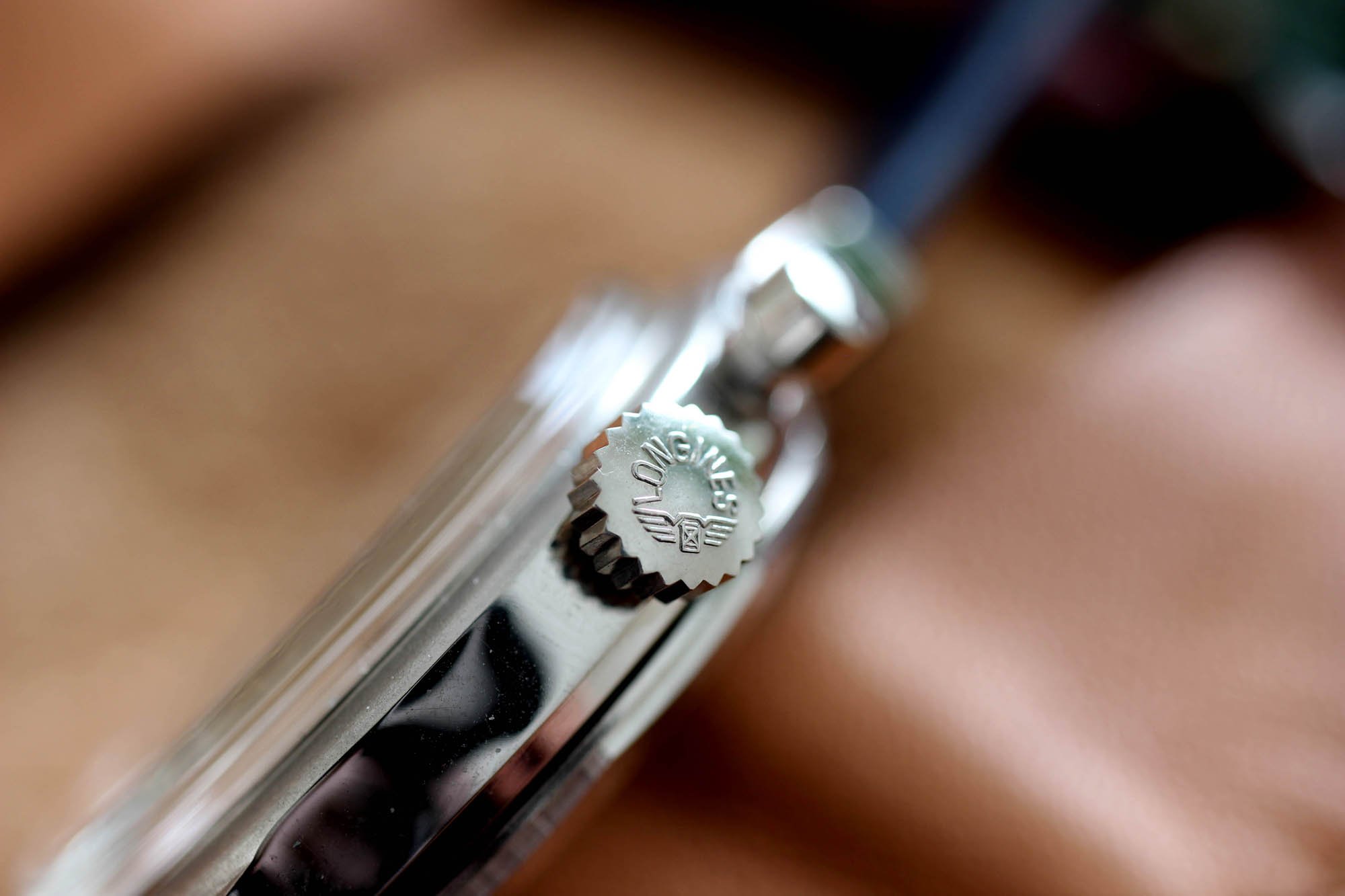 Speaking about lugs not being lugs, if you turn the watch over, the lugs look similar to lugs on any other standard watch. I managed to land a piece with a very nice case back. There are two inscriptions around the Olympic rings: “XX Olympic Games Munich 1972” and “Official Timer At The Olympic Games.” Most worn Conquest watches have the black color gone, so the Olympic marking is not so visible. Do I mind that there is no Olympic reference on the front? Not at all. 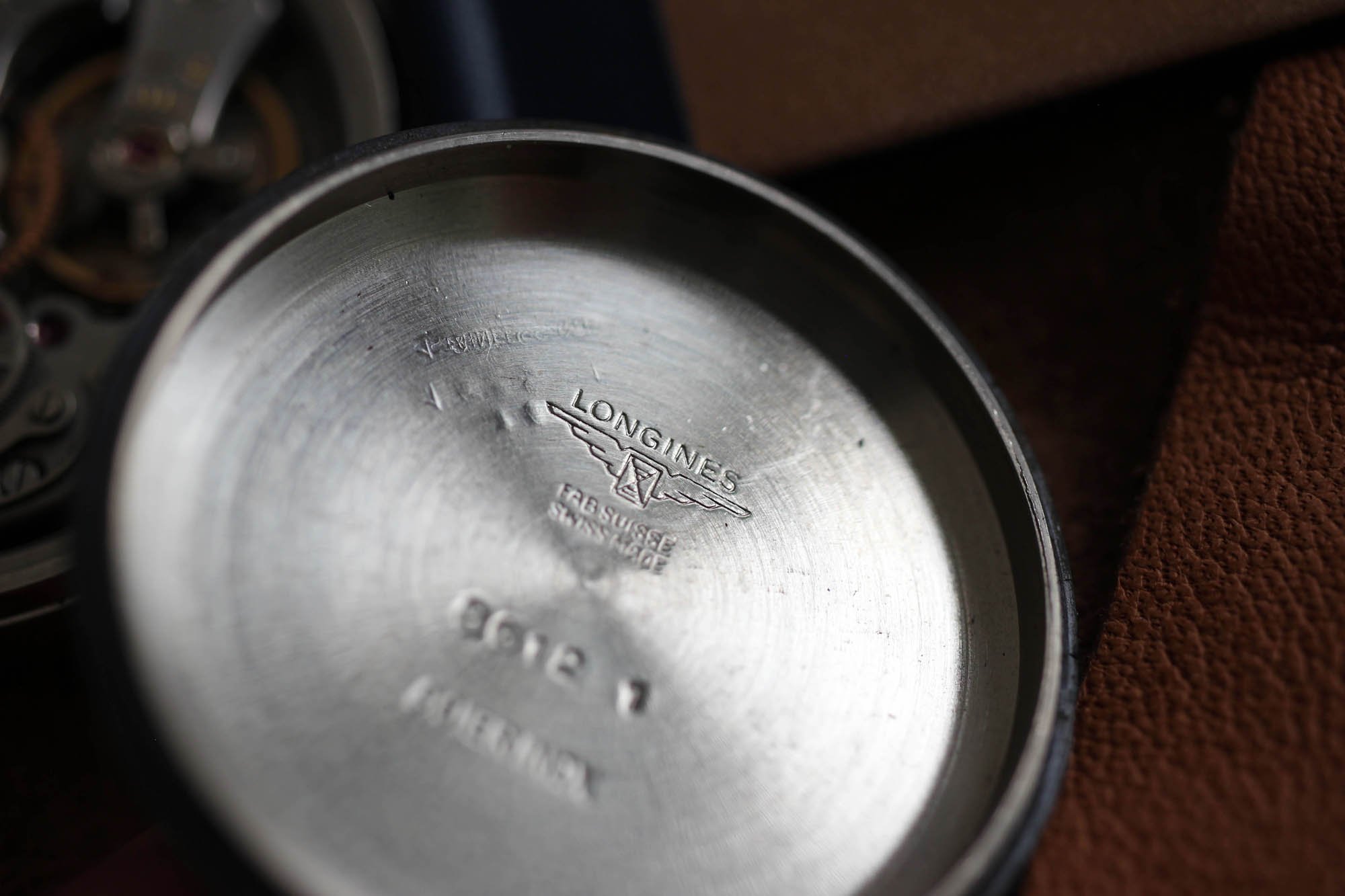 The Longines Conquest Munich 1972 was given reference number 8614. It was also available with the silver dial. But I consider this blue one to be the one with the best execution. It is powered by a Longines caliber 334, which was based on the Valjoux 236. I think the Conquest Munich 1972 models are still a bit overlooked. Longines, a quality Valjoux-based movement and thoughtful design with a strong attitude, all for around a thousand euros make it a great deal. 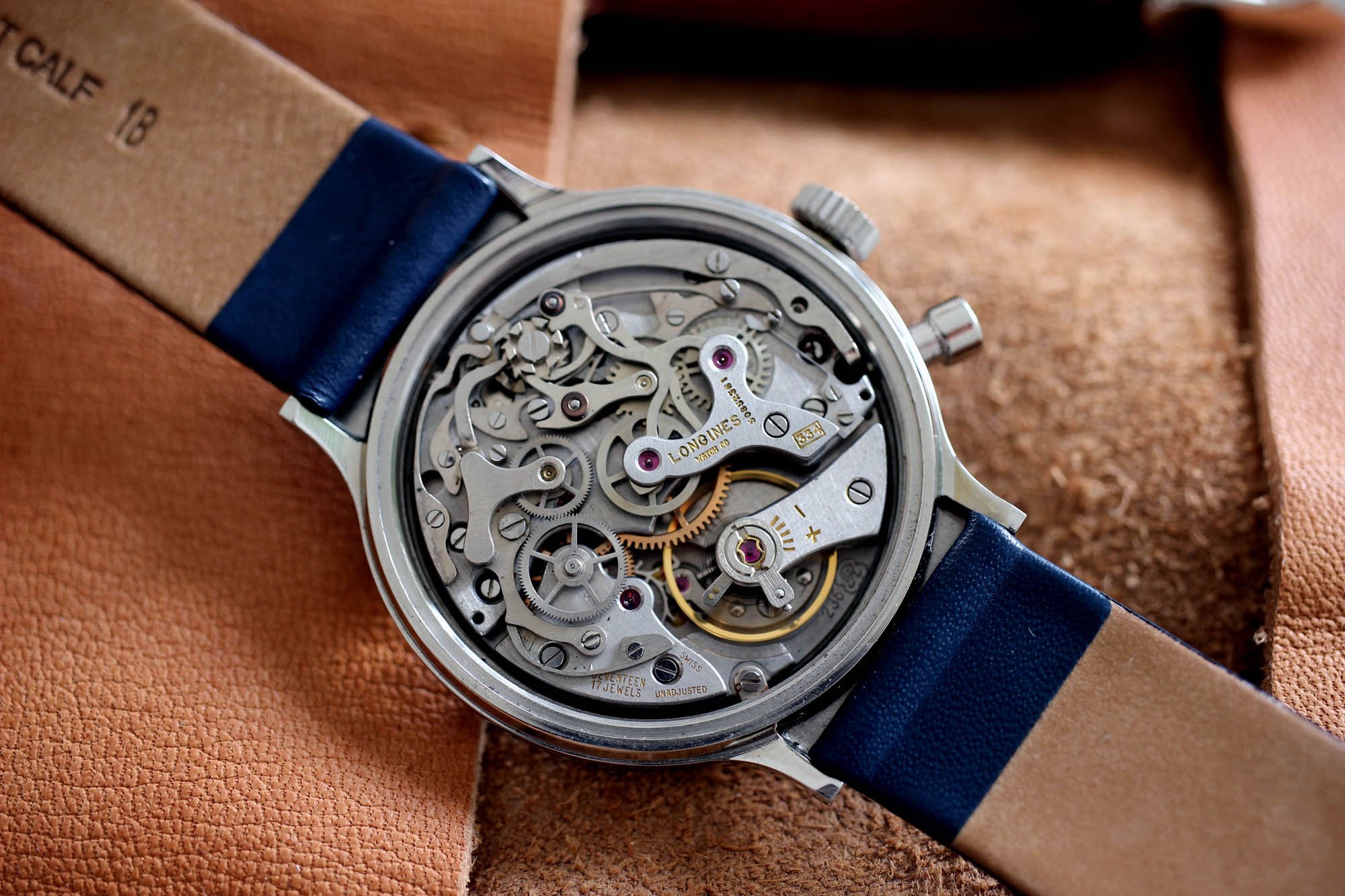 The 1972 Munich Olympics are historically significant for several reasons. First of all, there was the attack of the was Palestinian terrorist group called Black September that took eleven Israeli Olympic team members hostage and killed them along with a West German police officer. Secondly, there was also a disputable Soviet victory in Olympic basketball finals. With less than 10 seconds remaining, the Soviets led by just one point. With Collins’ successful free throw, the Americans took the lead just three seconds before the final buzzer. The Longines timekeeper Andre Chopard was instructed to reset the clock. The result was a chaotic ending, culminating with the Soviets scoring again and winning 51-50. No American basketball team had ever lost an Olympic match up to that point. The Americans felt cheated and they never accepted their silver medals. They remain in the Olympic museum in Lausanne to this day. 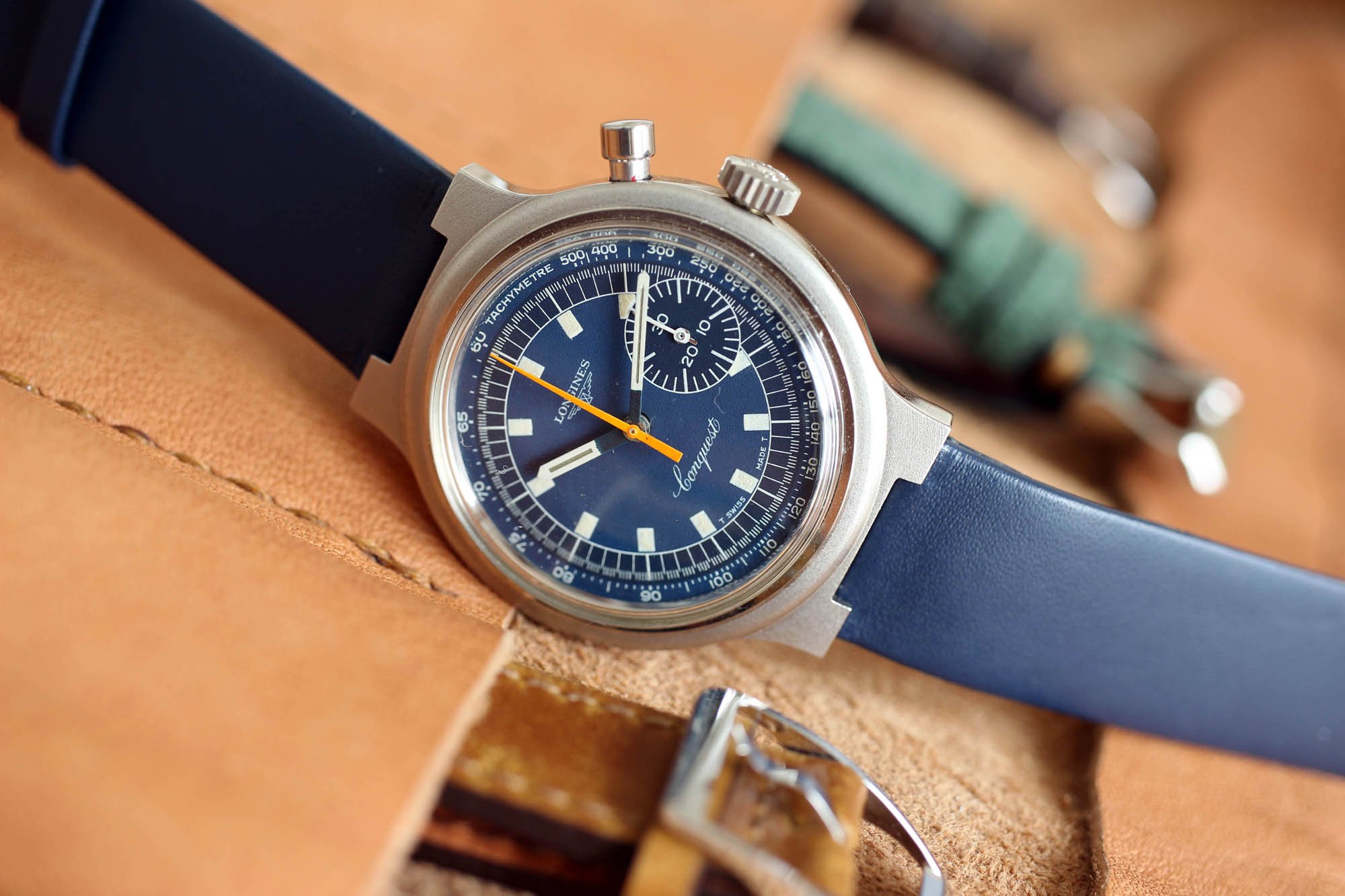 The Longines Conquest Munich is smooth and original. It’s true to its purpose, down to the very last detail. No other wristwatch reminds me of the legendary stopwatch designs as much as this Longines. It seems small, but it doesn’t get lost on your wrist. I wear it to the office and don’t hesitate to slide it under the cuff for a Sunday family lunch. If you’re looking for a striking chronograph with a long heritage and a strong link to significant historical events, it doesn’t get better. Happy hunting.