Roughly 5 months ago I published a #TBT about a vintage Tissot Navigator. That article was titled „before”. Anyone who read that piece knows exactly why I gave that name to the write-up. The watch I bought was in sorry condition, the crystal was cracked and it was not original, the bezel was damaged, the case was dirty and scratched up and last but not least the movement was rusty and in such a condition that it really was screaming for a restoration. We decided to feature it anyways then have it serviced so we would be able to compare the before and after shots and show you dear reader that even a lost case can turn out to be a success story. As the great roman philosopher Seneca said: „Luck is what happens when preparation meets opportunity” so I really tried to keep this in mind throughout the whole process. I think we succeeded and the result is one stunning vintage Tissot Navigator Yachting brought back to life. 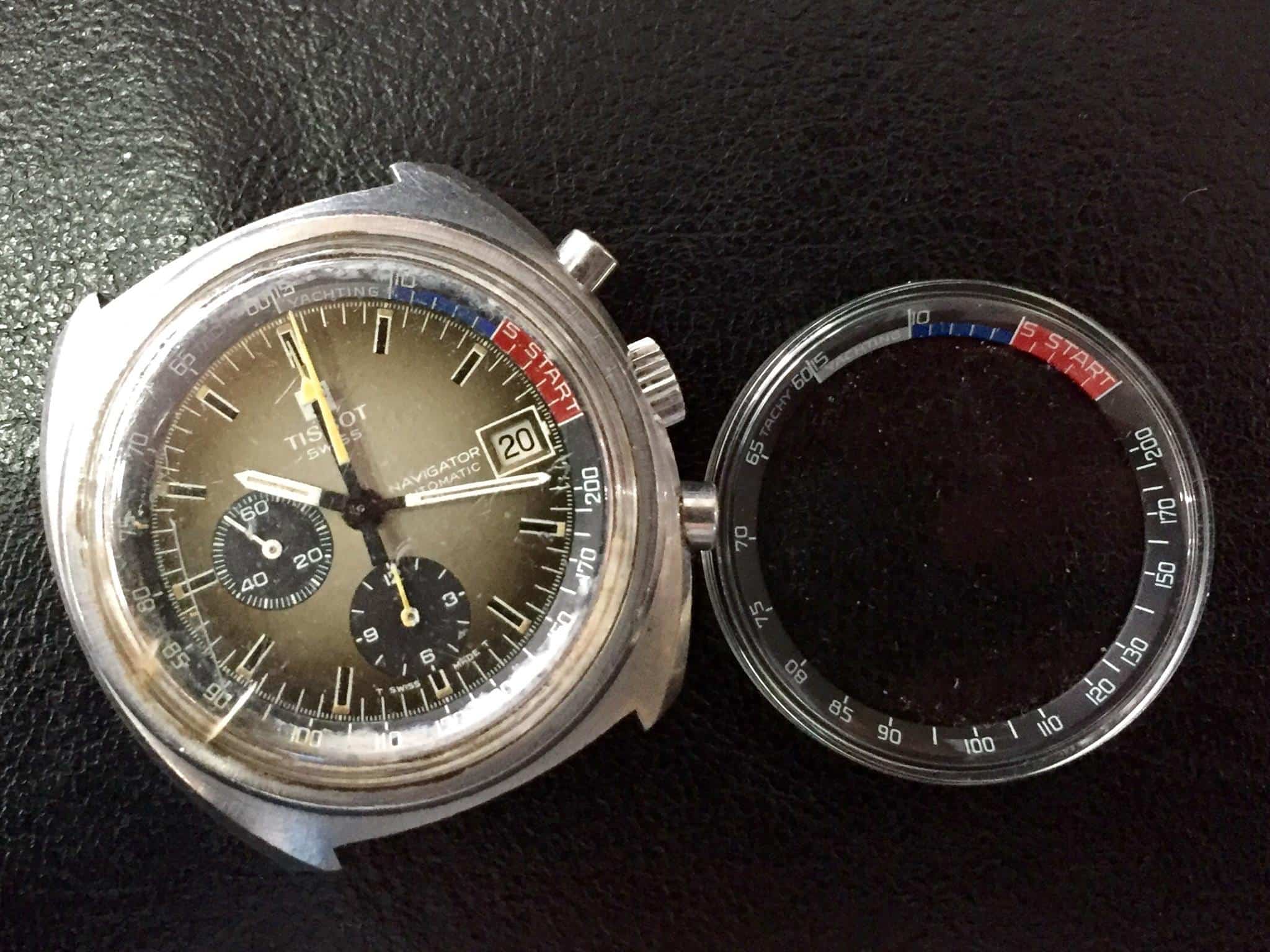 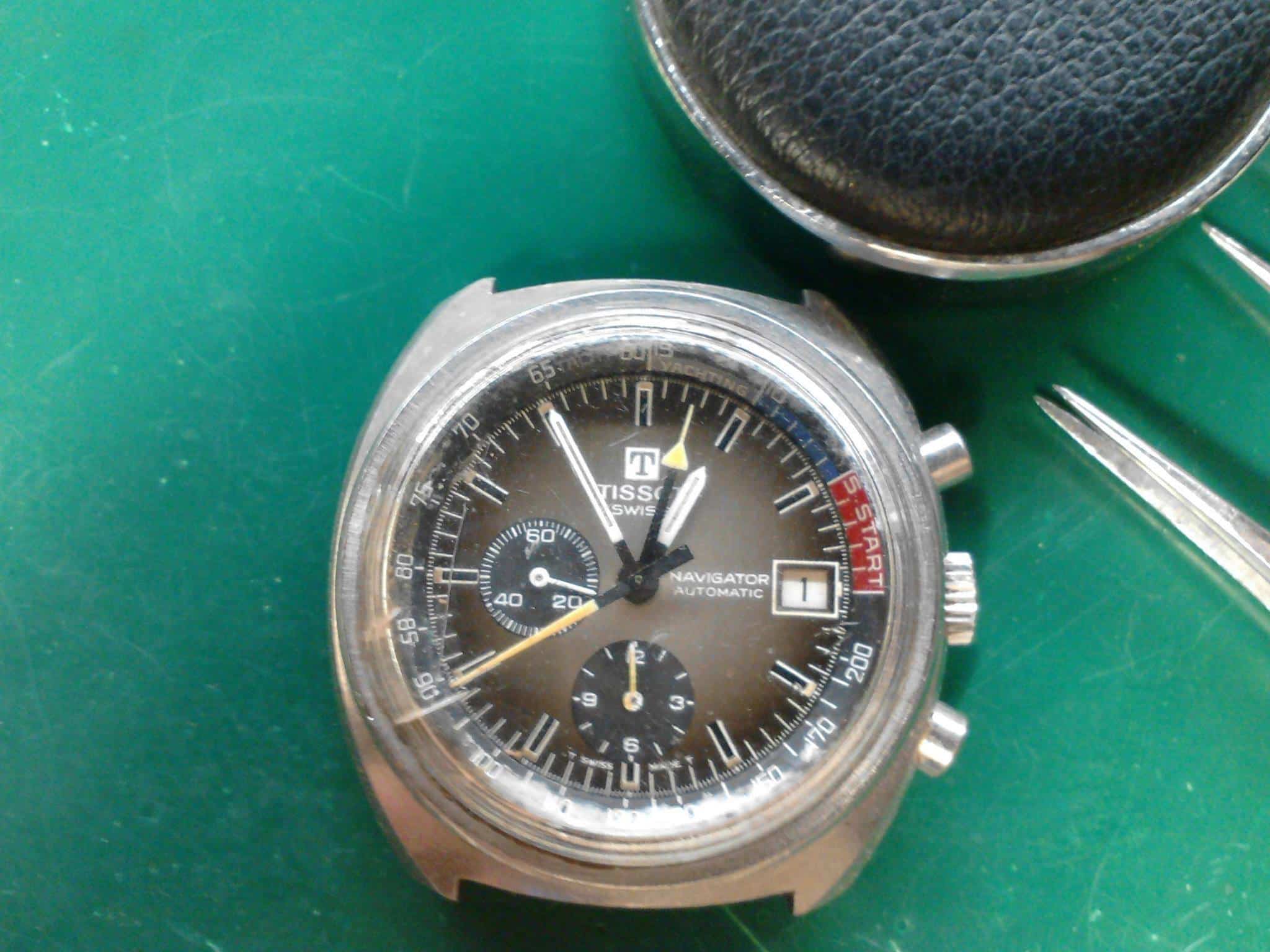 Back in the day every (gentle-)man had his own shoemaker, tailor or barber, a tradition we unfortunately lost along the way. That craftsman knew what the client preferred in a shoe, how long the suit jacket sleeves should be tailored or whether he fancied a spicy or a fresh after shave when he received his hot-shave. When I think of watchmakers this is exactly where I position them. Us, WIS, trusting our watches with someone is like trusting our most precious treasures and we want everything to be fast, efficient, perfect and cheap of course. So finding the right man to do the right job is crucial. When I was writing the previous article I already had a company in mind for the job. I have to say I do not only have one watchmaker but a good few actually. This is something that comes with the territory when you work with watches day in day out, but I had no doubt which one is going to do the job for me. My good friend and owner of LocalTime Mr. Andreas Gregoriades was informed that I might have a job for his business as I knew his company has tremendous experience in this field. Andreas is not only a very cool and friendly guy but someone I can but encourage you to do business without any doubt. He is kind of like a Jack-of-all-trade in a good way dealing with anything and everything vintage watch related including accessories. So when I deiced to go with his company and have the job done by them I knew my Tissot Navigator Yachting will be taken care of properly. 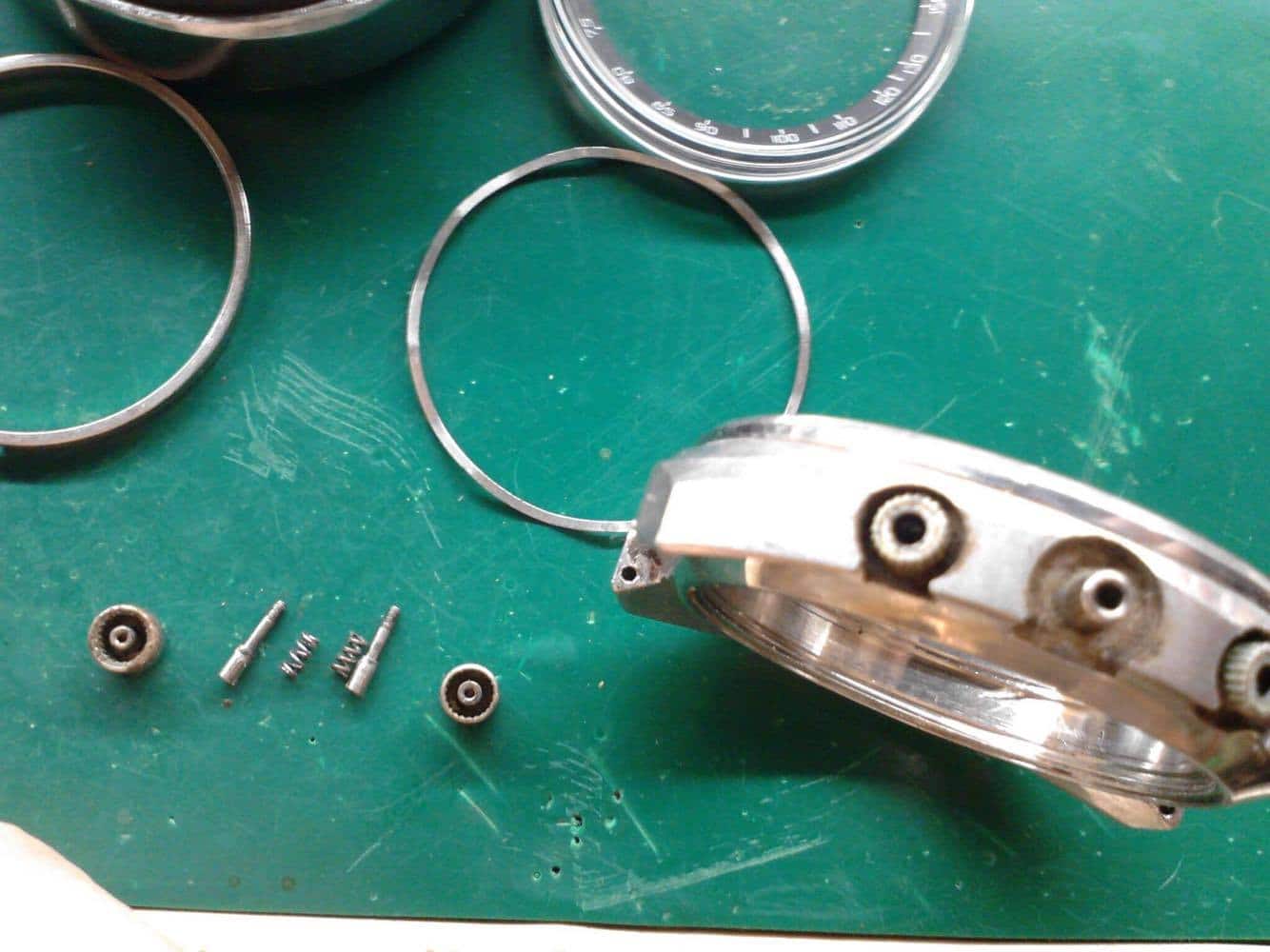 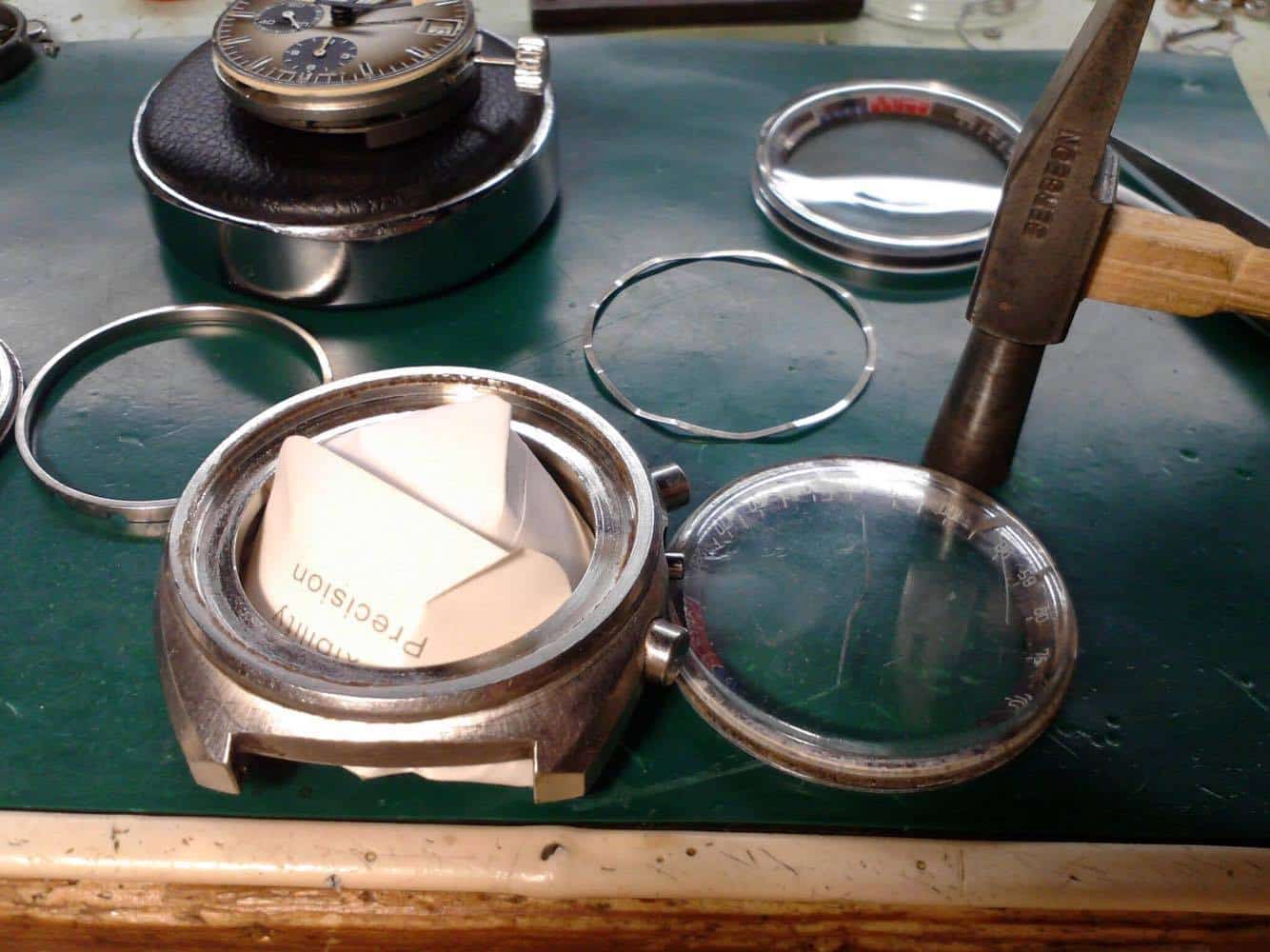 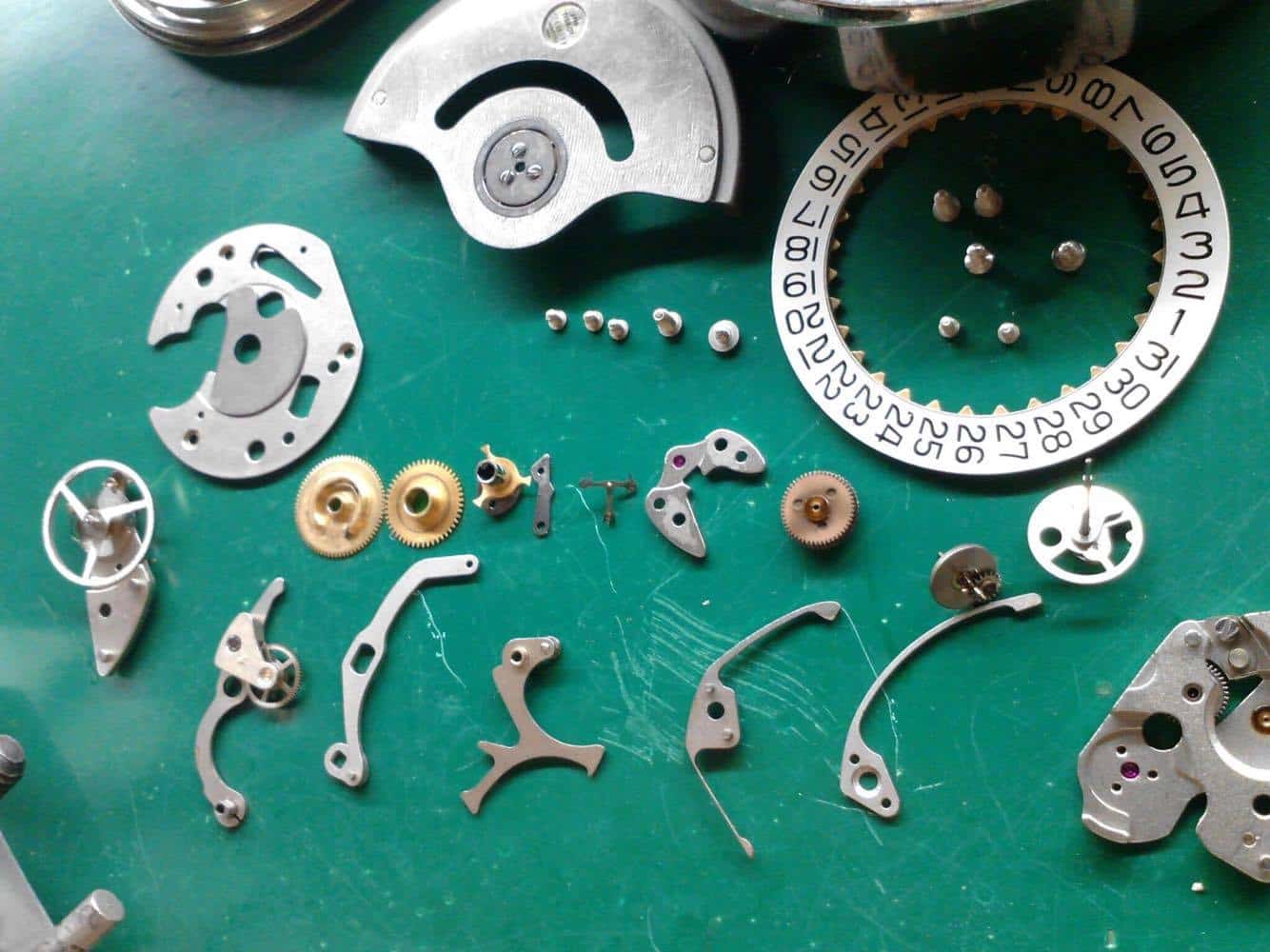 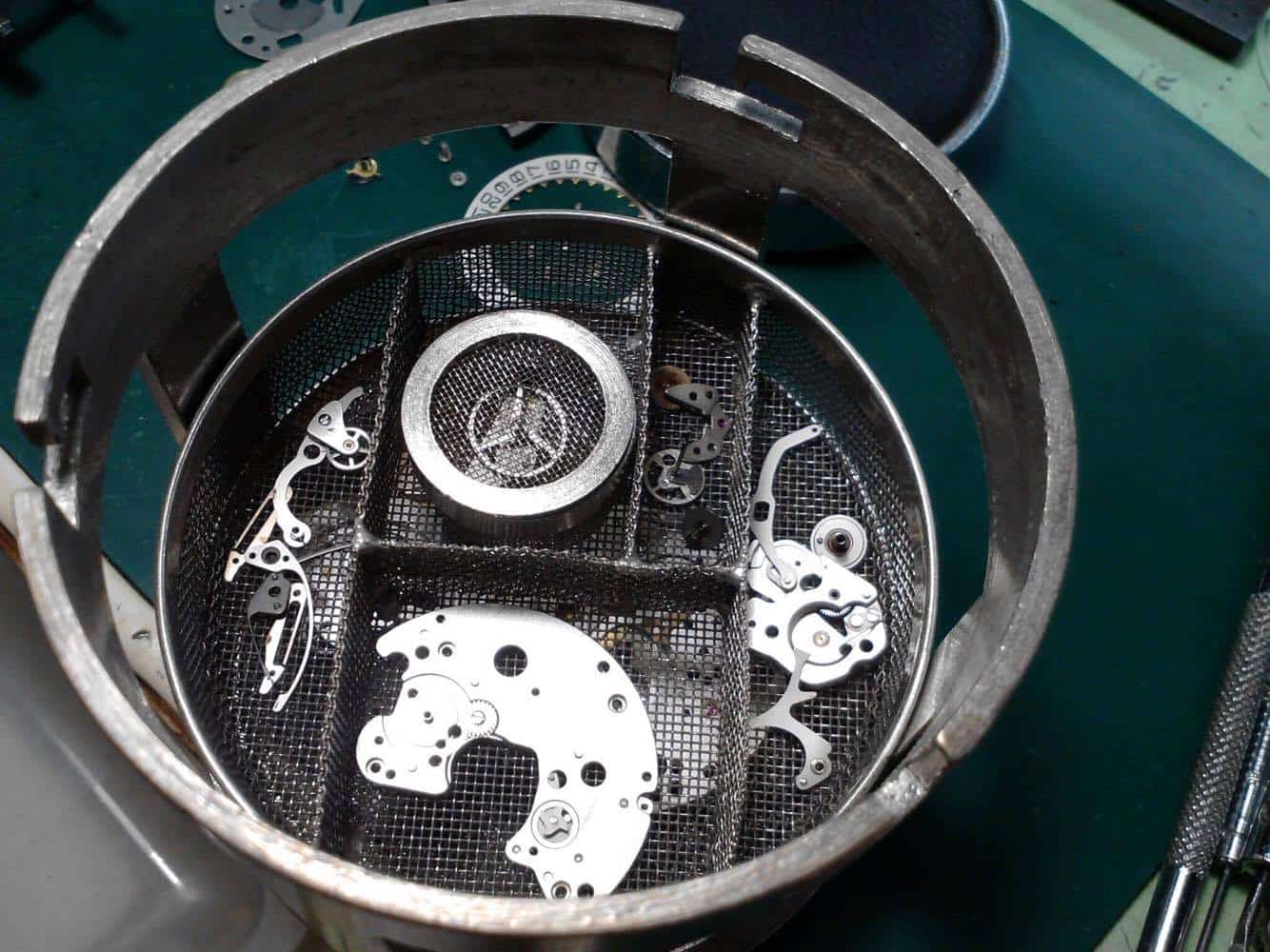 Finding the right man (or men in this case) for the job is of course only half a success. I could only hope that the parts I knew I would need are actually the only parts required to do the job. It was obvious that the bezel was a goner and so was the crystal. I managed to find the right bezel on Omega Forums but it took ages to arrive due to the first parcel getting lost in transit. So the second parcel arrived and nicely packed with the watch head, off it went to sunny Cyprus. It safely arrived to the shop and the preparation started but then came the second bad news; no fitting crystal was to be found. As I already mentioned in the previous article the majority of the parts used in this watch were produced by Lemania, which was then used by brands like BWC, Orfina, Croton, Alpina, and Omega. As we know Omega and Tissot merged in 1930 forming the SSIH (Société Suisse pour l’Industrie Horlogère), which then later became the Swatch Group after a couple of more business merges.  In 1932 Lemania also became a member of this group becoming the majority parts provider for the brands Tissot and Omega. This did not only mean that they shared the same movements but cases, dial sizes but even hands were identical and interchangeable. The Tissot Navigator Yachting was sold with an Omega crystal where the omega logo was visible in the center. I needed to find a new old stock crystal that would fit to the case and the already ordered bezel. After a good few hours browsing different sites on the world wide web I miraculously found the parts I needed on Northern Watch & Clock Supplies’ website and ordered it. They only had the crystal with the bezel but the price was fair and I did not mind having and extra bezel in case anything goes south. I had the parts shipped directly to Cyprus and so the work has finally begun. 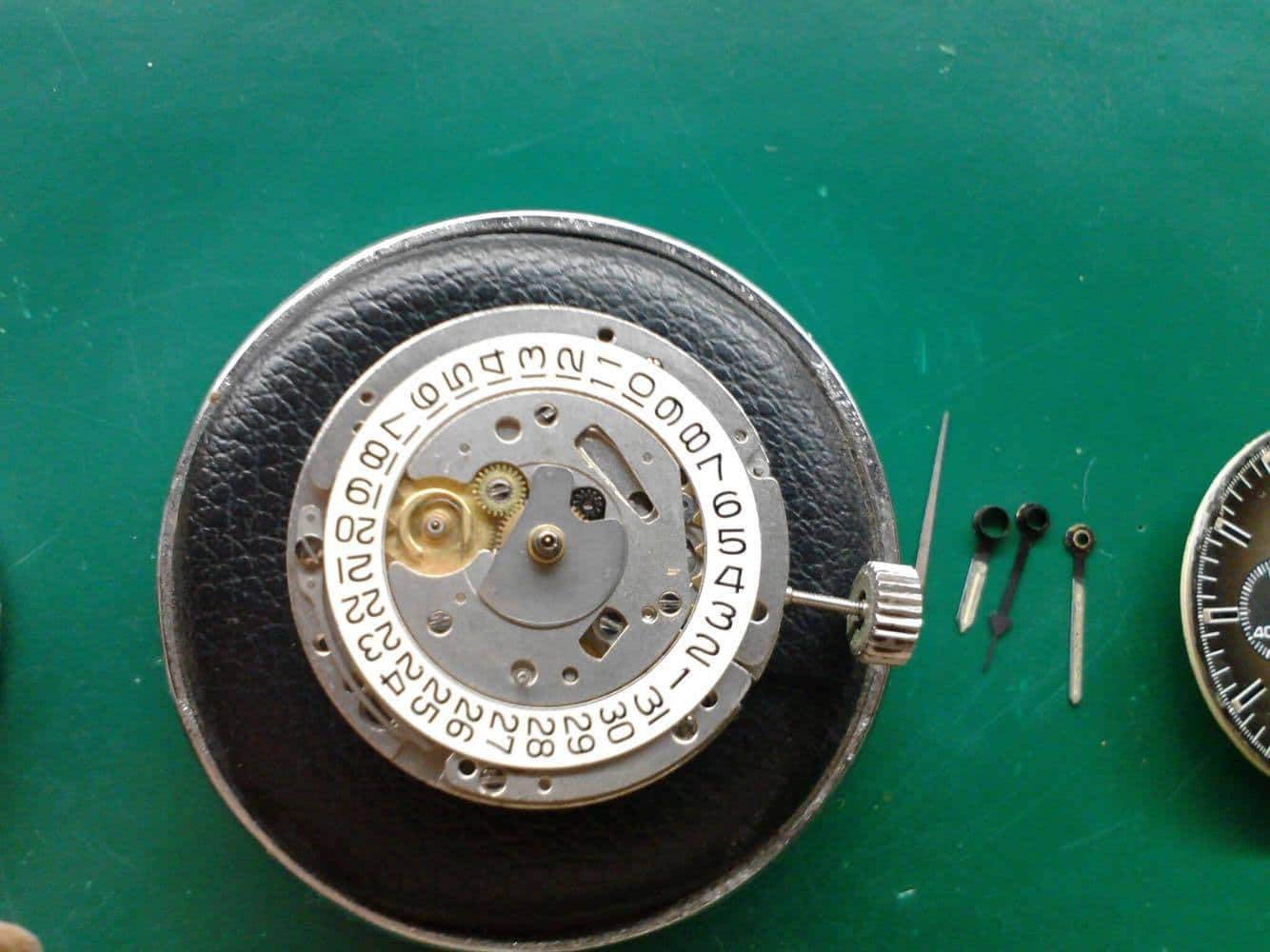 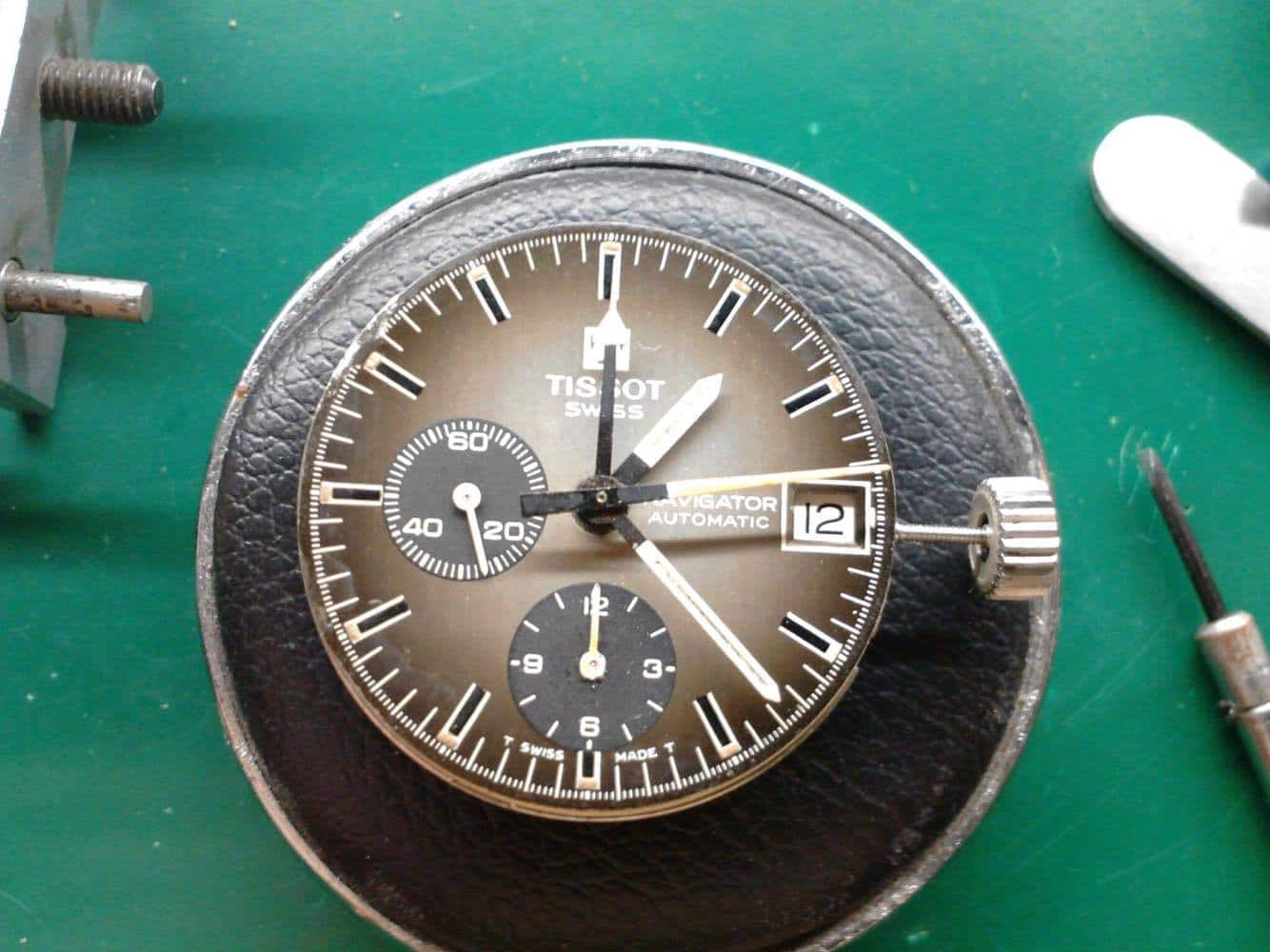 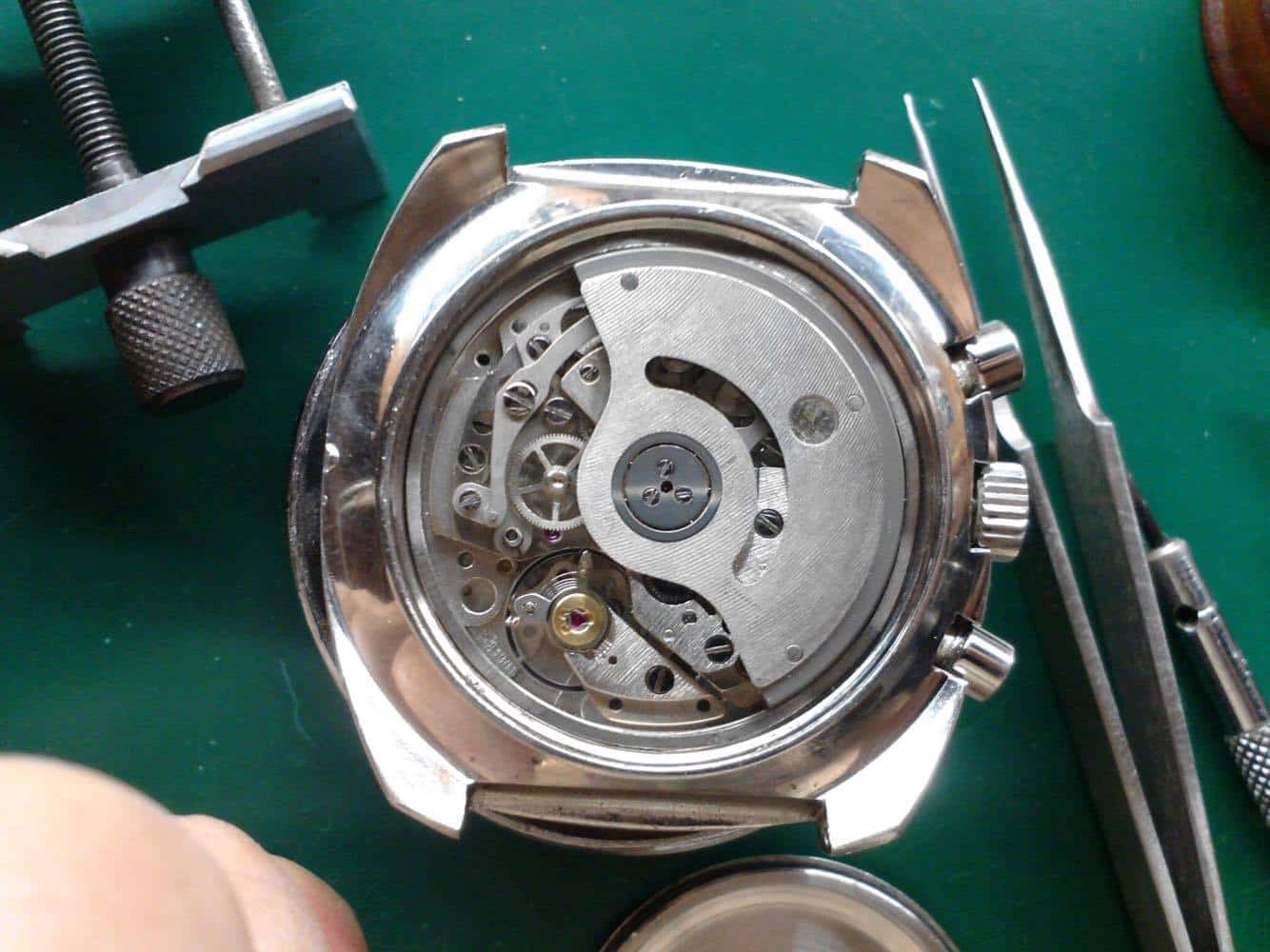 As with most cases, after all the parts were there and the watchmaker started to work his magic on the Tissot Navigator Yachting I heard nothing from LocalTime until about a month back when I received a photo of the finished product. Luckily all the parts matched and nothing else needed to be replaced so after the whole watch was completely taken apart, clean, put together, oiled and regulated it was ready to be enjoyed again for another 30-40 years. It is advisable to take your watch to a watchmaker every 4-5 years, have them examine it and perform a service if needed but hopefully it will never be in the condition I found it on eBay many months ago. On Andreas’ advice I decided not to give the case the lapping machine finish so it will preserve its vintage character and my intention was never to reinstate its factory condition anyways. Still, the final outcome is more than satisfying and a huge step from the condition you can see the watch in the “before” photos.

One update though on the dial; in my previous article I write “According to my knowledge the Tissot Navigator Yachting was produced with 2 dial colors; dark blue and this bronze/gold toned one. I have seen one or two examples with red dial but I doubt that they left the factory with that dial and the yachting bezel.” I have to admit I was wrong as the Tissot Navigator indeed had a version with red dial and yachting bezel. So much so that the version with the red dial is much rarer than the blue or this bronze one.

A reader from the UK contacted us and told us how he bought his watch for £100 in 1976 for his 20th birthday. The watch came on a leather strap which he later changed to an Omega bracelet (common procedure at that time) and his watch actually had the red dial and yachting bezel. 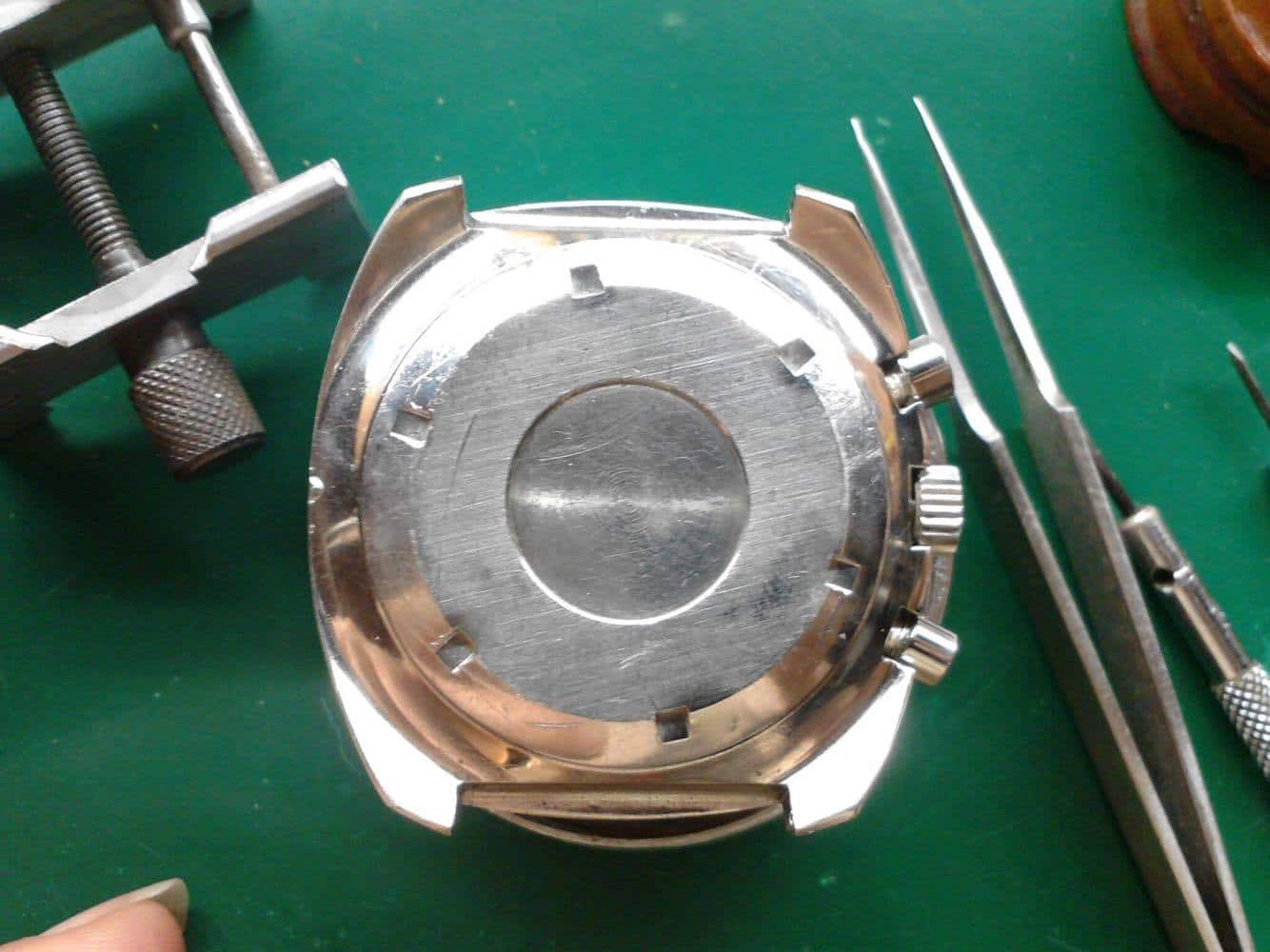 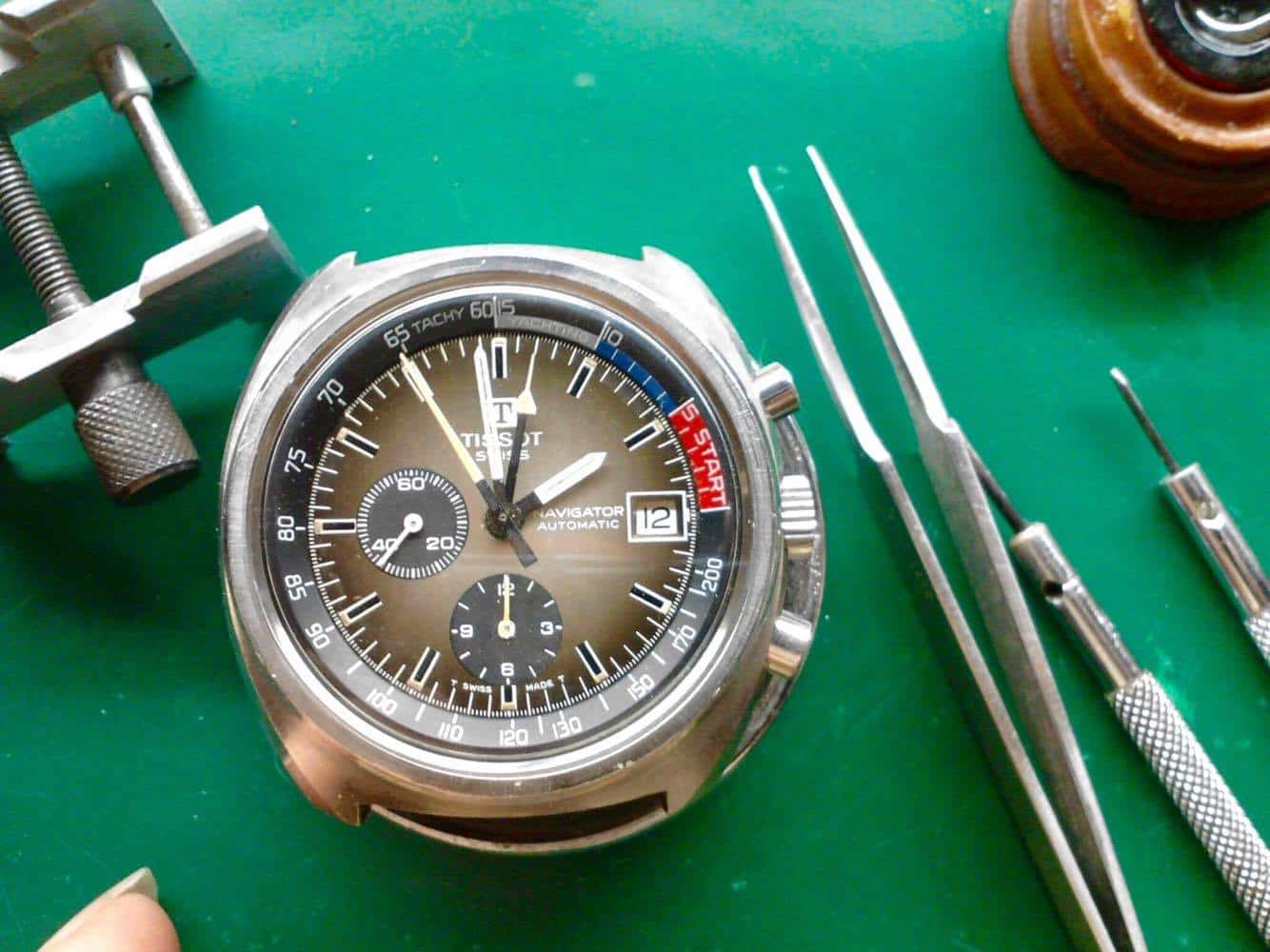 There, as I said it before I am very happy with the outcome and I hope you feel the same way after reading the article and looking at the pictures. I would like to say thank you to LocalTime for the job and everybody else who helped me with this project. I’m off to find a matching black 22mm Tropic Sport strap which adds to the diver/sea DNA of my Tissot Navigator Yachting.