What do a historical tool watch and a plastic pop-culture hit have in common?
Lex Stolk
comments 18
Share

In 1904, Louis Cartier made the first-ever “pilot’s watch” for his pioneering aviator friend from Brazil, Alberto Santos-Dumont. It was a stylish tool watch that went up in the sky and became a universal classic. In 1983, the Casio G-Shock Square broke onto the scene. The watch was the vision of Kikuo Ibe, the Japanese Casio engineer who threw prototype watches from the building he was working in… Not out of anger, but because he wanted to create an unbreakable watch. It took over 200 prototypes to reach his goal, but eventually the robust, colorful, and affordable G-Shock became a pop-culture phenomenon. In 2022, the Cartier Santos and the Casio G-Shock Square are not what they used to be. And the watches have a lot more in common than you think.

Take in the shape of the Cartier Santos Galbée XL. Now look at a G-Shock Square. And now go back to the Cartier again. Yes, I know, the trained watch eye sees a plethora of differences. But when you look at it a bit more casually, you will notice a lot of similarities too. The Cartier Santos was custom-made for the son of a prosperous coffee planter with a very dandy-esque appearance who wanted nothing else but to fly his self-built machines. It was also the starting point of a classic collection. Louis Cartier infused the 1904 “tool watch” with some very interesting, typically Parisian elements. 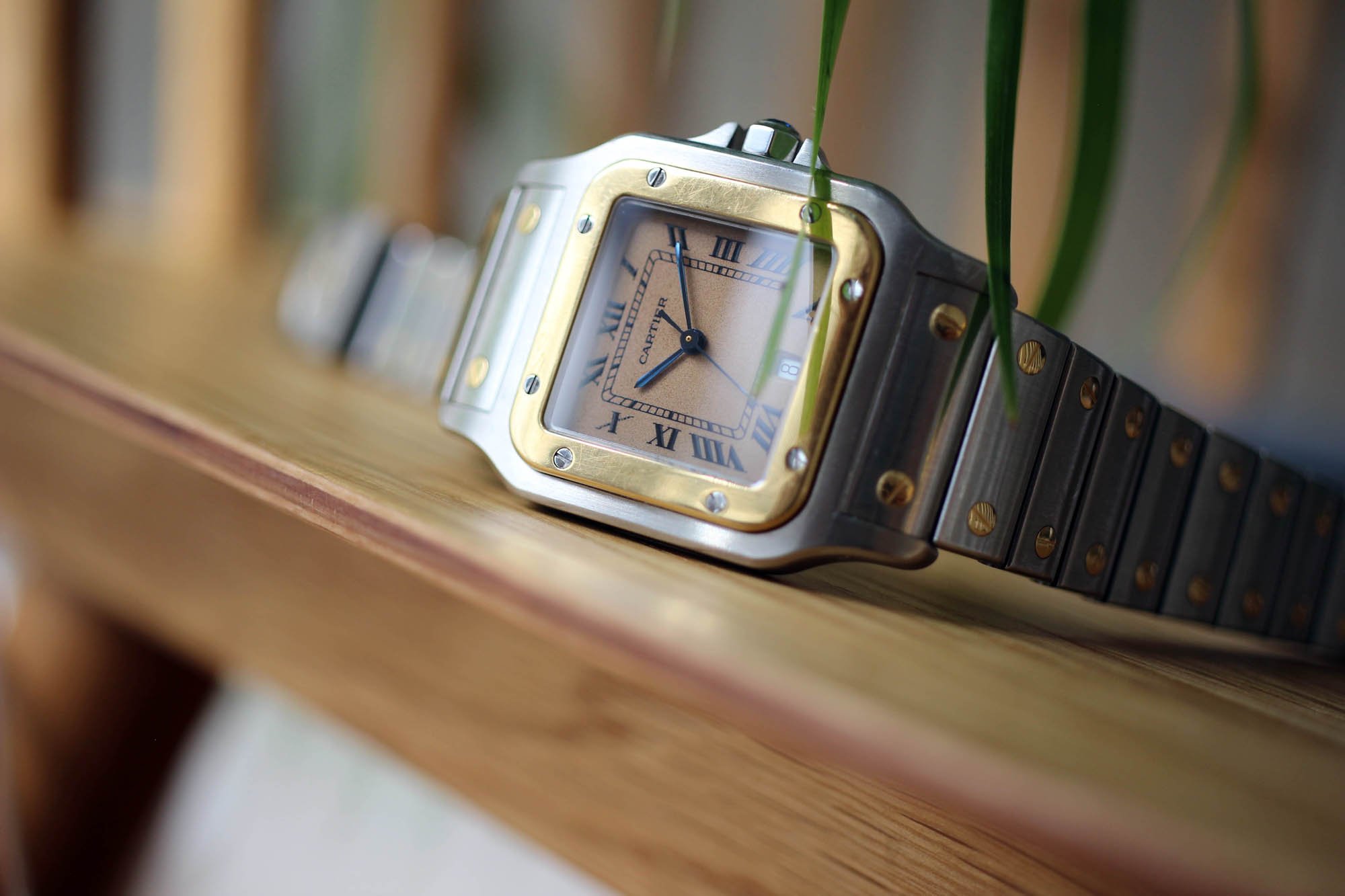 The Casio G-Shock Square started life as an indestructible plastic watch that became an urban fashion icon. I love my GW-M5610NV Navy Blue that I got for a little over €100. But what about the €4,000 titanium MRG-B5000B? I love that one too. But with that watch, the Square has entered Santos pricing territory. Check out the video and come to understand that both the Cartier Santos and the Casio G-Shock Square are not what they used to be.

Hot Topics
Laventure Automobile Chronograph With A Proprietary Movement — Marking A Huge Leap Forward For One Of The Industry’s Most Promising Brands
155 comments
We Talk To Swatch Group CEO Nick Hayek About The MoonSwatch
79 comments
Fratello Exclusive: An Inside Look At The MoonSwatch Production Facilities
75 comments
Selling Your Watch To A Dealer Or Trading It In — Tips From A Former Watch Dealer
49 comments
Summer Splash — Round 2 : Jorg’s Tudor Pelagos FXD Vs. Lex’s Hublot Big Bang Integral Ceramic Sky Blue
48 comments
Popular
A Question From A Reader: “Which Modern Speedmaster Is Closest To The Original Moonwatch?”
Robert-Jan Broer
13
Certina DS PH200M – Hands-On Review
Balazs Ferenczi
21
Hands-On With The Seiko Prospex Dawn Grey Series
Robert-Jan Broer
9