Many Doxa fans have been waiting for this day. The gossip becomes a reality as the brand introduces their Doxa Army diver, a watch that is a modern recreation of a legendary military diver. To be true to their pioneering nature, Doxa presents yet another new material to their collection, ceramic. The new Doxa Army is a unique and limited piece for true brand fans.

People around the brand have been talking about this day for a long time now. Finally, at an event held in New York in collaboration with Watches of Switzerland, the partner of Doxa, the new Army is introduced to the world. 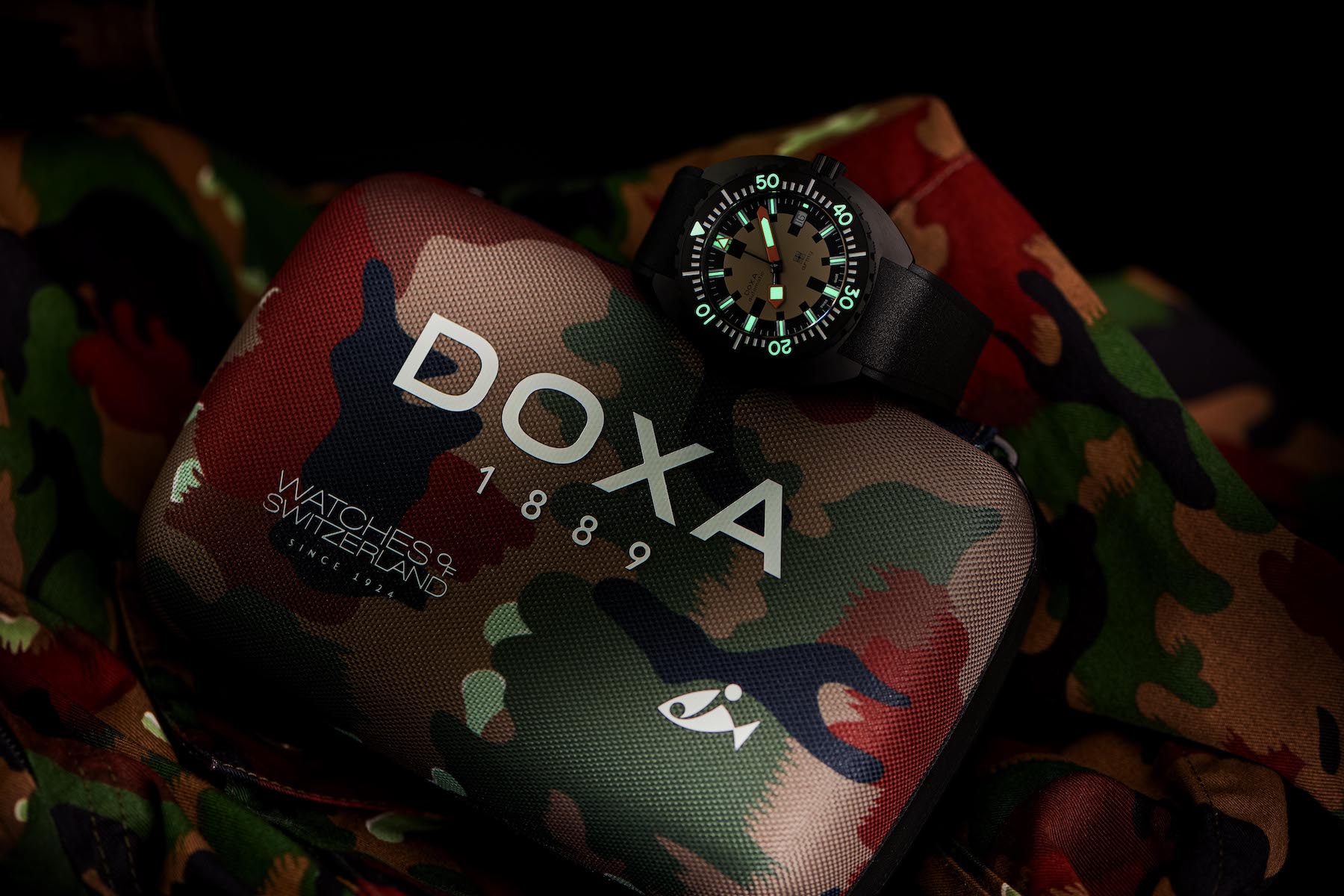 The history of the iconic and uber-rare vintage Doxa Army diver goes almost hand in hand with the Sub 300T’s. It was back in 1967 when the diving world learned the name Doxa. The Swiss brand released not one but two model lines during that year’s Baselworld. The Sub 300 had a slimmer profile and domed crystal. Meanwhile, the Sub 300T was the more robust and, dare I say, sporty version of the pair. Just a short period after that, the Sub 300T passed the evaluation process by the Swiss Army for the watch to become part of the standard equipment issued to its divers. The design, however, is not regular.

The Doxa Army back then was one of the very first watches to use a coated stainless-steel case, an “army” dial, and a unique case back. Each watch came with a unique serial number matching the personal diving equipment with each diver, etched on the case back. 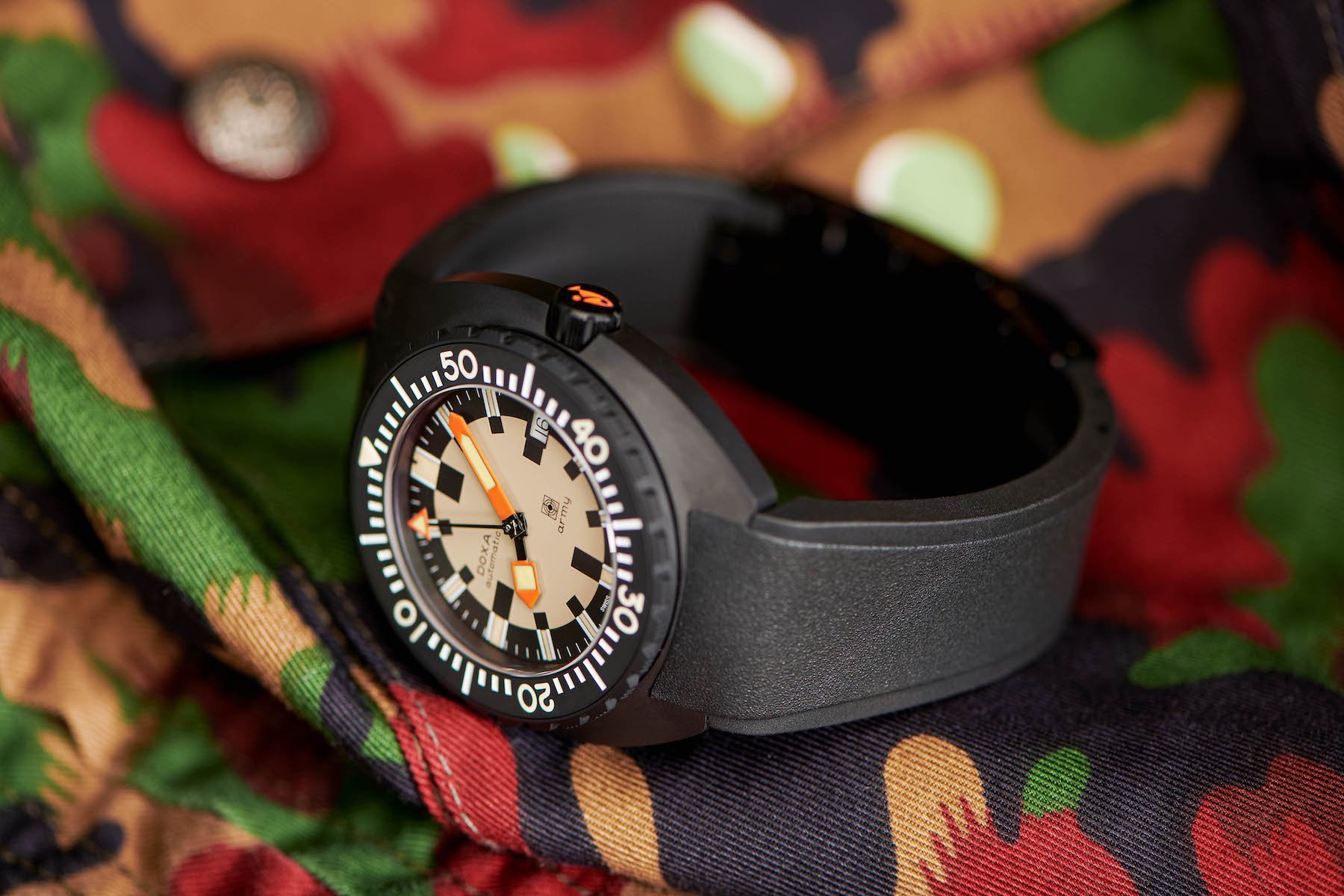 Some 50+ years later, the legendary and sought-after Doxa Army makes a comeback, and the resemblance is uncanny. The new Doxa Army looks and feels just like its vintage counterpart, with a few exceptions, upgrades, if you will. Especially considering the case. Doxa is known to push the envelope when it comes to new materials and processes used in their divers. After the successful launch of their forged carbon cases, the brand dares to step one step further. Ceramic is a material that’s been in the watch industry for a while now, but this is the first time Doxa has introduced the material to our diver collection. The new Doxa Army has the same black case as the forerunner, but the material is definitely 21-century. Not only the case, but the face reassembles the icon; sand-beige and black primary colors, highly visible orange hands, and the unmistakable Army logo. 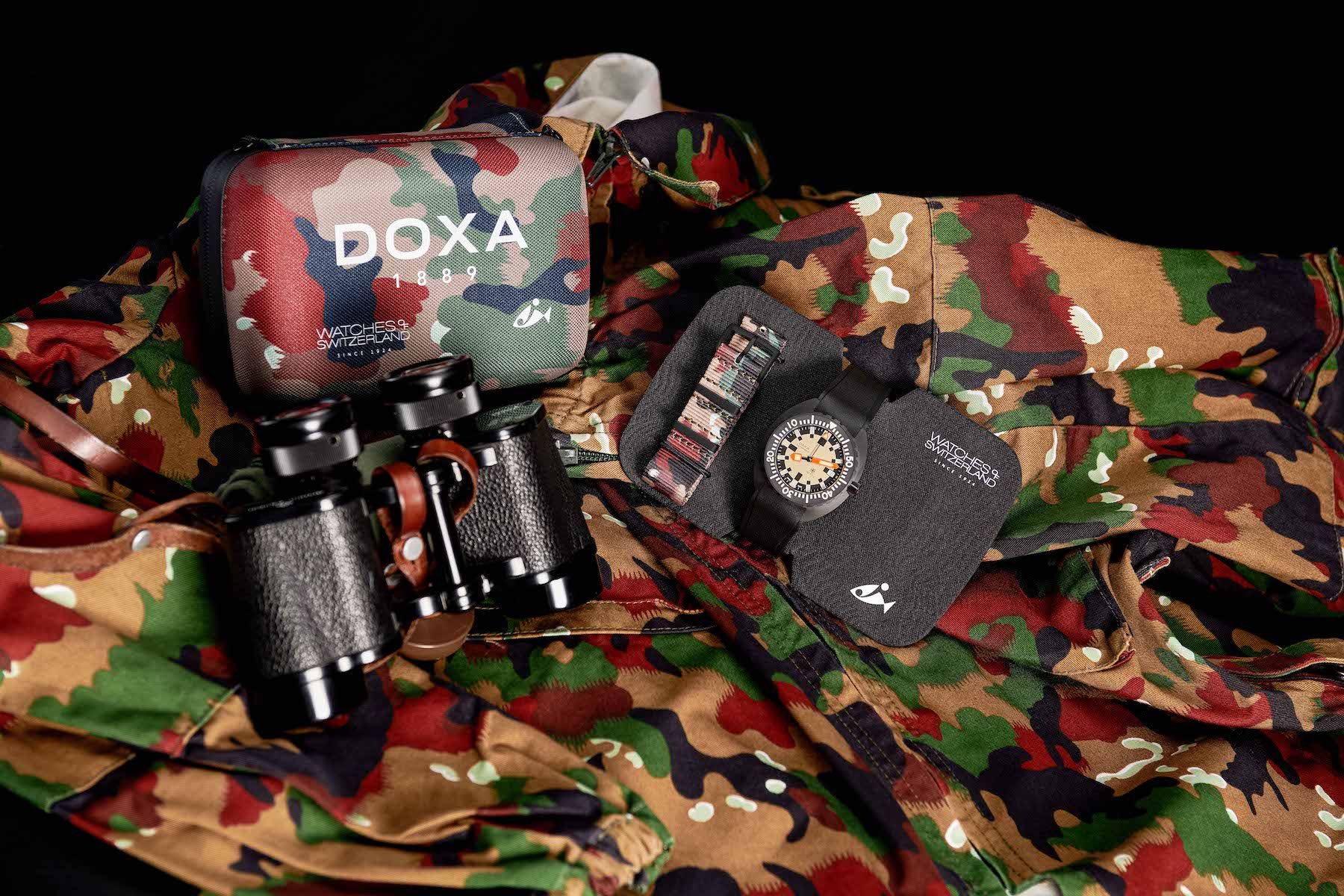 The new Doxa Army was launched in New York at Watches of Switzerland, the US partner of the brand, with some of the Swiss Army Divers unit members in attendance. Like the vintage Doxa Army, the new is also a unique watch. Limited to only 100 timepieces, it will not be a mass product but a sought-after piece and cornerstone for many diver collections. Similar to most Doxa models, the watch comes with a COSC-certified movement in a special military-style box. You can choose between a black rubber strap of a camouflage NATO that’s pattern matches that of the army fatigue used by the Swiss back then. Both straps are part of the package. If you have more questions about the brand or the model, please visit their website.

The previous ceramic and limited edition of the Doxa Army