Stormy. Slick. Sophisticated. Shimmering. Smokey? Smart… These are some of the words I would use to describe the new Grand Seiko SBGE271 (the black dial) and the SBGE269 (the white dial). I’ve never been a massive fan of Grand Seiko’s elegance collection but occasionally find myself taken by one or two of the models. These bad boys have my attention because their existence is justified by one thing and one thing alone. It just so happens that one thing is something I definitely like: texture.

I’m straight of the back of two special edition projects that gave me the chance to play around with my love of texture. The Minase Dividio we released back in March was my take on the Japanese brand’s classic and featured a stunning blue dial, finished by hand (it also featured some elements I insisted upon such as the blacked and engraved movement ring and the decorated rotor weight — two things that, during our design conversations for the Fratello limited, were deployed across the board to the betterment of all Dividio models, in my massively biased opinion). 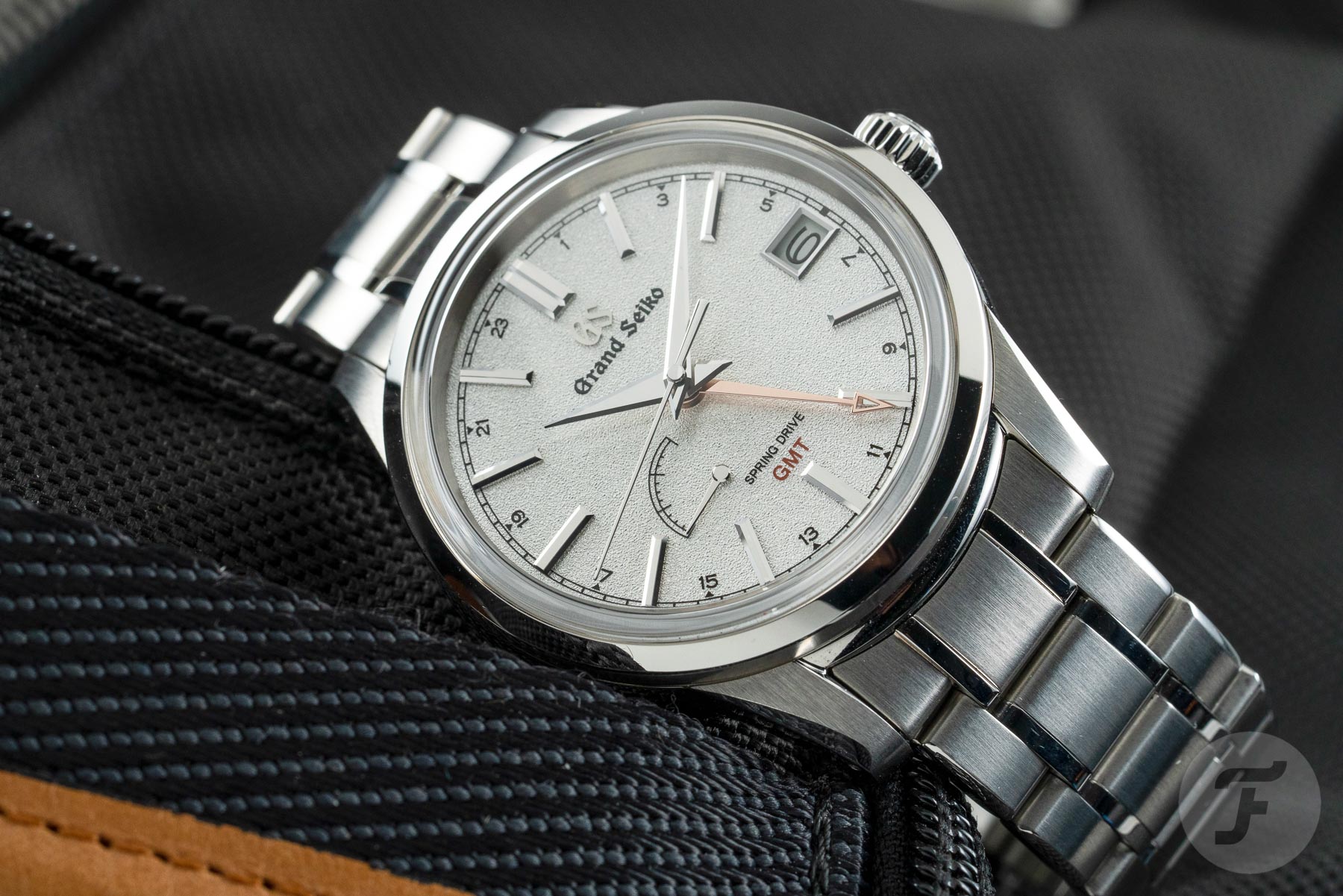 Last week, we released the memorable Czapek Antarctique Passage de Drake Viridian Green limited. While most people focused on the green of the dial (as it is so unusual), its true beauty and multifarious character are revealed through the texture of the flinqué dial. It is a most unusual foundation, resulting in an arresting display. Here, Grand Seiko also reminds us of the power of texture. These dials are anything but static. They are exciting, lively additions to an evermore impressive corner of the Grand Seiko catalog. 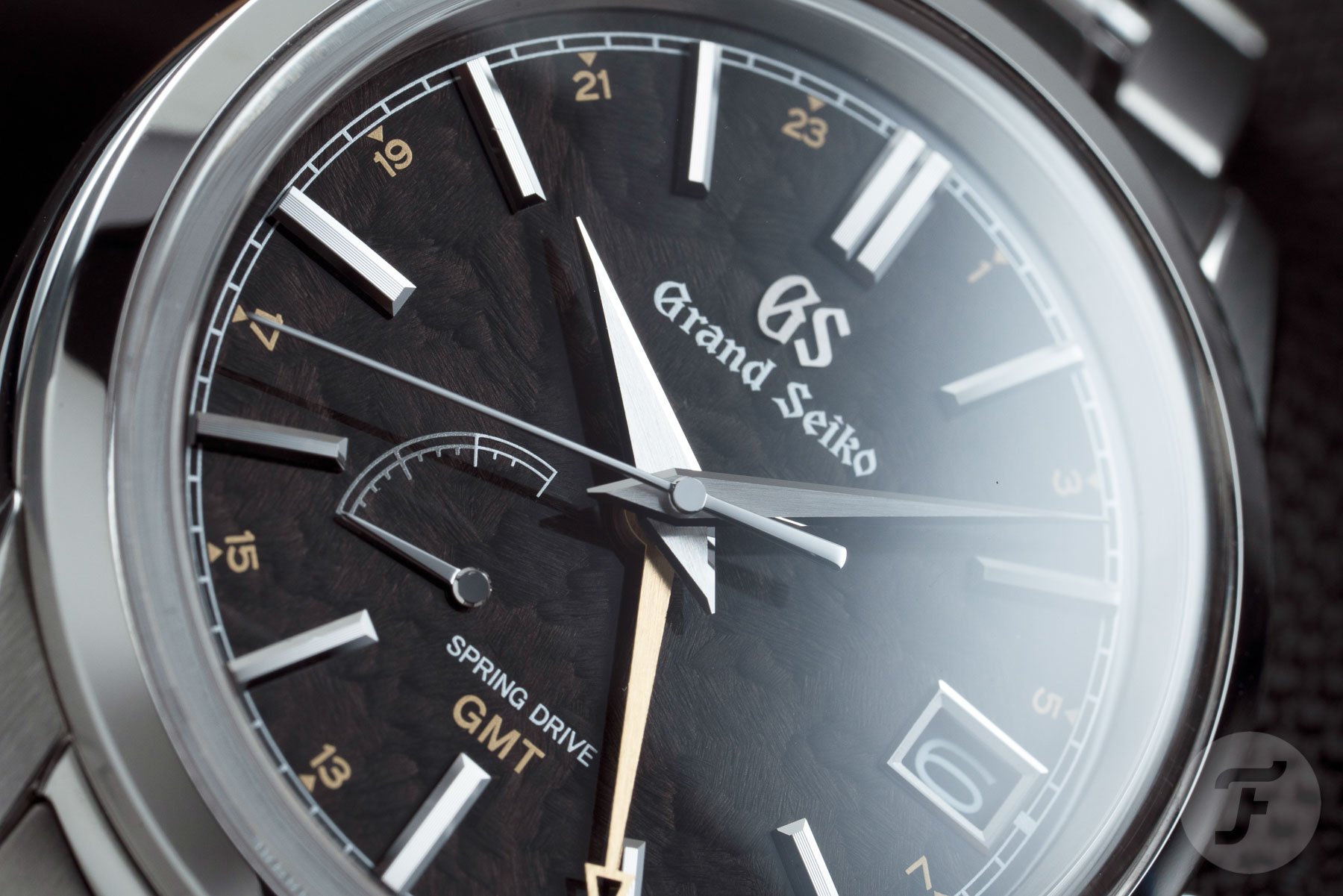 Elegance is growing on me

I’m still leaning towards the exquisite cases one is most likely to find in the Heritage collection, but the ever-more-frequent addition of luscious, textured dials to the elegance collection is having a profound effect on me. The inky tarn of a dial that sits atop the 9R66 Spring Drive movement of the SBGE271 is my favorite of this pair. I think it works so unbelievably well with the warm rose gold tones used in conjunction with it. The result is a surprisingly subtle, vivaciously versatile watch that figures to entertain the eye for years to come. Just look at the dial in the below pictures to get an idea of how the angle and lighting change this watch’s face throughout the day.

The SBGE269 is perhaps a “safer” choice. Its mottled, snowy dial, is similar to the “blizzard” special edition GMT created for Timeless Luxury in Dallas a couple of years ago, which was one of my all-time favorite set-ups from this Japanese brand. However, for me, “white” (or silver) and rose gold screams either “2011” or “feminine” to me, so I would certainly pass on this admittedly stunning model and leave it for another wrist to enjoy. Saying that, however, there is no reason why one shouldn’t see this as a woman’s watch. Yes, the diameter of 40.2mm and the thickness of 14mm are “traditionally” men’s sizes, but there are plenty of bigger watches pitched at women these days, so why not? 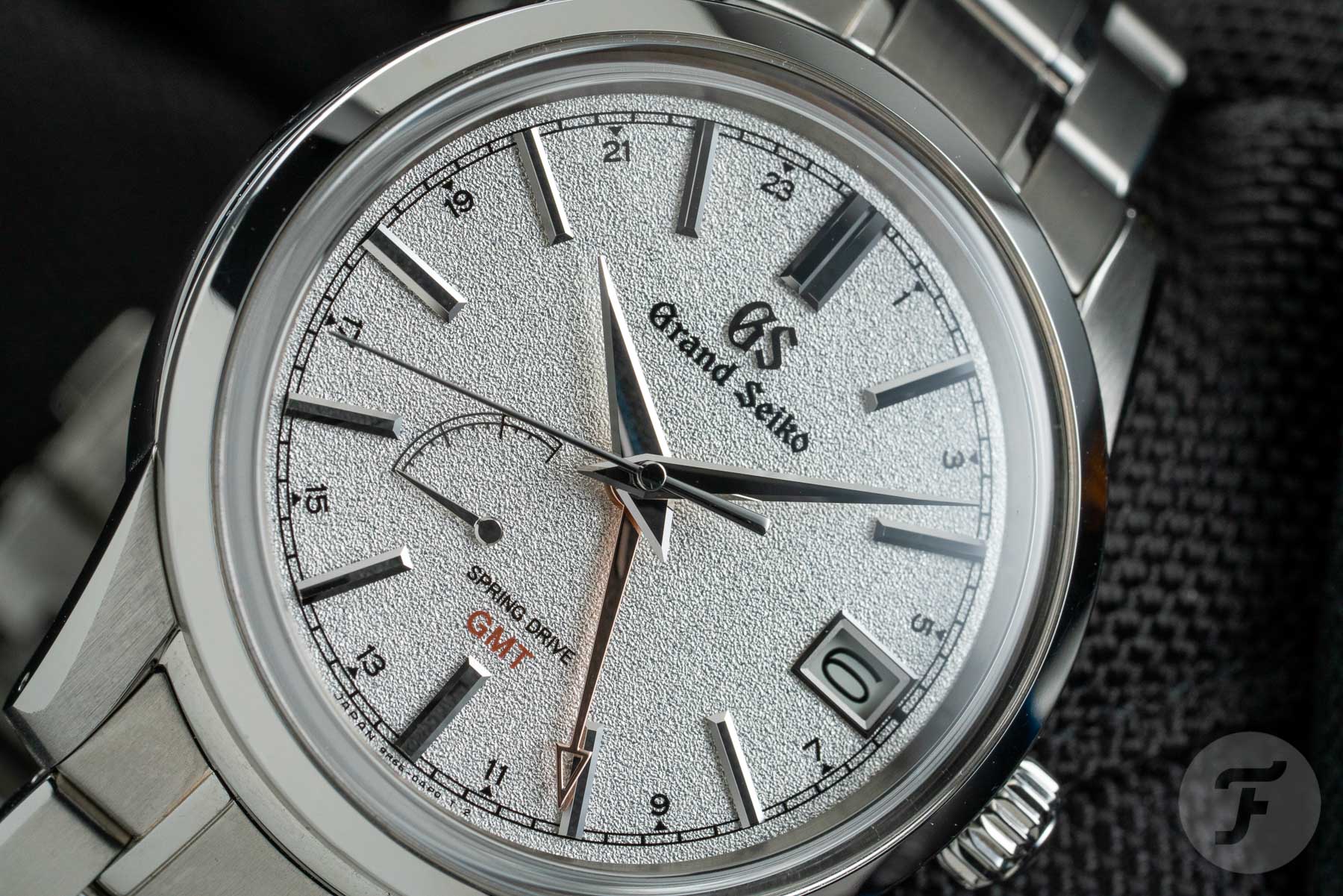 In fact, if Grand Seiko ran with this angle a little more, the brand could have a quiet hit on its hands. It’s about time the world of women’s watches got something other than diamonds to distinguish it. I think texture could be the key. Grand Seiko should snap up this (possibly) accidental opportunity, and forge ahead with a more openly unisex strategy.

Nothing of what makes these watches good is new to Grand Seiko. In fact, it might well be thanks to the brand’s proficiency in the field of finishing that these models are such a success. What I am seeing though, perhaps for the first time so clearly, is Grand Seiko’s immense potential for reaching female customers in a much less insulting fashion than the majority of Swiss (and even, I’m sorry to say, German) brands do. 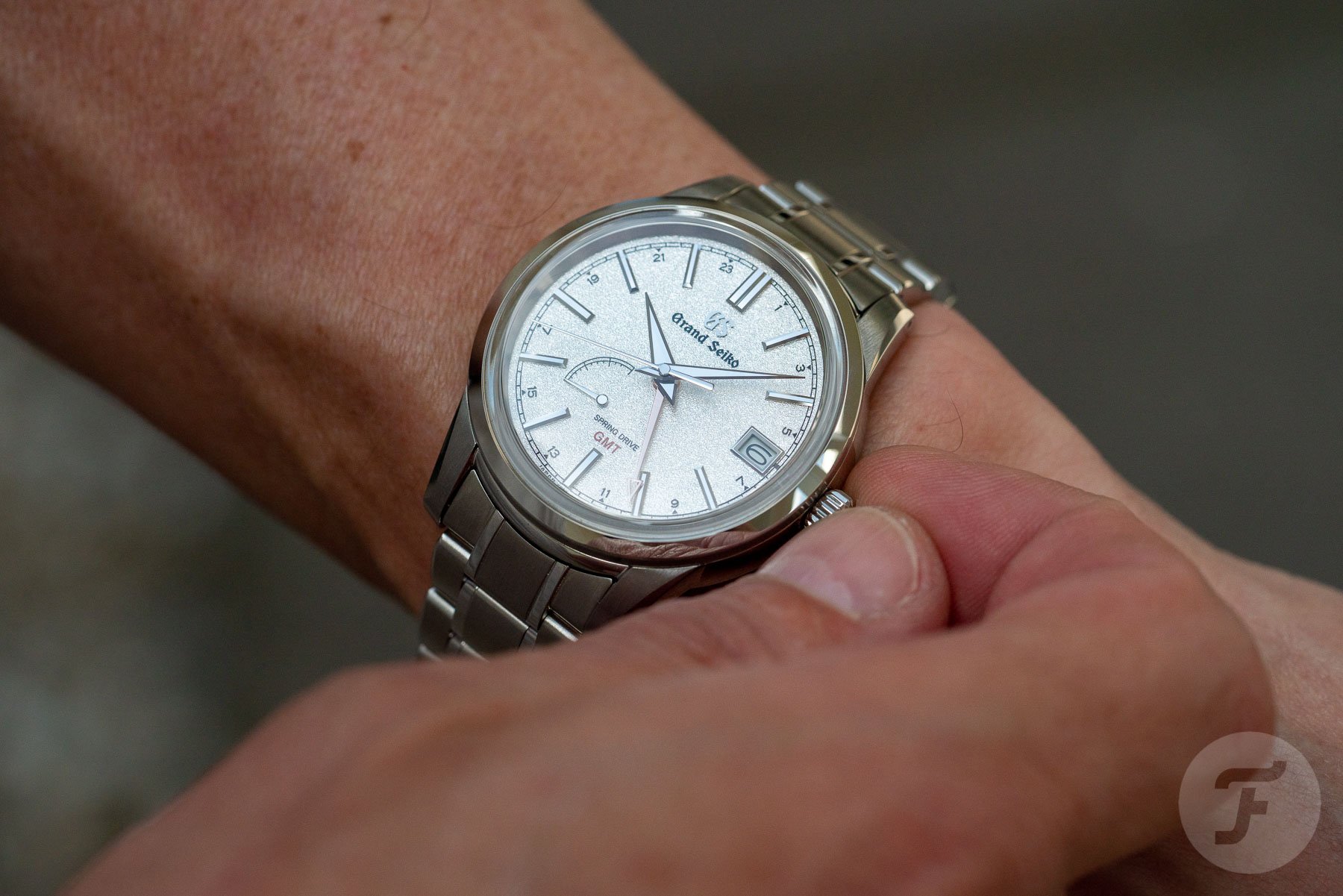 By leaning on its existing reputation as a texture sensation, Grand Seiko could create a series of horologically interesting watches for women that bucked the usual, brainless trends. The Spring Drive caliber is one of my favorites, and the sumptuous sweep of the seconds hand is not something only males can enjoy. Slimmer movements (something the brand has been proud to work on recently) also open the door (as while the 40.2mm diameter of these watches poses no problem, perhaps the 14mm thickness is a tad tall for most female wrists). 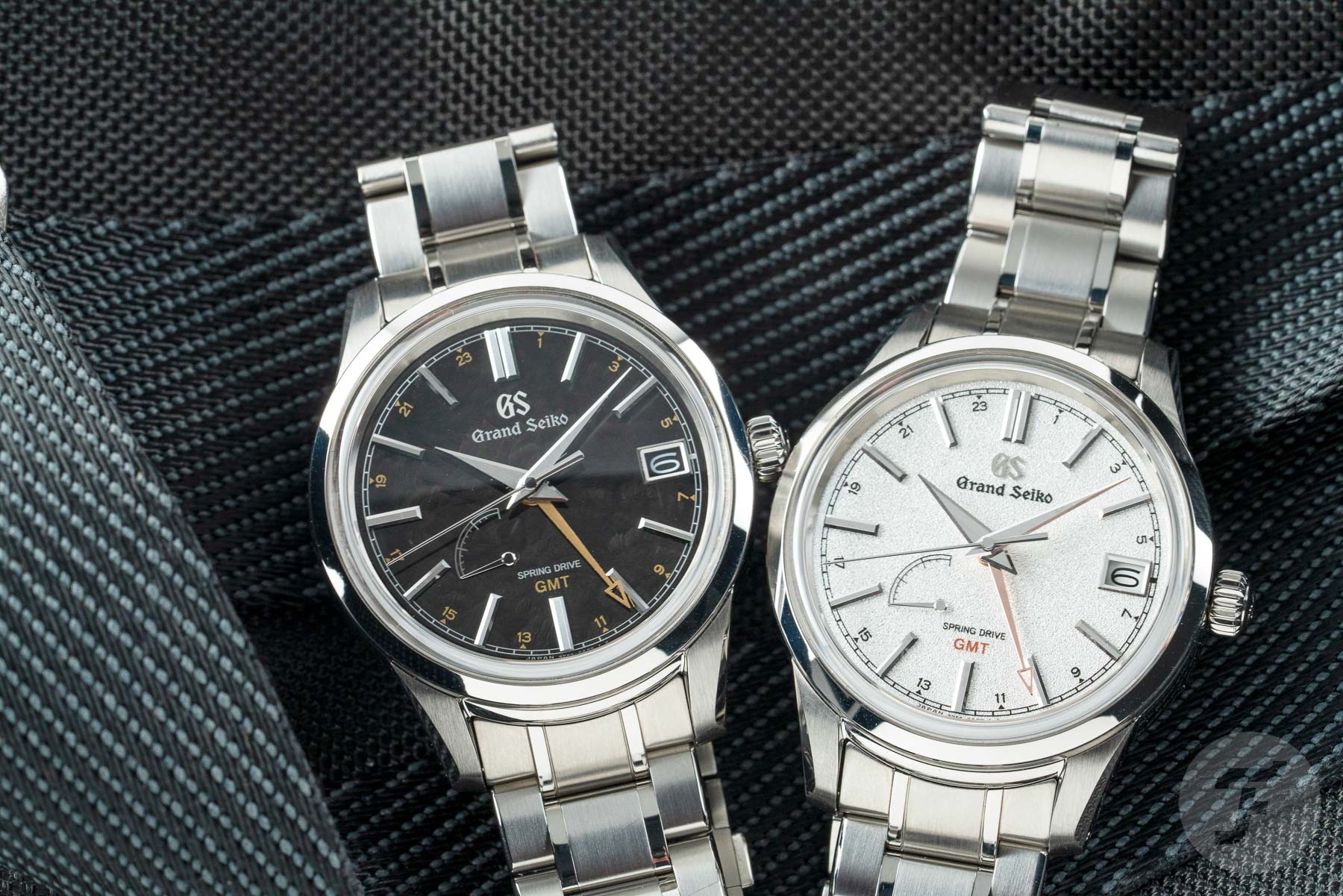 With a full stainless steel bracelet and 100-meter water resistance, these watches truly are tuned to everyday life. The GMT complication of course offered the designers a chance to add a drop of color to their arresting backdrops, but also adds real-world functionality that a lot of professional men and women rely upon. Are these a hit? Yes, they really are. Are they both hitting the targets Grand Seiko expected them to? I would wager not, but I’m happy to go on record as saying that where the white/silver dial landed, might well have been better fortune than the brand could possibly have hoped for. Learn more about GS here.