Can someone stop me from wanting it, please?
Gerard Nijenbrinks
comments 105
Share

I’ve never been a huge fan of the Omega Planet Ocean. At most, I was amused by the orange bezel when the series was introduced in 2005. It was quite a contrast to the conservative and already-then very popular Seamaster Professional 300M. But I’ve always disliked that both the hour and minute hands of the Planet Ocean sport a broad arrow tip. Omega never used this before — neither on the Seamaster, the Railmaster, nor the Speedmaster — and I still see it as a mishap. So why am I attracted to the Omega Seamaster Planet Ocean 6000M Ultra Deep? 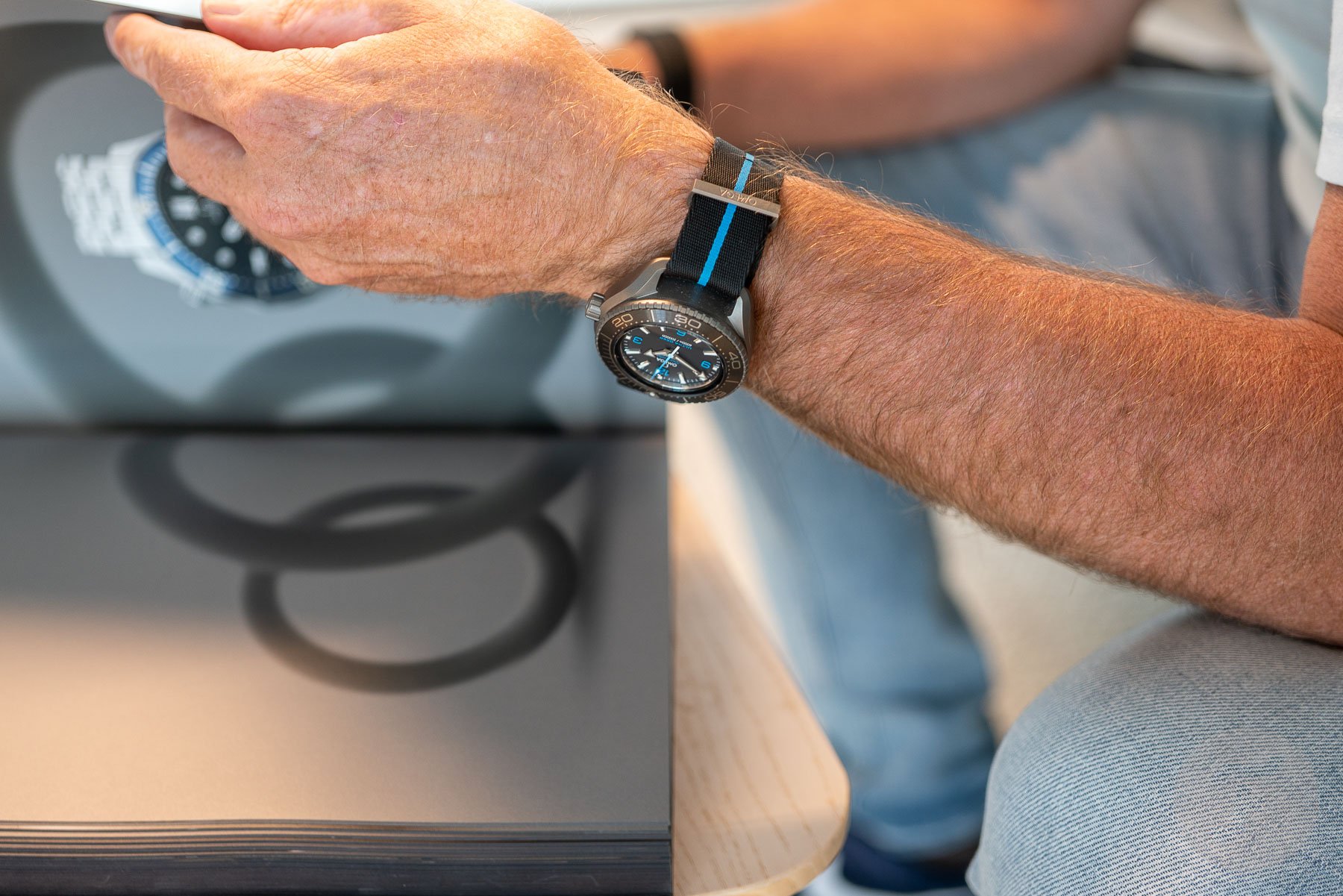 We wrote about this watch a few times before and got a lot of comments on it. In full, it is called the Omega Seamaster Planet Ocean 6000M Co-Axial Master Chronometer 45.5mm Ultra Deep — a model indication as exorbitant as the watch itself. Omega presents the Ultra Deep in two material variations — O-Megasteel and titanium. And there’s not only a variation in the material but also a difference in construction. The steel version uses regular lugs, enabling either a stainless steel bracelet or a rubber strap to be fitted. The titanium model, however, has fixed lugs, leaving it with a NATO-type strap as the only option. As I mentioned, we got many comments, specifically about the titanium version with its manta-ray fixed lugs. 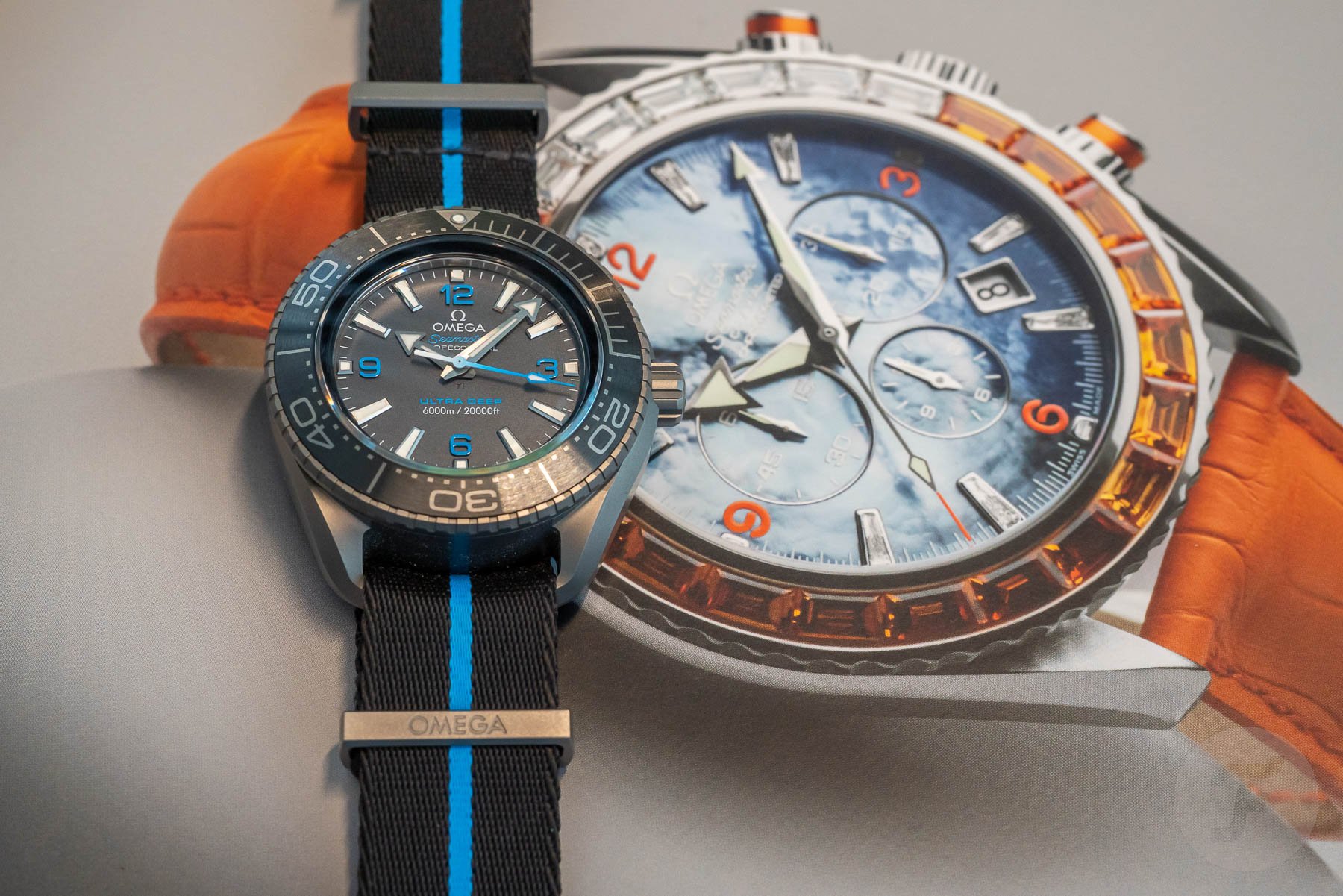 The weird thing is, I agree with almost every one of these comments, but I still want to buy the watch. Why would you need a watch that can go 6,000 meters deep? I have no idea and cannot fathom any reason. Scuba divers won’t dive much deeper than 40, probably 60 meters max. I’ve even talked to someone who touched minus 80. But 6,000? No way. So the watch wasn’t made with scuba divers in mind. True. It’s a saturation divers’ watch. Saturation diving is explained perfectly here on Wikipedia, so I won’t “dive” deeper into that. But the last thing I want to say about saturation diving is that it’s normally done at depths between 60 and 300 meters. Theoretically, the ultimate depth for saturation diving could be around 1,000 meters. So even for saturation diving, 6,000 meters of water resistance is absolutely pointless. 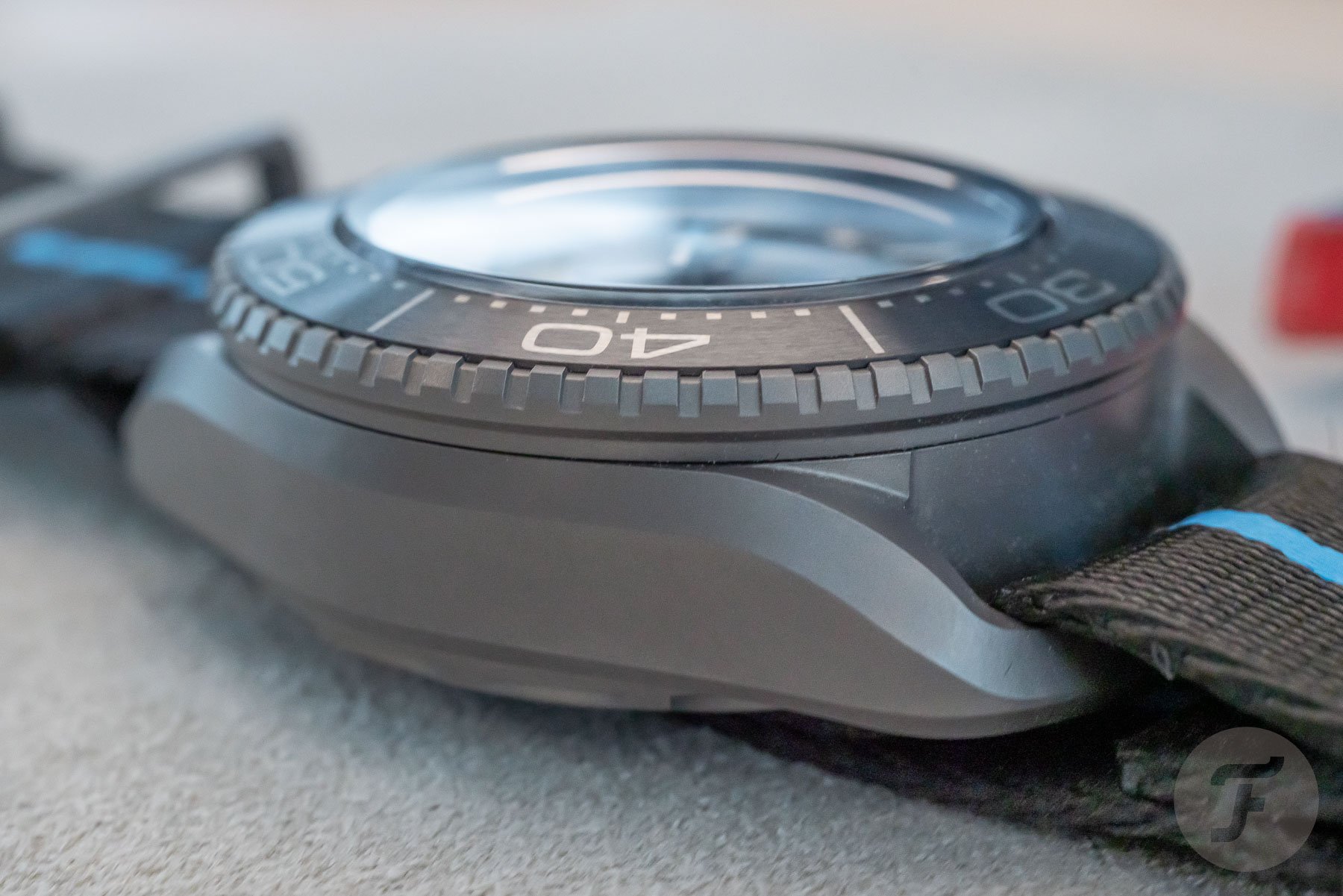 Very true as well. A 45.5mm-diameter watch is way too large to fit most wrists comfortably. Plus, a lug-to-lug dimension of 56mm won’t help either; it’s exactly the width of my wrist. And then there’s the watch’s thickness of over 18mm. Worn on its NATO, the domed, protuberant, 5.2mm-thick sapphire crystal will at least tower 2cm above your wrist! On paper, that can’t be comfortable or even acceptable. But it is… for me. I had the opportunity to wear the watch daily for a few weeks, and although it doesn’t fit under whatever cuff, it never annoyed me. What’s nicer than a sleeve pushed up showing such a charismatic watch? I have to admit that, because of the fine summer weather, I often wore shirts with short sleeves. That might have helped as well. 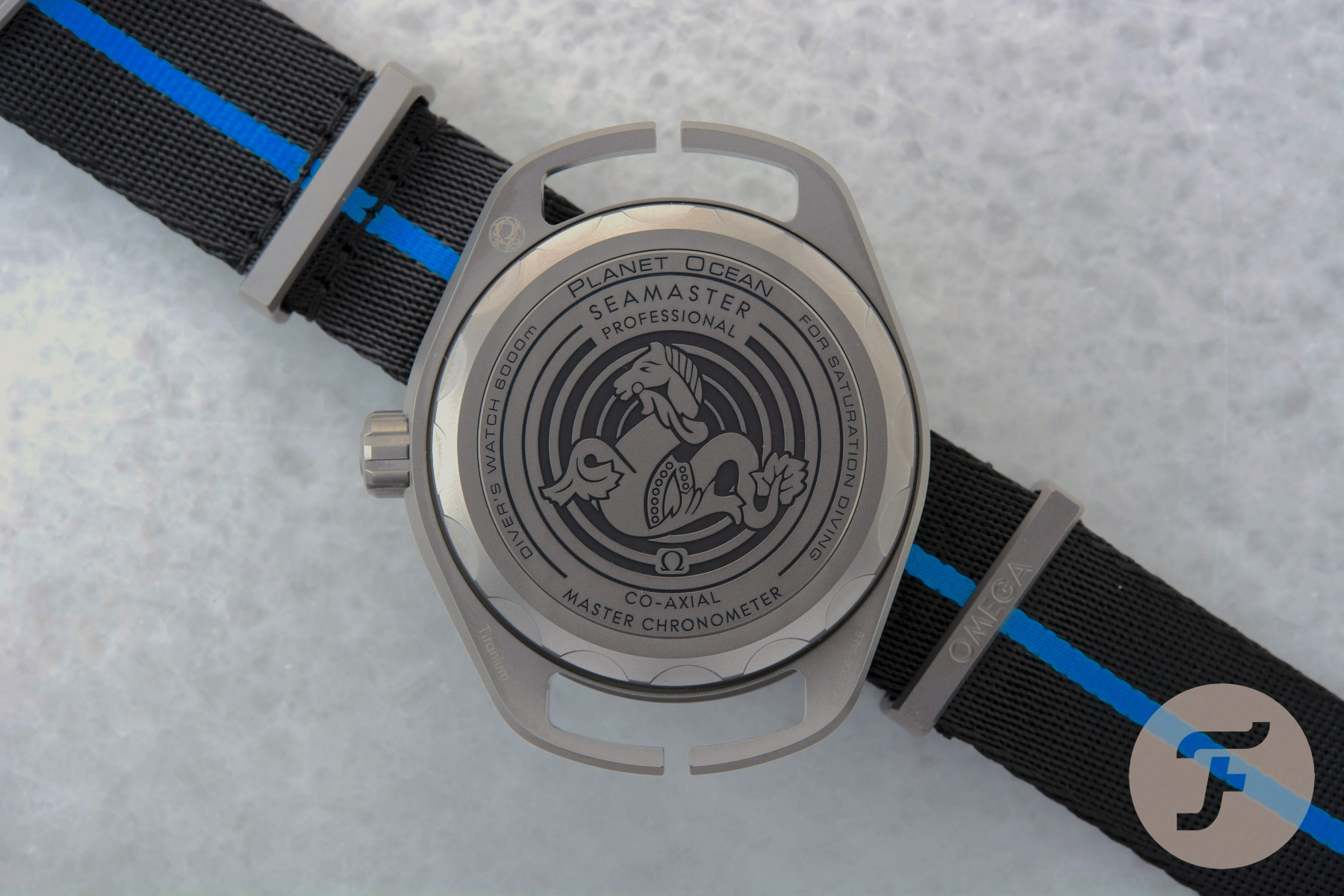 The manta-ray fixed lugs are one of the titanium Ultra Deep’s main attractions. They set it apart from any other watch, not only from the O-Megasteel Ultra Deep models but also from deep-diving competitors. There are two things about these unique lugs. One, which is very inconvenient, is that there’s no other option but to wear the watch on a NATO strap. Fine! Then I’ll wear it on a NATO strap. Two, you don’t see them. The NATO strap folds over the lugs under the watch, leaving them invisible. Unfortunately, the knowledge that they’re there is enough for me. Knowing that the watch has such a special lug construction is enough to attract me. And as a subtle reminder, Omega produced a buckle for the NATO strap that has the same shape as the manta-ray lugs. Very clever! 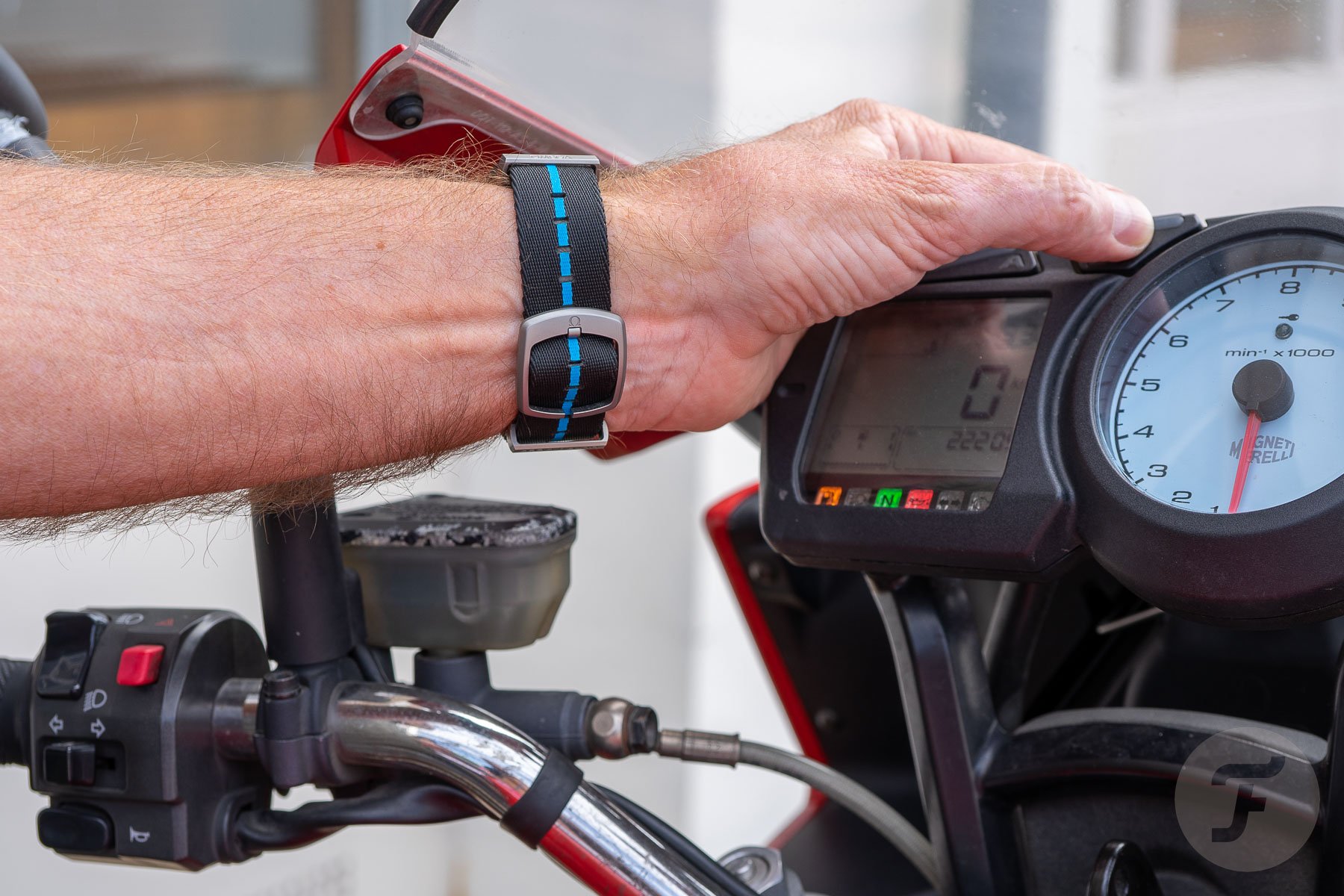 I don’t think so. It has the same weight as a Moonshine Gold Speedmaster on a leather strap —124 grams. I never heard anyone complain about that. Of course, a watch wobbling on two layers of NATO strap material and sticking 2cm up from your wrist probably has more disadvantages at this weight than a slimmer model. But during the time I wore the titanium Ultra Deep, it never bothered me. But it should, shouldn’t it? 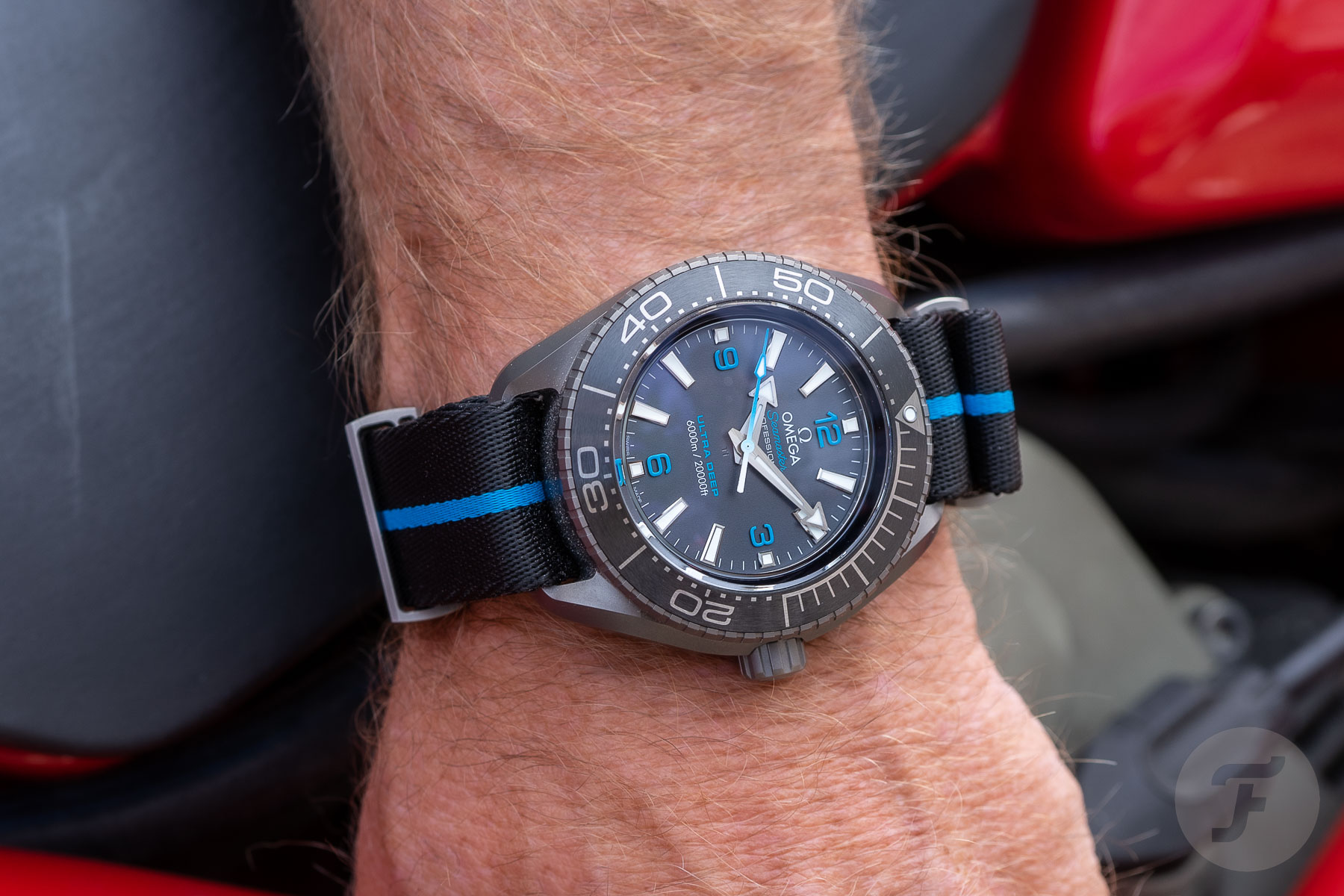 “The price is high”

Is it? If we understand what we’re looking at, I think the price of €13,000 (incl. VAT) can easily be explained. Technically, the Omega Seamaster Planet Ocean 6000M Ultra Deep is a highly advanced and unique product with a lot of firsts. Along with these firsts come high development costs. Currently, four patents are pending for the construction of the watch. Two relate to the construction of the 5.2mm-thick sapphire crystal. The third is for the conical design of the crown, and the last one is a patent on the case back and gasket construction. Combined, these aspects prevent the Seamaster Ultra Deep from requiring a monobloc case or helium escape valve — you know, the pyramid-shaped crown at 10 o’clock on the Seamaster Diver 300M that everyone complains about. 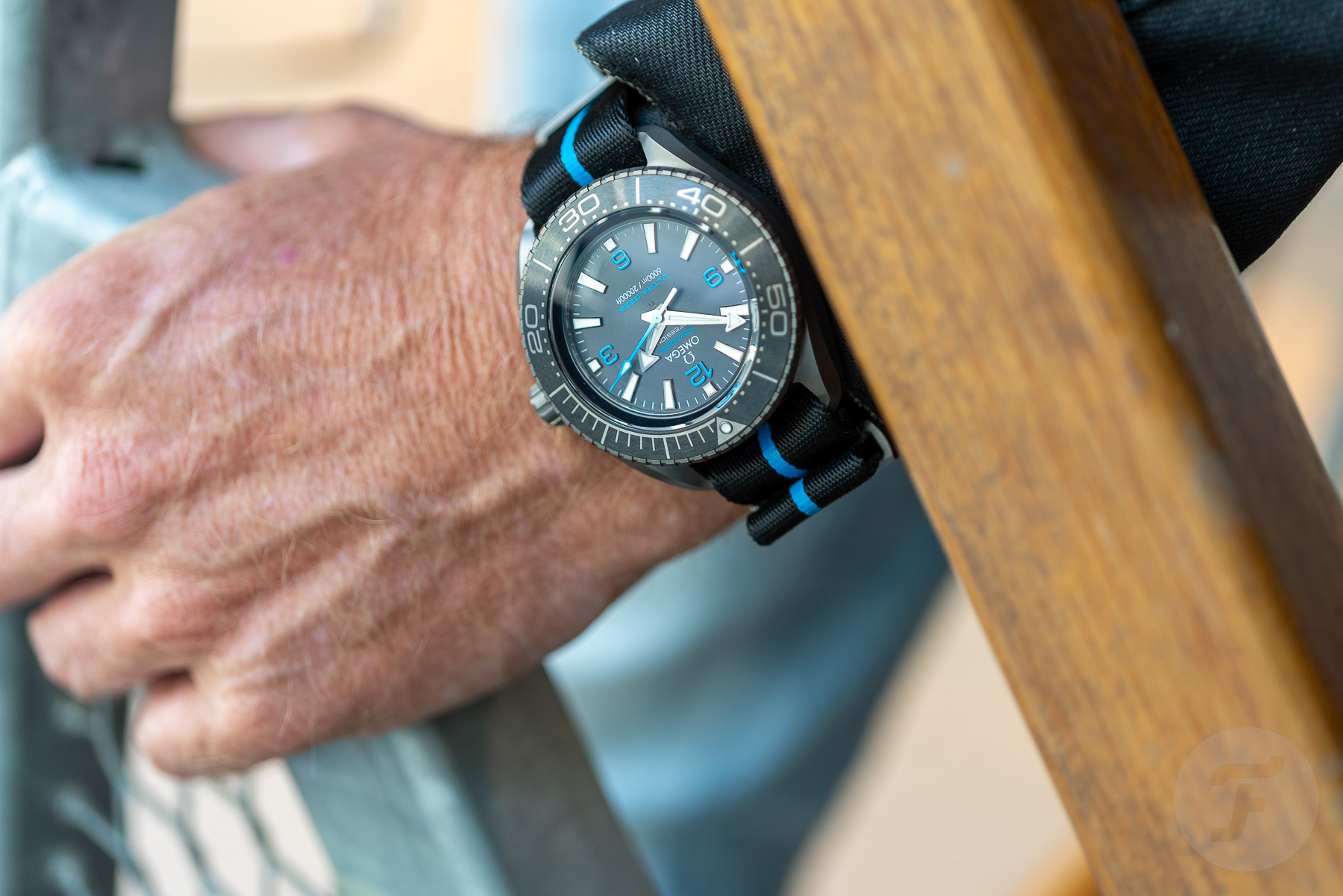 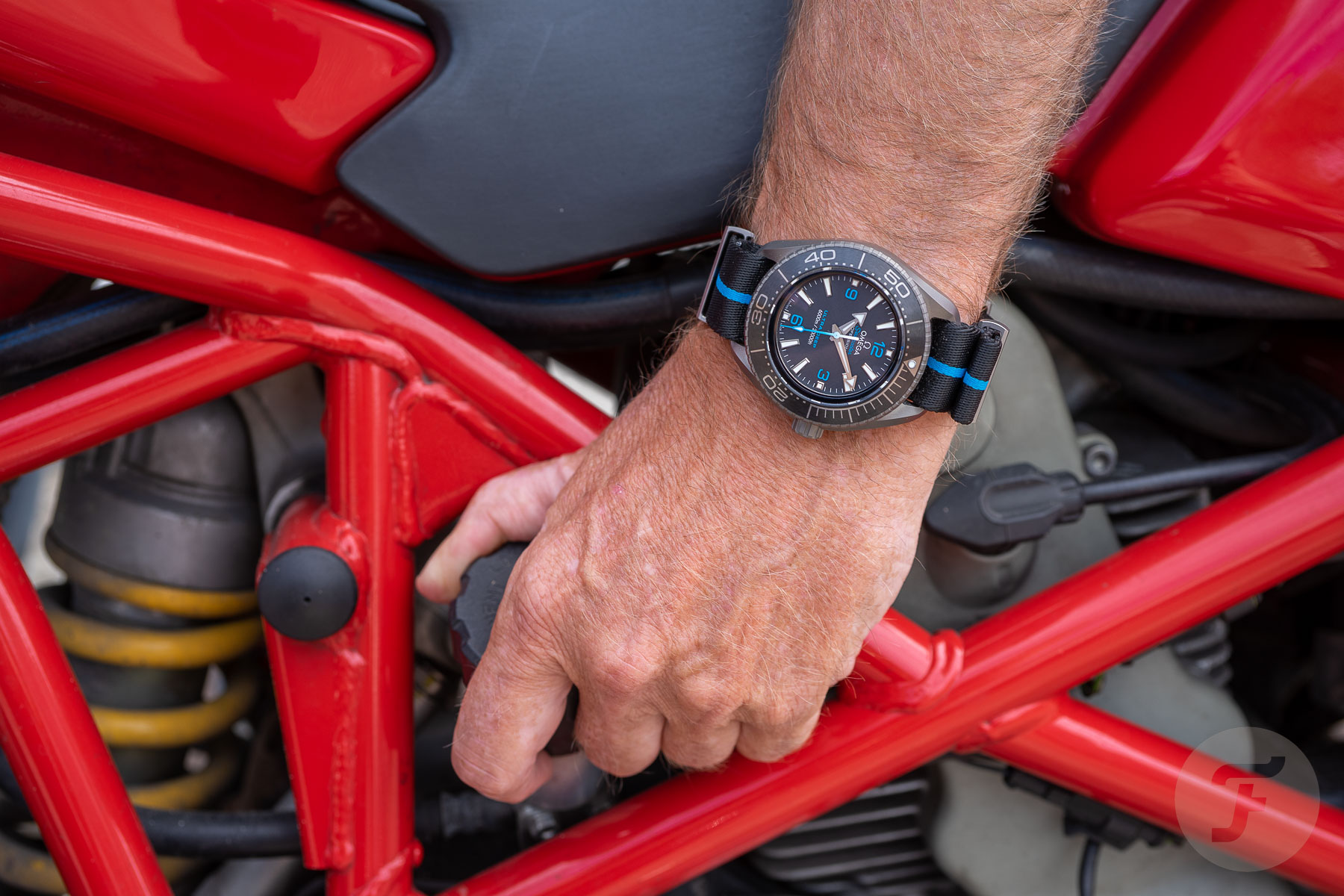 With its pointlessness explained, why do I still want this watch? Not only does it have an excessive depth rating, but it’s also heavy, extremely large (and thick, specifically), and can only be worn on a NATO strap. On top of being an unpractical watch, the Omega Ultra Deep costs a lot of money. I think my admiration for the Omega Ultra Deep in titanium comes from the fact that it’s such a pointless watch, but it’s so perfect in being so. While the O-megasteel Ultra Deep might find a colleague in the Rolex Deepsea, there’s no substitute for the titanium version with its striking manta-ray lugs. There’s just nothing like it. 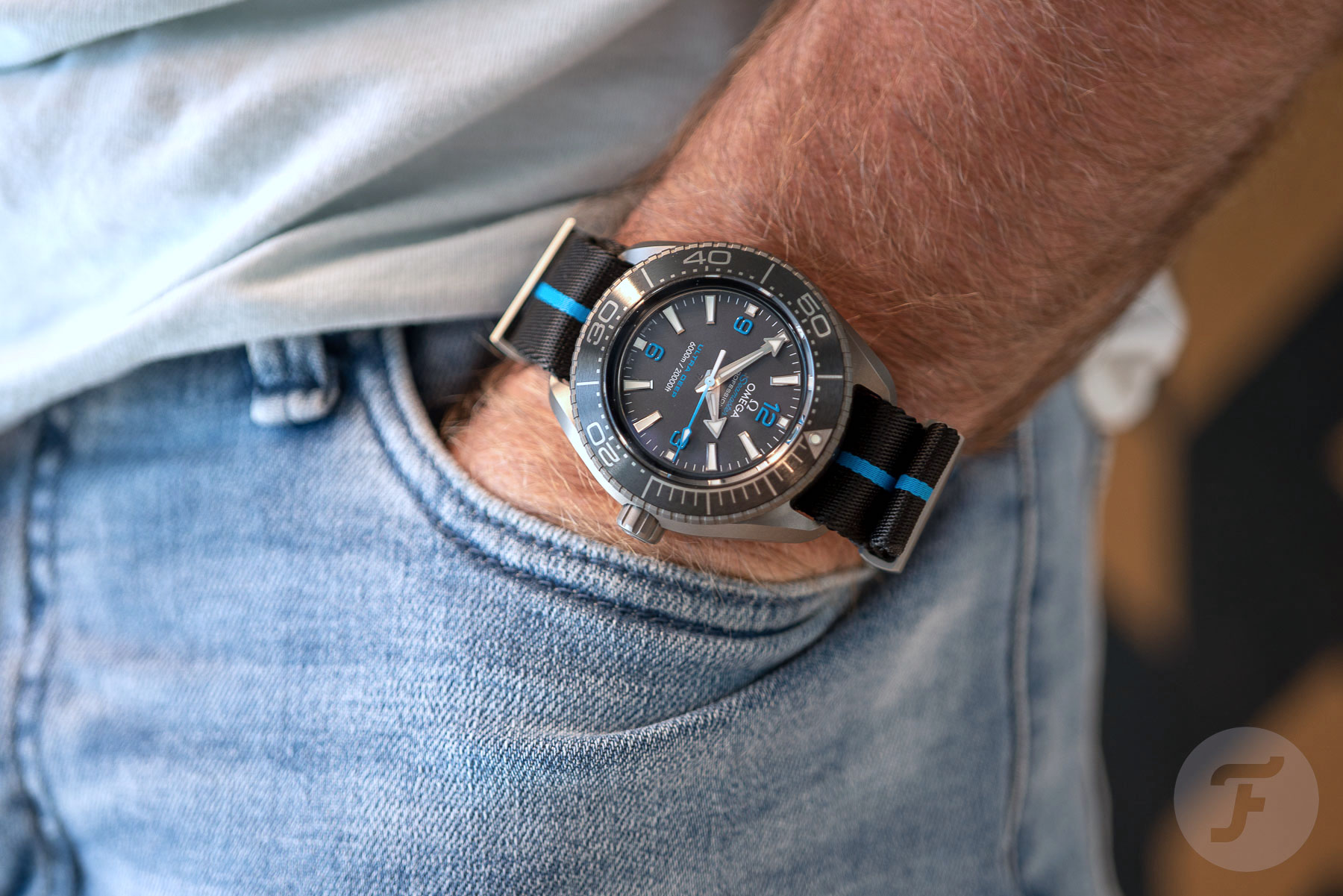 If anyone can stop me from wanting the Omega Seamaster Planet Ocean 6000M Ultra Deep, please let me know in the comments below. Or contact me through my Instagram account @gerardnijenbrinks.