Time4APint – The Story Behind the London Gatherings and Podcast

Roughly a year ago, we reviewed the watch-themed podcast, The Grey NATO. It continues to serve as a bi-weekly listen for me, but it does have one limitation – at least one for me. Namely, it’s every two weeks and I drive daily. So, today, we’re happy to talk about a watch-related group along with a podcast that takes a different spin on the horological theme. We met Chris Mann at our #SpeedyTuesday get together in Bienne, Switzerland late last year and then saw him again only a couple weeks later at our Get Together in London for Salon QP. He’s passionate about watches and a nice guy to boot, so let’s see what he’s created. Live from London, let’s take a look at Time4APint. 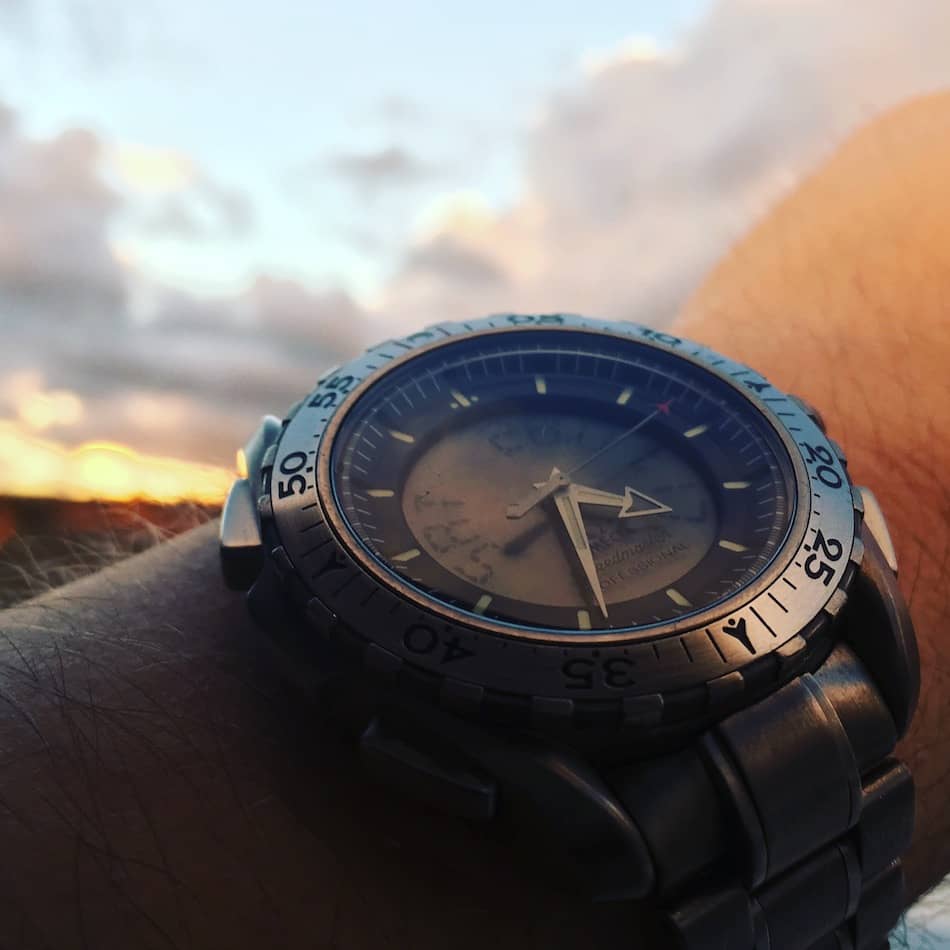 FW: Chris, tell our readers a little about yourself and how you got into watches.

I am a 36 year old Londoner and owner of (or owned by) two cats. Looked after by the ever understanding Charlotte. I’m an event marketer in the technology industry by trade who’s hugely interested in everything. You could say that I’m a massive geek.

I, like many watch nerds, got into watches through my dad. When I was Growing up, he wore a 1960’s Omega Geneve on a Milanese bracelet. It was a thing of huge fascination for me, that I was absolutely not allowed to touch, which obviously made it all the more fascinating.

For my 21st Birthday my parents wanted to buy me a watch and as far as my Dad was concerned, it had to be an Omega (in his eyes, Rolex was too flashy).

I remember having the choice between the Moonwatch and the newly released Second Generation of the Speedmaster X-33. I went for the Moonwatch, but in later life have been able to scratch the X-33 itch. Despite being a big fan of the space program, I’ve yet to imitate shuttle astronauts and wear the two together, though… Although if RJ does it first… 😉 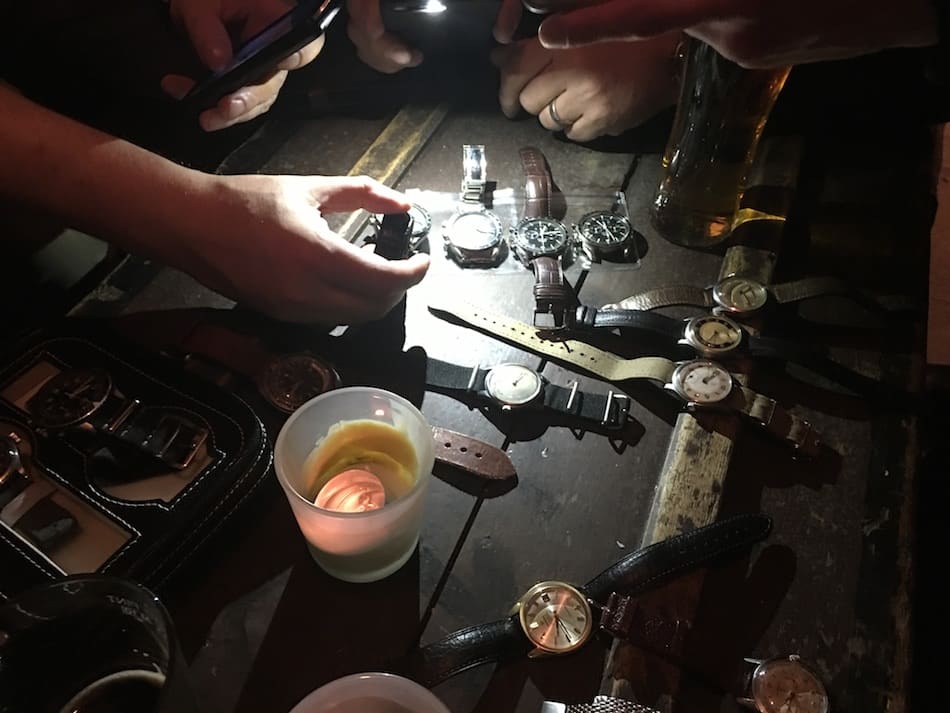 FW:  What are the Time4APint gatherings and why did you found them?

I’d been a member of the Omega Forums for a few years, seen photos from a few GTGs around the world, and thought it would be fun to meet some fellow London watch nerds, so I organized a forum GTG in March 2016.

10 of us showed up, we talked watches, drank too much, and had a great time.

The formula was repeated a few times over the summer, with changing faces, but similar numbers.

Things probably would have stayed like that, but in October 2016, the company I was working for went through a restructure, and I lost my job. Suddenly, I had a lot more time on my hands, because despite job hunting being a full time job, there are only so many roles that are right, and only so many meetings with recruiters, or applications you can complete.

So the passion project, that is Time4APint, was born in November.

As to the what on the Time4APint gatherings, they are a very relaxed, monthly, evening get together for watch collectors in London – the goal being to get people out from behind their forums avatars and Instagram accounts, to meet up, have a beer, talk watches, and make friends. 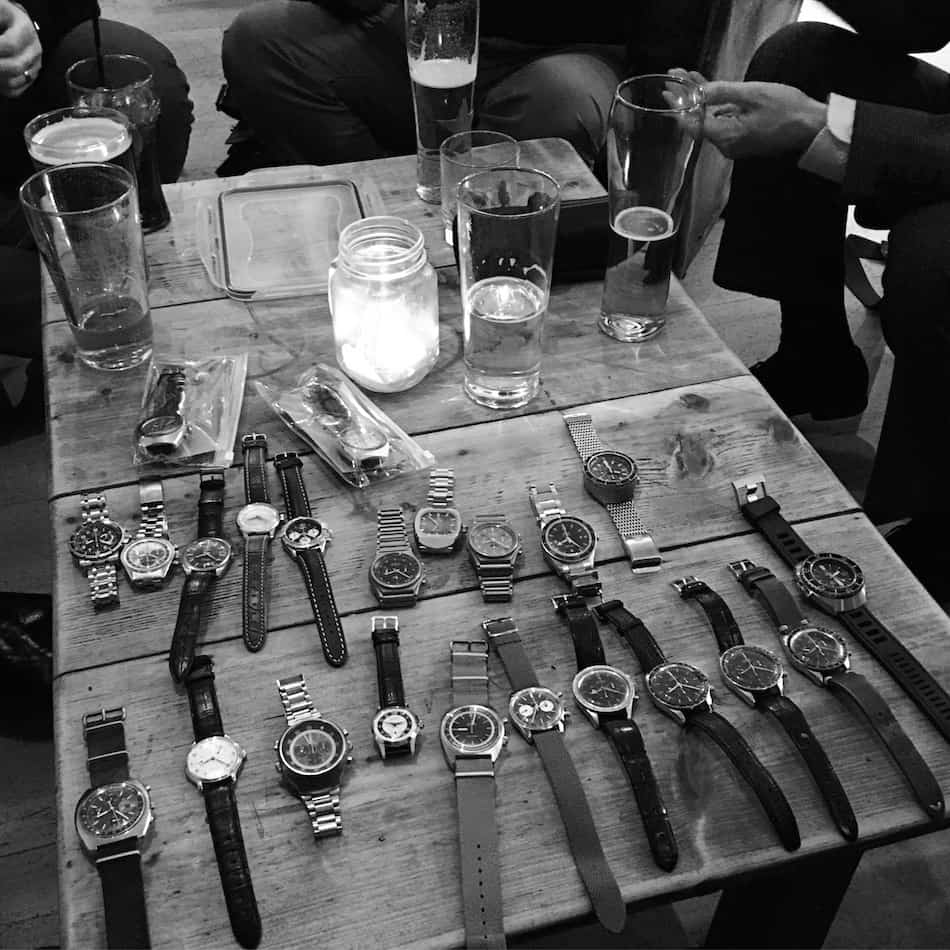 FW: We’ve seen other GTG’s heavily advertised.  Is there a niche you’re aiming for with Time4APint versus say, something like Red Bar?

I like to think we’re the all inclusive, everyman’s watch get together – whether you wear a Casio F-91W, or a Patek Perpetual Calendar – if you’re interested in watches, there’s a place for you at Time4APint.

I can’t really comment on the RedBar GTGs, but from the postings on Instagram, they seem to be more cocktails and tapas, where as Time 4A Pint is firmly pints of ale/lime and soda, and packets of peanuts. 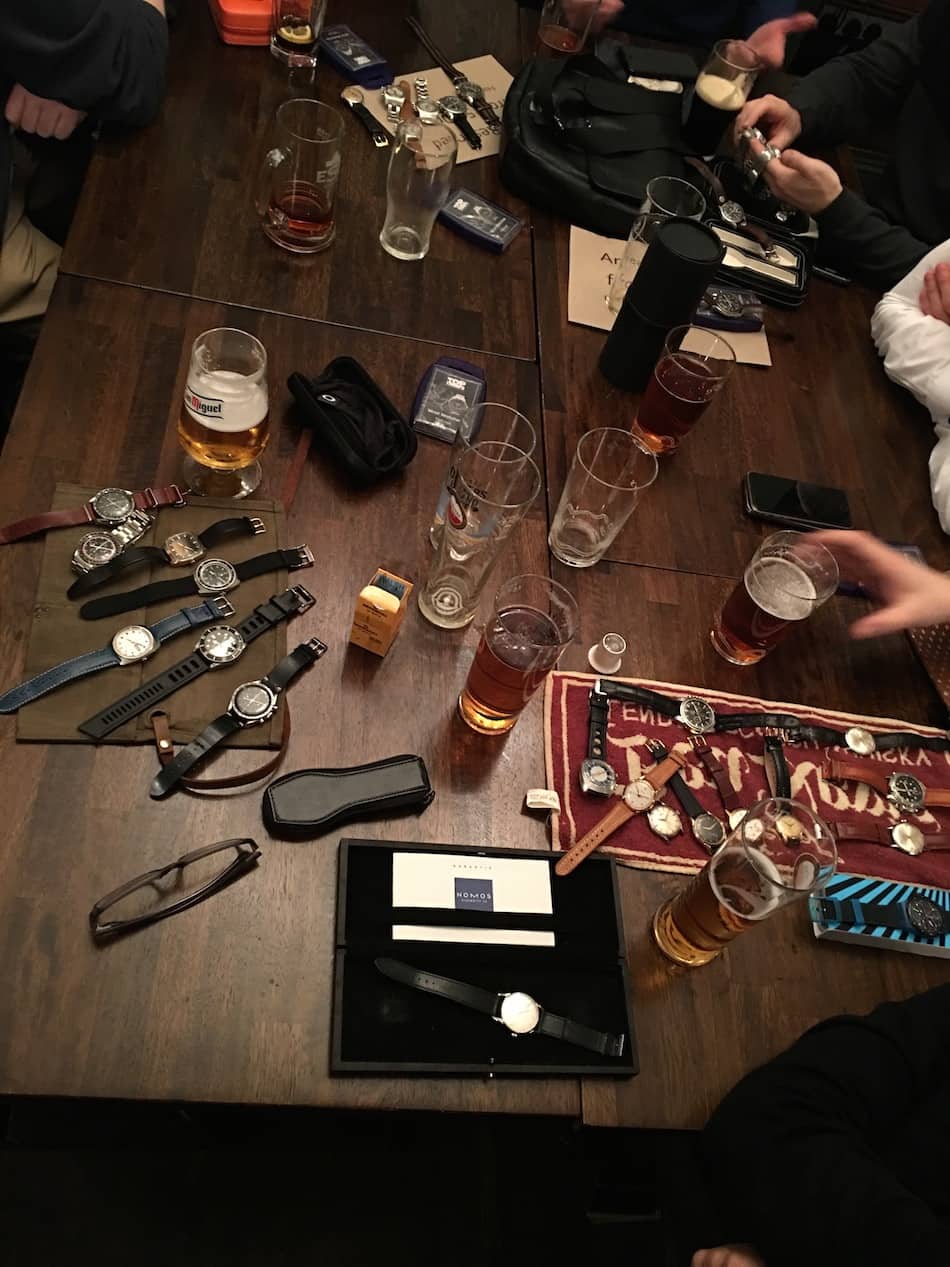 FW: What’s a typical Time4APint gathering like?  Relaxed ale sipping or proper English hooliganism with some watches in the midst?

The meets have gotten louder, but more through excited conversation than anything else.

I make a big deal of this, but drinking alcohol at a Time4APint gathering is in no way compulsory – pint of water, pint of tea, pint of soda – as long as you’re a watch geek, and having a good time, that’s all that really matters. 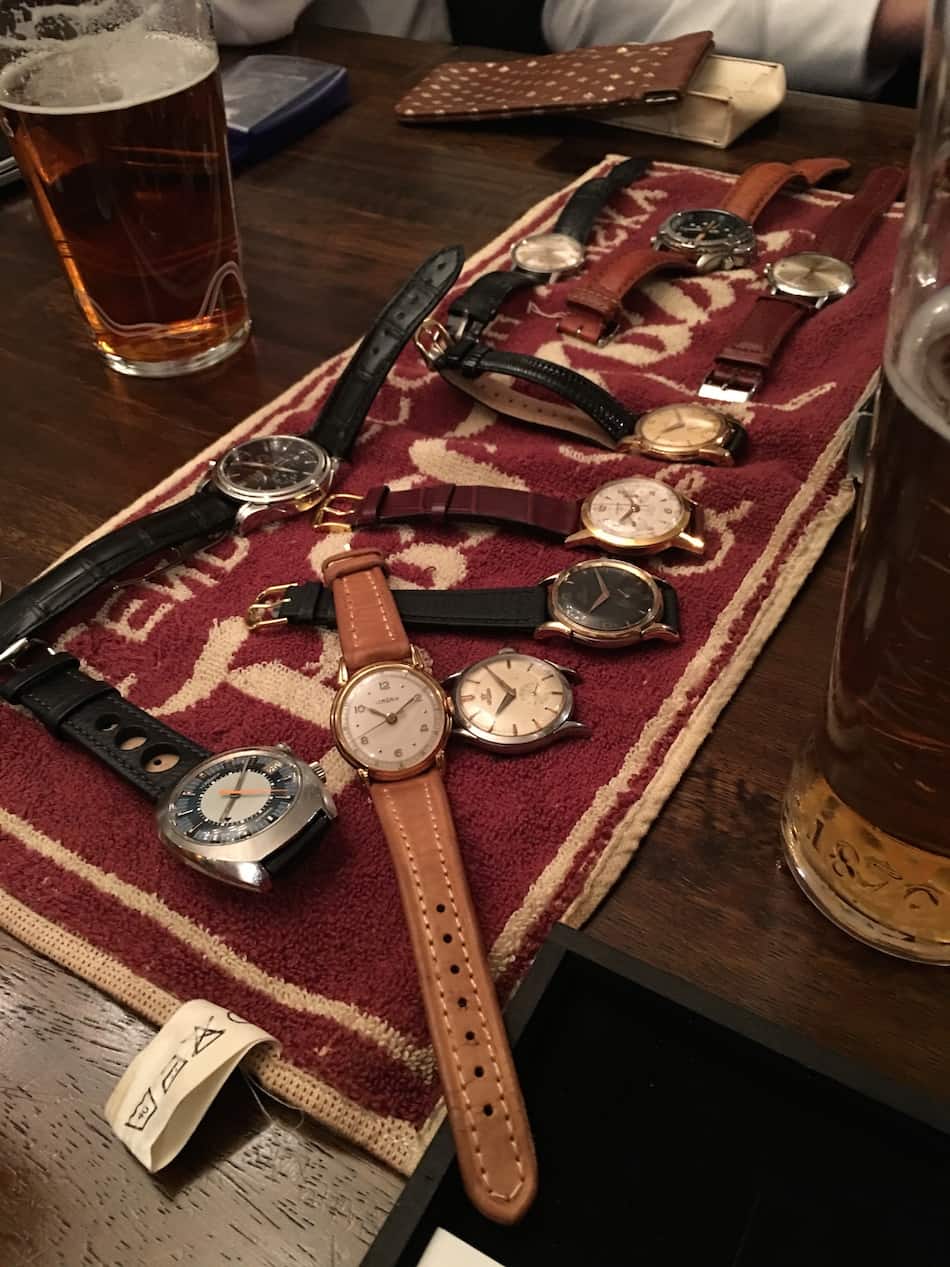 FW: How many people typically attend a Time4APint GTG and how often do you meet?

We’ve been meeting once a month and I’d love to keep that momentum up, but as it’s early days, let see. Attendance at a typical Time4APint meet has varied between 20-35. I’ve decided to cap things at 50, to keep it manageable and possible to get a venue. 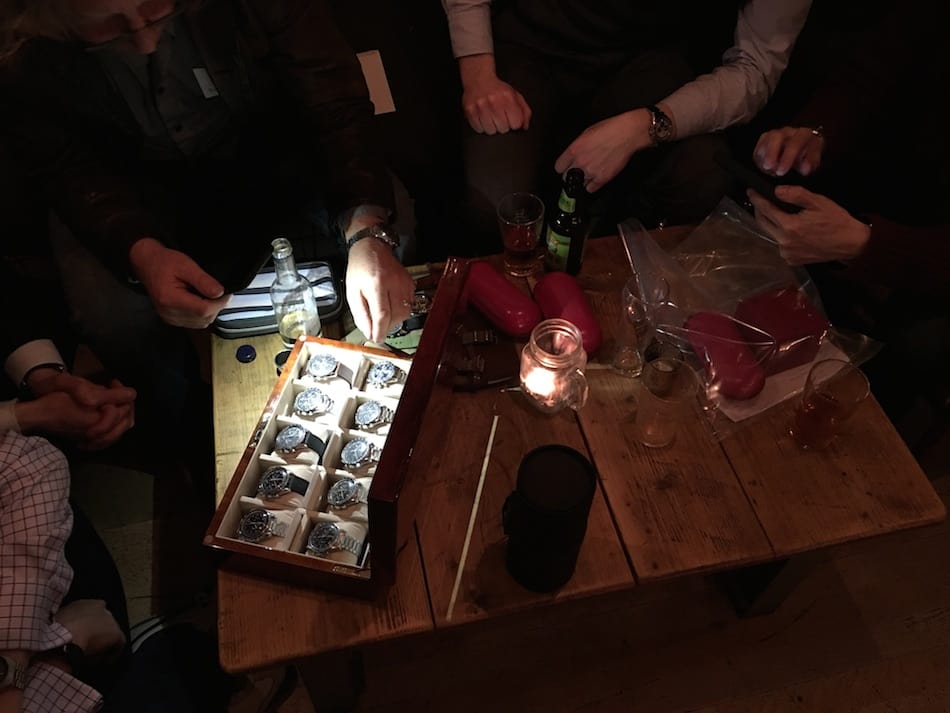 FW: Safety…car groups meet, book clubs meet, but I often wonder about getting together with rare, valuable vintage watches.  If you’re comfortable in discussing, how do you keep Time4APint events safe…aside from hiring Jason Statham to watch the door?

On our registration page we ​​​​ask quite a lot of questions that help us to check out that attendees are who they say they are (it’s amazing what you can find on the internet…).

Location information is kept private until 24 hours before the event, and only released to those that I’ve been able to check out to my satisfaction – if someone is vouched for by an existing attendee that makes life a lot easier.

We require valid photo ID in the form of a driver’s license or Passport that matches your registration details. Attendees are advised not to carry more watches than they feel safe with and we ask that no one shares or tags the location on social media… so far (touch wood), no one has misbehaved/done anything dumb. 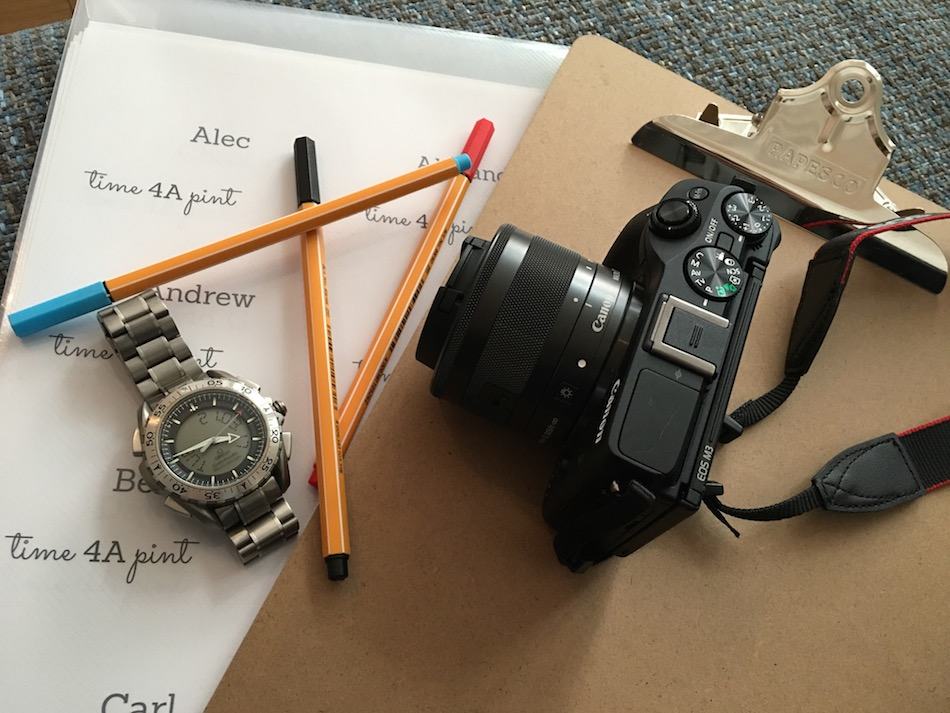 FW: How can people find and register to join a Time4APint event? 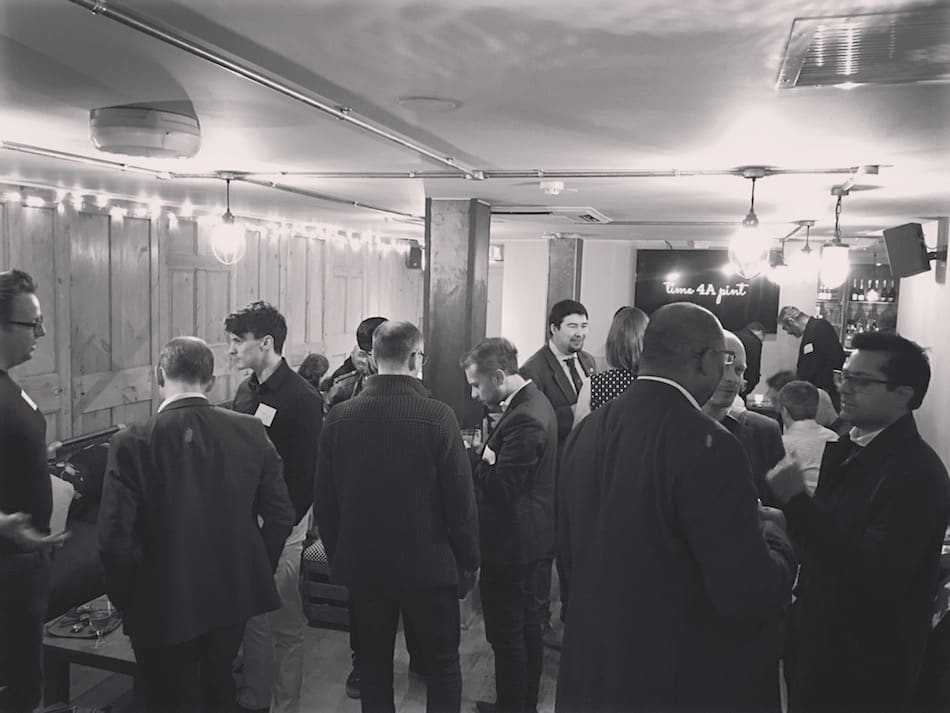 FW: Moving on, you’ve recently kicked off a Time4APint podcast (I really enjoy it, by the way) that’s taking a different angle versus another of my favorite listens – The Grey NATO.  Tell us what you’re looking to achieve?

At the Time4APint GTGs, I was meeting some really interesting people who had cool watches of all different stripes and great stories behind them.  I then thought it would be fun to share those stories with a wider audience. So I started researching Podcasting – and very quickly suffered analysis paralysis.

What if I did it wrong? What if no one listened? What if it didn’t sound as good as This American Life? What if someone on the internet was mean?

Then in mid March, a year on from the first GTG, I went to a podcasting class at General Assembly, got a huge kick in the butt from the guy running the session, and made a bet with him to get Episode 1 out before the end of the month.

I’ve been very fortunate that both people have supported the Time4APint podcast and agreed to talk with me. Oh, and people have listened to the show – in fact I’m overwhelmed by the support.

Success was getting one episode live, so from here on out, everything is upside.

I’d like to keep talking to interesting people, hearing their stories, and sharing them with the world.

Beyond that, there is no grand plan for the Time4APint podcast – although a guest spot on the BBC Radio, or NPR would be great. 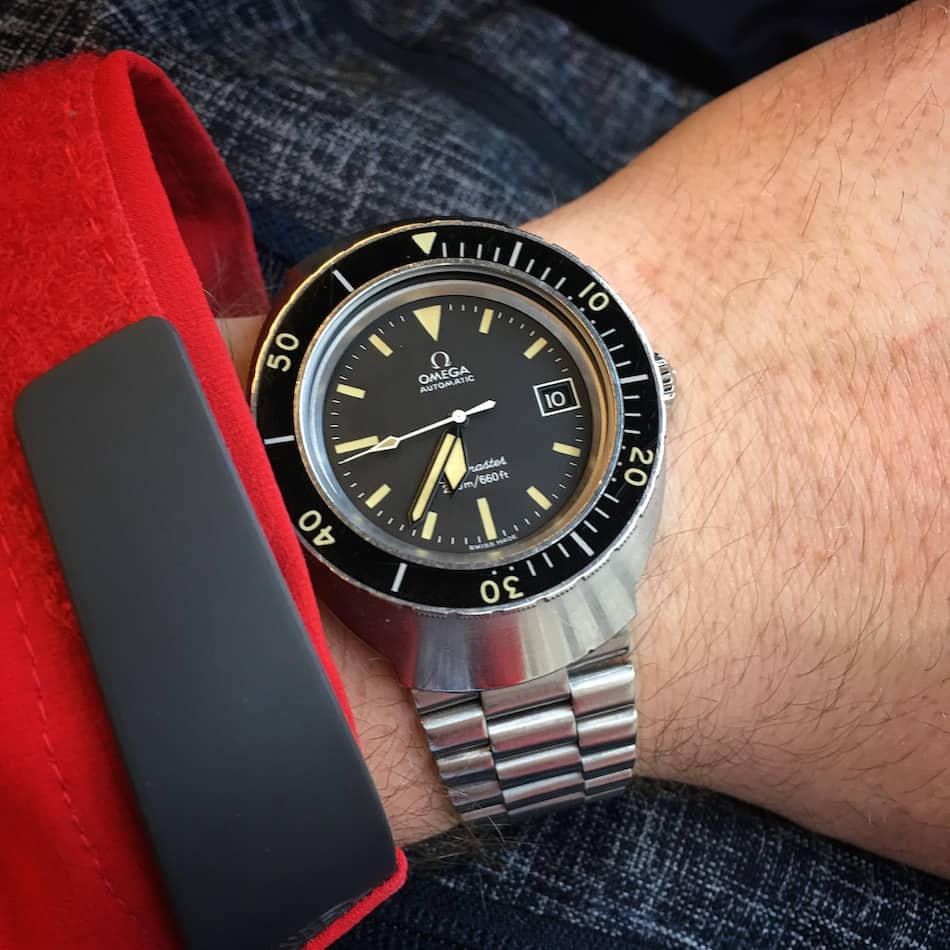 FW: How often is the Time4APint podcast and where can people find it?

The goal is to release one episode a week, on a Friday – so far I’m sticking to that, but ask me again in a year! You can find episodes either at www.time4apint.com or on iTunes. 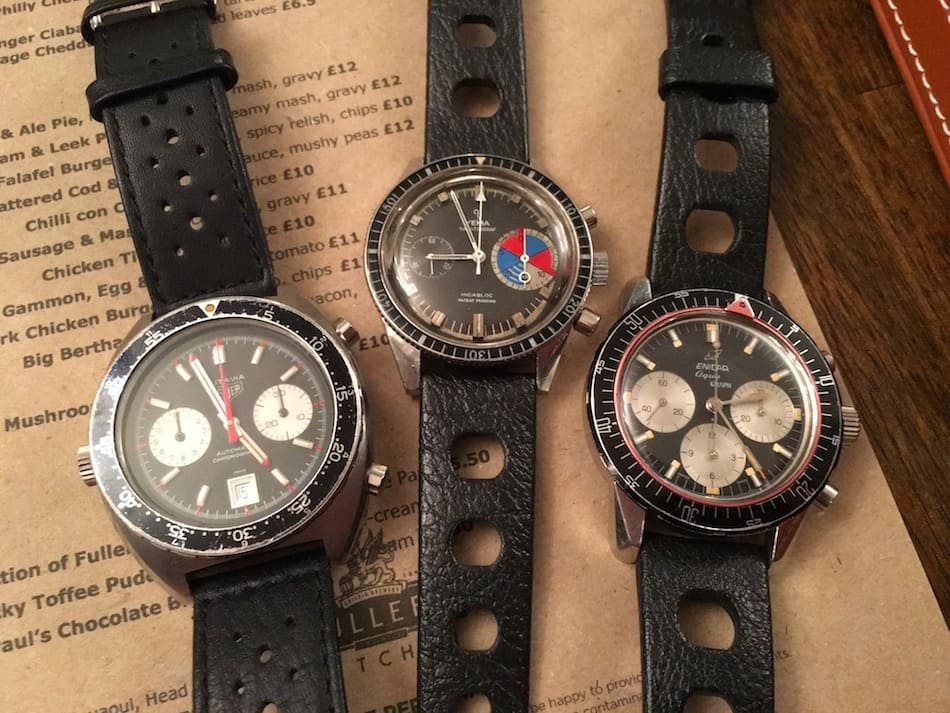 FW: Overall, how’s it all going – the Time4APint podcast and the gatherings – and if you’ll let us in, any other thoughts on where you’ll take the brand?

It’s going really well – the support from the watch enthusiast community has been awesome. Everyone seems to be behind what I’m doing with Time4APint, and whilst not all of the podcasts have received rave reviews, you can’t please all of the people all of the time. 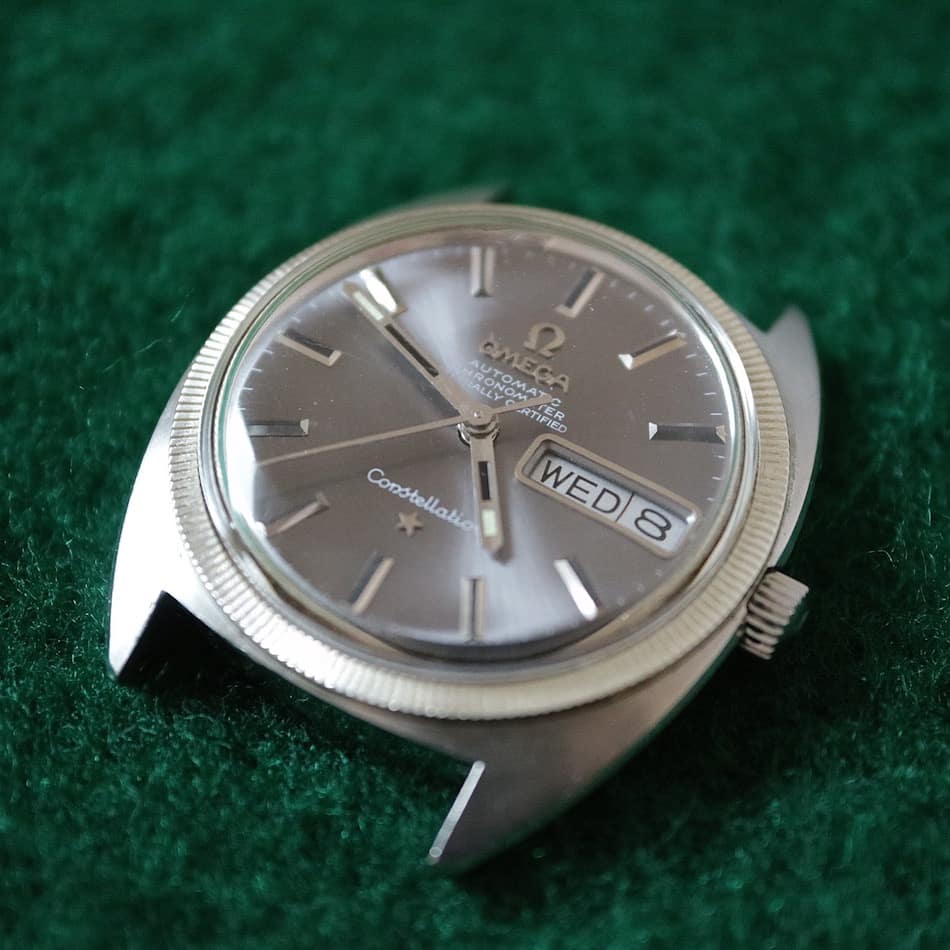 It would be great if this could turn into a full time, paying gig… or if anyone out there is reading this and needs an event/podcast guy. 😉

If I do nothing more than to keep bringing interesting people together and sharing their stories, that would keep me very happy. 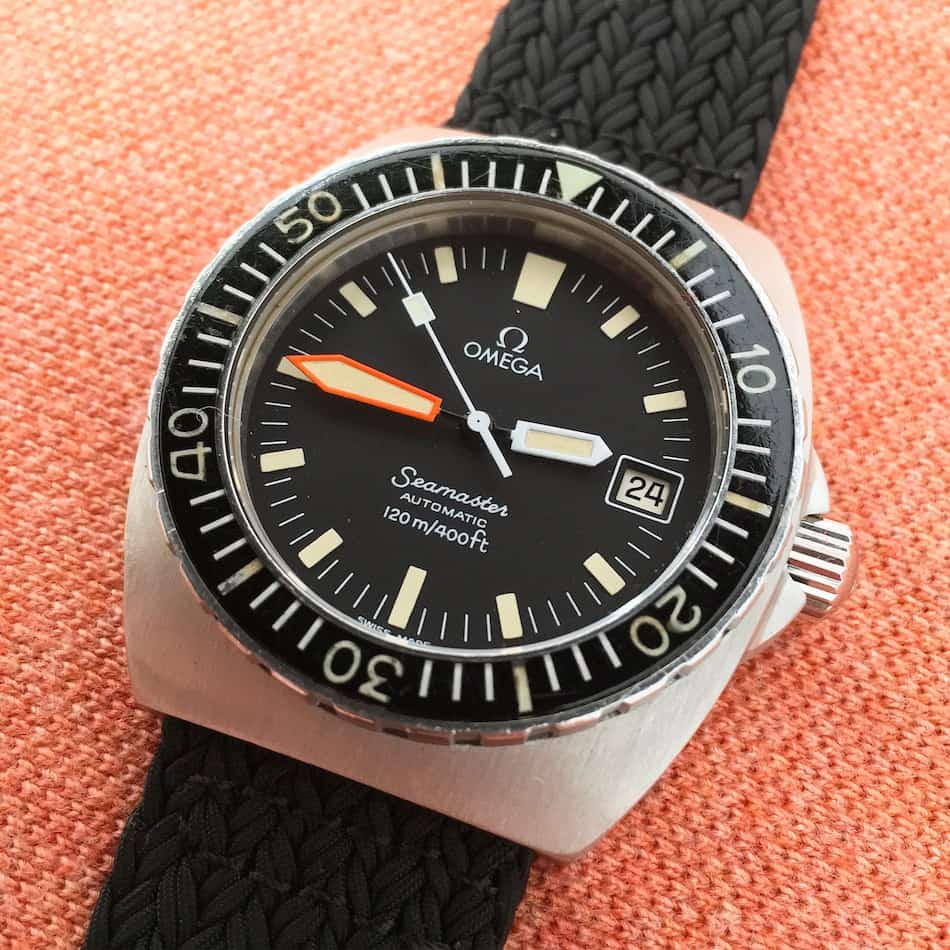 FW: Lastly, because we’re fellow geeks (and I’ve seen your penchant for Omegas), is there a certain piece in your collection that rings as a favorite with a story?  And, if it’s not a secret, are there any pieces on your radar?

Oh man. Where to start? Obviously the Speedmaster from my folks is special. Heck, every watch, past and present is special in its own way. 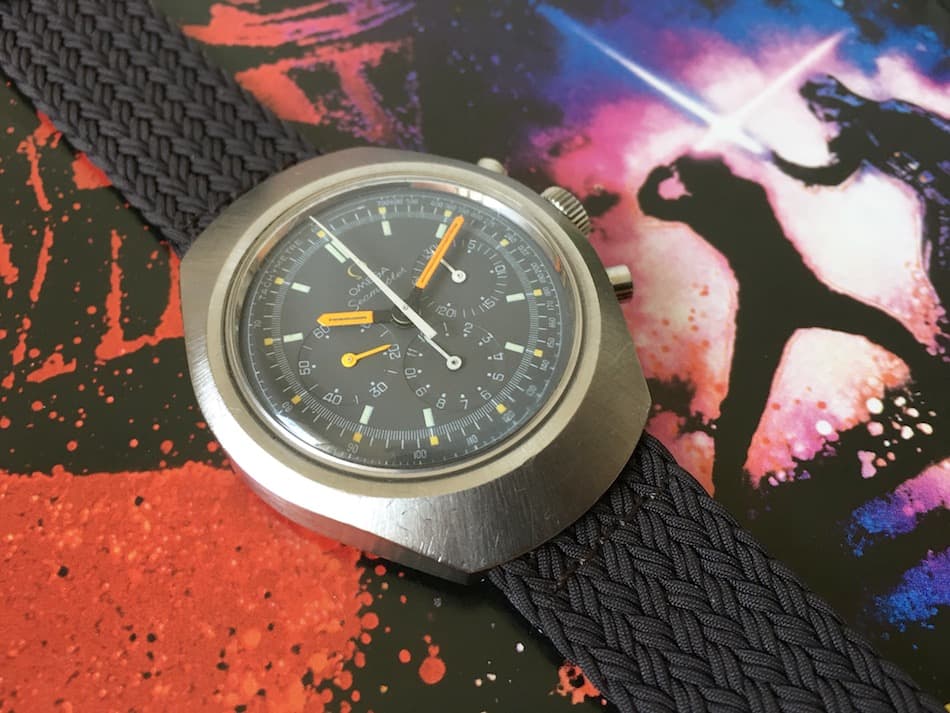 FW: The most recent purchase?

I snagged this Omega Seamaster “Jedi” 145.024 from eBay – it wasn’t listed with the most flattering pictures and the price was a bit high, but I went back and forth with the seller over a few days and we agreed on a deal we were both happy with.

It came on the bracelet, with both boxes and papers – which is insanely cool for a nearly 50-year-old watch. I posted it up on the Omega Forums when it arrived and the amount of people who “nearly” bought it… I got out there, and talked to the guy… and I guess that’s what this hobby, and Time4APint is all about – talking to other watch nerds. 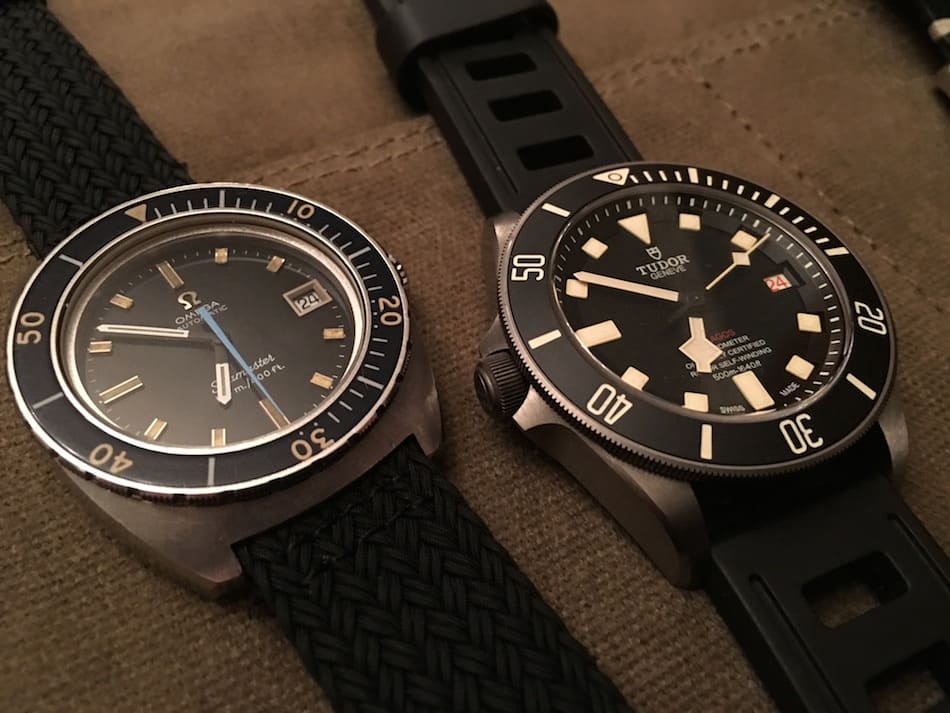 Thanks a lot to Chris Mann for answering some questions about Time4APint. Chris was also quick to add that if anyone would like to share their story, he’d love to talk to them! Feel free to contact him through the Time4APint website! 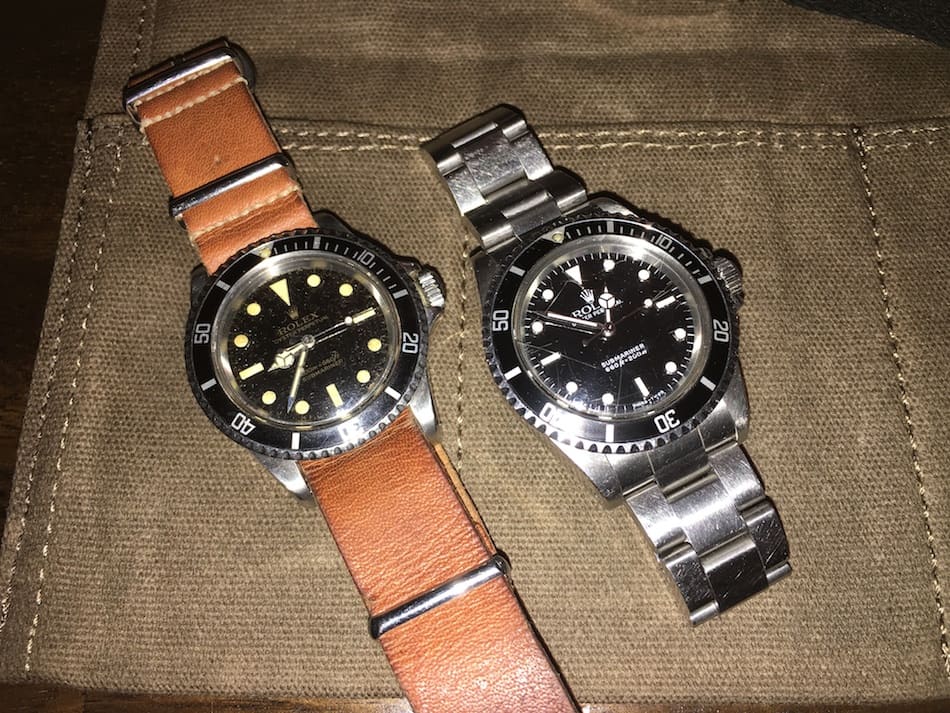 Personally speaking, I’m pretty happy that my daily drives into work are becoming more “filled” with watch-related content that emanates from my car stereo system. Let us know what you think about Time4APint. Cheers!

Hot Topics
Laventure Automobile Chronograph With A Proprietary Movement — Marking A Huge Leap Forward For One Of The Industry’s Most Promising Brands
155 comments
We Talk To Swatch Group CEO Nick Hayek About The MoonSwatch
93 comments
Fratello Exclusive: An Inside Look At The MoonSwatch Production Facilities
75 comments
Selling Your Watch To A Dealer Or Trading It In — Tips From A Former Watch Dealer
49 comments
Summer Splash — Round 2 : Jorg’s Tudor Pelagos FXD Vs. Lex’s Hublot Big Bang Integral Ceramic Sky Blue
48 comments
Popular
Grand Seiko SBGA211 ‘Snowflake’ And Why I Didn’t Buy It
Robert-Jan Broer
22
Hands-On With The Patek Philippe Nautilus 5740/1G
Robert-Jan Broer
2
An Overview: The Tissot Chemin des Tourelles Watches
Fratello