With over 2,000 watches in auction every week, you can imagine that some true treasures have been bought and sold at online auction platform Catawiki. Looking back at their previous watch auctions, you’ll find a number of intriguing timepieces. Their team of watch experts, who review every watch and curate each weekly auction, have shared the unique stories behind a few of the best watch sales.

The rarity of this Omega Seamaster XVI which came up for auction is attributed to the design. It was never released for commercial sale. Omega has been the official timekeeper of the Olympic games since 1932, and as such has created a number of commemorative watches to celebrate the events. In 1952 they chose to use the Olympic Cross of Merit, which they had recently been awarded, in the design of their latest watch. This commemorative timepiece would honour both their 25 years of official Olympic service and the 16th summer olympic games in Melbourne. They chose 2 different designs, both featuring the cross of merit and the interlocking olympic rings, and produced 100 prototypes of the Seamaster XVI watch. One design featured red rings, and the other multi-coloured rings. Unfortunately, Omega did not have permission to use the Olympic Cross of Merit in their design, therefore these prototypes were never released for commercial sale, and those already on the market were recalled. Omega then redesigned the watch to feature only the Olympic rings and the roman numeral XVI. In June, 2017, one of the prototypes featuring the monochromatic red Olympic rings came up for auction and achieved a winning bid of €5,500.

Danish watchmakers Svante Elis Strömgren, Jens Olsen and Cornelius-Knudsen, designed this exclusive pocket watch for astronomical navigation at sea in the early 1920s. It provides continuous, simultaneous 24-hour sidereal time and Greenwich mean time. The time needed for the Earth to make a full rotation on its axis is referred to as sidereal time. It’s based on the fixed position of the stars. So this watch literally combines star time with mean time. The pocket watch is unique not only for its age, but also for its rarity. There are only 4 of this nearly 100-year-old watch known to be in existence today. In 2012, one of the four was sold on Catawiki for a winning bid of €2,900. 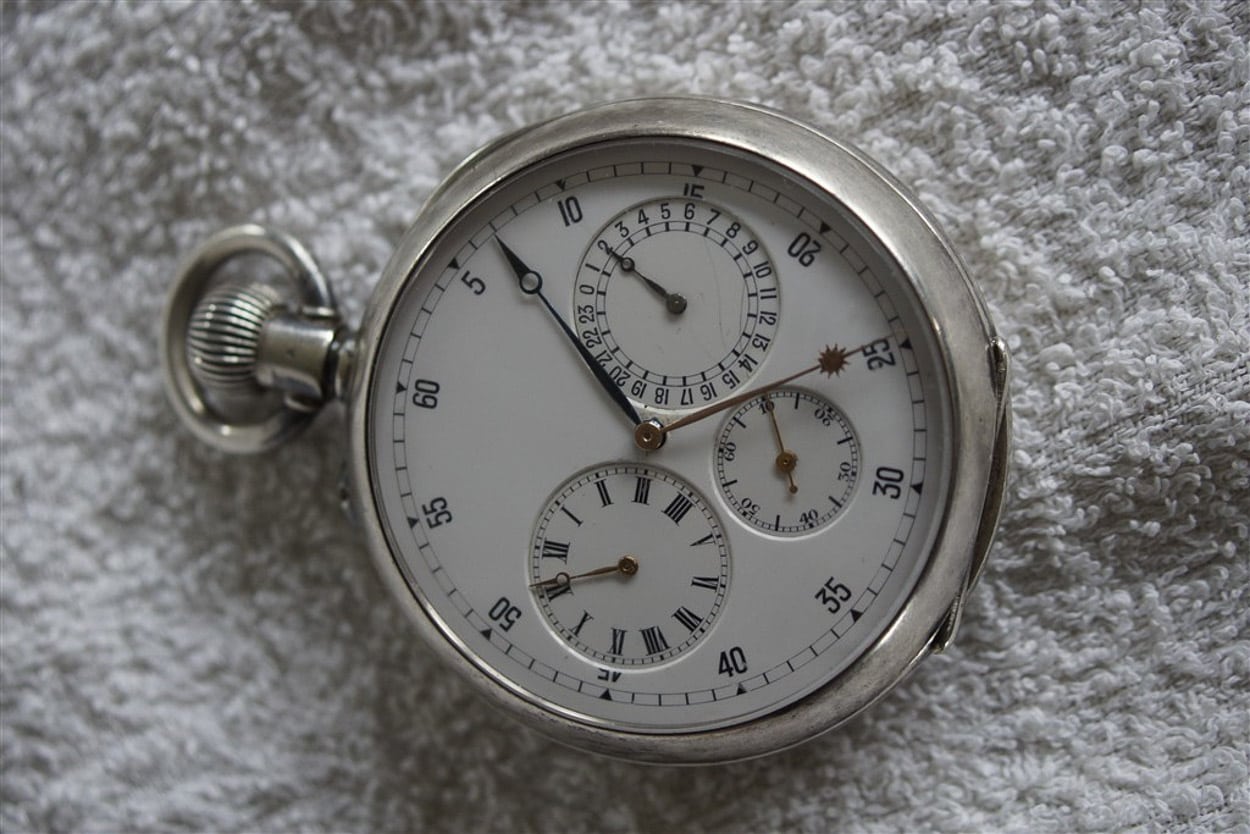 Longines excelled in aviation and sports, which propelled them to the forefront of the watchmaking industry. As the official supplier for Fédération Aéronautique Internationale they focused on producing functional timepieces which rose to the challenges faced by pilots and provided them with functional timepieces. In 1936 they produced their first watch that featured a flyback feature which was not common at the time despite it being in production since the 19th century. With this feature, pilots could reset the chronograph function on their watches with just one finger to measure intervals (for instance, when bombing). Steel 13ZN chronographs like this are very early tool watches in fact. In 2017 Catawiki auctioned off its very first Longines Chronograph 13ZN and it sold for €18,924 – more than double their expert’s estimate! 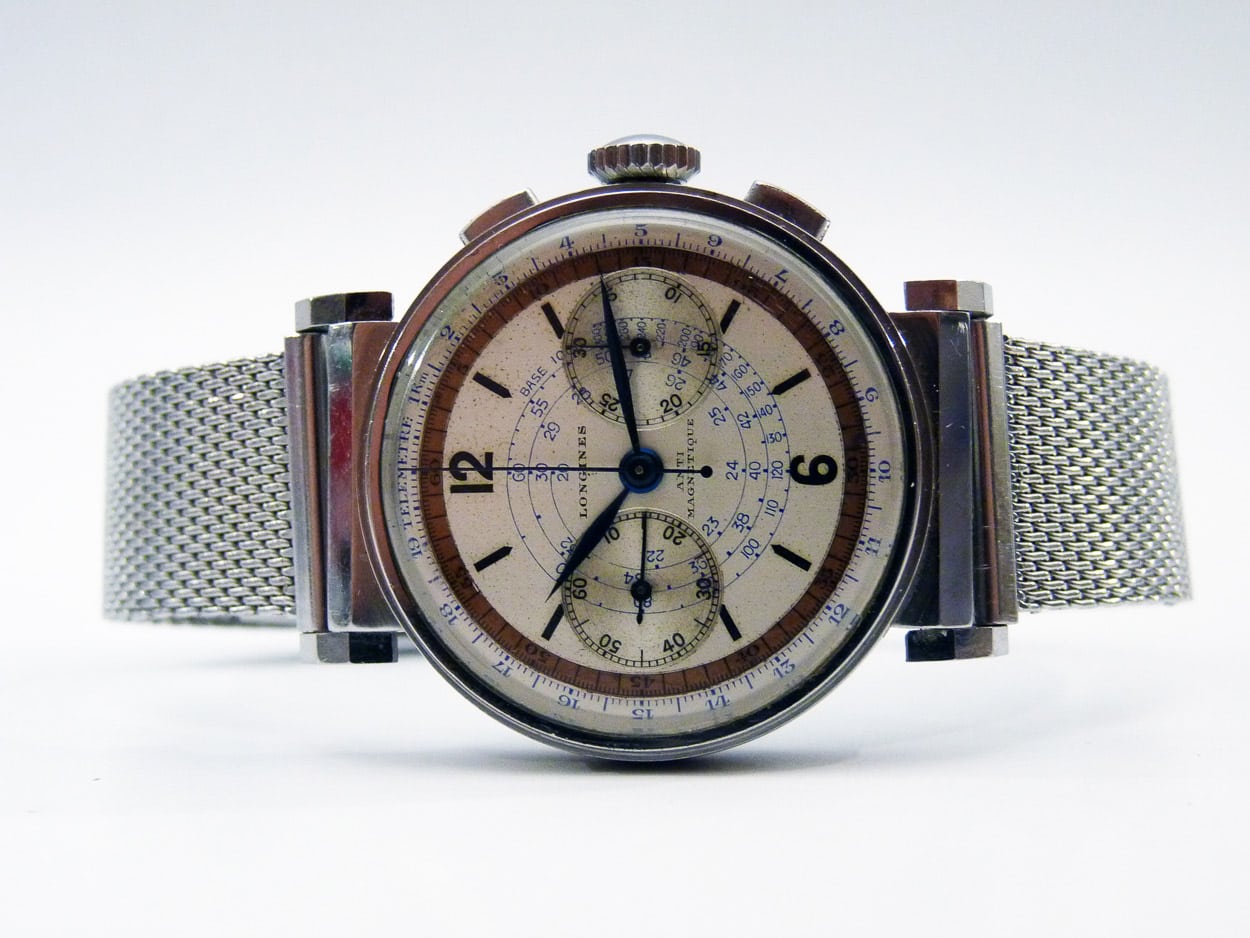 Relative newcomer to the luxury watch market, Jean-Mairet & Gillman, was founded in 2000. The inspiration for this timepiece came to the company’s founder during a flight to Madrid. There were already other world timers on the market, but he realised that he could adapt the movement already used in his timepieces to provide the same functionality of other world timers: telling the time for all 24 time zones simultaneously. Combined with an alarm function and an elegant design, the Hora Mundi is the ideal luxury timepiece for travelers. It was a limited edition watch and only 25 were produced. In 2017 number 5 of the 25 sold at Catawiki’s auction for an impressive €17,000. 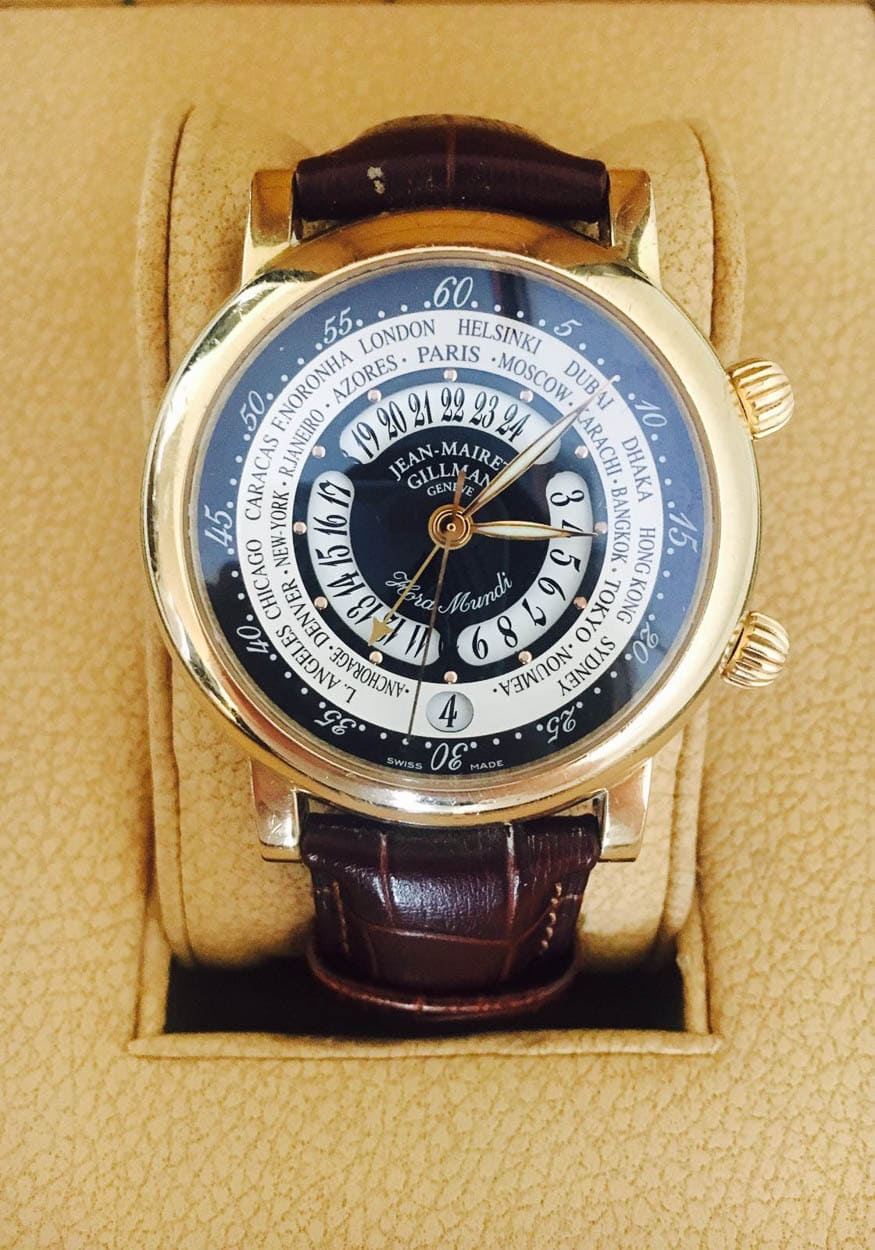 Discover more exceptional timepieces at Catawiki’s weekly Watches auctions. And register here to become a seller and offer up your own watches for auction.