Last week I mentioned a lot of Panda-love again. Our own Teun van Heerebeek showed the stickers which he will bring to Baselworld. Including in the designs of the stickers is the drawing of his Watches & Pencils #16 about Panda Dials. It immediately became my favorite sticker. 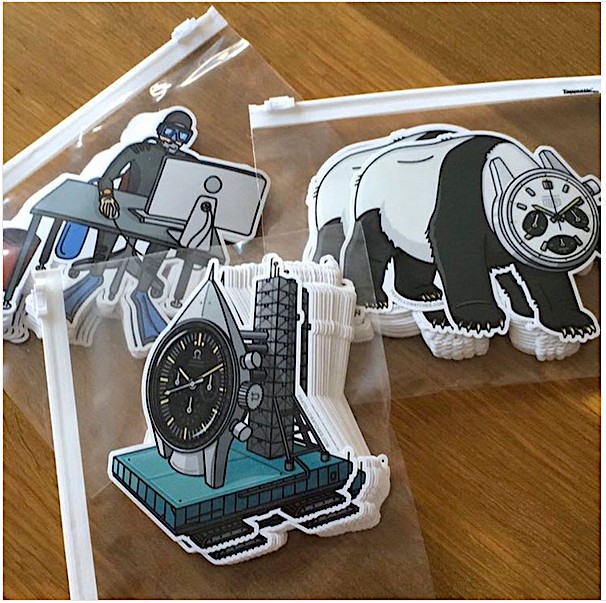 This, and a few other items, inspired me to wear a watch with a Panda-dial for this weeks 52Mondayz. I chose the Universal Geneve Compax 1950 with reference 884.475. A very well made watch from the time that UG fell under the Hong Kong Stellux Group umbrella. Please don’t be fooled by the official name of this watch, it wasn’t produced in 1950, however in the nineties of the last century.

In fact the watch does remember me somewhat of the Omega Speedmaster Professional. Although the size of the case is with 37 mm somewhat smaller, the quality and finish are very equal to those of the Speedmaster. The Universal Geneve Compax is even pressure rated at 11 BAR (110 meter), indicated as 10 ATU at the watch’ case back. 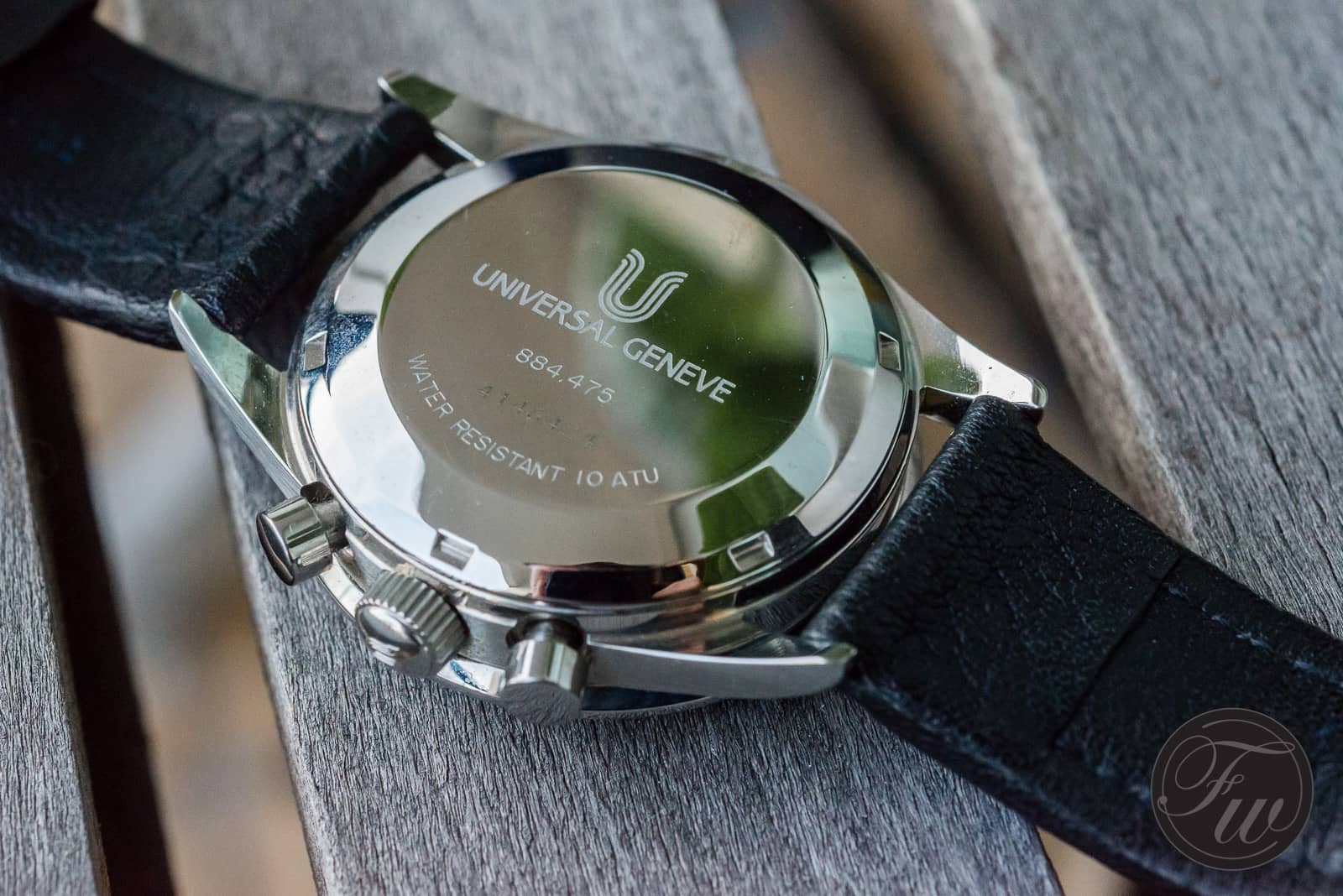 ATU, or actually ATÜ, is a German abbreviation and stands for “Atmosphären Überdruck”, which is equivalent to the atmospheric pressure (1013 mbar, 1 ATM) plus the rated pressure in ATM. No idea where this came from and why UG/Stellux chose to use this unit. To be honest I even doubt if the rating was meant to indicate a resistance of 110 meters water depth.

The Universal Geneve Compax 1950 had acrylic crystal as well, and the hand winding movement is the same as the Speedmaster Professional; Universal Geneve used the (17 jewels, 21.600/h) Lemania 1873 in this Compax as well. 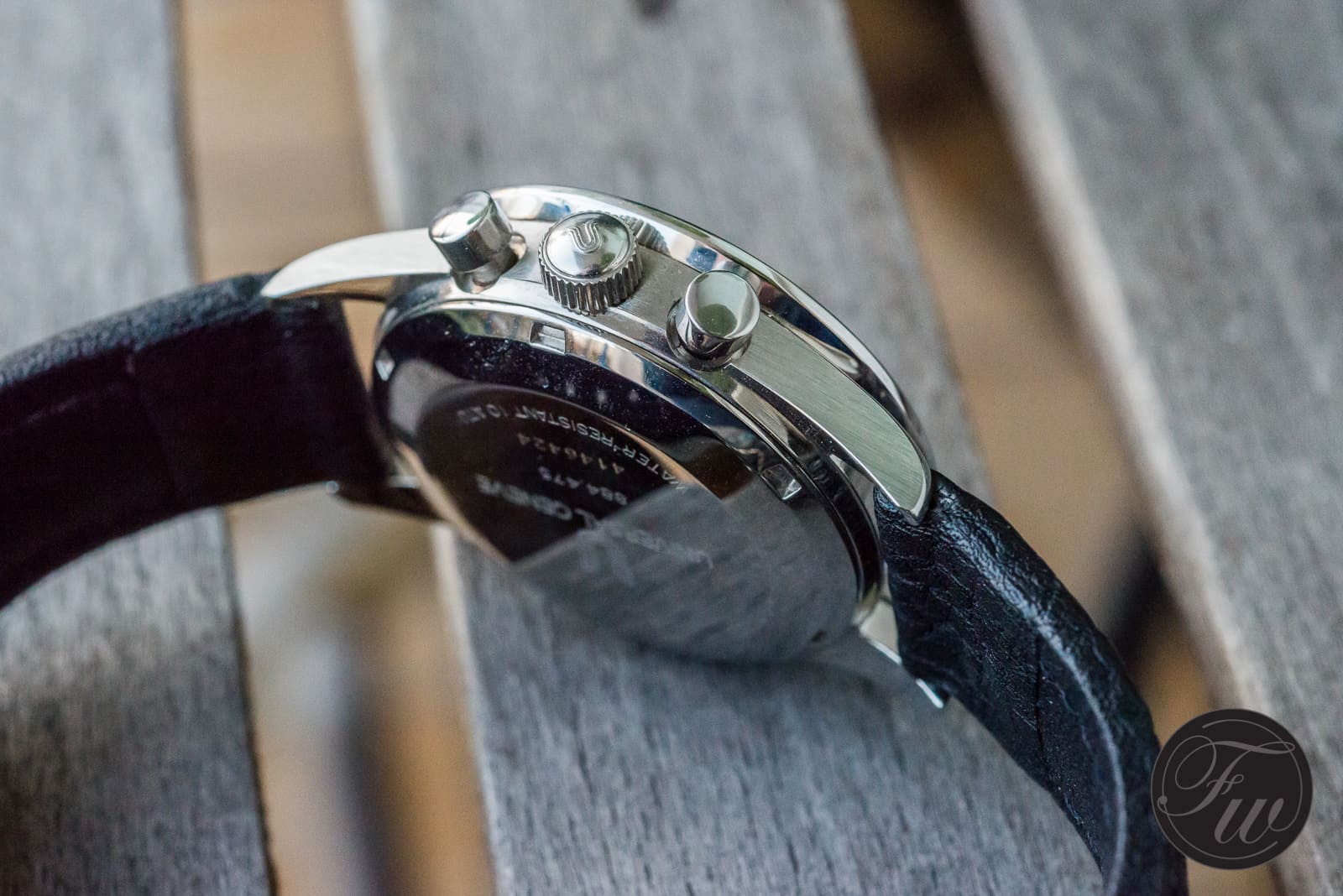 And to mention something which I remember from being UG’s agent in The Netherlands. When we received these watches from Universal Geneve – at that time based in Biel/Bienne (as well) – they were often packed in styrofoam boxes which were embossed with the Omega logo. Most probably UG and Omega used the same case producer and movement supplier at that time.

Well anyway, the Universal Geneve Compax is as most Panda-dialed watches a very pretty appearance on the wrist. I’ll wear it this week on a generic black leather strap, rather than on the stainless steel bracelet which it came on originally. The stainless steel bracelet is more or less of the bead-of-rice type and fits very well to the watch. I just had it never sized, and don’t have it at hand as well. I’m sorry I couldn’t even find a picture of it. 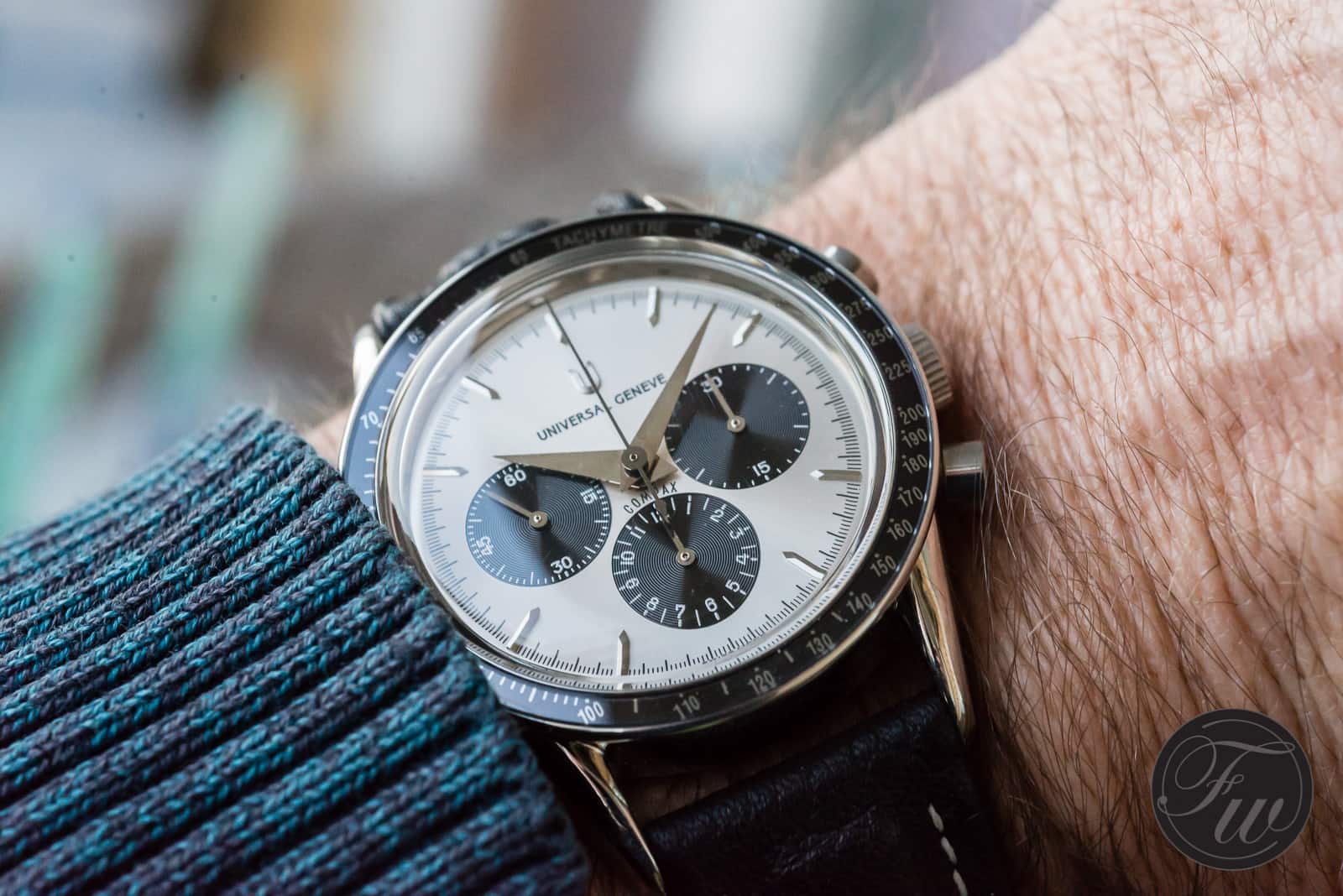 I remember there was the same model with a dark blue dial and bezel. And if I’m not mistaken a burgundy version as well. Even bi-color and solid 18 ct yellow gold versions were available.

How pretty the Panda-dial looks on the watch and on your wrist, in my personal opinion it’s not the most easy to read dial around. The contrast between the dial and registers is that heavy, that spotting the hands isn’t always possible on first sight.

Not many of these watches were produced most probably, and thus not many of them are offered today. I’ve seen them for sale between € 2.000,= and € 4.000,= (depending on condition and box and papers) which I think are fair prices for such a honest nice and high-quality product.