Wasn’t That A Party? — Longines And The FIS Lake Louise Alpine World Cup

Against a backdrop of ringing cowbells, Longines billboards, and soaring peaks, Canada’s Jack Crawford takes up his position at the starting gate. He is only moments from dropping into the downhill course at Lake Louise, where he will plunge 800 meters, approaching speeds of up to 130 kilometers per hour. Months of pre-season training led up to this moment, and in a minute and a half, it will all be over. Crawford, who won bronze in the Men’s Combined event at the Beijing Olympics last February, is a hometown favorite. But he’ll have to stave off the likes of Norway’s legendary Aleksander Kilde (who won the overall title last year), Switzerland’s Marco Odermatt (last year’s Giant Slalom champion), and a host of Austrians, including Daniel Hemetsberger and Matthias Mayer.

Almost three kilometers away, in the VIP section at the finish line, Longines Brand Manager Romina Di Pasquale and Canadian West Coast Sales Representative Matthew Stone keep a keen eye on the Audi Jumbotron the Longines Leaderboard right next to it. After all, that’s why they’re here. This year marks the 190th anniversary of Longines. With the opening of the FIS Alpine World Cup Tour at Lake Louise, Longines is also celebrating its 18th year as the official timekeeper for the sport. 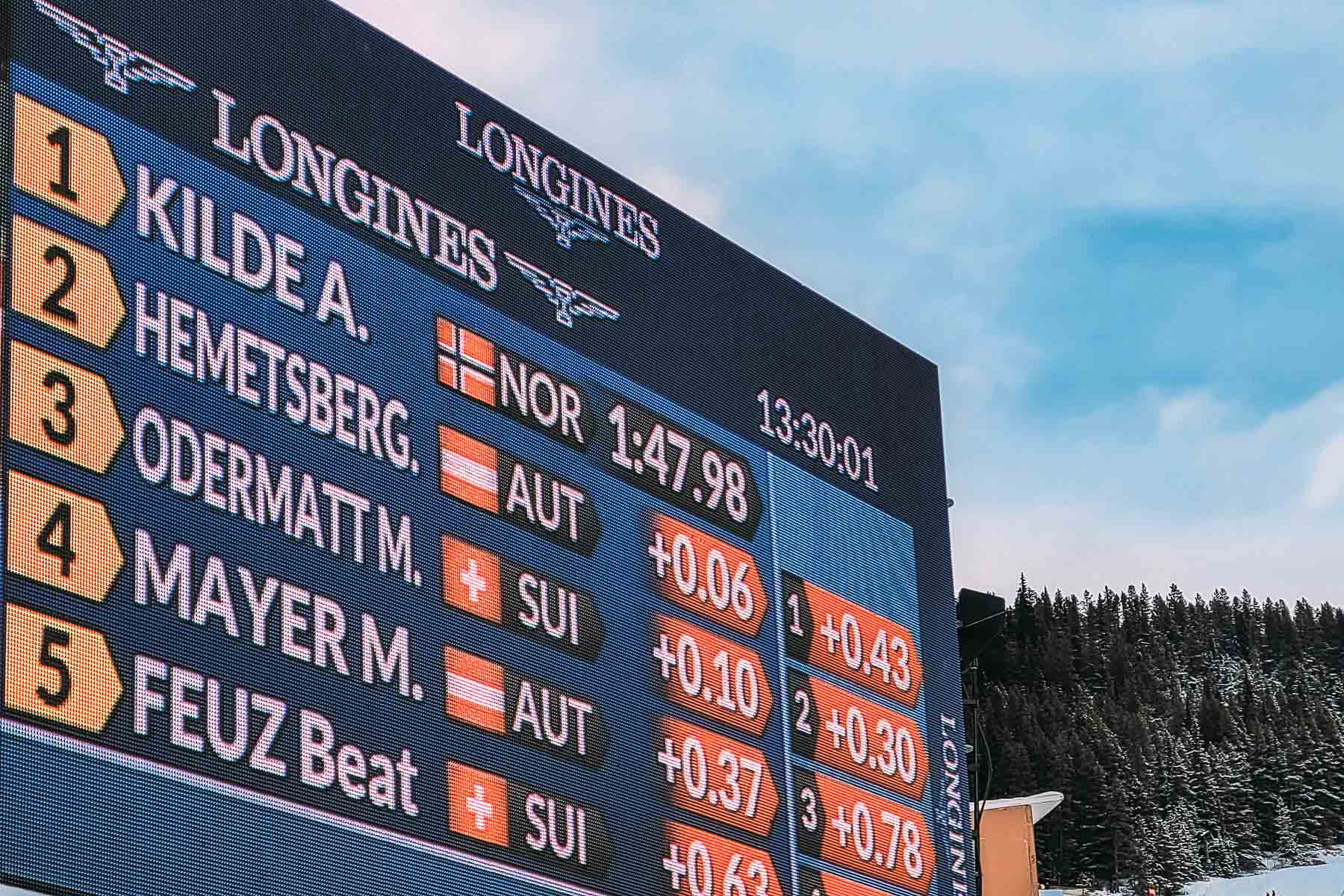 Gathered with Di Pasquale and Stone is a small group of a dozen or so brand adherents. They include Bernard and Jonathan Florence of Calgary Jewellery, co-hosts for the weekend celebrations. Later, at an Après Ski event and dinner at the Fairmont Château Lake Louise, the party will have an opportunity to toast the brand’s successes over the last two centuries as well as look toward its future — which, slope-side, with the sun cracking through the clouds above the majestic Rocky Mountains, amid the excitement and the clamor of the day’s sporting event, looks particularly bright. 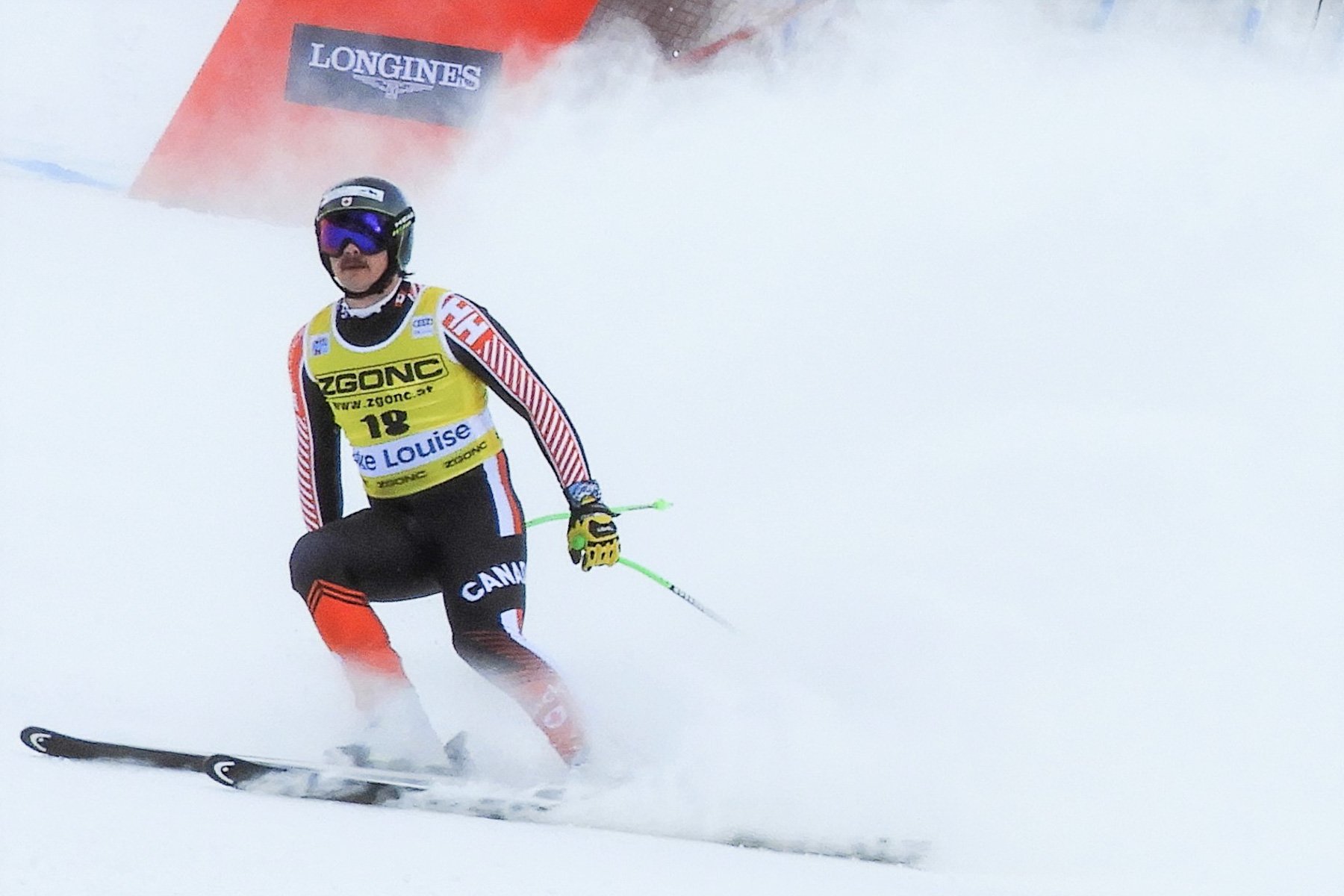 Raiguel Jeune & Cie was founded in 1832 by Auguste Agassiz in the town of Saint-Imier, Switzerland. Little did he know then that his small comptoir — better known today as Longines — would one day be celebrating its 190th birthday. Nor was he aware that its brand logo, registered in 1889, would be the longest enduring, unchanged trademark in the watchmaking world.

But as with every ember, someone must gently breathe it into flame.

Agassiz chose Ernest Francillon, his energetic nephew, for this task. It was Francillon who established the new factory next to the “longines” — the long meadows — in 1866, from which the company drew its eventual moniker. Francillon also brought on Jacques David in 1867. In his role as technical director, David would revolutionize the Swiss industry and Longines after an 1876 expedition to the World’s Fair in Philadelphia, where he took copious notes regarding the fabricating techniques and quality control of the burgeoning American watchmakers. His 108-page treatise, written upon his return, pulled Switzerland from the comptoir practices of the établissage system and into the world of modern manufacturing. 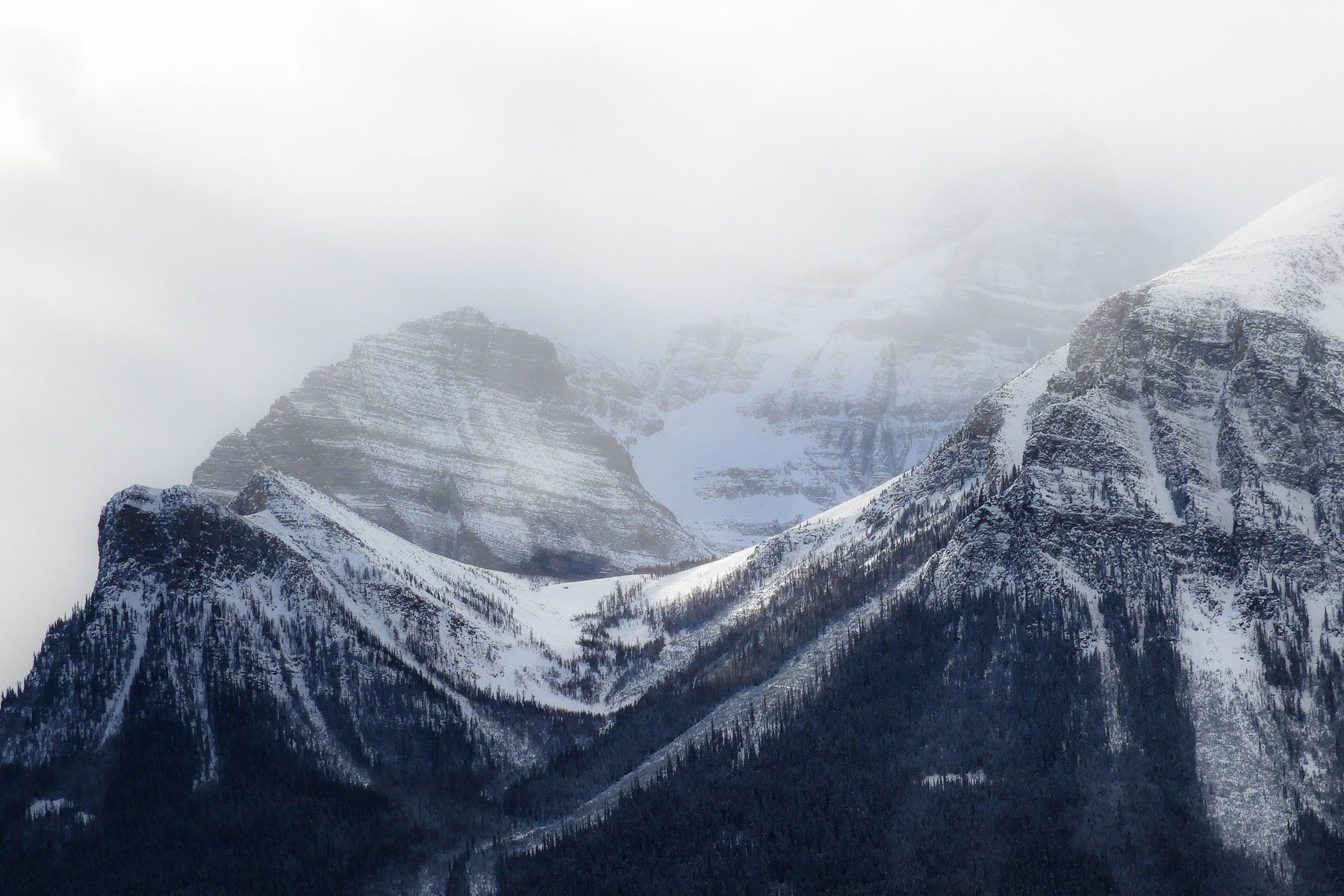 Longines’s participation in sports and sports timing dates back more than a century to the development of the company’s Calibre 19.73. The movement, which surfaced in 1890, signaled the brand’s entry into the world of precision competition timing, particularly in the field of equestrian events. 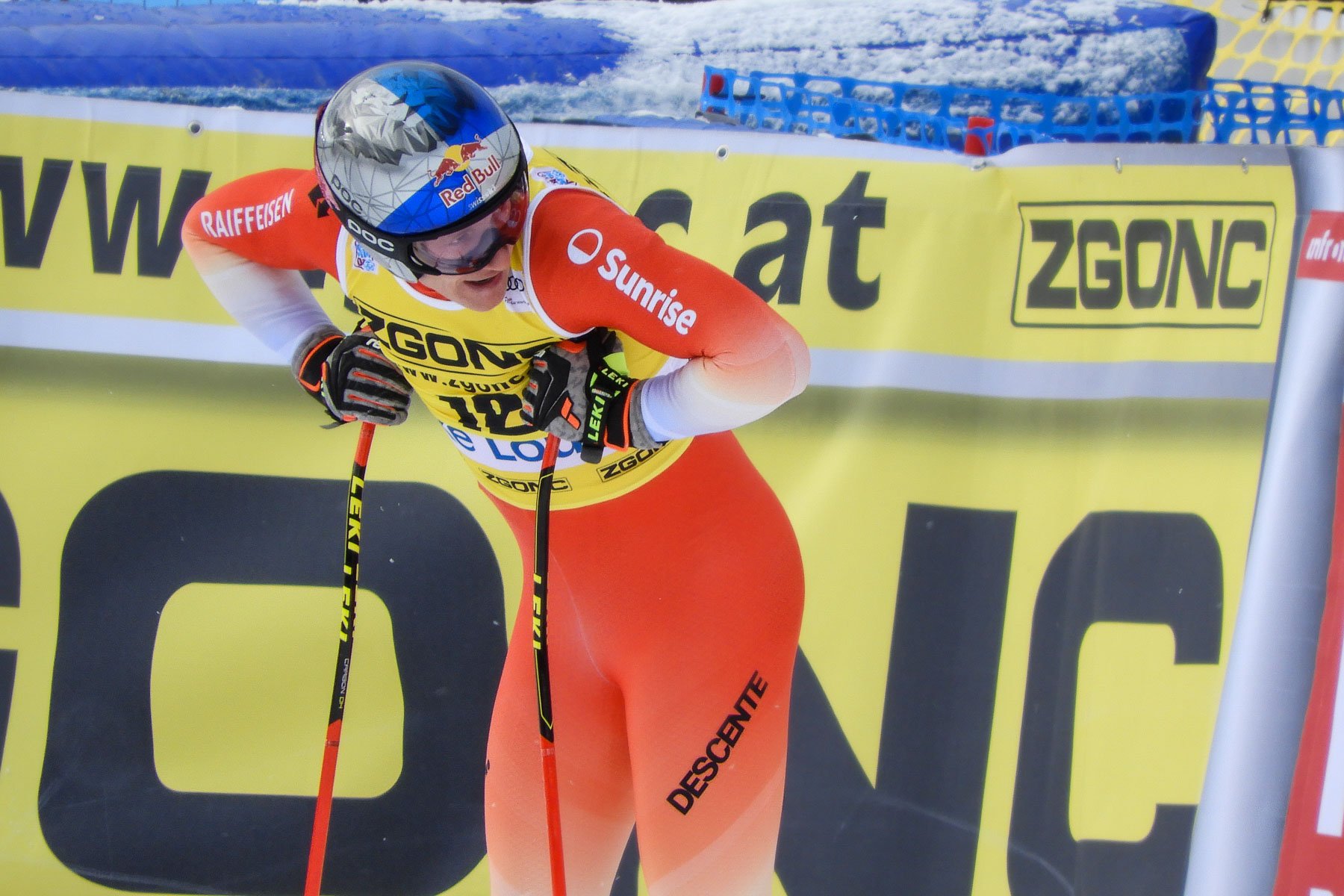 Throughout the years, Longines maintained a space at the forefront of a quickly evolving discipline, providing elegant technical solutions that increased the accuracy of sports timing from a tenth, to a hundredth, and now, to a millionth of a second. But beyond clocks and timekeeping, the brand also contributed valuable innovations in racing technology. 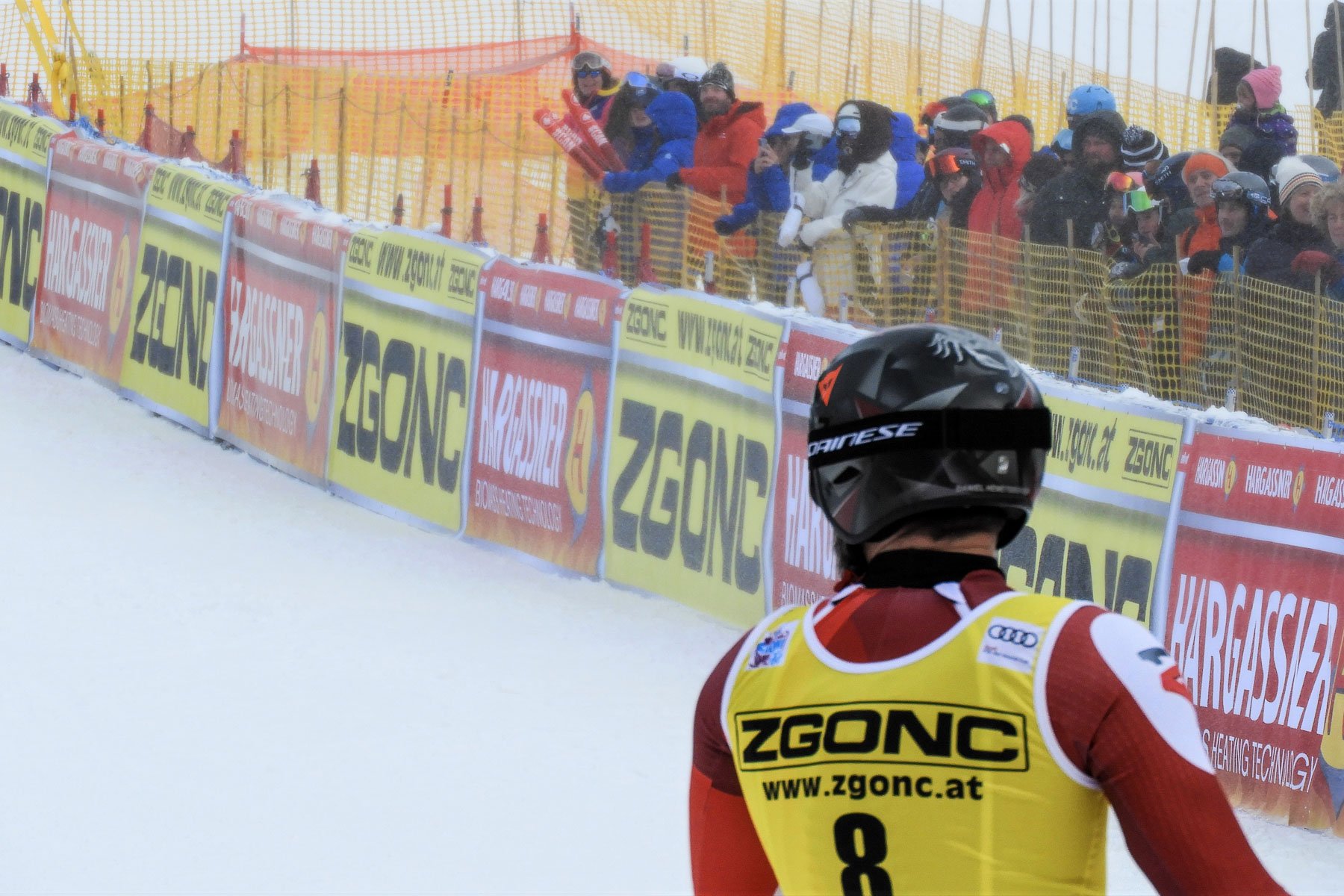 In 1912, for instance, the watchmaker developed an electromechanical method for starting and ending races. You might say, then, that the origin of the adage “down to the wire” started with Longines. Two years later, the watchmaker produced its first high-beat movement, oscillating at 36,000vph. This allowed the brand to attain precision to a tenth of a second. By 1916, Longines could accurately track time to a hundredth. 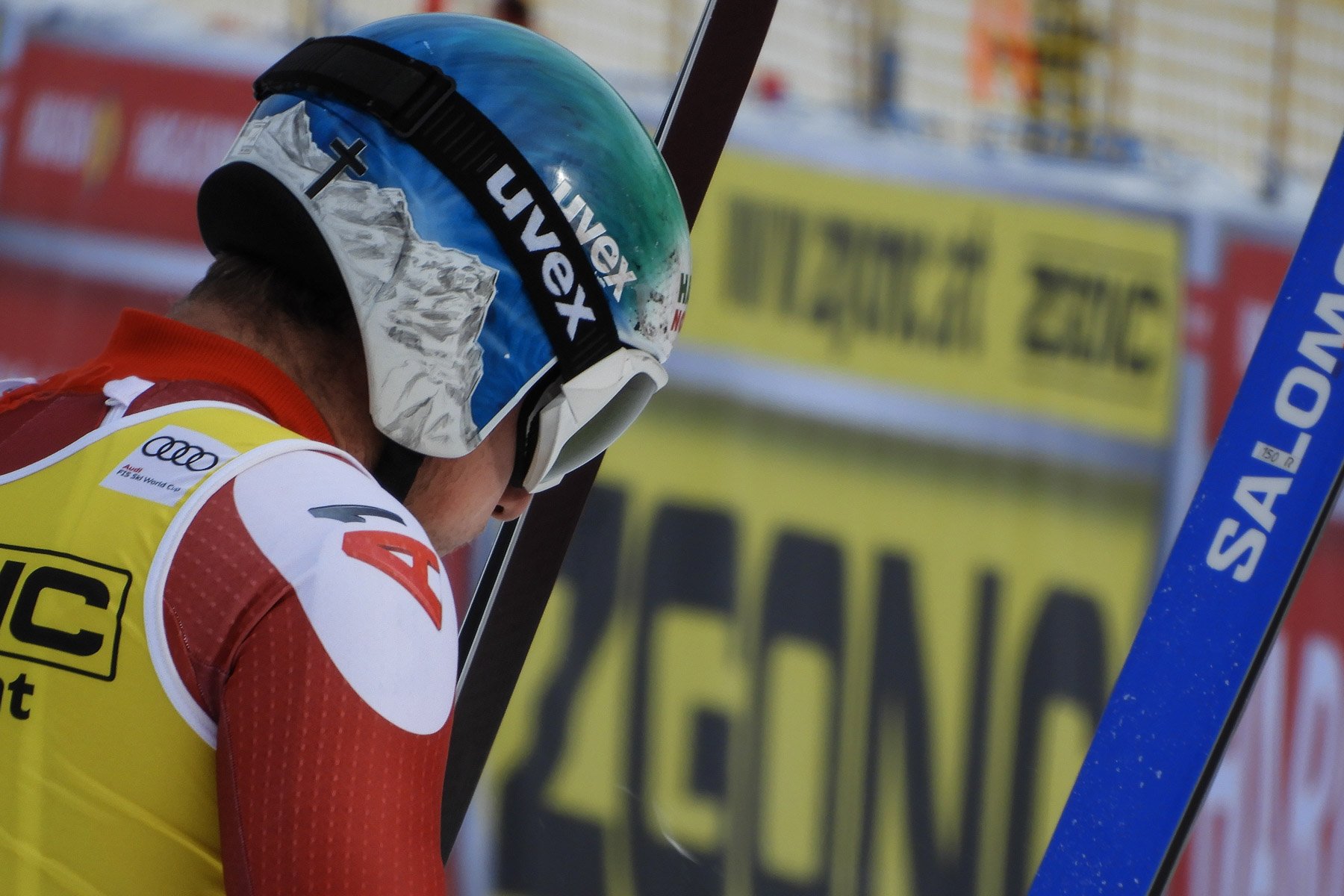 In the winter of 1924, the Longines team timed their first local ski race. Innovations like light-beam timing and a split second-hand chronograph in the 1930s propelled them to the World Ski Championships in Chamonix, France, in 1939. During the next two decades, Longines would patent a number of timing inventions, including the Chronocamera, electromechanical gates for ski racing, the Contifort photo finish camera, and the Chronotypogines, which recorded sports times on paper. 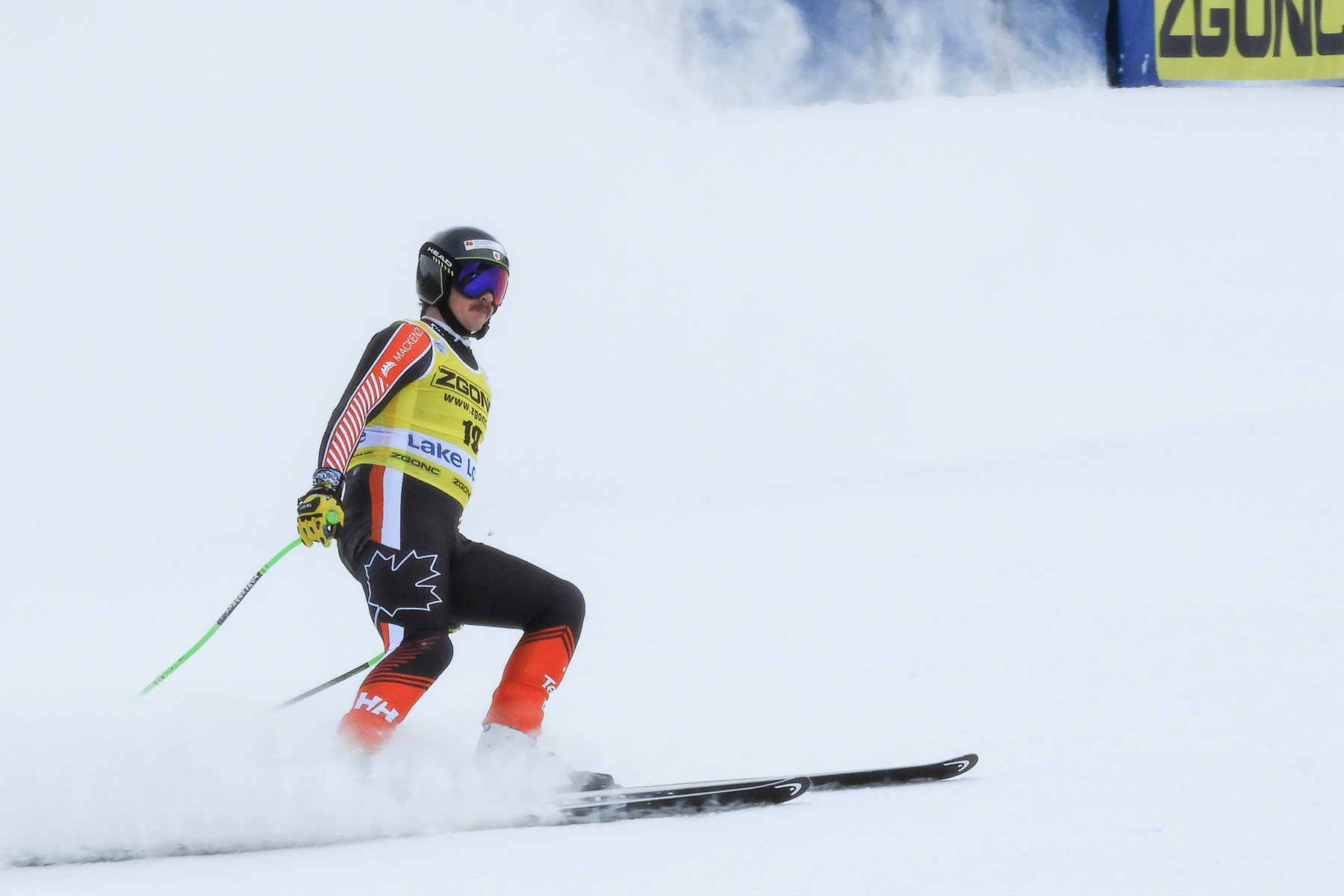 In 2010, the Longines Quantum Timer could pinpoint sports accuracy to a millionth of a second.

Today, Longines continues its legacy as a sports timer in tennis, gymnastics, and horse racing, among others. Notable events with which Longines has partnered include the Triple Crown and the French Open. But the company also has a lesser-known history with rally cars and Formula One.

This weekend, however, is all about skiing. 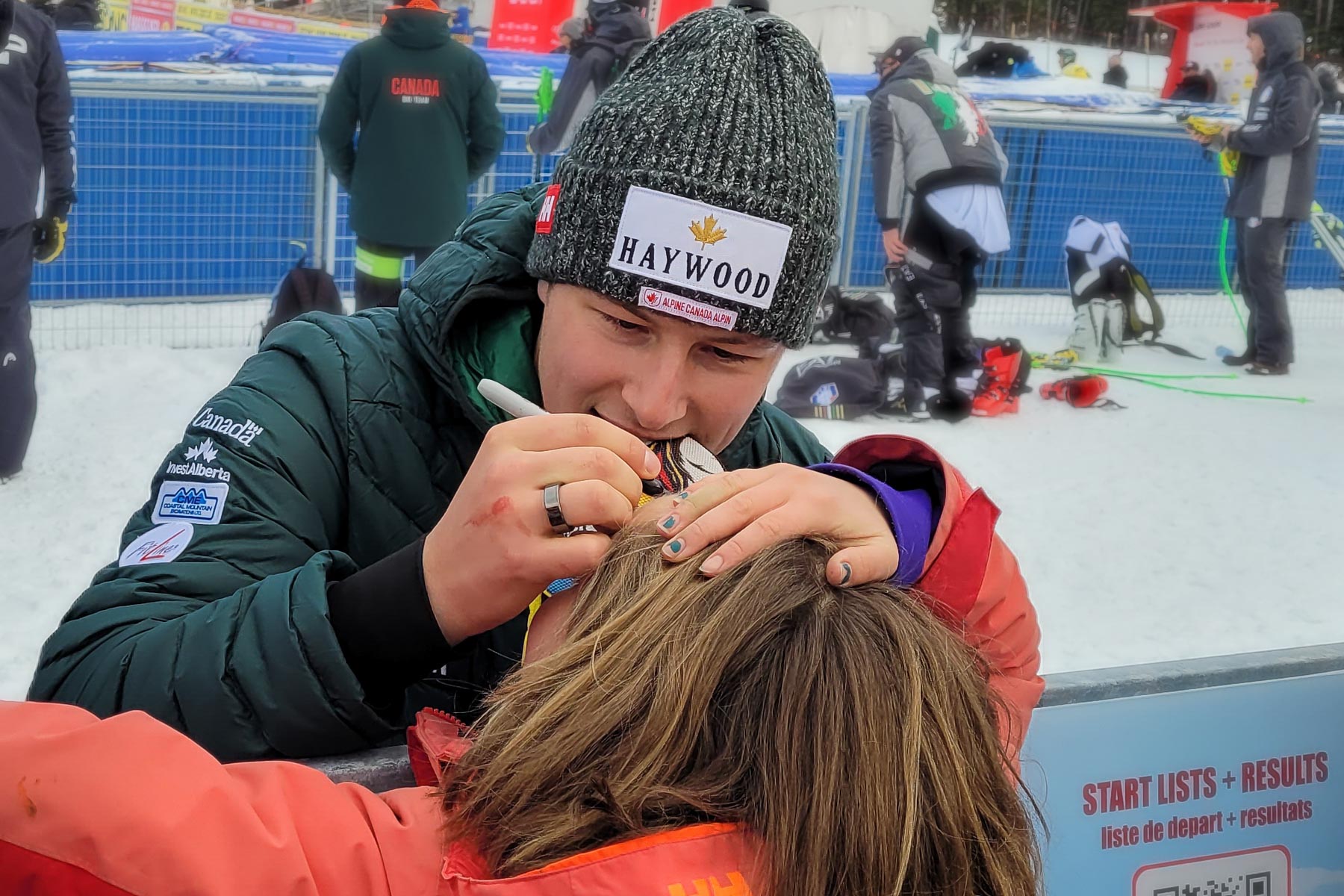 At a late afternoon Après Ski cocktail in the Alpine Social at the Fairmont Hotel, Sharlene Hrabec, chief of timing and calculation at Lake Louise, explains the mechanics of timing ski races. She and her team of volunteers manage things on the slope, beginning five days earlier and working in conjunction with the course preppers. They run the cabling that the Longines team will use upon their arrival. 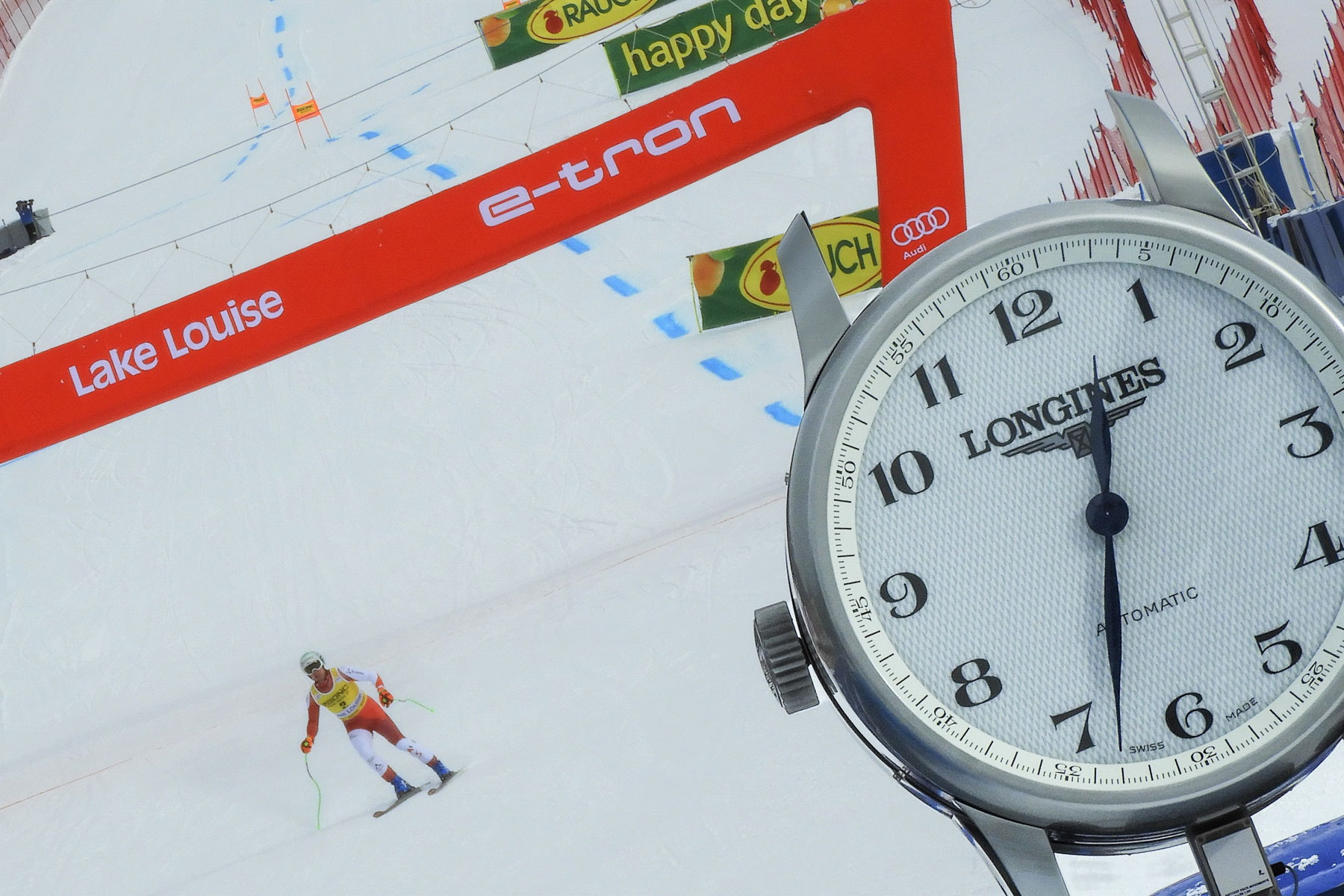 Together, Hrabec’s crew and the techs from Longines will place the all-important infra-red photo boxes. These will time intervals as skiers progress through the course. They install the countdown clock and commentator information system as well. Each day, long before the race schedule begins, both groups reconvene and walk the course, ensuring that nothing is amiss.

“Every once in a while, you can have a bear do damage to the cabling overnight,” jokes Hrabec. “That’s a lot of splicing to do in order to patch that up.”

Competitors begin their runs at a starting gate. When they burst through the wand, an electrical impulse starts the clock. Two synchronized timing systems operate as a fail-safe to report results. Racers are clocked down to a hundredth of a second. 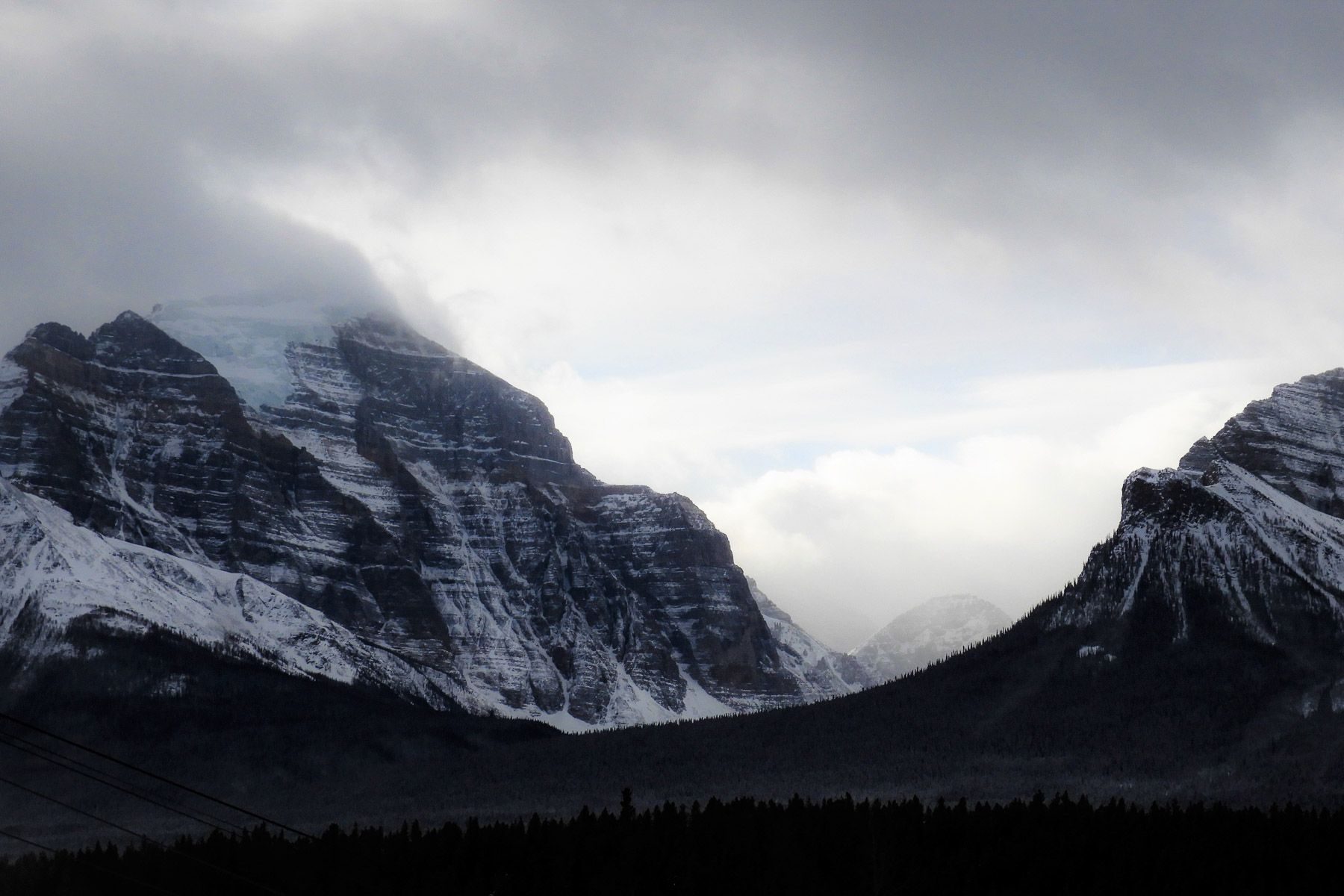 Recently, our friends at Hodinkee wrote that Longines may “quietly be having the best year of any Swiss watchmaker.” They’re not wrong. The brand began the year with its Zulu Time GMT from the Spirit Collection, a series of pilot-inspired watches that pay homage to the brand’s contributions to aviation history. This was followed hard upon by the Ultra-Chron Diver, a retro-inspired dive watch whose L836.6 high-beat movement is anything but vintage. And then Longines launched the Master Collection 190th Anniversary. If this wasn’t enough, less than two months ago, the brand gave us the Record Heritage Chronograph.

But the word “quiet” is by far the best descriptor for Longines’s success. 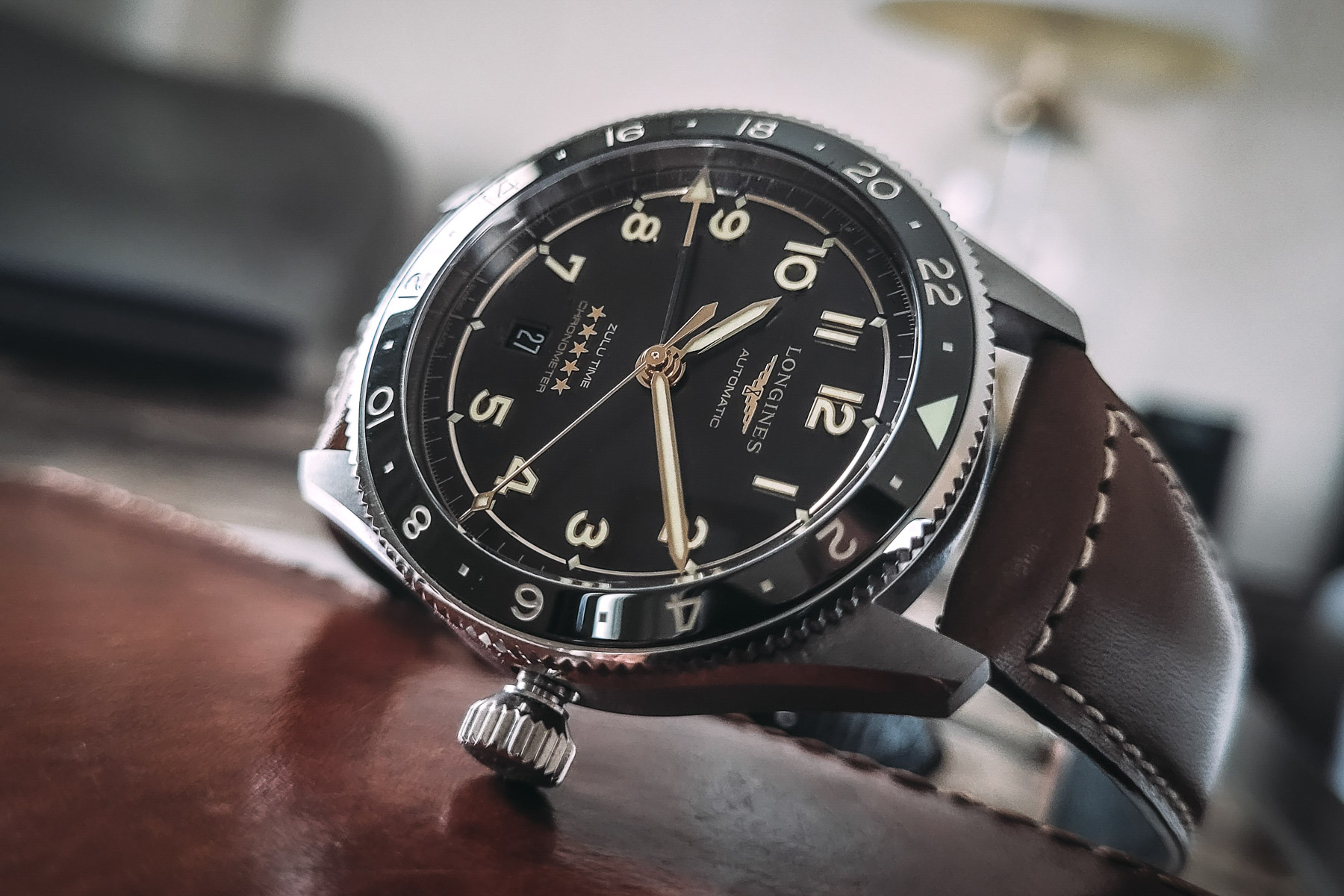 Despite being the world’s fourth-largest watch producer, you’d be hard-pressed to find Longines’s name on the average consumer’s lips. A glance at the brand’s Ambassadors of Elegance will also immediately signal that despite its market share, the company has a vision just left of center. In other words, Longines “grows” its own way. 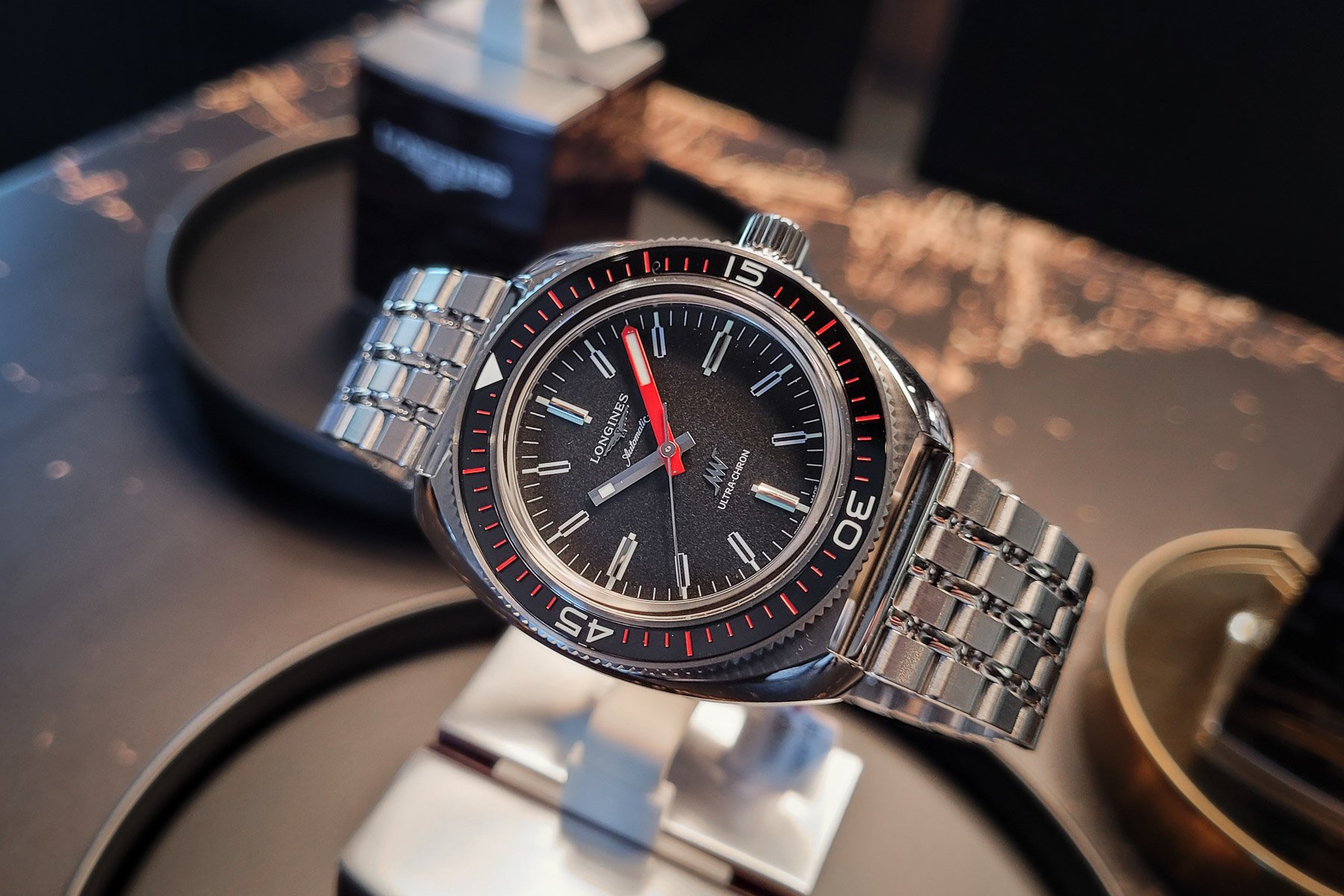 You might think that as a member of the Swatch Group stable, this kind of independent thinking would be impossible. But according to Brand Manager Romina Di Pasquale, “Each brand [in the Swatch Group] does its own thing.”

Canada’s West Coast Sales Representative Matthew Stone concurs. “We’re not in your face like other brands. Some people buy watches because of what the brand will communicate to others about themselves. If you wear Longines, you simply like watches.” 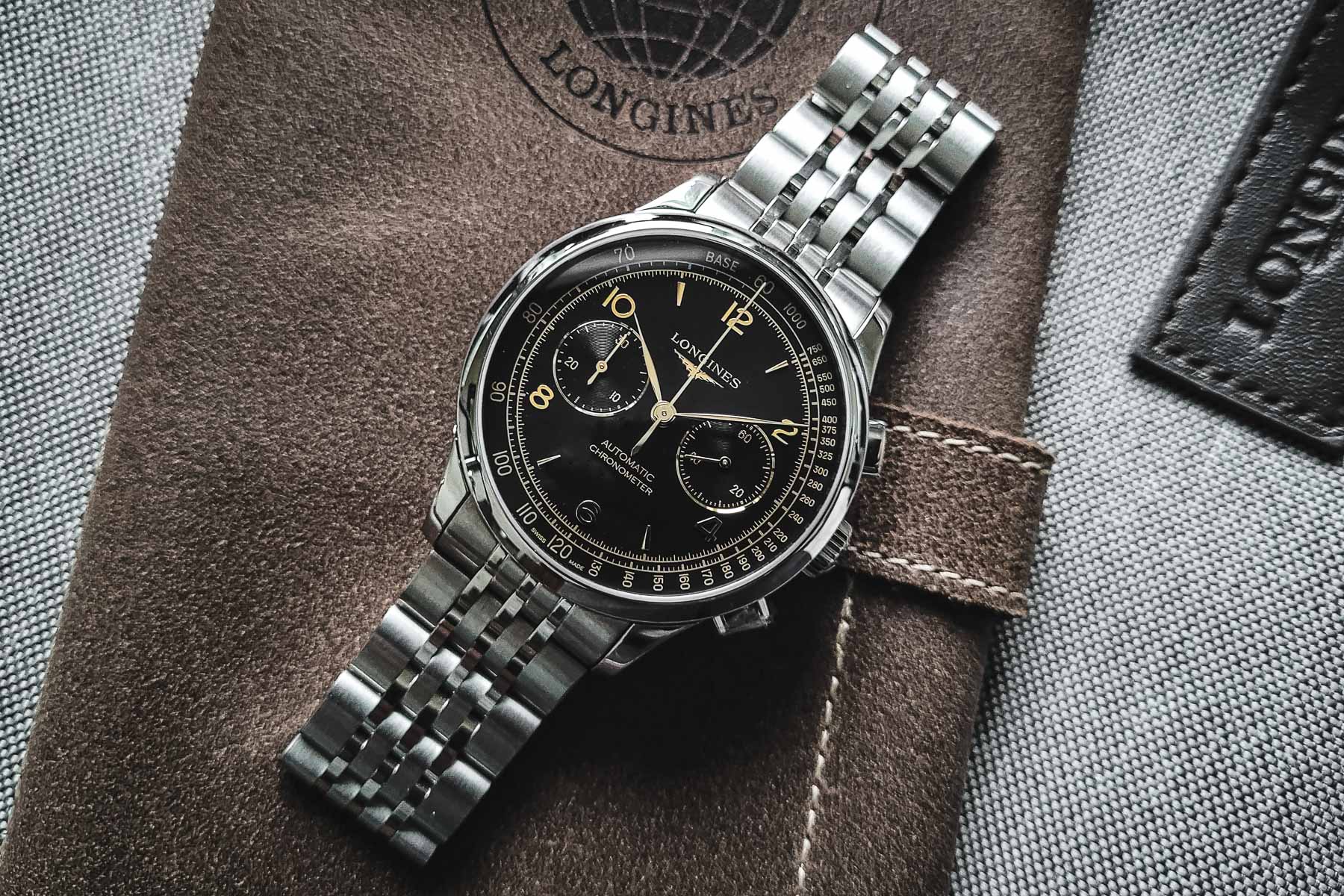 But that doesn’t mean that the brand is resting on its laurels or that it is content with complacency. Di Pasquale, in particular, would like to extend the brand’s reach in North America. “In Europe,” she says, “Longines can depend upon the strength of its reputation. Here, we need to do better at communicating our story. But we also want to engage with our customers.”

This is the purpose behind the low-key expedition to Lake Louise. There are no cake cuttings scheduled. No excessive fanfare. Just a steady flow of good food, good drink, and good times. “I like to sit down informally with like-minded watch people and hear what they have to say,” Romina adds. “I want to know what they want from Longines.”

If you ask Bernard Florence of Calgary Jewellery, he agrees. “It’s about relationships. I like to meet with brands and hear about their vision. We can all learn from each other. That way, it’s not just another product.”

For this reason, it is easy to understand why people return to Longines, or Calgary Jewellery, for that matter. It seems that, more than any other year, Longines has been listening to its faithful fans. Smaller cases, shorter lug-to-lug measurements, and a return to the soul of its back catalog are just some of the changes afoot at the brand. 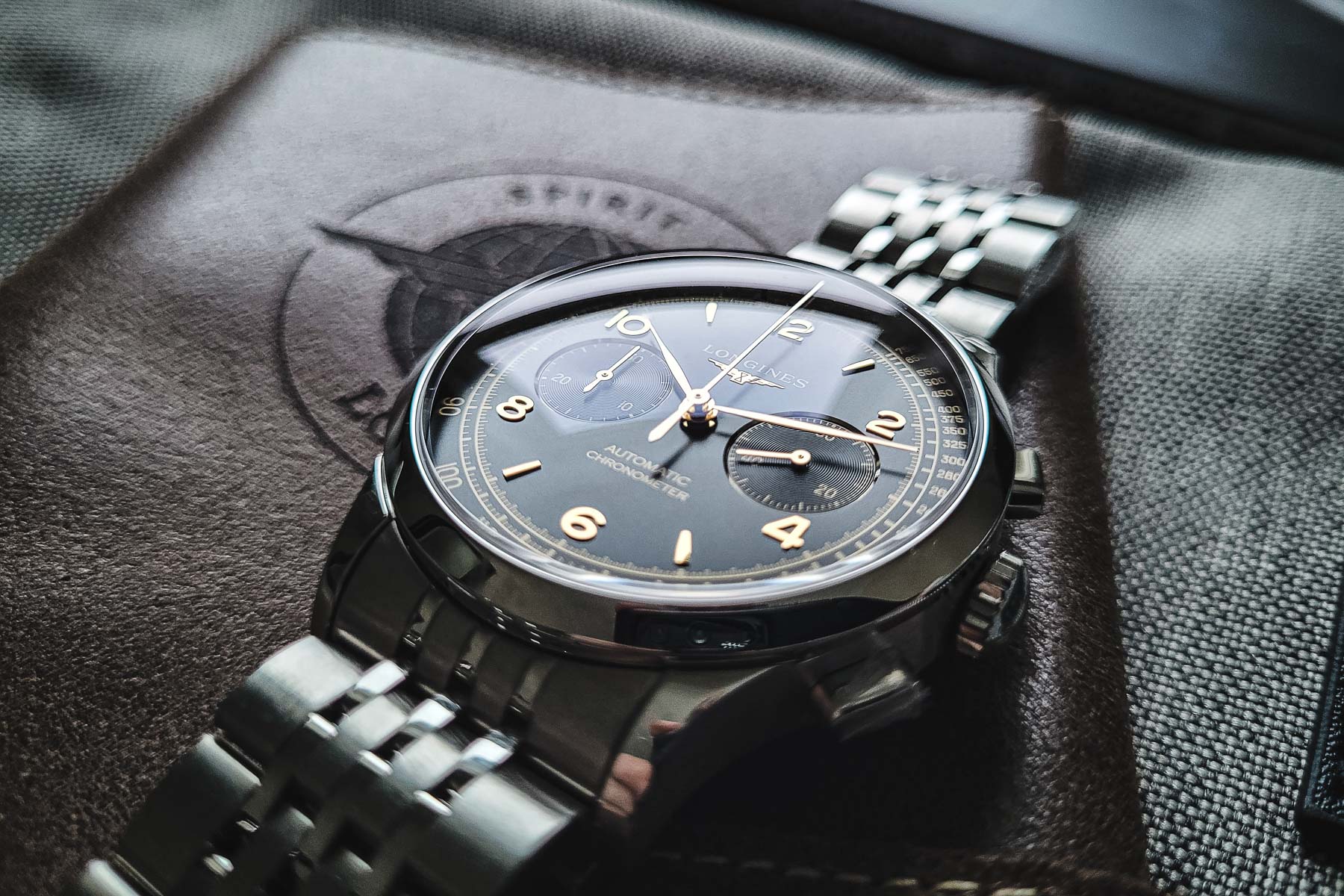 An exciting nearby future

One also senses a return to its roots as a manufacture. While Longines has a long and storied history as a designer of in-house calibers, it was a process the company abandoned in 1984 when it entered the Swatch Group fold. Now we are seeing collaborative efforts with group partner ETA that result in the development of Longines-exclusive movements. These include calibers like the COSC-certified L844.4 in the Spirit Zulu Time GMT and the bar-raising, high-beat L836.6 recently launched in the Ultra-Chron, which surpasses COSC certification standards. The latter is even being billed as an “Ultra Chronometer” by the brand after undergoing 15 days of testing at three different temperatures with a variance of fewer than +6/-4 seconds per day. Head of Product Development Giuseppe Maccio also told Fratello that elements of the movements are produced in Saint-Imier.

This idea of casting a backward glance to better move forward really encapsulates what is happening at Longines at the moment. You can see it in this year’s timepieces. In many ways, it feels like we are looking at a brand that is remembering who it was and now wants us all to know.

That’s what makes the Alpine World Cup visit so appropriate. It’s a return to the watchmaker’s old stomping ground. Against this backdrop of two-way conversation over a brand in evolution, the Lake Louise event feels much more like a family reunion than a birthday party. 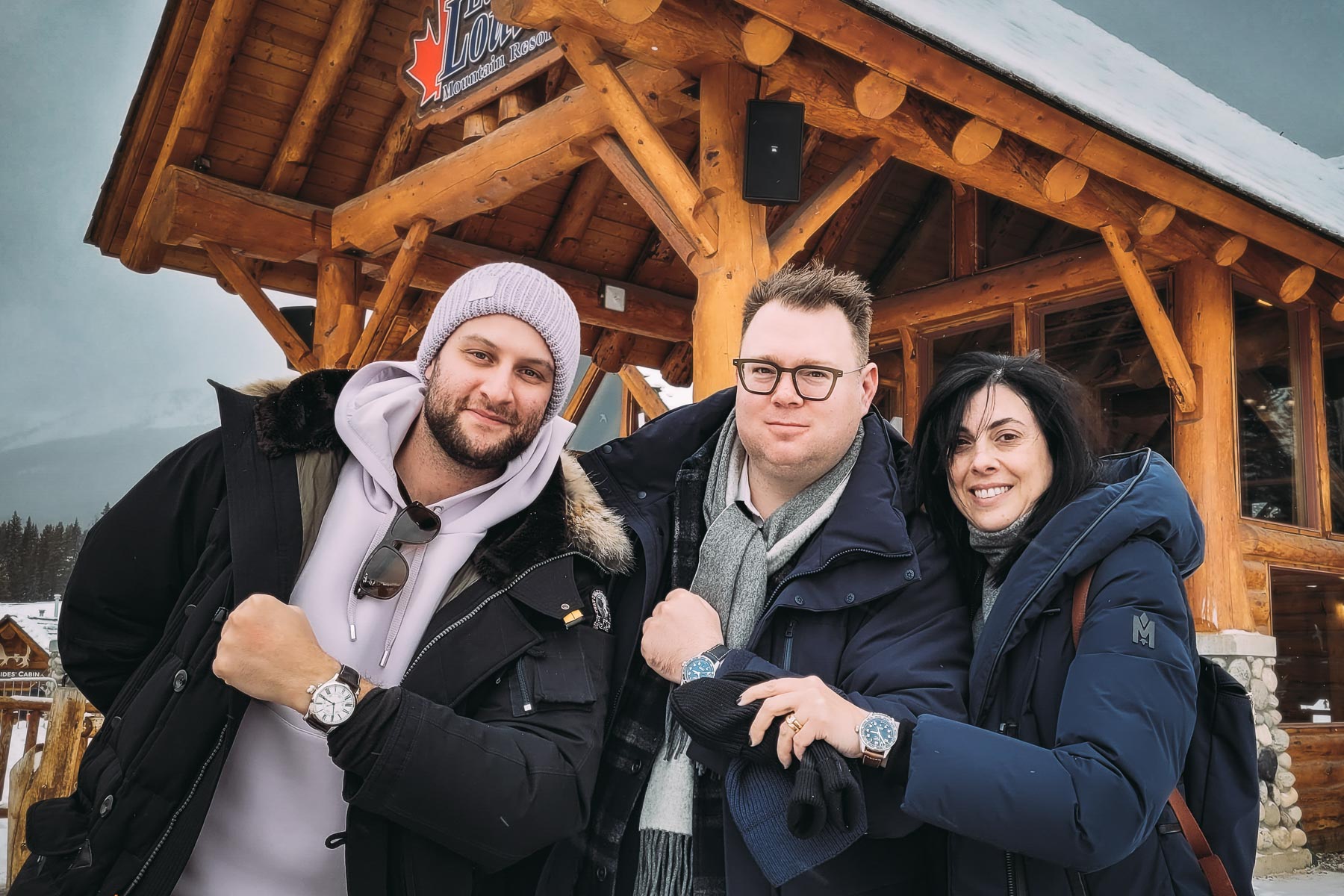 Remains of the day

In the end, Jack Crawford could not hold off the indomitable Aleksander Kilde and his European counterparts. However, if there was a collective disappointment, people hid it well. Team Canada skiers laughed and joked with their fans, leaning over snow fences to donate their racing bibs or sign autographs. Enthusiasts roasted marshmallows over propane fire pits or sampled wares from the beer tent. Children ran or skied through the throngs of aficionados, hoping to catch a glimpse (or the attention) of their favorite skiers. The crowd rang its cowbells through the last descent and long after the clock had stopped. Nothing, it seemed, could dampen the spirits of the predominantly Canadian crowd. And as for the folks from Longines… well, like me, they wore their Spirits on their wrists. 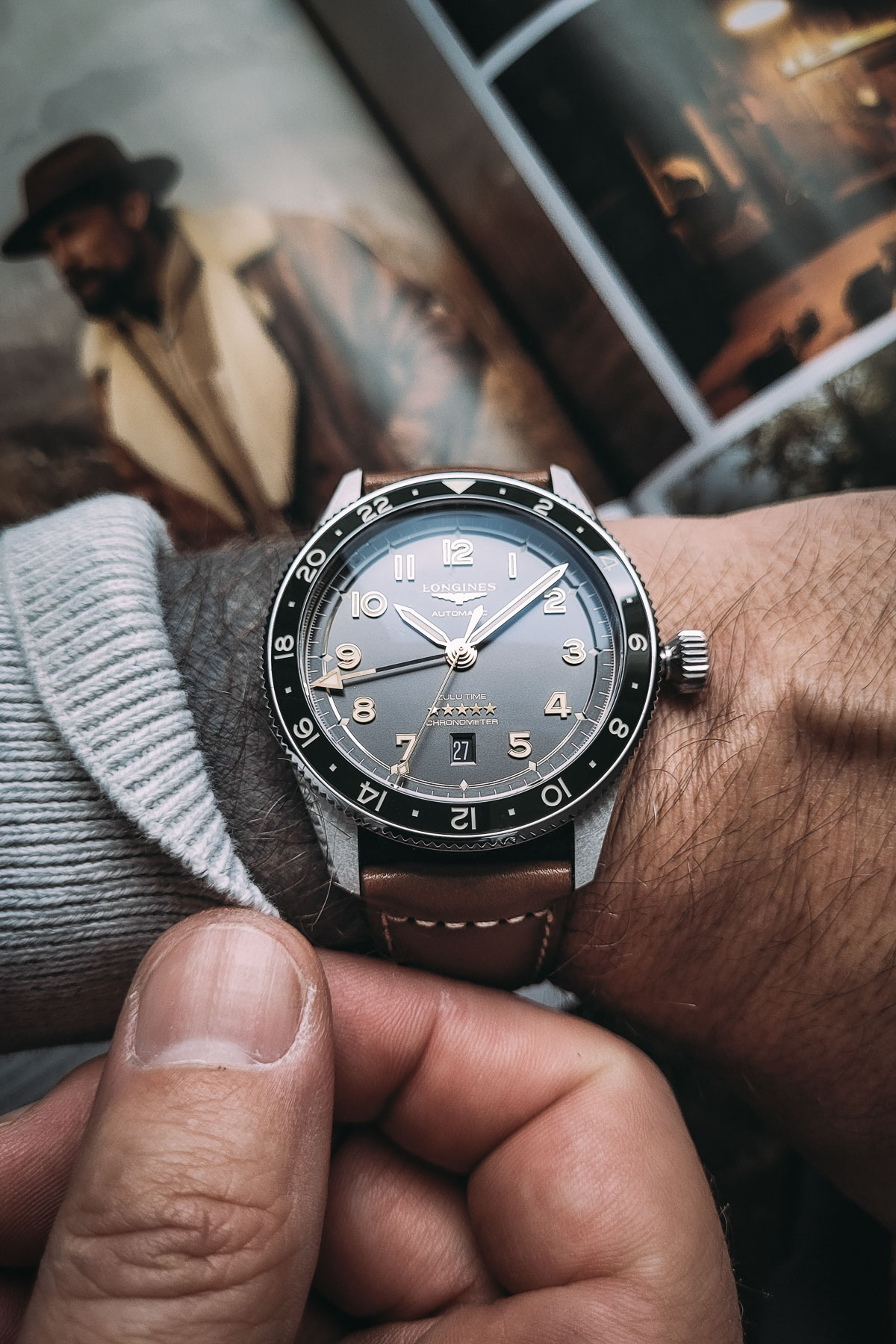