Watch Around the World – #watw

Watch Around the World

Recently, when we were in Vienna (Austria) during an event, we met up with a loyal reader of Fratello Watches. Let’s say his name is Markus, you’ll find him on Instagram as @vintagewatchzilla. Except being a Speedmaster and Speedy Tuesday fan, Markus had a very nice idea. Not long ago he bumped into this very nice compressor-type of watch, which bears the name of supplier A. Ganster in Graz (Austria). 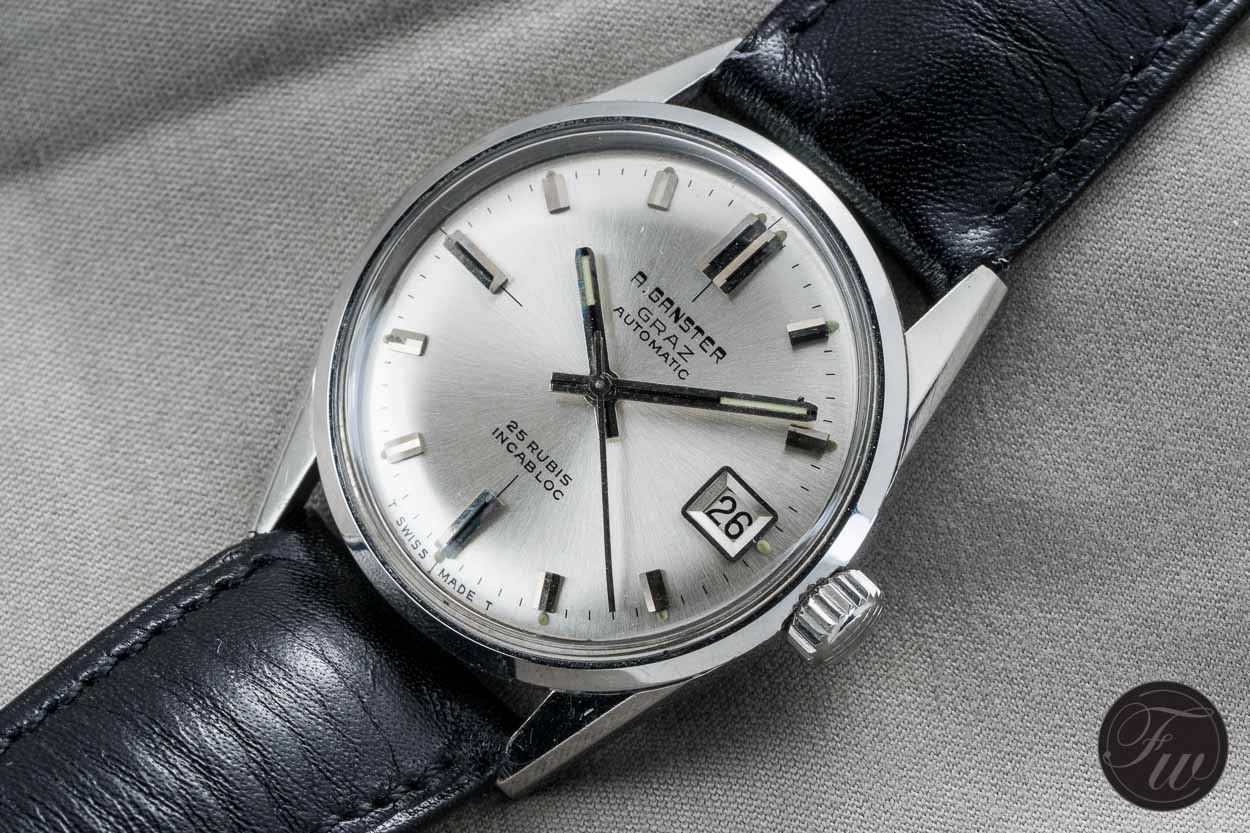 Not much can be found on this watch dealer, however he sure supplied nice watches. The compressor watch here is of much the same construction as watches of more known brands, and bears the same signs as many other watches manufactured according to the brevet #313813. 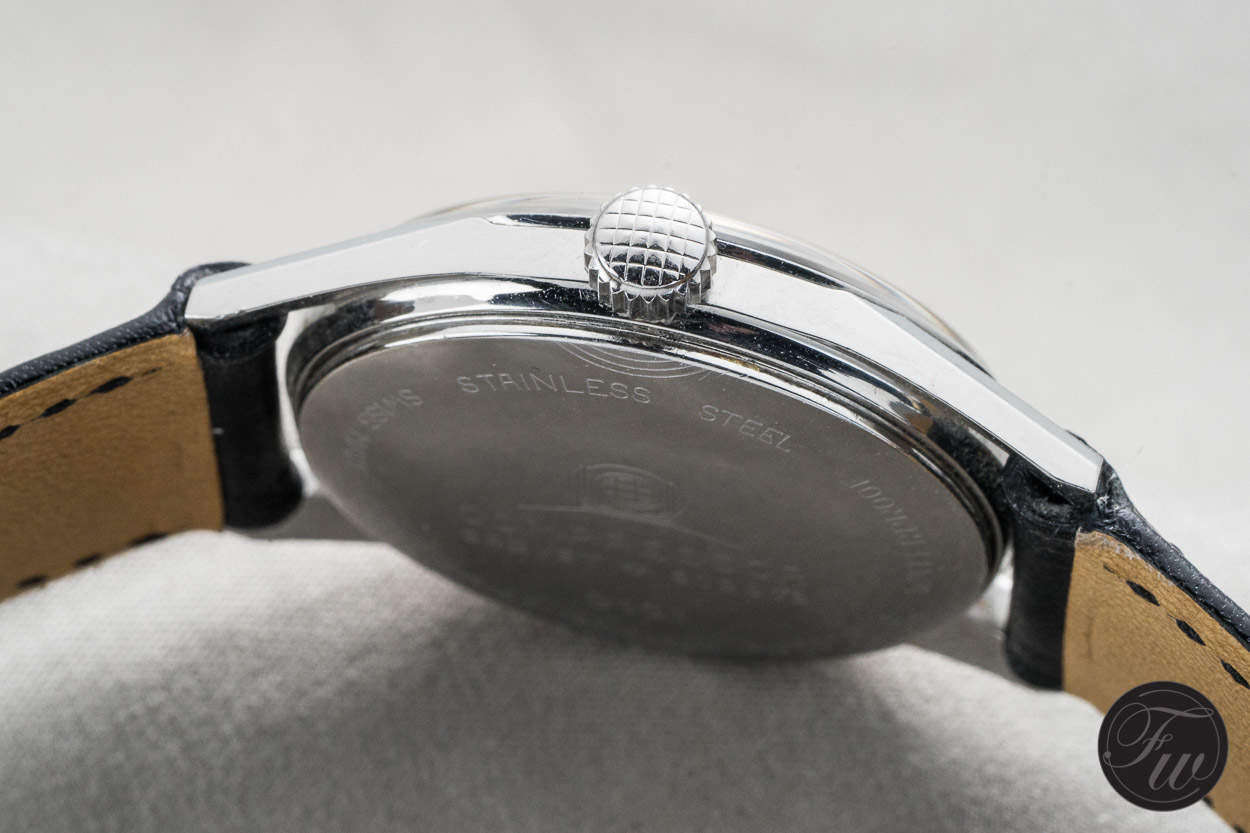 This brevet #313813, or patent, for dive watch casings was first filed (FOSC 1955/302) by Ervin Piquerez from Piquerez en Bassecourt in January 1955. It wasn’t until 1964 however that this type of case was first used in a watch by Enicar. All compressor cases were manufactured by, or under licence from, Ervin Piquerez and are distinctive in that they all have a logo of a diver’s helmet on either the inside or outside of the case back. Highly regarded as a watertight case, they become more watertight the deeper they go. Hence the name compressor. 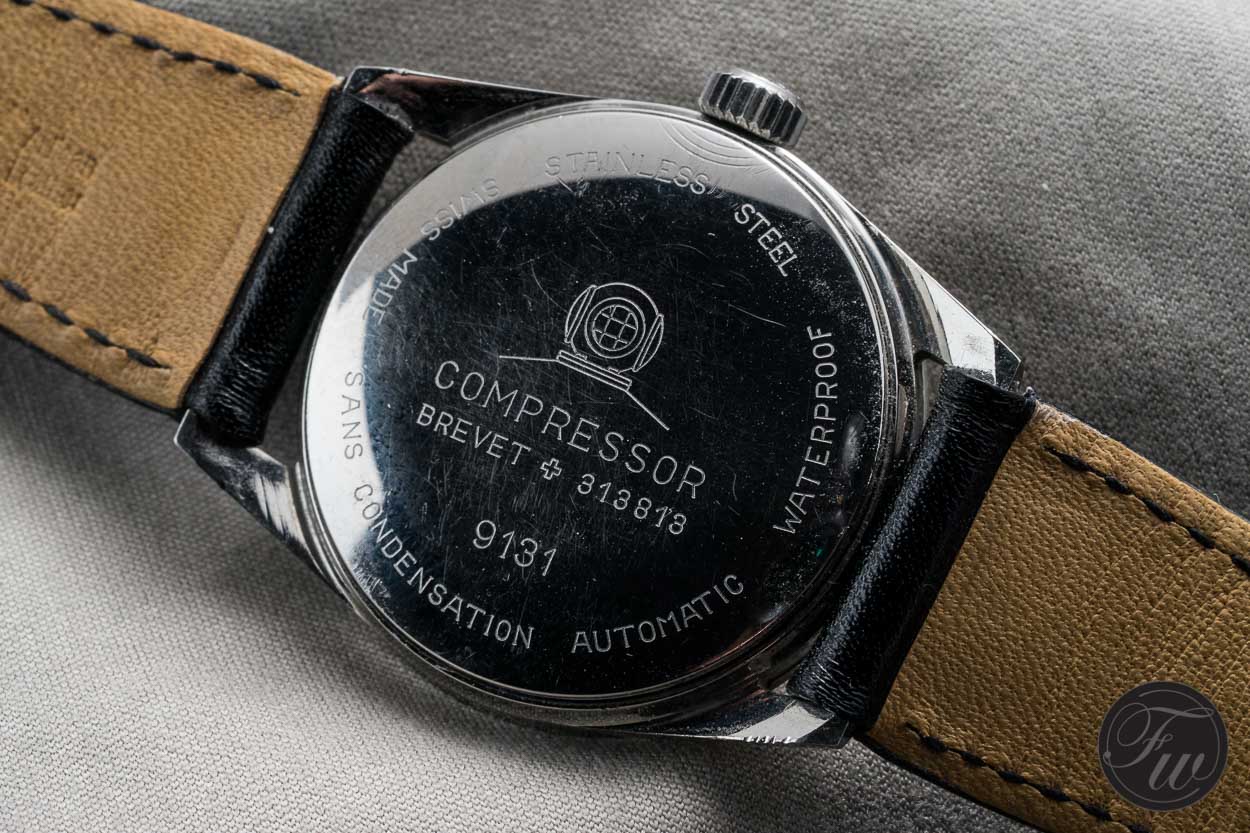 The first leg, Vienna to Rotterdam

Back to Markus. He thought it would be a nice idea to have this A. Ganster watch travel around the world. And as we thought this was nice plan too, he handed the watch over to us for the first leg. Vienna to Rotterdam. 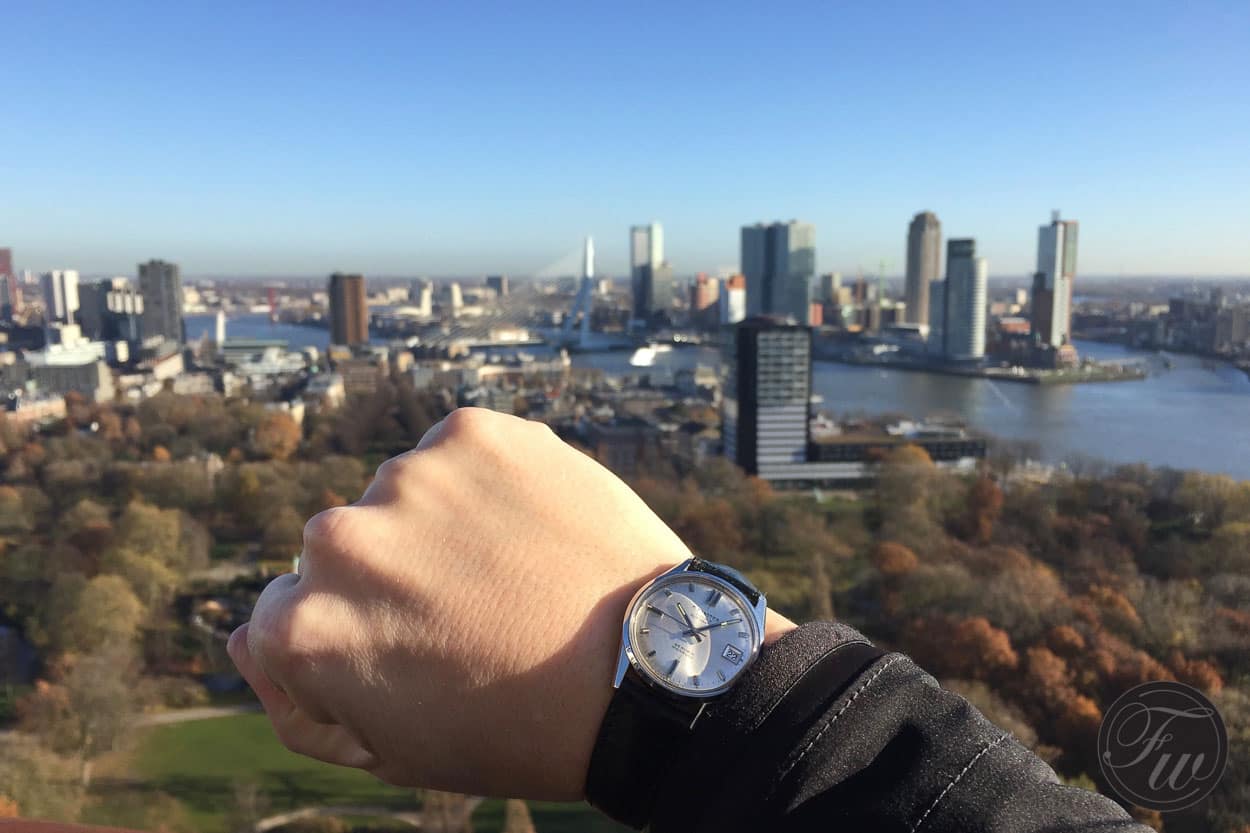 So what’s the idea? The idea is that once one receives the watch, to wear it for a while (let’s say a week or so) and take some pictures of it in one of the landmark spots in you area. As well, do a little write-up about what you think of the watch, or what happened to you or the watch when you wore it. Then send your write-up and pictures to us, and once every few wearers we publish the interim score here on Fratello Watches.

At the same time the wearer of the watch uses the #watw hash tag to publish pictures on his or her Instagram and Facebook accounts. By this means anybody is easily able to follow the watch on it’s journey around the world. 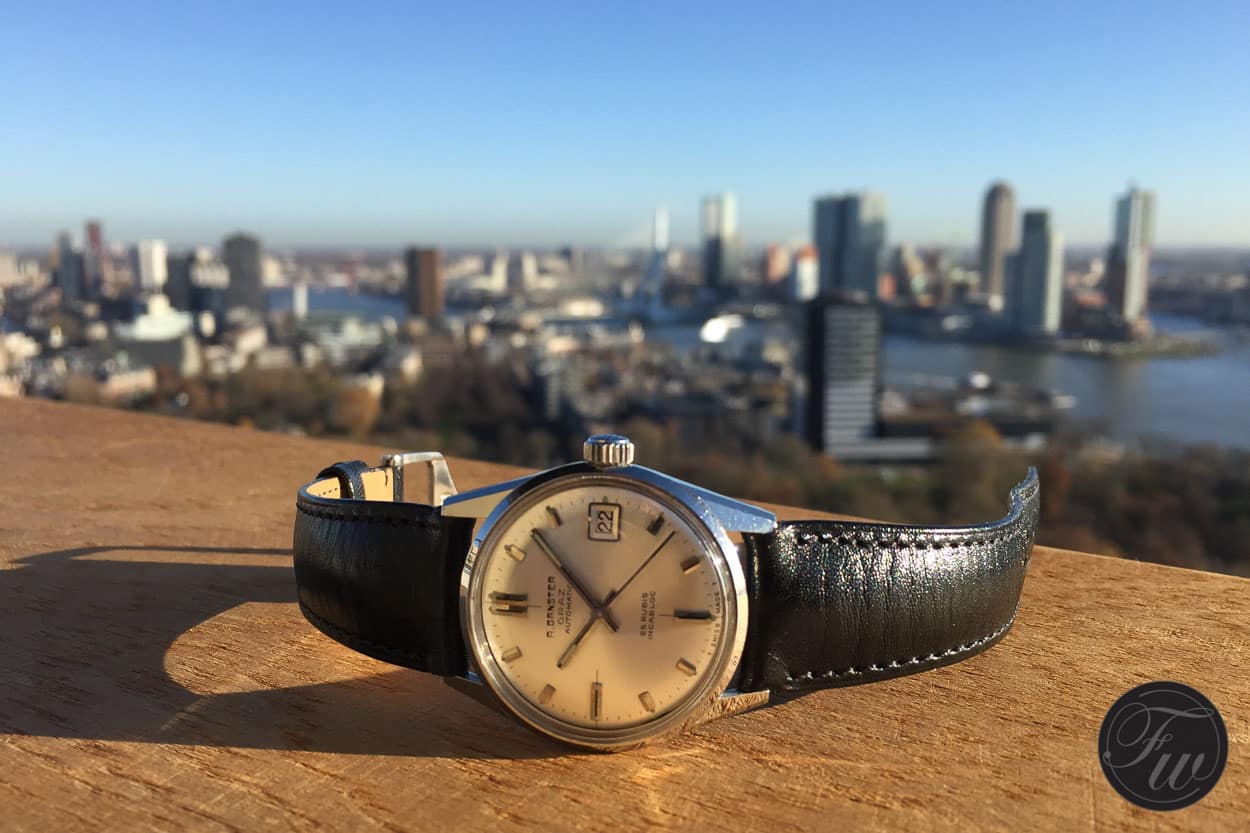 As well, to really write some history, we will supply a little black Moleskine (thanks to Moser & Cie) book where the credentials of the wearers can be written in and where the rules how to wear and send the watch to the next wearer can be found. 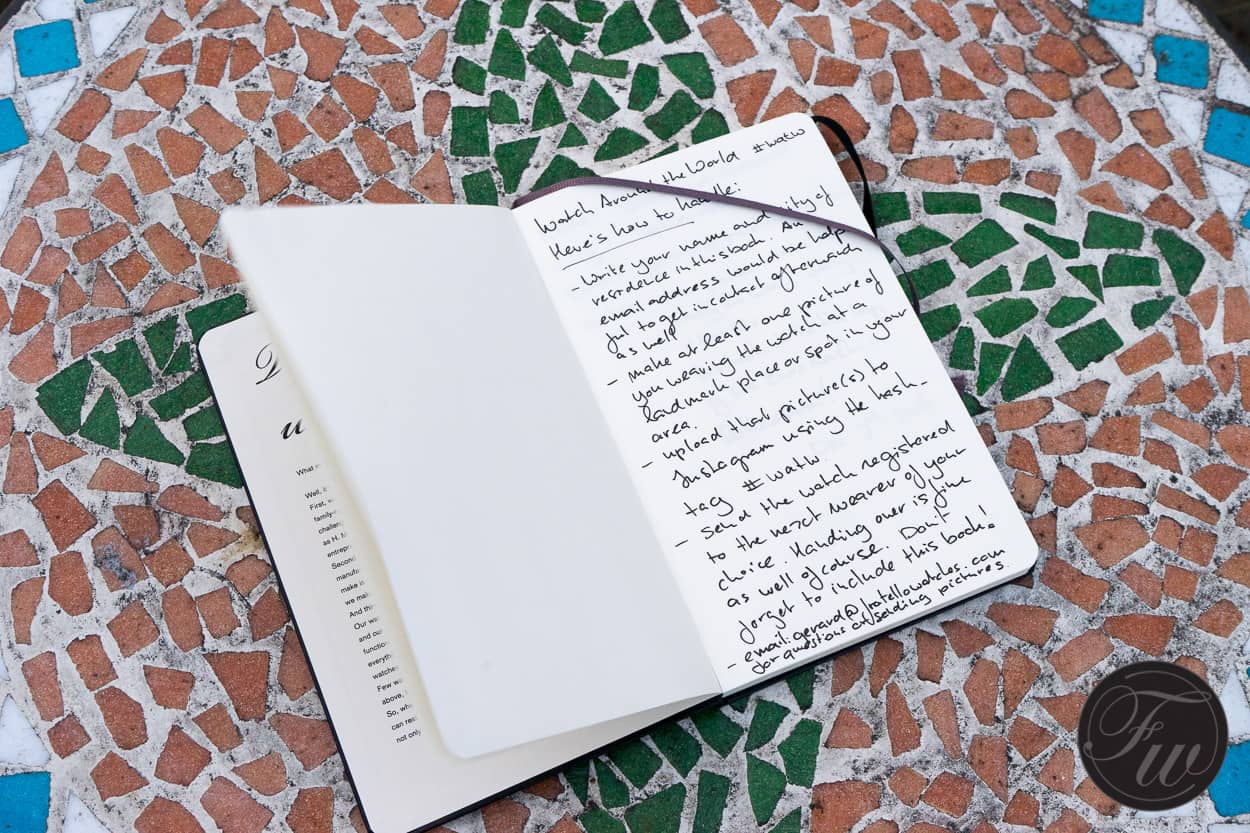 On we go. Coming from Vienna, the watch is in The Netherlands now, where our Bert Buijsrogge has worn it and made the excellent pictures you’ll find in this first #watw article. We will pass the watch on in due course, and you’re all able to follow it through the #watw hash tag on Instagram and Facebook. Enjoy the progress of this project.

Hot Topics
Laventure Automobile Chronograph With A Proprietary Movement — Marking A Huge Leap Forward For One Of The Industry’s Most Promising Brands
155 comments
We Talk To Swatch Group CEO Nick Hayek About The MoonSwatch
91 comments
Fratello Exclusive: An Inside Look At The MoonSwatch Production Facilities
75 comments
Selling Your Watch To A Dealer Or Trading It In — Tips From A Former Watch Dealer
49 comments
Summer Splash — Round 2 : Jorg’s Tudor Pelagos FXD Vs. Lex’s Hublot Big Bang Integral Ceramic Sky Blue
48 comments
Popular
Two Patek Philippe Nautilus Watches: 3700/1A Versus 5711/1A
Robert-Jan Broer
15
#TBT A Vintage Seiko Buyer’s Guide to Affordable Goodness
Michael Stockton
30
Hands-On With The Seiko SLA019J1 Marinemaster
Robert-Jan Broer
3