Watches Of The Stars Of The Toronto Raptors…And Drake

The NBA has a new champion since Thursday night; the Toronto Raptors. We do not talk about sport here at Fratello. We have our occasional articles from various car racing events or golf, for example.

Perhaps a sportsman gets onto a list when we talk about famous watch wearers. Pretty much that’s about it. However, we love sports, and I, for one, am a huge basketball fan. As such, I was following this year’s NBA finals with great enthusiasm to see if the NBA finals-rookie and underdog Toronto Raptors (a city I will be visiting in August) would be able to defeat the All-Star-studded Golden State Warriors or get schooled by the last two years’ NBA champion. Well, the Raptors did it. A franchise that is only 24 years old beat the favoured Warriors, a team that is one of the oldest in the league (1946) and has 5 NBA and 1 BAA titles.

Where are the watches?

But what does it have to do with watches, right? I have to say after my Rimowa article I got all kinds of responses. Some said a watch blog (mind you we are a Magazine) should not talk about anything else but watches. We hear you, but every once in a while, an off topic that is connected to the industry, the watch collecting hobby or just interesting to us can and should be talked about. As I explained above, I was following the Finals and saw that some of the guys from the Raptors wore exciting pieces. Admittedly, these guys are multimillionaires who could buy whatever they wanted. The selection I have seen is a bit more mixed, more interesting than you’d imagine. So I gathered a list of the Toronto Raptors players – and beyond – who occasionally wear beautiful timepieces. Enjoy 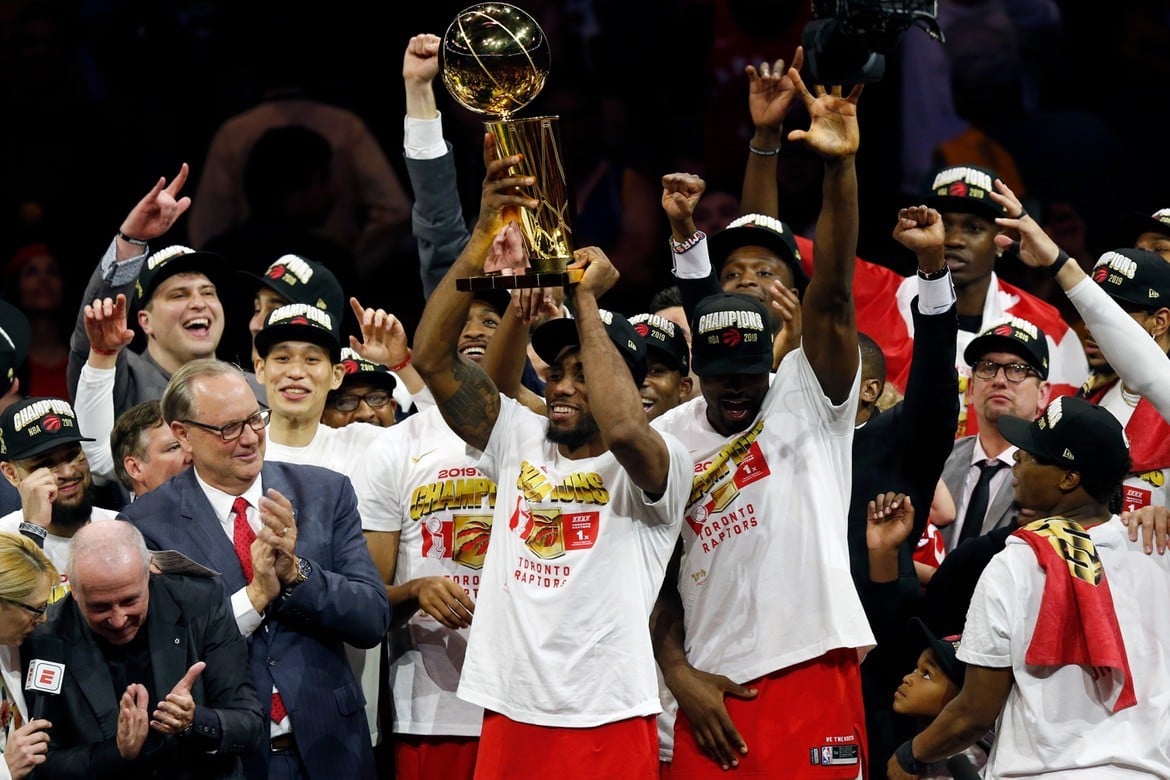 Serge Jonas Ibaka Ngobila is the Congolese-Spanish power forward/center of the Canadian team since 2017. Apart from being an incredible player, he seems to be a watch guy too.

To start with he owns a beautiful rose gold Patek Philippe Nautilus on a bracelet. He wore it at the 2018 New York Fashion Week. He also holds a more understated brand that men at his size (he is 6’10” or 2.08m) often wear, a Panerai. But one piece he loves to wear the most is his Cartier Santos XL. In 2018 he visited McLaren during the weekend of the Canadian Grand Prix. He was invited to sit into one of the cars (as per his Instagram video). The Cartier Santos XL on a leather strap is visible on his wrist. He wore the same watch early that year at a Cerutti show in Paris. 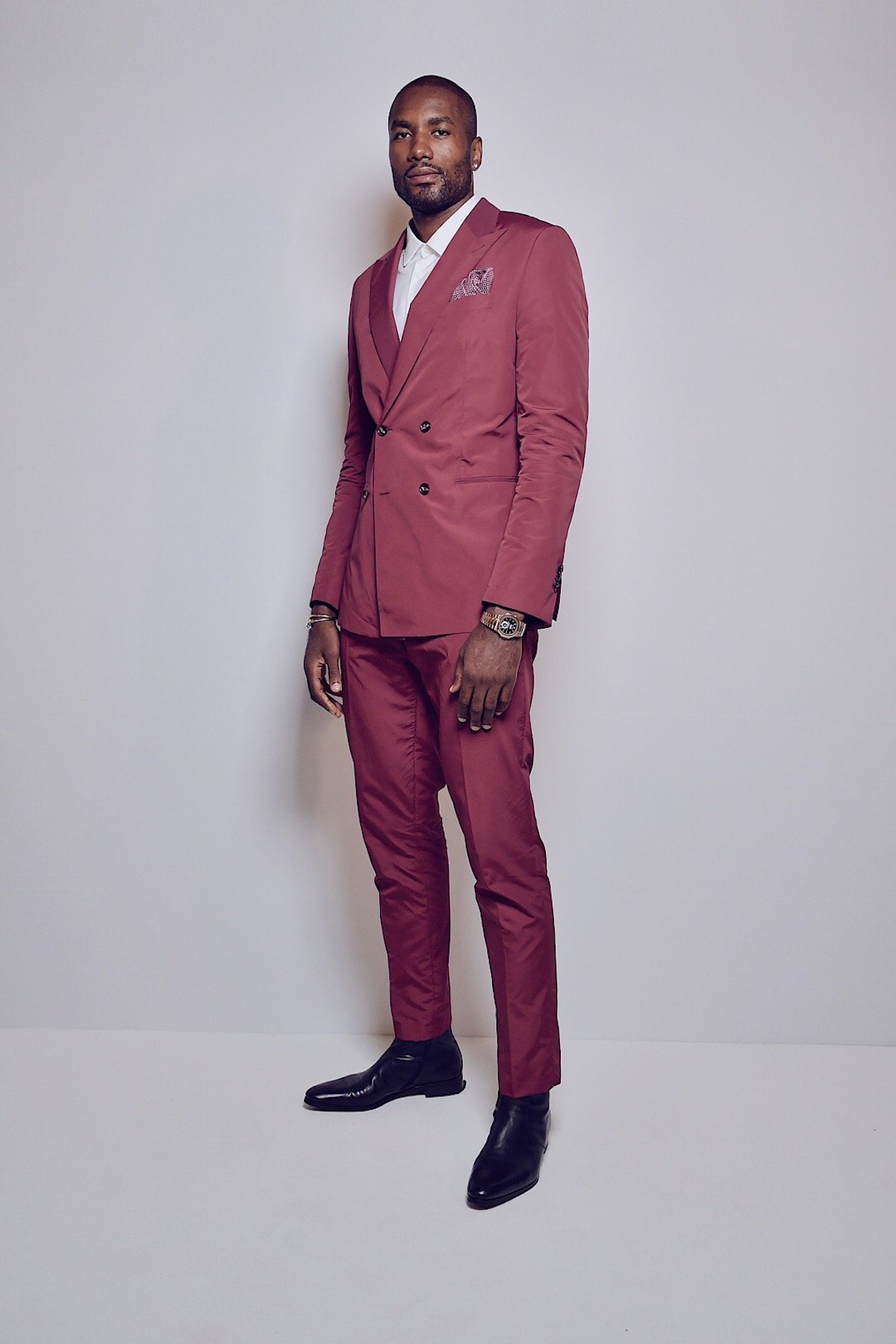 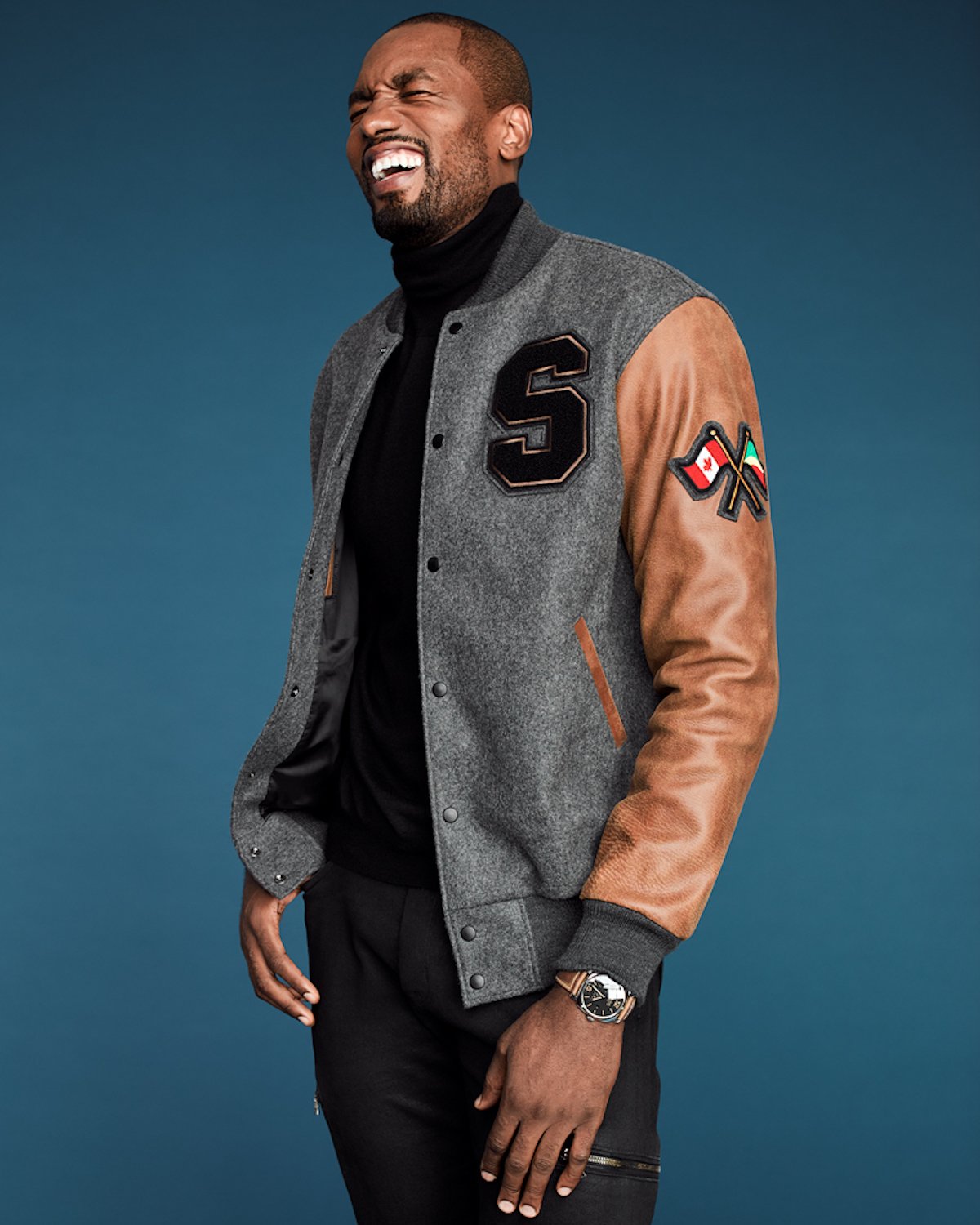 Panerai with a beautiful brown strap to match the sleeve of his varsity jacket photo credit: Bay Street Bull

One of the most exciting characters in the NBA Jeremy Lin did not have an easy path to this championship. The documentary Linsanity featured his trials and tribulations as a basketball player. Lin has been in the league for nine years during which time he played for eight different NBA teams and 2 NBA G league teams. He also had a short stint in China. Lin is a Harvard graduate and the first Asian-American NBA champion. Most of the time, Lin used to wear a Rolex, sometimes a Bvlgari. In general, he had a thing for PVD/DLC watches as you can see from the below images. However, in 2015 he became a TAG Heuer ambassador. The brand also released a special edition Aquaracer Caliber 5 Jeremy Lin edition. That partnership ended a few years later as Lin is not listed among the current ambassador on TAG Heuer’s website. 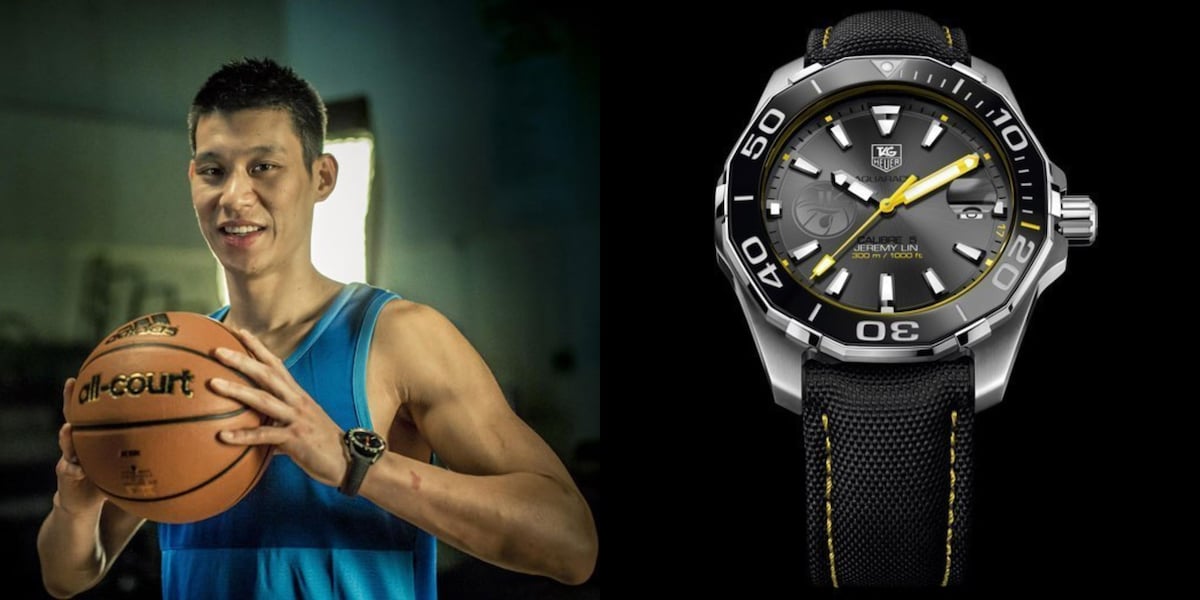 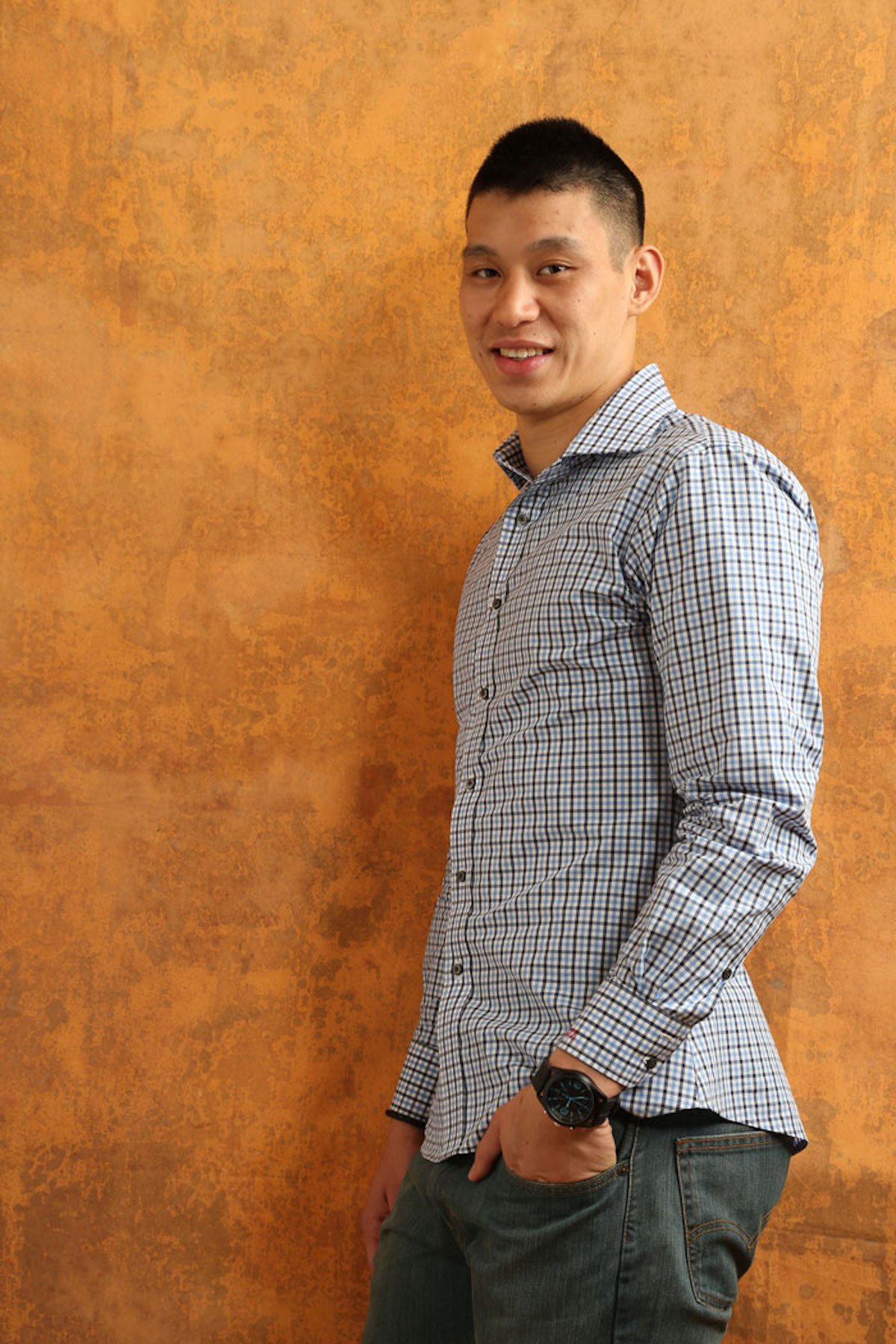 Speaking of partnerships. Jeremy Lin is not the only one on the 2019 NBA Champion Toronto Raptors that is a friend of a watch brand. He was already sponsored by sports giant Adidas when in 2016 Lowry teamed up with Japanese watch-powerhouse Citizen. They released the Chronograph Kyle Lowry Limited Edition Nighthawk Black Bracelet watch, but the partnership ended after a few years. Lowry has not been involved with any other brand since then. The 6-feet-1-inch point guard had a busy season. He became an All-Star for the 5th time, reached his career high in assists and helped Raptors new star Kawhi Leonard reach the NBA Playoffs and then the Finals. He did this all of this, after his friend and fellow teammate DeMar DeRozan was traded for Leonard before the start of the 2018-2019 season. 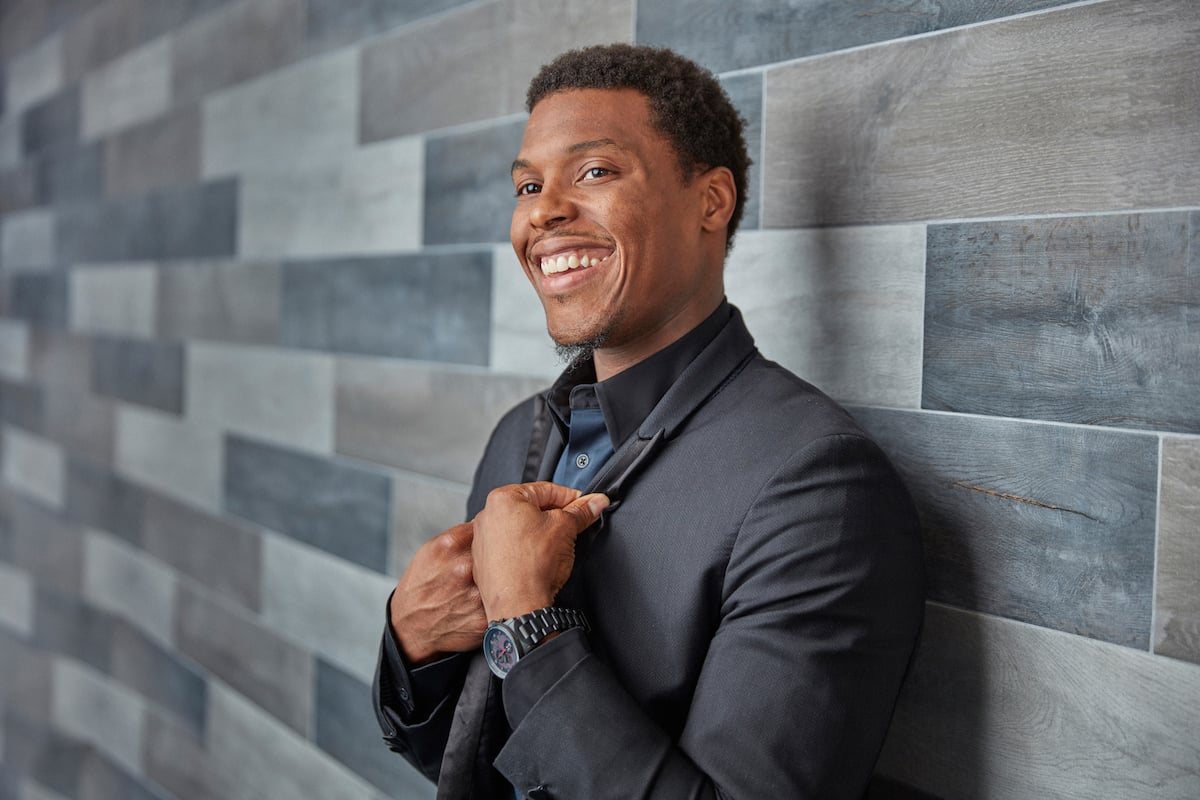 The humblest guy that ever played the game of basketball. Kawhi Leonard is no rookie to the game. He’s been in the NBA since 2011 with two championships (2014, 2019) and 2 NBA Finals MVP titles under his belt. Still, he is so low key, so silent it almost makes his uninteresting. A great example is that after his contract with the Jordan Brand (Nike’s subsidiary shoe company named after Michael Jordan) was over, he signed with none other than New Balance. If you follow professional sports, let that be basketball, football, baseball,  etc., you might know that New Balance is not exactly the sexiest brand out there. But Leonard does not care about fame or money. Most of the time, he does not wear a watch, so I thought I’d play a little game and suggest a few for him, matching his low-key personality. 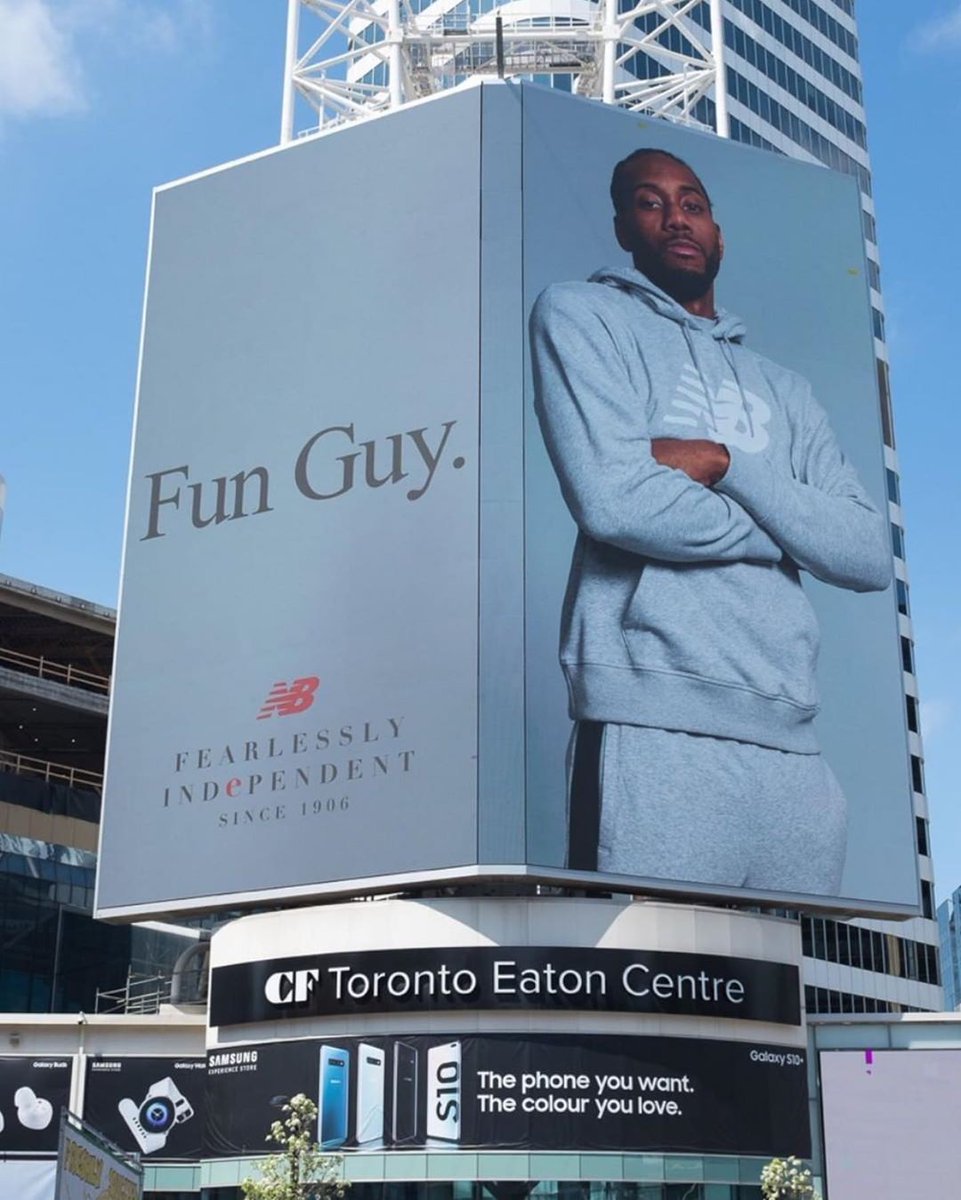 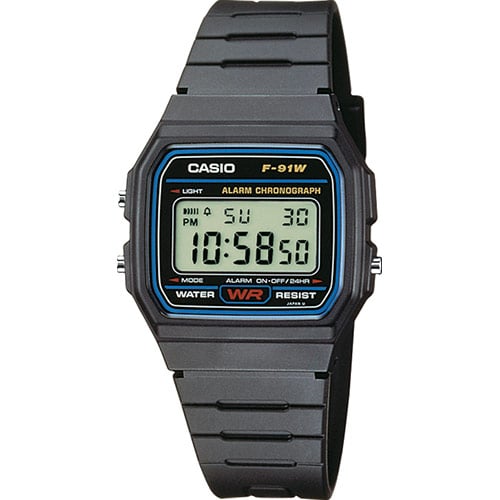 A fun watch for a fun guy; the Casio F-91W-1YEF it does not get any more low key than that photo credit: Casio.com 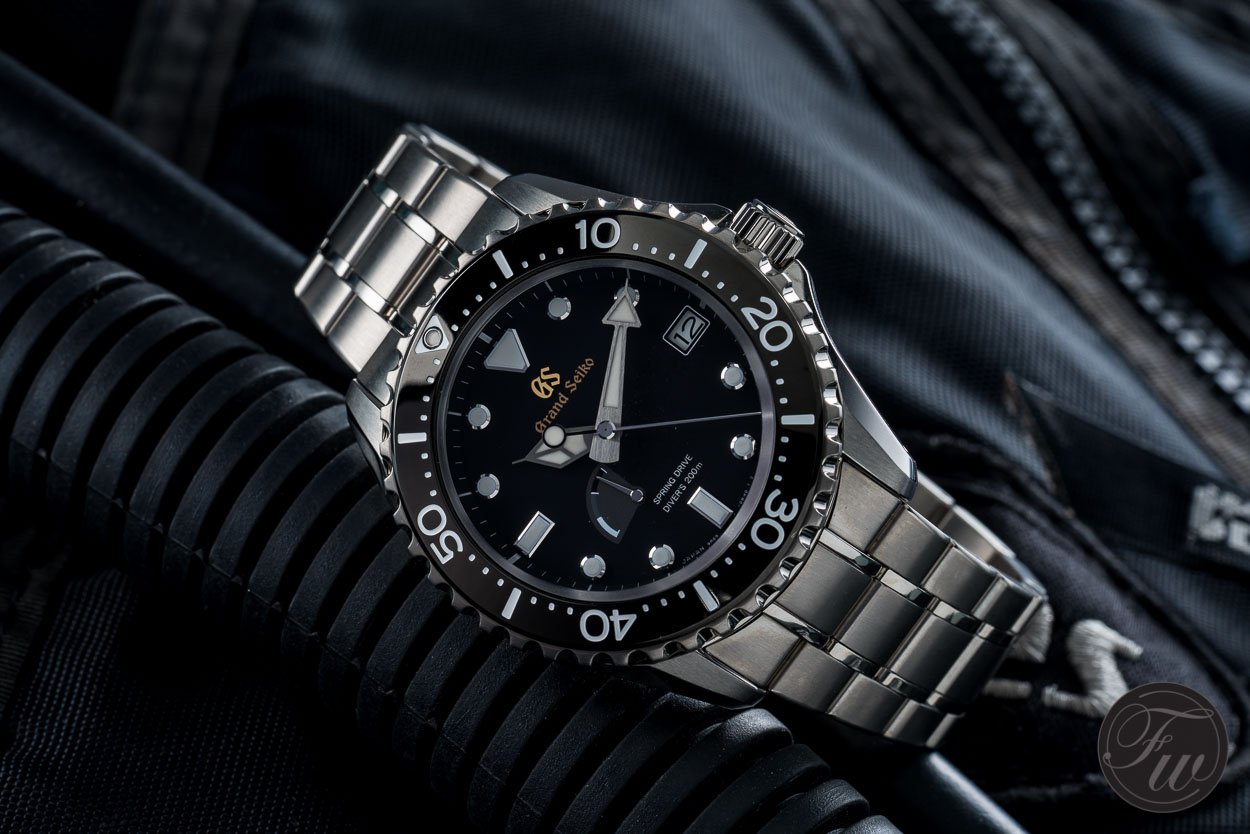 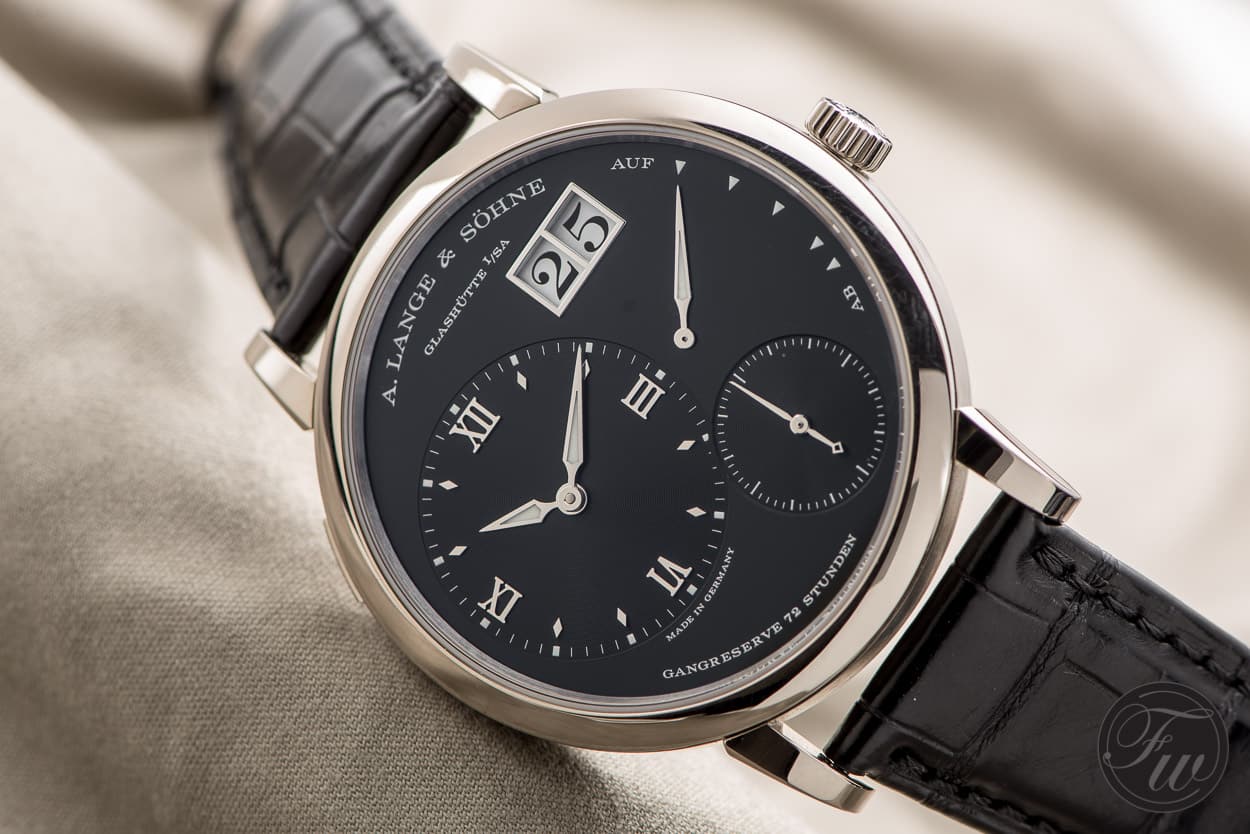 The Grammy Award-winning Canadian rapper/singer was born and raised in Toronto so obviously; he is a huge Raptors fan. He was courtside at every home game of the finals (and at many during the Playoff as well) and supported his team sometimes perhaps with a bit too much enthusiasm. Still, he is arguably the greatest fan of the franchise and somewhat of an unofficial member of the Raptors. As such, he is – while a bit of an odd-one-out – a full-fledged member of this list. Like many rappers these days, Drake has a thing for Richard Mille. We saw him wearing various models while out and about. Again, like most rappers, he has a thing for gold and of course for Rolex. There’s been many articles and video produced on his collection, so I will dwell into the details. Just show you a selection of his timepieces below. 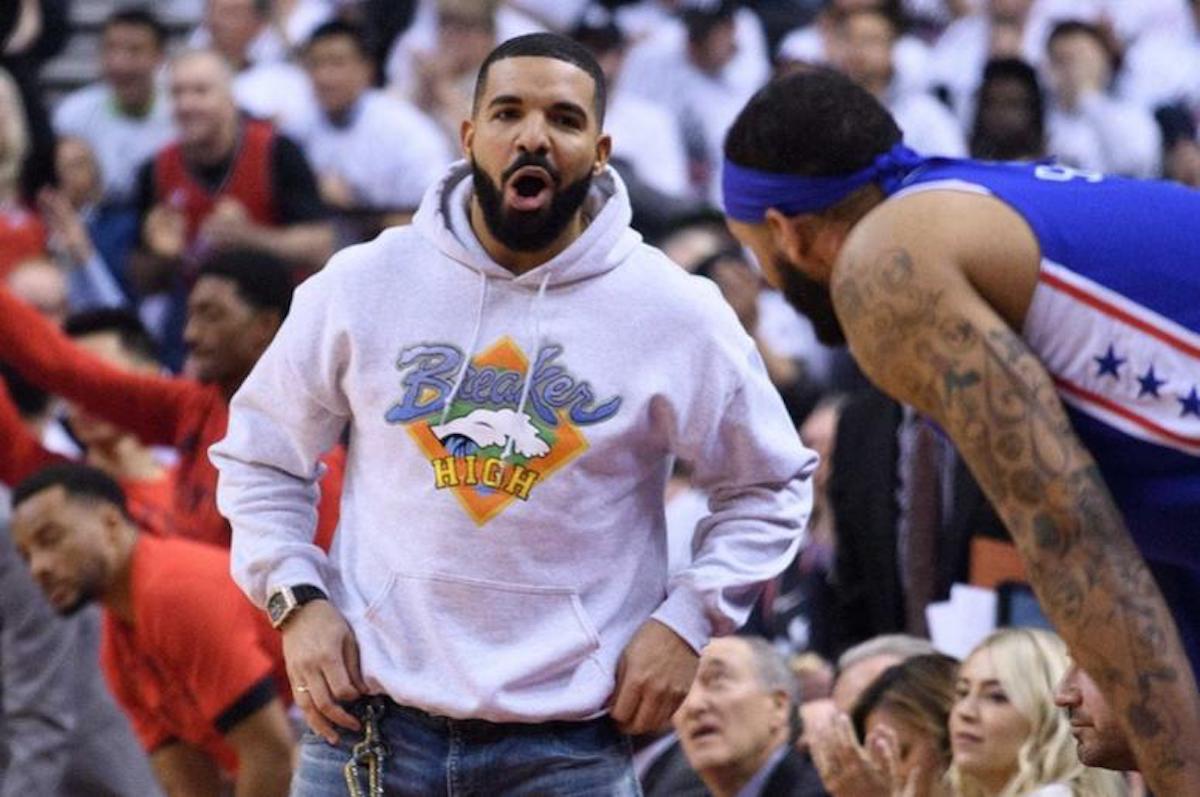 Richard Mille on the wrist 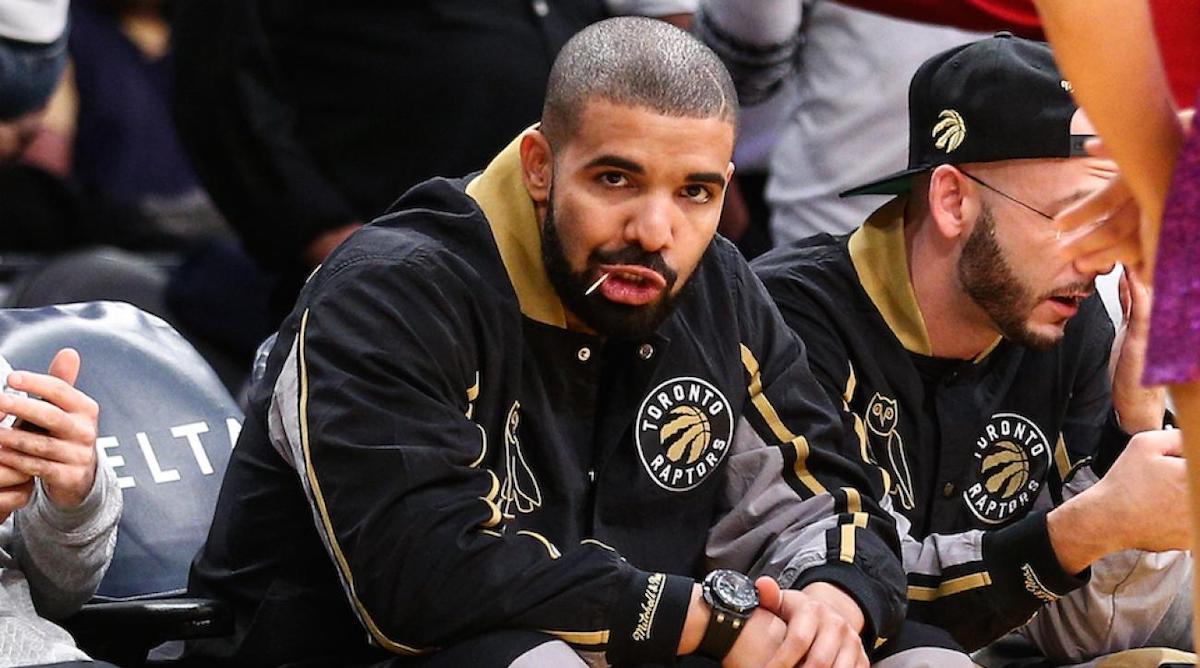 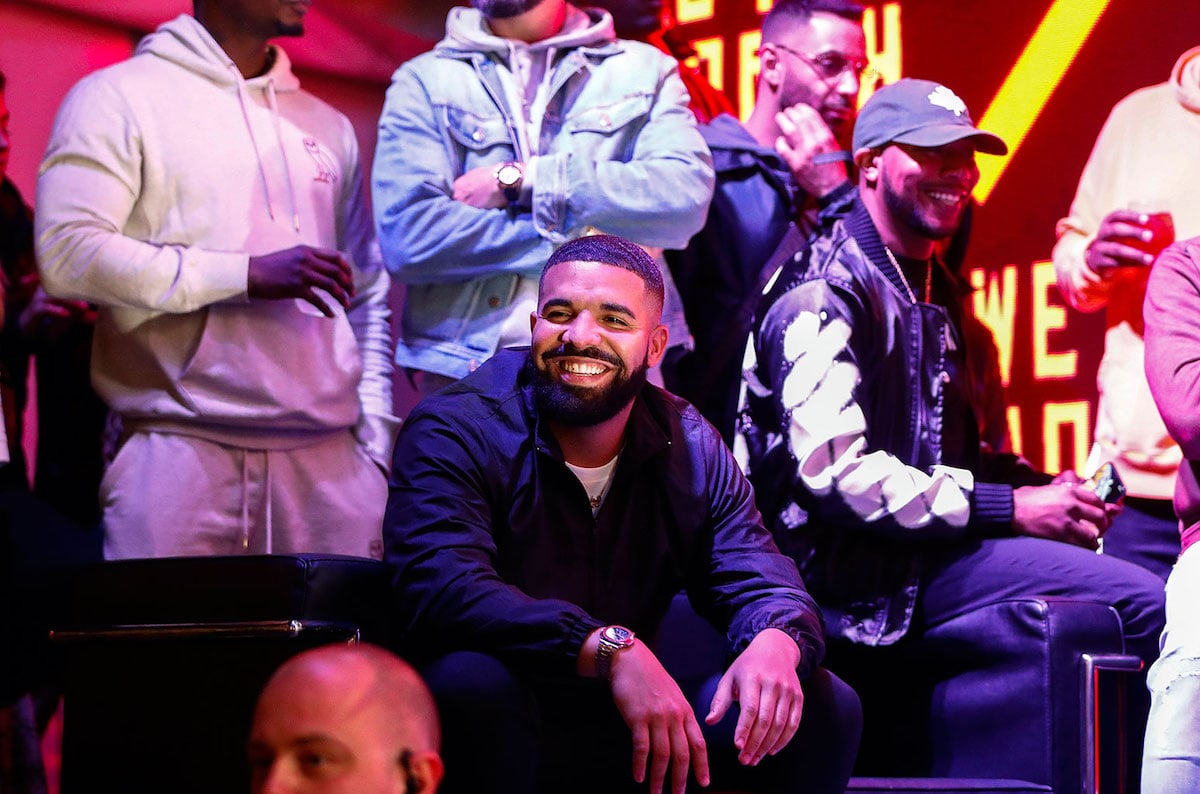 and here he is celebrating the championship last night while wearing a Patek Philippe Nautilus photo credit: billboard.com