From puzzling pricing to sketchy brand ambassadors, this is why RJ and Lex lose faith in brands
Lex & Robert-Jan
comments 81
Share

Do you know Toby Young’s book How To Lose Friends And Alienate People? And if you don’t, you might have seen the movie with the same title, starring Simon Pegg as Toby and Megan Fox as the woman he so desperately wants. Toby is the most obnoxious man ever. He’s rude and vulgar and rubs everyone the wrong way. And you know, sometimes watch brands act just like Toby. So, what do watch brands do to turn you off? Let us help you answer that question with a few issues we have ourselves.

To be honest, we don’t know the exact watch-brand equivalent of Toby Young. Let us quickly tell you the story of the high-flying British journalist that left London in 1995 for New York to become a contributing editor at Vanity Fair. His plan was to conquer the Big Apple, but instead, within the space of two years, he was fired from Vanity Fair after earning the scorn of his boss and colleagues, banned from the most fashionable bar in the city, and couldn’t get a date for love or money. It’s all in the movie — the book is a bit different, although equally entertaining. But when watch brands start acting like Toby and you have to deal with that kind of behavior, things are way less fun. 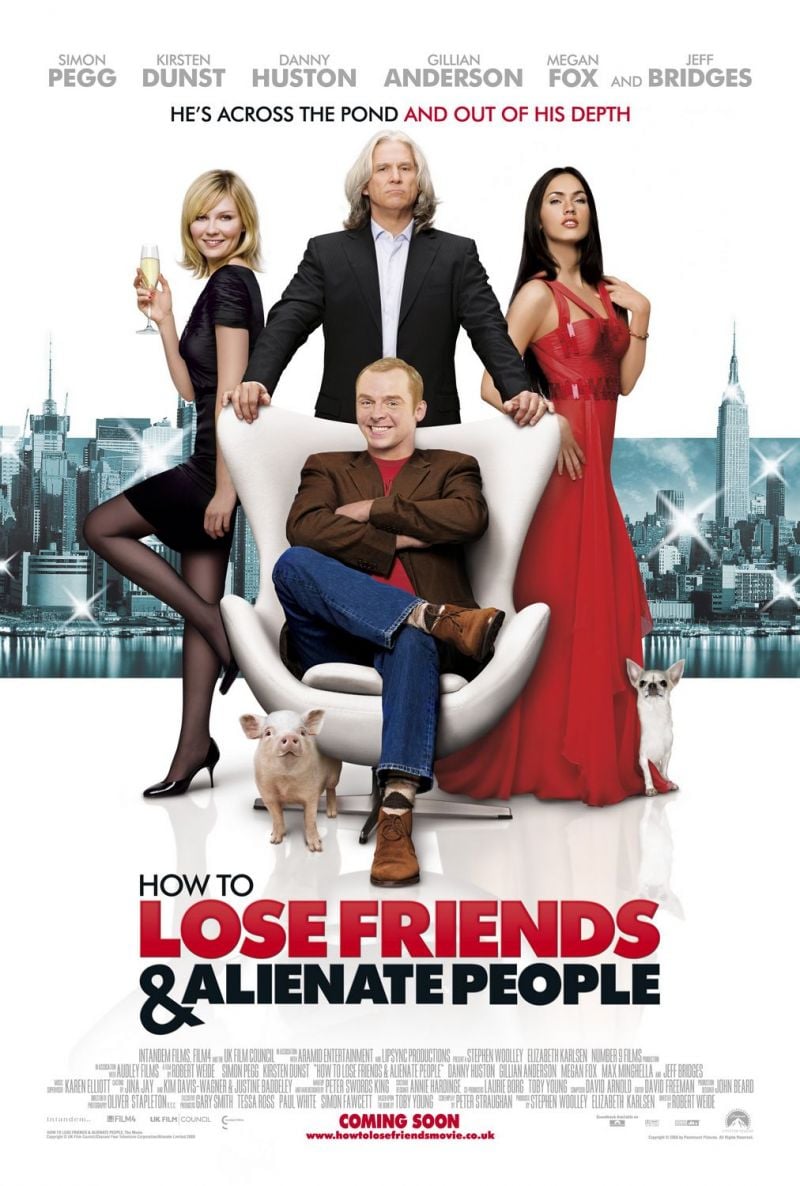 What watch brands do to turn you off — There’s so much to tell, and RJ will start

We all know the frustration when we just missed out on a watch. In recent times, it is not unthinkable that a watch is unavailable, or that you will need to wait for months, perhaps even years if you want it. Where do you draw the line? When do you decide the wait is over? After a year? Two years? The frustration of being on a waiting list without a clear perspective is a huge part of the problem with the usual suspects, like Rolex and Patek Philippe.

… on display at the authorized dealer, and you could make your purchase, without any questions asked.

Watches from these brands have become unobtainable. But there was a time when they were just on display at the authorized dealer, and you could make your purchase, without any questions asked. Well, except for the Daytona, of course. That watch set the trend of unobtainable watches, I believe, a long time ago now. 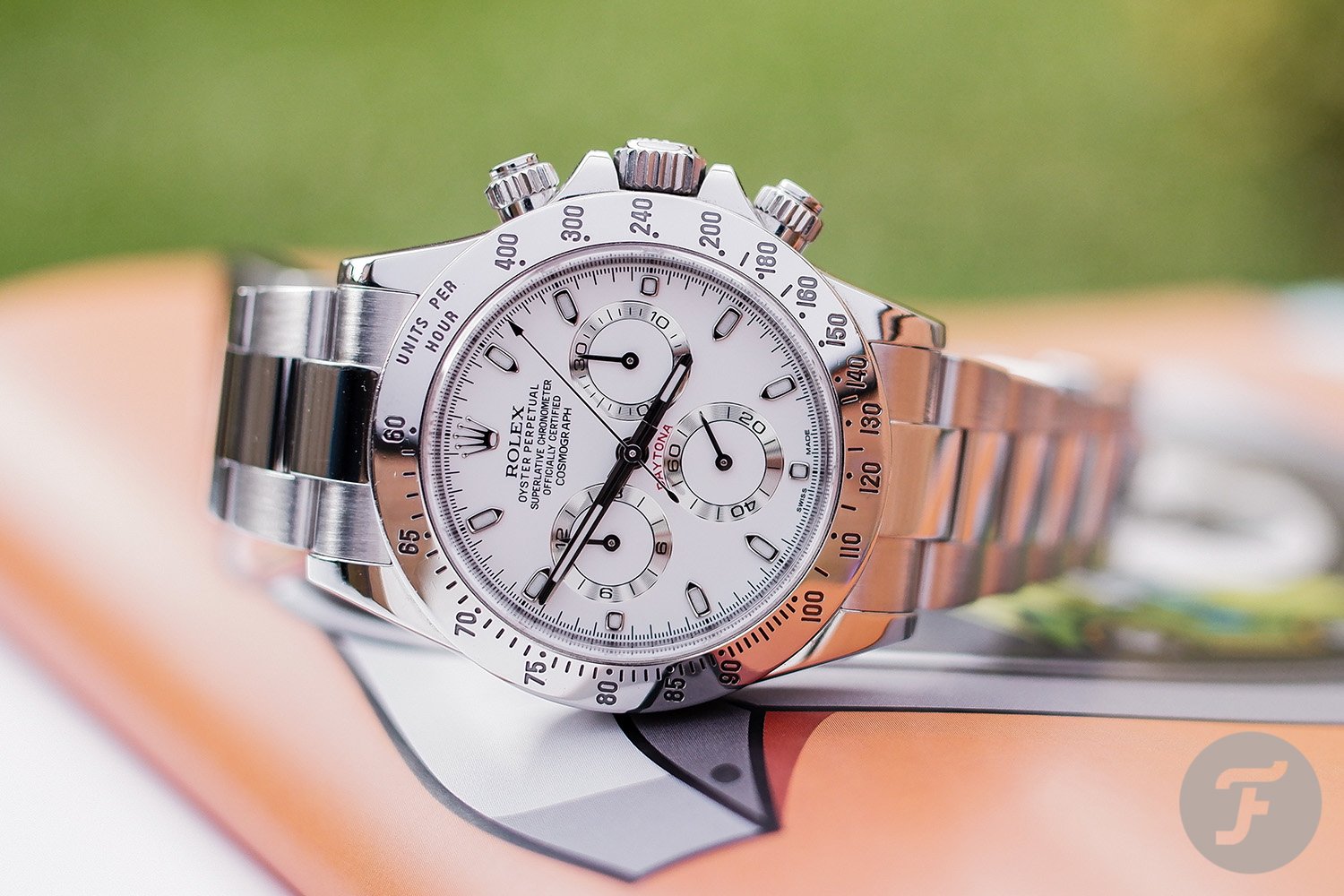 If you’re being told to buy other watches first, or you just get a “no” constantly when inquiring about a specific watch, you will reach a point where you’ll lose interest in the watch or the brand. However, the good thing is, as soon as availability normalizes — and the behavior of the authorized sellers does as well — the brand might win you back. But only if the prices haven’t skyrocketed in the meantime. 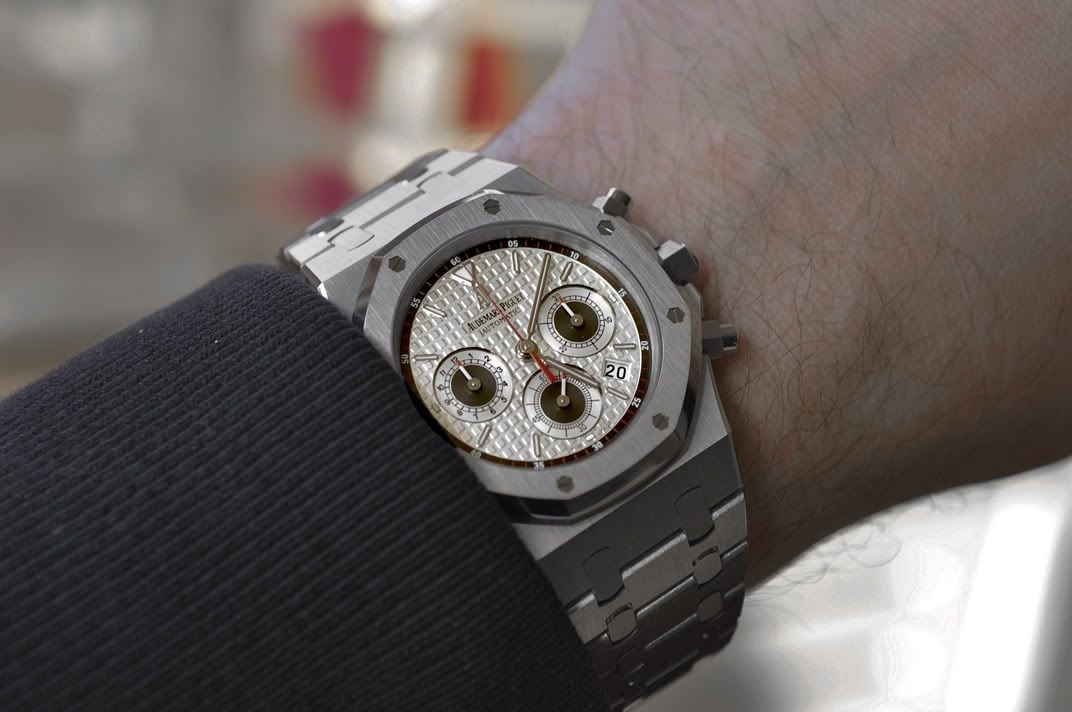 Price is, of course, another important “break off” point with certain brands. I’ve experienced it myself when the pricing strategy of a brand changes drastically, seemingly overnight. I don’t want to sound like a grandpa and hark back to 20-25 years ago when “everything was €3,000” or even less, so I won’t. But I feel that many brands became greedy in the last decade, realizing they could ask higher prices for more-or-less unchanged watches and people would still buy them. In late 2010, I purchased a Royal Oak Chronograph reference 26300 that had a retail price of nearly €15,000. Although the market price of that watch today is around €45,000, I noticed that the successor of that watch had an official retail price of CHF 30,300 (with taxes and so on, probably close to €30,000). It is basically the same watch. Maybe Audemars Piguet upgraded the finishing, but it still uses the same movement. 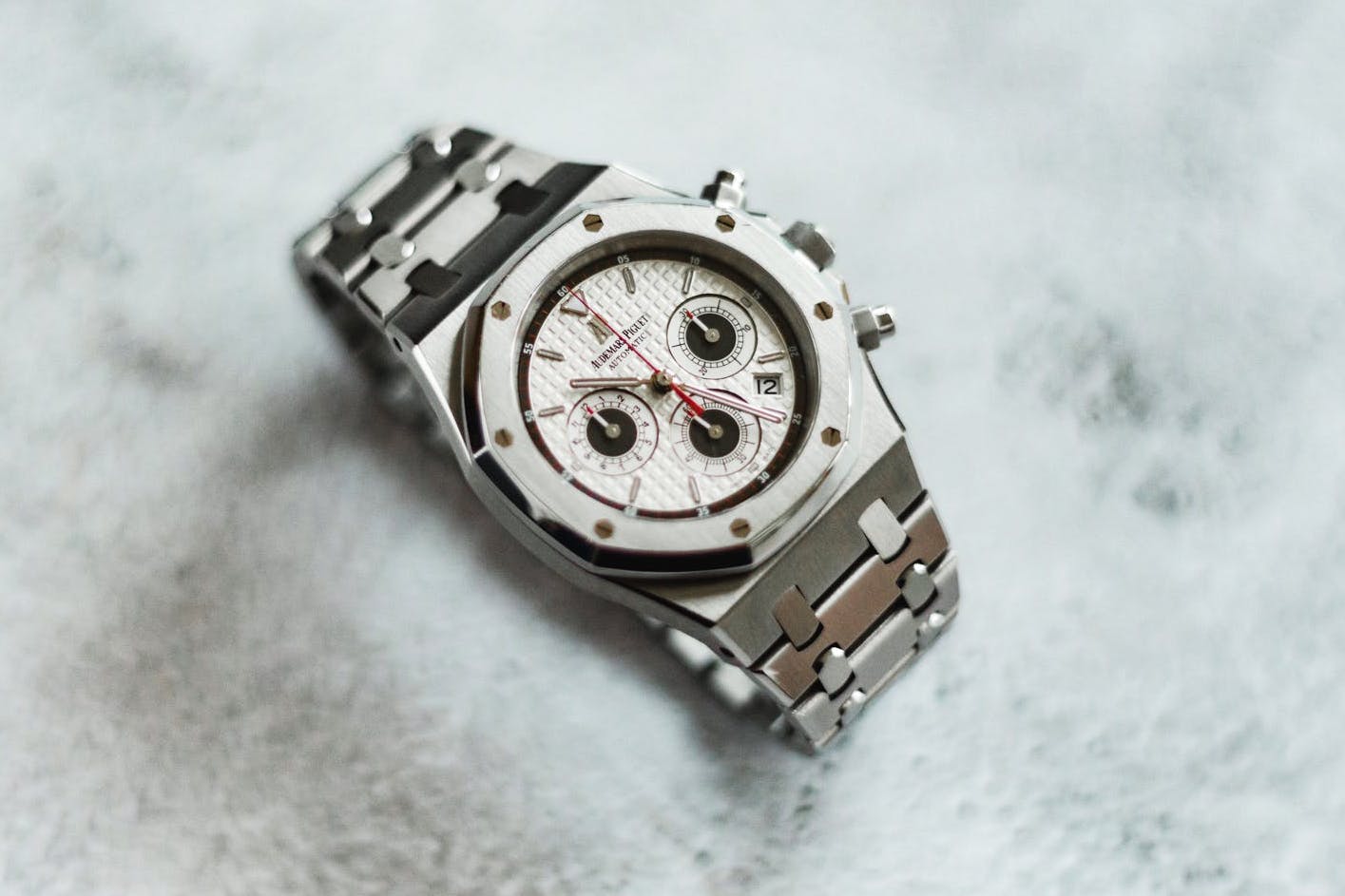 Things that leave me puzzled

I already thought €15,000 was a lot of money back then. People called me crazy when they heard the price of this steel chronograph. AP never stopped increasing its prices, even though the economic situation didn’t always justify it. Doubling the prices for nearly the same product in 10 years’ time is crazy, regardless. If a CEO then constantly talks to the press about the huge profits his brand makes year after year, proudly indicating that it has been achieved without increasing production, that leaves me puzzled. All brands are now riding the current high-horology wave, for sure, but what if things calm down again? Although I love the Royal Oak design, and I had a few, I lost interest in buying/keeping them, partly because of the wild prices. Not just the retail prices, but also the current market prices. The latter, especially, seems unhealthy to me in the long run. 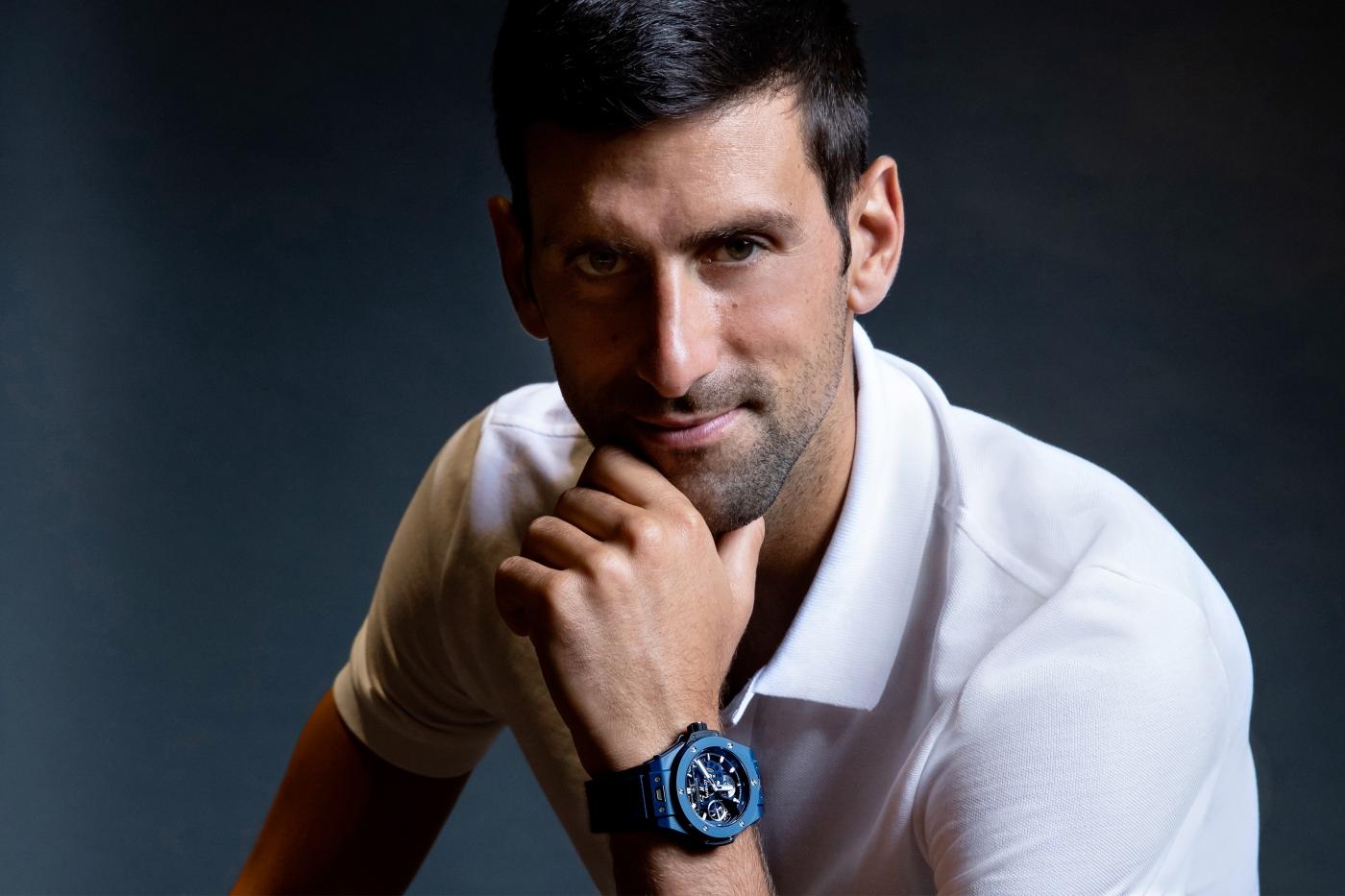 Apart from steep price increases and unobtainable watch models, there are also less tangible factors that can have a negative effect on a brand’s likability and desirability. I know RJ has an issue with some brand ambassadors and the influencers that promote certain brands. Think of highly controversial personalities with that love/hate label stuck to their foreheads. I think of tennis superstar Novak Djokovic, for instance, who recently changed his Seiko Astron for a Hublot Big Bang. 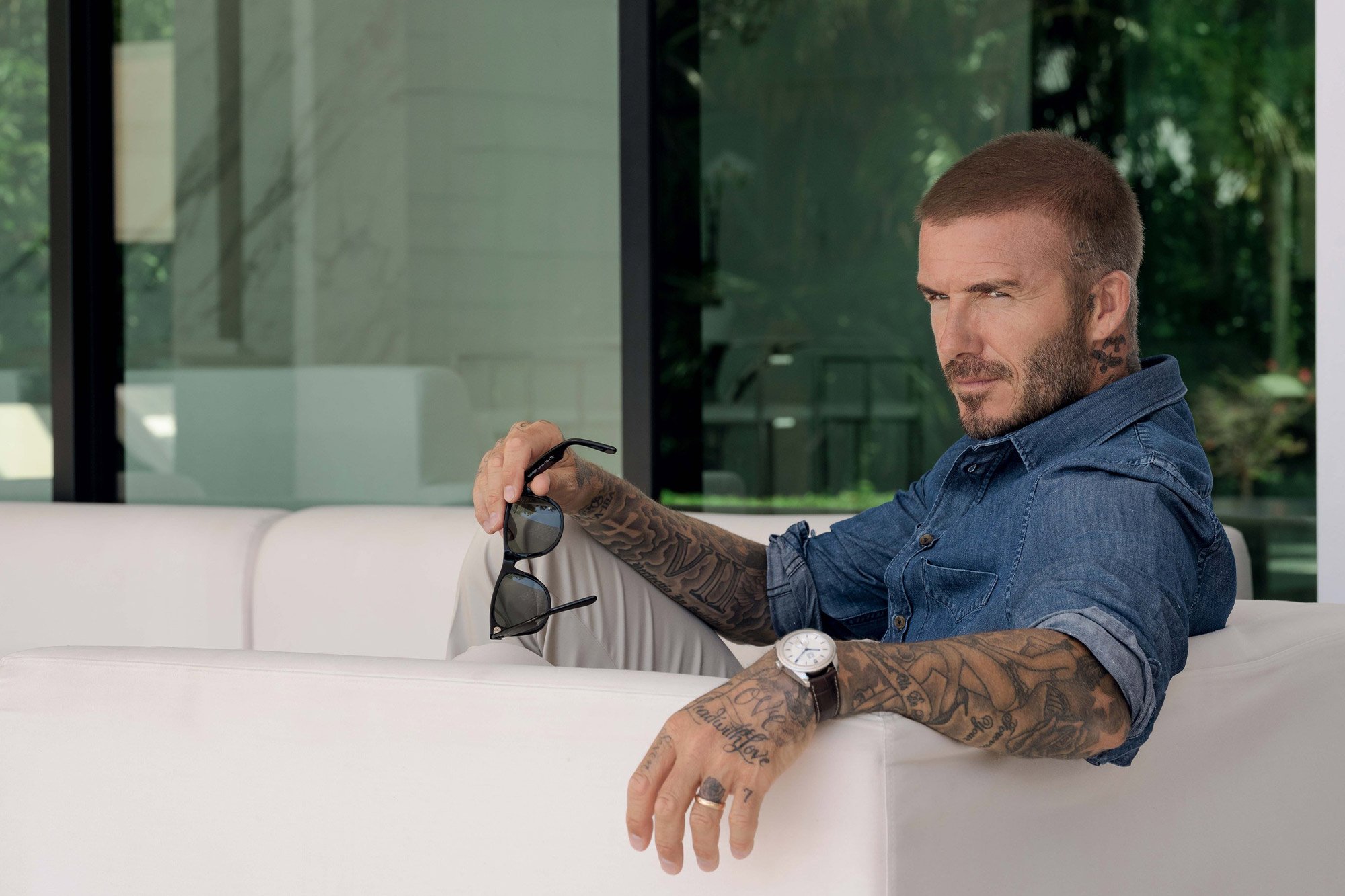 On a side note, I do enjoy brand ambassadors wearing watches from other brands. Since cameras are everywhere nowadays — everyone with a smartphone is a potential paparazzo — pics of Max Verstappen wearing a Rolex Daytona, for instance, instead of his TAG Heuer sponsor watch find their way to the internet. And Max is not the only one. David Beckham promotes Tudor, but also sometimes mistakes the brand with the crown for the one with the shield. A non-watch-related story about “Becks” comes to mind. He once signed a six-million-dollar four-year contract to promote Brylcreem hair products. It was a win-win situation because of Beckham’s long blond hair and the millions of fans worldwide who adored him. But halfway through the agreement, Beckham shaved his head. 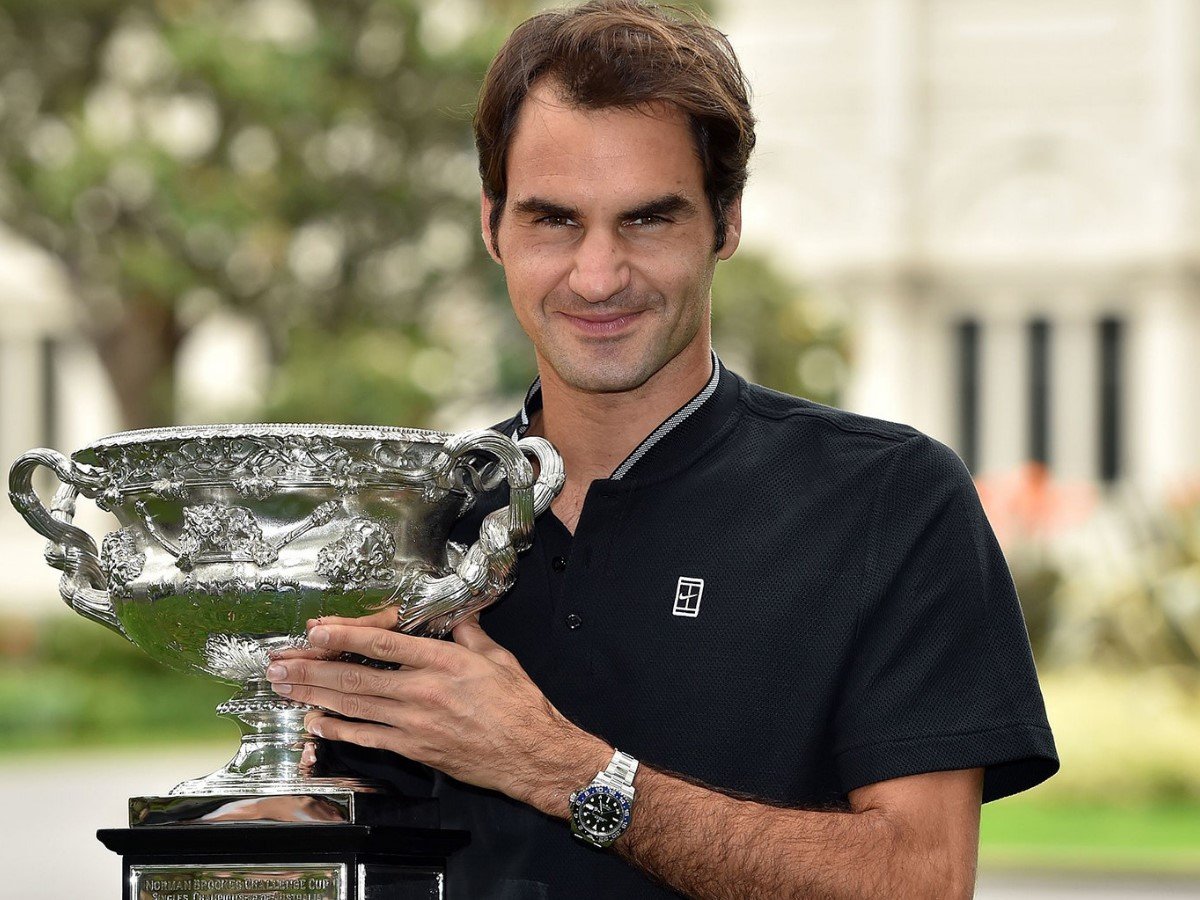 However, some partnerships do make sense, like a racing driver promoting a racing chronograph. Some also have a long-standing relationship with a brand — think Cindy Crawford appearing in Omega advertisements. Roger Federer and Rolex? Two Swiss icons that are a perfect match. And the fact that Federer started as a brand ambassador for Maurice Lacroix also doesn’t hurt his case, because that was at the beginning of his stunning career. Once he reached the highest level as a player, he got a well-deserved promotion watch-wise too. 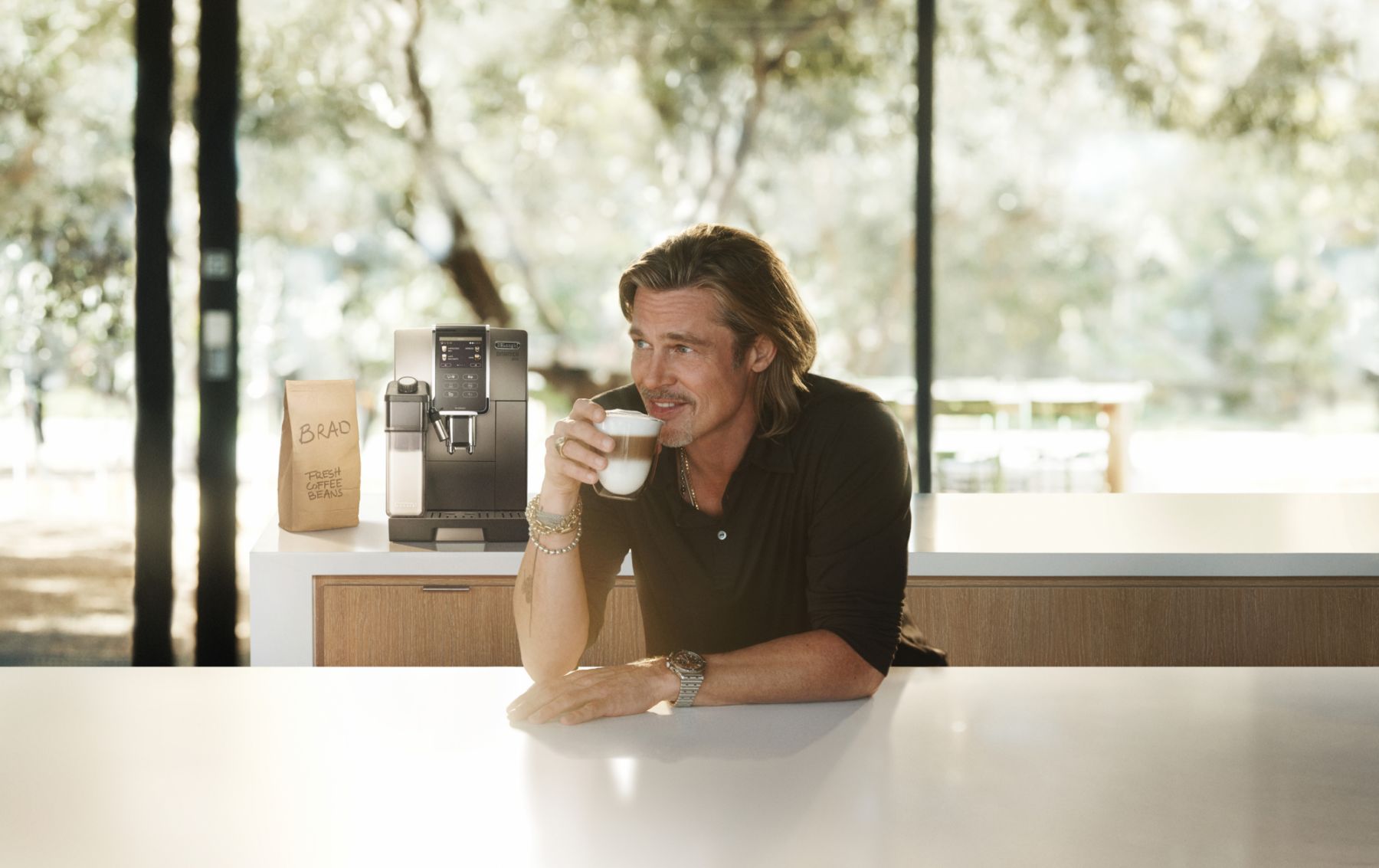 Brad Pitt, promoting and drinking De’Longhi while wearing a Breitling

But what about Brad Pitt, who once promoted TAG Heuer but recently switched sides to Breitling? How believable is that? Not very, in my humble opinion. And what does that say about the brand? That they just grabbed the opportunity when his contract was ending to frustrate the competition? Sounds like something a CEO would or could do. 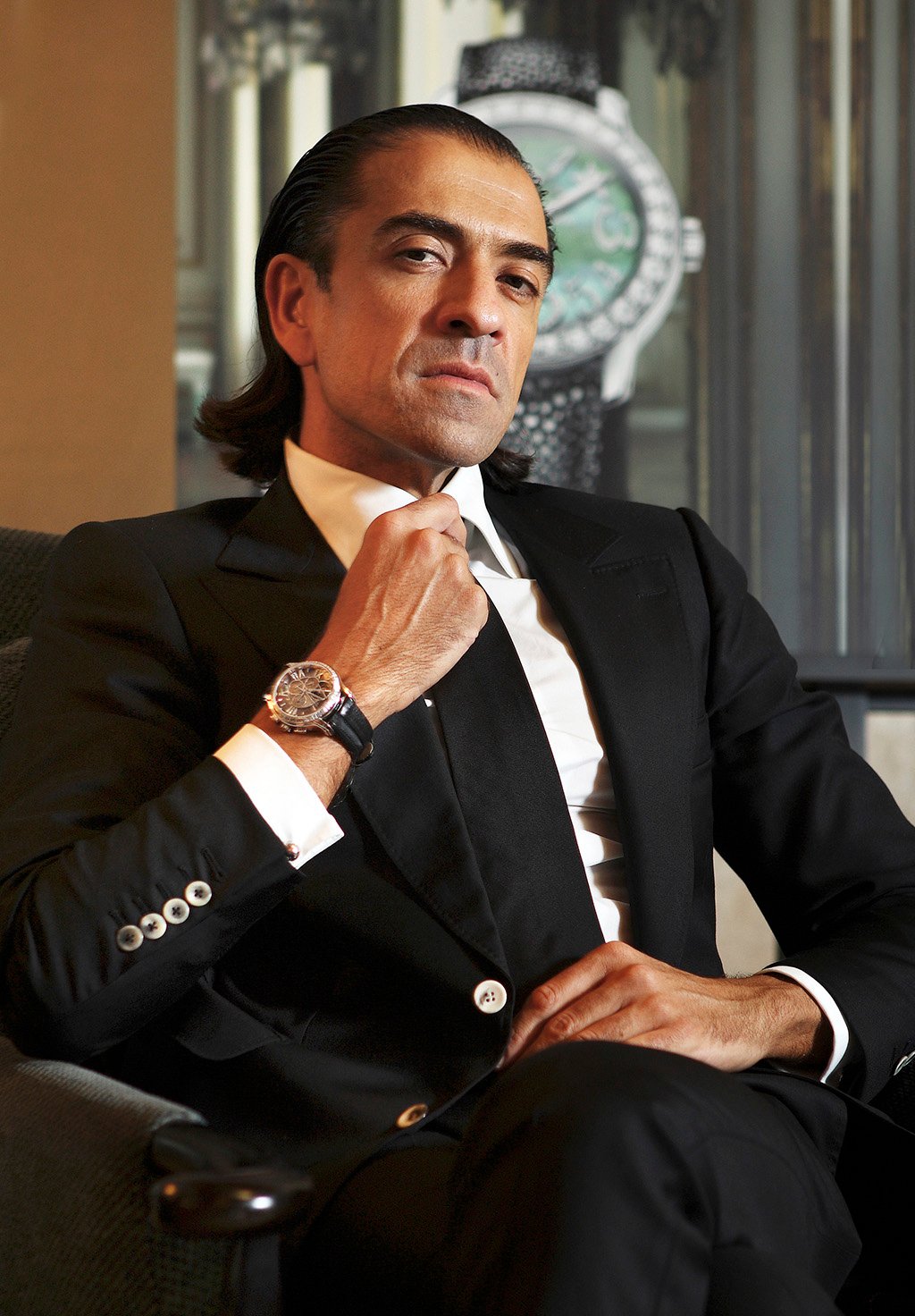 RJ already touched on the subject of CEOs when venting about Audemars Piguet. Speaking of CEOs, since I have been in the world of watches working as a journalist for many moons now, the way the big boss behaves also has an effect on how I perceive the brand under his or her reign. When I got interested in watches during the early 1990s, I developed a soft spot for Zenith.

… when Thierry Nataf became CEO of Zenith in 2001, his extroverted, exuberant, and flamboyant personality quickly started to have an effect …

My love for the El Primero “Rainbow” reference 02.0480.405 is undying. That’s what I thought, at least. But when Thierry Nataf became CEO of Zenith in 2001, his extroverted, exuberant, and flamboyant personality quickly started to have an effect on how both I and others looked at the brand’s watches. He pulled a “Toby Young,” if you will. And when Nataf introduced models like the Defy Xtreme Stealth, nobody even wanted to look at Zenith watches from the brand’s past or present. And that included me. After Nataf left in 2009, the collection slowly normalized and regained lost credibility. 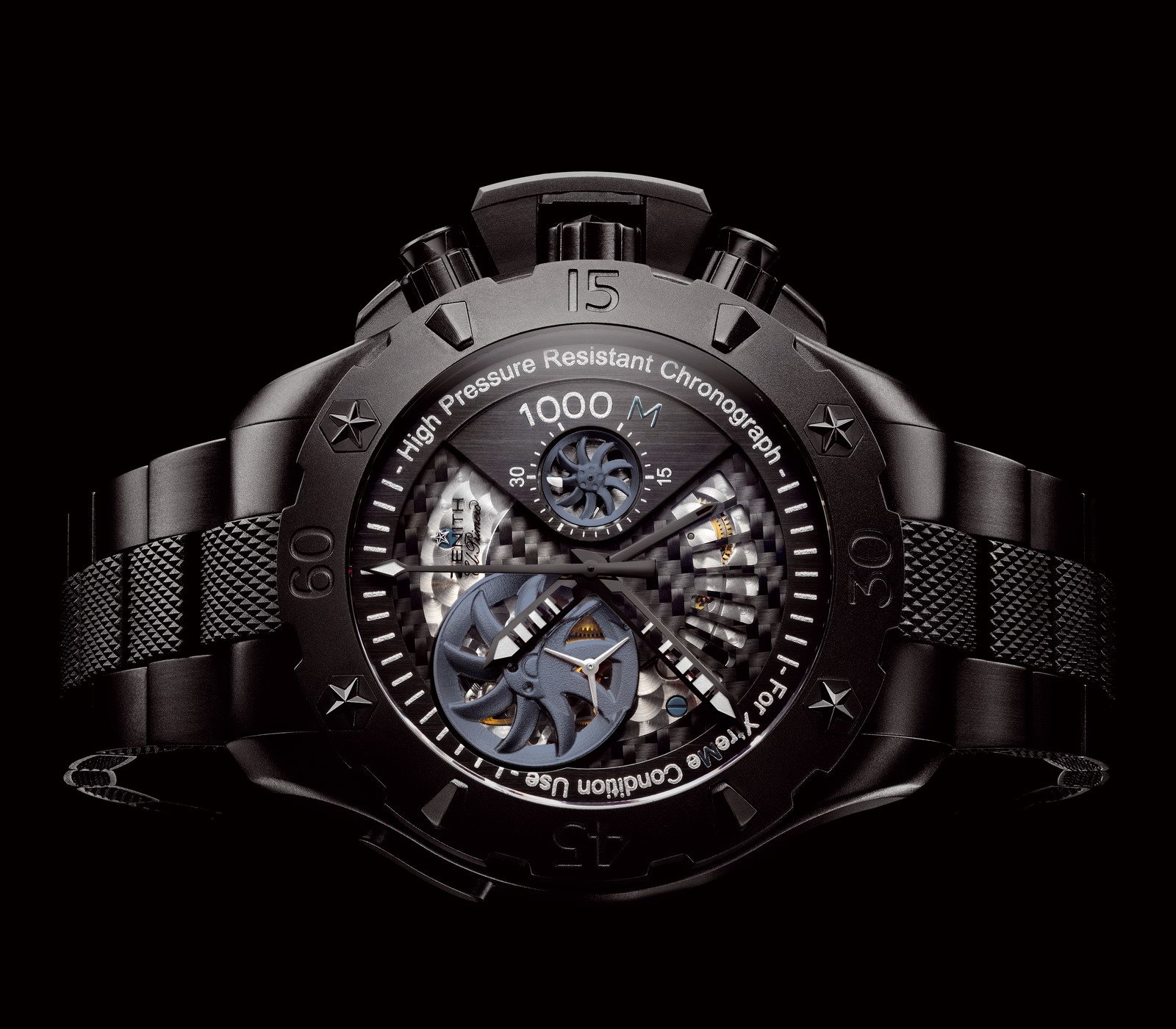 Last, but certainly not least, is a big one — retail price versus the movement used. I remember that day back in 2005 when I was trying the 42.5mm IWC Ingenieur on for size. It was the one with the in-house caliber 80110. The watch with a strong link to Genta’s original Ingenieur SL was too bulky for my wrist, so I didn’t buy it. But when, in 2013, the 40 × 10mm Ingenieur reference 3239 debuted, it got my immediate attention. It was the perfect size and beautifully detailed, and the sober black dial got me excited. But when I learned that IWC put a modified Sellita SW200 inside a watch with a price of €6,250, my excitement vanished instantly. It’s the same movement you find in an Oris Divers Sixty-Five, for instance. The Oris costs roughly three times less. No level of finishing or detailing justifies the €4K price difference. Do I really need to tell you I didn’t buy the 40mm Ingenieur? 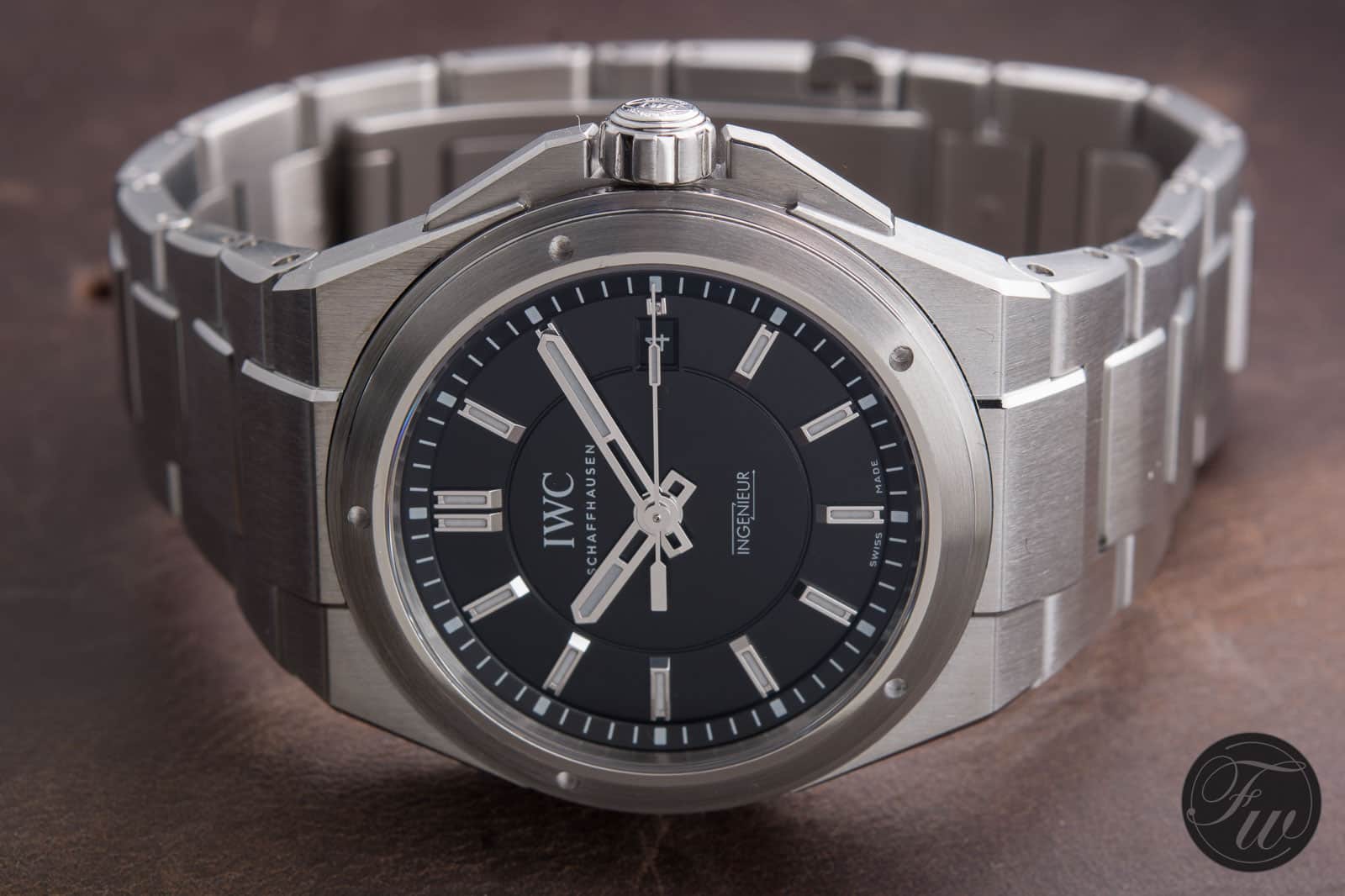 We will not end this story in a minor key. And that’s because brands always have the chance to win you back, right? They can be like Toby Young in the film version of How To Lose Friends And Alienate People. When he finally starts acting in a more civilized way, he starts a relationship with Alison, the colleague who, at first, couldn’t stand him. So, dear watch brands, nothing lasts forever. Frustration and antipathy can make way for satisfaction and admiration again. Consider it a relationship. And it takes hard work from both sides to keep the relationship enjoyable over time. We, for instance, could be a bit more patient and thoughtful — we and our big mouths! Let’s be honest and transparent with each other. Hey, that should be our New Year’s resolution!