And an answer to the exact reference, serial number range and where the watch are now
Robert-Jan Broer
comments 2
Share

You’re probably familiar with astronaut Ed White, who performed NASA’s first spacewalk in 1965 as part of the Gemini IV mission. On the pictures of that spacewalk, you can see him wearing two watches.

Unfortunately Ed White died in the fatal accident with Apollo 1. His name will live forever though, as the man who performed NASA’s first spacewalk in 1965. He was also part of the Apollo 1 crew, that should have launched on February 21st. However, during a test on January 27th, the crew (White, Grissom, and Chaffee) all died in a horrible fire in the command module.

Amongst Speedmaster collectors, Ed White is often referred to when it comes to the Speedmaster 105.003 reference. This is the Speedmaster reference that Ed White wore during his Gemini IV flight and spacewalk, and also what was on his wrist during that fatal accident. A few questions arise when seeing Ed White wearing two Speedmasters over his spacesuit. Why did he wear two watches? Which specific watches did he wear and where are they now? 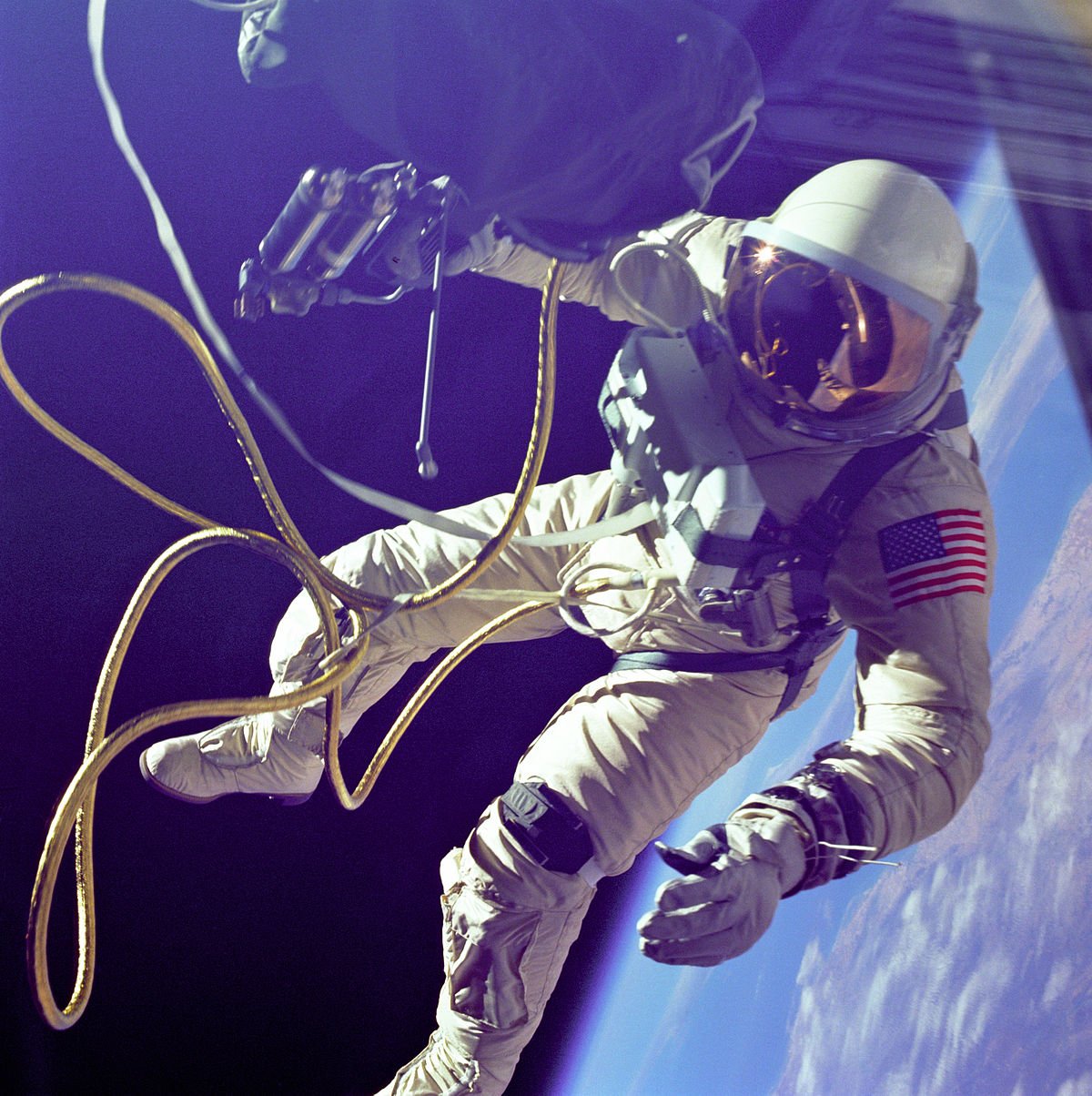 With the help of Omega and the brand’s access to the NASA archives, we’ll try to answer those questions. Although many assumptions have been made on this topic, it is good to have our research fact-checked by Omega (and, via Omega, by NASA).

The 105.003 reference was the watch that was tested and qualified by NASA for all manned space missions in 1965. NASA initially received three of these watches to be tested. After the qualification, Omega sent another batch of 24 Speedmaster 105.003 watches. Later on, NASA also ordered the Omega Speedmaster Professional 105.012 and 145.012 references for use during Apollo missions. The 105.003 was used at the same time as the 105.012 and 145.012. Consequently, all three references were issued until the end of the Apollo missions. 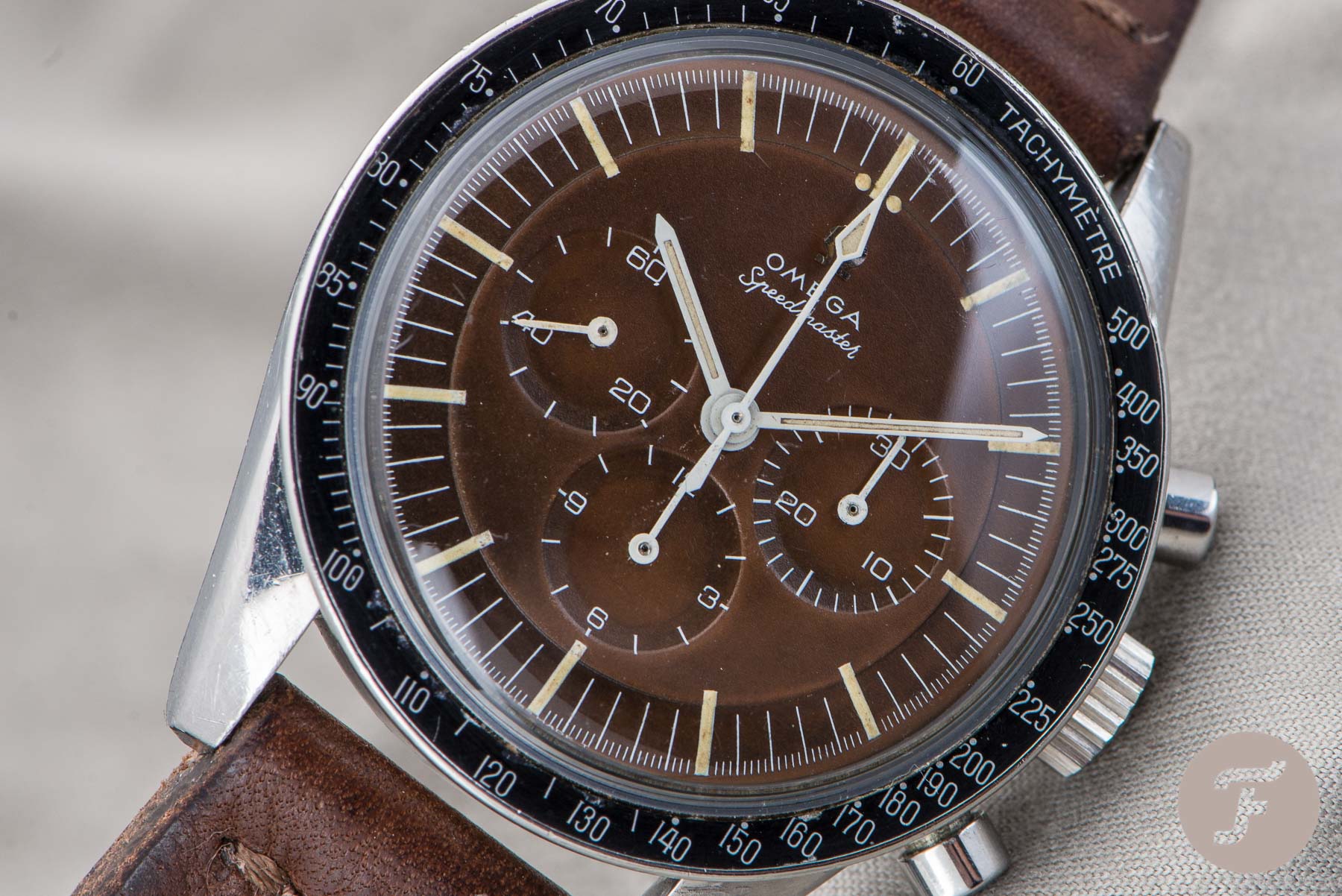 Omega confirmed that both watches on the wrist of astronaut Ed White during the Gemini IV mission are Speedmaster 105.003-63 references. One of them was Ed White’s training watch, and, according to NASA’s former engineer James H. Ragan, “It was one of the first Speedmasters to be delivered after the tests performed by NASA”. The training watch was later sold by Ed White’s son to a collector in Japan. The late Chuck Maddox wrote about this on his website. 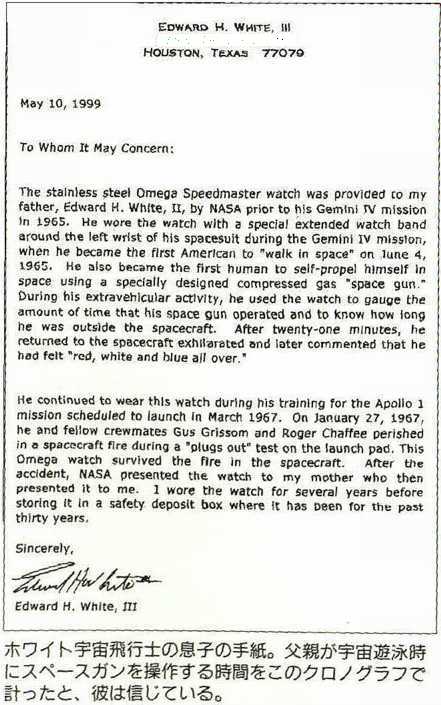 With the 105.012 and 145.012 references, the NASA number changed from -001 to -002 and the CF5503 coding was shelved. Interestingly, the CF5503 engraving was originally meant for Gemini missions. The SEB1210039-001/002 engraving was for Apollo missions. The watches that were used for Gemini, and thus only had CF5503 to start with, were “redone” with the additional SEB1210039-001 engraving. These codes were internal reference or product numbers for identification. Every piece of equipment NASA used was labeled and categorized in a similar way. 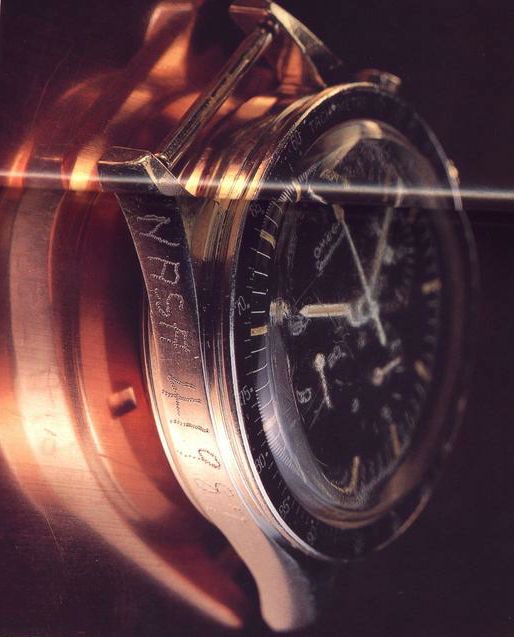 The other astronaut on Gemini IV was the command pilot James A. McDivitt. McDivitt was also the commander on Apollo 9. He also wore a Speedmaster during the Gemini IV mission. This was also a reference 105.003-63 with NASA’s S/N 4 CF5503 and SEB1210039-001. This watch is conserved at the Smithsonian in the USA. The Omega serial number of this watch is also in the 20’252’6xx’ range. Interestingly,  this particular watch was later on used by astronaut Borman during Gemini VII.

According to NASA’s former engineer James H. Ragan, astronauts kept track of the mission time, but also of their home (Houston) time. The same applied to Ed White during his 23-minute-long spacewalk in 1965. One Speedmaster 105.003-63 indicated the mission time of Gemini IV, the other one was set to Houston time.

We hope that this article will bring some clarity to the exact type of watches that Ed White wore in space, where these watches are today, and why he wore two.

Also, I would like to thank the Omega Museum and former NASA engineer James H. Ragan for their cooperation.