Why Every Speedmaster Fan Needs A Model With Hesalite Crystal

Treat your heart, not your brain.
Gerard Nijenbrinks
comments 39
Share

It’s a never-ending question, which Speedmaster Professional should I buy? The one with sapphire or a model with Hesalite crystal? And then there’s not just a single right answer. Both have their own advantages. But here’s why every Speedmaster fan should at least have one model in their collection with a Hesalite crystal. 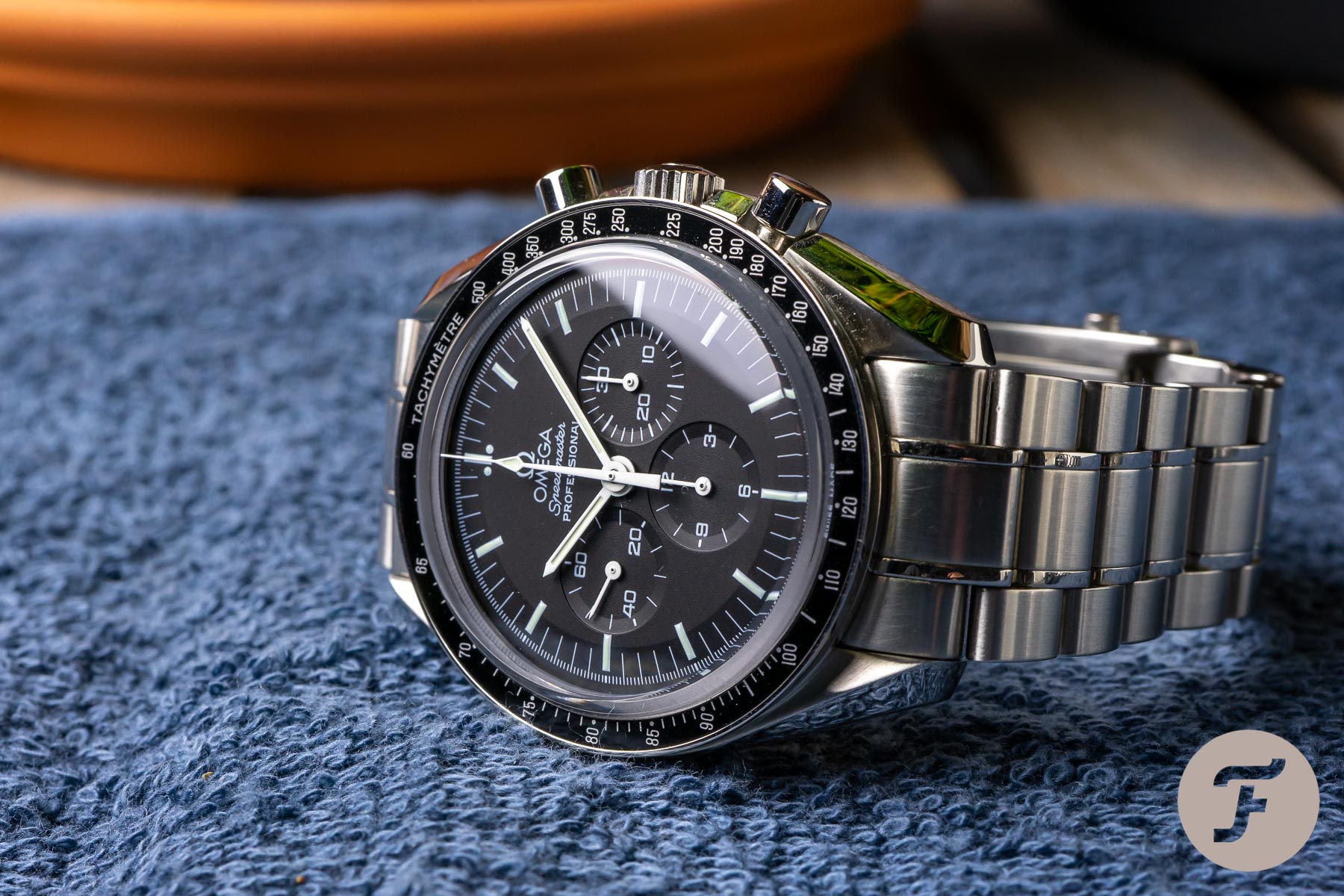 A Speedmaster Professional with sapphire crystal

Why choose an Omega Speedmaster Professional with Hesalite crystal?

The original Omega Speedmaster in 1957 was equipped with acrylic — or more commonly, plastic — crystal*. Just like many other sports watches and chronographs of that era. The main reason to use plastic instead of mineral glass was the resistance to shattering. On heavy impact — more commonly sustained by tool watches rather than dress watches — an acrylic crystal will crack, not shatter. Not only are tool watches more likely to be hit, but the environment in which they are used is also often more sensitive to glass splinters flying around. Imagine the many dangers posed by loose glass splinters flying around a cockpit environment in an airplane or space rocket?

* To use the word crystal for the top glass, or lens, of a watch is a bit confusing. Crystal is a totally different material from plastic. But, one way or another, the word crystal — or glass — is used to determine the part that transparently protects the dial and hands. Whatever material it’s made of. 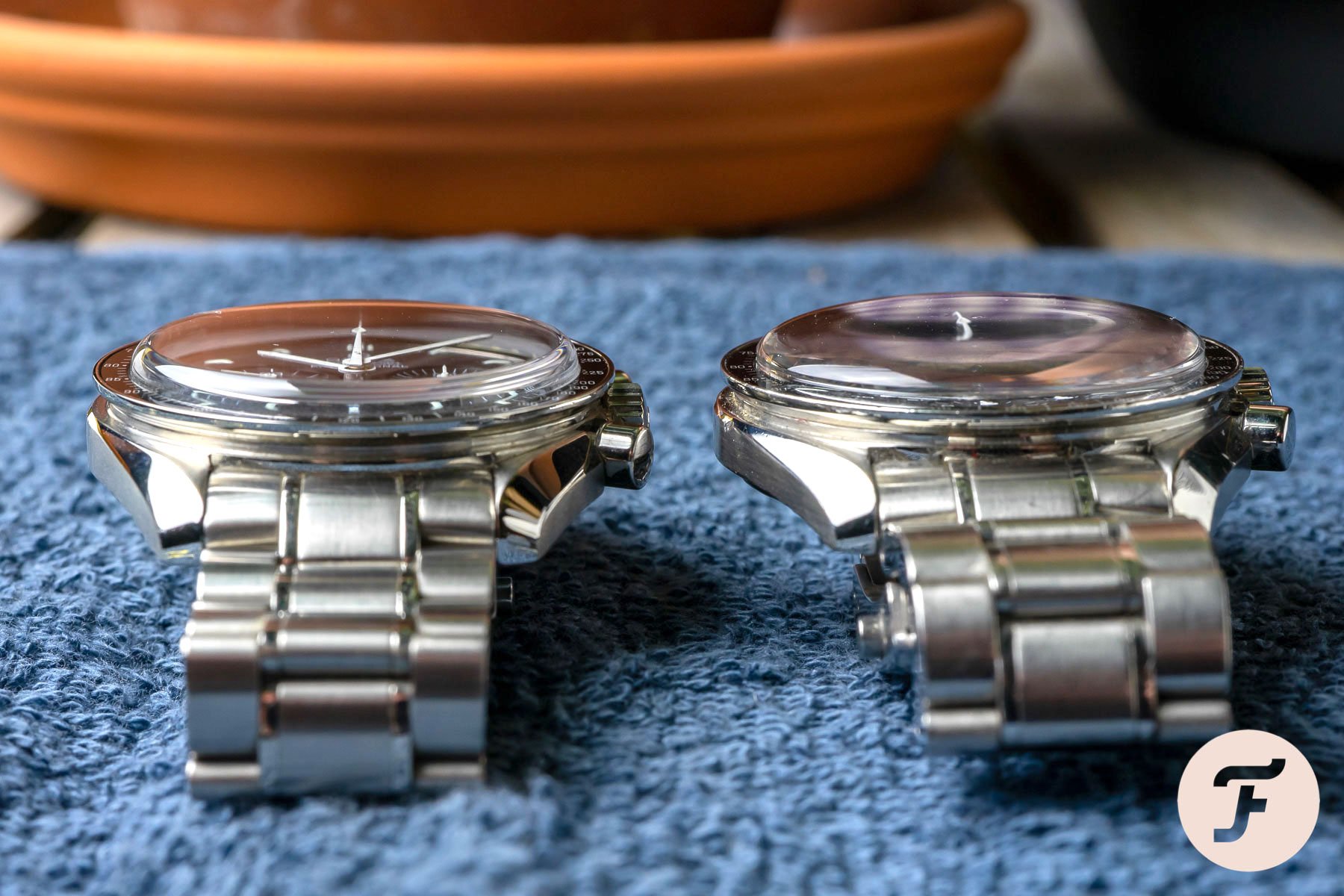 What exactly is Hesalite?

As we can see, Omega uses the term Hesalite to describe Speedmaster “crystals”. But what exactly is Hesalite? Well, Hesalite is a transparent thermoplastic, or PMMA — Poly Methyl Meth Acrylate. 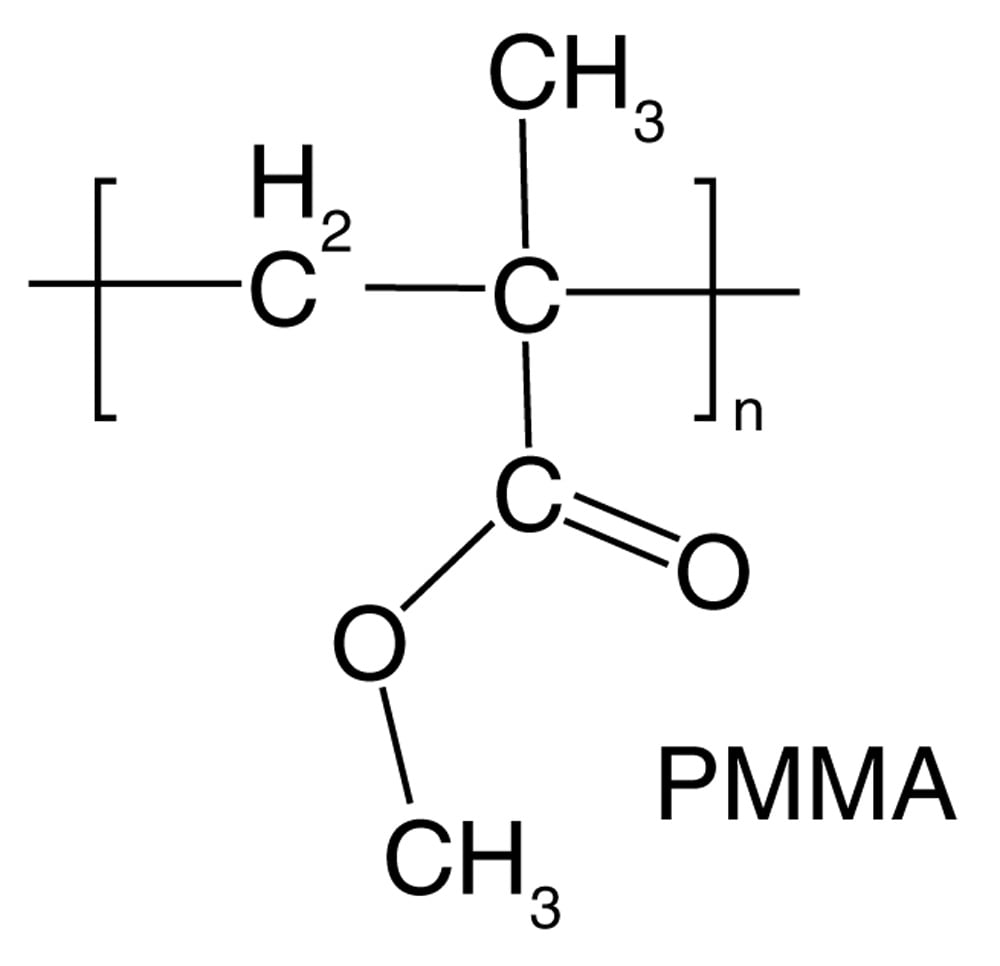 PMMA comes from different producers, which might have slightly different optical and or mechanical properties. But to be honest, basically, all PMMA’s are the same. The difference is often caused by a producer of the PMMA using a tradename. So if we see Perspex, Plexiglass, Lucite, Sumiplex, or Hesalite being used, we’re looking at different commercial compositions of PMMA produced by different manufacturers. The Hesalite brand is owned by Topacryl in Switzerland.

One of the technical developments in watchmaking was the use of sapphire for the top crystal. Sapphire is also a natural gemstone but has little to do with a sapphire watch glass. The sapphire used for watch glasses is a hard, transparent material made of crystallizing pure aluminum oxide at very high temperatures. The only thing the two types of sapphire have in common is that synthetic sapphire has the same hardness as natural sapphire gemstones, but without the color that gives the gems their attractiveness. 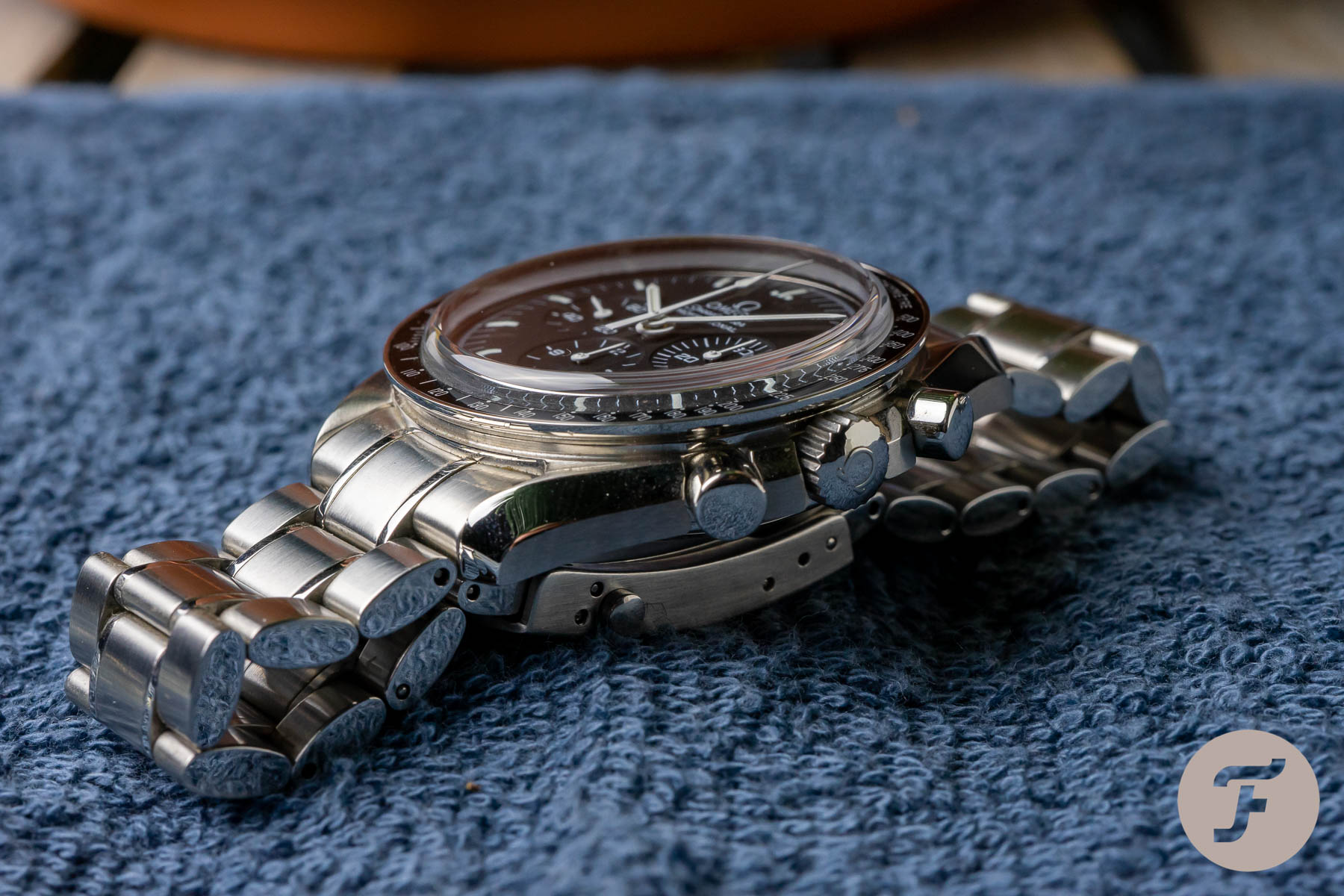 A sapphire crystal is — due to its difficult production process — much more expensive than one made from transparent thermoplastic. As said, a sapphire crystal is tough and is almost impossible to scratch. Technically that sounds promising and preferable for a daily worn watch. Therefore, in most cases, it’s a desirable choice. Except for that 1% using a watch in an environment where the tiny chance of scattering a watch’s crystal isn’t desirable or allowed, it is technically the best solution for most people. But is it the best solution for a hardcore Speedmaster fan?

Hesalite is not an intellectual choice.

I don’t think so. Technically, probably yes. But then as well, wouldn’t an Apple Watch technically be a better solution than an Omega Speedmaster Professional? Probably also yes. But, in my opinion, fans don’t wear nor buy their Speedmasters for intellectual reasons. We’d be going too far to discuss why people are attracted by certain types of watches here. But in the end, luckily, most of the reasons come down to feeling and aren’t intellectual choices. 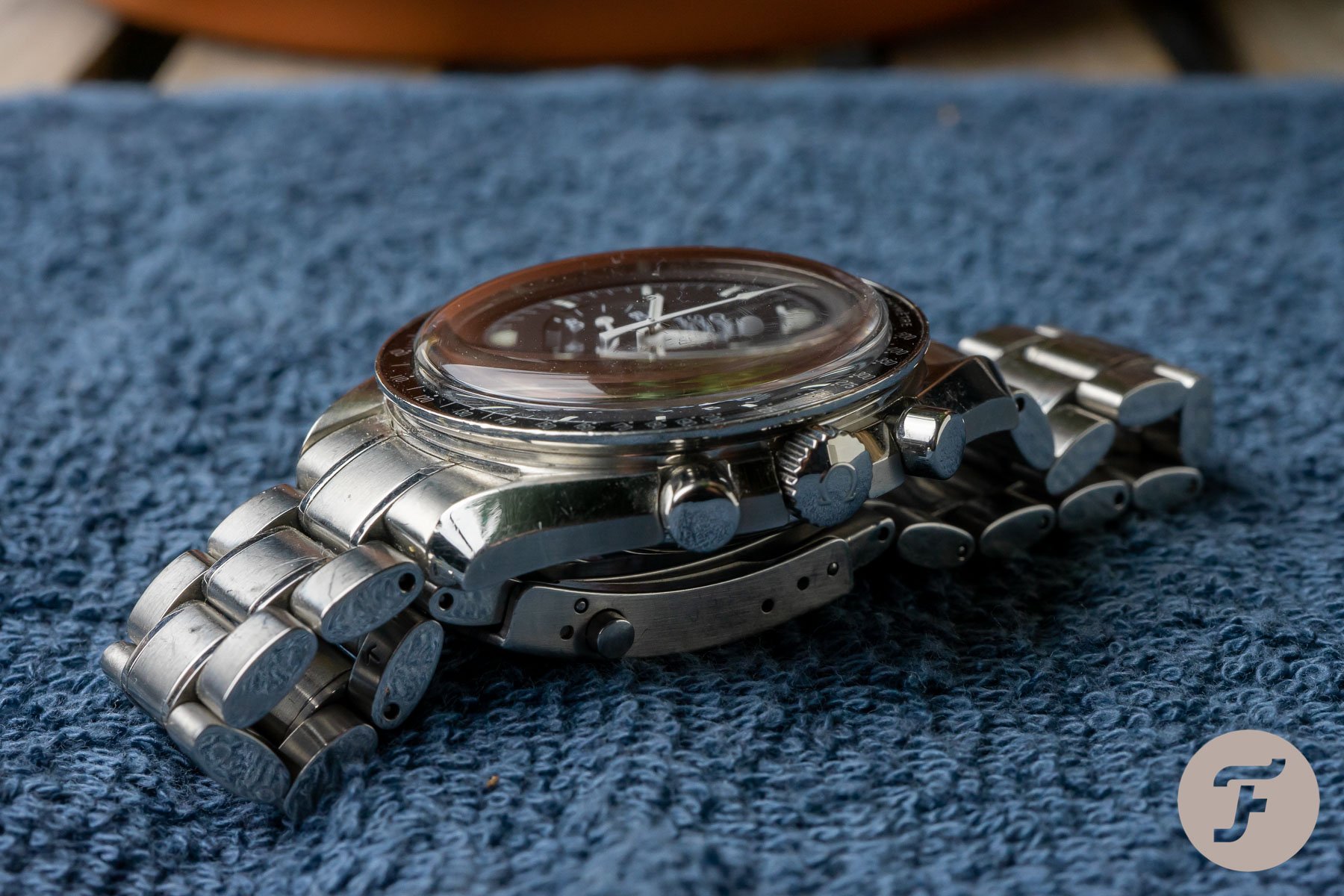 And that’s why I think any Speedmaster fan should at least have one Speedy with a Hesalite crystal. It definitely looks different, and it gives a different experience when wearing the watch. The difference in appearance is one reason, but the historic notion also helps. This is how Speedmasters are used professionally; this is how they were meant to be. Perfect for a specific application. The real deal.

Yes, your Hesalite crystal will scratch easier than a sapphire one. And then, so what? Of course, I can imagine that if you just spent almost €5,000 on something that you love, you don’t like to have it scratched. That’d hurt. But I’m sure that the joy that a Hesalite Speedmaster will give you will outclass the disaster of scratching your crystal. I mean, it’s just a plastic crystal. It’s meant to be scratched; it protects your dial and hands. Scratches don’t mean much harm to your watch or your wallet if you want to have it replaced. And, instead, they imbue a watch with a priceless character. 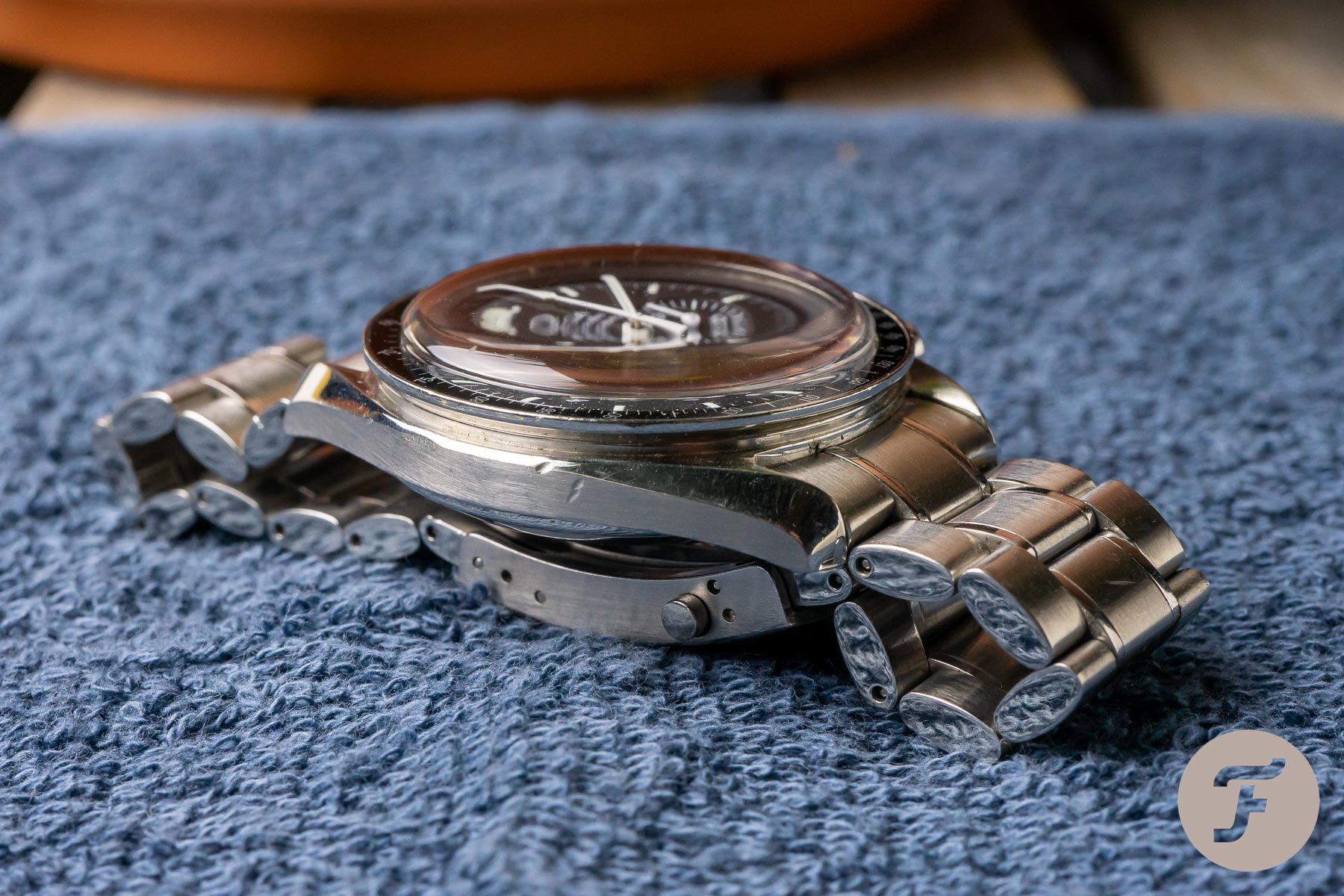 As the pictures will make clear, I use a Speedmaster with Hesalite crystal as a beater. That can not only be told from the Hesalite but from the condition of the whole watch as well. And I like it that way. I didn’t buy this one brand new. I bought it from a commercial airline pilot who used it as a tool until he retired. This watch has flown all over the world for decades. It has knocked on more instruments, doors, and whatnot than many of us could hope to clatter into over a lifetime. At once, an extra scratch on the Hesalite isn’t a disaster anymore; it’s a battle scar. It means it’s my watch, and I’ve shared experiences with it.

How easily will Hesalite scratch?

I know there are a few sorts of pencil tests, but there’s one to indicate the hardness of Hesalite as well. Lead pencils exist in various hardness. They normally range from 6B very soft to 9H very hard. Only the hardest type of pencil, 9H, can scratch a Hesalite crystal.

And what is against sapphire crystal?

As mentioned, besides for historical reasons, a sapphire will give your Speedmaster Professional a different look. The dial will look slightly clearer and sharper, specifically compared to a watch with a Hesalite crystal that has been worn for a while. Is that bad? No, it’s not bad, but different, and it will make your Speedmaster look a bit overly perfect. There’s another point, however, and that’s the visual deformation of the dial.

Difficult to explain, but the pictures above will make clear what I mean. And to me, that is the worst thing about a sapphire-topped Speedy. It more or less destroys the original — more vintage — feeling. Technically the watch with a sapphire crystal will probably be the most advanced, but it doesn’t show the same spirit.

Any disadvantages of the Hesalite Speedmaster?

Leaving the historical aspects aside, I think it’s a pity that the Speedmaster Professional isn’t available with a glass back (anymore). I do understand why, though. The Hesalite equipped watch was still meant to be a tool watch. Between the case back and the movement, you’ll find a soft iron anti-magnetic shield. A watch with a glass back would obviously lack this feature, making it less suitable for professional jobs.

But for fans and collectors, looking at the fine Lemania based chronograph caliber is a feast. In the past, there have been two references boasting both display backs and Hesalite crystals. These were the 3592.50 and 3572.50. Nowadays, and for the foreseeable future, this combination is unfortunately unavailable. 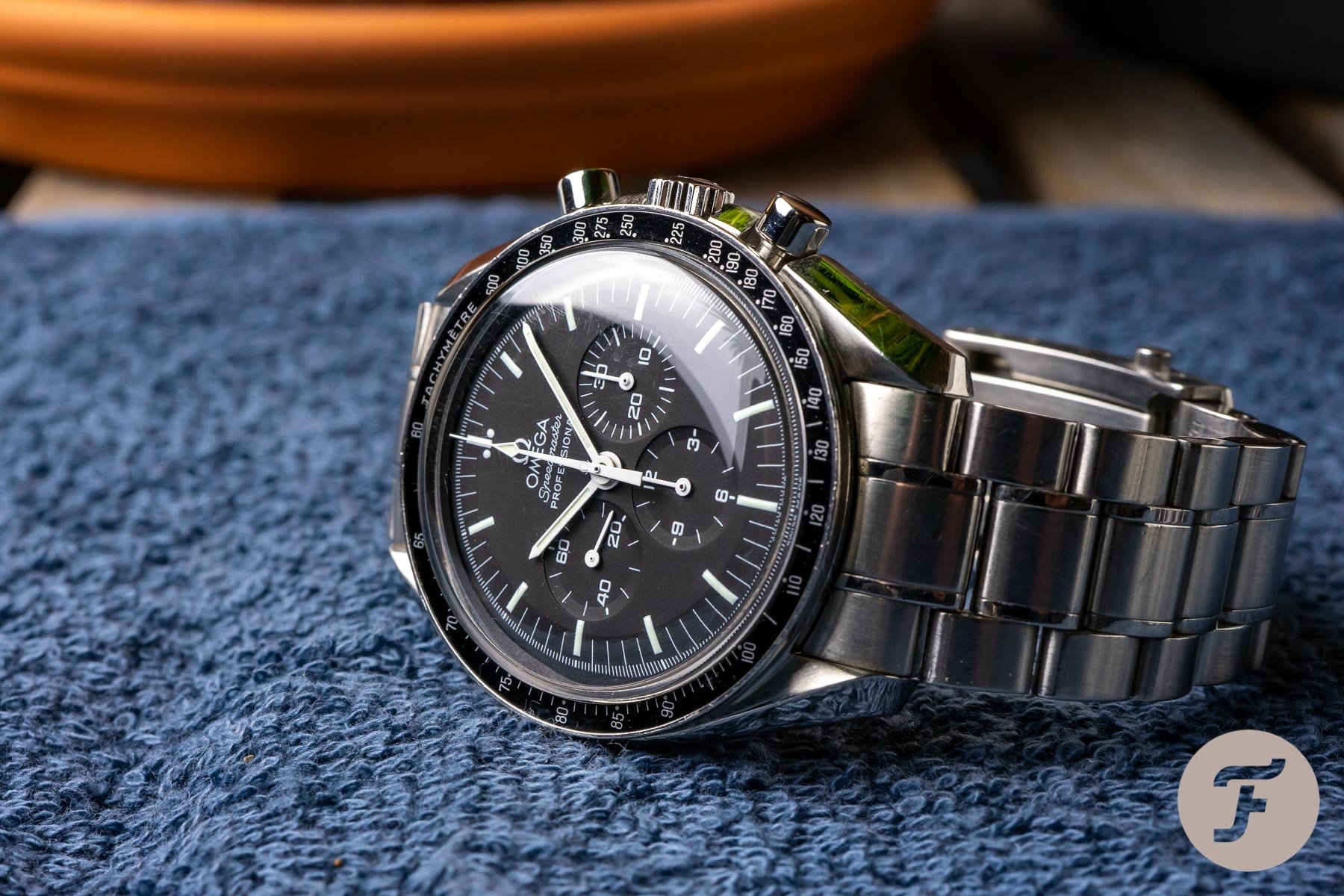 If you’re a hardcore Speedmaster Professional fan, I guess one of your watches will have Hesalite crystal. If you’re not such a collector but just love the Speedmaster as a watch for your regular daily life, a sapphire crystal may be an option for you. But even then, I can’t see it as a better choice as it becomes a different watch.

Please note that the above article reflects a personal opinion. Feel free to disagree, and feel free to share your opinion in the comments below. You’ll find me on Instagram @gerardnijenbrinks.