Would you transition to this big flier for €9,674?
Michael Stockton
comments 4
Share
Wrist Game
Crying Shame

Hey there, it’s time for Wrist Game or Crying Shame where you get to play a little pick ’em choose ’em. This week, we super size things with an IWC Big Pilot. But first…

Last week, I showed you a modern-day Omega Speedmaster Mark II Co-Axial with a racing dial for just under €3,600. You gave this one the checkered flag as it motored to a 78% Wrist Game win. I’m pretty happy about that one, but I wonder if you’ll be happy with today’s IWC Big Pilot.

Do you remember big watches? Well, back in the early 2000s, let’s just say they were a, um, big thing. You can lay a lot of the blame or credit on a then pluckily resurging brand called Panerai. But there were fast followers from the more established names. One such example just happens to be today’s IWC Big Pilot. 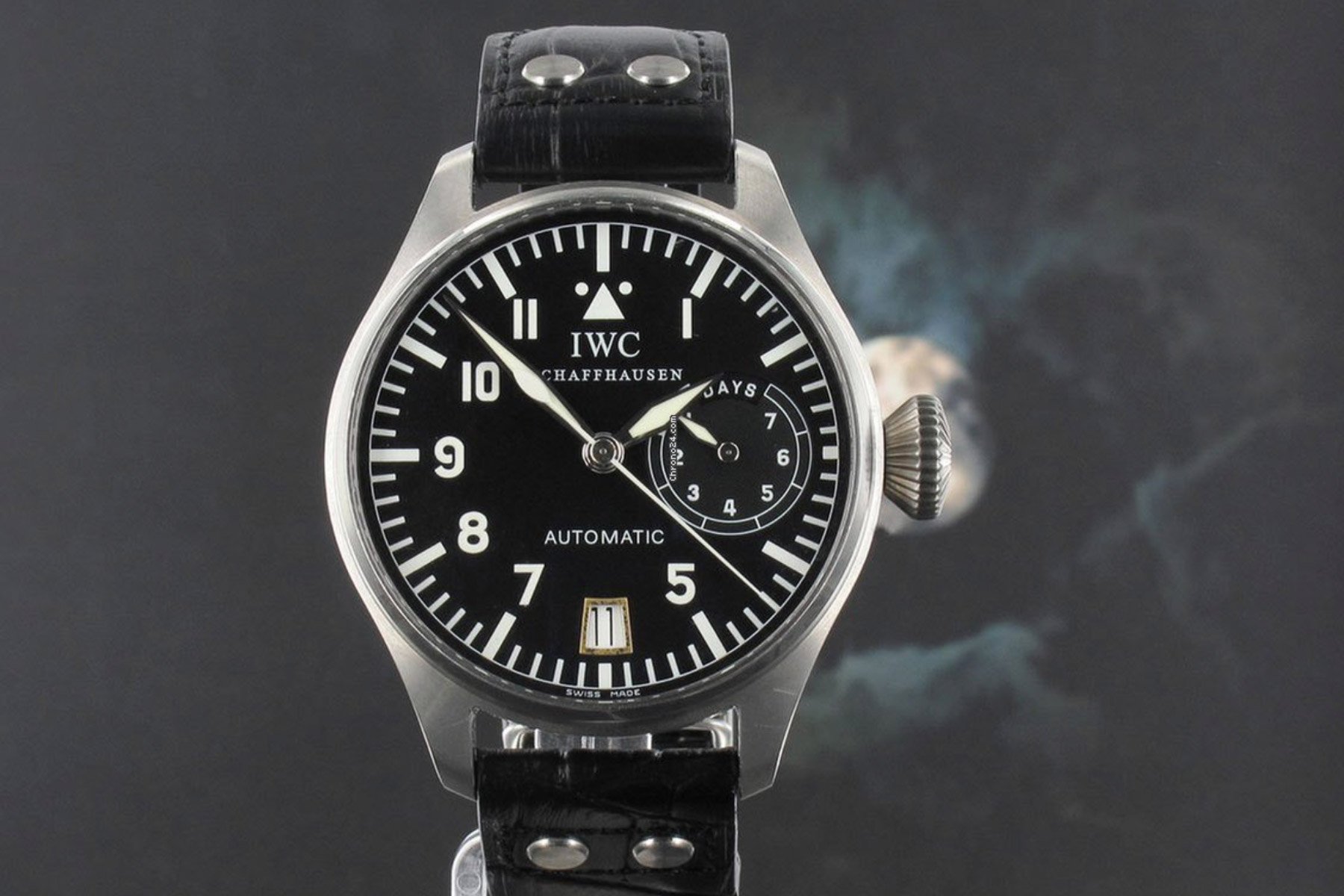 The IWC Big Pilot is BIG!

The IWC Big Pilot debuted all the way back in 2002 as reference 5002 and it’s a watch model that’s still in the collection today. Back in those days, though, let me tell you, “Big” was the operative word. The watch came in at a booming 46mm in diameter with a lug to lug of 56mm. Somehow, the world’s “big wristers” all had epic jobs — or took advantage of that sweet early ’00s manna called endless credit — and ponied up hard for this IWC. For a period there, these were as difficult to find as a comparably gargantuan Panerai. I know this because a co-worker was on the hunt. 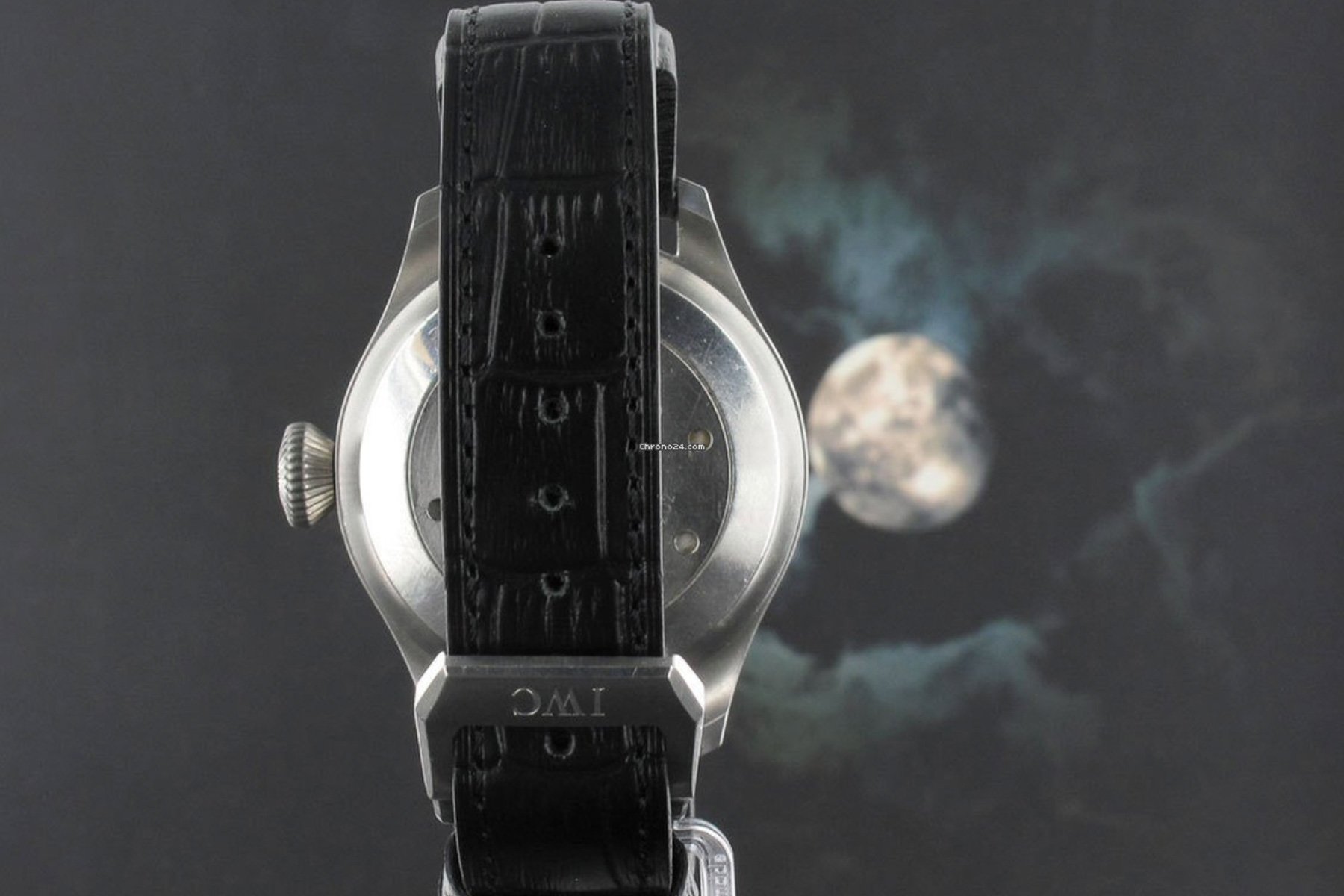 The IWC Big Pilot was meant to evoke thoughts of 55mm fliegers from decades past and I think it did a nice job. The original model had a legible black dial with printed, lumed Arabic hour markers and minute track. At 12 o’clock, the typical IWC triangle and two dots gave it a familial resemblance with other contemporary pieces such as the Mark XII. A huge onion crown became a real calling card for this model and was used to set the time, adjust the date, and give the mainspring a wind or two. The movement, by the way, was a new caliber 5011 automatic that ran at 18,000vph, but offered an impressive seven days of power reserve. IWC also fitted these watches with 22mm buffalo straps complete with a couple rivets on each side. 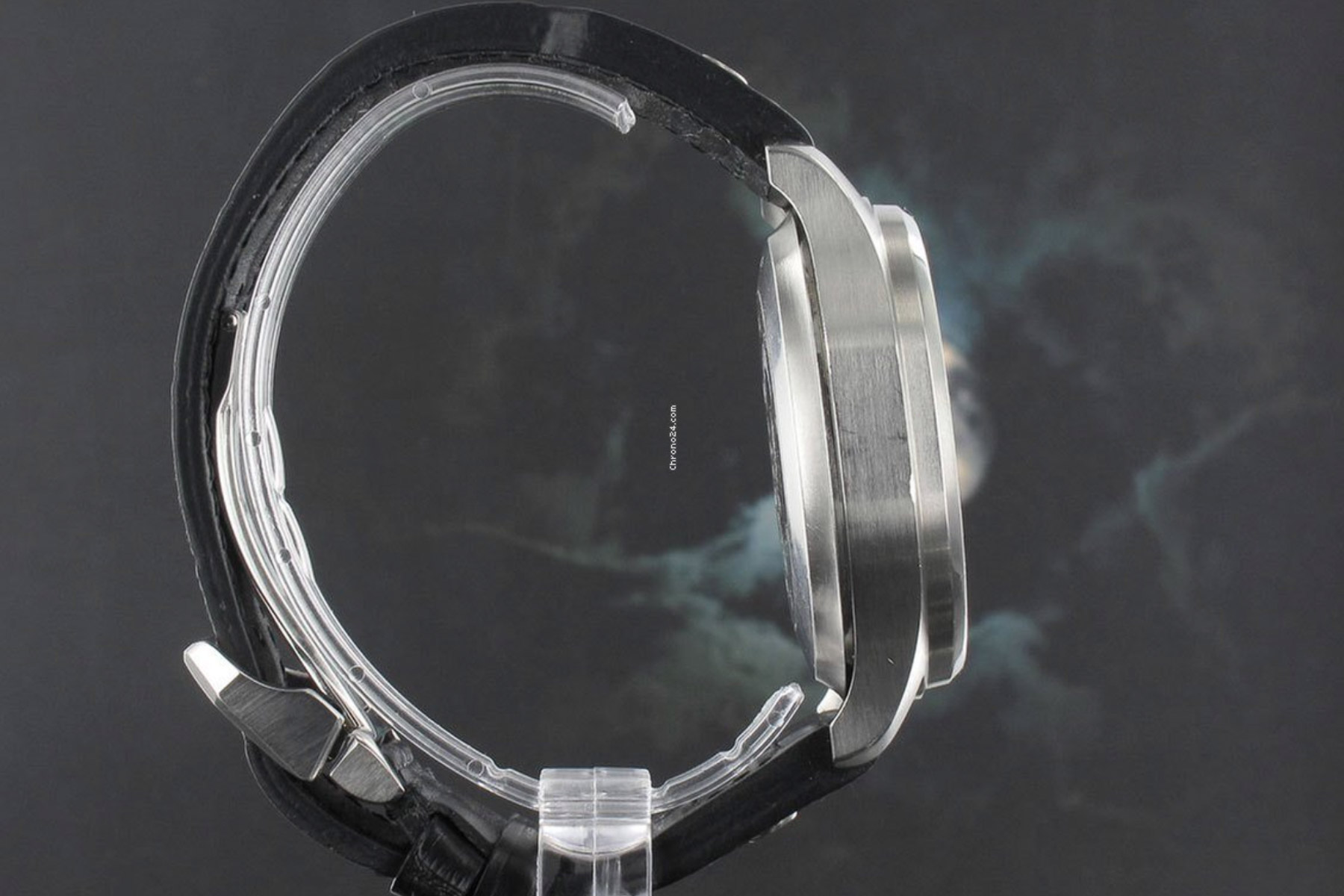 The original IWC Big Pilot reference 5002 was only around for a few short years. It seems that the original movement wasn’t so impressive in terms of timekeeping and IWC felt the need to make changes. First off, a new dial came along. If we’re being open here, it wasn’t really an improvement. But the new 5004 reference came with a new movement known as the 51110. This automatic caliber upped the frequency to 21,600 and was more accurate. And so after spending time telling you about the original Big Pilot reference, why have I moved on to its successor?

With watches, exceptions often become the rule. The IWC Big Pilot is no different and it seems that the company issued some first-generation 5002 models with the new higher frequency 51110 caliber. This, folks, is known as a transitional. Depending on who you speak with, they’re extremely rare. Some say that only a couple of hundred pieces were ever produced. And therefore, if you’re a fan of the Big Pilot, this is the one to own. 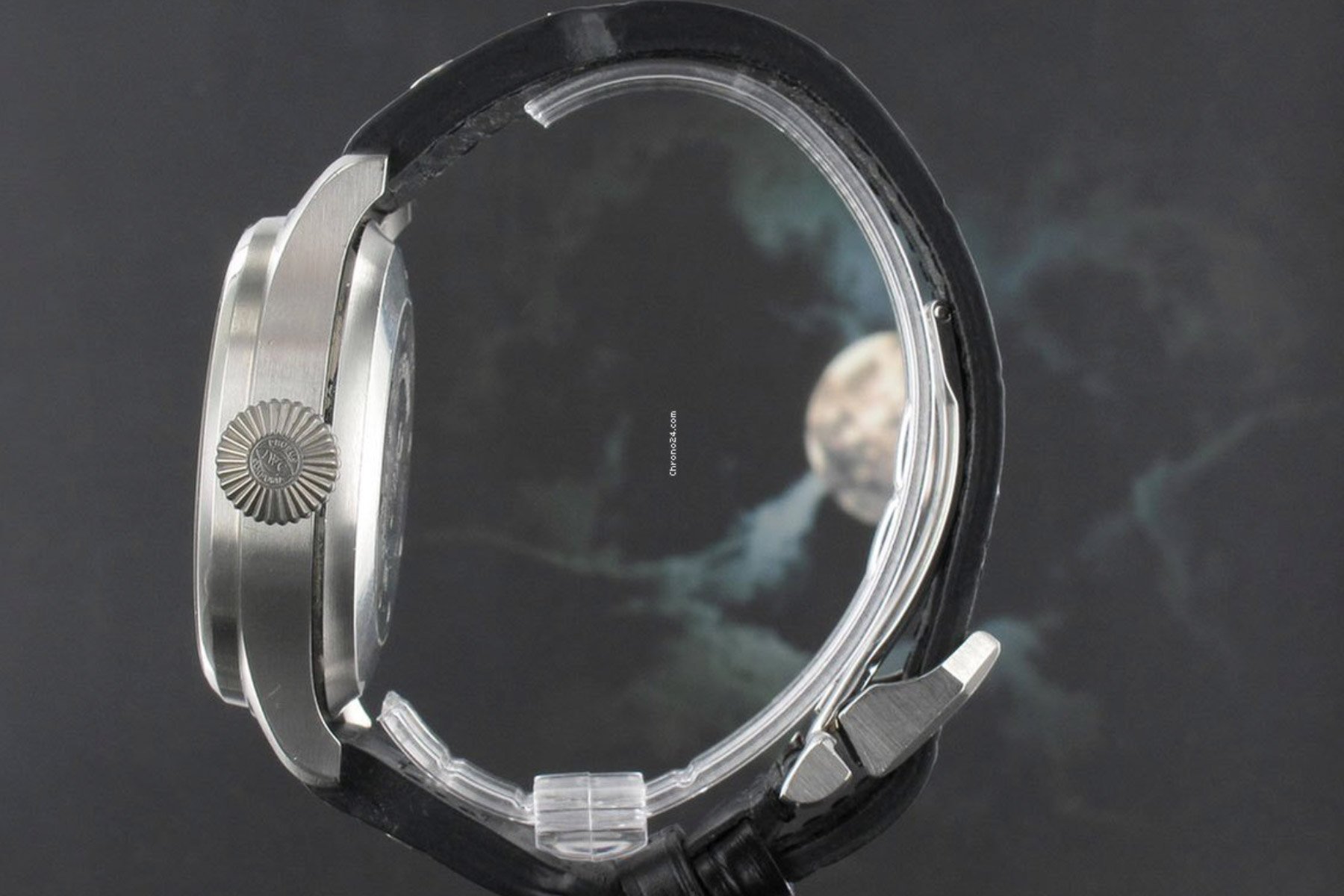 I’ve found an IWC Big Pilot “transitional” for sale in the lovely city of London via Chrono24 for €9,634. Watch Guru owns the watch and the pictures. The watch looks to be in prime condition even if the box and papers are long gone. It looks unpolished and the ad says as much. One “tell” that the watch is a transitional is the “Probus” symbol instead of the former “fish”. On the other hand, the fish crowns were known to be problematic and IWC always swapped them at service. So, do your own digging here and ask for a look-see at the movement if this is interesting to you. As an FYI, this watch is about 30-40% more expensive than a run of the mill 5002.

And friends, that’s where we are now. Decision time. Would you take the big plunge on a rare IWC Big Pilot or would you leave the flying to someone else?