Welcome to 2022 from Wrist Game Or Crying Shame! This year, things are gonna be great — I can feel it! We will kick off this year hot on the heels of an Omega release from just yesterday! The five-year-old Omega Speedmaster 60th Anniversary is in play. Before we get to it, though…

Travel back to late 2021 with me when I showed you the Cartier Ballon Bleu 36 automatic. I really had no idea how that one would go, but the watch took us out on a high note with a 60% Wrist Game triumph! Folks truly campaigned on behalf of that watch due to its comfortable bracelet and lovely looks. I’m impressed! This week, we’re on point — the first week of January is always Speedy week — as we look at the Omega Speedmaster 60th Anniversary model. 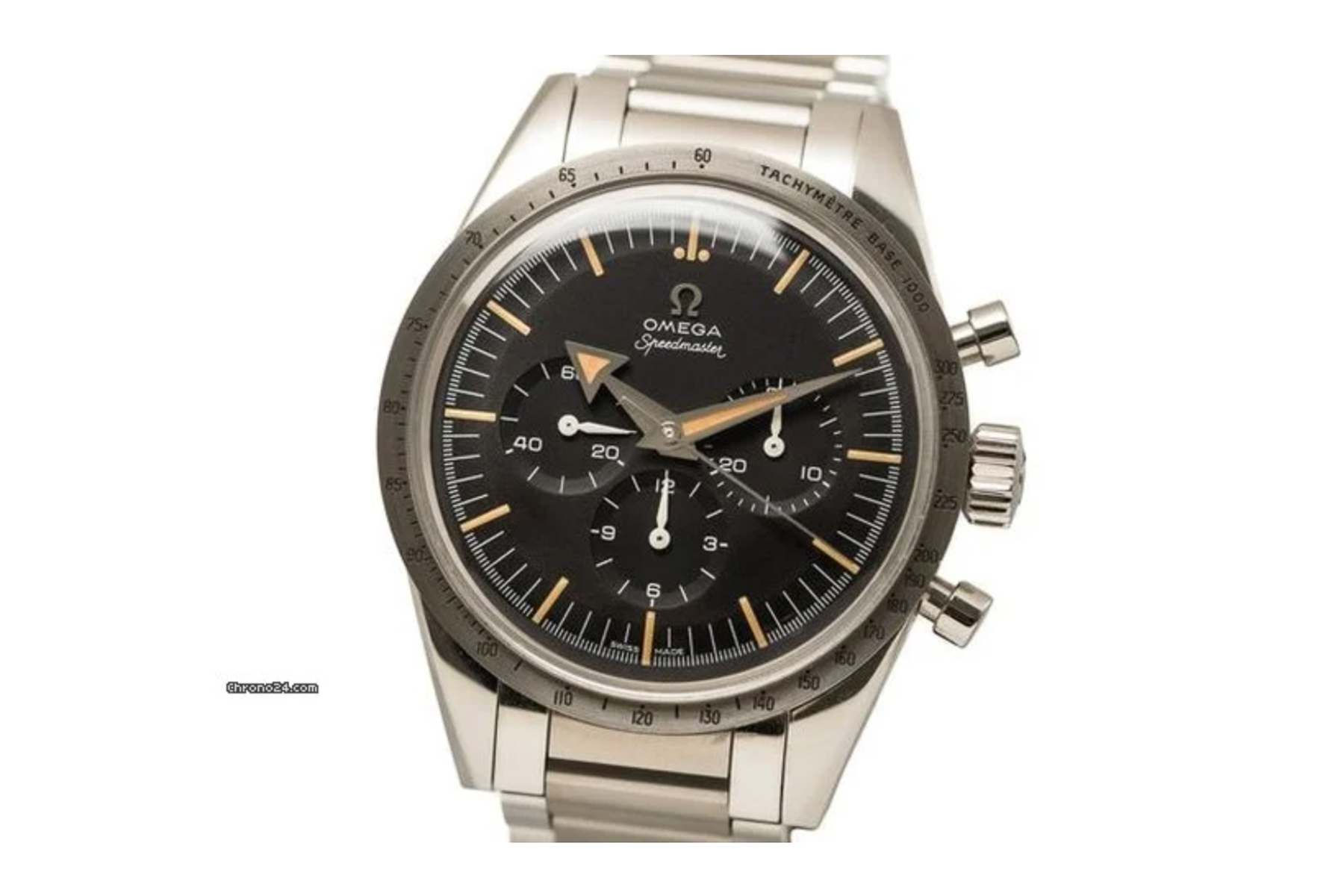 It’s incredible to think that 2017 was five(!!) years ago now! Wow! What’s amazing is that I can still remember walking into the Omega Baselworld booth as a team and taking our seats in the brightly lit conference room. We had a bit of warning that it would be a big year, and Omega certainly did not disappoint. The brand brought three visually identical re-creations of its first sports watches — the Seamaster, Railmaster, and Speedmaster. The Omega folks explained to us how they scanned cases from the original models in order to give collectors something truly faithful. I was in love with all of the models, but the Speedmaster 60th Anniversary was my favorite. Hey, I’m part of team Fratello!

The result of Omega’s attention to detail was a stunning ode to the first-ever Speedmaster, the 2915-1. Those watches were already six-figure items in 2017, so a faithful stand-in was more than welcome. Plus, the Speedmaster 60th Anniversary was built for people like me. It came with a 38.6mm steel case, a Hesalite crystal, and a manual-wind 1861 movement. The watch came with a NATO, a leather strap, and a nice (albeit a bit clunky) bracelet. It was packaged in a stunning red leather box that was lined with corduroy. 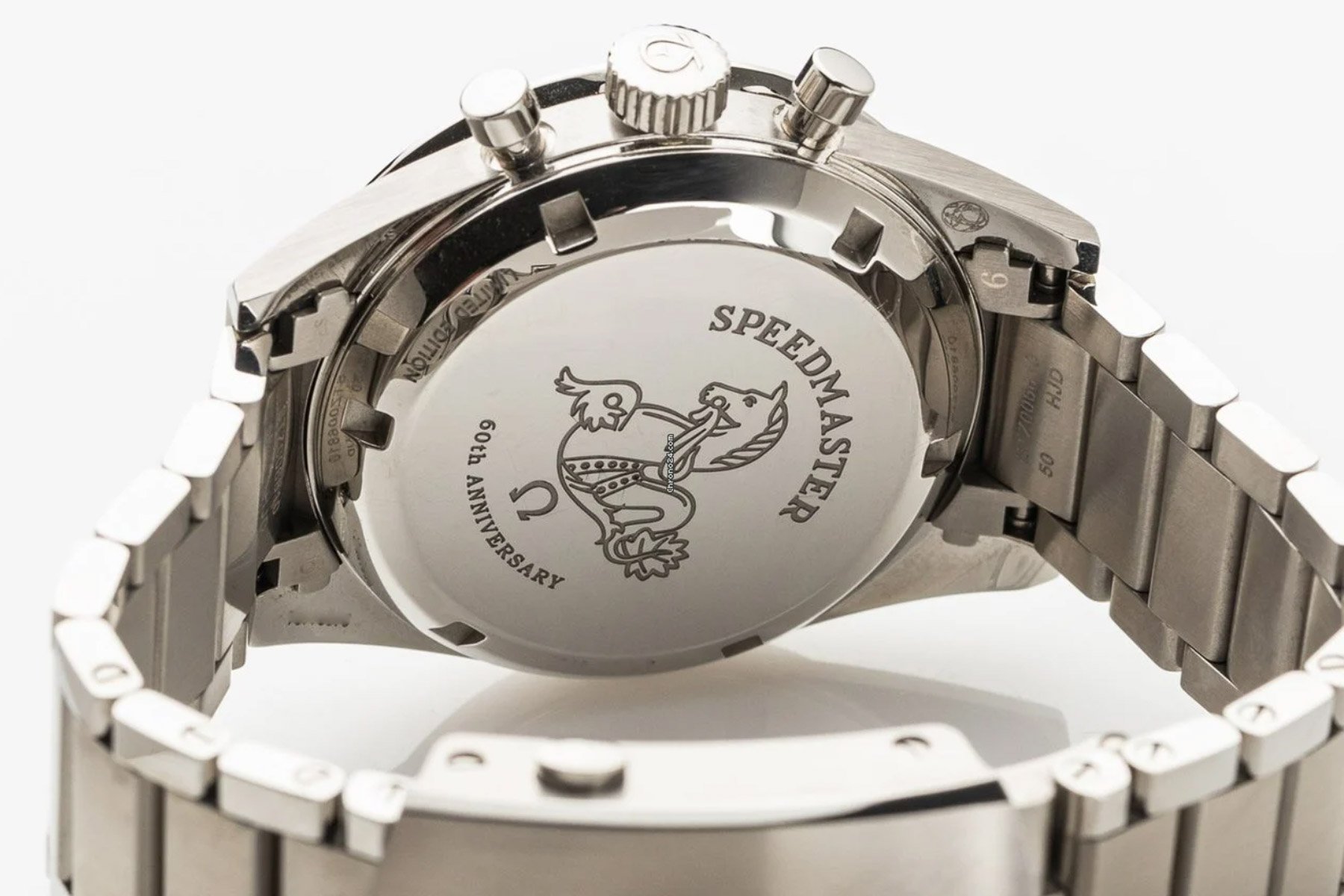 Omega made a lot of these

Needless to say, with such an attractive model, the Speedmaster 60th Anniversary was hot out of the gate. Later, though, things seemed to quiet down, and wildly, this model could be had for a discount versus its original CHF 6,700 price. Most people blame the relative lull on the fact that Omega made 3,557 of these watches (plus another 557 in a trilogy set). That’s a lot for a “limited” edition, but I happen to think this one has broader appeal compared to most of the Speedmaster LEs. 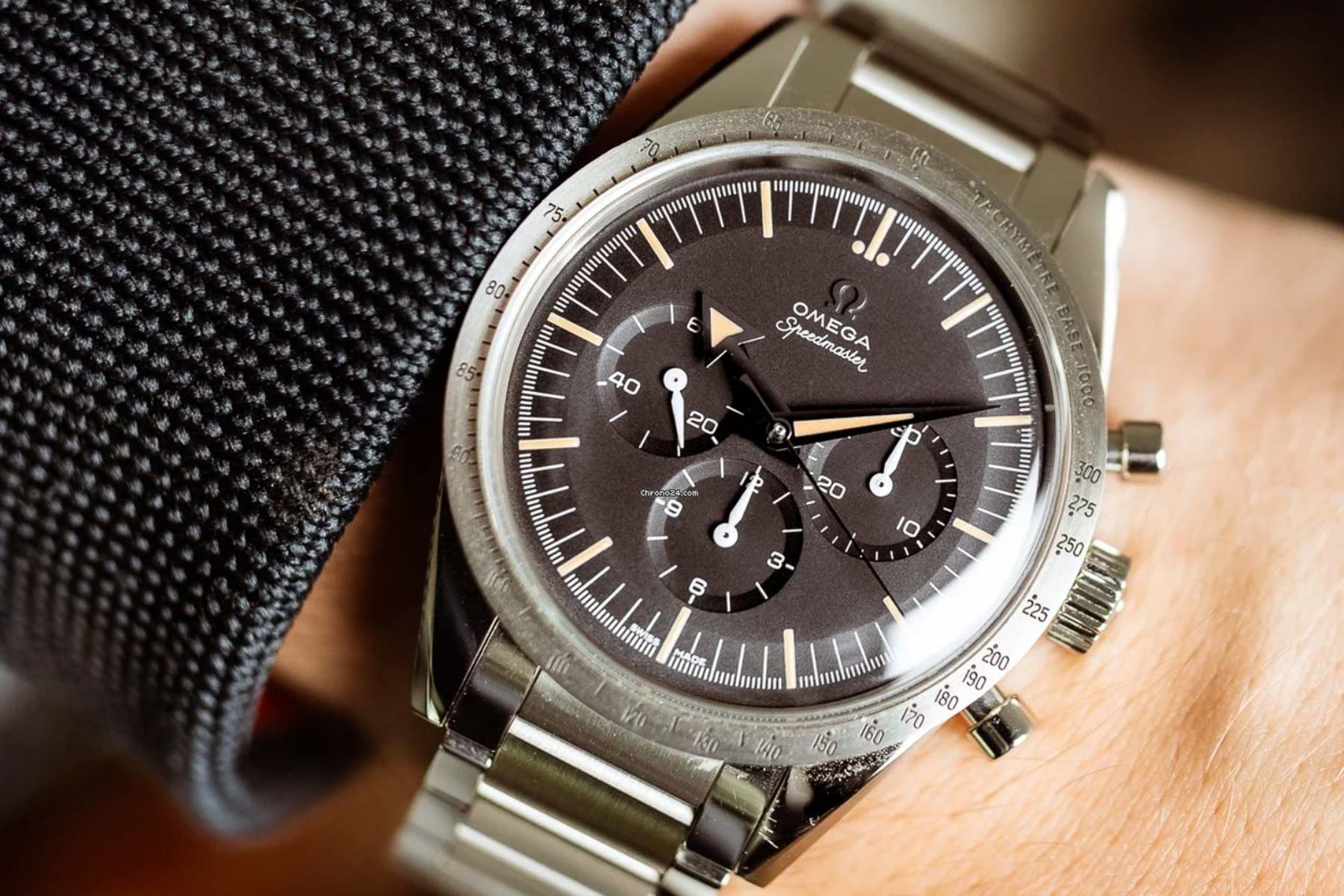 Putting this Speedmaster into context

When we consider yesterday’s 65th-anniversary piece for CHF 75,000, it’s hard not to draw visual comparisons to the Speedmaster 60th Anniversary model. Sure, the newest edition is made of precious metal, and it has an onyx dial and a luscious 321 caliber. But from arm’s length — and let’s be honest, that’s where most will view these watches — they’re awfully similar. Don’t take that as criticism against the fancier timepiece, but perhaps see today’s candidate as a value proposition. 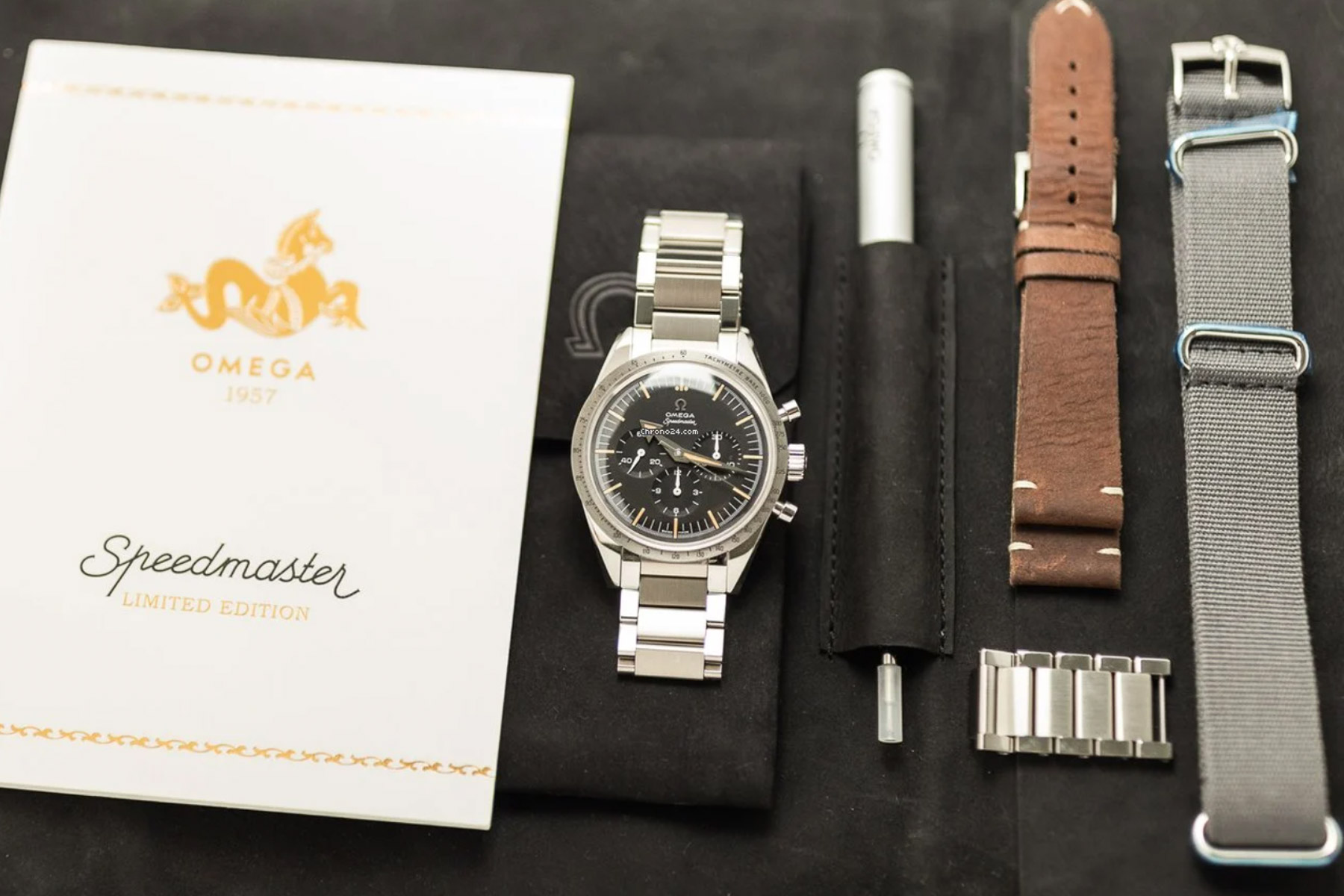 Today’s specific Speedmaster 60th Anniversary can be found on Chrono24. The watch and photos are owned by the likable Munich-based dealer Bachmann & Scher GmbH. They have a barely-worn example for sale with all the trimmings for €7,180. Remember what I mentioned about a bit of disinterest in these pieces? Well, those days seem to be in the past because prices are now safely above original retail. But don’t worry, there are still silver linings aplenty, as this is still around 10% of the price of the new 65th Anniversary edition. So now it’s time for you to weigh in on this Speedy. Five years later, is this watch finally coming into its own? Or does it need another anniversary to come along first?