Would you set sail with this sequel for €16,500?
Michael Stockton
comments 32
Share
Wrist Game
Crying Shame

All aboard for another voyage on the S.S. Wrist Game or Crying Shame. This week, we examine a watch that feels a bit polarizing to me: the Rolex Yacht-Master II. Before we leave for sea…

Marco! Polo! Marco! Polo! Ah, just kidding. Last week, I brought you back to the days of Studio 54 with the Piaget Polo. Folks, this equestrian-intended watch bracelet engaged in quite the horse race and it went down to the wire. Sadly, the Polo lost by a nose in a 51% Crying Shame result. Something tells me that today’s Rolex Yacht-Master II will finish far more decisively. Let’s see which direction. 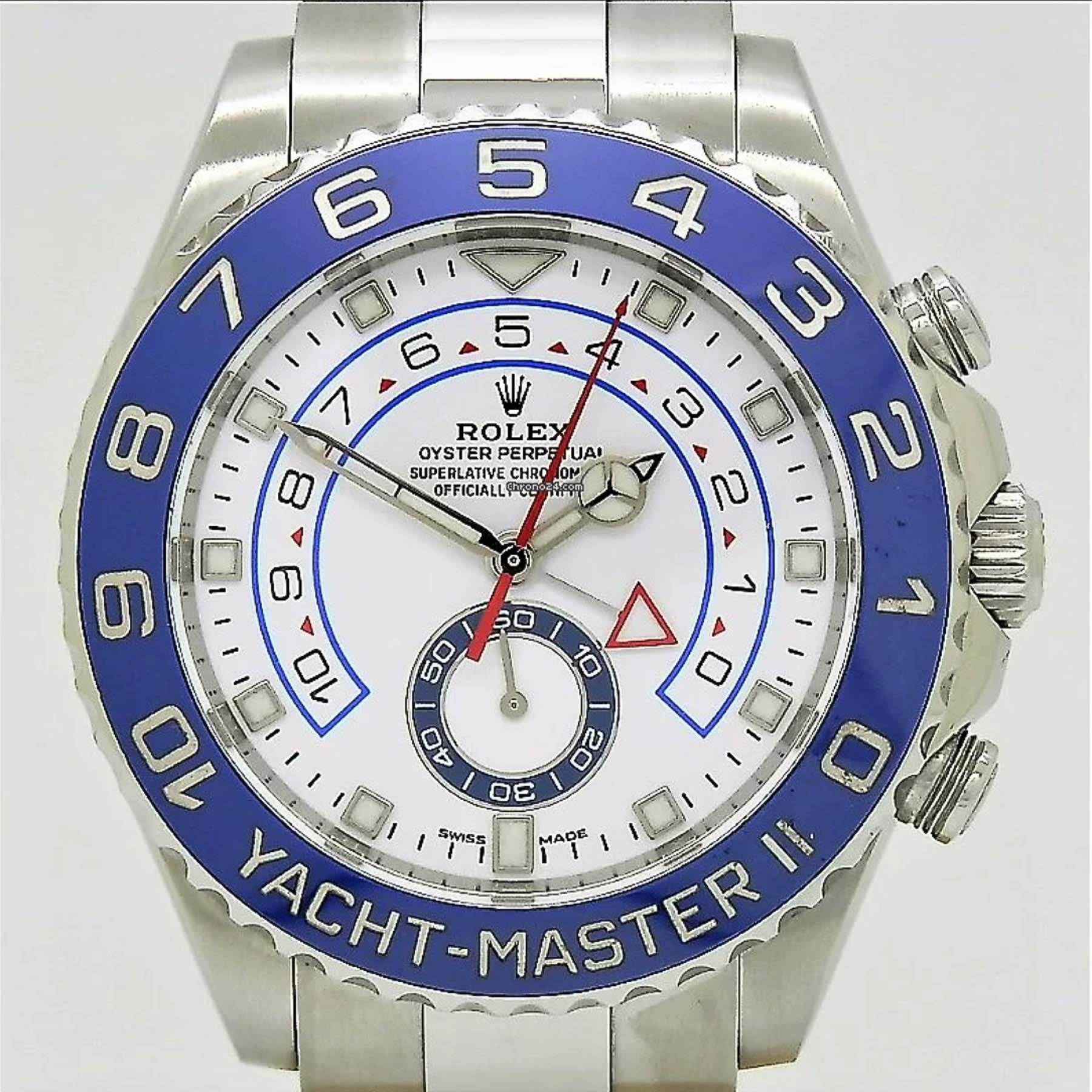 The Rolex Yacht-Master II left the boatyard way back in 2007 and has motored on under its own power largely unchanged since then. Actually, the watch received a minor update back in 2017 including some minor dial index changes and the familiar Mercedes hour hand. All else remained the same and that means a whopper of a 44mm case and the relatively complex 4161 automatic chronograph movement. Now, this watch was a big deal when it came out because that 4161 brought some pretty nifty functionality along with it. 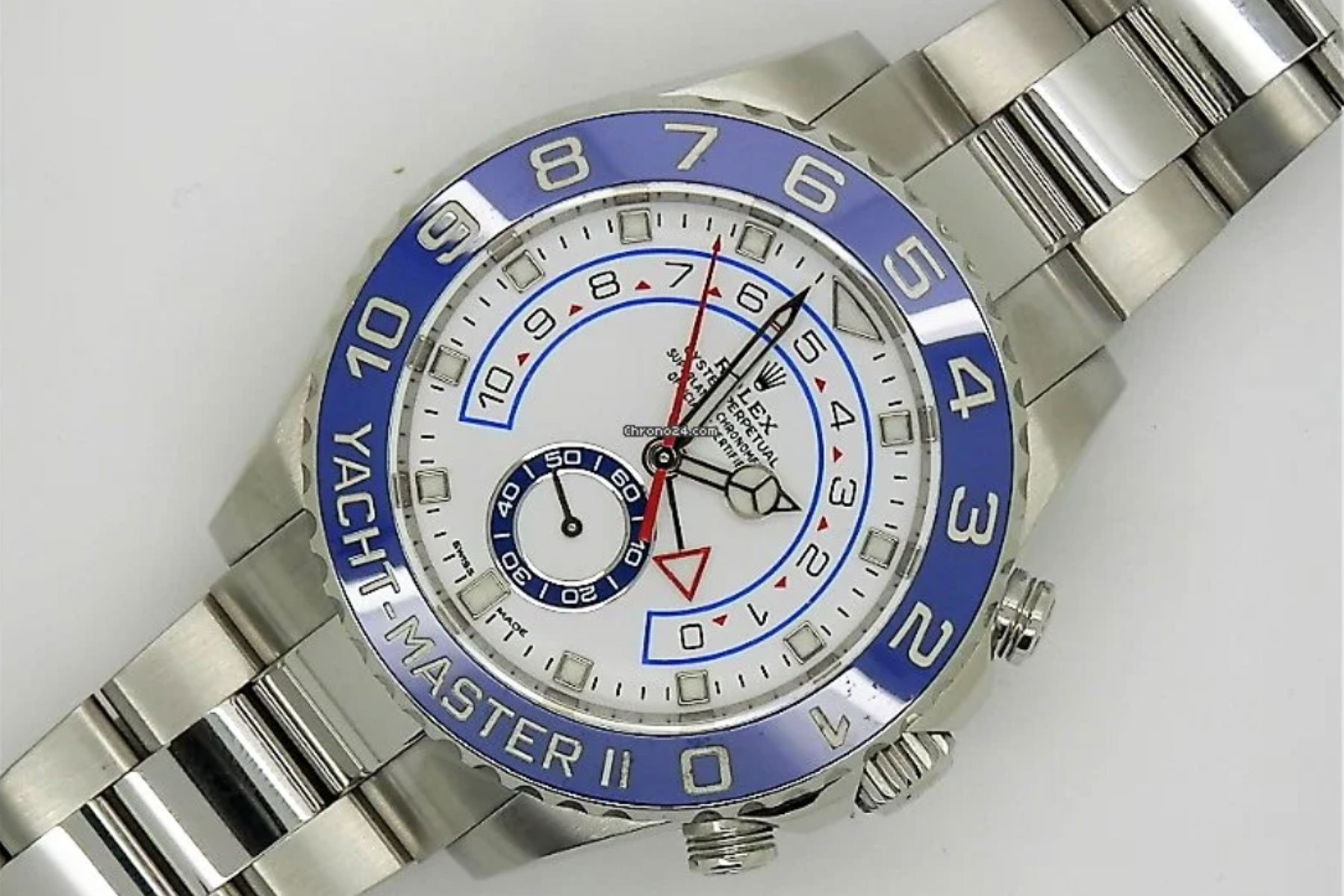 Unlike the normal Yacht-Master, which is hardly complicated, the Yacht-Master II claims to have a mechanical memory. That makes this watch something like a Jules Verne automaton! You see, that loud and proud bezel is actually connected to the movement and by turning it, it actually controls how the pushers can be used. I sort of get it, but I know so little about sailing and regattas, that I’ll simply refer you to the actual instructions.

Fun fact: my only sailing adventure was in a Sunfish at age 12 and we ended up in a Key Largo bay on some rocks. One of us had to swim, climb a seawall, scale a fence, talk to a security guard, and call the sea camp to come to get us. Memories… What I do know is that boats don’t stop so well. The Yacht-Master II has functionality that allows the user to compensate for this. The critical topic in a regatta, apparently, is to cross the starting line as close as possible to the start gun. See, just when you’re angry at Rolex and their witchy distribution, they’ve got your back with such utility. On a multi-million Euro sailboat that is… 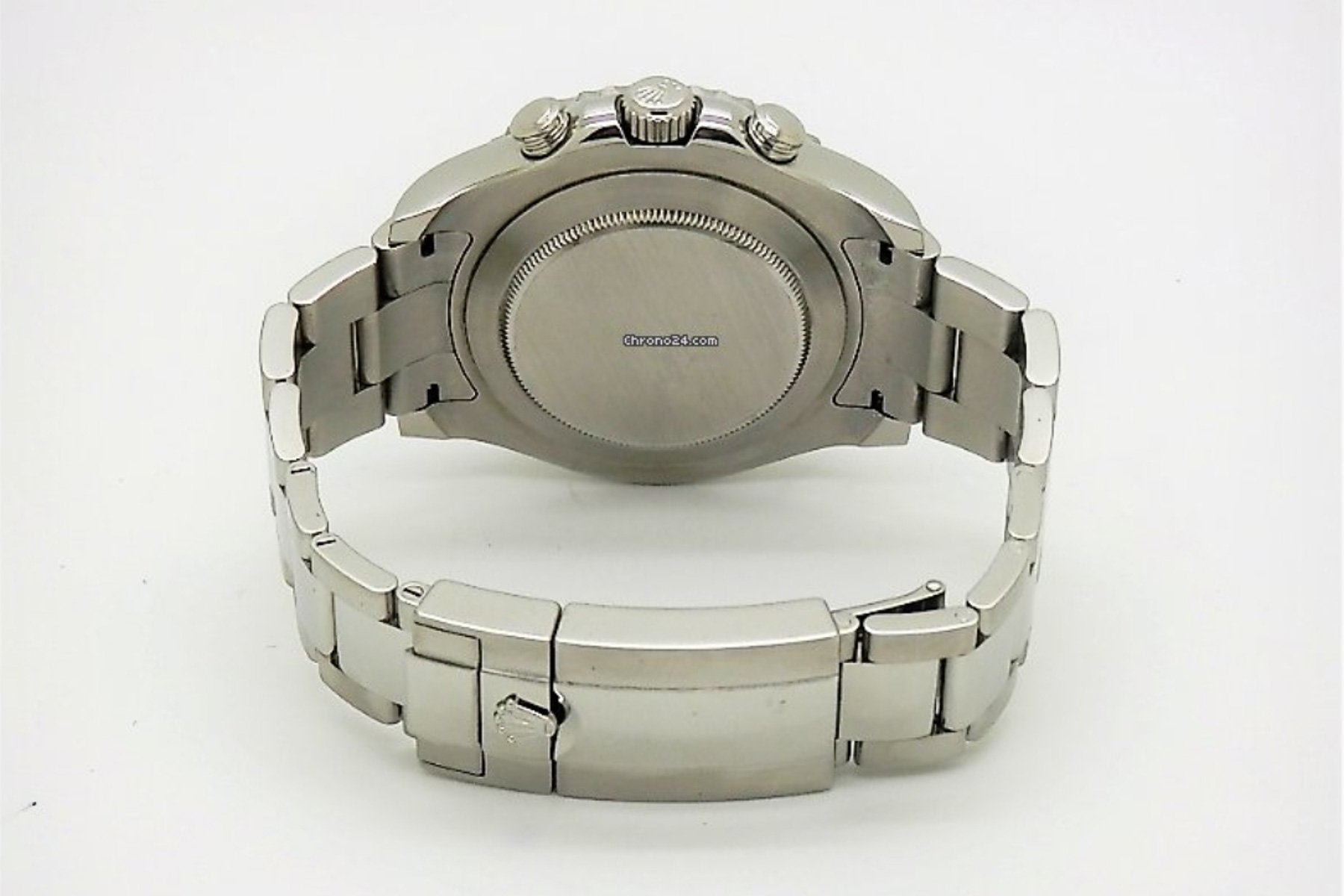 Is anyone using these?

Let’s be honest, I’d bet that fewer people actually sail with their Yacht-Master II watches than those who dive with their Subs. That’s ok because, seriously, we’re all guilty of over-speccing our watches. So, what about the looks of this big honking Rolex? Well, this is where I’ve always struggled. You see, that bezel is numbered from one to ten, and that left a huge space around 6:00. The normally conservative brand pulled a proper 180 and decided to emblazon said bezel with the model name. Now, I’ll be pleasant and just state that I find this a tad bit garish. Oh, heck with it, this is cartoonish, way too showy, and borders on cheesy. Just imagine if your favorite watch had the name printed in a massive font on the bezel. I shudder!

The rest of the watch isn’t so bad in my view. It’s colorful, detailed, and very different for Rolex. So, for all you haters, this isn’t your typical offering. It is quite busy, but this watch has a rather complex job. Now, I recall seeing this watch at my local El Paso AD back in 2007 and I recoiled! I’ve kept those feelings (and required seasickness pills if a chance sighting was in the cards) until very recently. So, what happened? 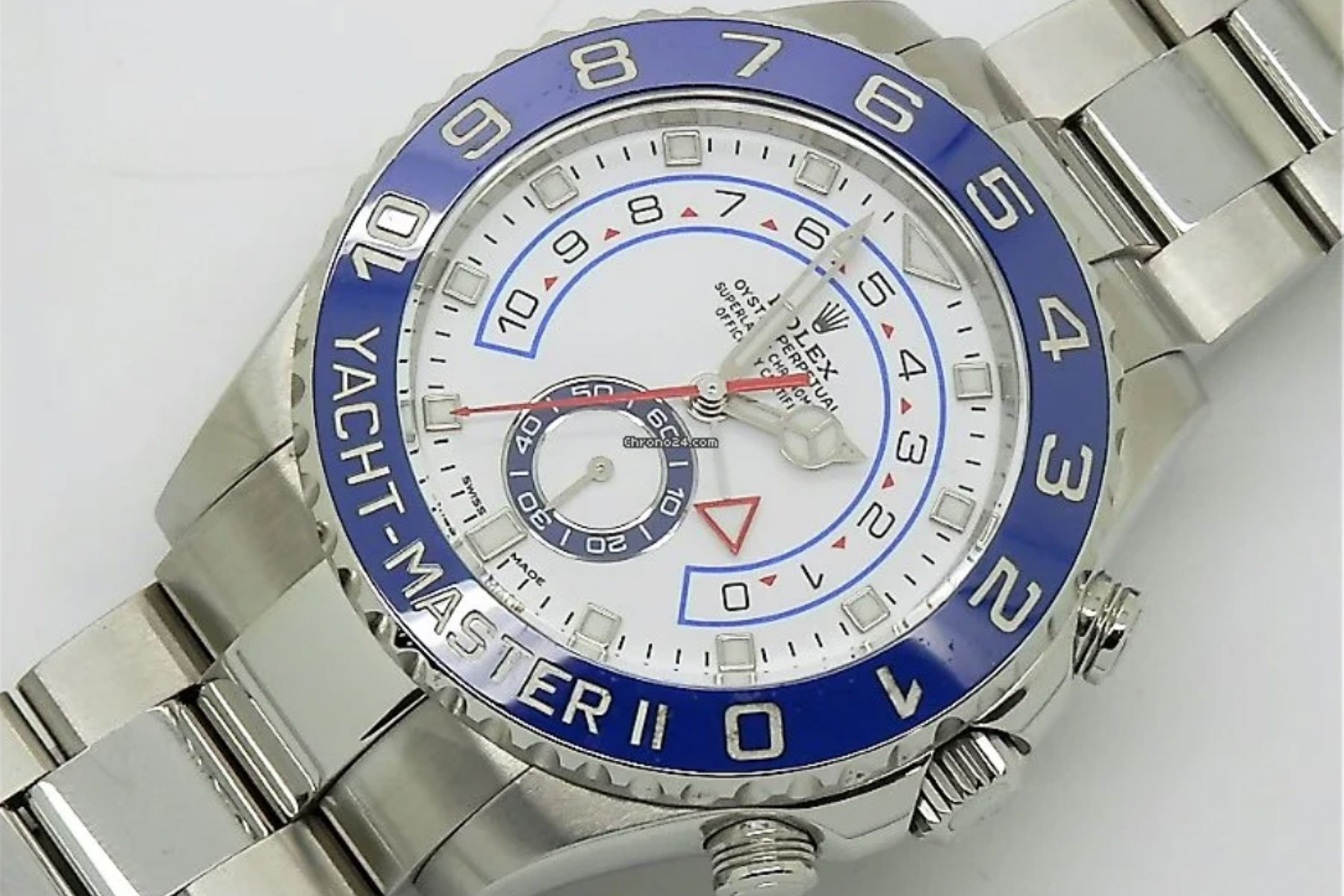 Changing my tune a bit

I mentioned that I recently spent some time in my hometown in South Florida. While there, I enjoyed the occasional cold beer and some seafood at some local shanties. Of course, I was on wrist check duty, and on one such day, I spotted a person wearing shorts, a t-shirt, flip flops, and a steel Yacht-Master II. He was seriously casual and had the slightly grizzled (pre-cancerous) skin of a person who spends a lot of time in the sun. The guy wasn’t alone and it looked like he was with his fellow charter crew buddies. Now, none of this at all really ties to this watch’s functionality. But — in that time and place, the watch simply looked at home and it made me change my tune a bit.

Now, I’ll never own a Yacht-Master II. First, it’s way too big for me even though I applaud Rolex for keeping the thickness down to 14mm. Second, I just don’t like it enough to drop this much coin. All that being said, this is one steel sporty Rolex that doesn’t really sell for above the retail price of €17,450. I have no clue how difficult it is to find at an AD, but you can buy it used for a discount. 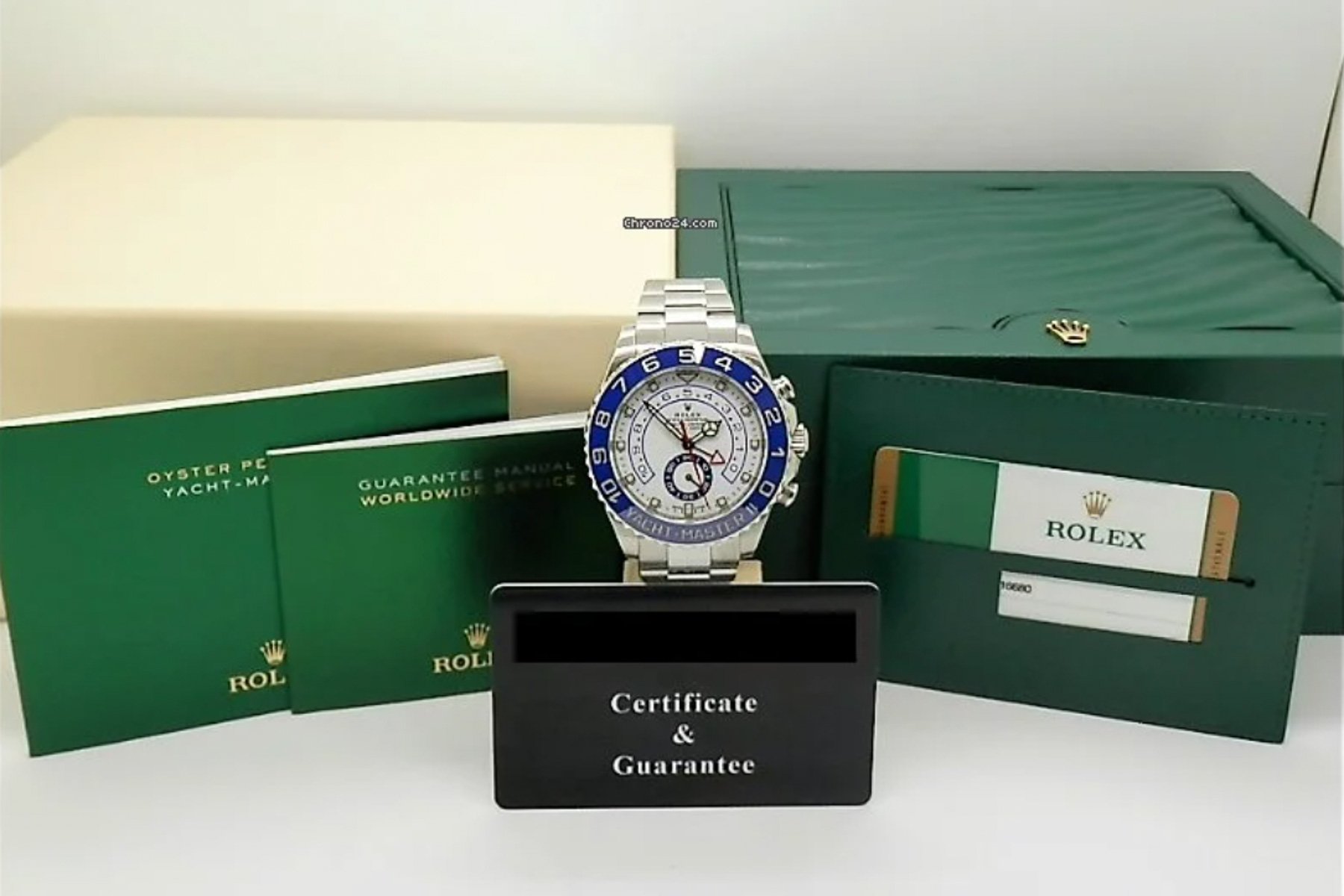 Today’s Rolex Yacht-Master II looks like a nice piece. I found it on Chrono24 and the watch and pics belong to the Barcelona-based seller, WatchesGMT-Barcelona. It’s a 2017 model and that means that it has the updates. It also comes with box and papers. For €16,500, it isn’t the least expensive steel Yacht-Master II for sale, but the condition looks to be on point. Now, it’s up to you. Is this Rolex destined for fair seas or rough waters? Place your vote and feel free to comment!