Start your engines, folks, because it’s time for Wrist Game or Crying Shame! This week, we fire up the TAG Heuer Carrera 1964 from back in 1996. Let’s see if it will hoist champagne on the podium or go out in a DNF. Before we go there…

Last week, we discussed a watch that supports racing of a different kind. The Rolex Yacht-Master II was intended for sailboat racing and it seems that that small crowd was the only group who voted for this watch. As a result, this one capsized with a 73% Crying Shame loss! This week’s watch is far more of a classic, but it is a modern reissue of sorts. Let’s see what you think about the TAG Heuer Carrera 1964. 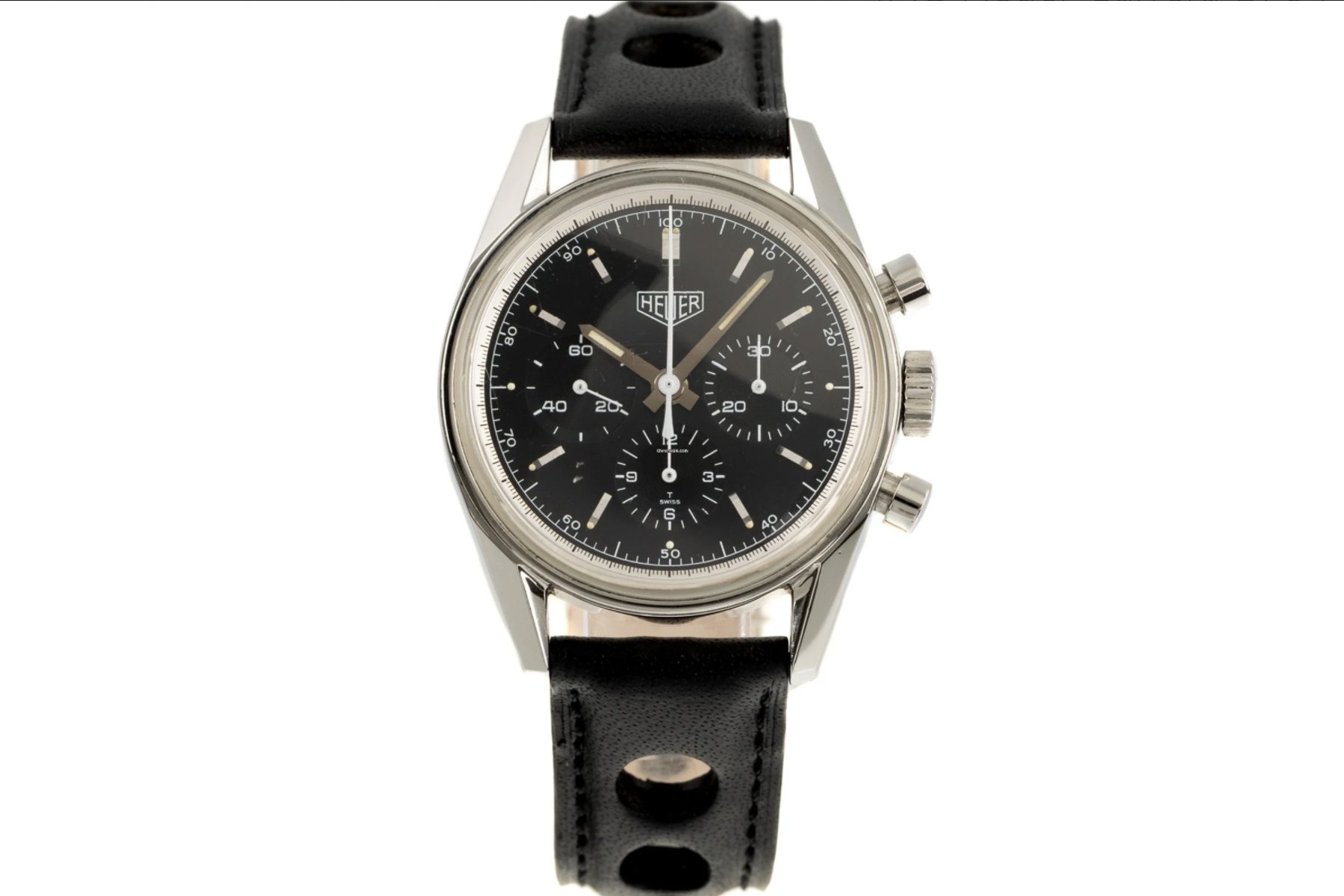 We’ve often written about how TAG Heuer has continued its evolution since the early days when it was simply known as Heuer. Everything from ownership changes to varying market preference have all had an effect on the brand. Still, no matter what changes, TAG always has an eye on its past. Today’s TAG Heuer Carrera 1964, ironically, is one of the company’s first attempts at retro and some might say that, 25 years later, it’s still the best. 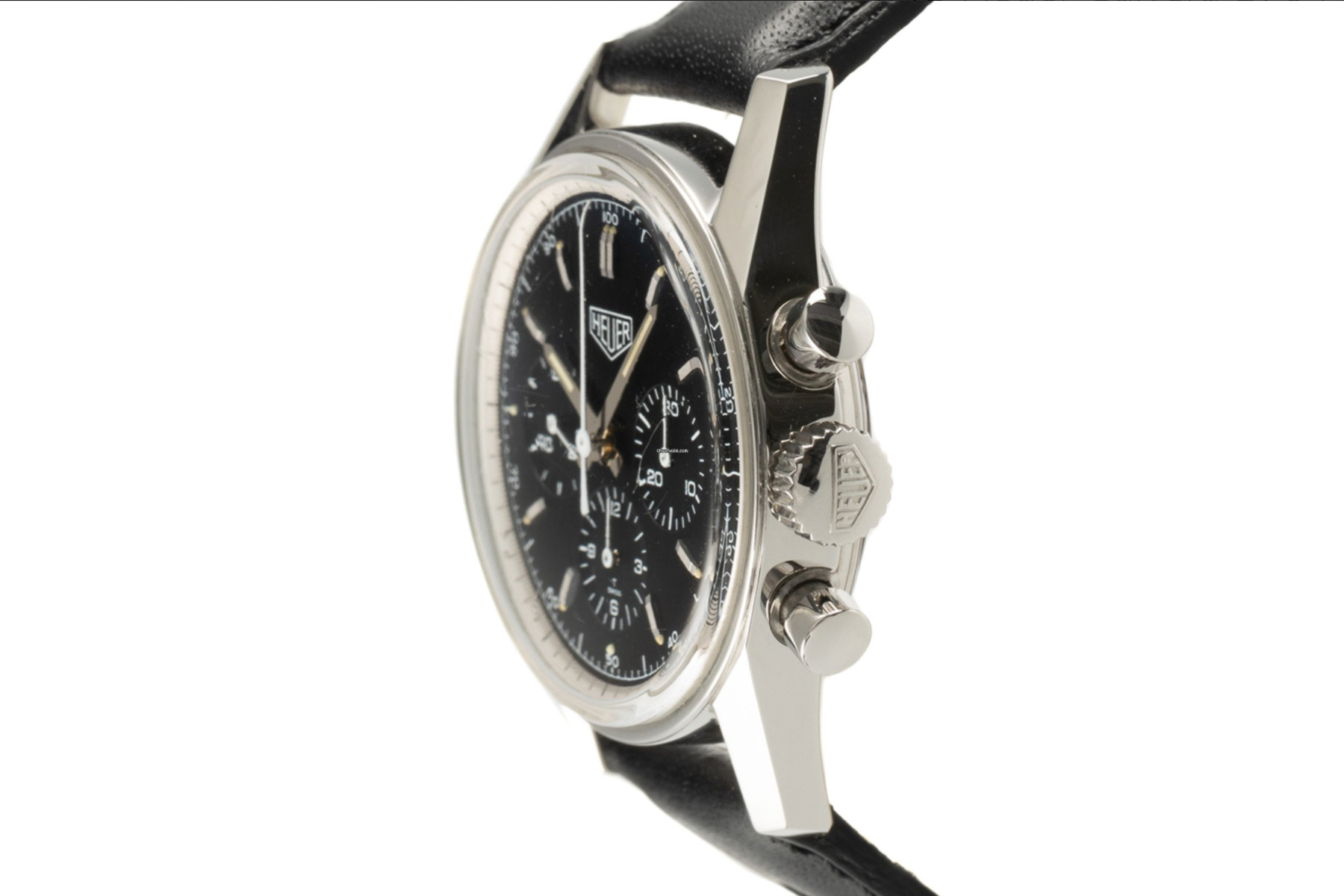 A touch of history on the TAG Heuer Carrera 1964

As this highly informative article tells us, the Carrera line went away sometime during the mid-’80s. It seems that it was no longer representative of whatever the market wanted. Admittedly, though, by this time, the Carrera was far removed from its simpler ’60s self. As the article tells us, though, things changed ten years later. In conjunction with yet another ownership change/cash-raising strategy, TAG decided it would be a good time to reissue the chronograph that started it all. Thus, the TAG Heuer Carrera 1964 was born. 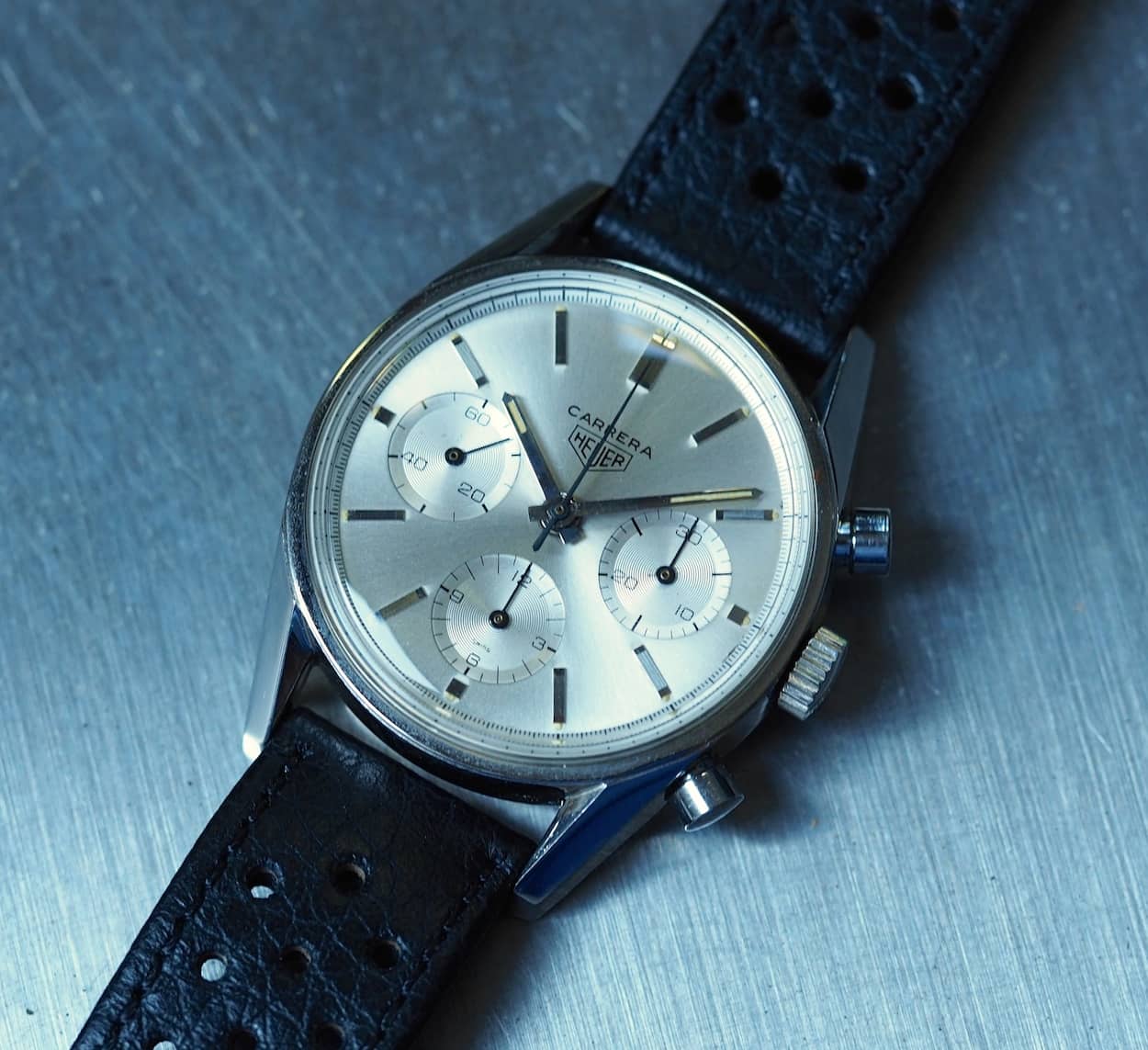 The original Heuer Carrera 2447 (as seen above) is, in my mind, the most beautiful “sports” chronograph ever made. Now, don’t confuse that with it being my favorite, but I find it particularly elegant and remarkably clean. Special kudos go out to the earliest models in eggshell, silver, or black because they lack even the fussiness of an internal tachymeter scale. 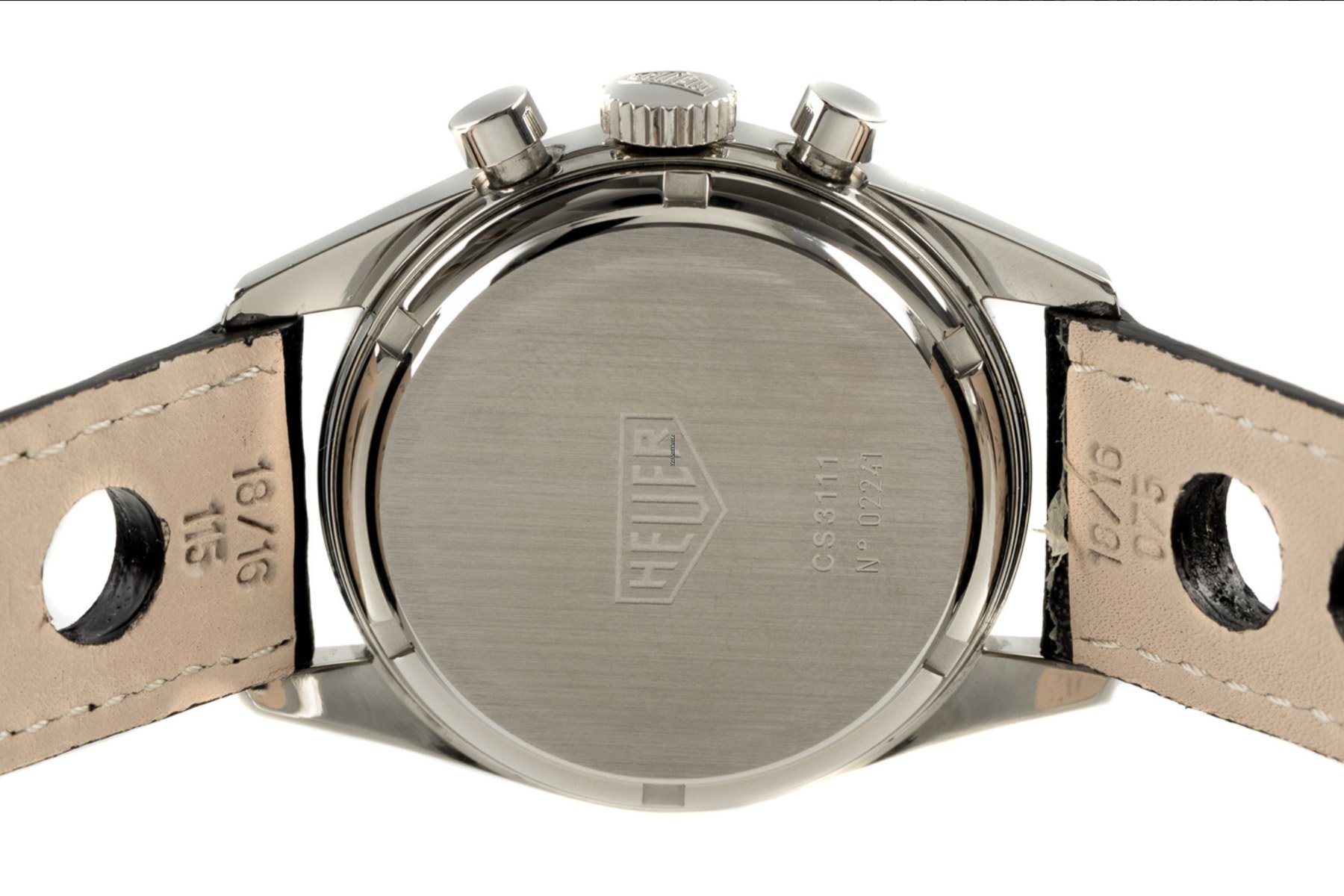 Unfortunately, the TAG Heuer Carrera 1964 brings more detail to the party, but that’s not a huge issue. The real positive is that TAG kept so darn much from the original otherwise. This means that the 36mm case with those wonderful lugs makes the cut along with a screw-in case back, acrylic crystal, and large “Heuer” signed crown. The dial is also a dead ringer for the vintage model aside from the odd fact that the word “Carrera” is nowhere to be found.

The TAG Heuer Carrera 1964 came in three flavors at first. There was a silver-dialed CS3110 with a blue decimal track, a black-dialed CS3111 with a white decimal track, and a lovely 18K CS3140. All came on leather straps, but it was the black model that brought the famous racing strap. The original Carrera used the lovely Valjoux 72, but these were long gone well before 1996. Instead, TAG Heuer used the tried and true Lemania 1873 manual wind movement. If you’re wondering, yes, this movement is in the same family as what we find inside the Moonwatch. 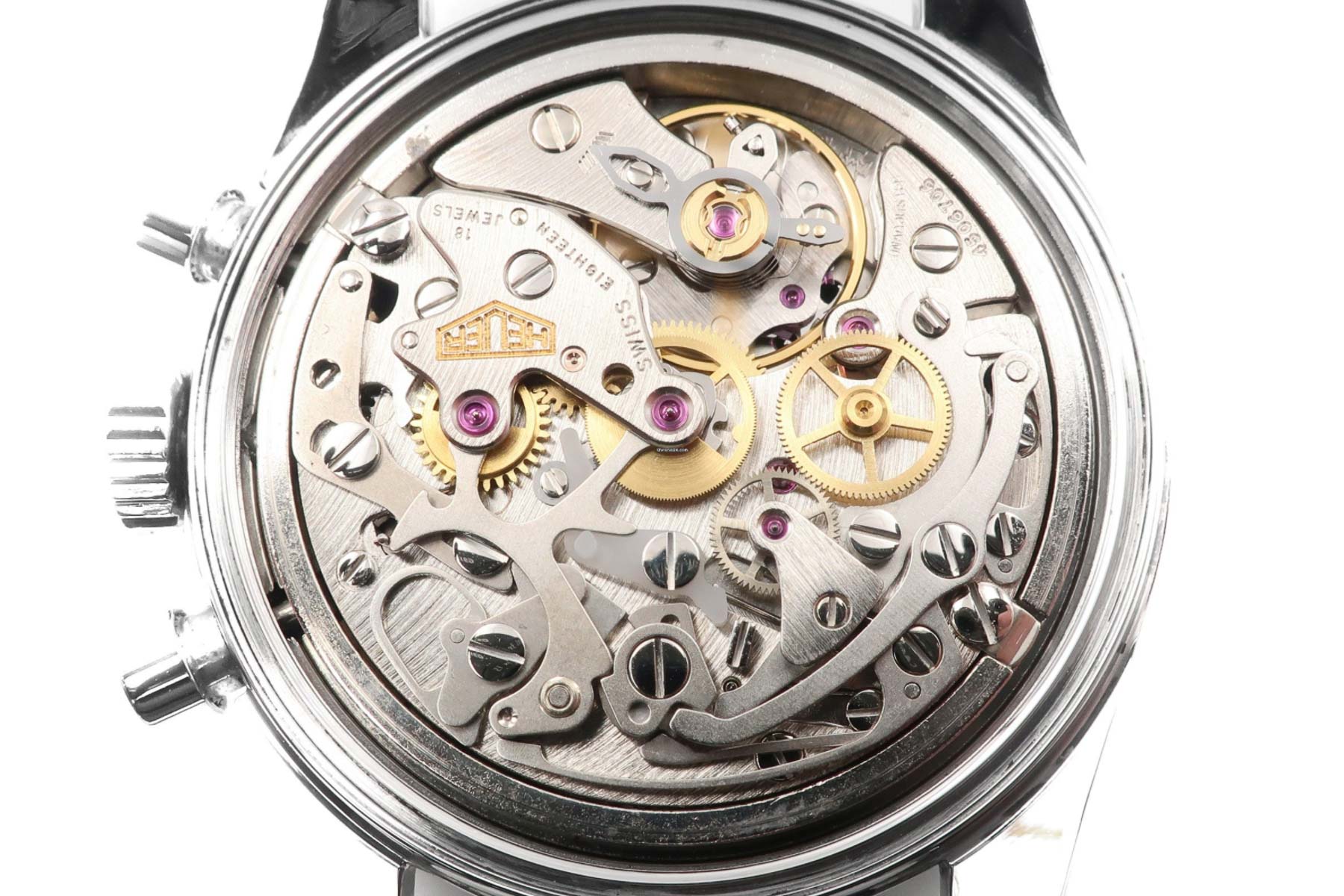 A little run-in with this Carrera

I guess it was around 1996 and I must have been home for the Summer from school. One Saturday, I ventured to the Bal Harbor Shops in Miami with my parents and sister for lunch and a bit of a browse. If you’ve ever visited this mall, a browse is already expensive enough! At that time, Tourneau had a nice spot at one end near a department store and I took a look. I remember asking the salesperson to take out the black TAG Heuer Carrera 1964 and I was really impressed. Unfortunately, I didn’t have the $2,800 or so to take it home. 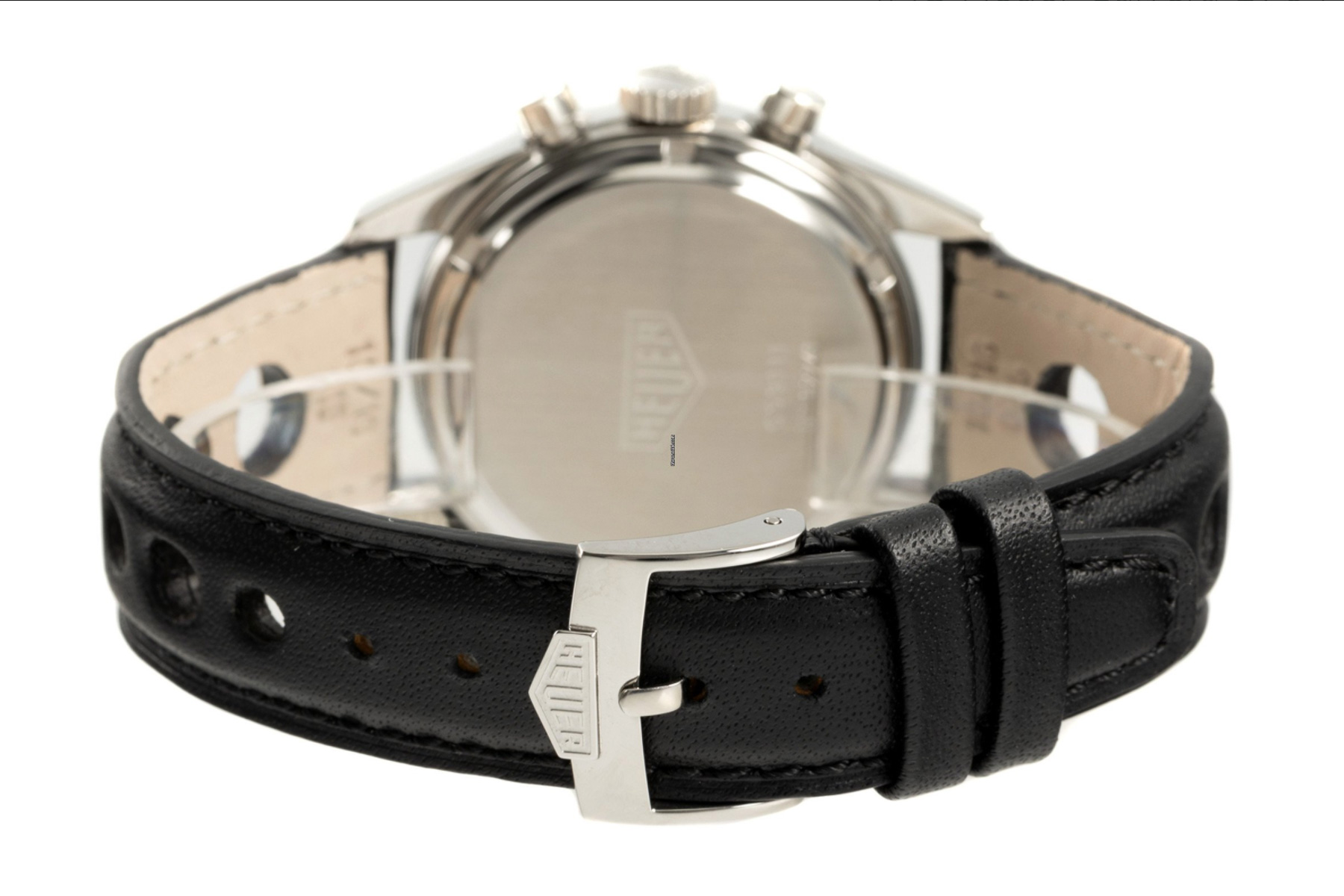 These TAG Heuer Carrera 1964 reissues wallowed in the $2K (or less) realm for a really long time. I find that odd because well-made reissues these days seem to garner a pretty penny. Plus, owners really seem to like these. Like I said, they wear beautifully and the long lugs help make up for the smallish case. Time has passed and the positivity around these watches has resulted in much higher prices these days. Frankly, I was surprised, but it also seems that the original Carrera has risen as well. 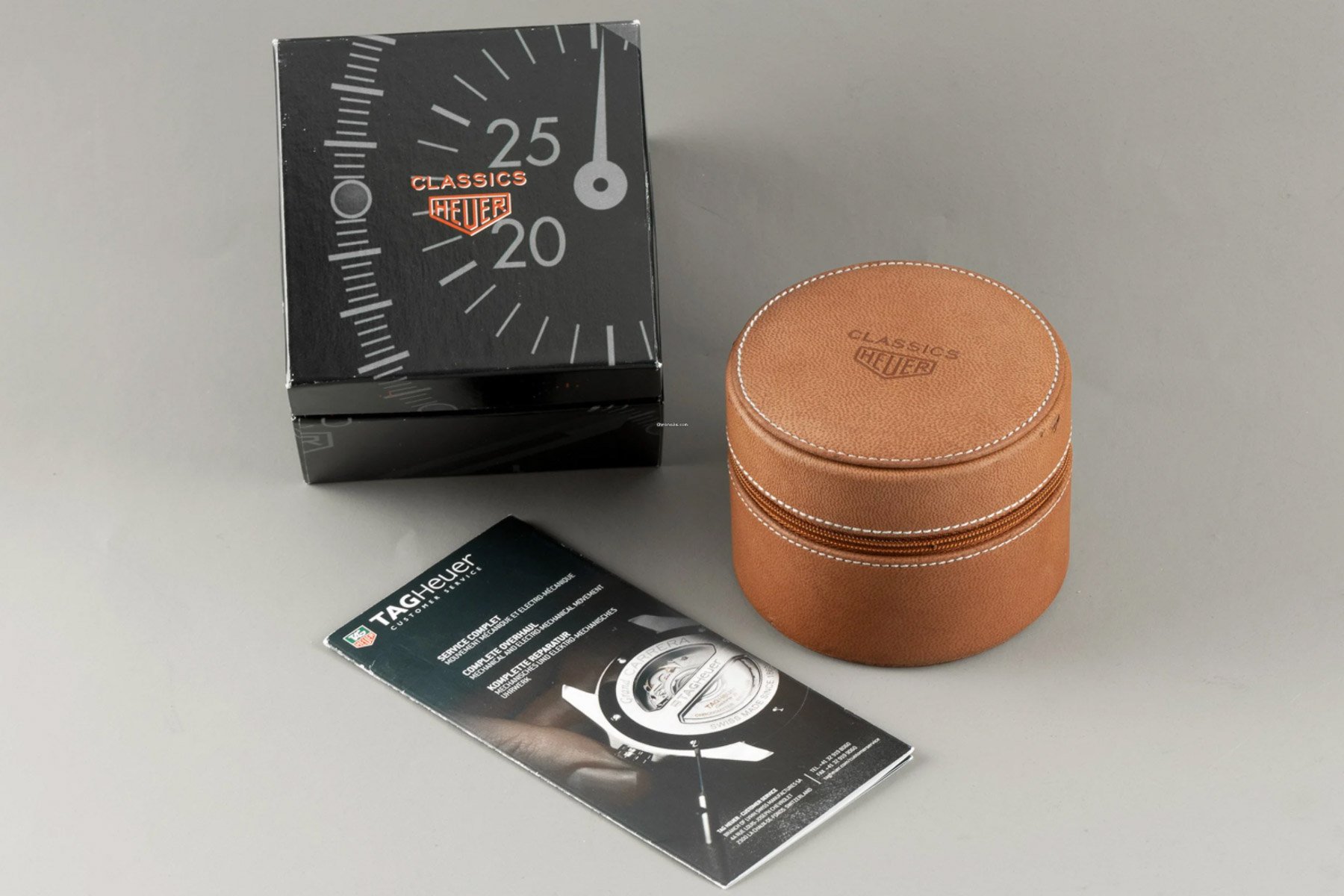 The TAG Heuer Carrera 1964 CS3111 I found is not the least expensive example for sale. At €5,200, this watch sits on and is being sold by Chrono24. It comes with its original box, no papers, and I believe a non-original strap. The Heuer buckle is there, though. Overall, the condition looks great and I think it would prove rewarding to wear. The question, as always, is what you think. Does this reissued Carrera get your pulse racing or are your emotions stuck in neutral?