We are approaching the end of a very awkward year, to say the least. No (Speedy Tuesday) events, no traveling, and no proper GTGs could be organized. Instead, we’ve been hosting a series of Speedmaster Stories from our readers and Speedmaster enthusiasts. This week, we feature TJ’s story about his Omega Speedmaster 3590.50.

In his story, TJ talks about his youth and his first encounter with a Speedmaster. Only years later, he actually purchased his own Speedmaster Professional. It is interesting to read how he deals with the fact that the watch has received some replacement parts over the years during the mandatory services and repairs. Sure, it has a negative effect on the resale value of the watch, but if you’re going to wear or keep it anyway, it better is in 100% technical condition than it would have been otherwise. 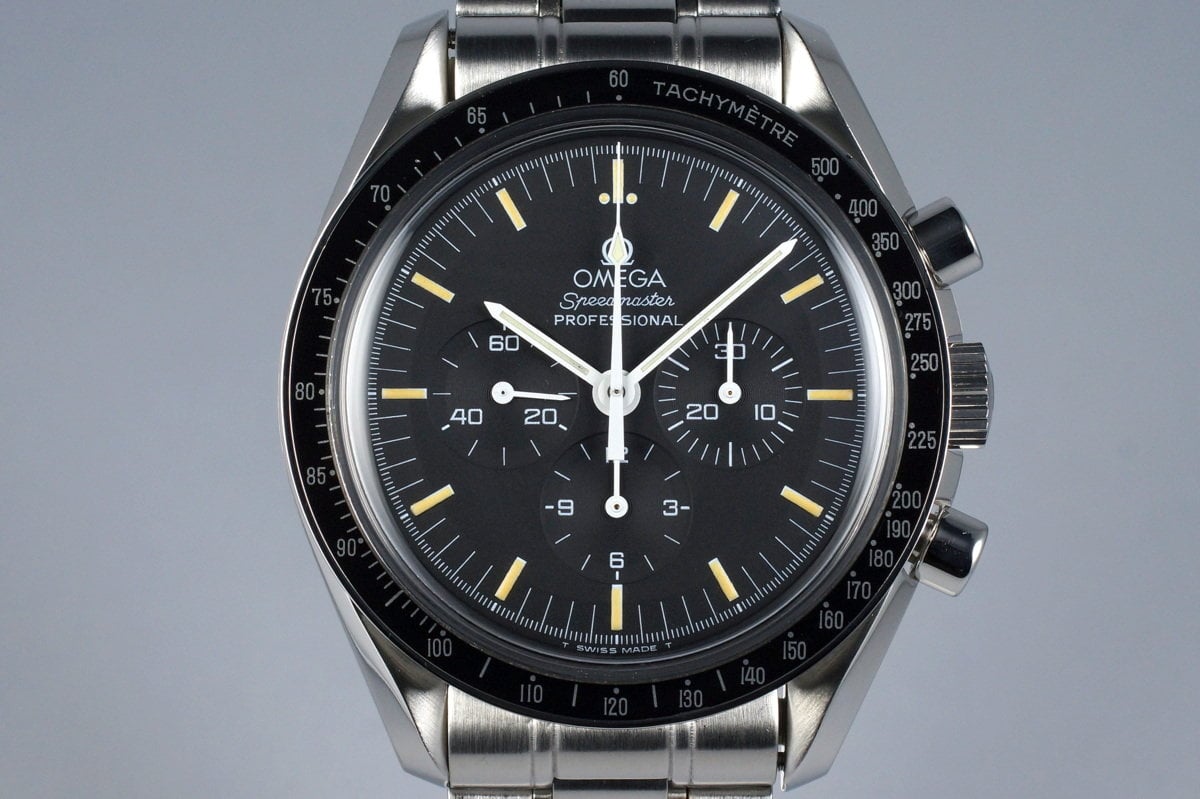 TJ: As a boy, I cared about watches more than most of my peers. Growing up in Cupertino, California in the ’70s, just down the road from Apple Computer, technology was omnipresent in my life, and so the first watch I chose for myself was a digital Casio. It wasn’t stylish or cool, but it had the promise of technology. When I started caring about fashion things changed.

I don’t recall where I saw it for the first time but when I was 15 I decided that the Gruen Curvex was the most beautiful watch I’d ever seen. In 1982 my mother took me up to a jewelry store in San Francisco and bought one for me for my 16th birthday. I wore that watch with a lot of pride, feeling like the suavest kid in my high school. It didn’t even matter it had a quartz movement. When my mother’s little dachshund ate the strap, I replaced it with an alligator version that I bought at the Polo Store. 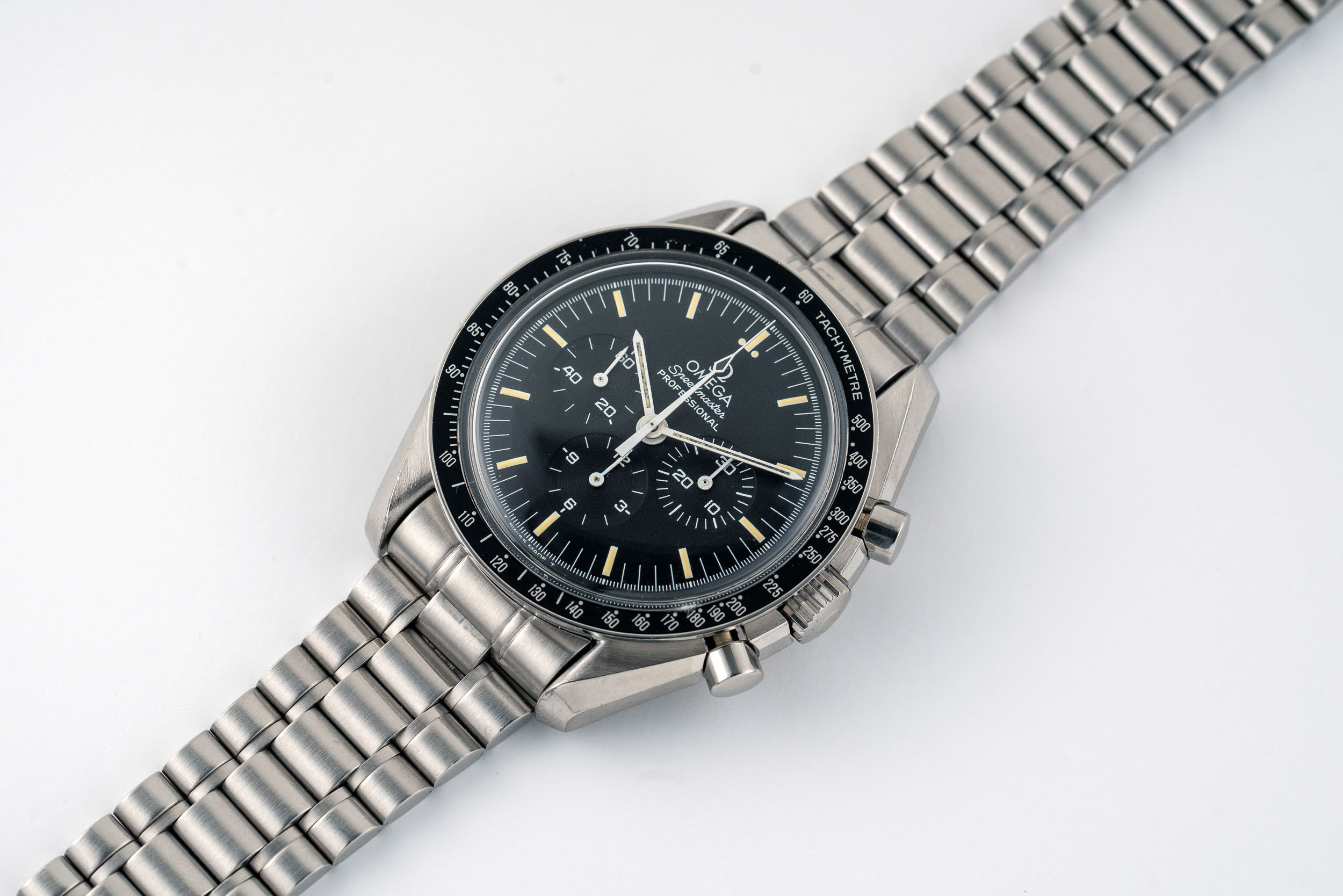 The Curvex remained in my dresser drawer as my college years were spent tending bar and earning a Private Pilot rating. More often than not, my left wrist was adorned with a black plastic Casio of some sort. I didn’t pay much attention to watches over those years. As a pilot, all I knew about were watches with altimeters in them. It was serious aviator gear for sure, but not really cool.

Then during spring break one year, my best friend came home from UC Santa Barbara with a watch that made an impact on me in a way that no other watch had before. I said, “that watch is SO beautiful, what is it!?” “It’s a Speedmaster,” he replied, nonchalantly. Uneducated as I was, I did not see the individual characteristics of the watch, its design, form, and function, but the sum of all of those components did make a strong impression. To me, it was elegant and purposeful, and perfect.

After graduating from college, I took a sales job for an internet software company. I stopped driving my 1965 MGB to the office. I didn’t sell the old British roadster but my daily driver was now a BMW. The lucrative nature of my job allowed me to indulge in more tasteful clothes, as did my desire to put an appropriate timepiece on my wrist. I remembered having read a piece in a magazine about how a gentleman should dress. The most memorable point was that a gentleman does not wear a plastic watch with a suit. And then I remembered Jimmy’s Speedmaster. 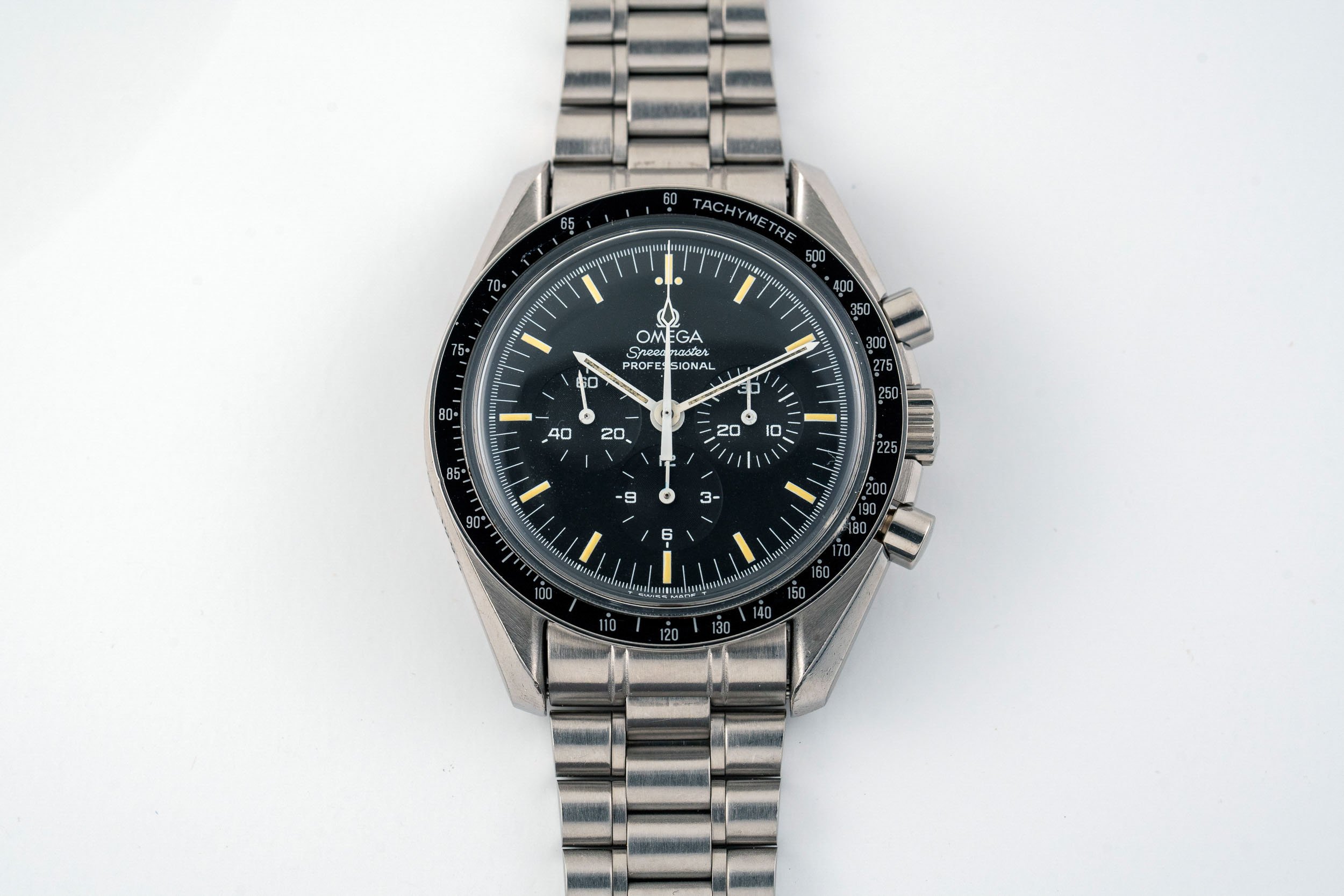 In 1992, with some of the proceeds from my next commission check, I drove to a local Omega dealer and bought a Speedmaster 3590.50 on the spot. I did no research, knew nothing about the version, its movement, or anything about the watch other than the fact that it was a derivation of the first and only watch suitable for manned space flight.

For almost two decades it was the only watch I wore, and I wore it daily. As an avid collector of vintage motorcycles and cars, I didn’t have the energy (or disposable income) to build a watch collection and thus didn’t pay much attention to them. My wife gave me a Pepsi GMT Master-II, and I acquired a Heuer Carrera Panamericana Edition, but my watch collection remained small, and always anchored by the Speedmaster 3590.50.

After years of wearing it with the original stainless bracelet, I decided to wear it on a black leather strap made by Hirsch. The watch was serviced several times over the decades, but a few years back it stopped working. The local Omega dealer sent it to the Omega Service Center in Southern California with the verdict that in addition to a few internal failures, the case was corroded and would need to be replaced.

I was certainly not willing to accept the dealer’s offer of a trade on a new Speedmaster. As such, I decided to go ahead with the full service. I requested that the original case be returned to me. However, I was disappointed when in addition to the case and case back coming back, so too did the hands and crown! I’m still not an expert watch observer/collector, but I know originality matters, and I love patina. The watch has changed a lot in the nearly 30 years that I’ve owned it, but then so have I, and regardless of the fact that it’s got some new parts, it still has the same heart and soul and remains my favorite watch in my collection. 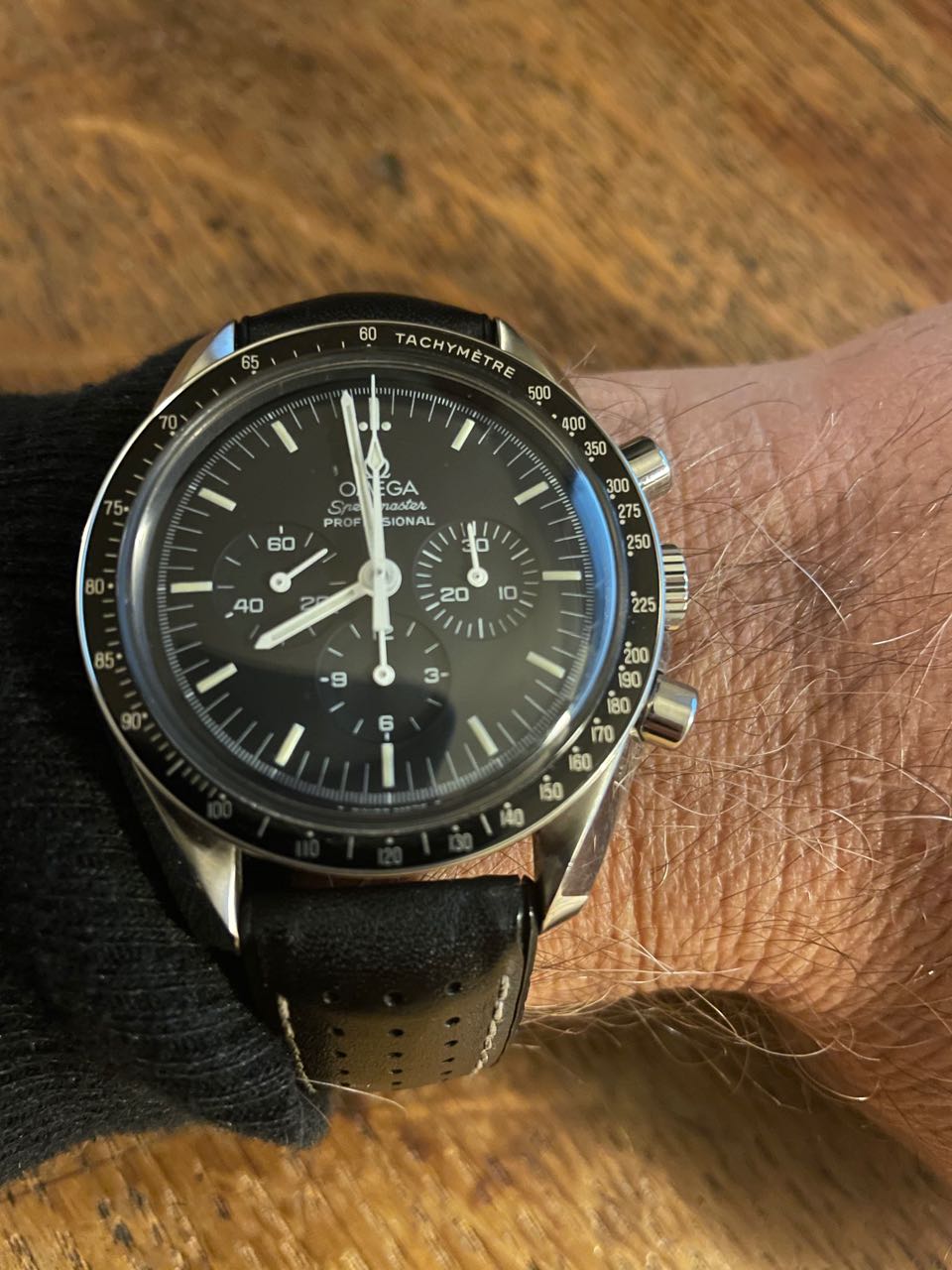 I’ve added a few more watches to my collection. A Chopard Mille Miglia GMT/Chrono and a couple of Hamilton khaki models have joined the stable. But one thing remains constant. I still find myself coming home to the one that fits me like an old pair of boots. That’s my Speedmaster 3590.50. And oh yeah, I still have my Gruen Curvex.

— A big THANK YOU to TJ for sharing his story with us.

If you want to share your Speedmaster story with us, shoot us a message here.