The first tourbillon was patented on June 26th, 1801 by watchmaker Abraham Louis Breguet. A tourbillon is a complication that was especially useful for pocket watches at the time, to deal with the effect on the accuracy due to the gravitational pull when the watch was in vertical position. A tourbillon construction consists of a carriage that rotates on its own axis, in one minute (most of the time). Inside the axis, you’ll find the sprung-balance and the escapement. This way, the tourbillon compensates for the forces on the movement caused by gravitation. Not entirely though, but it delivers a mean of the performance on the watch in all positions. 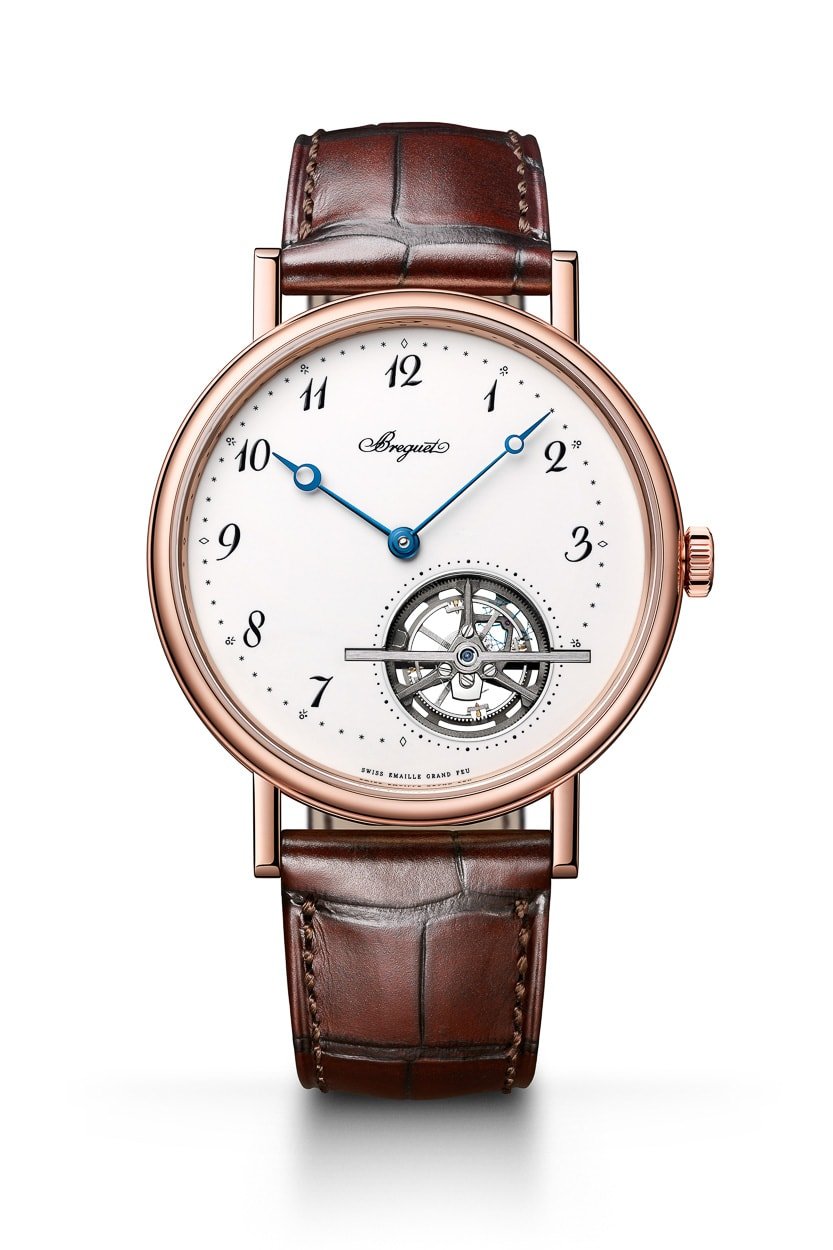 Breguet now introduces to you their Classique Tourbillon Extra-Plat Automatique reference 5367, which comes with a “Grand Feu” enamel dial. This is a first for their Grandes Complication collection and according to Breguet, it was long-awaited.

Five years ago, Breguet presented their reference 5377 watch which has a similar design as this reference 5367. The new Classique Tourbillon Extra-Plat Automatique has of course the “Grand Feu” enamel dial, but also lacks the power reserve indication hand at 9 0’clock that you’ll find on the 2013 reference 5377. The enamel dial and the lack of a power reserve indicator makes the new Tourbillon Extra-Plat much easier on the eyes, a real minimalist approach regarding the dial. The hand-bevelled tourbillon bar really ‘pops’ on the dial of the reference 5367, as well as the blue Breguet hands on the white enamel background. Interesting is the off-centered ring of Arabic numerals.

The Breguet Tourbillon Extra-Plat Automatique reference 5367 measures only 7.45mm in height (and has a 42mm diameter). This limited thickness is only possible due to the very thin movement of just 3mm. That’s extra-ordinary for an automatic tourbillon movement. Caliber 581 is a beautiful finished movement, with a rotor made of platinum. It has an 80-hour power reserve by just one “high-energy” barrel, which is patented by Breguet. This watch will be available in rose gold and platinum. 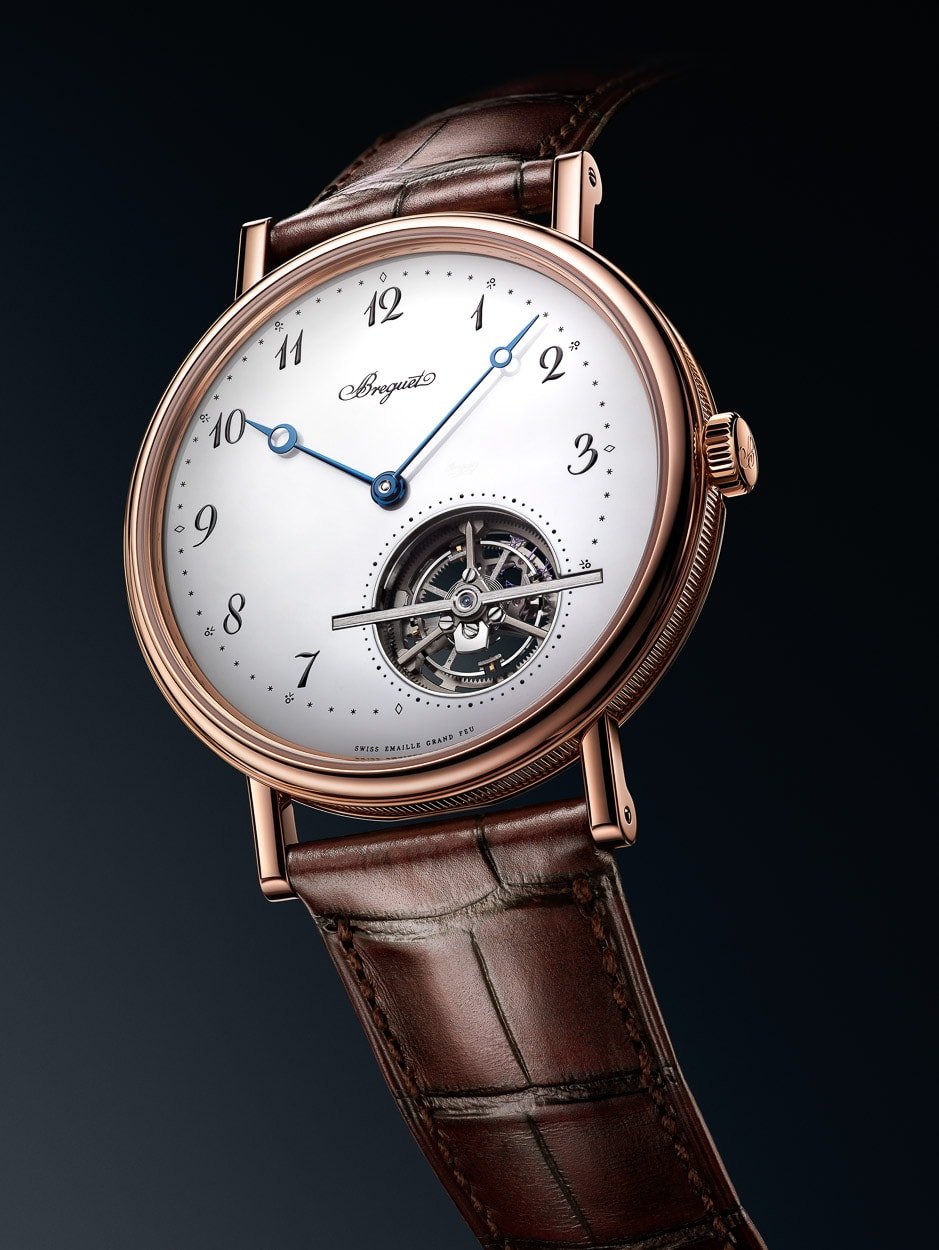 Price is not known yet. The Breguet Tourbillon Extra-Plat Automatique 5367BR (rose gold) and 5367PT (platinum) will be introduced officially during BaselWorld 2018.

Hot Topics
When Sneaker Heads And Time Geeks Team Up — The 11 Most Iconic Sneakers And The Watches That Go With Them
62 comments
A Californian Controversy: The Origins Of The Term “California Dial” And Why It Can Mean Two Very Different Things…
51 comments
What Zenith Is Doing Wrong With Its Pilot Line And How The Brand Could Fix It
34 comments
The Best Omega Watches Of Daniel Craig’s James Bond Era — Have Your Say!
28 comments
Why The Rolex GMT-Master II 16713 “Root Beer” Is Better Than The 126711CHNR “Cough Syrup”
26 comments
Popular
Rolex GMT-Master History And Overview Of All Major References
Robert-Jan Broer
15
Hands-On With The Patek Philippe Nautilus 5740/1G
Robert-Jan Broer
Hands-on: Tudor Black Bay 36 – Like a Comfy Pair of Jeans
Michael Stockton
10