Breitling has been delivering hit after hit over the last twelve months. The Breitling Navitimer 1959 re-edition is a favorite of many including some of the Fratello team members. But does everything the brand touches turn to gold? Let’s take a look at another recent release, the Navitimer B03 Chronograph Rattrapante 45 in 18k red gold.

Let’s just dive in straight away and compliment Breitling with making waves in the industry. With Georges Kern at the helm, the brand has found relevance amongst watch enthusiasts with a great number of releases. Some of them are re-issues of well-known classics like the Navitimer 1959 re-edition and the AVI Ref. 765 1953. Another release that stood out is the Avenger 45 Chronograph Night Mission that was released late last year. What Breitling has done well is to pick relevant watches that Breitling fans care about. 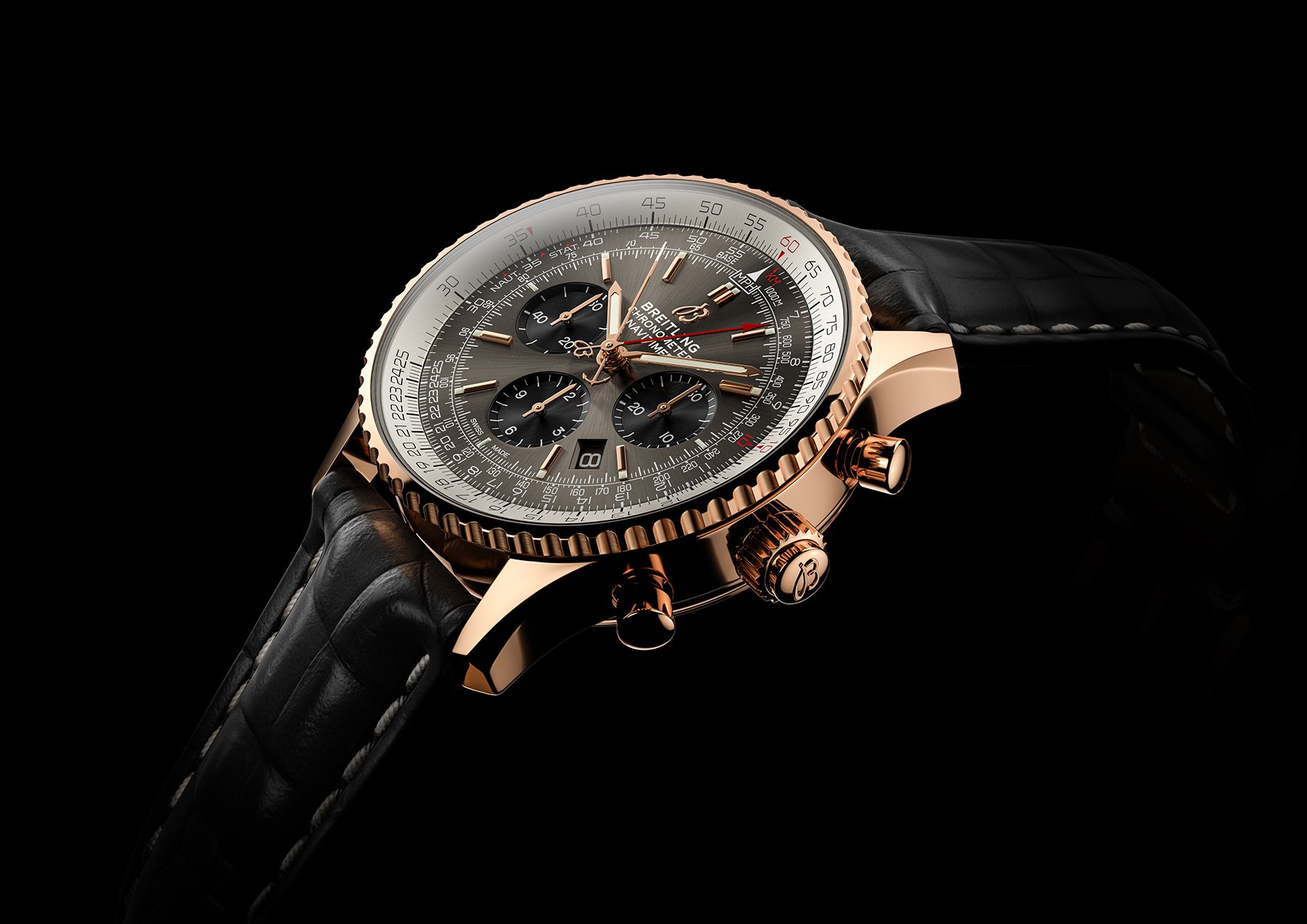 I have never been the biggest fan of the typical Breitling watches like the Colt, the Avenger or the Chronomat. For me, the Navitimer, Premier, and the Superocean Heritage lines are my Breitling favorites. But I have to be honest though…I love the recently released Avenger 45 Chronograph Night Mission. That’s where the pieces of the puzzle were put together perfectly for me. Still, overall the mentioned Breitling watch models are not for me. So as you would guess I’m not disappointed in seeing the brand focus on a different more refined aesthetic. It makes sense for me to focus more on the iconic Navitimer, the Premier, and the Aviator 8 model lines.

After the Breitling logo changed in 2018, they also decided to update the logo and color configuration of the dials of the Navitimer B03 Chronograph Rattrapante models. Already in the current collection are a regular stainless steel version and a special limited boutique edition in stainless steel. So the logical next step would always be a red gold version. It’s more an updated version of a previously available model than a truly new watch in the Breitling line-up. 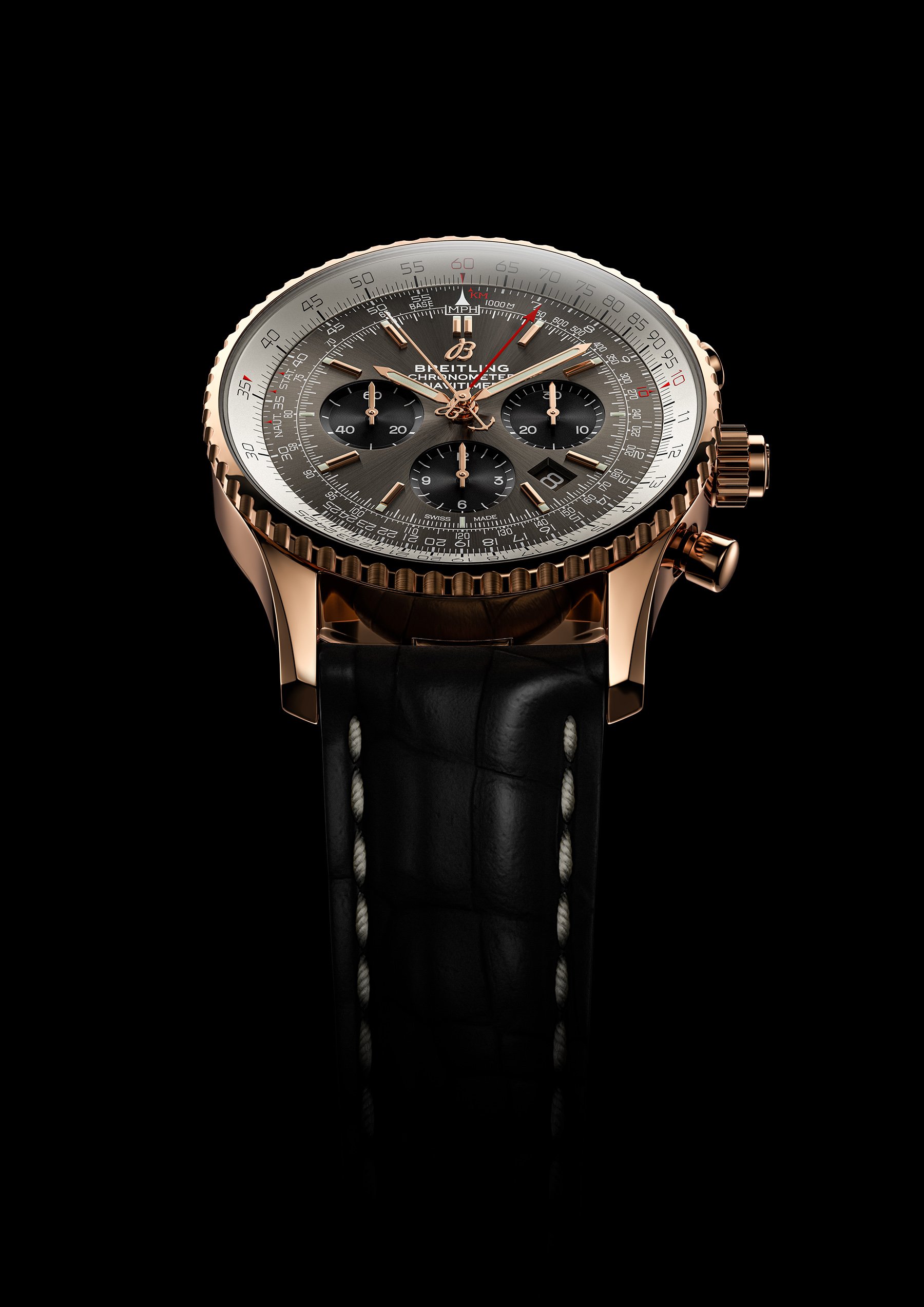 The Navitimer B03 Chronograph Rattrapante 45 features the familiar 45mm Navitimer case in 18k red gold. It’s a big watch but it’s not uncomfortable as you can read here in Robert-Jan’s review of the previous generation version of the watch. Inside the case of the Navitimer B03 Chronograph Rattrapante 45 is the in-house Breitling Caliber B03. The B03 movement has two patents and is based on the Breitling B01 chronograph movement.

The thing that sets the B03 apart is the added rattrapante complication. The movement also features a date complication between the 4 and 5 o’clock positions, has a 70-hour power reserve and ticks at 28,800vph. The beauty of the B03 movement is visible through the sapphire crystal case back on this red gold version. The stainless steel versions both have solid case backs so this red gold version adds a little romance to the show. 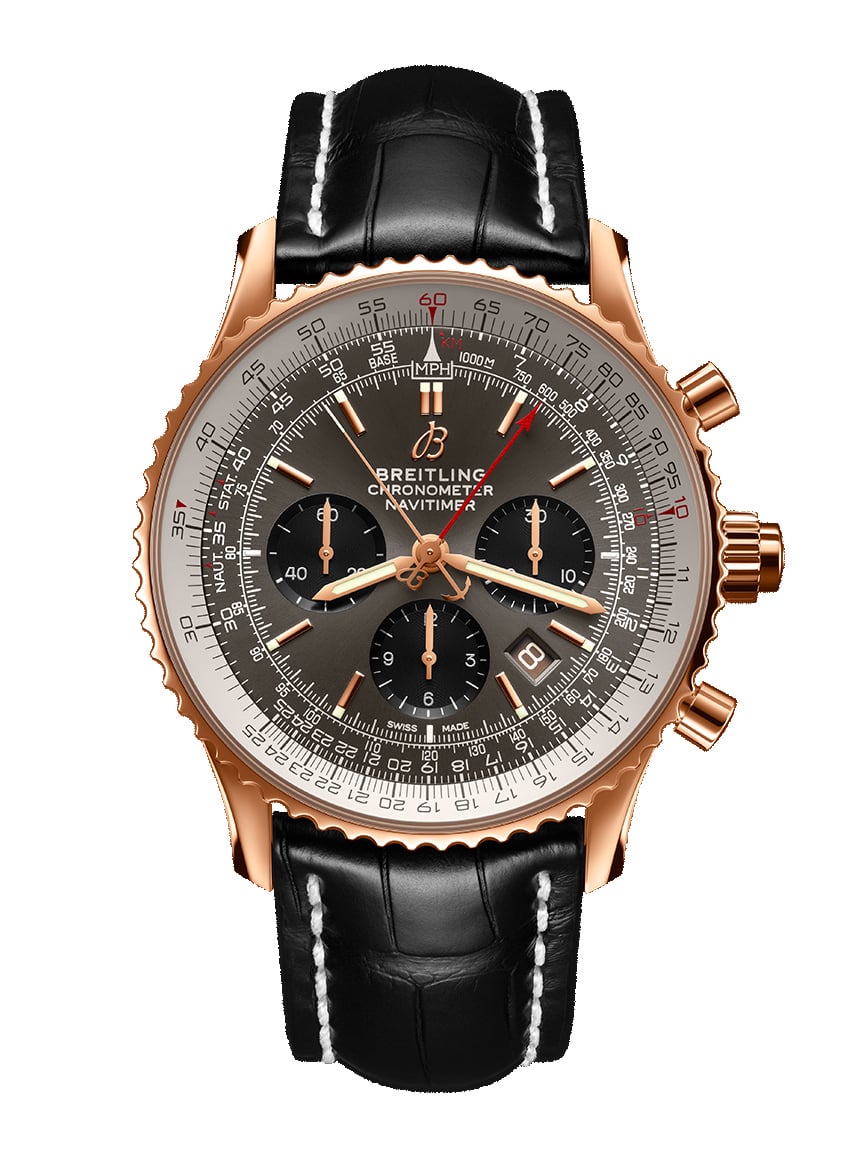 One of the biggest icons

There is no denying that the Navitimer is one of the biggest icons in the watch industry. Personally, I love the story and the looks of the Navitimer a lot. The Navitimer B03 Chronograph Rattrapante 45 is not nearly as exciting as the 1959 re-edition but it has its place in extensive Navitimer line-up. It’s an impressive watch at 45mm, with an even more impressive technical complication.

I think it has improved quite a bit, although it is little more than an aesthetically updated version of the previous generation. First off, I am a fan of the updated logo on the dial because it makes the overall look of the dial less cluttered. Next to that, I love the color configuration of this red gold version compared to the two steel versions. The Stratos grey dial with black subdials and red gold hands and hour markers look very classy. Add the little red details on the dial and the red split-second hand for a bit of zing and you simply get a great looking watch. 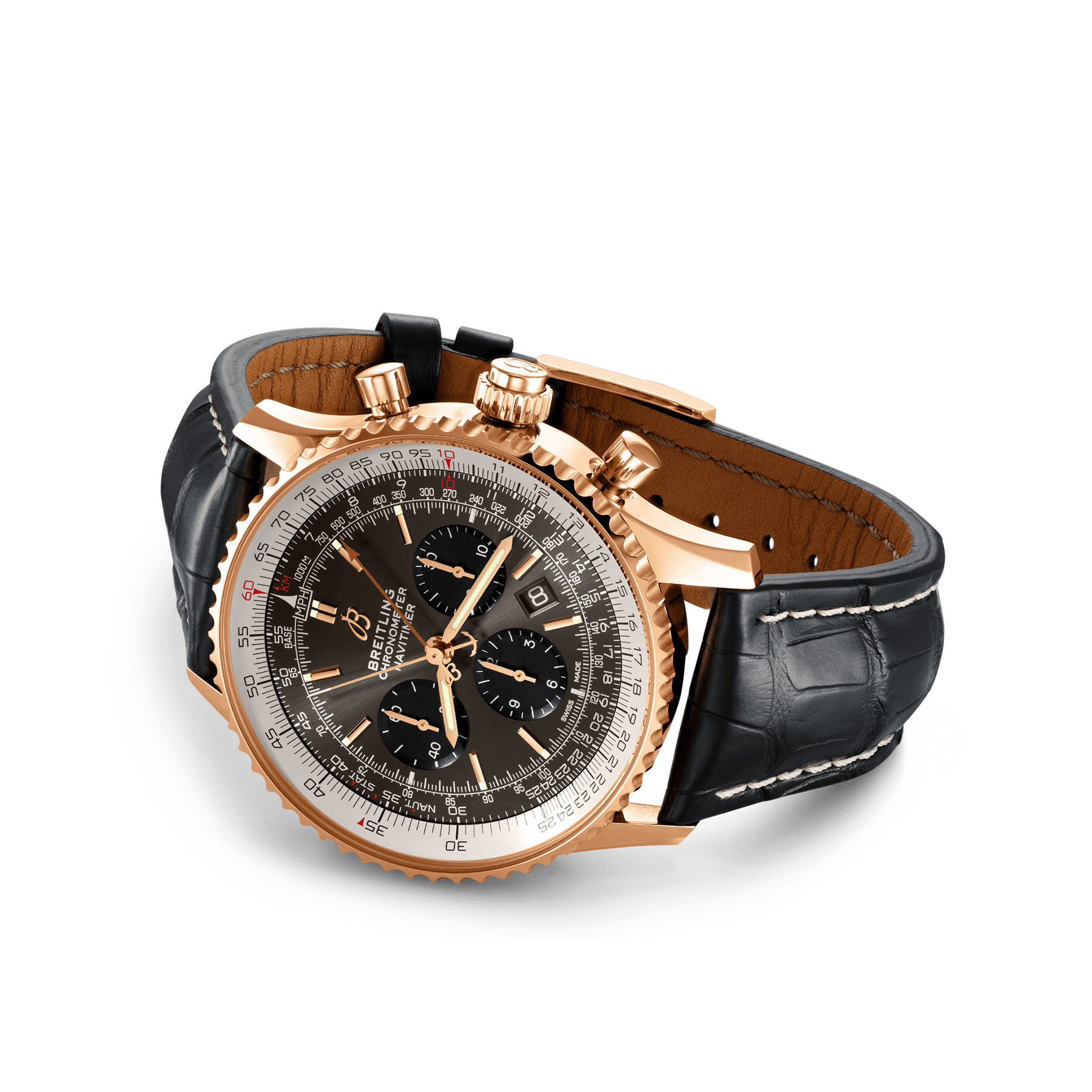 If there was to be a “but,” it’s the €25,900 pricetag. With the steel versions priced €10,400 for the regular version and €10,730 for the Boutique version, the price increase for a red gold version is reasonable. For the previous generation, the price difference was a lot bigger. It’s quite an improvement so that’s not what I’m struggling with. The thing is, Breitling has released quite a number of amazing watches in the past 12 months. Although these watches are not in red gold, I would put these higher on my wishlist than this Navitimer B03 Chronograph Rattrapante 45 in red gold. They simply have more relevance in my opinion.

That’s why I believe this is an addition to the Navitimer line-up strictly for the true chronograph fanatics. And I don’t see this as criticism. I think Breitling is doing a great job of releasing a great number of new and stylistically relevant watches. This watch doesn’t necessarily fit in that category and that’s why I don’t think this will be a watch for a lot of people. But there is nothing wrong with a watch for chronograph purists that want something exclusive. And those people will find their way to this watch. Learn more about Breitling here.