Gone since 2011, but not forgotten. Not by me, at least. I have said this many times before, so as you might know by now, I once bought a Rolex Explorer II. That was the wrong Rolex for me. I should have bought a two-tone Datejust Turn-O-Graph 116263 with a gray dial on a Super Jubilee bracelet with a concealed clasp instead. That watch would have stayed in my collection. But for one reason or another, I never bought it. Sure, I can find a pre-owned one in good shape, but an updated version with a better movement, bracelet, and clasp would also be kind of nice. Let me introduce you to a watch that was introduced in 1953 and served as the blueprint for the 1954 Submariner. Yes, 2022 might be the Year of the Tiger, but it could also be the year of the “Thunderbird”, the Datejust Turn-O-Graph.

Not all Rolex watches are icons. I don’t consider the Milgauss or the Air-King icons, and the same goes for the Cellini. I’m sure a lot of people also don’t consider the Turn-O-Graph an icon. But I do, mainly because of the history of the watch. It’s not necessarily about the way the watch looks. I admit it’s a bit of a mishmash of styles. But there is something about the crown’s hodgepodge that is exactly to my taste. I like the Rolex trademark fluted bezel, but I love a fluted bezel with indications even more! And my love grows even bigger when there’s a red-and-black “roulette date” underneath the Cyclops, a matching red seconds hand sweeping over a slate-gray dial, and a single red line of text that reads “Turn-O-Graph”. The combination of yellow gold and steel turns my love into pure, unbridled watch lust. 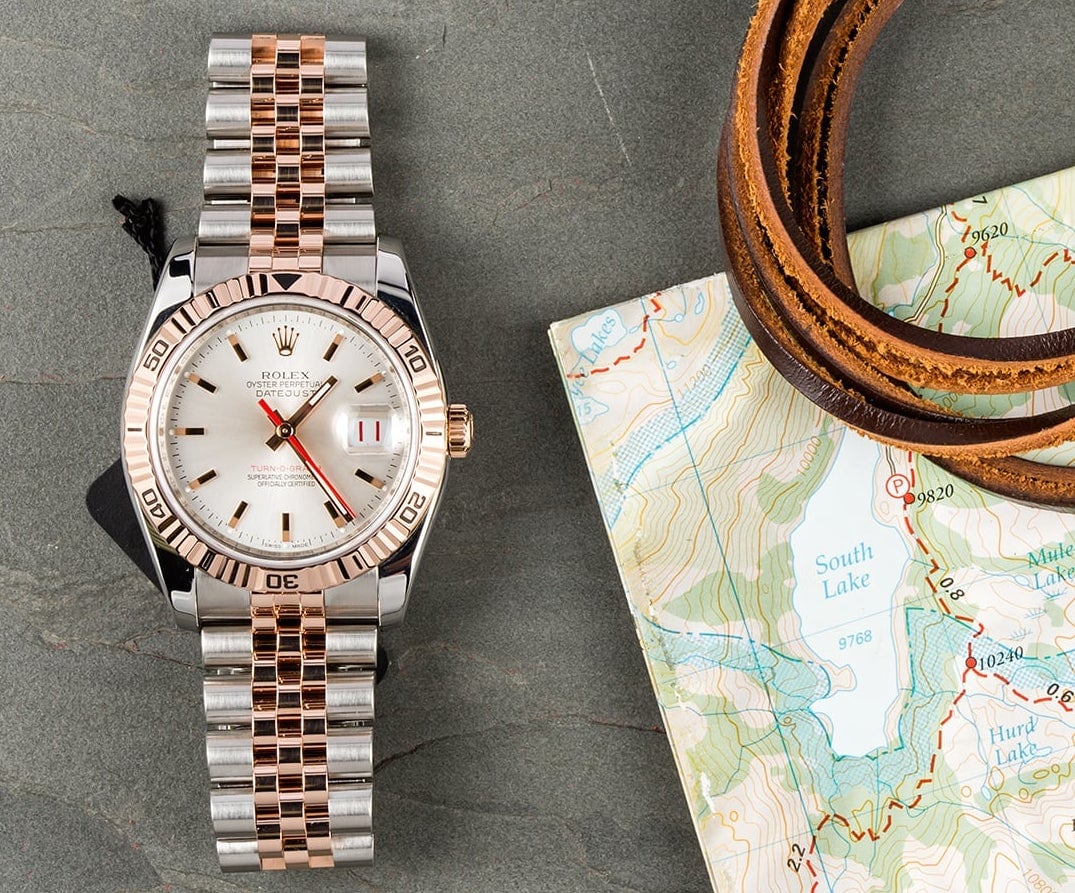 Dear Rolex, bring back the Datejust Turn-O-Graph; it really is exactly the right time for it

Unfortunately, the latest iteration of the Turn-O-Graph is not with us any longer. In fact, it hasn’t been since 2011. And I feel that in today’s world where luxury sports watches reign supreme, the sporty-chic Turn-O-Graph with its luxurious and radiant fluted bezel would be an instant hit. Let’s not get into the fact that if Rolex were to present a new Turn-O-Graph it would immediately become unavailable. Let’s pretend that you could actually casually stroll to your local Rolex AD and pick the version that you like. And let’s also pretend that potential buyers would be attracted by the watch because of its interesting backstory, not just the fact that it is a shiny, flashy Rolex. 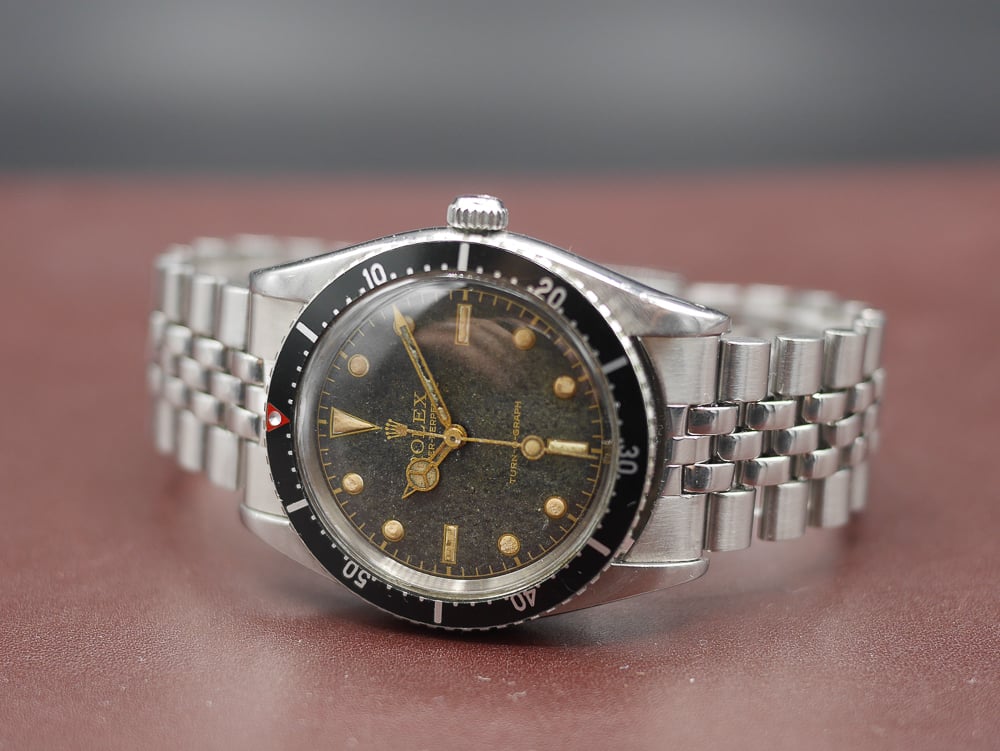 The first Rolex Turn-O-Graph, the reference 6202, debuted in 1953 with either a black or white honeycomb dial. The name is a combination of “to turn” and “chronograph”. Strangely enough, though, the Turn-O-Graph is not a chronograph. But the 6202 did have a rotating bezel — though not Rolex’s first because the 1937 Zerographe reference 3346 takes that honor — with a black aluminum insert that could be used to measure elapsed time or time intervals. This functionality made the Turn-O-Graph the original Rolex tool watch. The Turn-O-Graph, with its sturdy 36mm Oyster case that served as a blueprint for what would one year later become the Submariner, is the “OG” and the godfather of all current Rolex sports watches. The Turn-O-Graph not only deserves respect. It also deserves a place in the contemporary Rolex collection. 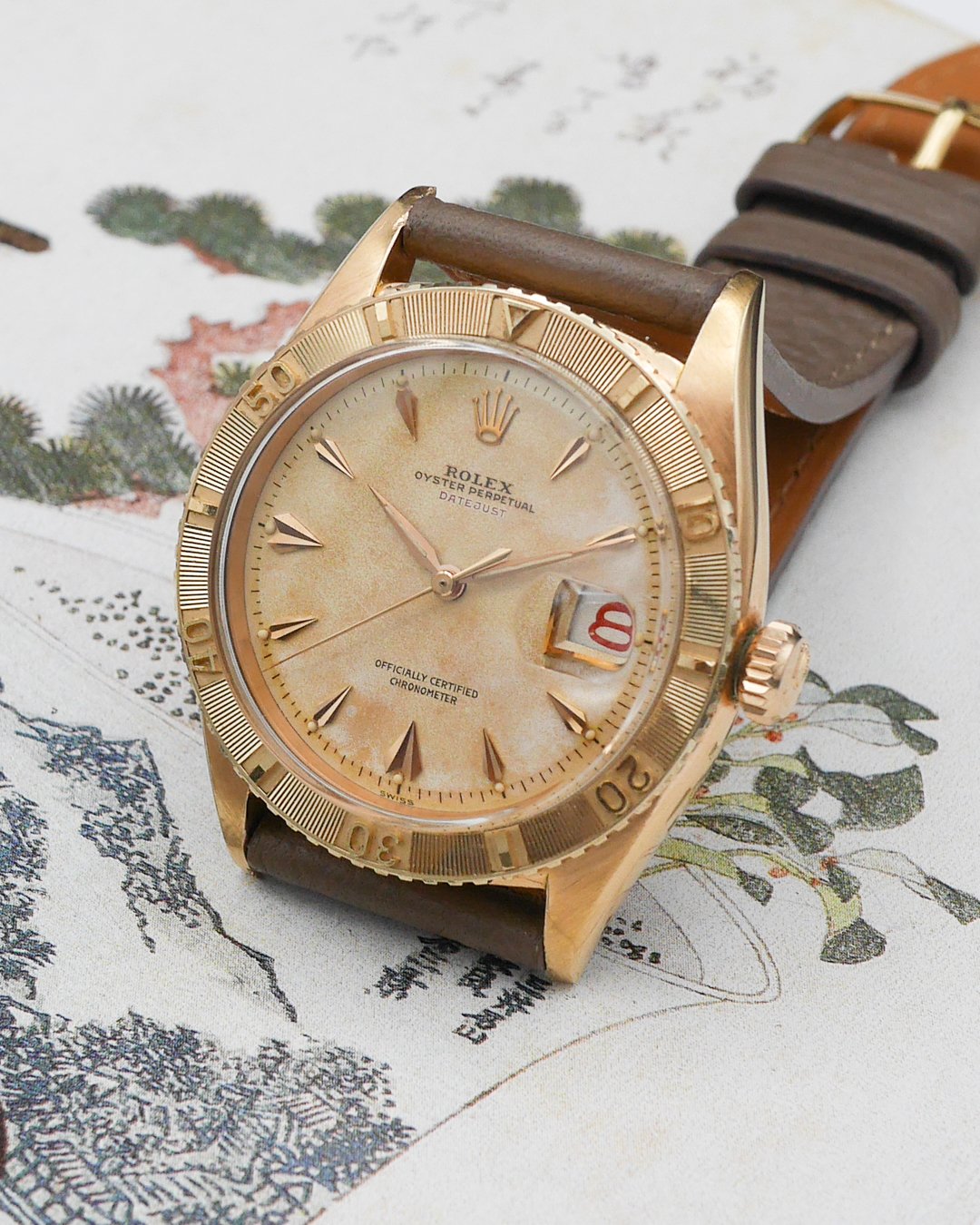 The “Thunderbird” takes off 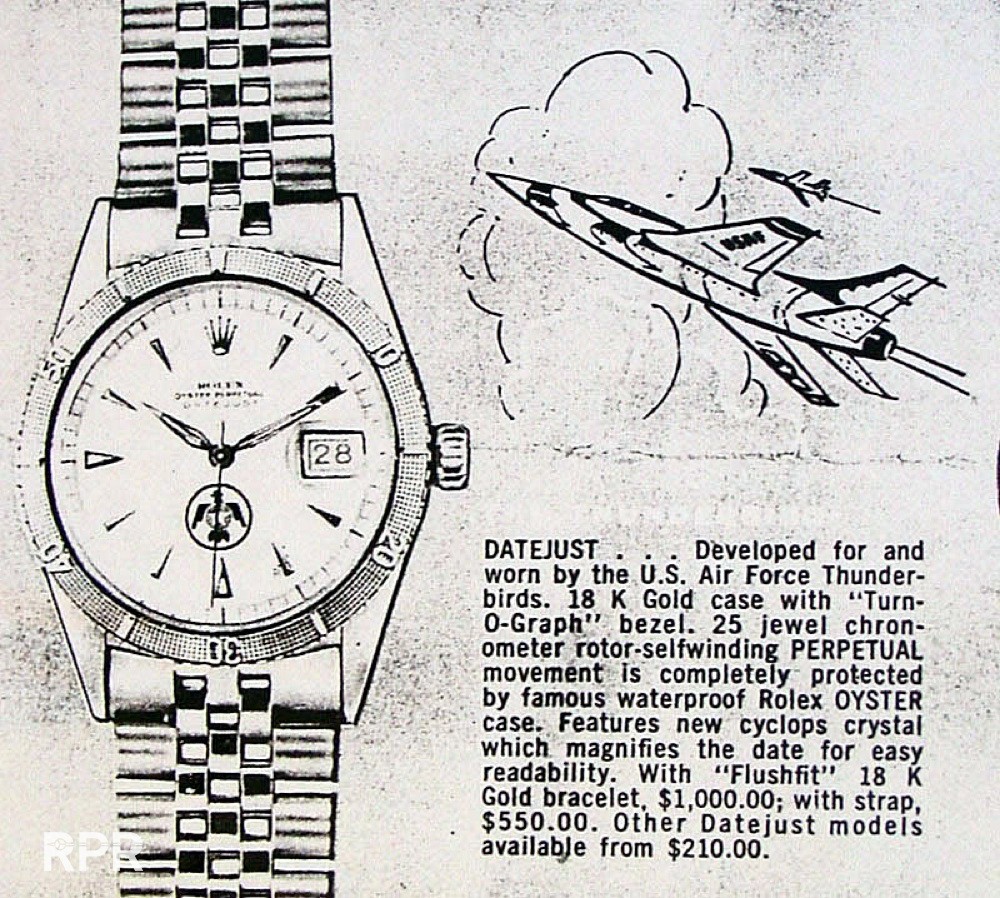 More importantly, the 6309 became the official watch of the US Air Force Thunderbirds demonstration team, giving it the nickname “Thunderbird”. At first an unofficial nickname, it soon became official when Rolex started using the name in American advertising. The coolest “Thunderbirds” — watches showing the logo of the aerobatic team at 6 o’clock —were, unfortunately, pilot-only timepieces. 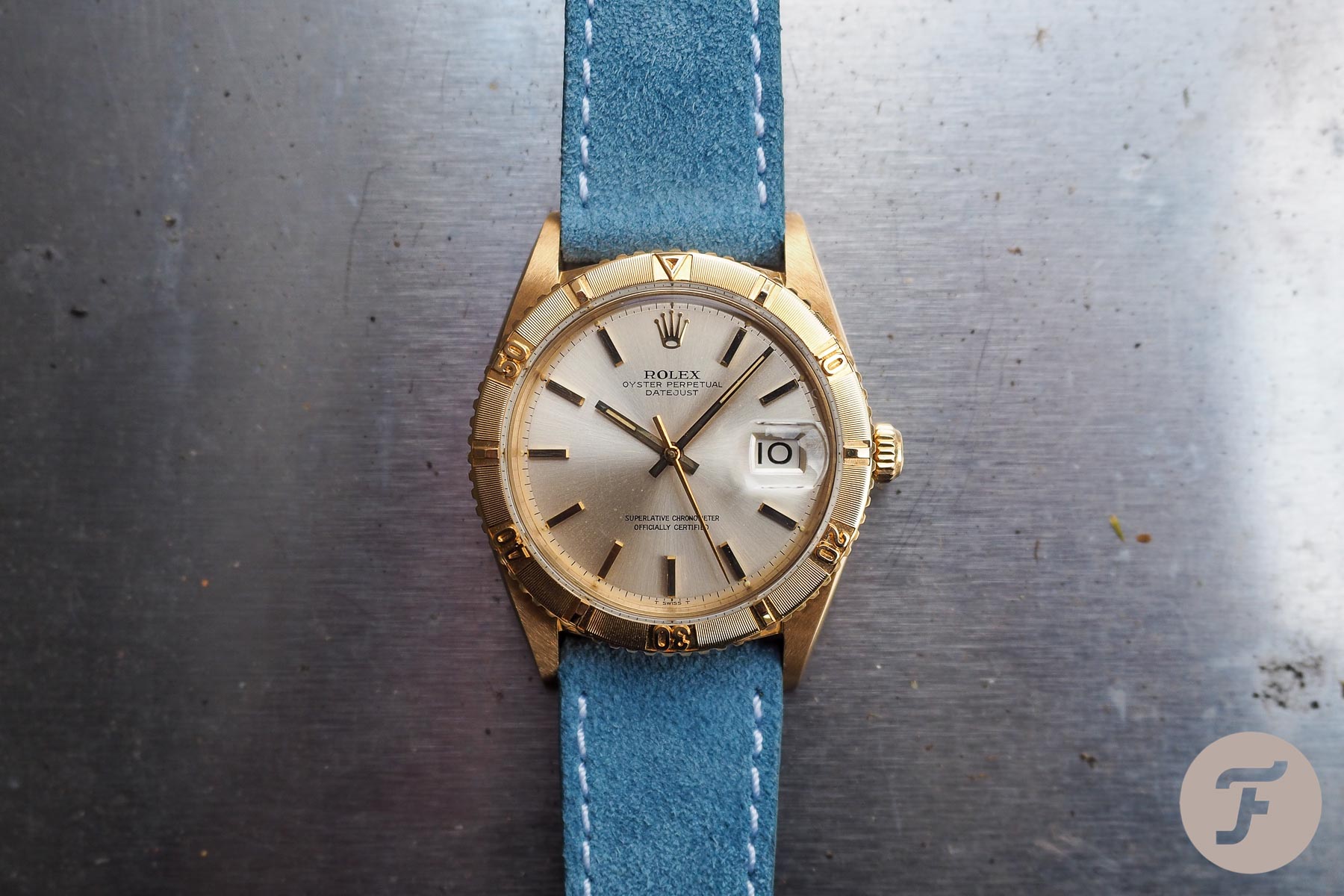 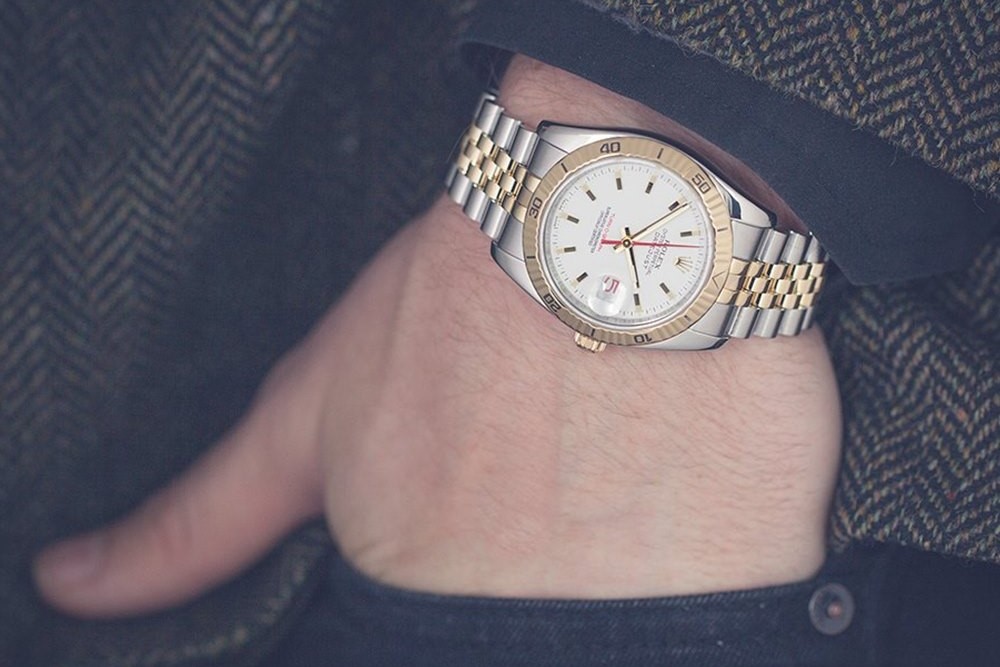 Come 2011, that size sounded small, especially in a world where watches easily exceeded 47mm. And even though the modest case size of 36mm does sound small, once on the wrist, the last-generation Turn-O-Graph models actually looked quite prominent. The watches have their sparkling fluted bezels in gold to thank for that. But they weren’t sparkling enough, apparently, to prevent the Turn-O-Graph from being axed. 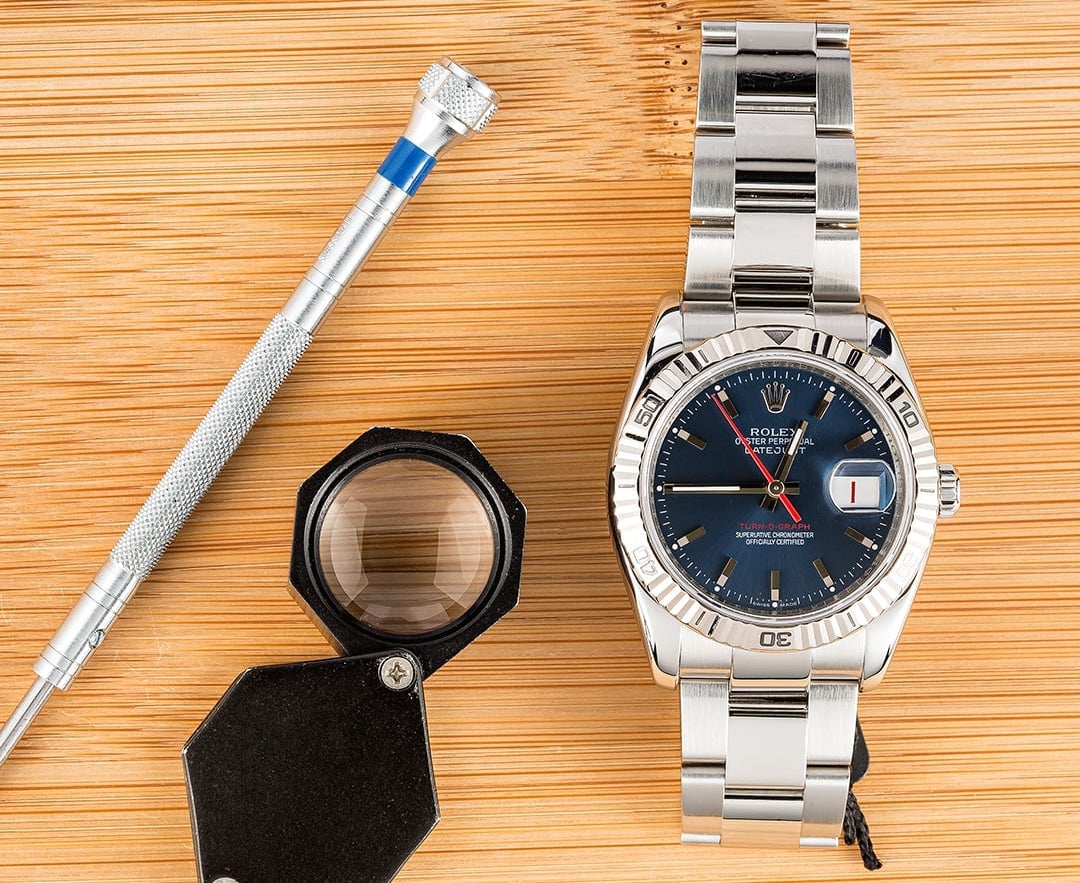 Size could have played a part in the canceling of the Turn-O-Graph, but it was also the in-house competition. Rolex’s original tool watch that developed a classy side as it grew older was in the way of more monomaniacal models like the deep-diving Submariner, the world-traveling GMT-Master II, and the dressy Datejust. The Datejust Turn-O-Graph was too often overlooked in the showcase, and after 58 years of service, it was regarded as obsolete. So why would 2022 be the perfect year for the return of the Turn-O-Graph? 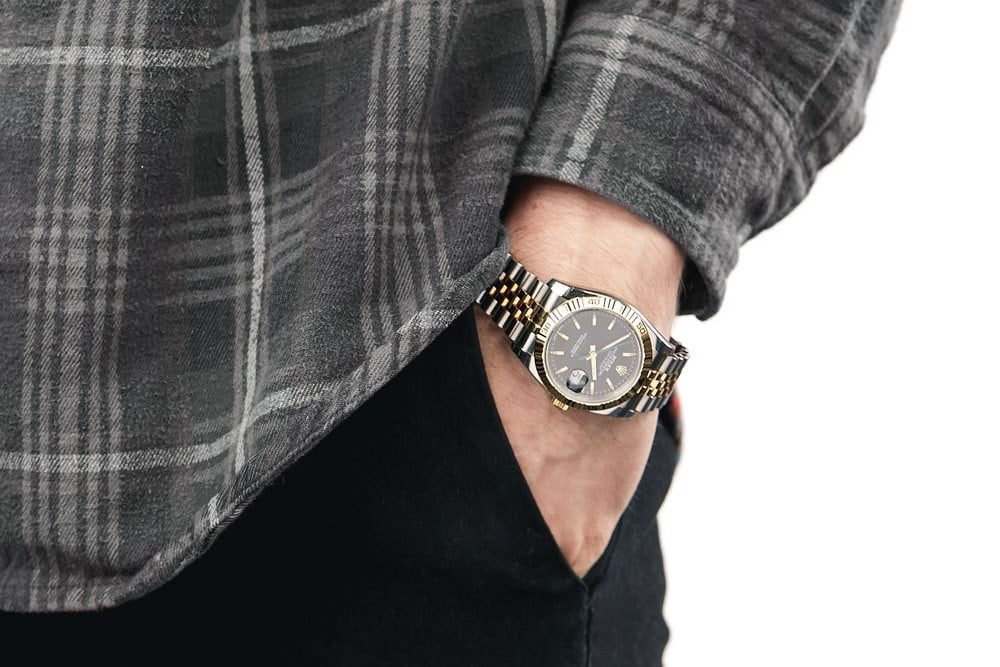 I think the answer can be found in the story I wrote about dress watches and the many comments below. People nowadays have a hunger for sports watches. In a more and more informal world, the traditional dress watch is slowly fading out. But not everyone feels that informal equals sweatpants and tool watches. Casual can be stylish, and sportswear can be chic. And what is chicer than a relatively modest 36mm dressy tool watch with a sparkling fluted bezel in precious metal that adds heaps of character? 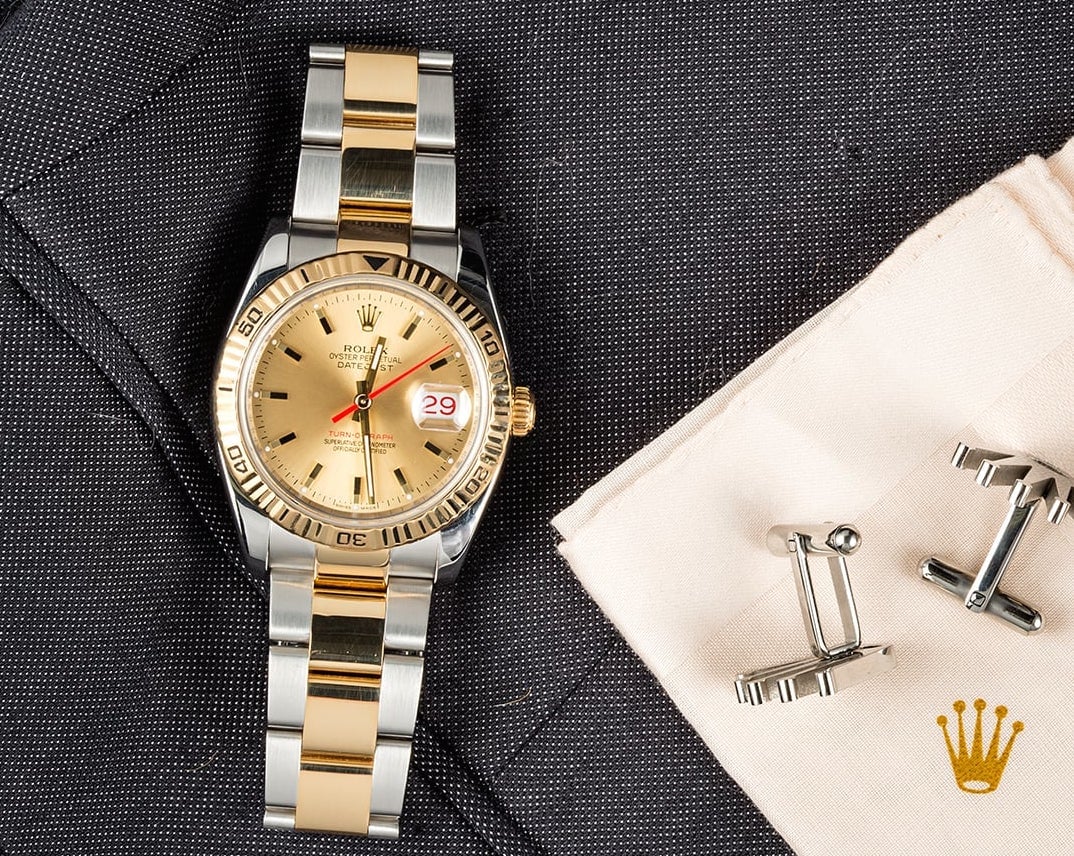 The new Rolex Datejust Turn-O-Graph is a potential heartbreaker

A reborn Datejust Turn-O-Graph will touch the hearts of many, I’m quite sure of it. But it could also be a heartbreaker, of course. A technically up-to-date Turn-O-Graph with a superior bracelet and historically correct color would be a potential bestseller. And by “bestseller,” I mean both the watch itself and the spots on the multiple-page waitlist just waiting to take shape at Rolex dealers worldwide. It’s probably inevitable, but I still think the Turn-O-Graph deserves a waitlist. I think I will be on it. What about you?

Keep checking the official Rolex website to see if the Datejust Turn-O-Graph is making a comeback.

Hot Topics
Introducing: The Omega Speedmaster Super Racing With Spirate System
148 comments
Design Vs. Specs — Which Is More Important To You When Buying A Watch?
83 comments
My New Favorite Vacation Watch — A Vintage Watch Collector’s Modern Seamaster
52 comments
The Updated Bracelet For The Omega Speedmaster Professional 3861 — Here Is What’s New!
50 comments
Introducing: The New Cartier Tank Française
49 comments
Popular
Hands-On With the Seiko Prospex SRPC91K1 – Save The Ocean
Robert-Jan Broer
15
Oris Classic Date Or Save Up For an Omega De Ville Prestige?
Robert-Jan Broer
17
Why You Can’t Go Wrong With The Rolex Datejust
Robert-Jan Broer
5