Remember when the first Omega Speedmaster Speedy Tuesday came out in 2017? Our reader Shawn was the first to pick it up at an Omega boutique in the USA. Now, 2 years later, we ask him about his fascination for the Speedmaster.

On January 10th, 2017, together with Omega we introduced the first Speedmaster Speedy Tuesday watch to the world. Within 4.5 hours, all 2012 watches were reserved by collectors (and unfortunately a certain amount of flippers) and a few months later, delivery started. The fully brushed case (and case back), as well as the dial finishing, didn’t make it an easy task for Omega and its suppliers, but in the end, all 2012 watches were delivered to those who signed up for one. 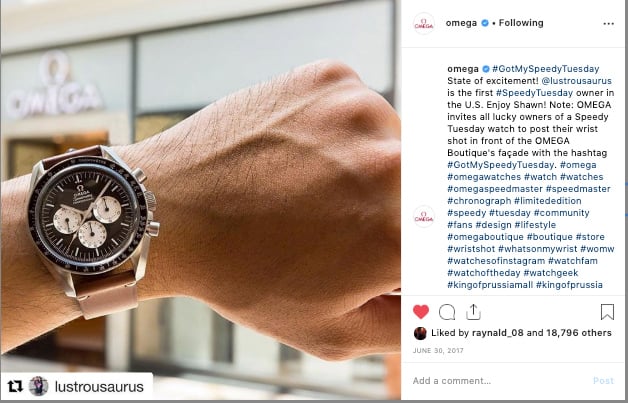 But let’s take a few steps back and ask Shawn how he became interested in watches, and especially in the Speedmaster.

Shawn, tell us a bit about yourself

I grew up around Omega. My earliest memory of a watch was the white Seamaster my father would wear all the time (he stills wear it to this day). It was engraved in my head from the day I saw it, that’s all I ever knew. Even though I collect other watches, Omega is my favorite brand for sentimental reasons. 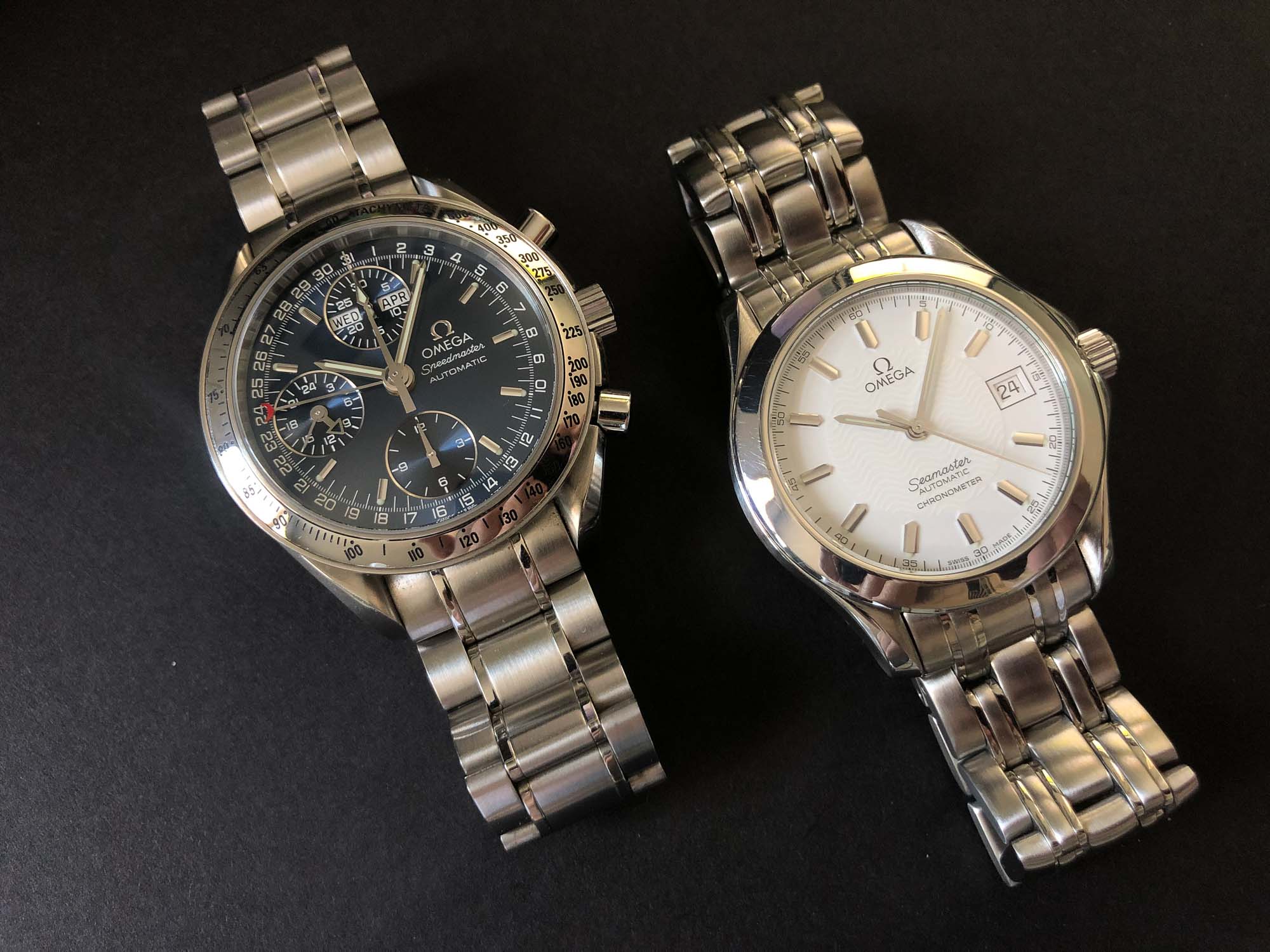 When did you buy your first Speedmaster, and which model was it?

Funny story about this…I always admired my father’s white Seamaster and blue Triple Date Speedmaster, so I naturally wanted to obtain a watch that incorporated both of those visual styles, so I ended up very fond of a white dial Speedmaster. You know what Speedy had a white dial? The Silver Snoopy. Being new to watches, I casually walked into my OB one day, asked for a Silver Snoopy and was greeted with a sympathetic, hearty chuckle. I did take the opportunity to try on the standard Speedy Pro and the FOIS. While I liked both, my heart still wanted a white Speedmaster. I even thought of saving up for a Silver Snoopy but the more I saved, the more that watch became unobtainable.
The fun part of finding a watch is the search. This includes research on the watch and finding the actual watch in the condition you want. After months of research and this lovely article, I purchased my first Speedmaster, the Alaska Project on 14Mar2016 (Pi day for the fellow geeks). I took a risk and bought it on eBay but only after reviewing the photos (still had the red mark on the caseback) and speaking with the seller, I went for it. One of the best buys I made because soon after, prices went through the roof on this model. 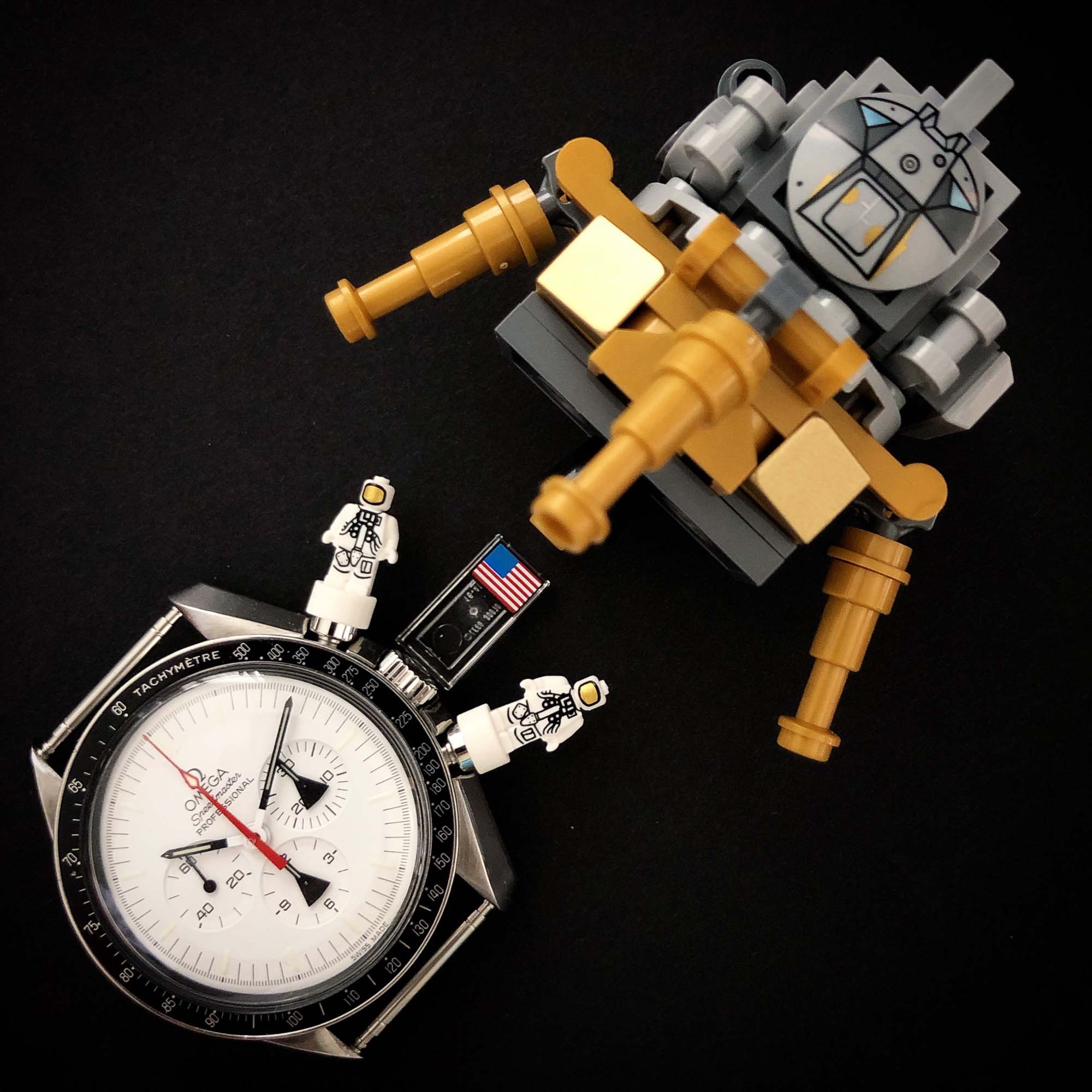 How did you learn about Speedy Tuesday?

I wasn’t well educated in watches so having stumbled upon Speedy Tuesday was just part of my self education process. While researching for Speedmasters, I read tons of articles and forums and always saw “Speedy Tuesday”. I never truly knew what it was until I jumped on Instagram and it was a giant community. You didn’t need to have a Speedmaster to know what it was. After the Alaska Project purchase, I started participating as well. 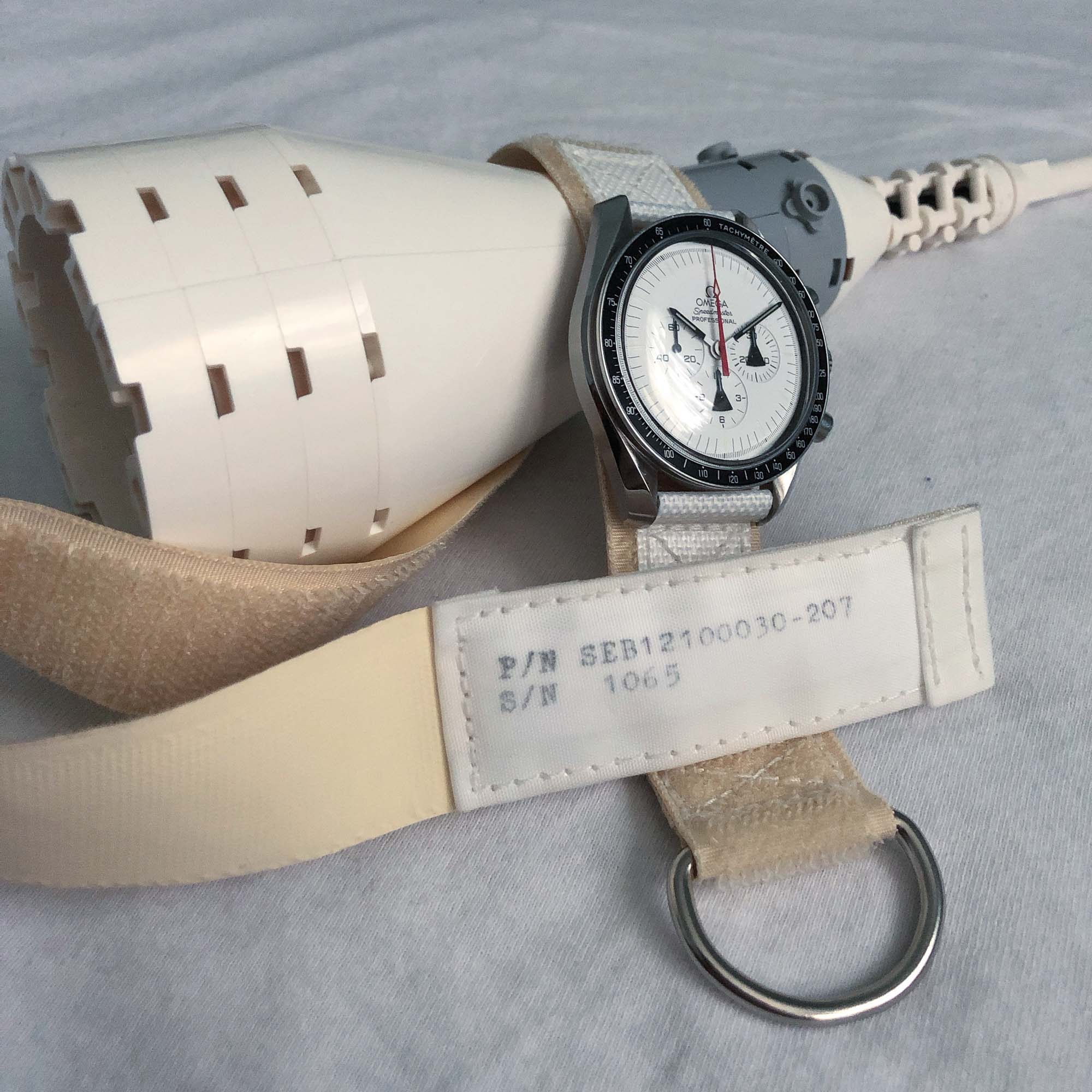 You have both ST watches, which one is your favourite and why?

One hundred percent, the Speedy Tuesday 1! Having the Alaska Project II, this was a very easy choice to add to the collection. It caught everyone by surprise and even I had to set down my phone to make sure I was reading all of it correctly (it was 6am for me). Luckily I didn’t set down my phone for too long because it would soon be sold out. The aesthetics captured the feel of the Alaska Project III perfectly. You have the main characteristics of the radial dials and brushed case, but then you have the creativity of the dial lume and reverse panda. It’s one of those watches that is so unique, you don’t have to guess what it is. If you don’t know, now you know. 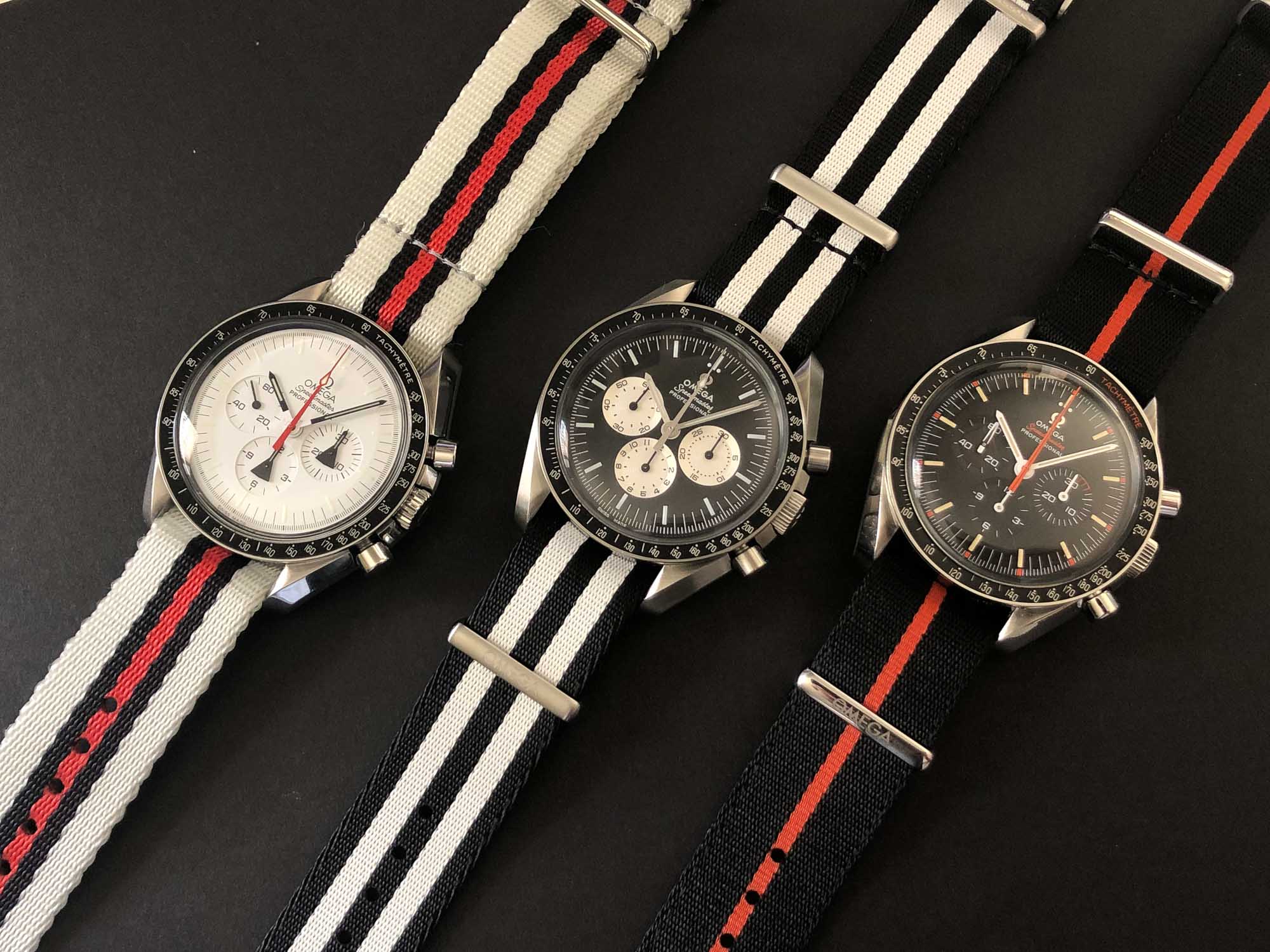 It was my first purchase from an OB and reading from the forums, I was expecting a great buying experience. What I wasn’t expecting was to be the first person in the United States to receive it! I received an email from Mr. Aeschlimann and received a call from the US Headquarters informing me of this. A couple weeks later, I nervously walked into the OB with my amazingly beautiful and supportive girlfriend and was greeted with a bunch of smiles and a camera guy (no more sympathetic, hearty chuckles :D). I like to call myself an official Omega wrist model after that day. 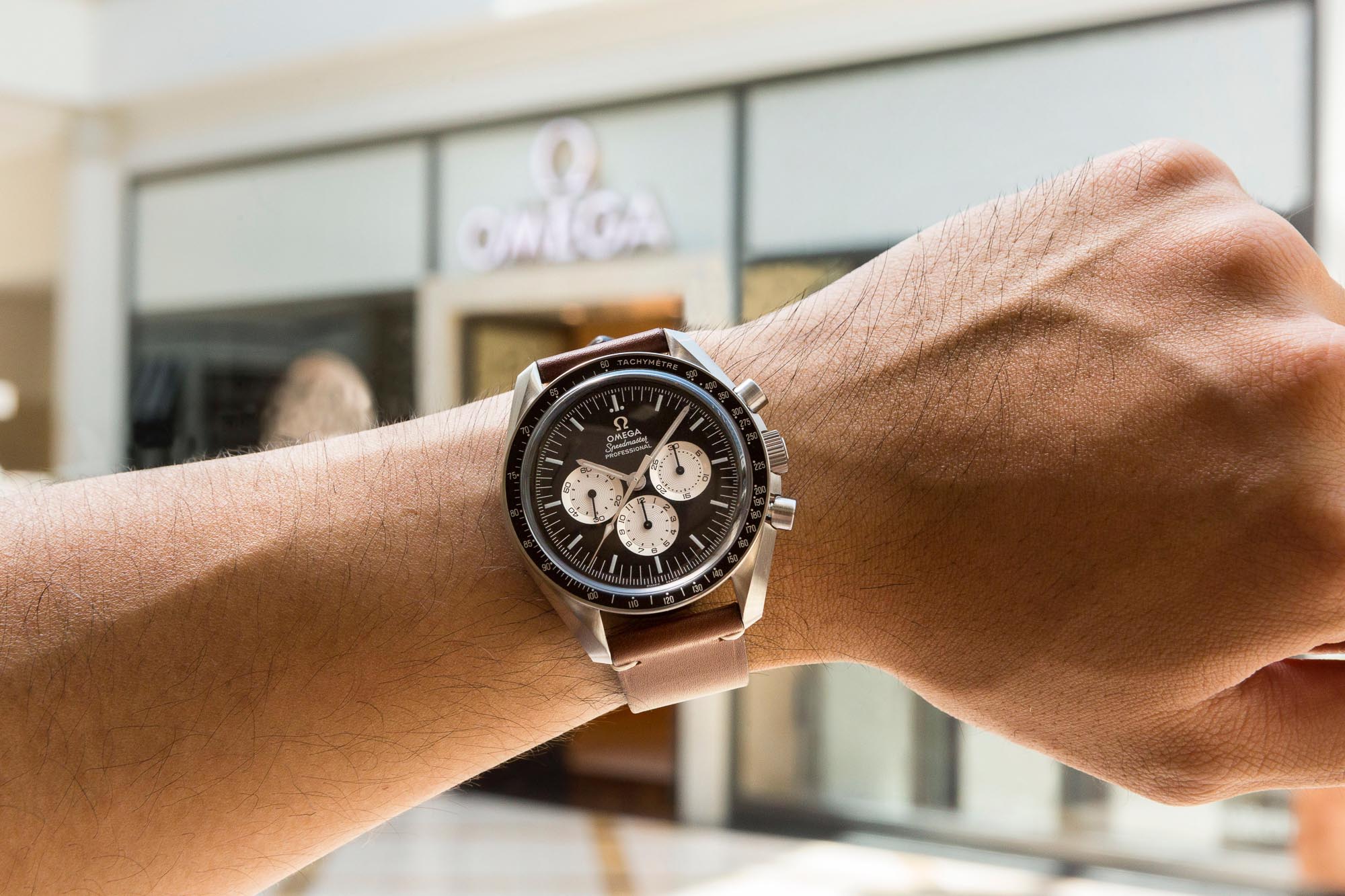 You also bought a LCD Speedmaster. Do you actually wear it?

Of course I do! Throw it on a Kizzi short strap and you have a very comfortable watch for the day. It’s such a strange watch for a Speedmaster Professional. Not many people go into the vintage Speedmasters looking for the quartz model but this is the best I could do to carry on the Alaskan theme in my collection. Vintage watches are tricky to wear. They can be delicate, parts may be limited and servicing can be expensive. While there is a sense of caution, I have to trust my wearing habits and that the watch is not being pushed beyond its limits and I’m not being careless. 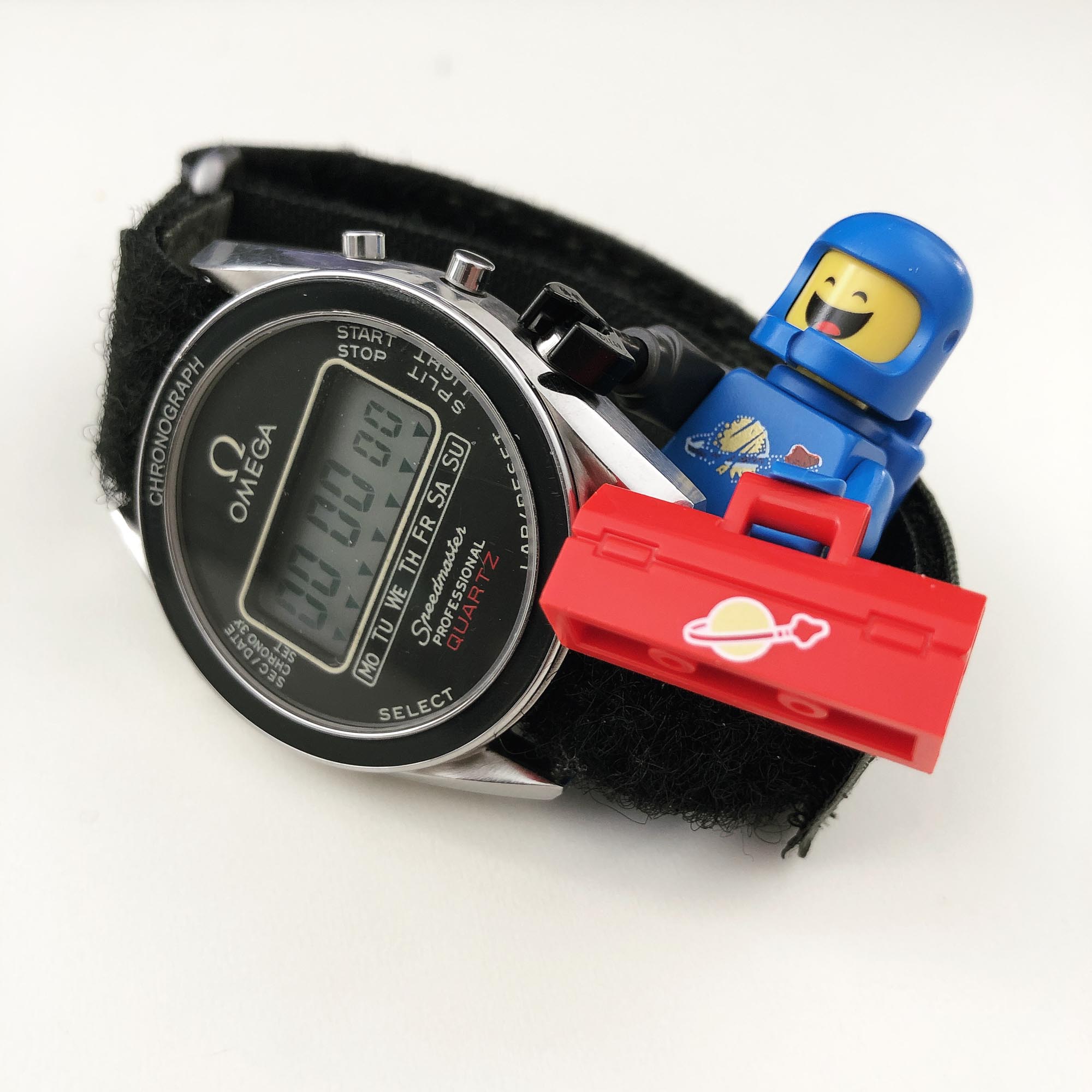 What do you love most about the Speedmaster?

Other than the connection of space travel, I do like the variety we get with Speedmasters. This isn’t strictly speaking about limited editions (I do like them too, others may object), but the small details that aren’t very obvious unless you look closely. The differentiating text on “Speedmaster” on both Speedy Tuesdays is a prime example and we can see other small differences in Speedmasters over the years. 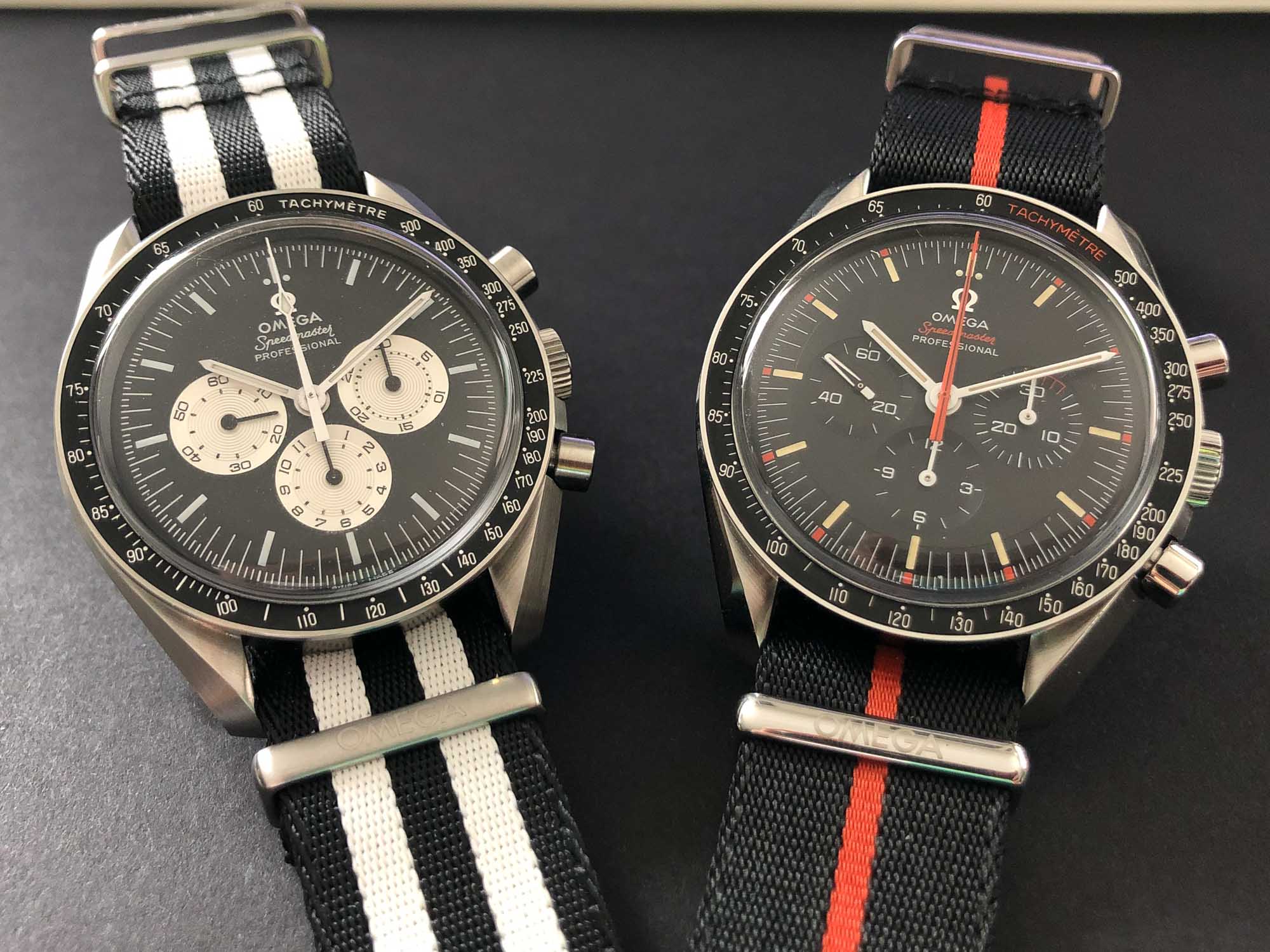 Are you in touch with other Speedmaster collectors and how?

Thanks to the Speedy Tuesday community, I do keep in touch with Speedmaster collectors, whether they are in Instagram, on the #SpeedyTuesday facebook group or Omega Forums. A few lucky times I do get to meet them in person. I also enjoy walking into the local OB and talking to Danny (@kopdoc), the technician. He’s always enthusiastic when it comes to watches, especially Speedmasters! 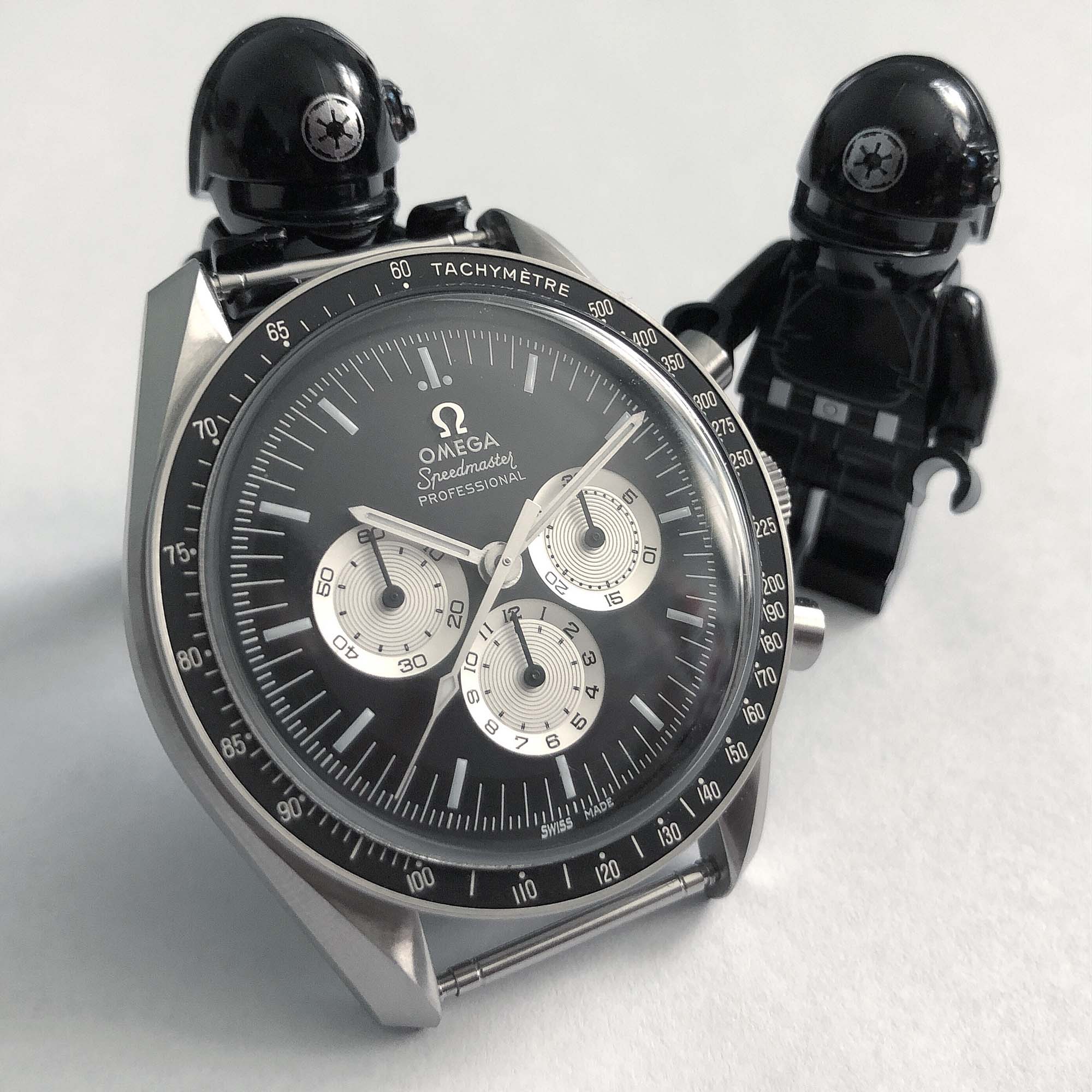 What is your grail Speedmaster?

I would love to own any of the Alaska Project prototypes, but that’s just a dream at this point. The Speedmaster Quartz was actually my grail for a while until I found one for a good price and good condition on Omega Forums. I would like a standard Speedmaster, whether it’s vintage or modern but I wouldn’t mind owning any of the Apollo-Soyuz Speedmasters. At the time of buying the Alaska Project, I had the opportunity to purchase the meteorite Apollo-Soyuz at around the same price point, but we know how that story goes. 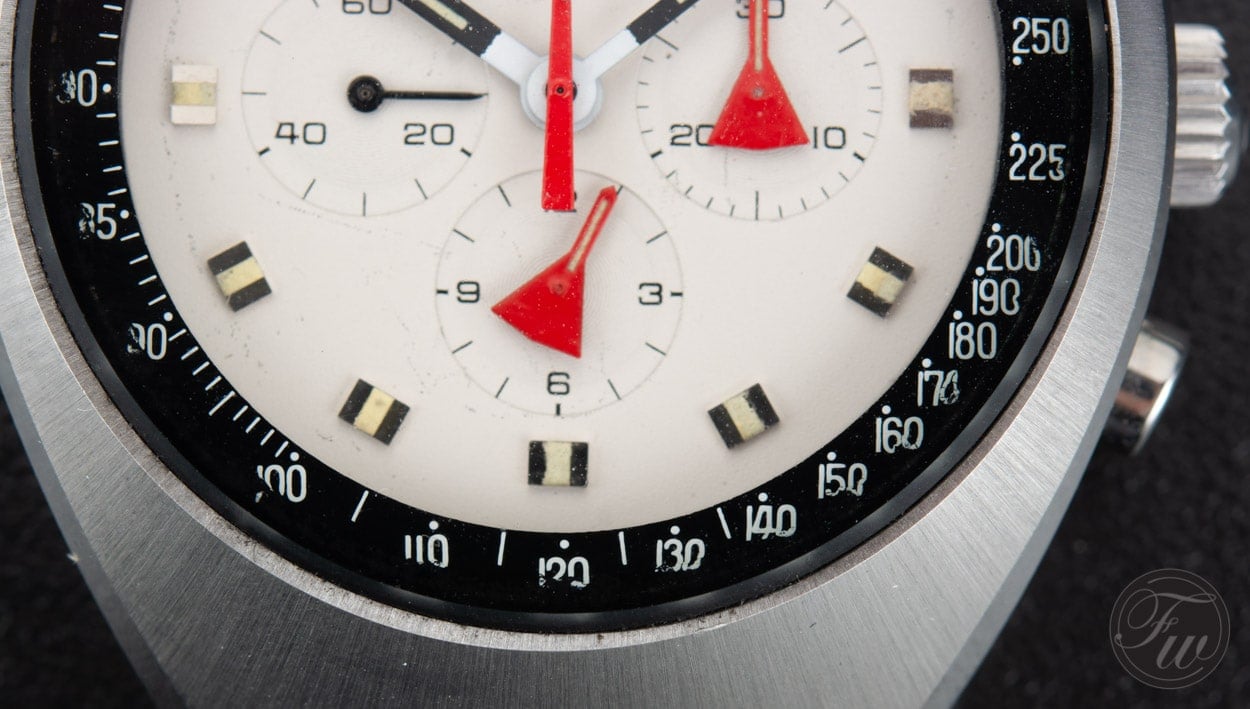 If you have a cool story to share about your Speedmaster, or want to be featured here with an interview/Q&A, leave your email address below. Also, let us know what you want to share or leave other relevant information for us, and we will get back to you.