Hands-On With The Tissot Alpine On Board Automatic Chronograph

Well, this is an interesting one. A few months earlier, I received the press release about the – then-new – Tissot Alpine On Board Automatic Chronograph.

I must say I was a bit surprised. Is Alpine still in business? Like most men, I like cars. As a matter of fact, I probably know more about them than the average, but I’m by no means an expert. I’ve also had my fair share or racing events in the past, whether it was a WEC race (like this one or this one) DTM or GT Masters. Though I never saw any Alpines in the pit. This out of the blue Tissot collaboration was new to me. Renault didn’t only bring back Alpine they also secured a deal with Tissot. Sounds interesting, I must say. So, when I was offered a Tissot Alpine On Board Automatic Chronograph for review, I knew I had to accept it.

Tissot Alpine On Board Automatic Chronograph 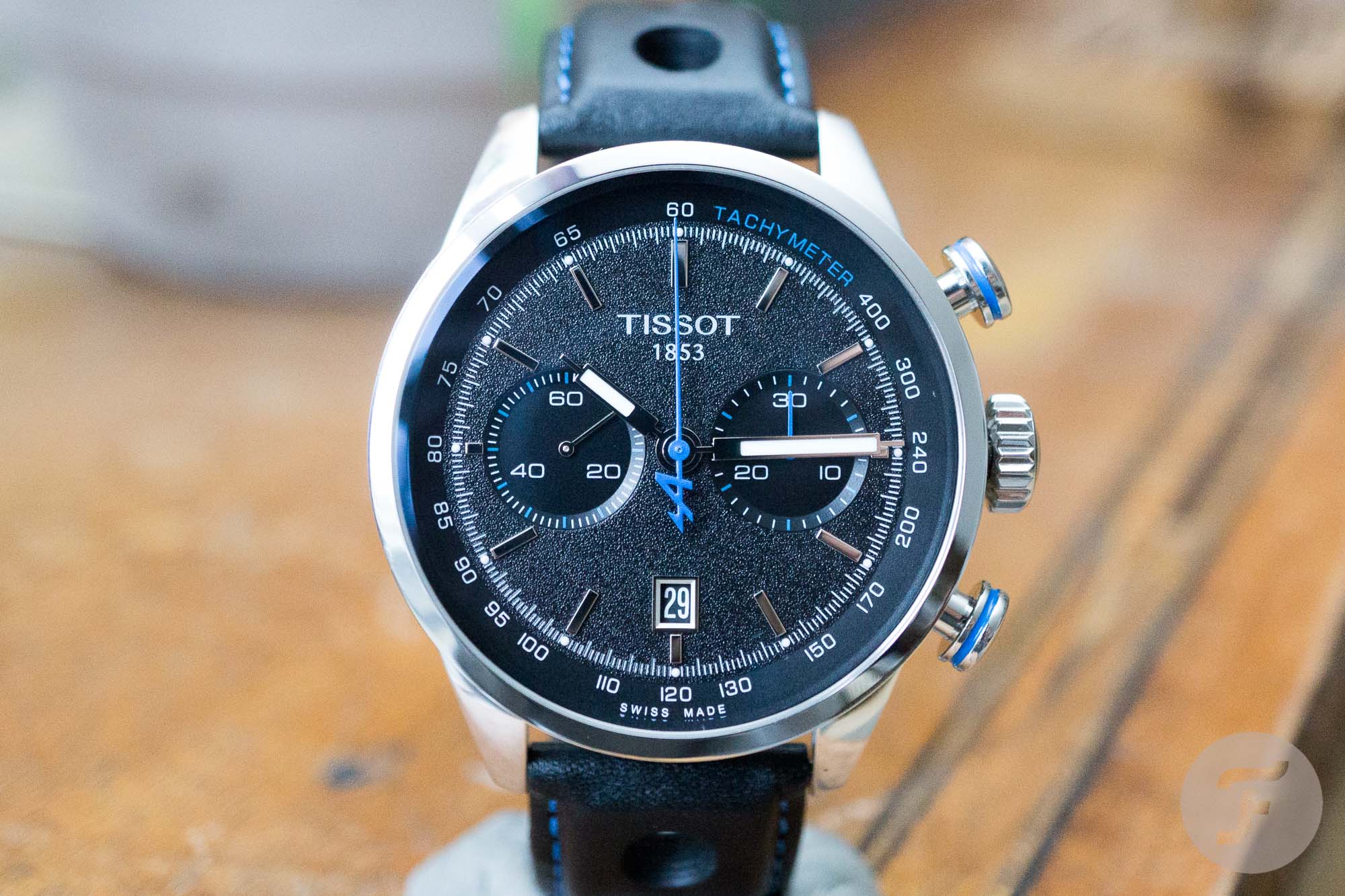 Before we take a closer look at the Tissot Alpine On Board Automatic Chronograph, let’s talk about the denominator. The Société des Automobiles Alpine SAS was a French sports and racing car manufacturer that was founded in 1955. Throughout its history, the brand was related to Renault, which subsequently bought Alpine in 1973. The founder, Jean Rédélé, had already been a successful pilot and racing team who competed with a Renault 4CV at various events such as Mille Miglia or Coupe des Alpes. In the mid-fifties, he teamed up with the Chappe brothers to create a small coupe based in the Renault 4CV. The car had a glass fiber body, which was groundbreaking at the time. Rédélé named it; Alpine A 106. The company continued its success in the ’60s with their new model, the A 108 that was produces between 1958 and 1963. 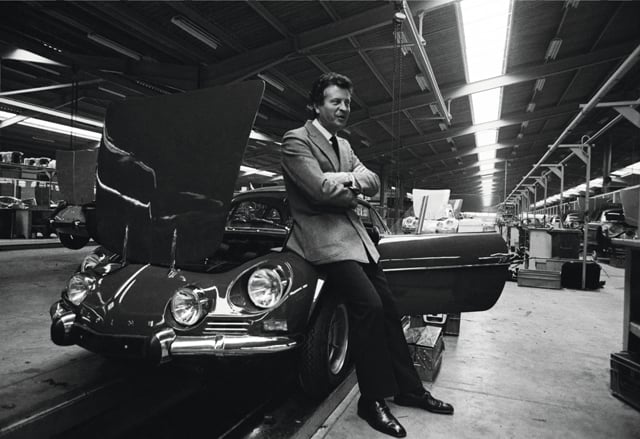 The thin bezel enlarges the Alpine On Board Automatic Chronograph visually, even with the dark dial. While the bezel, the case back, and the top of the lugs are polished, the rest of the case has a brushed finish. Clous-de-Paris decoration runs around the side of the case. It gives it a beautifully textured look and also helps to have a firm grip on the case when screwing on or off the base plate. Speaking of which, we have two case backs. The one that’s on the case has the display window that lets you admire the automatic movement. The back of the plate bears the Alpine logo. If you look on the inside of it, though, you see the silhouette of the new Alpine A110 as well as Tissot’s logo. It’s safe to say that Tissot did their fair share of branding all over the watch. 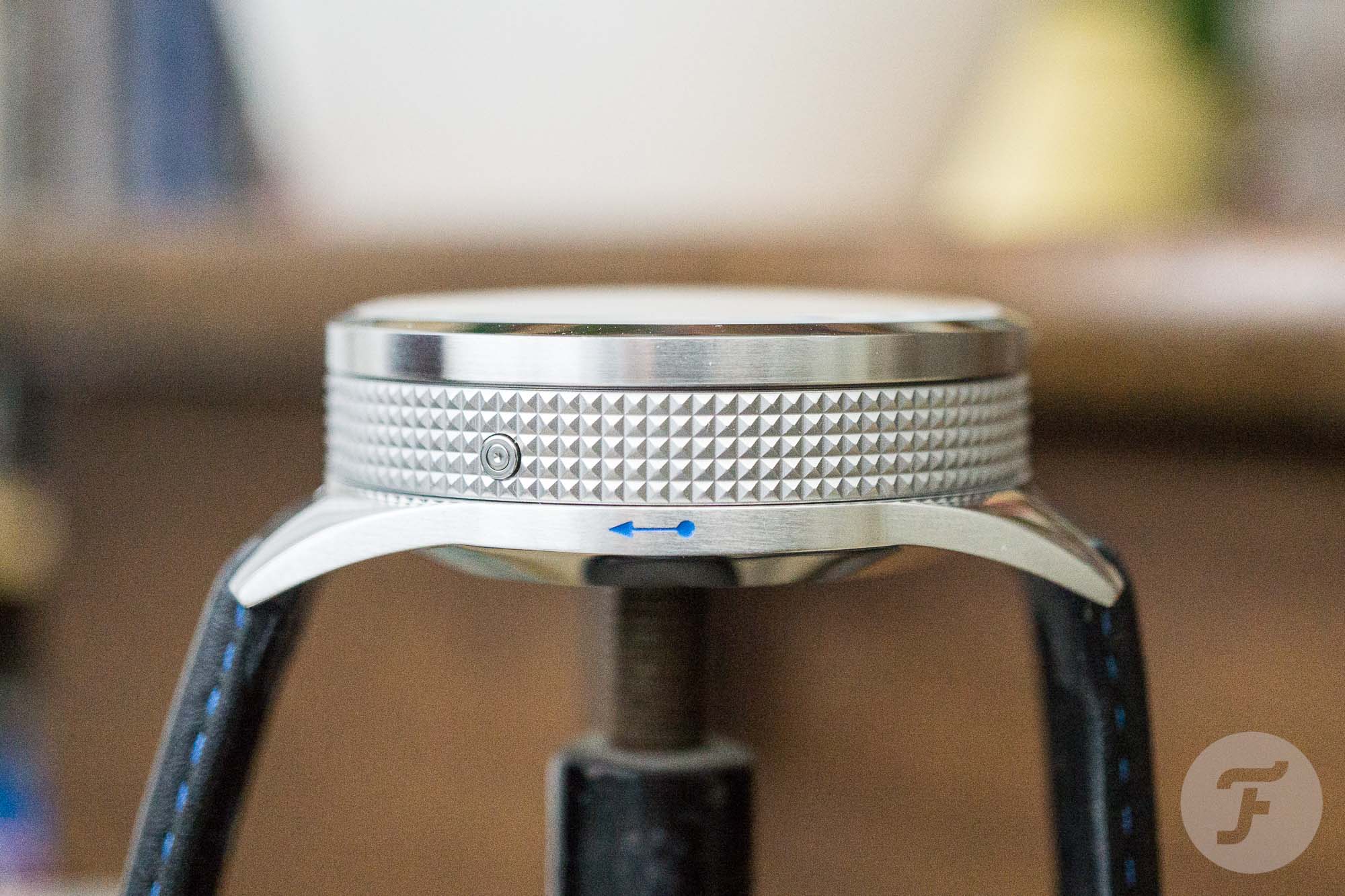 If you’d like to use the watch as a dashboard-clock for your new Alpine A110, you need to add a frame around the iPad-like center console and screw the watch into that. You’d do this only to use the chronograph function to time your laps at a circuit, perhaps. But possibly only because you can. Still, a fitting nod to the past. Speaking of the chronograph, the caliber inside the watch is the ETA 7753 (Valjoux A05.H31 as per Tissot’s website). This is a self-winding, 27-jewel caliber with up to 60 hours of power reserve and a ticking speed of 28,800vph. Other than the chronograph (which we will talk about below), the Tissot Alpine On Board Automatic Chronograph also has a date feature. Interestingly enough, one would not set the date with the crown but with the corrector on the side of the case at 10 o’clock. 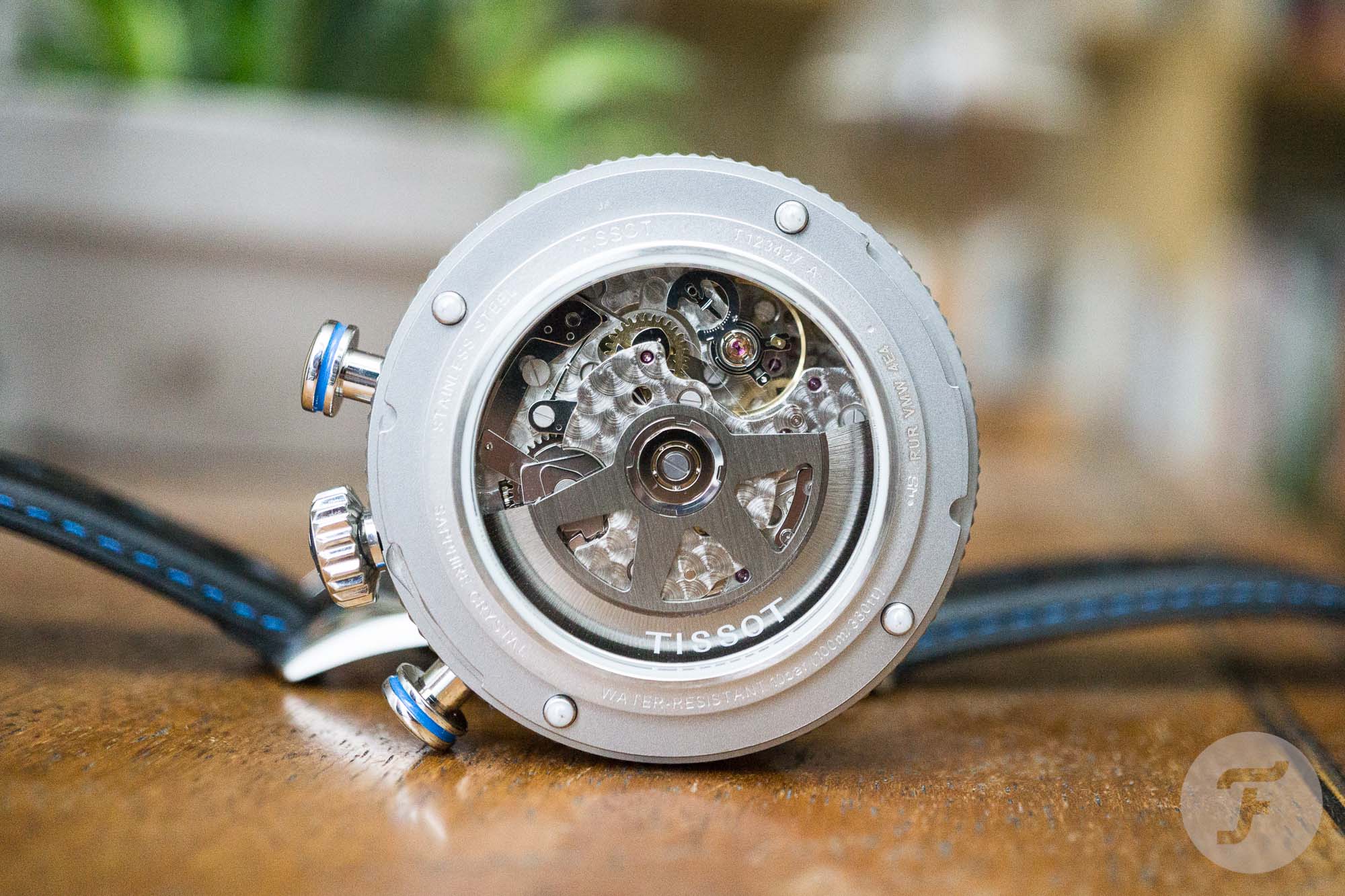 Being a relatively large watch, the Tissot Alpine On Board Automatic Chronograph’s dial is pretty simple and easy to read. The center has a black grained texture very similar to the Longines Skin Diver. We have raised indexes and no numerals other than the numbers around on the Tachymeter scale and the chronograph subdials. Of which we have 2, at 3 o’clock the 30-minute counter and at nine the continues seconds counter. The date aperture is at 6 o’clock. While the base color is black, most of the prints are in white with a few exceptions. These are the same blue as Alpine uses for their cars. Another nod to the collaboration is the counterweight of the aforementioned blue chronograph hand. You’ll see the Alpine “A” logo there. 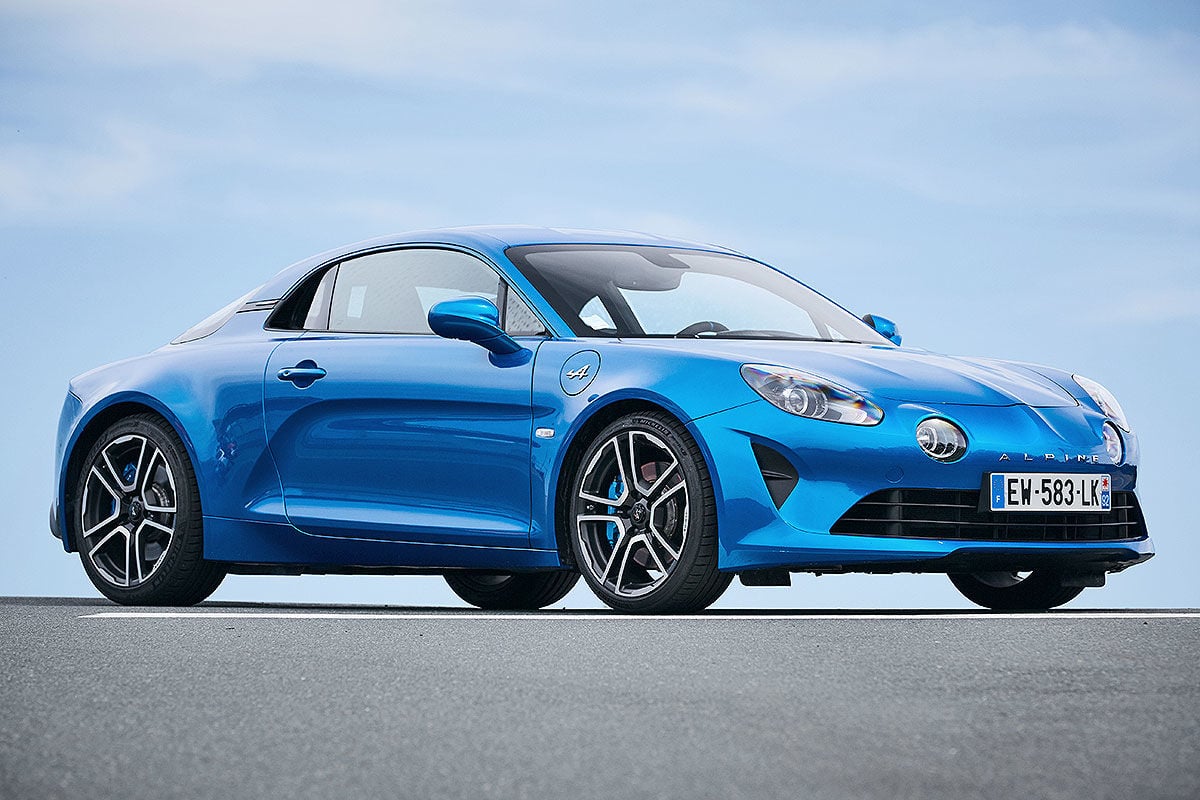 To play into the vintage feel the Tissot Alpine On Board Automatic Chronograph hands are the stick with a thin pointer as you’d see on many vintage Tissot chronographs. The dial is easy to read; the contrast of the black and white with the touch of blue is just perfect. Very well balanced and not overdone. The shine of the silver indexes might be a bit too much at times, but I think, all in all, they all work well together. Legibility is critical here since we would not only want to see the time on the wrist but also on the dash. Tissot achieved it well with these two-subdial executions. The large pushers make it very easy to operate the chronograph. 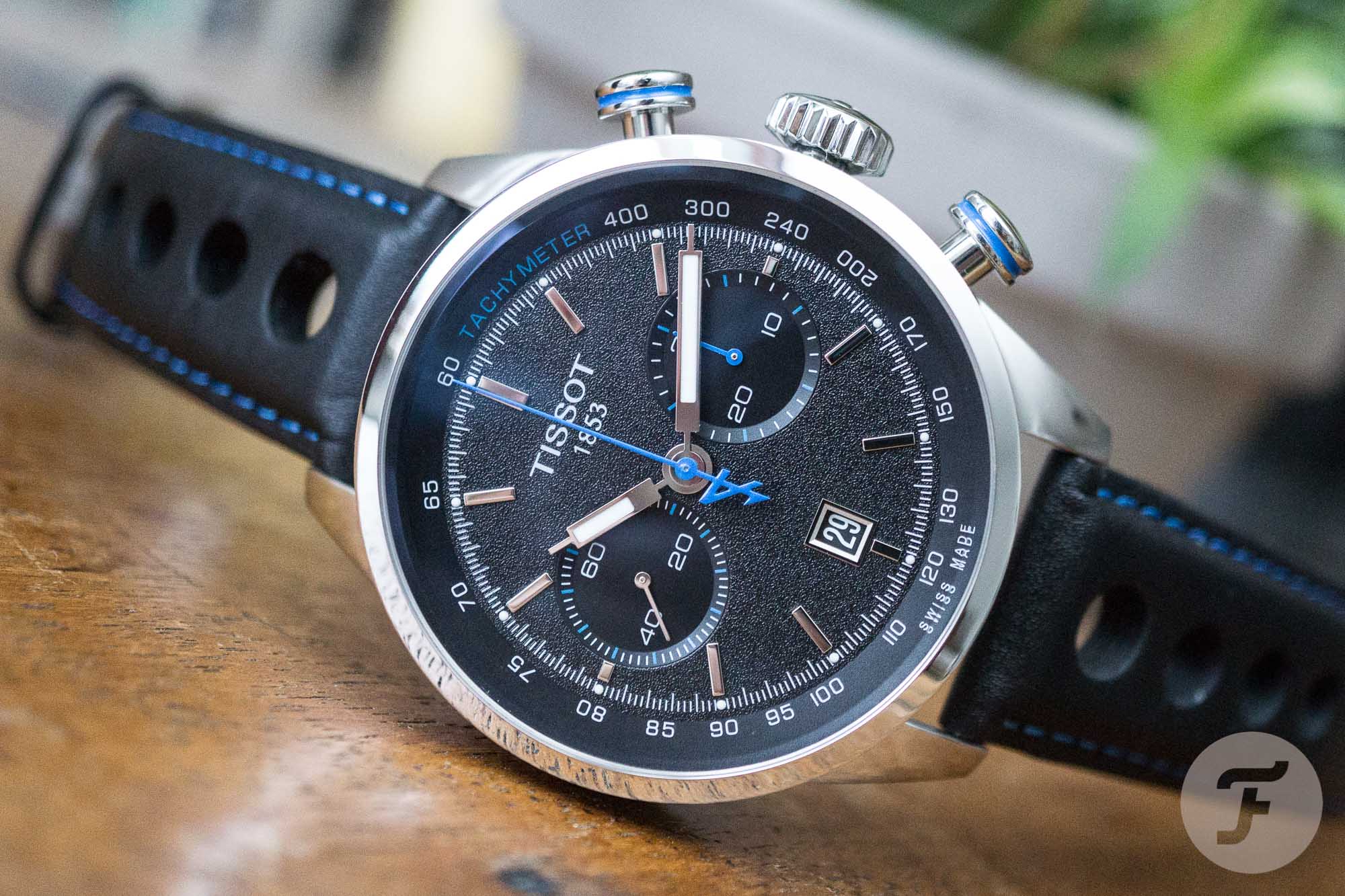 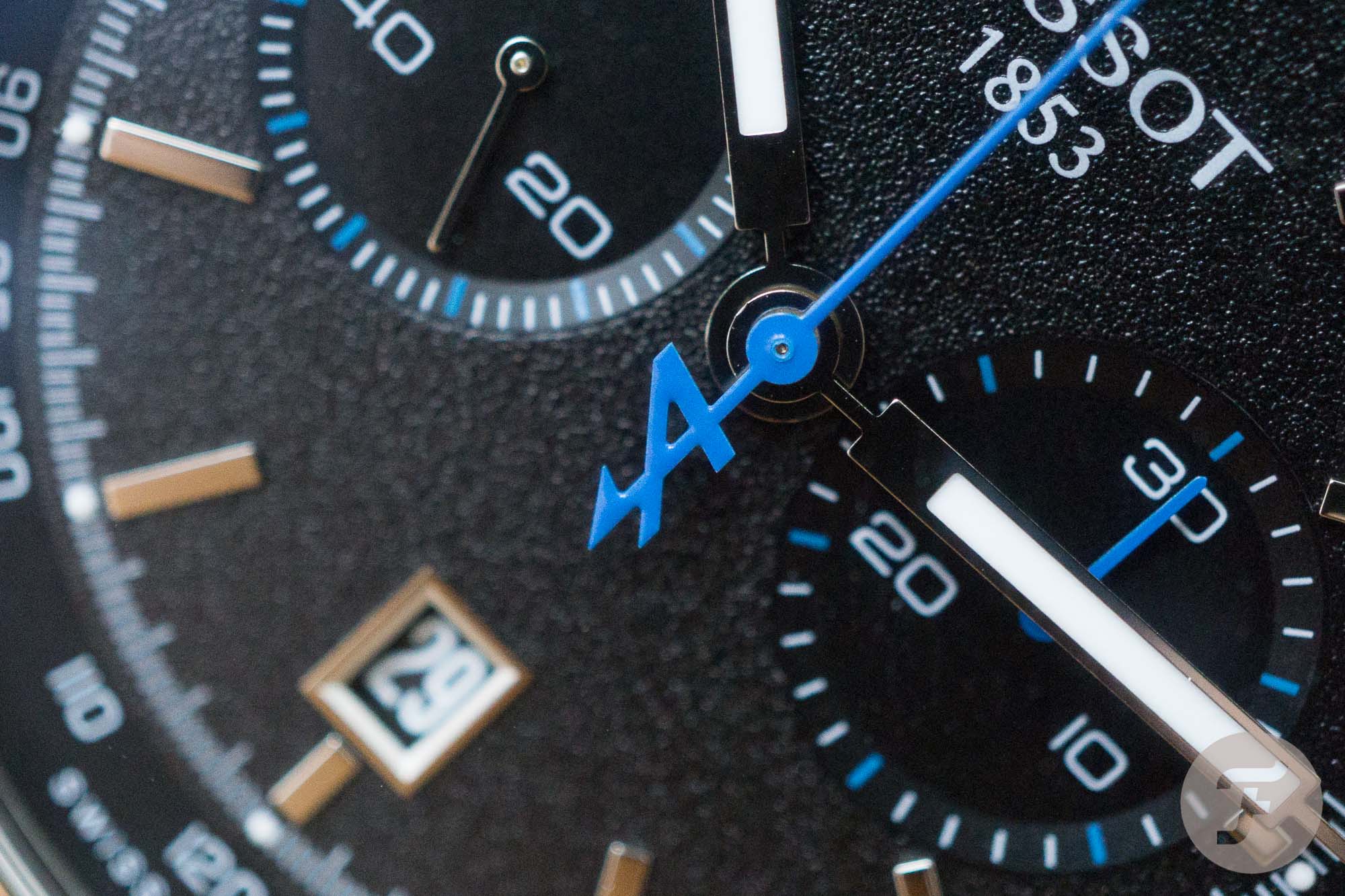 As the watch has a heavy car racing influence through and through, it was evident that the strap has to be matching to the overall theme. The Tissot Alpine On Board Automatic Chronograph comes on a padded, black, rally-style leather strap with matching blue stitching and steel butterfly clasp with push-buttons. Not a lousy strap at all, but as most of the time, I feel that Tissot could’ve done better with it. Although we are talking about a special edition, there is no limitation. As far as the price goes, Tissot did not go overboard with it. For €1,825 (German retail incl. VAT), you can take one home, which – even if we consider Tissot’s price range – is a very fair price tag. 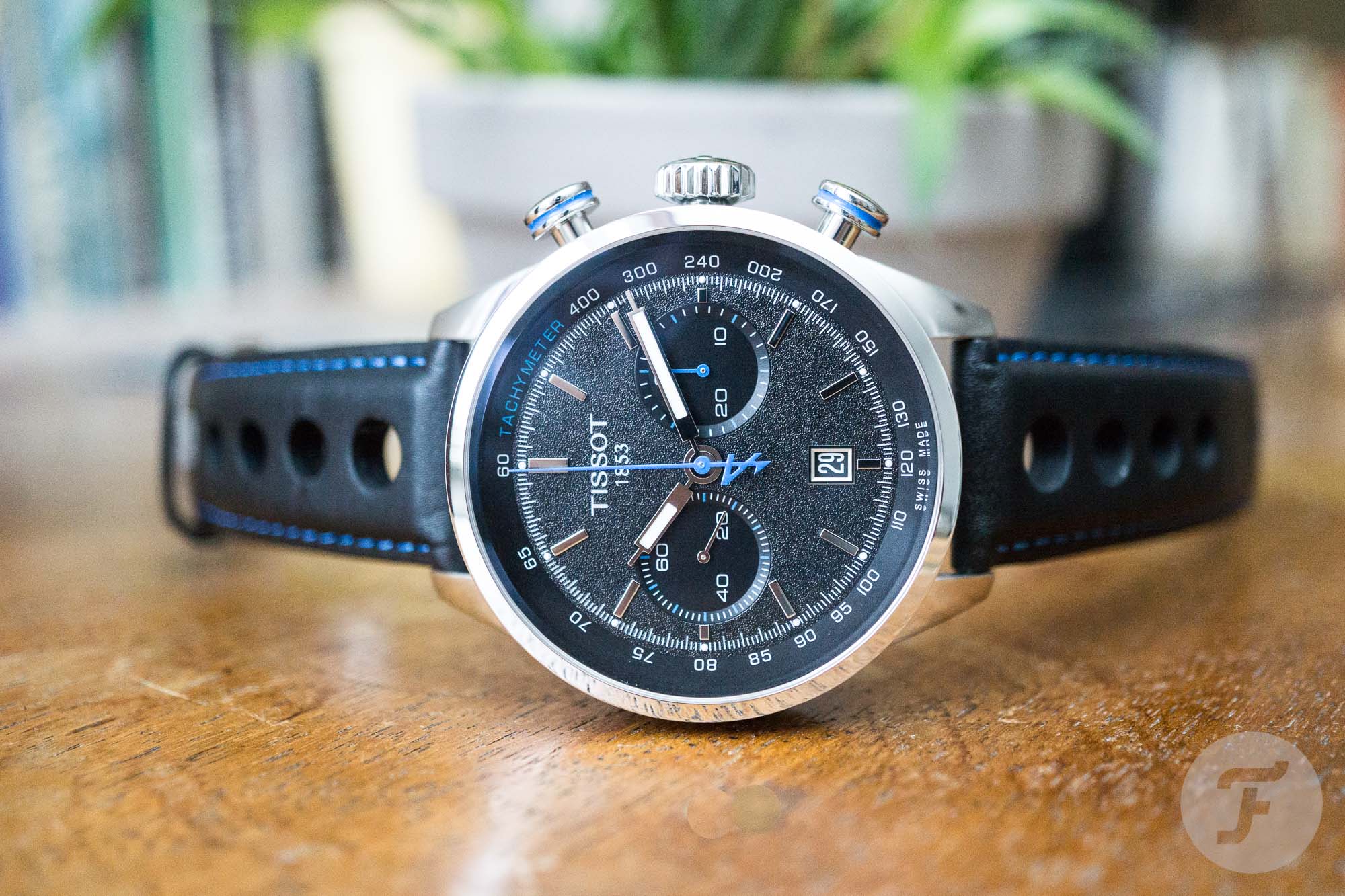