Well, with two of them...
Tomas Rosputinsky
comments 8
Share

I believe you have to be a specific person to buy this watch for daily use. I just don’t know HOW specifically specific. But what I do know for sure is that Yema LED Kavinsky hides bucket loads of character.

You know that kind of situation when you think you don’t know somebody, but eventually, you realize you know him or her in some way? Well, this happened to me with French musician Kavinsky. My musical preference leans more towards the Stravinsky end of the spectrum, so you can imagine I felt nothing when I found a press release about the Yema collab with Kavinsky. As I was pretty sure Stravinsky doesn’t need a watch anymore, I took to good old Google to figure out who this guy was. 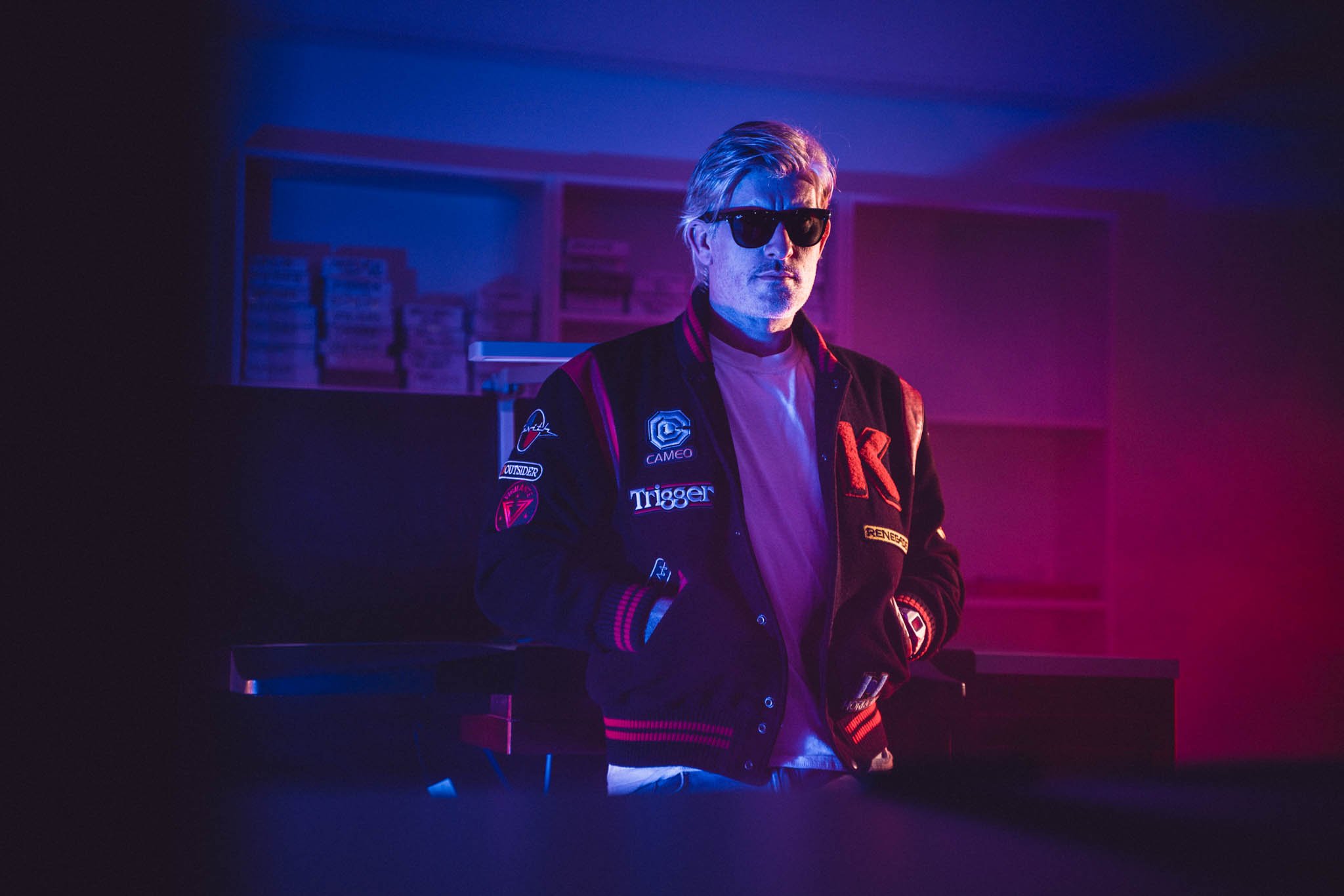 Now we are talking

Why didn’t you say in the first place that Kavinsky is the guy whose song “Nightcall” backed Ryan Gosling’s “drive” through the night streets? Of course, I know Mr. Kavinsky already, and I feel like I need to watch Drive again now! Wikipedia helped with my rapid self-education on Kavinsky’s background too:

“Kavinsky is a character created by Vincent Pierre Claude Belorgey that has a striking resemblance to Vincent himself. But the backstory does not follow anything in Belorgey’s history. Kavinsky’s story is that after crashing his Testarossa in 1986, he reappeared as a zombie in 2006 to make his own electronic music.”

After his first single, “Testarossa Autodrive”, Kavinsky established himself as a brand. Fast forward 15 years, and here we are. The French electronic musician is preparing for the release of a new album and a collaboration with French watch manufacturer Yema. Now that we’ve established the baseline, let’s jump into Yema LED Kavinsky watch. 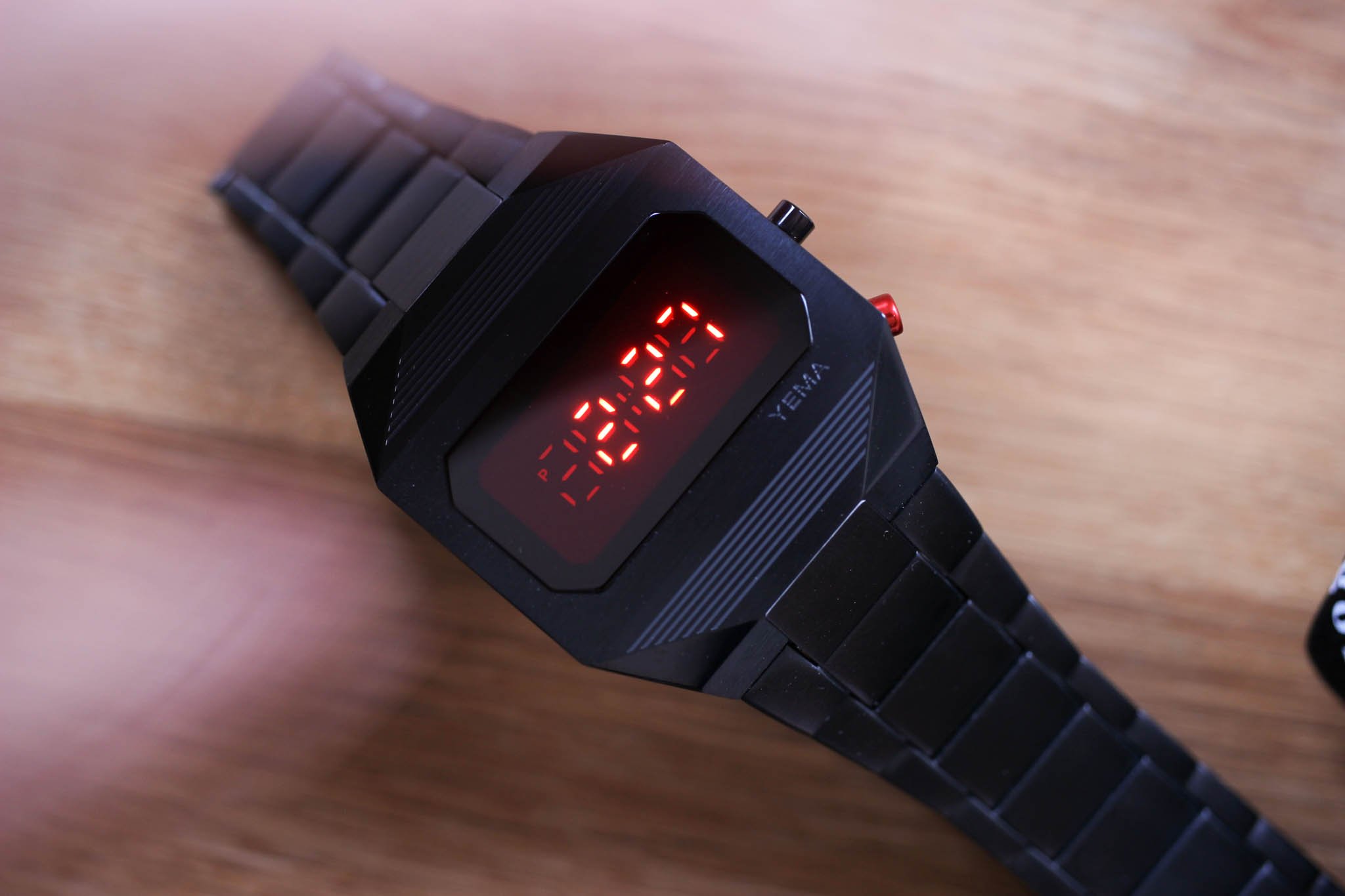 The same but different

A year and a half ago, Yema released the 1970s-inspired LED, which attracted my attention due to its daringly cut case. I found it perfectly odd, and I liked it. The new Kavinsky has basically the same case, it just has two sets of seven long, shallow grooves on the front face and a bit of a sportier cut to the lugs. Comparing it to the 2020 LED, I now find the earlier case that I liked so much way duller. These are such small details, but they make a huge difference.

The grooves add to the watch’s dynamic and give it extra retro vibes. They make the watch look younger and more rebellious. And the mysterious matte black-finished version is definitely my favorite of the two. Although they have the same physical dimensions, the steel version looks heavier and chunkier. My advice? Save any steel preferences for your next classy chronograph; opt for the black night warrior if the Kavinsky makes your heart race! Black fits with the LED display better, and the overall design just feels more compact. I hope you don’t find it an overstatement when I say that the Kavinsky was meant to be born in black. Full stop. 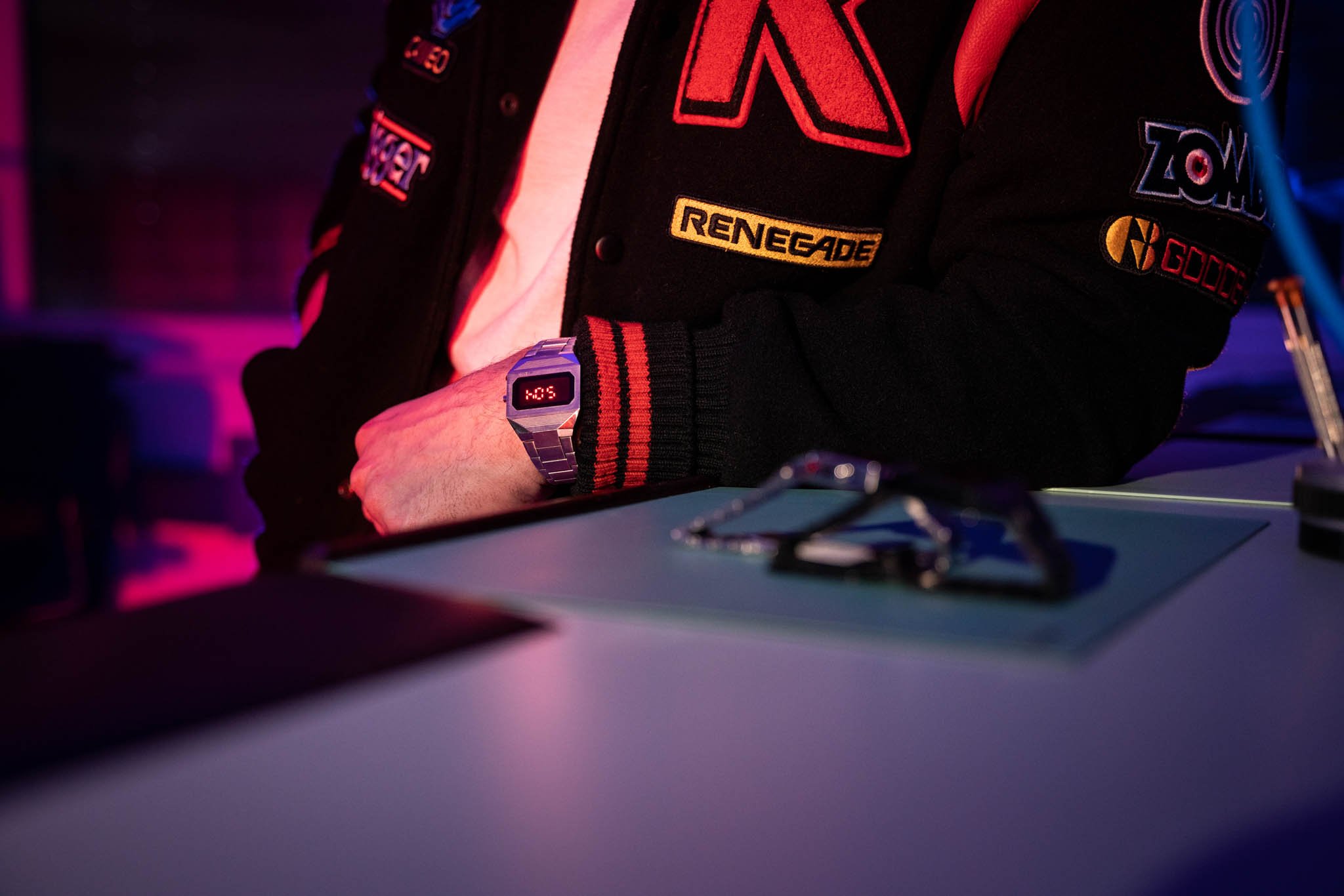 “The collaboration and discussion started with Kavinsky’s team. When they spotted our old LED watches, they approached us with an idea to design a new watch that matches Kavinsky’s character. The red button directly refers to Kavinsky,” explains Antoine Aurelie, Yema PR manager. 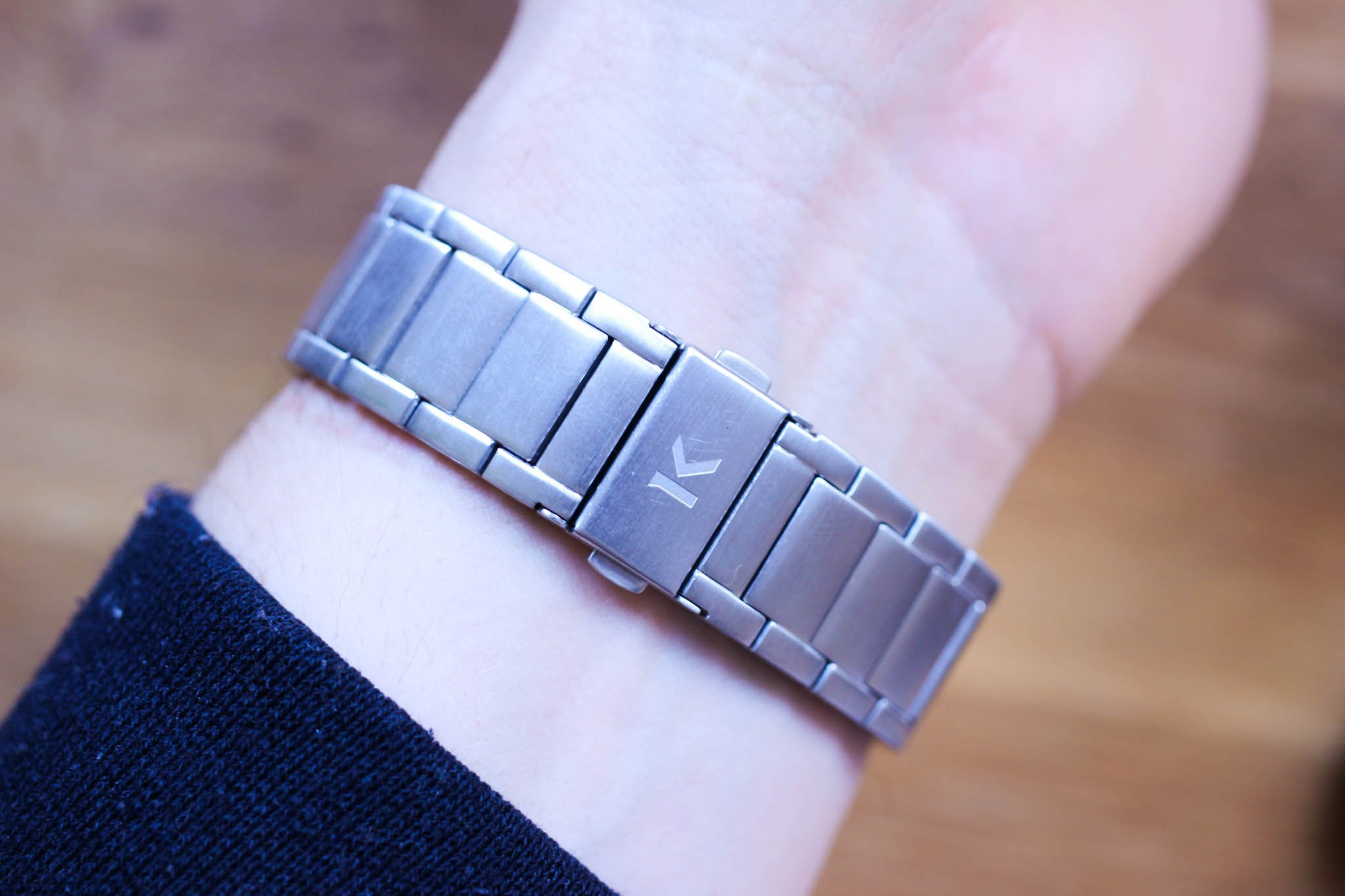 I kept putting off writing this article about the Yema LED Kavinsky, day after day for an outrageous two weeks. As a result, I spent some quality time with the watch, including working in the garage and hitting the playground with the kids. In comparison to the 2020 model, the new LED Kavinsky has a way better bracelet. And when I say “way better,” I mean from-the-Earth-to-the-Moon better! The 2020 bracelet is thick and sturdy, while the new one is way lighter and flexible. It’s uniquely developed for this model, and the clasp works easily and precisely. The Yema LED 2020 bracelet bothered me often, but that never happened with the new Kavinsky. By the way, the big, artsy “K” on the clasp of this Yema watch is something I also find quite daring.

The first day, I found it engaging to push the red “Hanhart-style” side button to illuminate the LED display. But honestly, after a week, especially when I was in rush, I found this additional step an unnecessary obstacle. If you plan to acquire an LED Kavinsky as your post-COVID companion for Friday-night bar hopping, it won’t be a huge bother. But if the Kavinsky is a candidate to become your only watch, I’d think twice before signing up for this type of inconvenience. 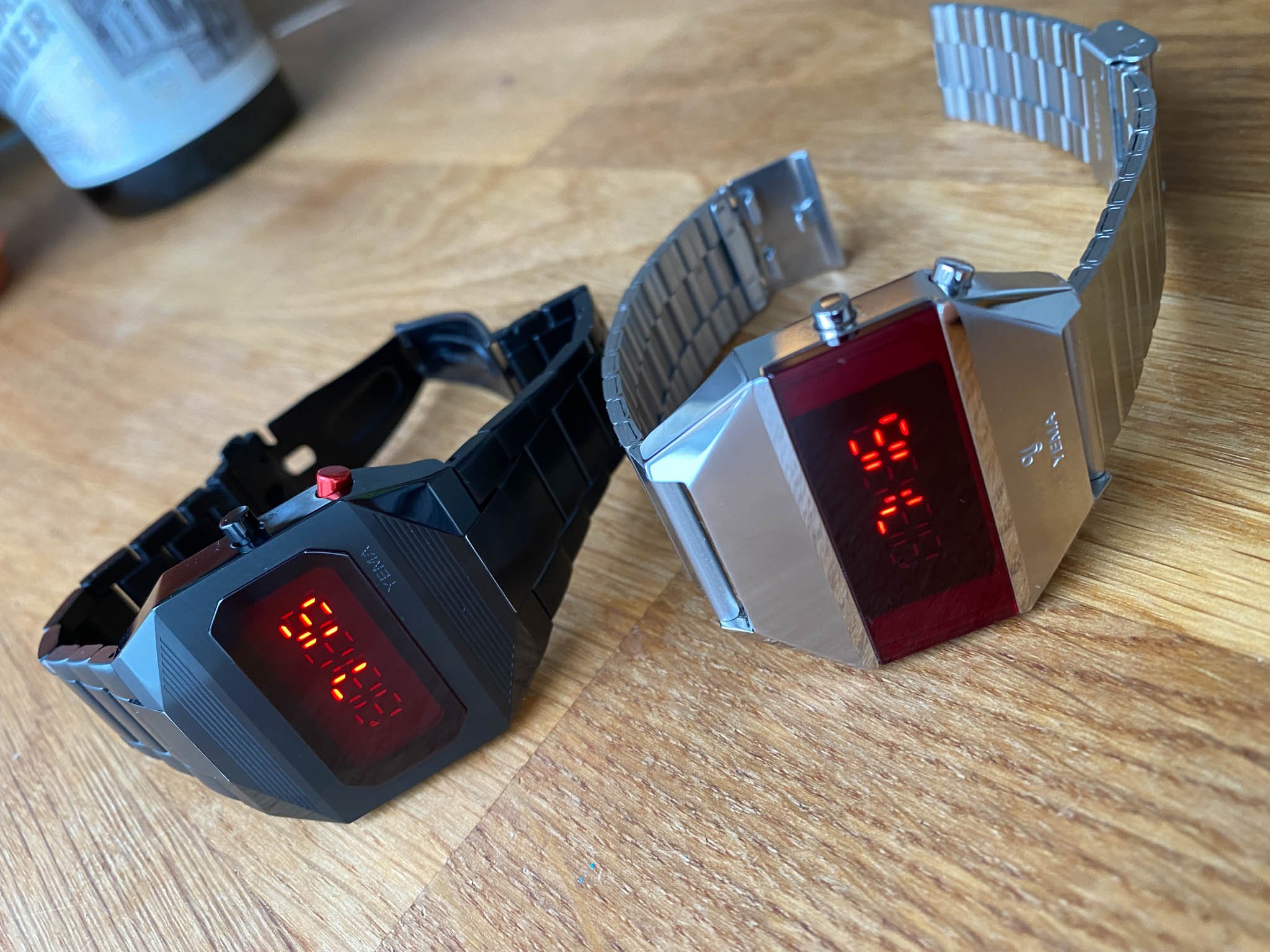 If I compare the legibility of the LED displays, the 2020 model is actually slightly better. When the dial lights up, the inactive segments of the numbers are not as bothersome as they are on the Kavinsky. I don’t know if it’s the different shading over the dial or just the fact that the batteries in the 2020 Yema LED just don’t have as much juice left. Yema says that the button cell used is the same and that the final production models should look exactly like the 2020 Yema LED. You can see the difference above.

Final thoughts on the LED Kavinsky 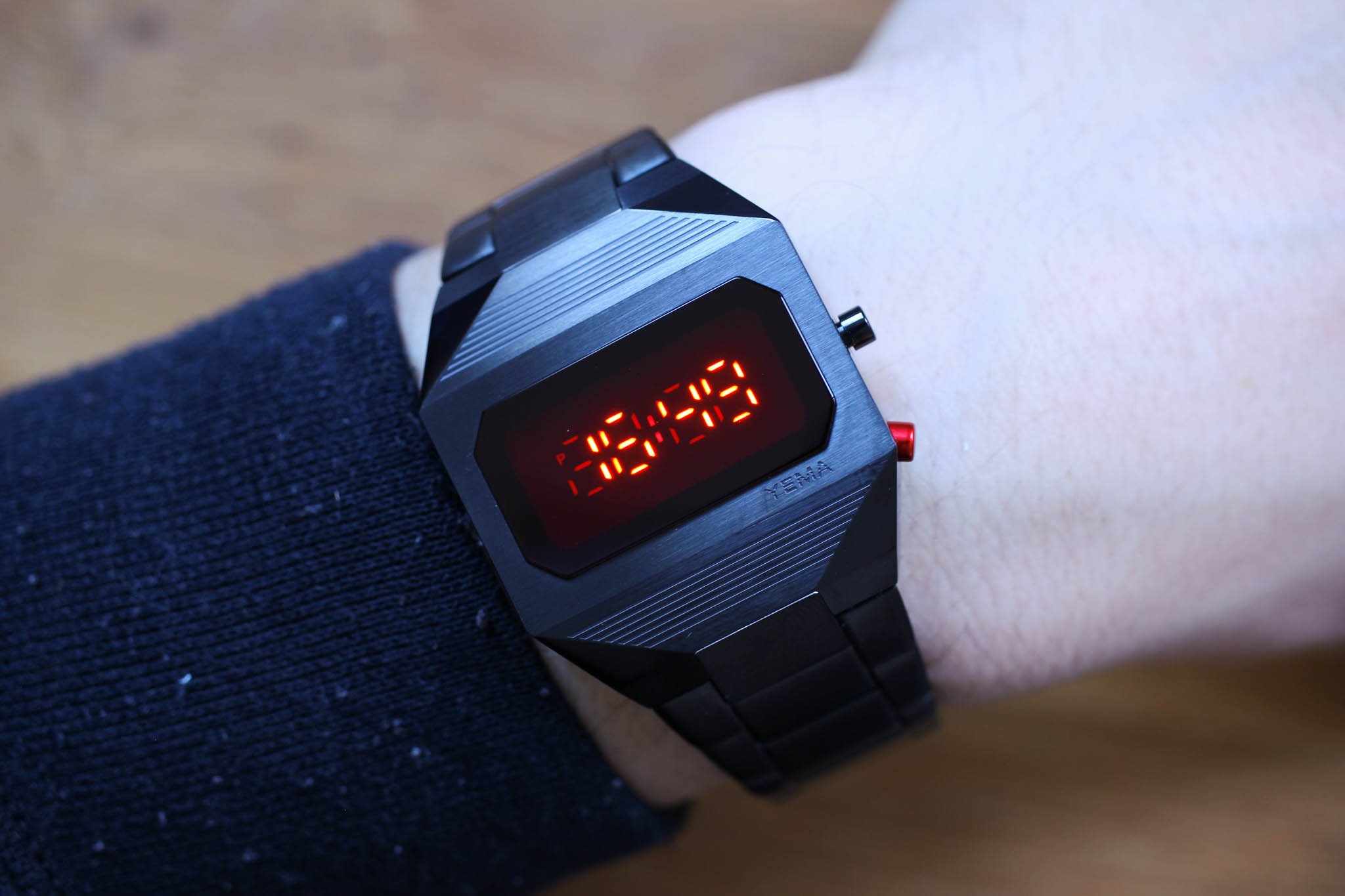 For me, the Yema LED Kavinsky is different and entertaining. The link to Kavinsky himself is not artificial at all, and it fits with the revival of the ’70s design. I really appreciate that the release of the watch is supported by rich and complex visual content, including epic mood videos. A similar watch in this price range that comes to my mind was the Q-Timex, and I believe that was successful too. We shall see what the future holds for this model.

Are you a fan of Kavinsky’s music? How do you feel about this watch? Feel free to share your take on this release in the comments.