How To Start A Microbrand: Part Two — Lorier Under The Loupe

The husband and wife team of Lorier Watches has taken the big step, from running their microbrand as a Side-Gig to Full-Time horology. Both moved across the US, leaving their Texas teaching jobs for New York, with what is now an established brand on the scene. So while you might have read my first part on How To Start A Microbrand and are sketching up your first design, this transition takes a giant leap of faith and, well, guts. Let’s find out how they managed the shift from hobby brand to Full-Time watch design and sales. Lorier Watches managed this without funding on Kickstarter, instead Self-Financing their first batches of production. Lauren and Lorenzo’s recipe for success is as simple as it is complex and might sound tempting to many budding watch designers out there. 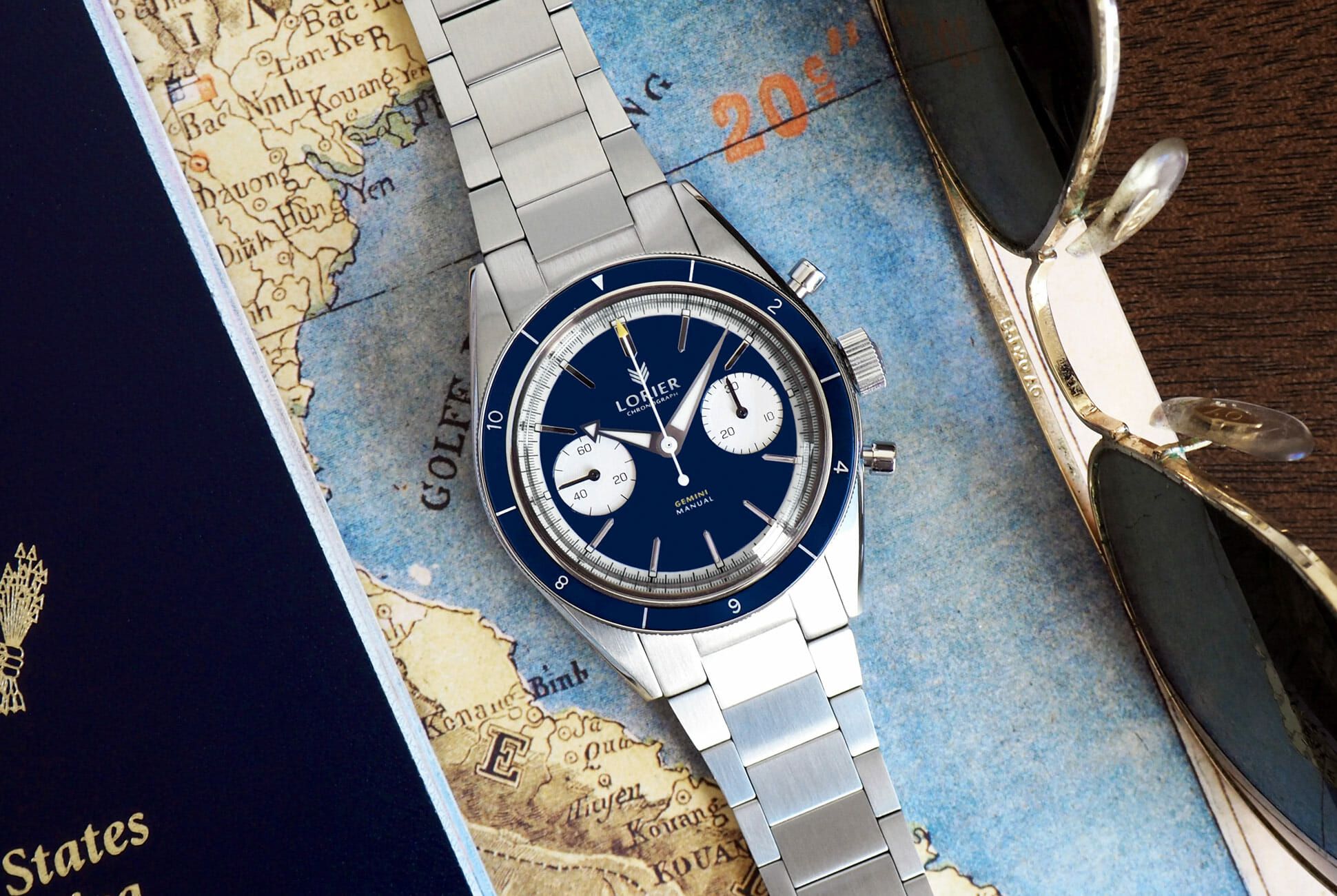 TS: I’ve always respected your strong debut move of avoiding crowdfunding through the usual channels, what made you take this decision, and was it a conscious one?

Lauren of Lorier tells us: “We’ll never know if it would have been harder or easier to go with Kickstarter, but there were two reasons why we decided against it. First, knowing we were going all-in made it feel a lot more real and made us more committed. That not only helped mentally but also in terms of sticking with our vision when working with manufacturers. Secondly, we wanted to show that we weren’t ‘just another Kickstarter watch brand’ (of which there were already a lot at the time). To be honest, it wasn’t the responsible choice. We were saving up for a down payment on a house, which is what reasonable adults supposedly do, but we decided to bet on ourselves instead. It isn’t sensible, and we were a little bit naïve, but we were fortunate that things turned out the way they did.” 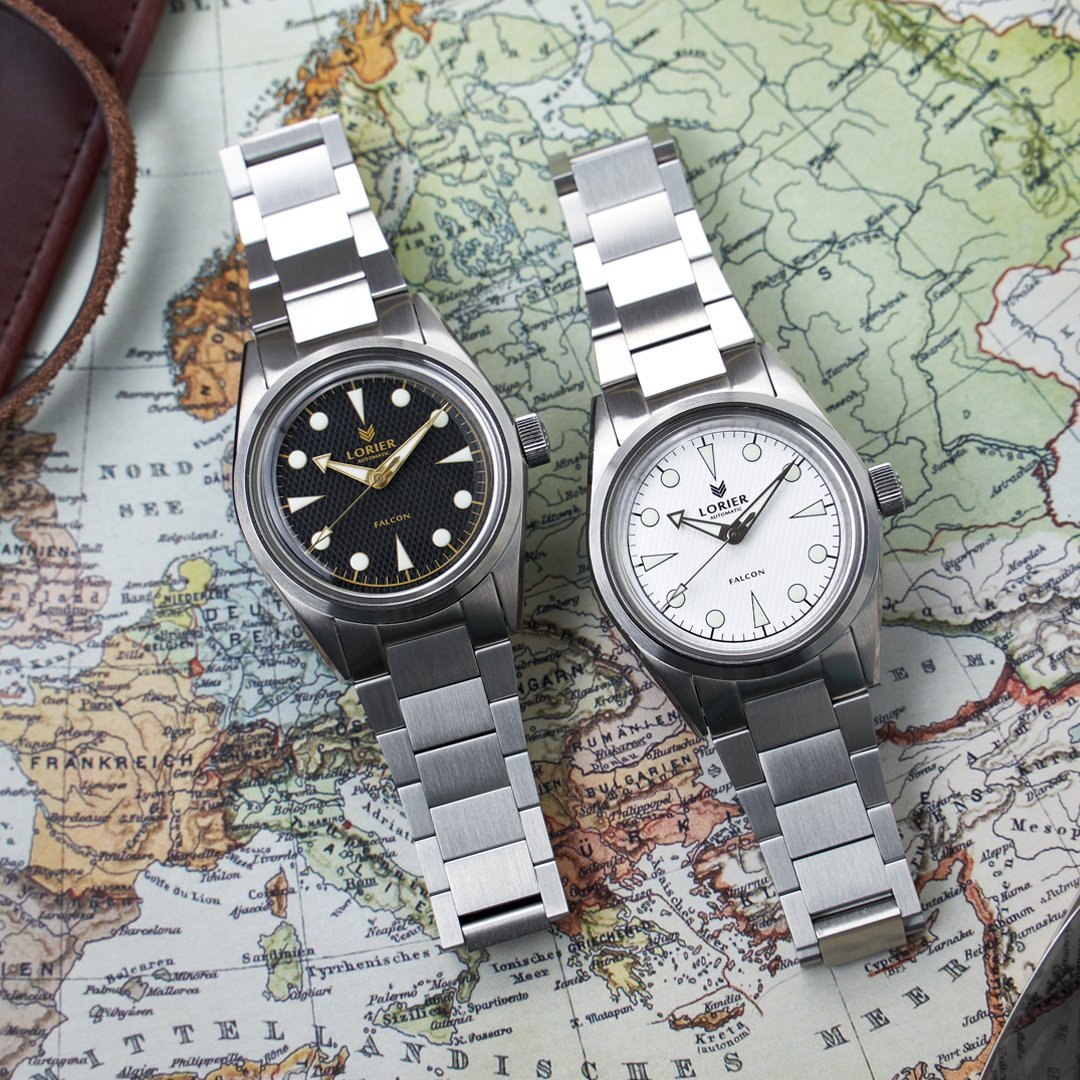 How to start a microbrand: maintaining momentum

Lorier’s debut wristwatch the Neptune now is in its third version, with 3 other lines running in parallel, seemingly in a constant state of Sell-Out popularity.

TS: What is Lorier’s marketing strategy – and did the Pandemic caused a dip due to the lack of events like the Wind-Up Watch Fair?

“We actually grew during the pandemic”, Lauren tells us. “The question is would we have grown more? We’ll never know. And to be blunt, we’re amateurs at marketing. There’s no grand strategy and we’ll readily admit that there’s room for improvement there. At the foundational level, we just do our best to have a clear philosophy and intention, reflected both in our design language and the way we communicate. Since most of that is through social media and word of mouth among watch enthusiasts, we feel like it’s especially important to be as direct and transparent as we can in terms of what we want to achieve and offer. Ultimately, we feel like the level of quality and design should speak for itself.”

Lorier is one of the few microbrands I know that have taken the step from Part-Time business while Lauren and Lorenzo were teaching in Texas, to a Full-Time business including moving to New York, a step that remains a daydream for many a microbrand. 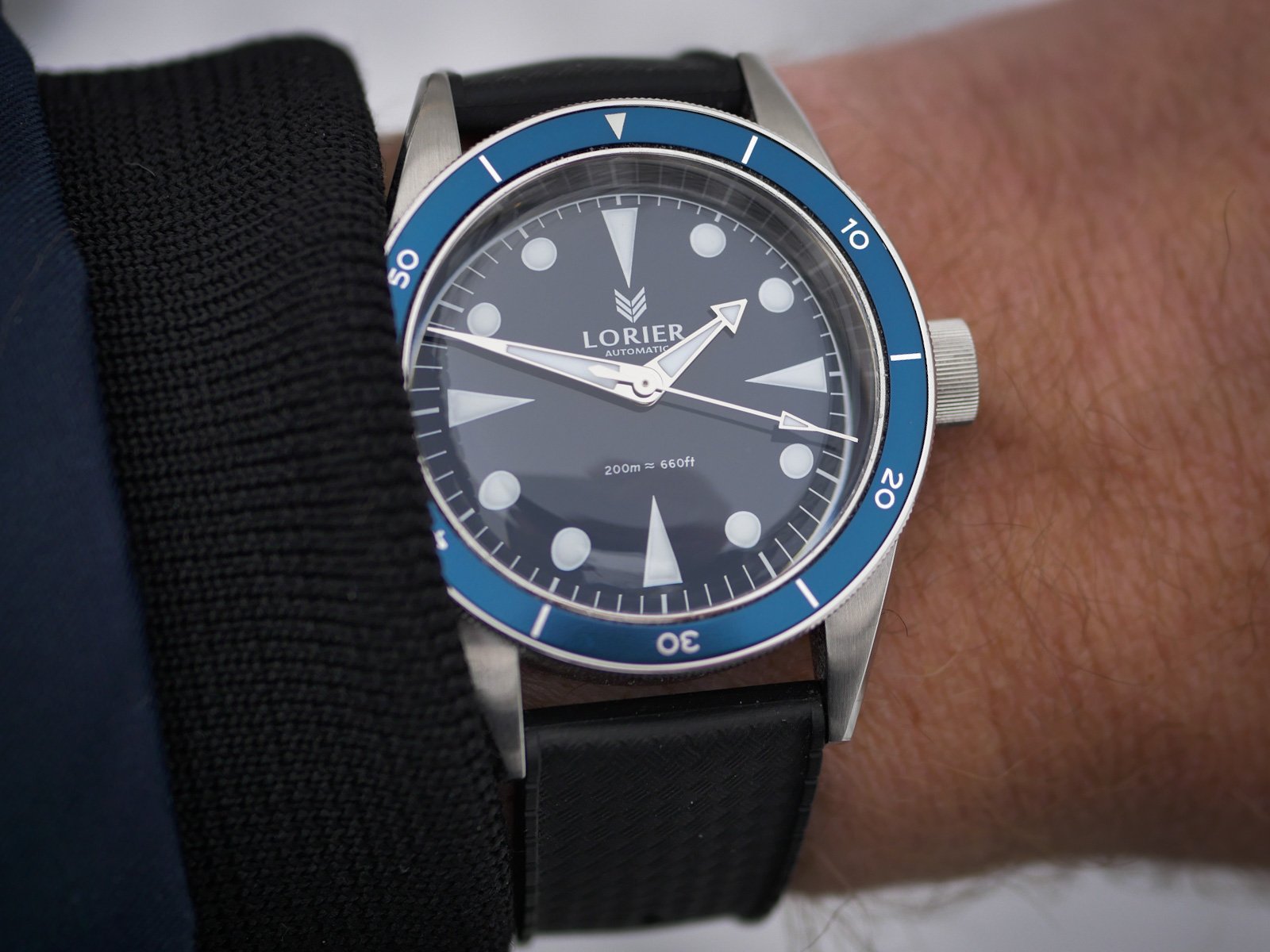 From Side-Gig to Full-Time

TS: Did this major shift in your life live up to its expectations?

“Definitely” Is Lauren’s concise conclusion. “It would be impossible for us to do this part-time unless we outsourced a lot of the work, and we’d much rather be as hands-on as we can. So it’s become more than a Full-Time job. We were always New Yorkers at heart, so being back in New York is something that we had been wanting for a while anyway. Working for ourselves just enabled us to make the move back. And on what this did for Lorier Watches as a business,” Lauren says, “It’s certainly helped the business as well. We have the best service center (Grand Central Watch), and because New York is so central, it’s much easier to connect with watch media and enthusiasts.” 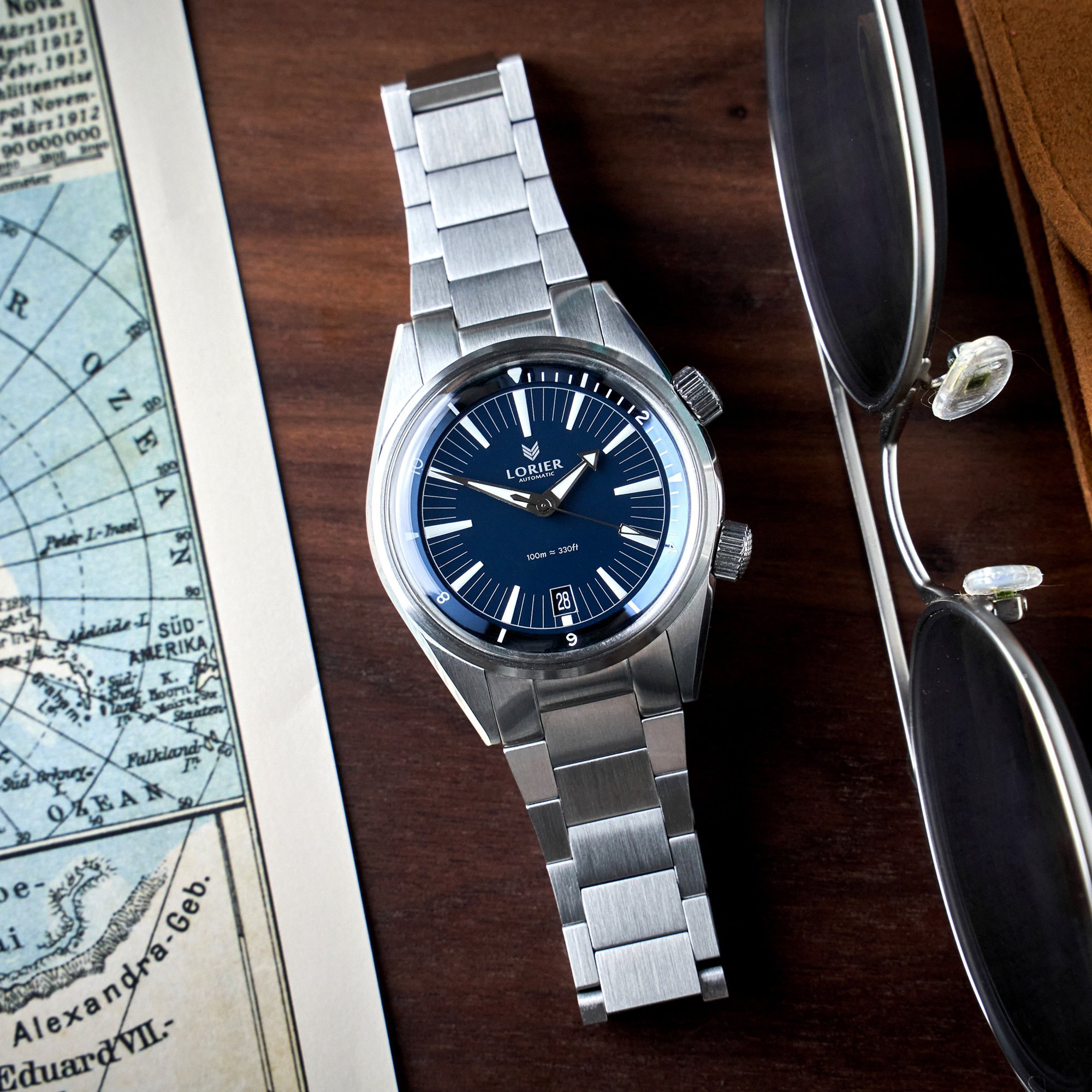 TS: And Lauren, if you could give us One sentence of advice for a future microbrand starter, what would that be?

“No compromises” was Lauren’s quick reply, and that came without a second of hesitation. 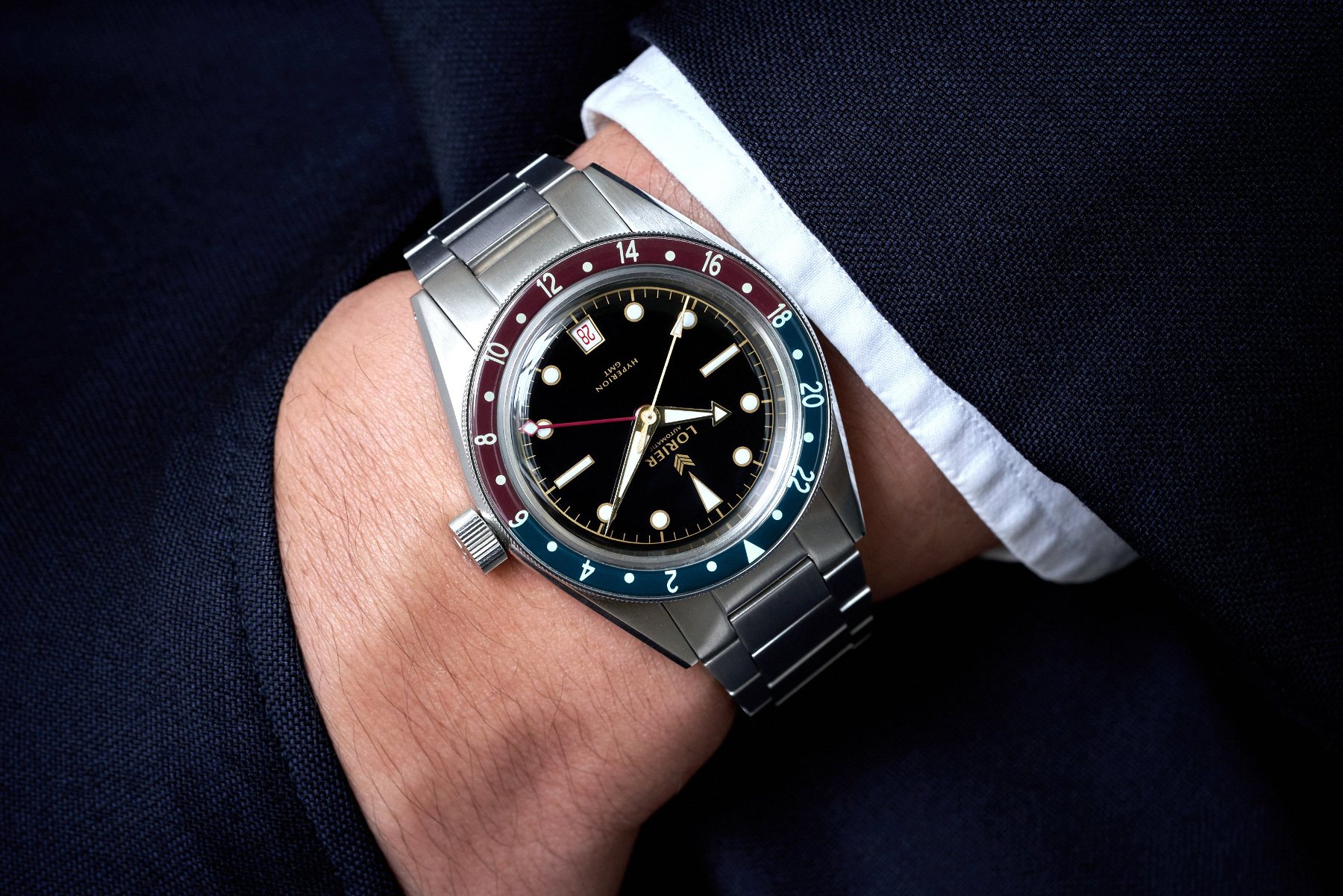 The Lorier Hyperion GMT is almost good enough to be the 1675 homage Rolex never released, and while I personally have enjoyed three of the Black Bays, the Hyperion is a slim wonder even more true to fifties travel glamour. With its 39mm diameter it has the same delightful diameter as the Black Bay 58, but sits all too sleek on the wrist with a sweet 10.7mm thickness coupled with its short 47mm lug to lug length. It seems unfair to the Lorier putting it up against the $3,700 massive hit from Tudor, and there are obvious quality differences. But I’ll happily admit to owning a 58 for 10 months in what was a frustrating relationship of unrequited love and on/off infatuation.

It seems silly to say, but the Hyperion transcends its price tag, making up for un-Tudoresque bevelling with oodles of charm, something the BB58 for me sorely lacked in its perfection. Like a woman (or man) you fall for, there is that cheeky look, that certain je ne sais quoi that speaks of more than pure universal beauty. And that is the strong point of the Hyperion. At the same time, there is more inspiration than similes and pure homage in its design, something I do love. This permeates the entire Lorier catalog, and at a Budget-Friendly $799 with a Soprod C25 automatic movement, the value of this GMT speaks for itself.