Grand Seiko has put great emphasis on the Evolution 9 Collection, which represents the future of the brand. The five releases that Grand Seiko has announced today represent the sportier side of the collection. Previously, we have seen the release of dressier timepieces with the SLGH005 “White Birch” and the SLGA009 “White Birch II” as stand-out pieces. The collection also contains a number of exclusive dress watches in precious metals that are both expensive and impressive. For this new, sportier drop, the brand has chosen to release two new chronograph GMT models. Currently, Grand Seiko has quite an extensive selection of chronograph GMT watches in its Sport Collection. These two new releases follow a familiar design aesthetic, but both have some new tricks up their sleeves. 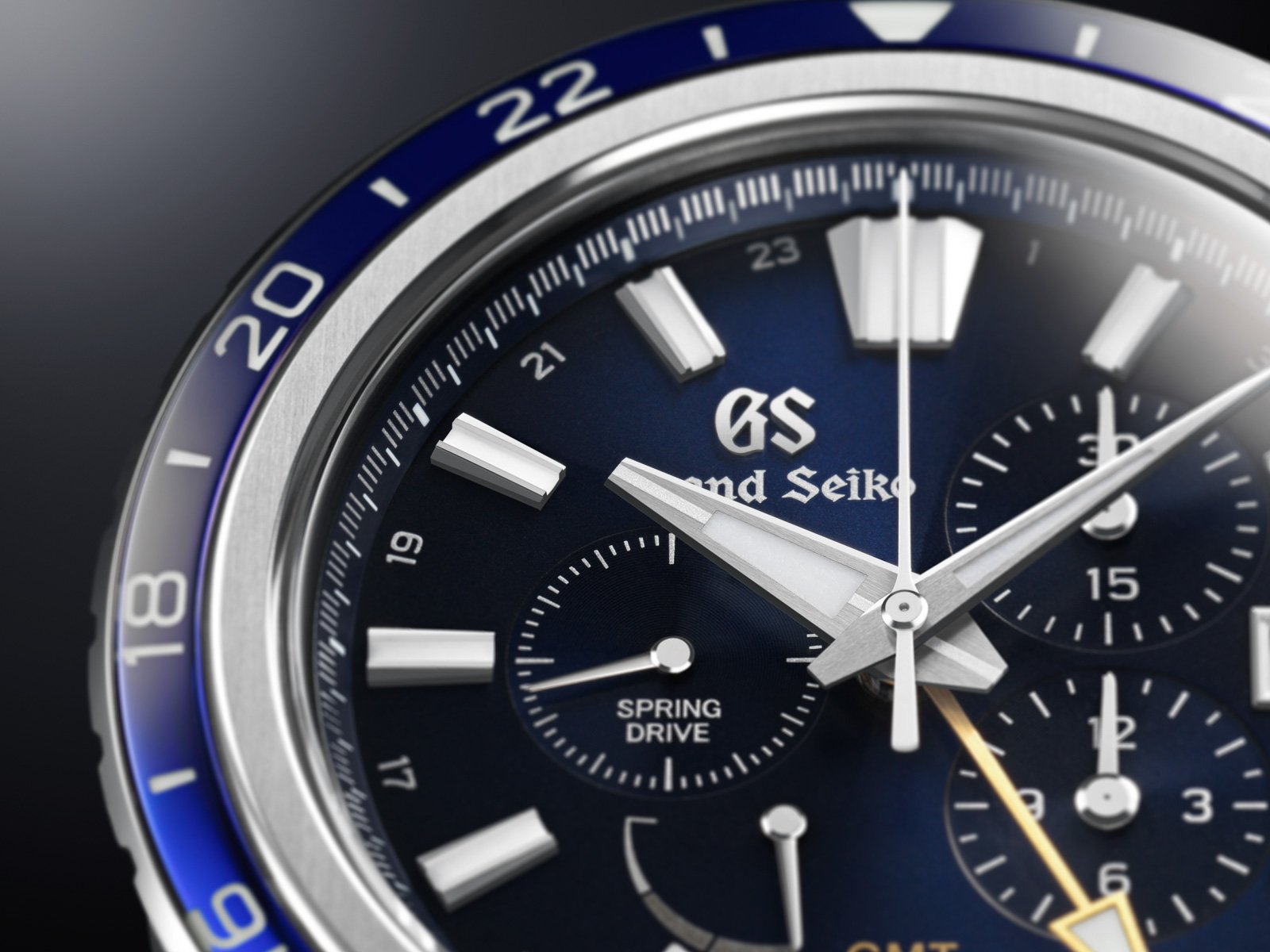 The sportier side of the Evolution 9 Collection

Both the new limited-edition SBGC249 and the regular-production SBGC251 are executed in titanium. The watches come with a newly designed 45.3mm brushed titanium case that is a substantial 15.8mm thick. Compared to the current SBGC240, SBGC242, and SBGC244 Spring Drive chronograph GMT models in the Sport Collection, the watches are larger but thinner. The current models measure 43.8mm in diameter and are 16.1mm thick. Those case shapes, however, are based on the 44GS-style case, whereas these new cases are definitely sportier and modern modern-looking. But in all honesty, with dimensions like these, you are looking at a bold statement piece rather than a sophisticated symbol of style. 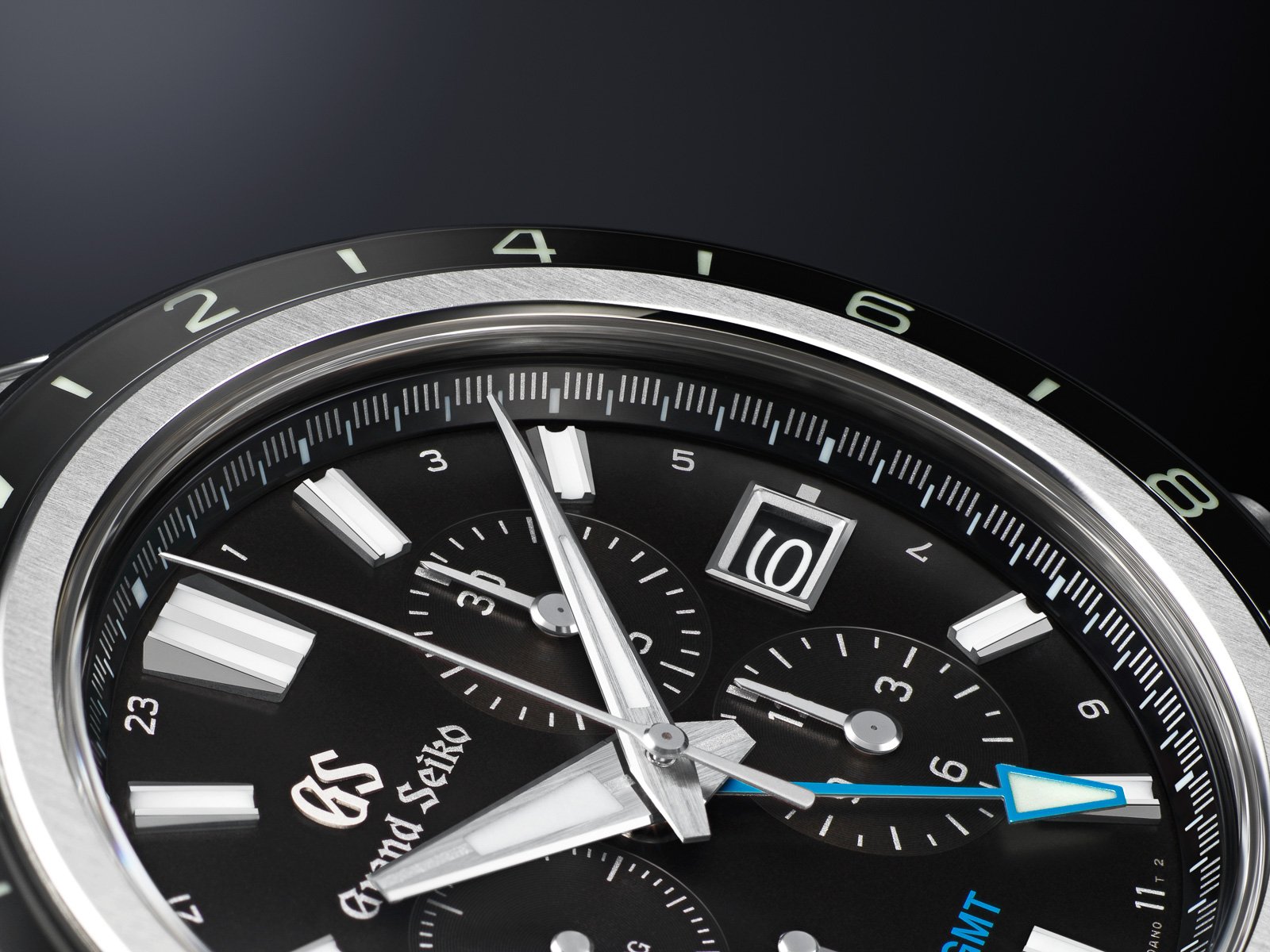 Both watches come equipped with a brushed titanium bracelet with a three-fold clasp and a push-button release. The watches also feature a screw-down display case back and a screw-down crown ensuring 10 bar/100 meters of water resistance. Finally, both models utilize a dual-curved sapphire crystal with an anti-reflective coating. At first glance, these two watches come across as a bit of an acquired taste. They are quite substantial in size and have a lot going on on the dial. While legibility is not really an issue, these are busy dials with small seconds and chronograph registers, a date window at 3 o’clock, a power reserve indicator, and central hands for the chronograph seconds and GMT functions. 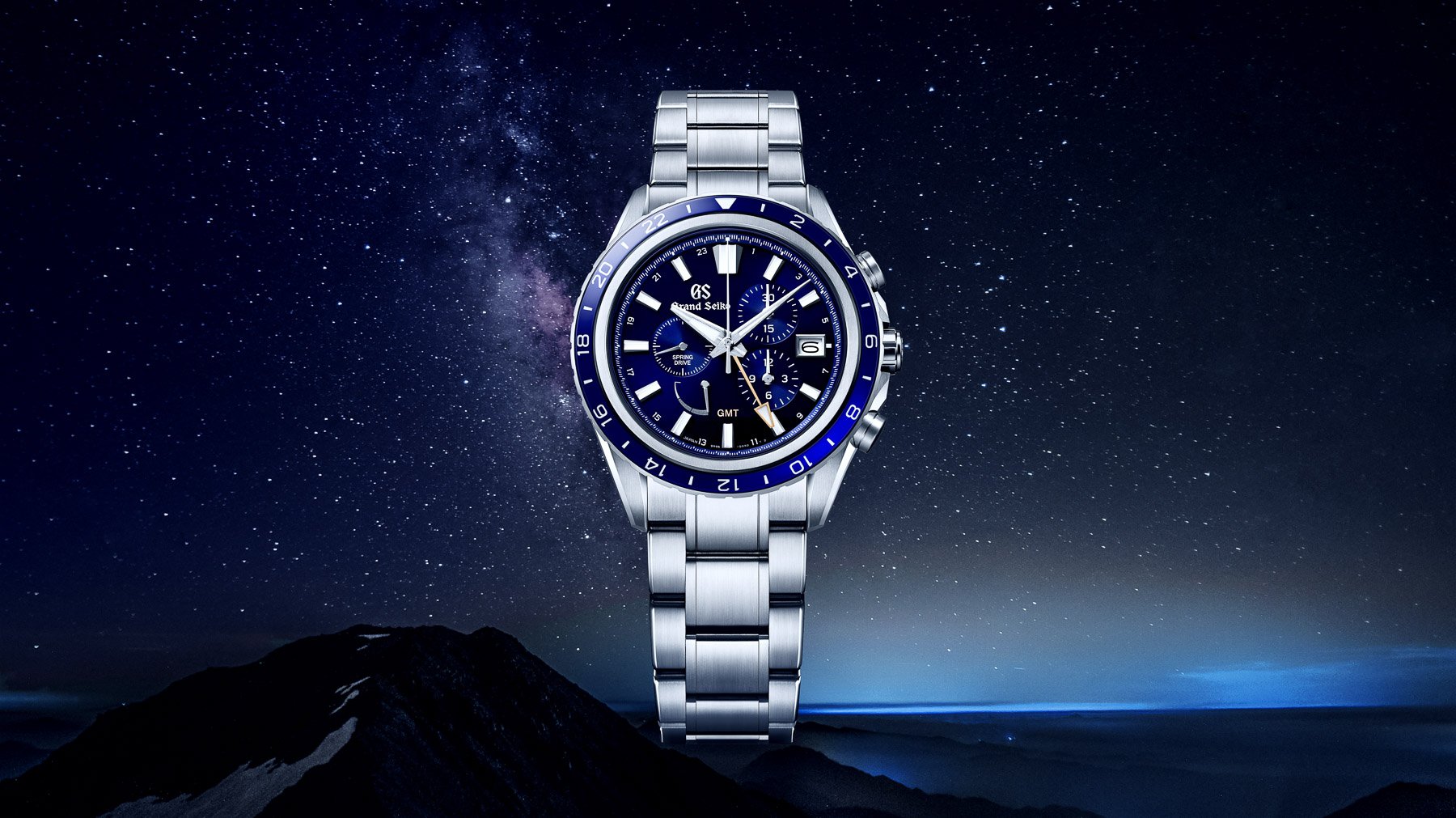 If we zoom in on the two watches, we find out there are differences in the colors and movements. The limited-edition Grand Seiko SBGC249 celebrates the 15th anniversary of the brand’s Spring Drive Chronograph watches. This release is limited to a production run of just 700 pieces, featuring a blue dial and a blue rotating bezel. The watch comes equipped with a 12-hour chronograph and a high-contrast light yellow GMT hand, making it possible to display the time in a second or even third timezone. 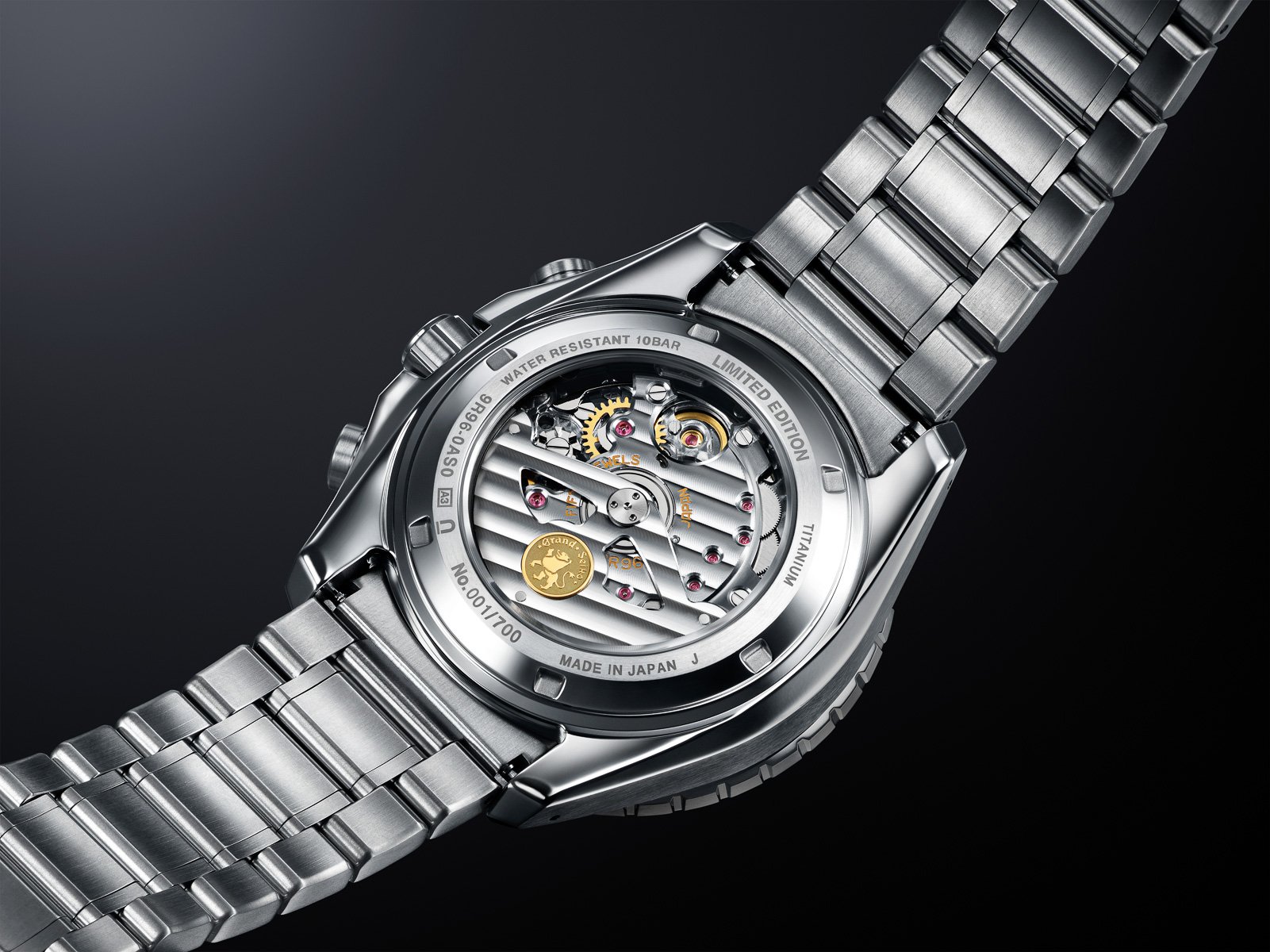 Inside the titanium case, Grand Seiko has equipped the watch with the Spring Drive Chronograph GMT Caliber 9R96. This is a specially adjusted version of the 9R86, and it debuted in 2020 in the 60th Anniversary Limited Edition SBGC238. Grand Seiko also used it for the limited-edition SBGC247 that debuted in January this year and also celebrated the 15th anniversary of the Spring Drive chronographs. So, in essence, this is not a new movement, but this watch is the first in the Evolution 9 Collection to feature it. 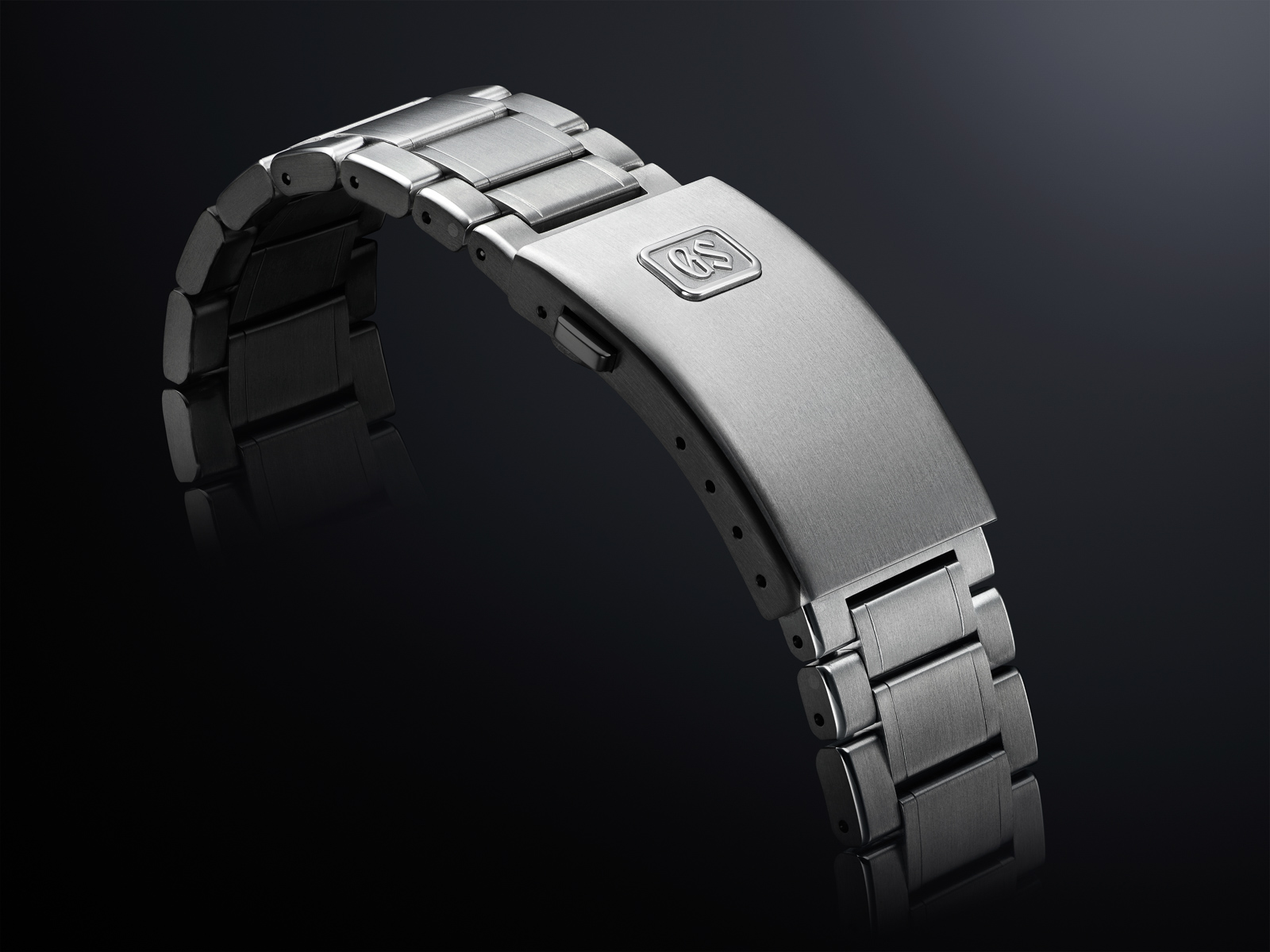 The Caliber 9R96 has 50 jewels, a 72-hour power reserve, and a column-wheel chronograph mechanism. In terms of accuracy, Grand Seiko has made a step forward with this movement compared to the caliber 9R86. The stated accuracy is an impressive ±0.5 seconds per day or an average of ±10 seconds per month. As mentioned, you can see the movement in action through the sapphire display case back. The finishing of the Spring Drive caliber is immaculate, as we have come to expect from Grand Seiko. On the case back, you will also find the limited-edition number of your timepiece, indicating it is one of 700 pieces in total. 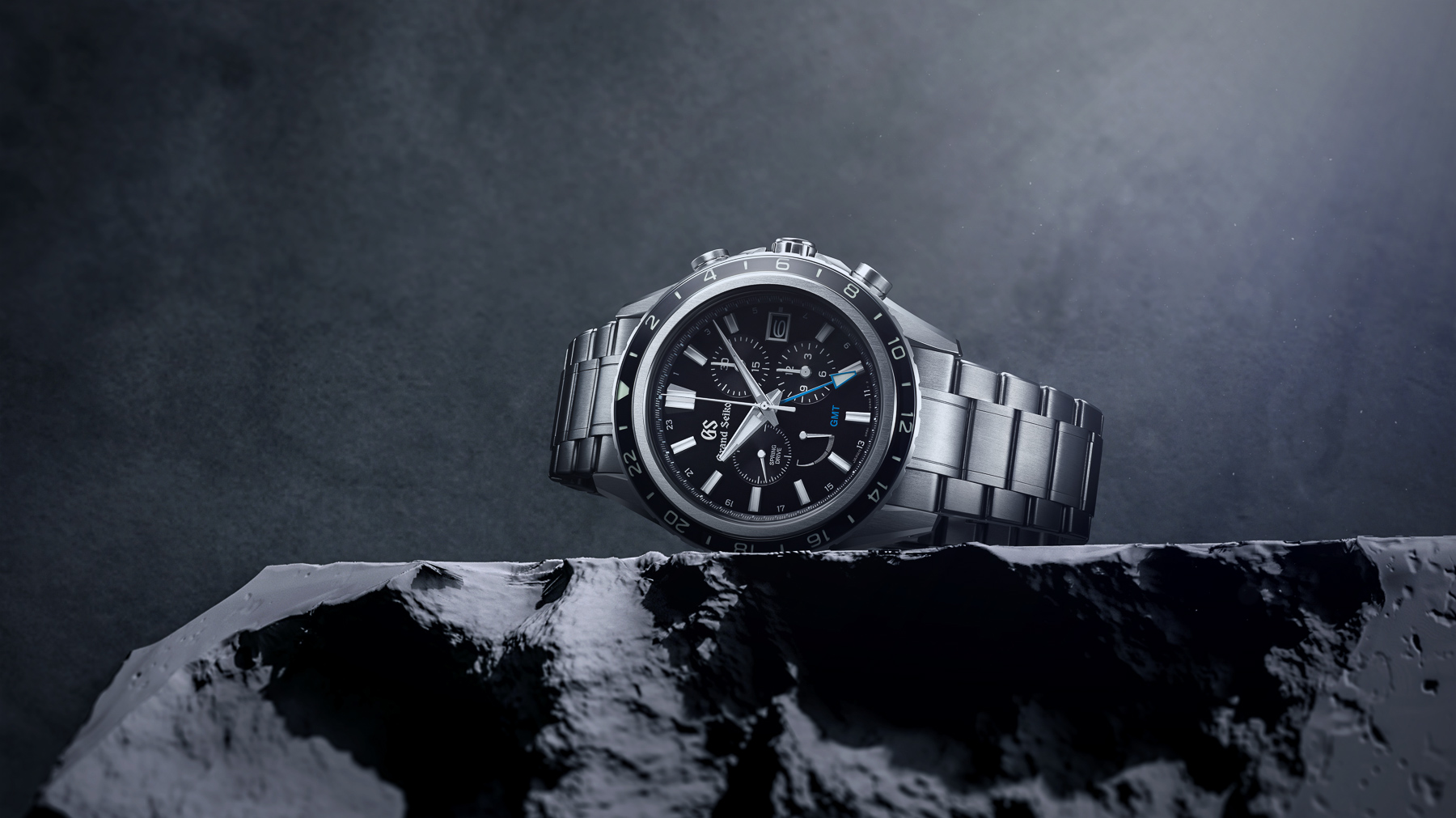 The second watch is the SBGC251. It is not a limited edition and will be a permanent part of the Evolution 9 Collection. The watch features a black dial and a black rotating bezel. It also comes equipped with a 12-hour chronograph and features a contrasting light blue GMT hand. In comparison to the limited-edition models, the color combination is less sparkling, making it a less impressive statement and more of a sporty daily wearer. On the dial, you will also find small seconds and chronograph registers, a date window at 3 o’clock, and a power reserve indicator, all executed in black with white printing. The central chronograph hand is executed in contrasting white and the GMT hand in light blue. 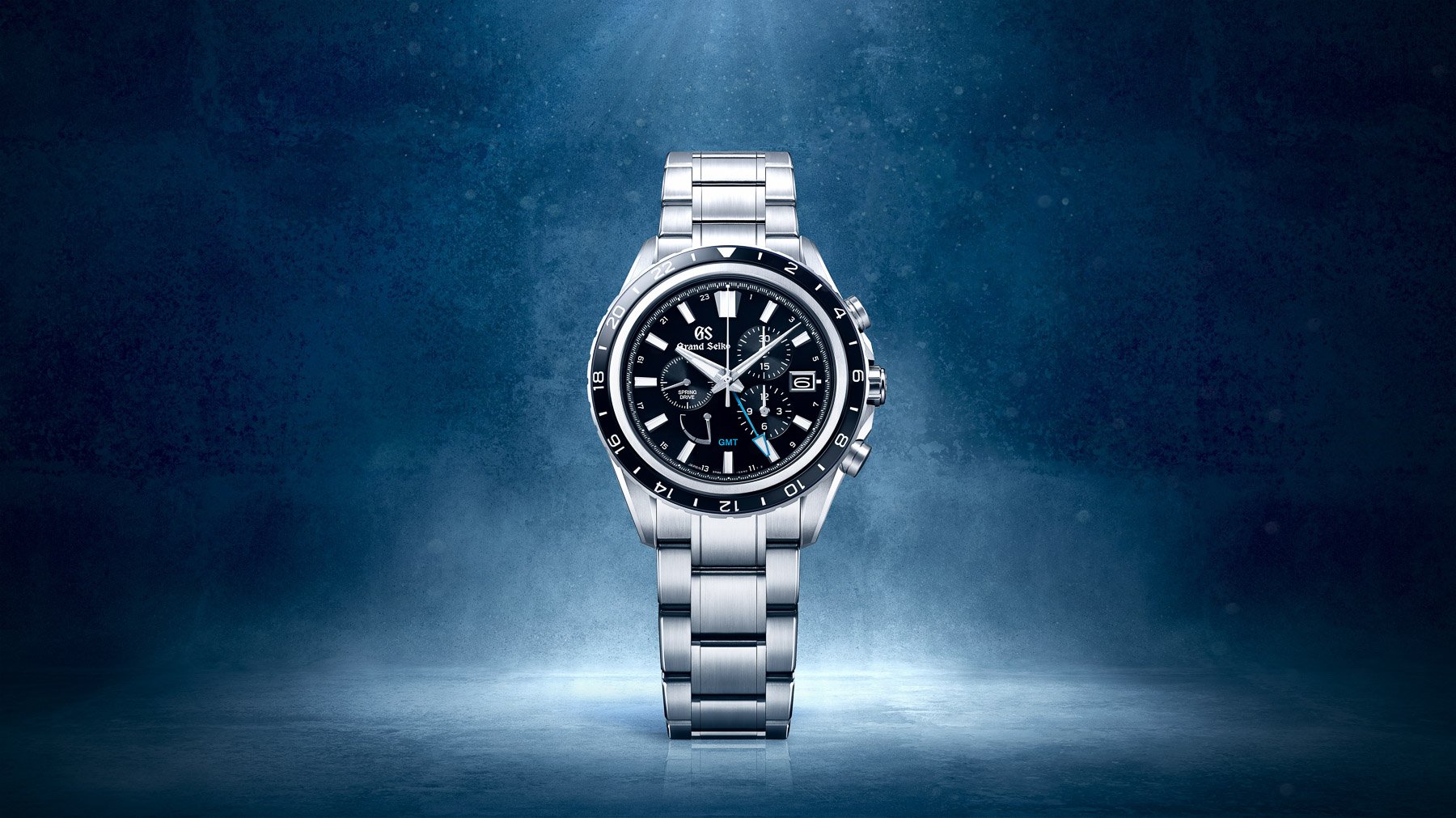 Inside the titanium case, Grand Seiko equipped the SBGC251 with the caliber 9R86. This automatic Spring Drive movement is used for the other chronograph GMT models in the current Sport Collection. So technically, this movement does not bring anything new to the table. This automatic Spring Drive movement with a column-wheel chronograph has 50 jewels and a 72-hour power reserve. Although the accuracy is not as bonkers as with the new 9R96 that powers the limited edition, an accuracy of ±1 second per day or ±15 seconds per month is still mighty impressive.

Looking at the five new releases in the Evolution 9 Collection shows the great diversity of the Grand Seiko brand. I personally love the new GMT models that Mike wrote about. In particular, the SBGE285 with its light gray dial is a great monochromatic addition to the collection. It’s also interesting to see the new case design of the SLGA015 diver. It looks a lot more modern than previous dive watches from the brand. 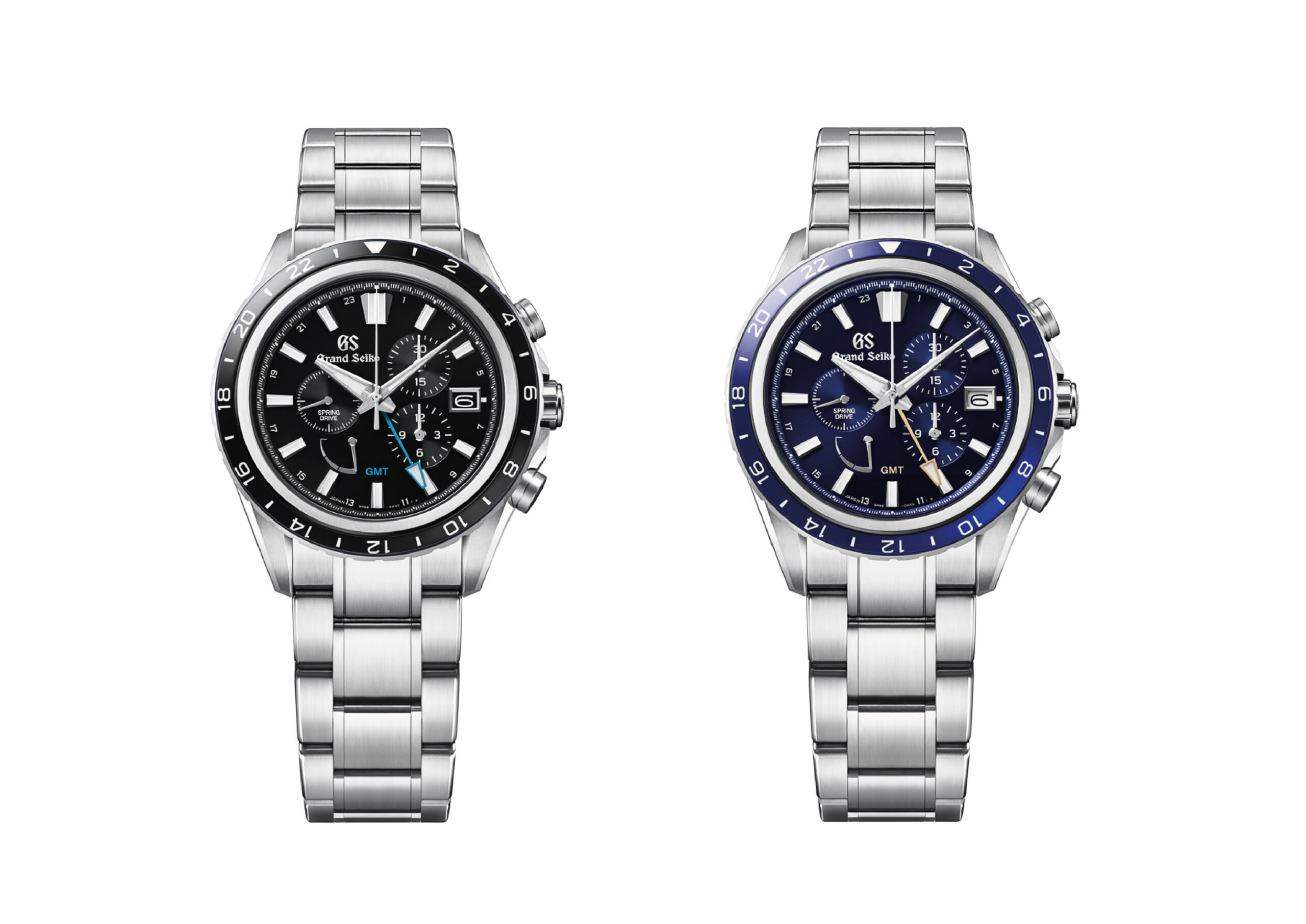 These two newly introduced models are a bit more of an acquired taste. If you like bold, sporty statement pieces that combine the low weight of titanium and great Spring Drive movements with the usual high level of quality and finishing that we know from Grand Seiko, these could be for you. The limited-edition SBGC249 is an especially interesting piece with the incredible 9R96 movement. The 700 pieces will probably sell out in a flash once they become available in June 2022 for €12,500. The non-limited black SBGC251 will be available in July for €11,500. Both watches will be available at the Grand Seiko boutiques and Grand Seiko retail partners worldwide.