The Lange 1 Daymatic “25th Anniversary” (and a classic car event)

Recently we found our way to Germany to join A. Lange & Söhne at the Classic Days at Schloss Dyck. This picture-perfect location welcomed many classic cars in pristine condition. Upon our arrival, we found our way to the ‘House of Lange’. Here we joined the other guests for the program of the day and launch of the Lange 1 Daymatic. 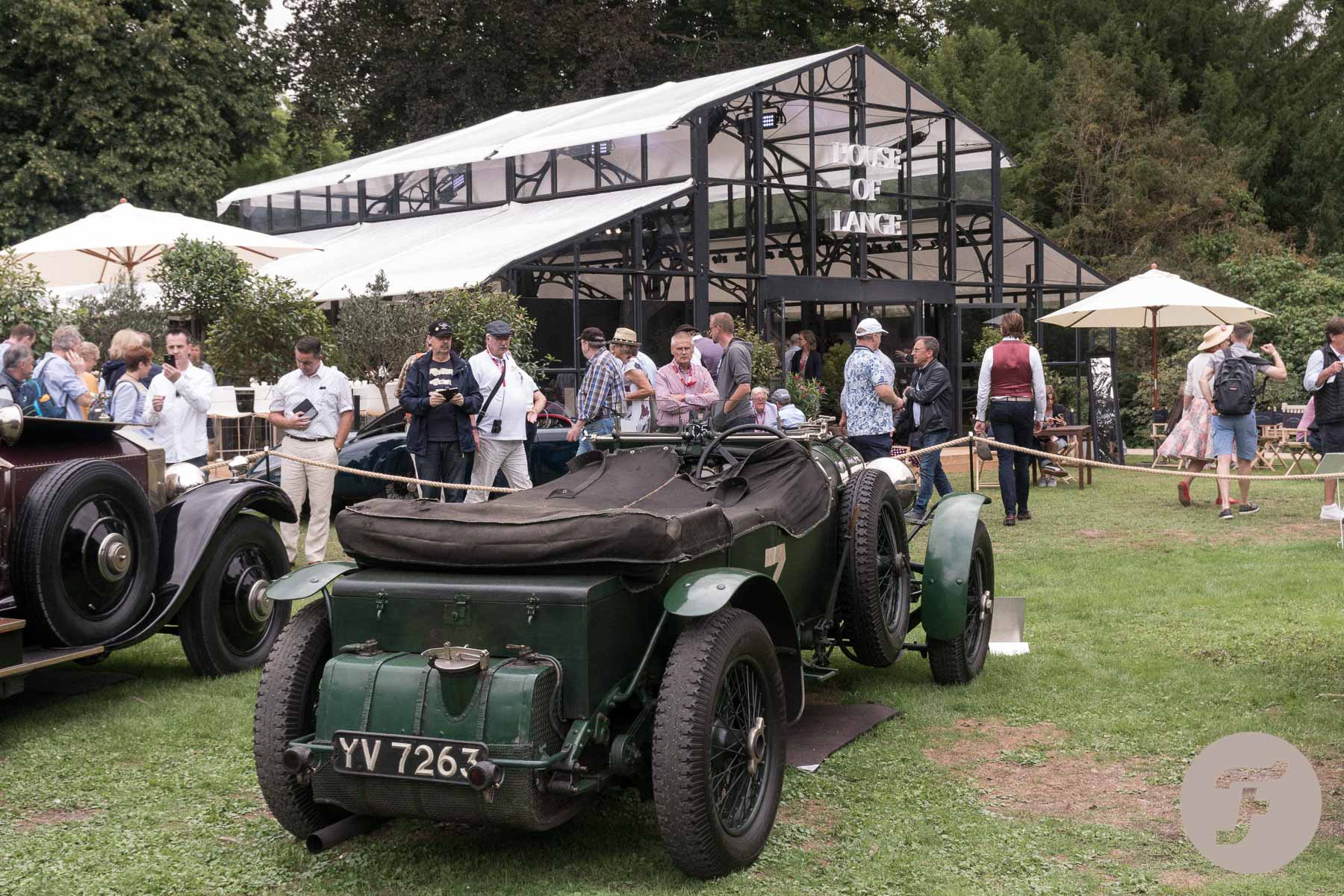 House of Lange at the Classic Days Schloss Dyck

Starting with a relaxing stroll around the exhibition area on the museum island, right next to the castle was already amazing. This is where all the masterpieces are on display, that participates in the Concours d’Eleganza. All cars are categorized from A to I, each with its own class covering cars that were built between 1922 and 1985. Quite amazing I have to say, seeing some scarce prototype cars, or some that are nearly 100 years old. And all are in a museum or even a showroom condition. The highlight for the 2019 show is a W25 ‘Silberpfeil’ or silver arrow. But in all honesty, all cars that were on display were highlights of the show. 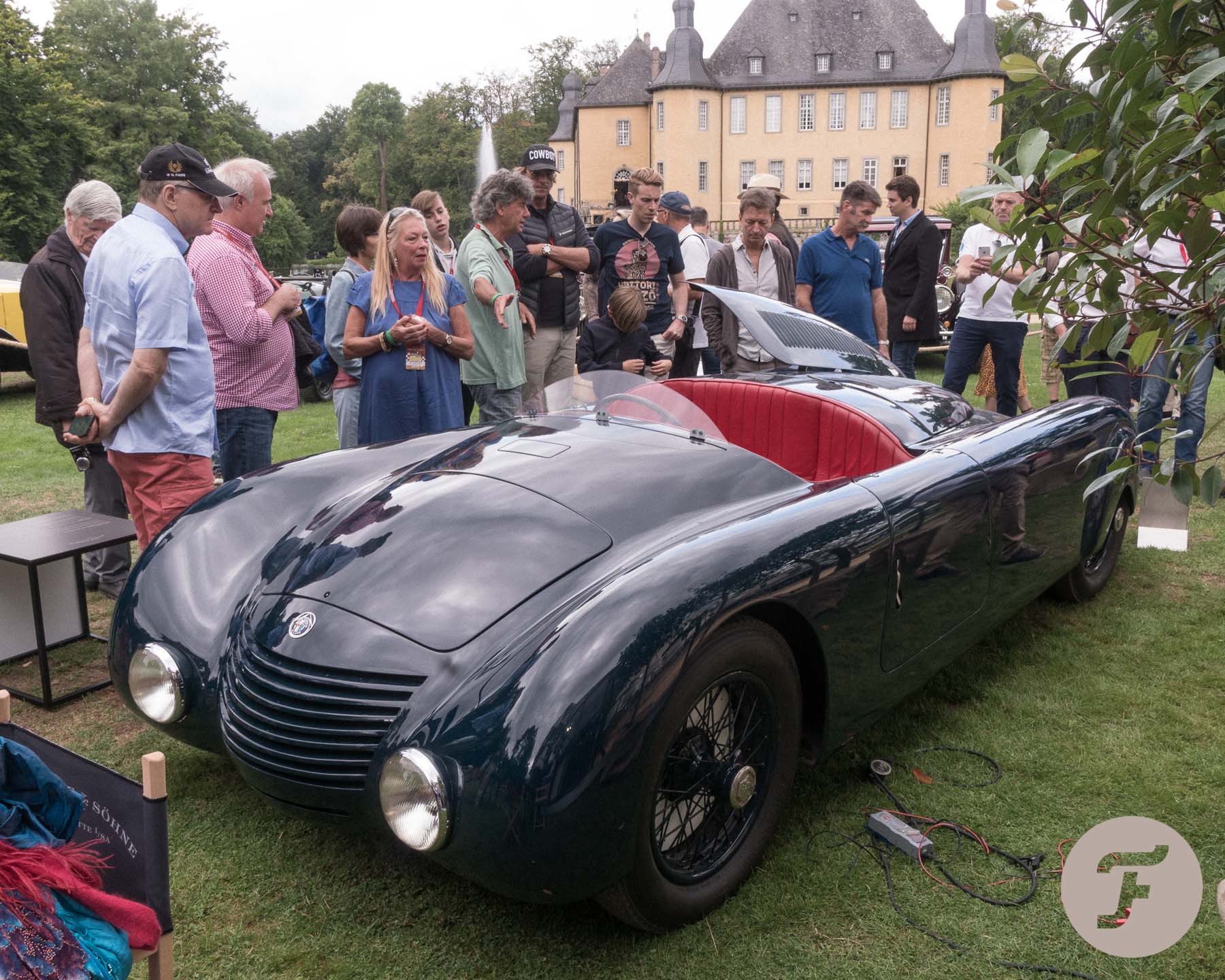 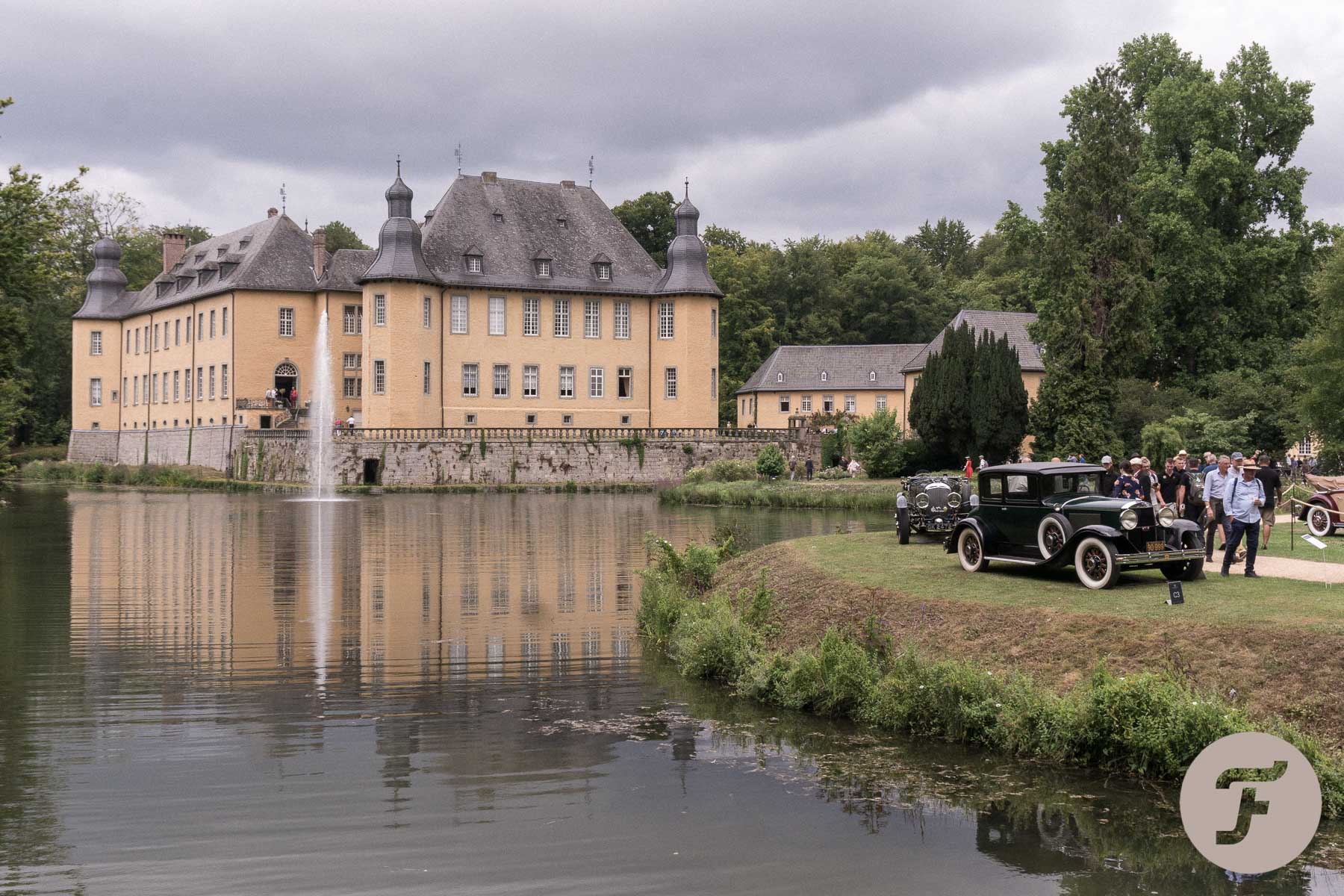 Even when walking around on the rest of the event terrain, the amount of great classic cars seemed endless. Combined with some modern cars, there was something to enjoy for each and every one. Something that showed in the visitors. You can’t think of a more diverse audience. With such a packed event, we missed out on the first driving experience at the specially prepared race track which was located around the event terrain itself. So more time to enjoy the view and the smells that get a petrolhead going. 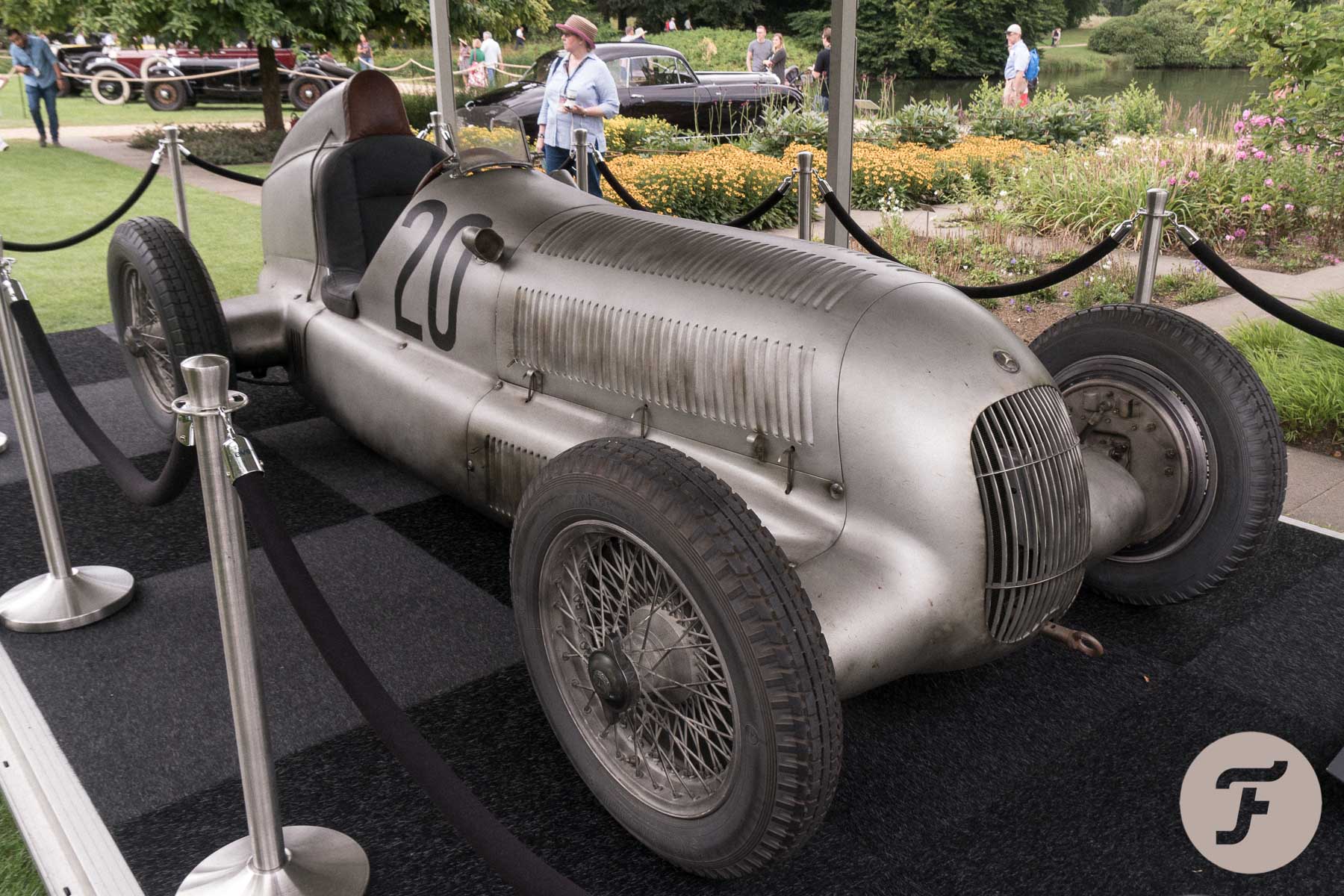 We didn’t just come here for the cars, also for the 25 anniversary of the Lange 1. With the first limited edition being introduced during the SIHH in Geneva, new models are added monthly, 10 in total. Where the first watch is limited to 250 pieces, all the other models are limited to 25 pieces only. And the best thing is that all 8 models that have been released so far are on display at the House of Lange this weekend. According to the watchmaker, this is unique, and the first moment to see them all together. 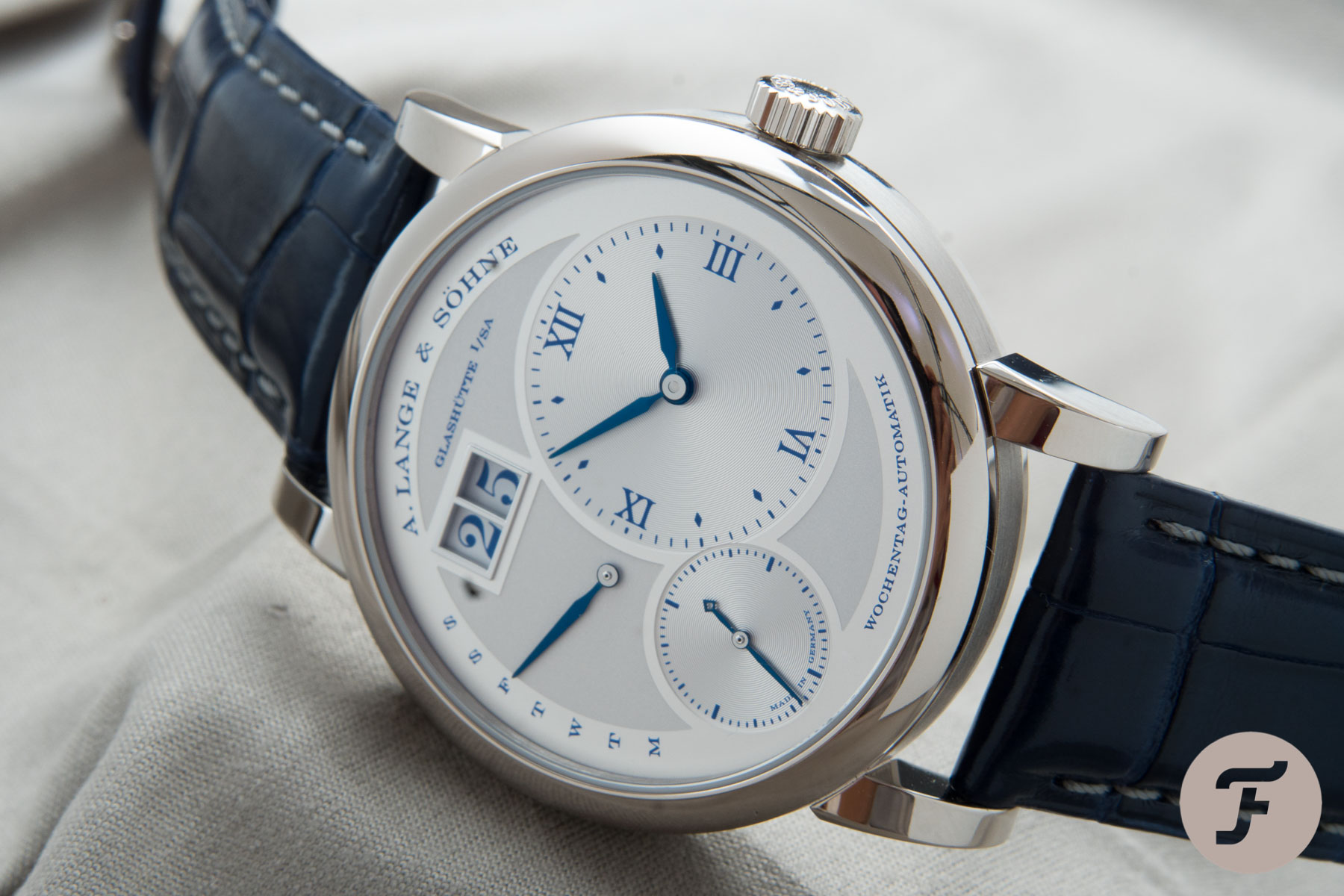 This weekend, the Lange 1 Daymatic 25th Anniversary limited edition is presented to the public. First introduced in 2010 as the automatic version of the Lange 1. Most striking is the mirrored display which has the hours and minutes on the right. The small seconds and large digital date sit on the left side of the dial. Because the Lange 1 watch has an automatic movement, the power reserve indicator is replaced by a retrograde weekday display. The higher this hand moves, the closer to the weekend it is. Don’t know if they did this for a reason, but for some, it may feel like getting more energetic towards the weekend. 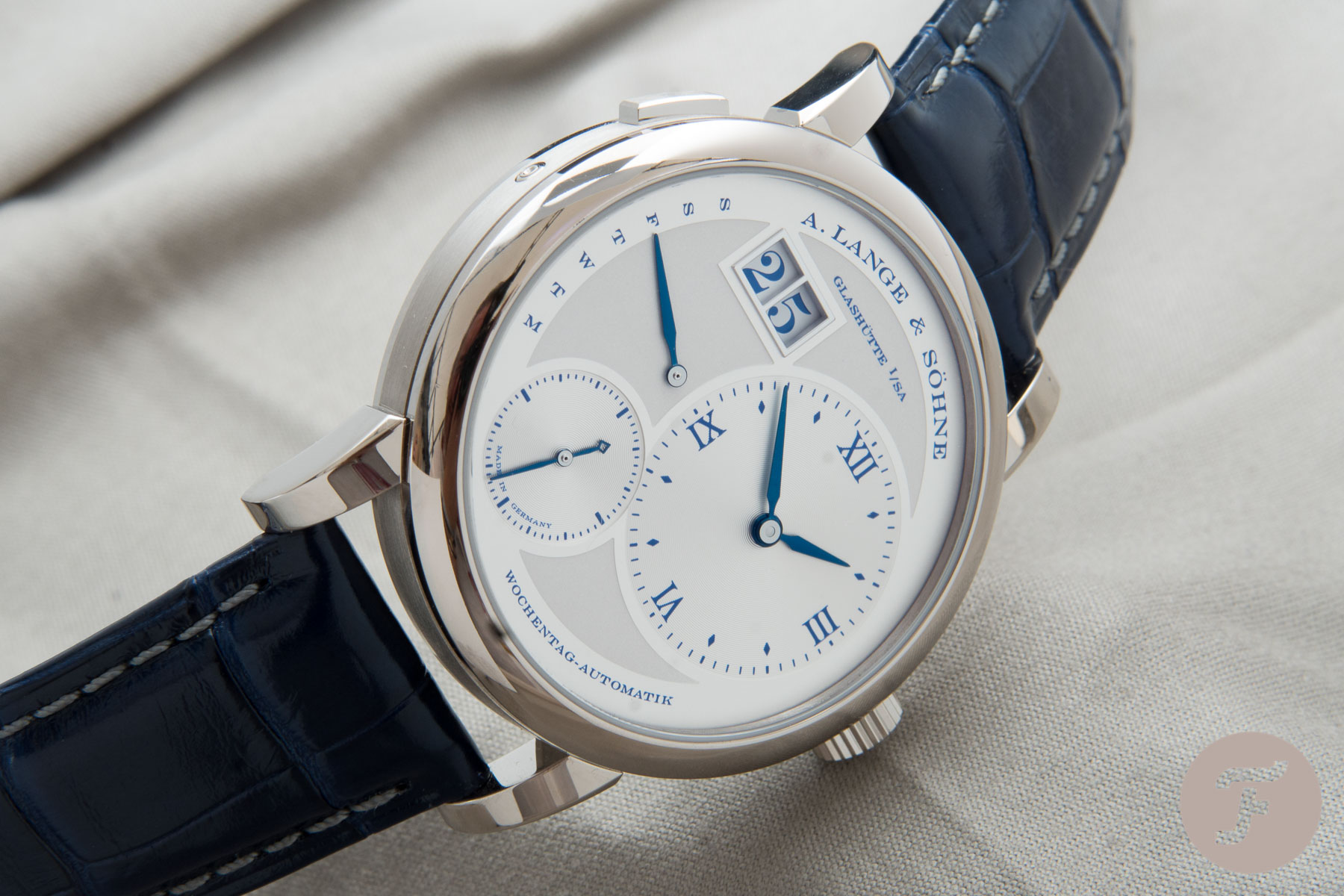 Similar to the other 25th anniversary models it comes in a blue and silver colour combination. The 39.5mm white-gold case straps to the wrist with a dark blue alligator strap and white gold buckle. Hands are blued and all printing on the dial, as well as the large digital date, are in the same tone. Quite the combination but with a weak spot for this watch, it’s hard not to like it. 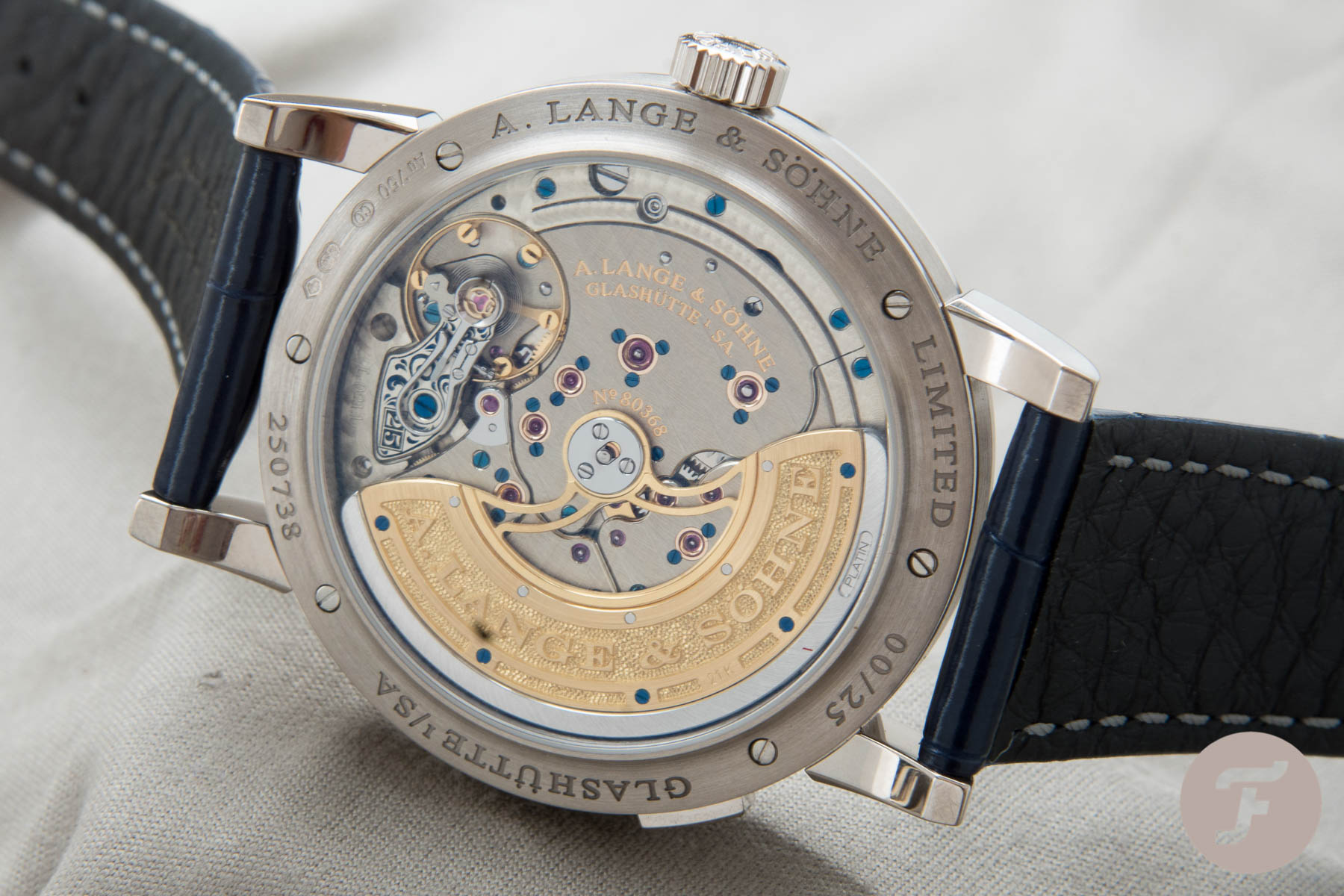 Powered by the automatic manufacture calibre L021.1, it has a power reserve of 50 hours. Probably more but usually brands mention the guaranteed time. Through the sapphire case-back, you can admire the beautifully handcrafted movement. On the central rotor, a platinum mass is used for better winding results. Also note the special hand-engraved balance cock which, for these special editions, have the number 25 engraved on them together with a floral design — again finished in the same blue colour, matching the other details on the watch. 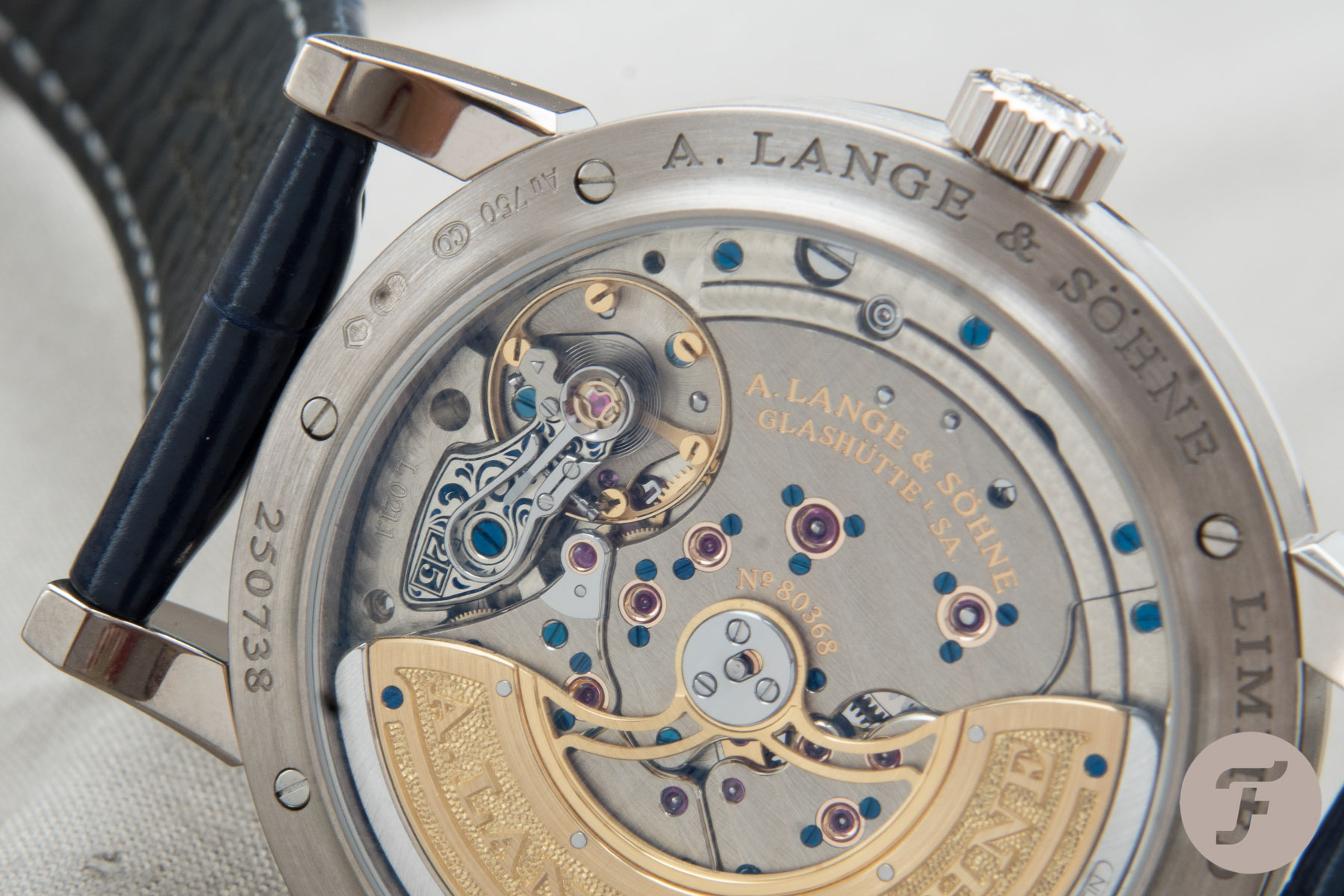 While looking forward to the final two models of the 25th anniversary of the Lange 1. We’ll soon take some more time to have an in-depth look at all the other models or the complete collection of them. For now, we would like to thank A. Lange & Söhne for the invite to the Classic Days at Schloss Dyck, and their great hospitality. More images of the event itself are attached.