You know that when we talk about legendary bracelets sooner or later the Rolex Jubilee makes an appearance.

It’s just inevitable. The Jubilee is just one of those bracelets you immediately associate with Rolex. It is making a watch instantly recognizable as a Rolex. While the brand mostly used it on dressier watches, the Jubilee found its way to some sportier models too. Like the GMT-Master. Truth be told, it does not look good on all Rolex sports watches. Or does it? Well, we will talk about the newest models later. For now, let’s stick with the vintage watches. 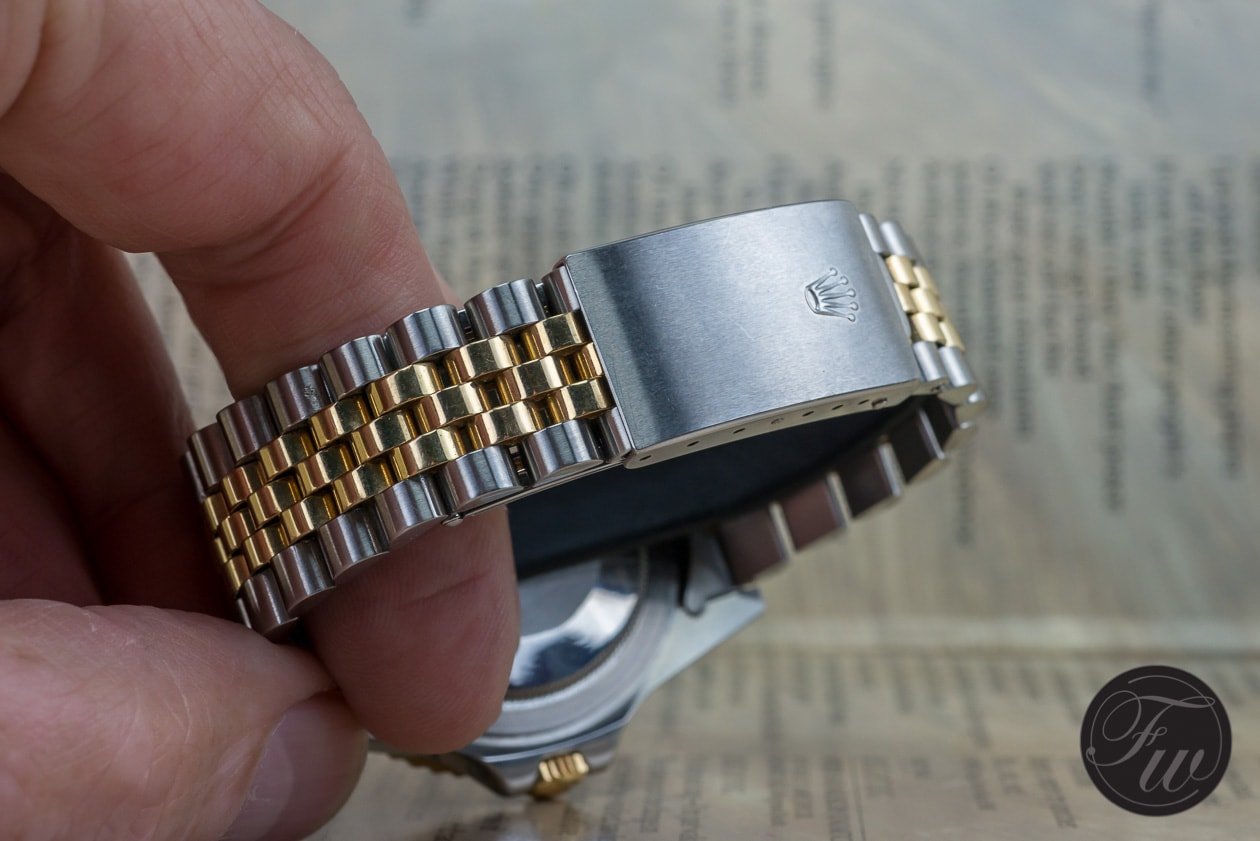 History of the Jubilee

The Jubilee, as its name suggests, was born to serve an anniversary. Hans Wilsdorf had established Rolex in 1905, in London. Actually, the company Wilsdorf and his brother in law Alfred Davis founded was called “Wilsdorf and Davis”. This initially would become Rolex S.A. Hence the company looks at 1905 as their establishing date. Right after the Second World War, in 1945, Rolex was celebrating their 40th anniversary. To mark this special occasion (jubilee if you like) the company released a new bracelet. One that had not borne any resemblance to previously used Rolex bracelets. It had (and has to this day) five links in a row; two larger brushed pieces on each side and three smaller, polished ones in the middle. At the time when it first came out, Rolex only made it in solid gold. That would, however, change in a few years’ time. 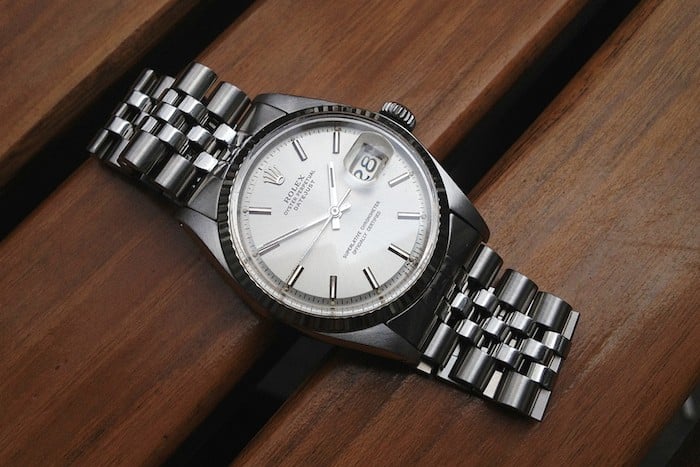 In the 1950s (some say it was 1956, another quote 1955) when Rolex introduced the President bracelet, the Jubilee was somewhat degraded. Before it was pretty much the only dressier option, made in sold gold exclusively. After the president hit the market, first the two-tone and later the steel Jubilee came to the market. The President remained the ultra-high-end elegant bracelet for the top-notch pieces. The Jubilee became an accessory that Rolex used on a wide variety of watches. Yet, as far as the design is concerned, the Jubilee technically remained the same all these years. Obviously, features like the clasp or the links themselves received some upgrades. But the overall look and feel of the bracelet are still the same as it was 50-60 years ago. Perhaps this is the secret of the Jubilee’s success. Ok, the fact that so many Datejusts came on it helped too. 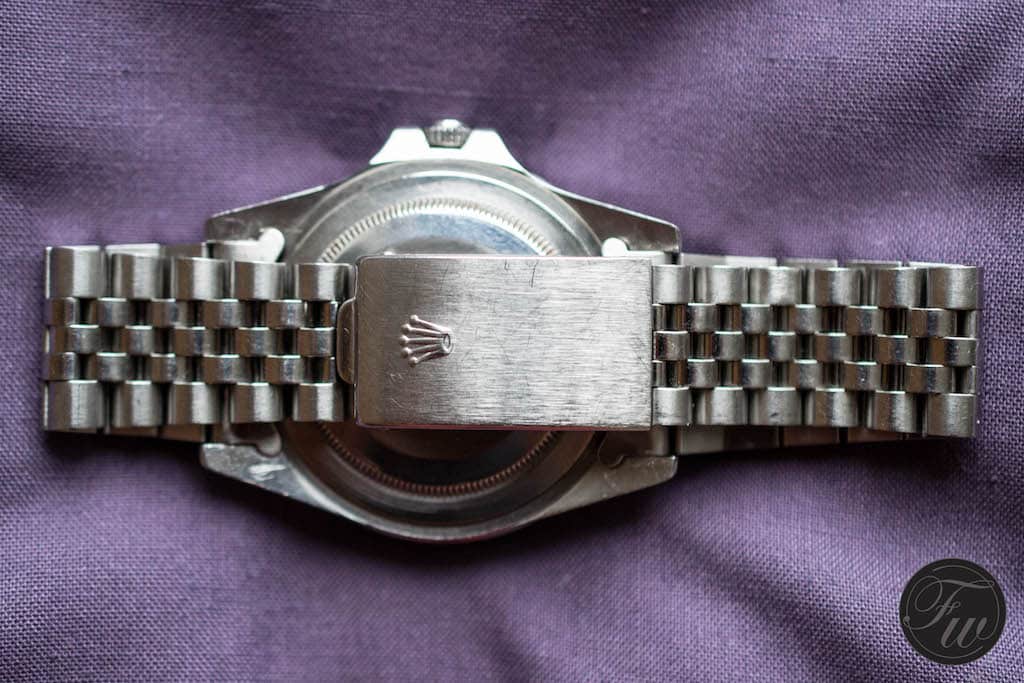 A number of different references are out there since the Jubilee had been in the catalogues for a long time both for men and women, steel, two-tone perhaps solid gold. You could meet with references like the 6311 or its later version the 63110. Both steel versions. Another reference would be the 6252H from the 1960s. Still, the reference that most of us come across is either the 6251H or it’s later version the 62510H. The 6251H is the older, flimsier version of the two thanks to its folded links. Here the links that make up the bracelet are not solid steel, like the 62510H, but steel plates rolled and folded over each other. You can see this by looking at the side of the bracelet. The 62510H, on the other hand, has solid steel links. Albeit it’s light and rattles a lot I love the 6251H, particularly its clasp. 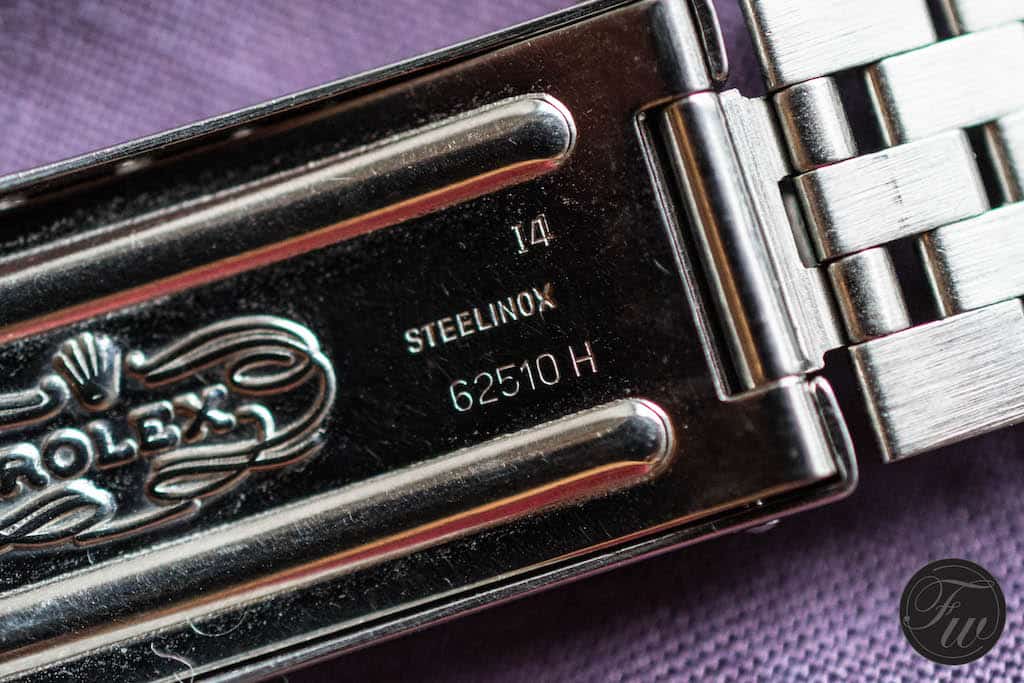 While the Jubilee never really left the Rolex collections the brand did not offer them with their steel sports models anymore. Back in the day, certain GMT-Master models came on the Jubilee but in recent times models like the GMT-Master II or the Submariner did not have this option anymore. They went with the sportier, 3-flat link Oyster bracelets. Until last year, anyway. In 2018 Rolex released their latest GMT-Master II in steel with a Pepsi bezel (until then Pepsi GMTs were only made in white gold) and Jubilee bracelet, the 126710 BLRO (Bleu Rouge as in Blue Red). It’s safe to say that the new steel Pepsi was one of the hottest releases of Baselworld 2018. Then this year, Rolex came with yet another version of the new steel GMT-Master II on the Jubilee; the black and blue bezel version aka the Batman (126710BLNR – Blue and Black). Also, Rolex communicated that from now on, the GMT-Master II in steel will be only available with a jubilee bracelet. 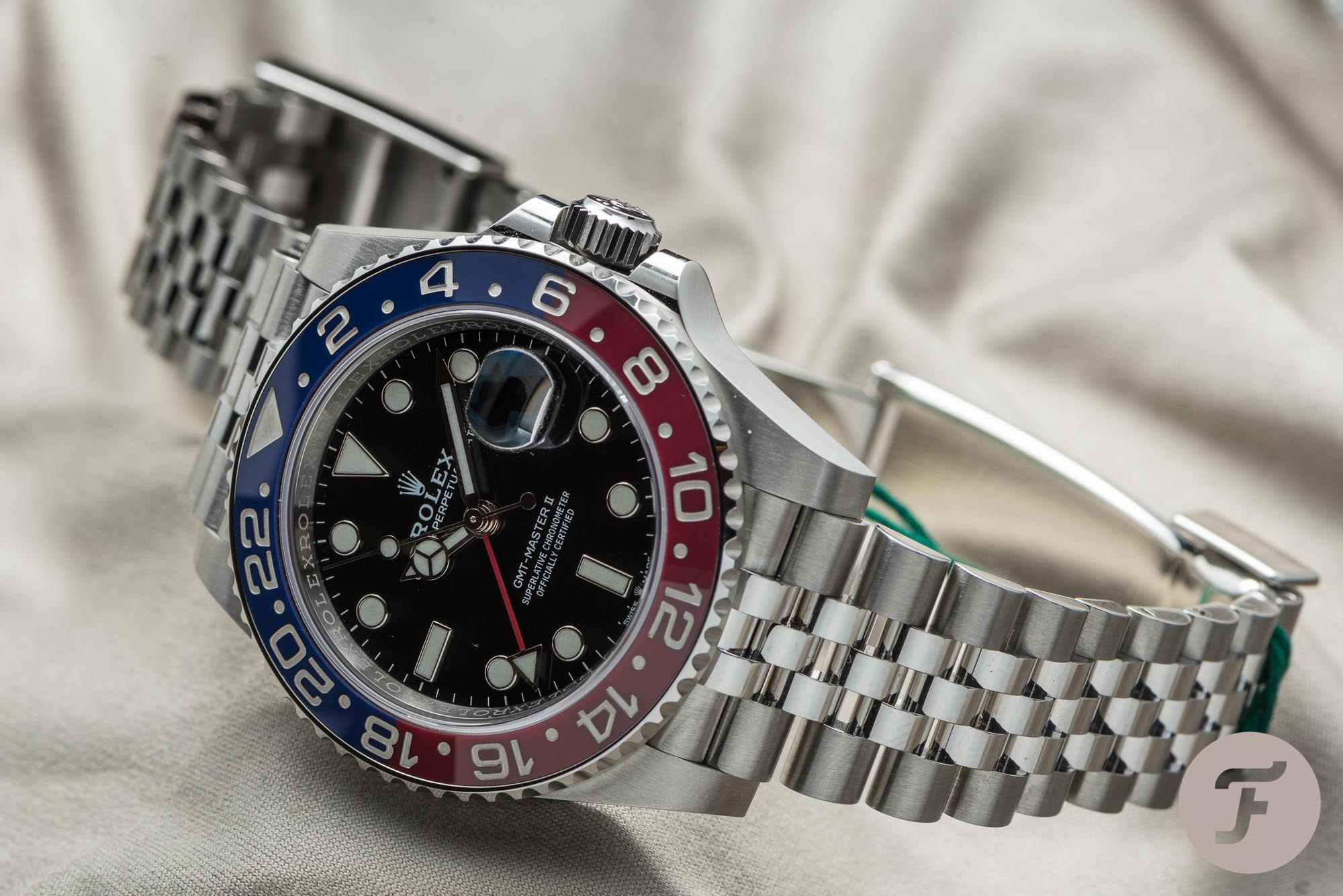 The Jubilee bracelet improved over time but the overall look of it hasn’t changed since its early days. This is a great indicator of how timeless this design is. Something that looked awesome in the 1940s is still contemporary and elegant in 2019. Granted with some modifications. Another factor that adds to the Jubilee’s legendary status is the fact that many watch brands have been copying it for years. I guess bracelet design is a bit of a grey area when it comes to copyright anyways. After all, what can you come up with that has not been done before? Still, the resemblance is clearly there. One of the most known “copies” are the Seiko “Jubilee” bracelets that the Japanese often use on their sports divers. And they look good too. Still, for me, nothing beats a Rolex 1675 GMT-Master on a vintage Jubilee bracelet.